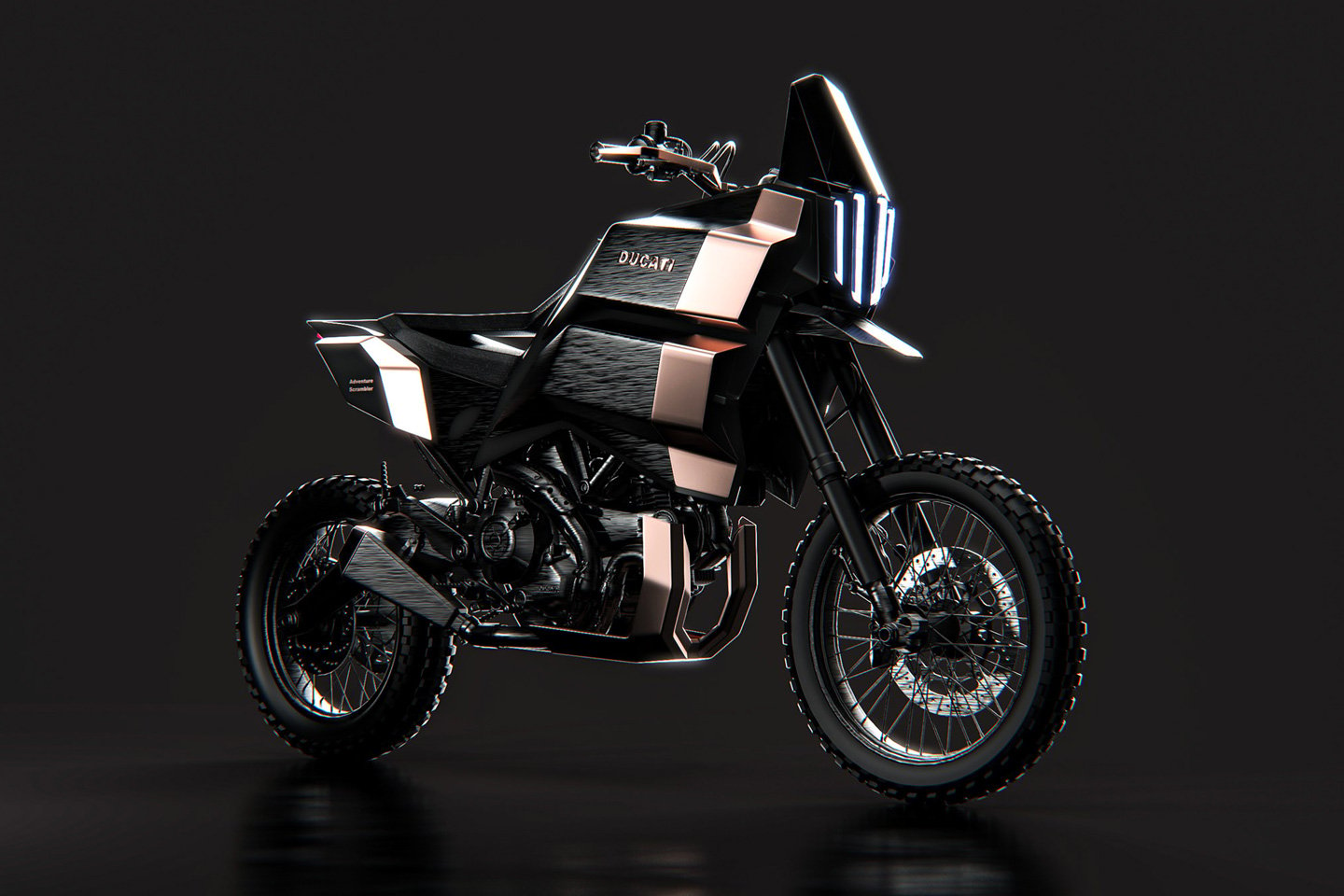 The Ducati Adventure Scrambler’s edgy, futuristic aesthetic demands to be seen… even if you use it to ride on dusty desert terrain or on lone mountain roads.

The concept’s styling really sets it apart, blurring the lines between scramblers, dirt bikes, and café racers. While you’d expect a dirt bike to be much more bare-basics and lean, the Adventure Scrambler has a more meaty, sinewy, robust design that gives it that commanding authority a café racer has with its voluminous torso. However, the Ducati Adventure Scrambler concept treads more within Cyberquad territory, with a design that rejects absolutely every chance to have a curved line or surface. Instead, the Adventure Scrambler’s low-poly design gives it its appeal, making it look unnatural… a simple trick created by using pure straight lines, which are never found in nature. 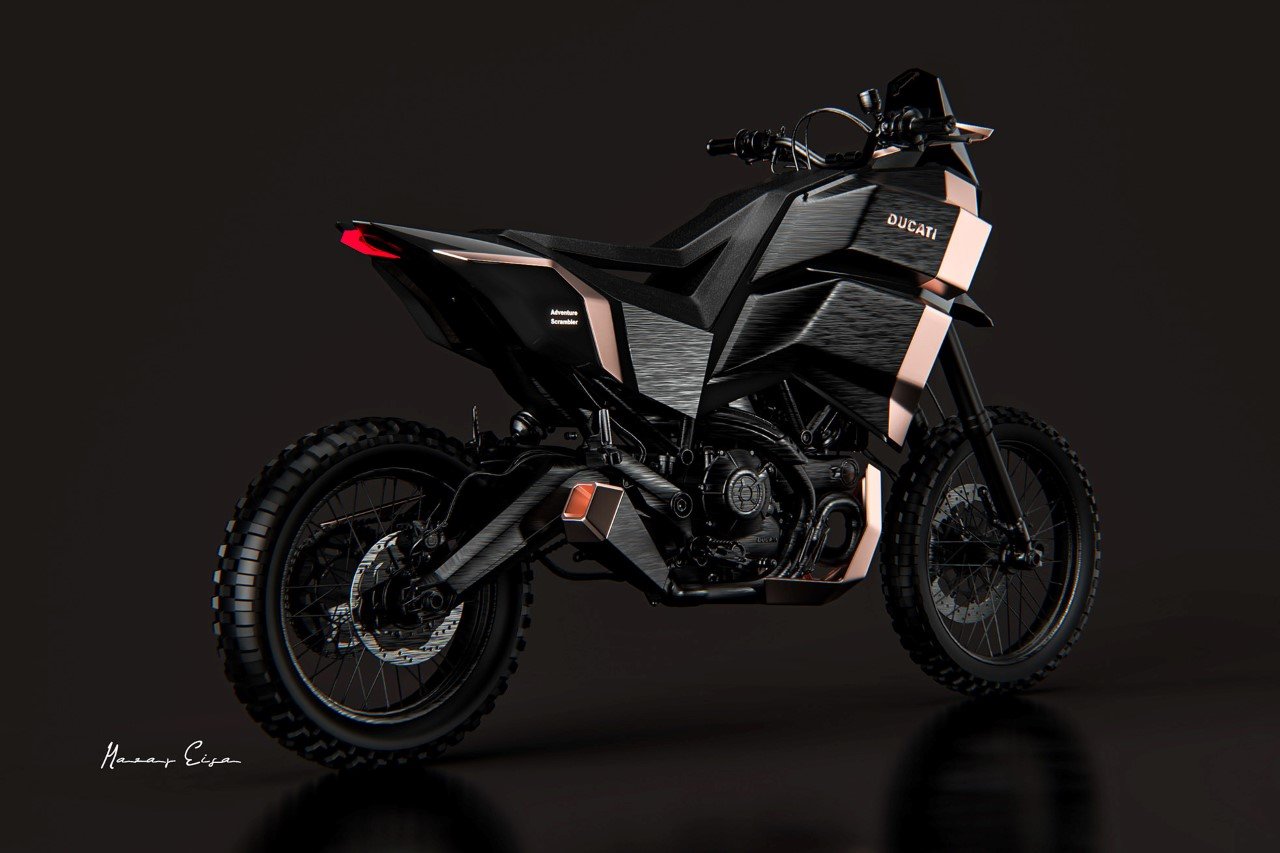 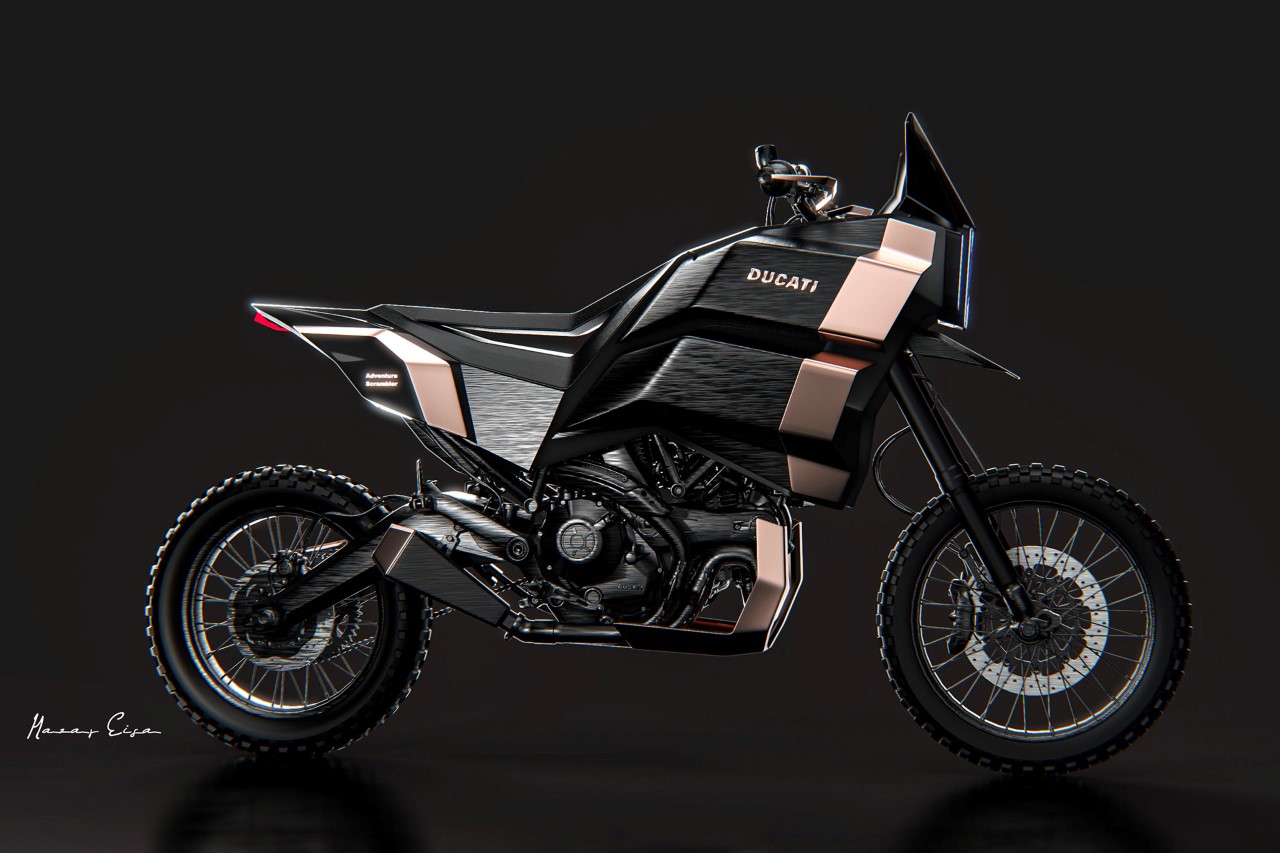 The bike’s side profile has a lot to admire and analyze. The concept’s silhouette has what’s effectively the wheels, ground clearance, and suspension of a dirt bike or adventure bike, but with the mass of a heavier café bike on it. This fusion of sorts, however, is probably one of the last things you notice, given that the bike’s surfacing is its most captivating detail. The edgy form factor is accentuated by the Ducati Adventure Scrambler’s exquisite paint-job, a combination of brushed black metal and rose gold. It’s rare to see this color-way used on adventure two-wheelers, but then again, the concept is FAR from being conventional at this point! 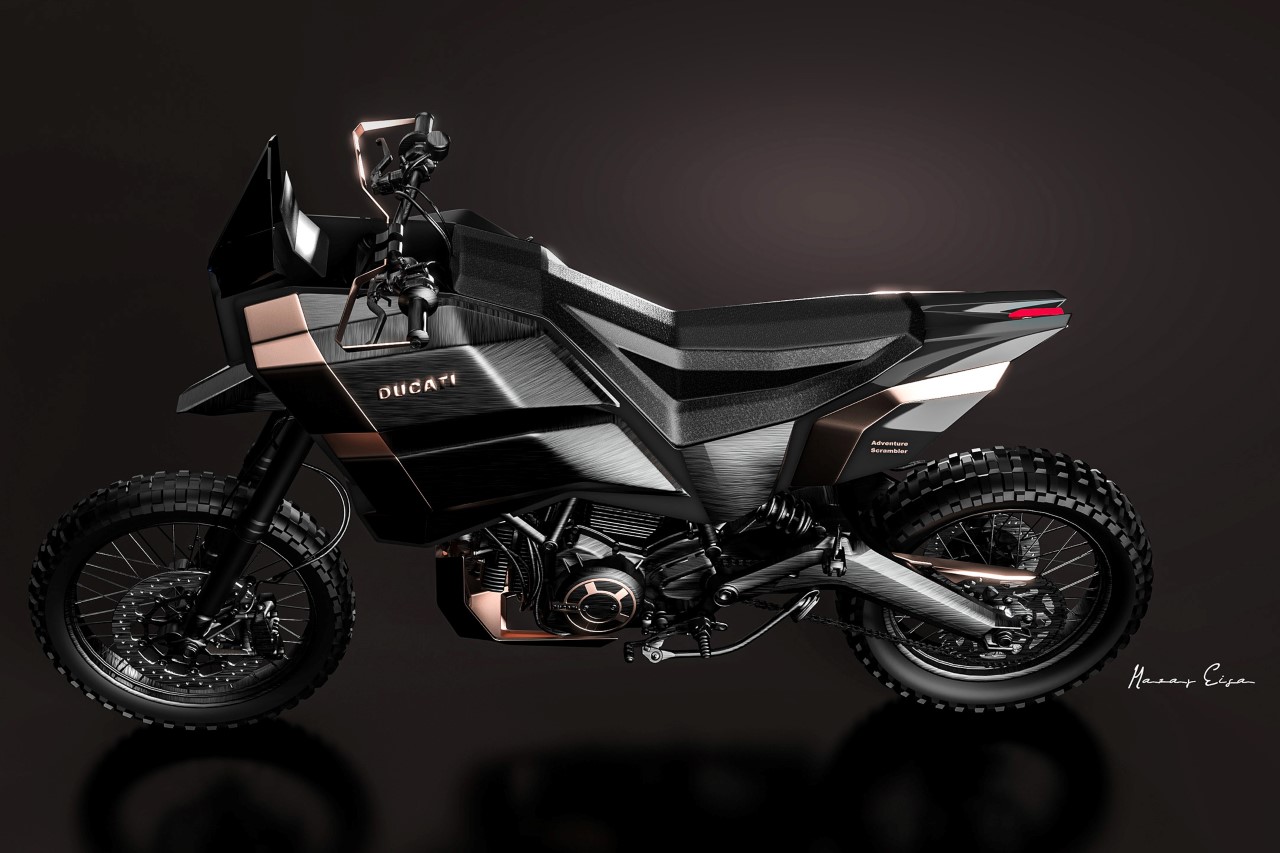 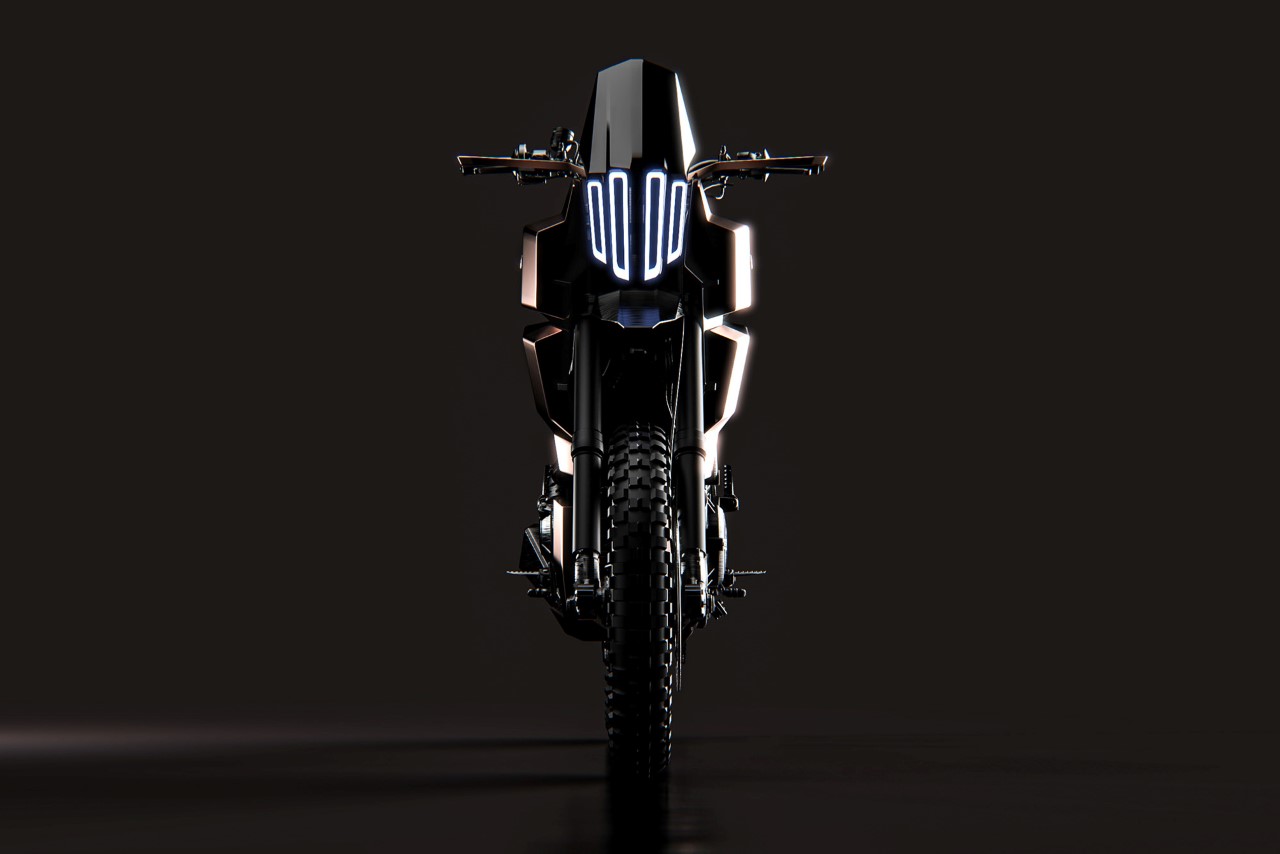 Another standout feature is the bike’s steely cold stare, brought about by four edge-lit elements that present themselves on the front of the two-wheeler as its headlight setup. The headlights reinforce the underlying theme of ‘no straight lines’ and do away with the conventional circular headlamp (practically an icon with Ducati’s scramblers). While some bikes ditch single headlamps for a dual-lamp setup, the Adventure Scrambler concept replaces that with four ‘eyes’ that look at you with a stare that says a lot – starting with “get out of the way”! 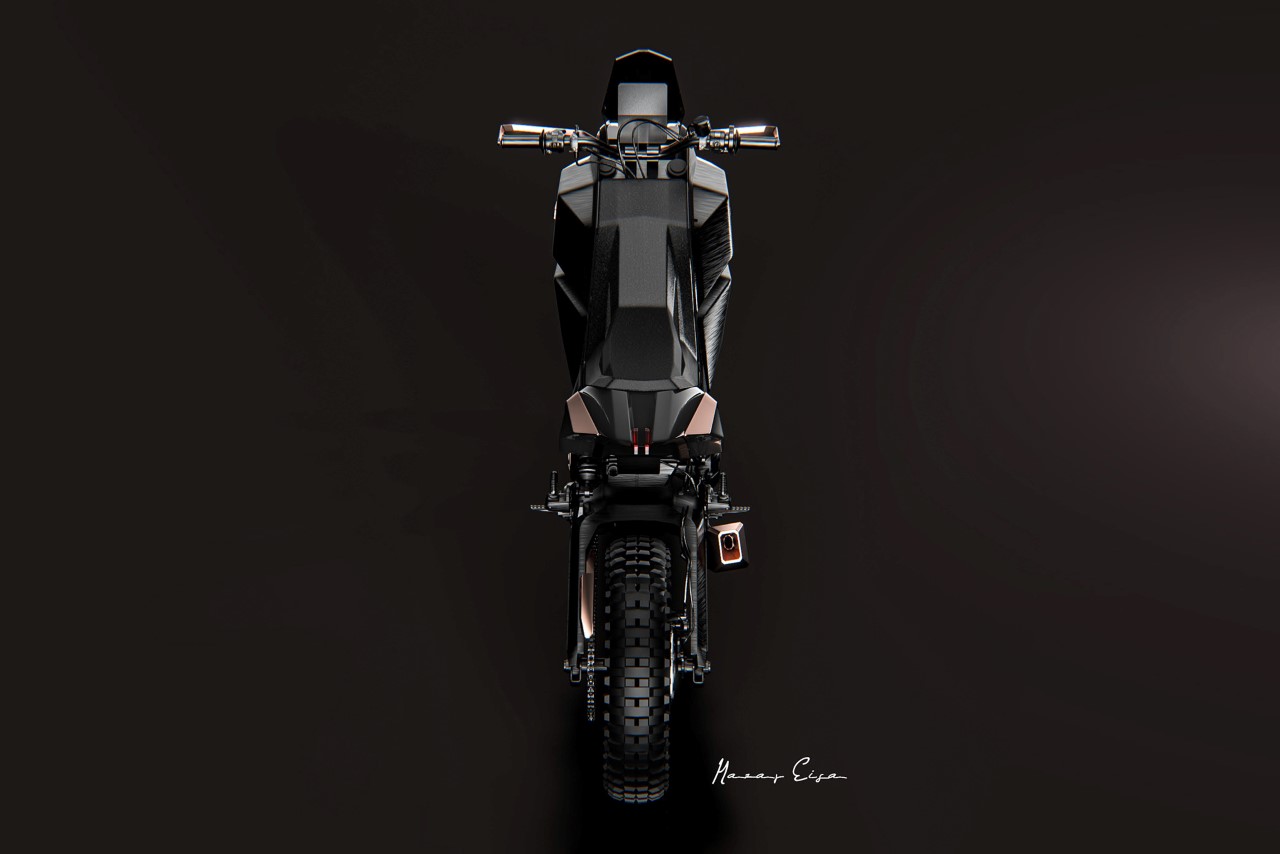 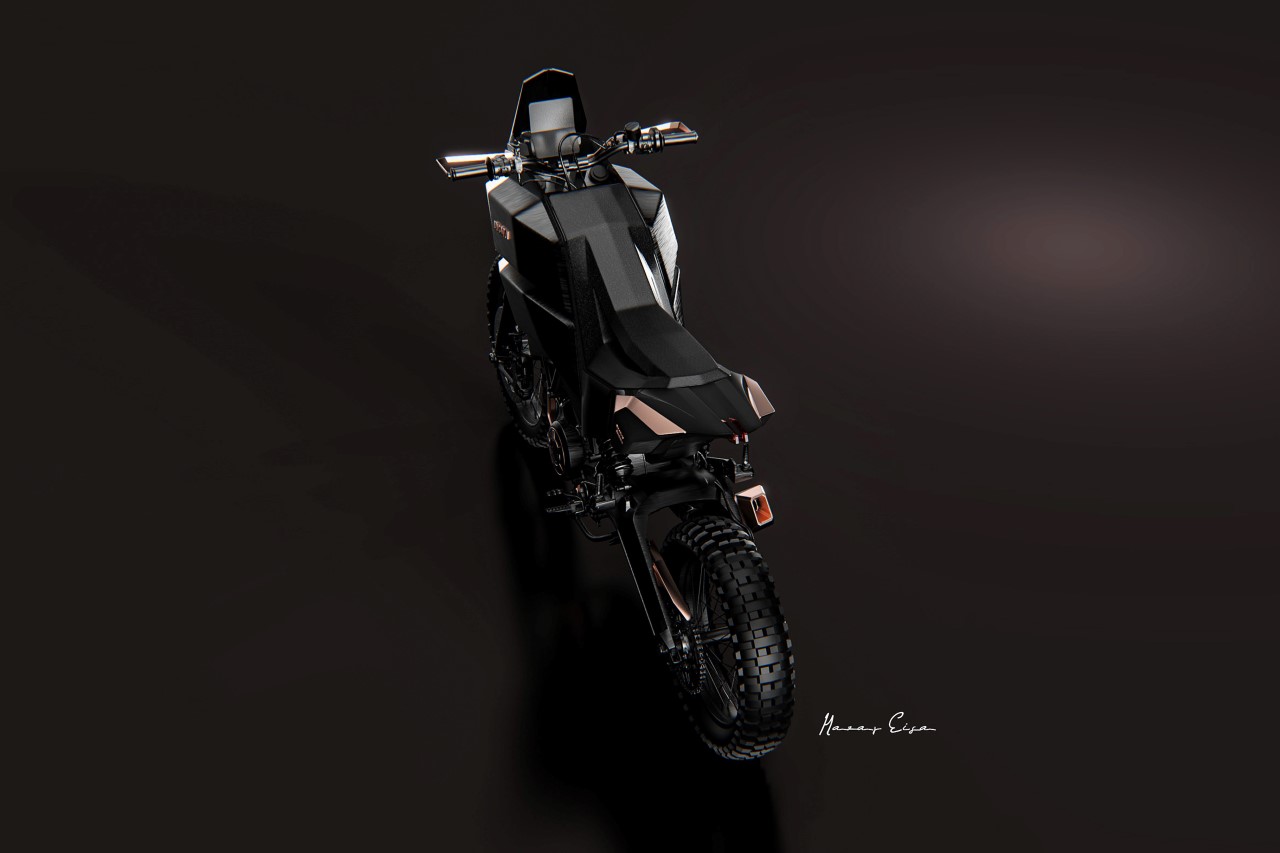 Nazar Eisa’s Adventure Scrambler does a pretty good job of aesthetically shaking things up by disturbing the comfortable lull most scramblers, café racers, and dirt bikes have settled into. From its form language to its details and even the paint-job, it creates a bike that’s best described as a combination of unconventional and futuristic. Even though scramblers and dirt bikes are made as endurance machines, the Ducati Scrambler Concept also shows that they can be made desirable enough to even be used on roads too… and I’m sure this bad-boy would turn a whole bunch of heads. Sadly though, the bike exists just as a fan-made concept for now (it isn’t formally associated with the Ducati brand), although the template it sets could easily spawn a few custom builds, no? Any enthusiastic bike designers looking to bring this to life? 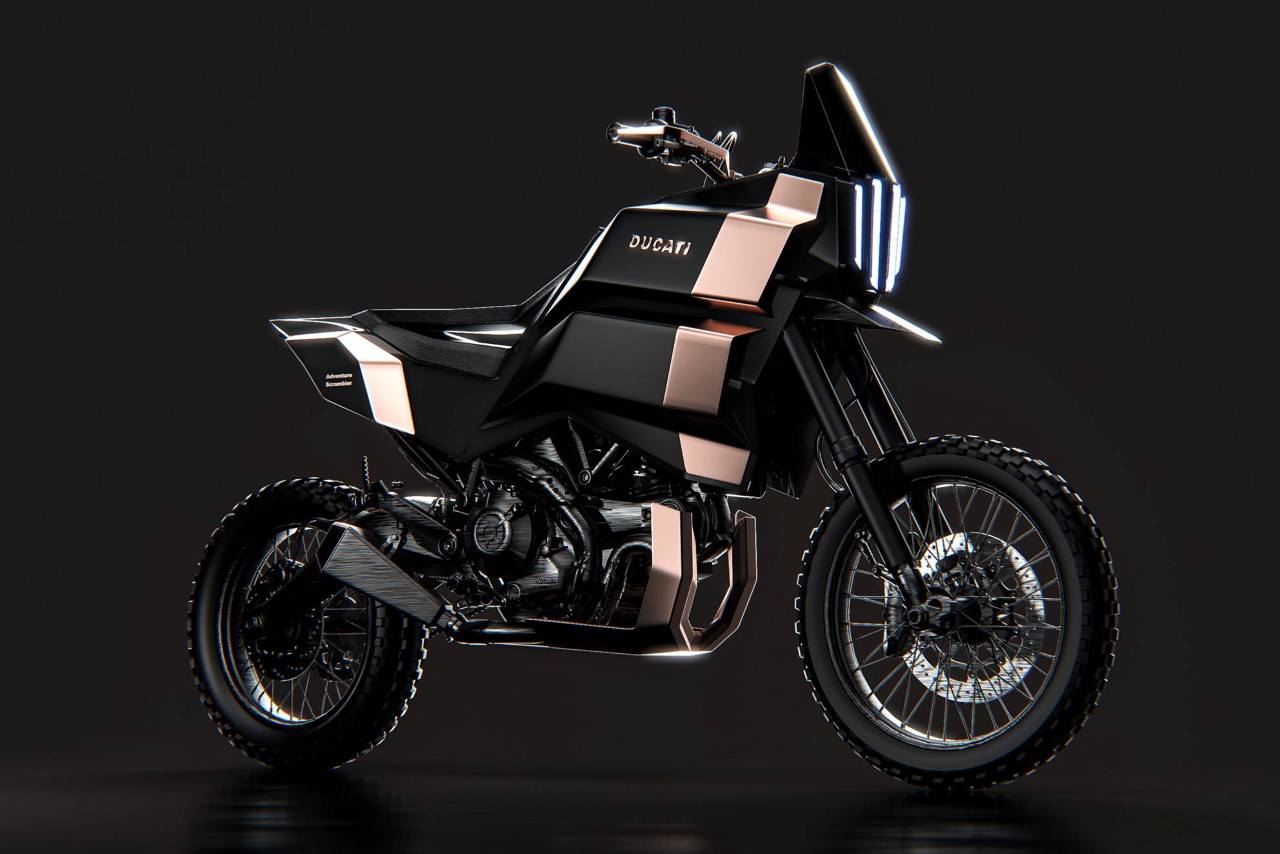 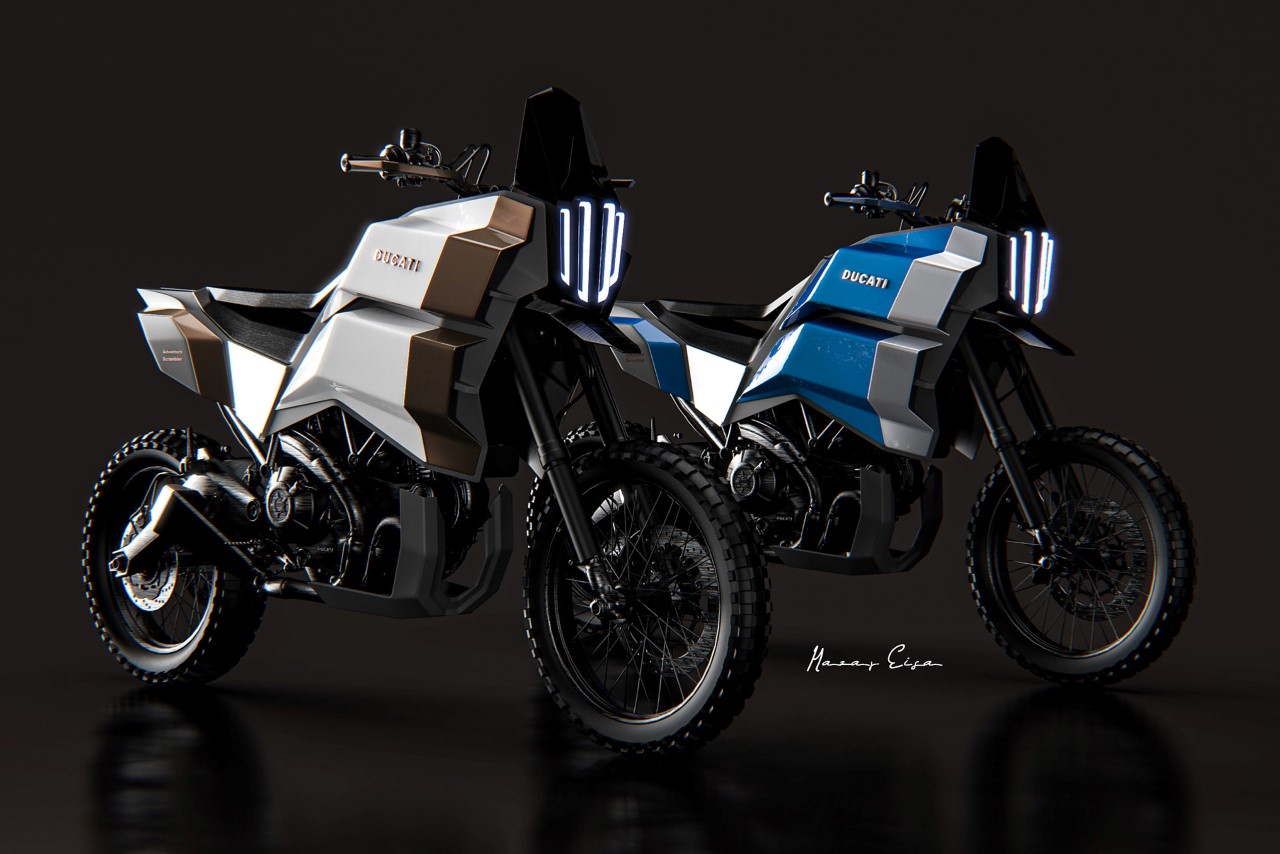 Volkswagen Beetle was, is, and will be the darling of automotive enthusiasts and custom shops – be it for pure driving bliss or giving the iconic four-wheeler…