When I think of 3D printing, I’m both amazed by how great the technology is, and confused by how it hasn’t changed much in over a decade. Desktop 3D printers are pretty much the same as they were back in the 2010s, with probably minor differences in materials, motors, and software as the years pass by. For the most part, your average printer still uses an extruder that moves in the X and Y axis, a print bed that moves up and down on the Z-axis, and a single roll of filament that lets you print objects in one color. The key improvements over the years have been in quality, reliability, speed, and sound… but a new little accessory is giving the existing 3D printer a radical new function – printing in multicolor AND multi-material! 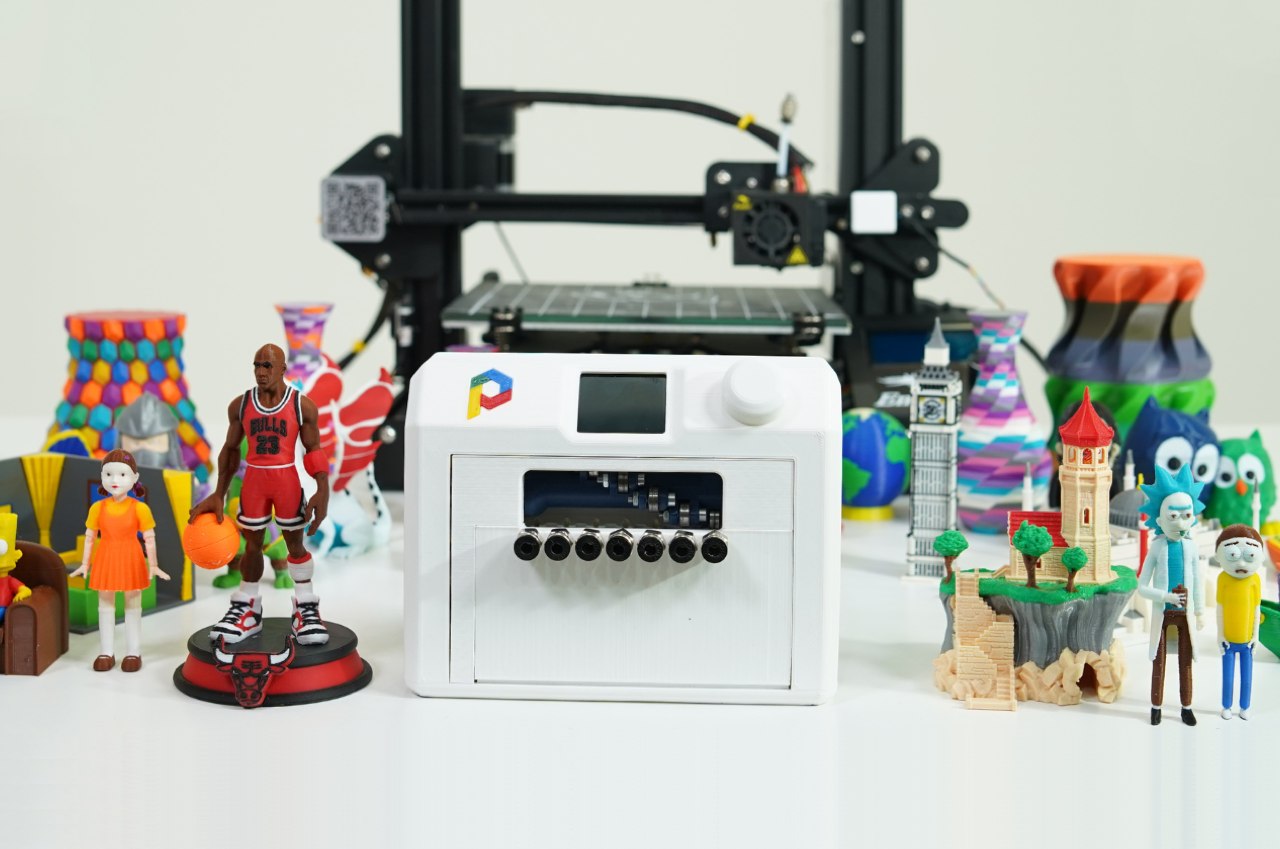 Developed in partnership with Creality, the ‘Co Print’ is a nifty module that brings a pretty massive upgrade to the humble 3D printer. Giving you the ability to load as many as 7 filaments at a time, the module helps manage and feed filaments into your printer, conveniently changing filaments when it detects a color change. The module is designed to be compatible with all printers that use a Bowden type of extruder, although a few adjustments lets the Co Print work with Direct Drive style extruders too. Working effectively as a ‘mod’ for your 3D printer, the Co Print takes care of feeding the right color filament in while the printer is running a job.

The ability to switch filaments means that the Co Print can effectively work not only with different colors, but also different materials. Based on what your 3D printer is capable of handling, the Co Print module can supply your printer with PLA, ABS, soluble polymers (for supports), Wood, Marble, Bronze, and Copper too! Just on the face of it, this ability propels 3D printing into an absolutely new dimension, allowing effectively a $500 printer to do something that you’d require a $5,000 commercial 3D printer for. As long as your printer supports working with different filaments, the Co Print can help supply the filament to your printer.

The user-friendly interface allows you to print start and manual operation processes for automatic filament change can be easily controlled.

With the accurate filament feeding system, problems such as jamming in the pipes during filament change have been eliminated.

The process of incorporating Co Print into your jobs isn’t too different from the regular 3D printing workflow. Once the model is ready to print, all you have to do is prepare it on Cura or Prusa Slicer and import the resulting GCODE file into Co Print’s own program. The Co Print program then generates a new GCODE file that you input into your 3D printer as well as into the Co Print module sitting on top (through an SD card slot on the back). All you then do is start the printing process on the printer as well as on the Co Print module (it has its own display panel with a single knob interface), and you’ve got yourself a multi-filament printer!

The Way the Co Print successfully manages filament changes is through what’s essentially a process of ‘controlled wastage’. Quite like an artist ‘wastes’ paints while mixing them on a palette, the Co Print’s process results in a certain amount of wastage as the filaments sort of blend into one another while extruding, causing colors/materials to mix. To overcome this, Co Print recommends 3D printing two models at a time… your main model, and an extra model for ‘cleaning’. Instead of effectively wasting the filament, the Co Print uses it to print an extra model in what I can only describe as the 3D-printing equivalent of ‘you win some, you lose some!’ In the end, you’re left with two 3D prints, one, of your final product with its colors/materials matching your desired requirements, and two, of the extra model that the printer created while transitioning between filaments. 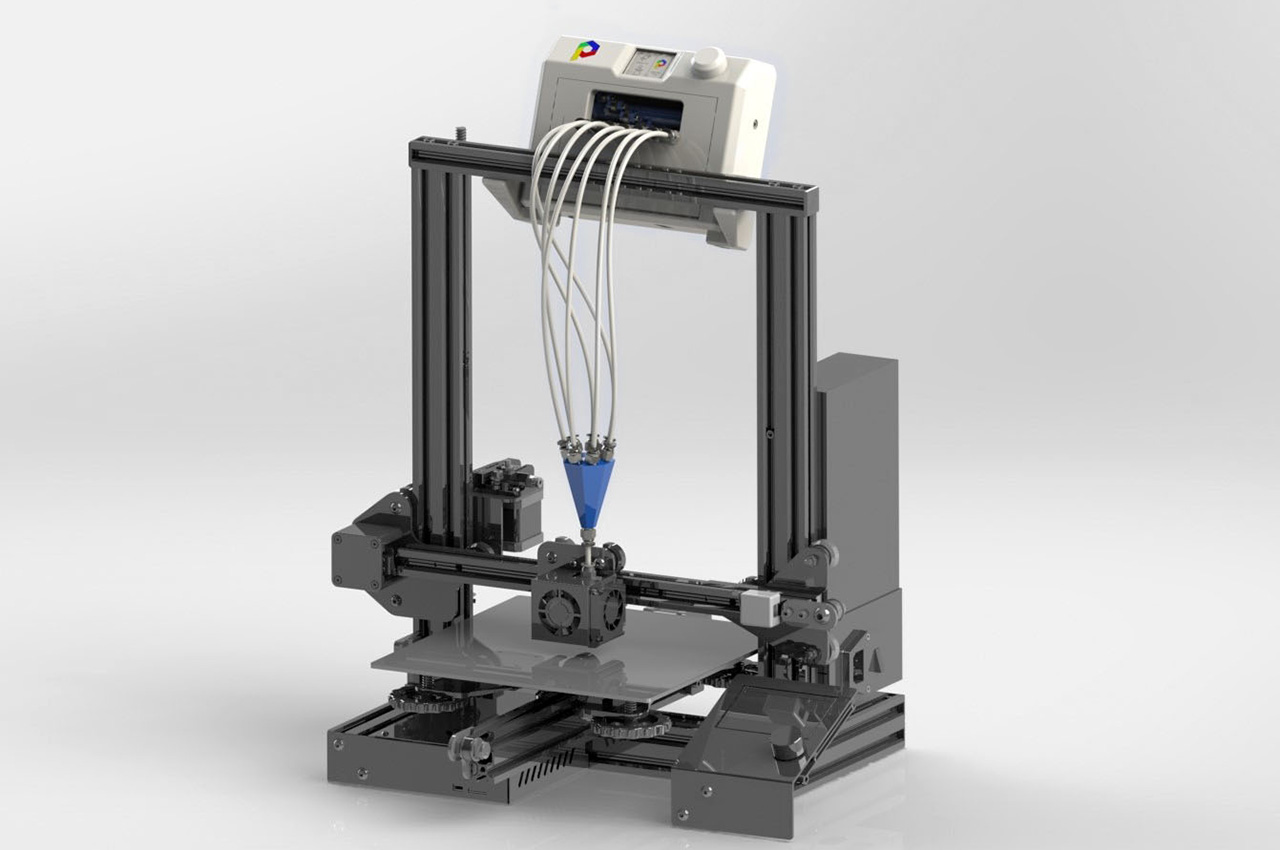 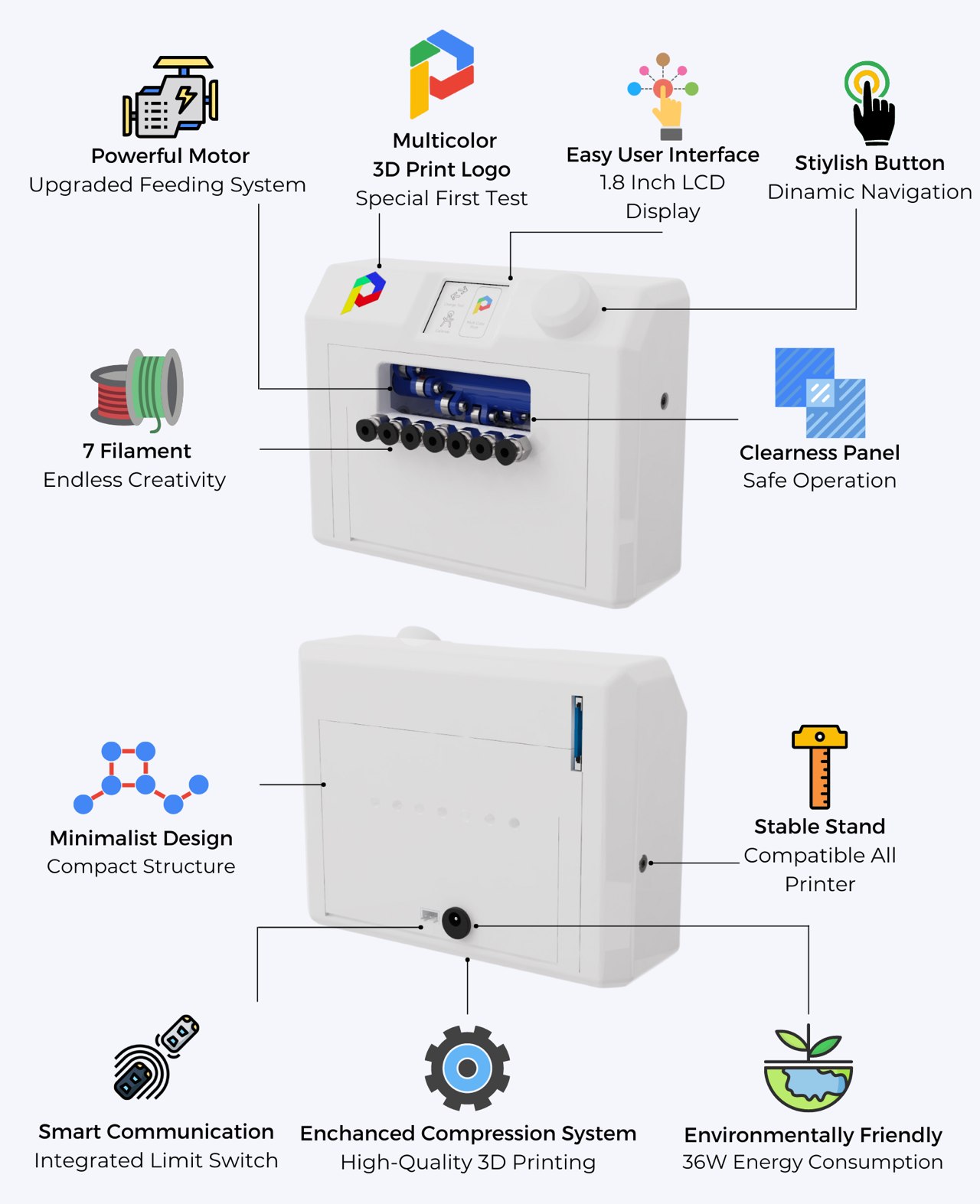 The Co Print ships as a $435 addition to your existing printer, allowing you to upgrade its abilities without necessarily burning a hole in your pocket to buy a new printer. It sports a deceptively compact design (for a module that basically manages 7 different filaments simultaneously), and runs with a power consumption of 36W, making it quite energy efficient. The Co Print’s own program runs on Windows, Mac, and Linux-based computers, and supports 3D file types like .stl, .obj, .3mf, and .amf. Each Co Print ships with a high-quality nozzle as well as 2 rolls of PLA filaments, with deliveries slated for March 2022.

Turn the hand crank on a jack-in-the-box and the lid bursts open to reveal the human-shaped toy inside. LG’s projector was designed pretty much the…

When I Grow, You Grow

There can be strong emotional connections between plant growers and the plant during the growth cycle. From the moment the seed is planted, to the…

A Radio For Treehuggers

It’s a wooden log and a radio. That ain’t all folks. It’s also solar powered and if Mr. Sunshine isn’t happy that day, there’s a…