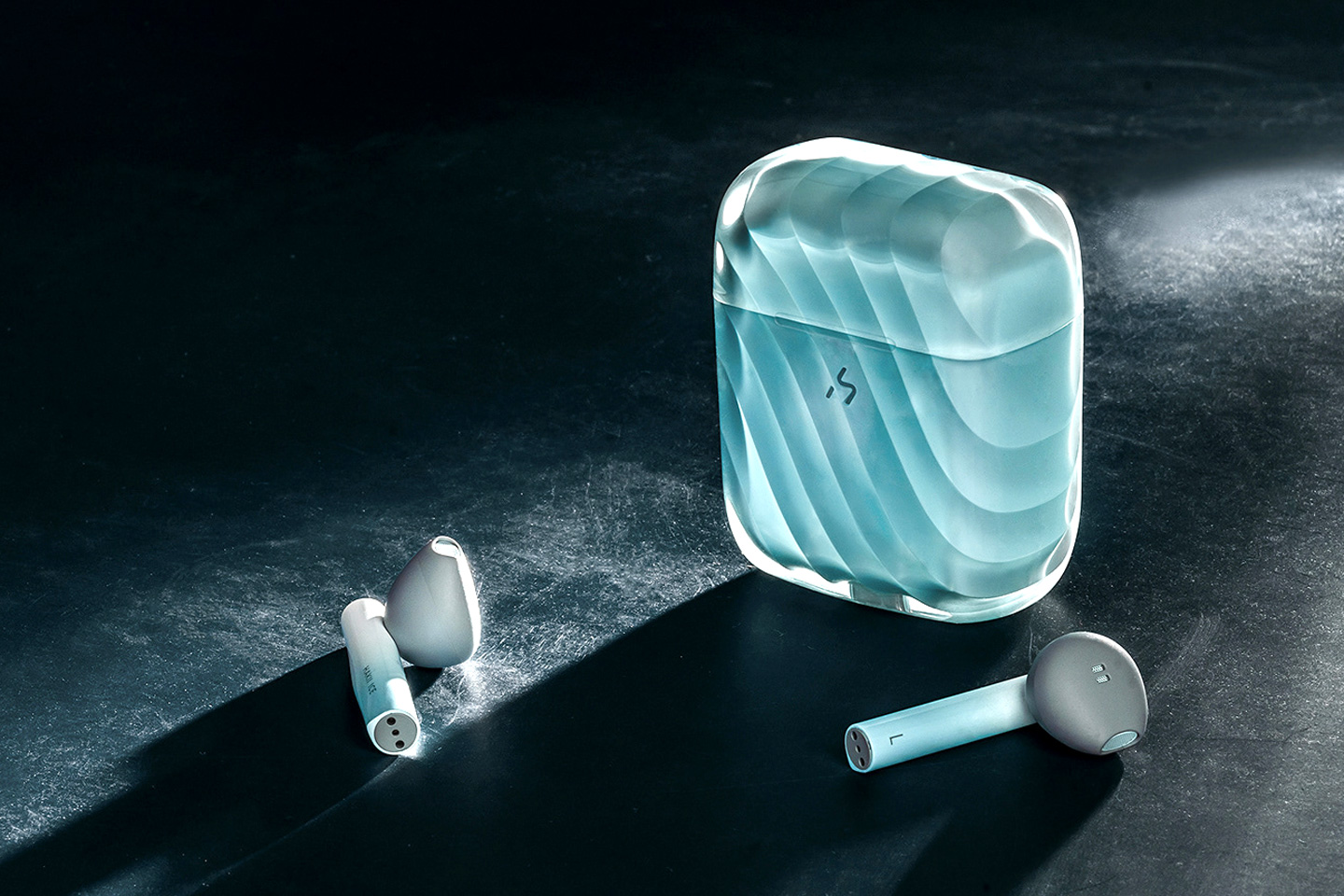 Instead of creating a sleek design that requires an ugly case, the Hakii Ice cleverly takes care of both aspects by creating a beautifully textured design encased in a protective clear resin outer layer. This seemingly ‘frozen’ design becomes an aesthetic as well as a utilitarian feature that protects the case from damage.

Meet the Hakii Ice. You’ve probably never heard of them, although once you see them, chances are you won’t ever forget them. With perhaps the most memorable design in the earbuds category, the Hakii Ice sport a double shot molded case design that looks almost like the earphones are preserved in a block of ice. The outer transparent layer, and the textured inner layer create an interplay of light and shade, with a touch of refraction, that makes the Ice earphones look incredibly awe-striking. In a world filled with TWS earbud cases that look like floss cases, the Hakii Ice looks like an ornament. 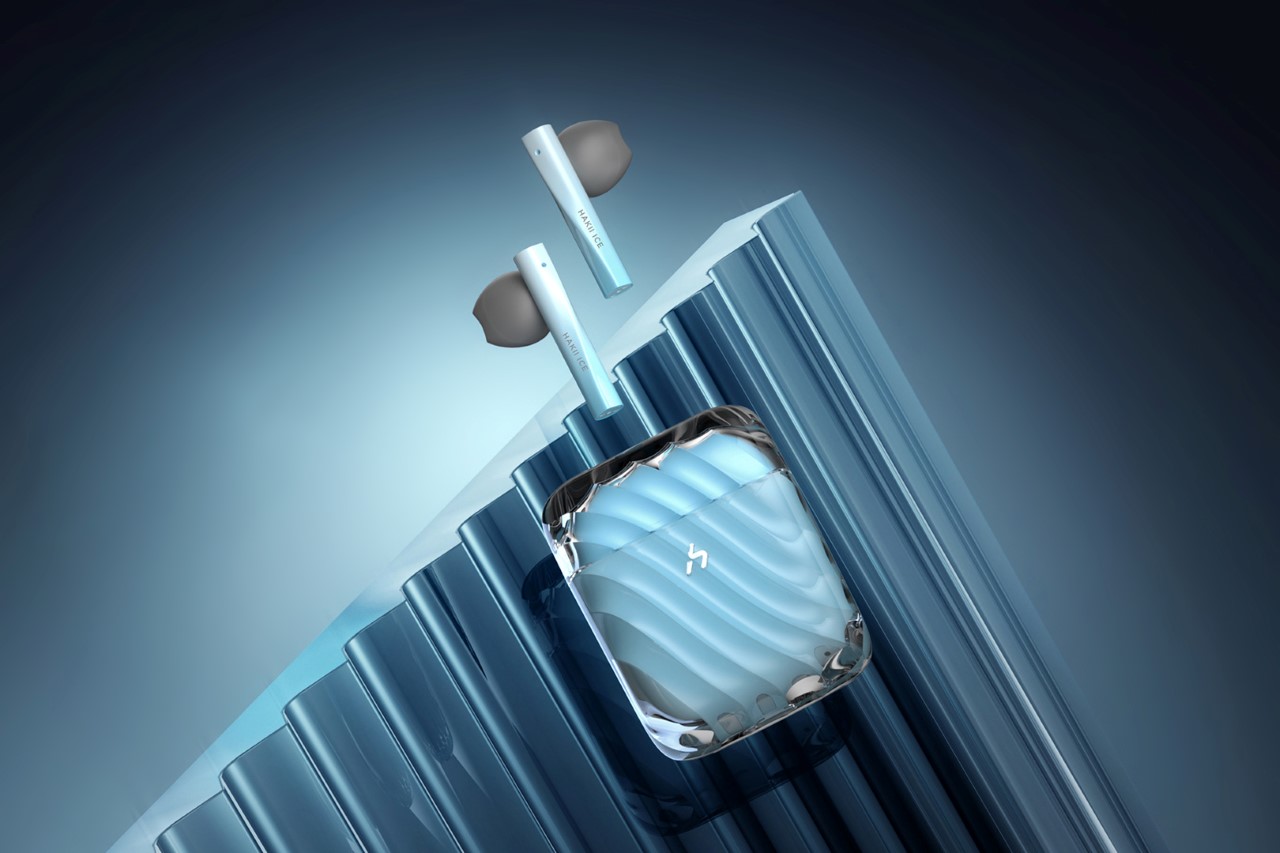 The problem with most TWS earphone cases is the fact that the earbuds, their performance, and the underlying technology get all the focus, making the outer case an afterthought. That, in retrospect, has created the perfect stage for companies like Hakii to put actual design efforts into their case designs (Gravastar went all-out with their Sirius Pro TWS earphone cases too). As its name suggests, the Ice earbuds look like they’re trapped in a block of ice. Designed for active wearers (sportspeople, fitness freaks, etc.), the Ice takes inspiration from ice-based sports, and focuses on creating an impression of being quite literally ‘cool’. 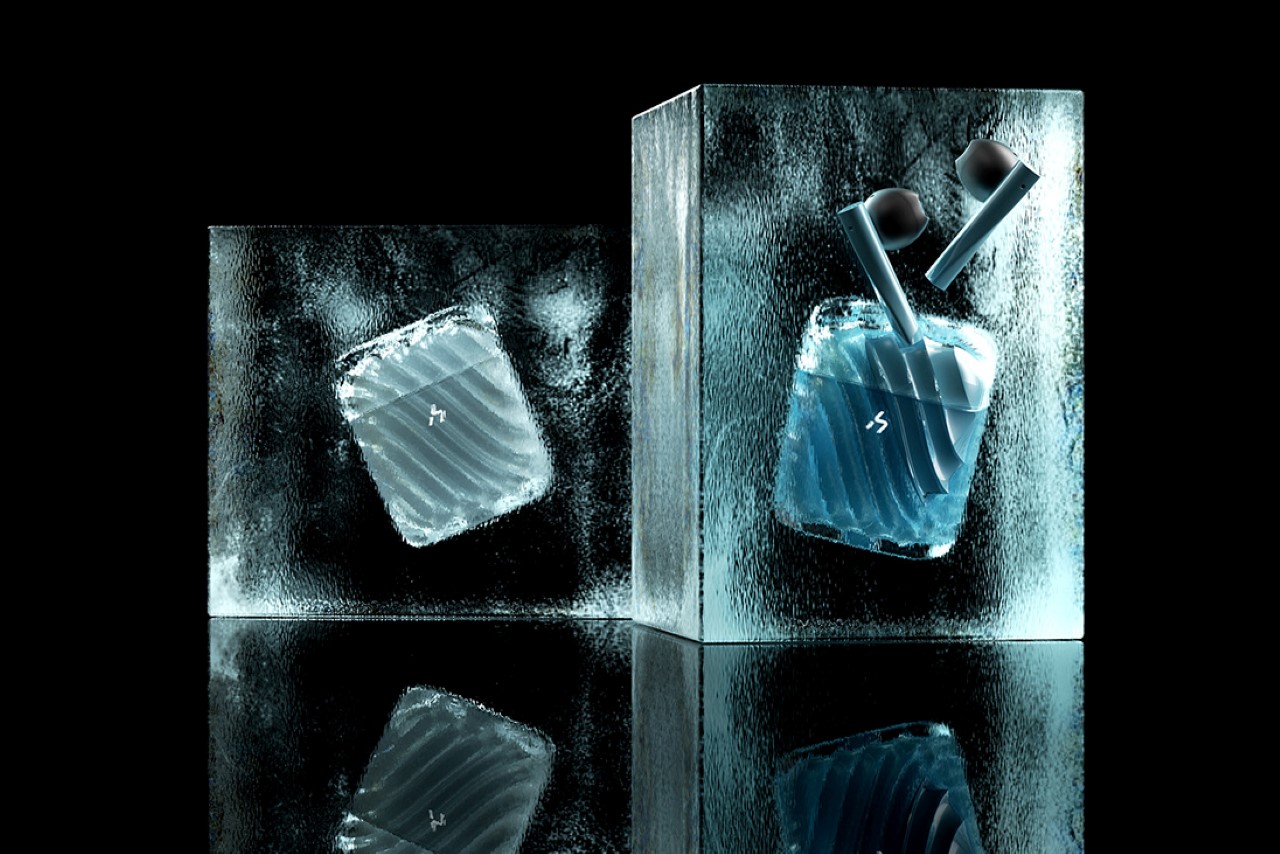 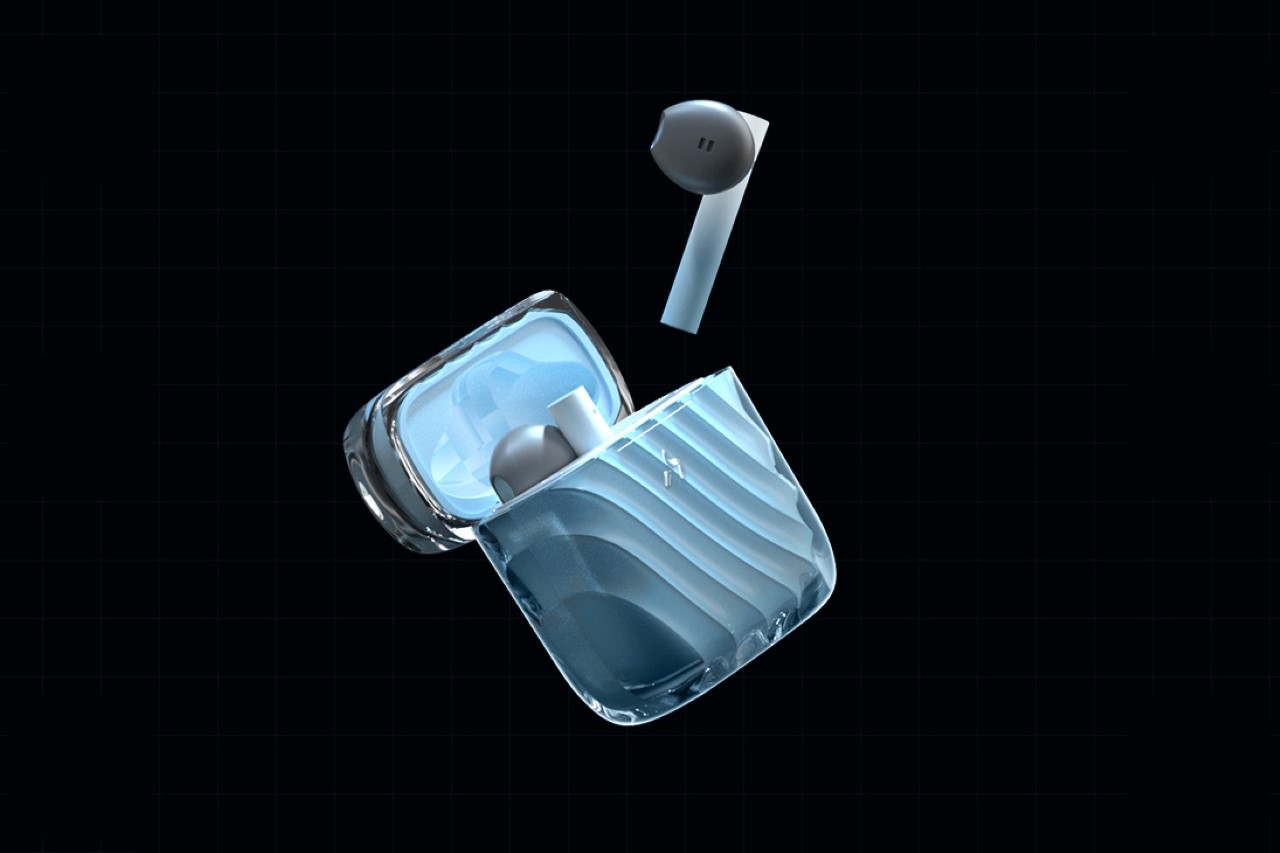 On the technical front, the Hakii Ice are a pair of Bluetooth 5.2 TWS earphones with a semi-in-ear design and a 7-hour battery life. Like any good pair of TWS earphones, they come with minimal latency, pair up quickly, and are intuitive to use, with touch-sensitive panels that let you trigger smart features and control volume and playback. Where they stand apart are in the fact that the earphones have massive 13mm drivers (that’s 2mm larger than the ones found on the AirPods Pro), and the fact that they run DNN (deep neural network) noise-canceling, relying on machine learning to help the earphones get better at isolating and canceling noise with use. They’re great for music, workouts, calls, podcasts, and Hakii’s even made sure the low-latency feature is perfectly tuned for gamers, who like absolutely tight response times. 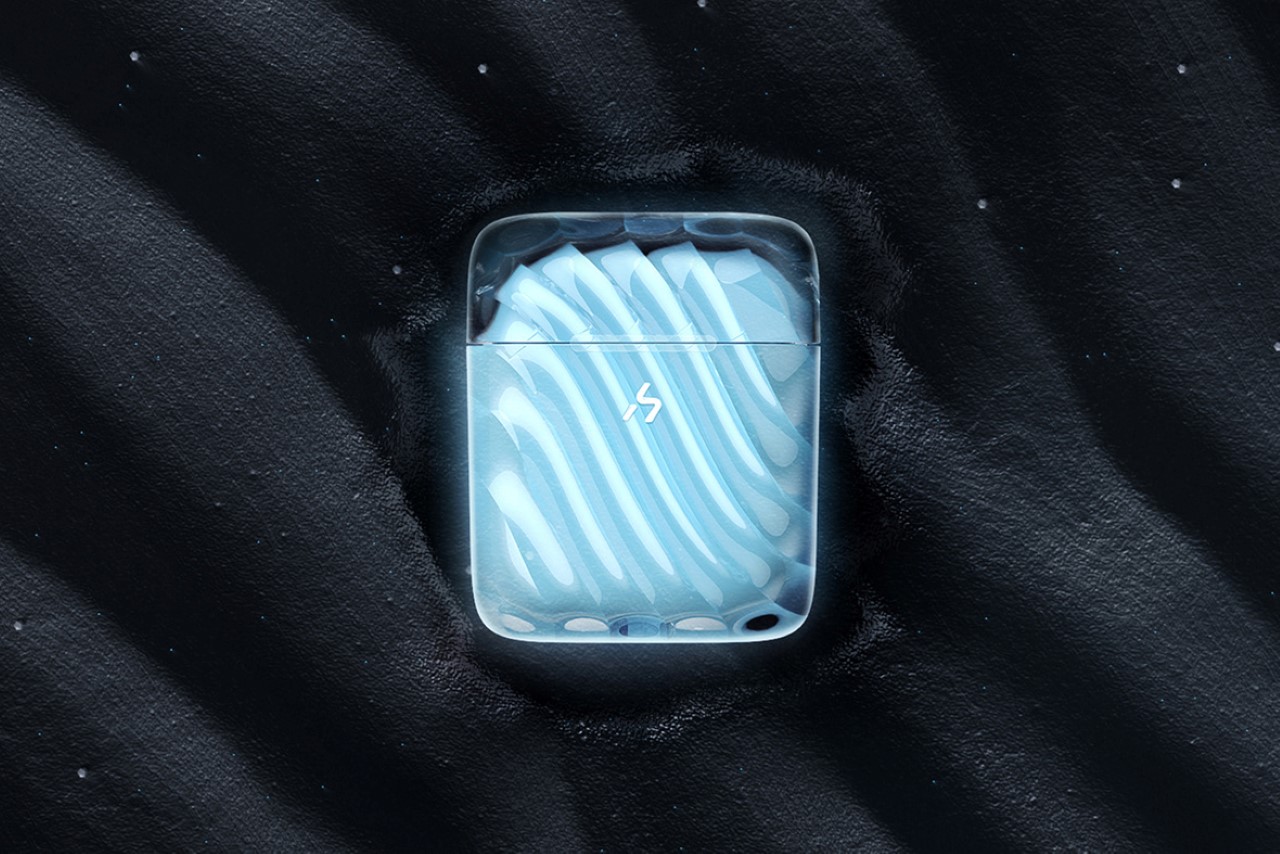 However, the case remains the Hakii Ice’s magnum opus. Created through as many as 6 different material tests (with 21 separate iterations) for an optimal balance between strength, lightness, heat-resistance, and transparency, the case uses a manufacturing method called double-shot injection molding, which allows you to create a product with two different materials right within one mold in one process. There’s obviously a case (no pun intended) to be made for the fact that websites tend to lean on the side of creating dramatic photogenic product shots, although images of the product circulating on Twitter and the rest of the internet show a earphone case that definitely looks eye-catching to the extent of feeling ornamental. Hakii’s even won a fair bunch of design awards for its previous products (including the Red Dot, IDEA, iF Design, Good Design, and the Design Intelligence Awards). I wouldn’t be surprised if the Ice ended up snagging a bunch of awards too… after all, it blows a breath of fresh air into a category where most TWS Earbud cases look like glossy, spray-painted floss-containers… 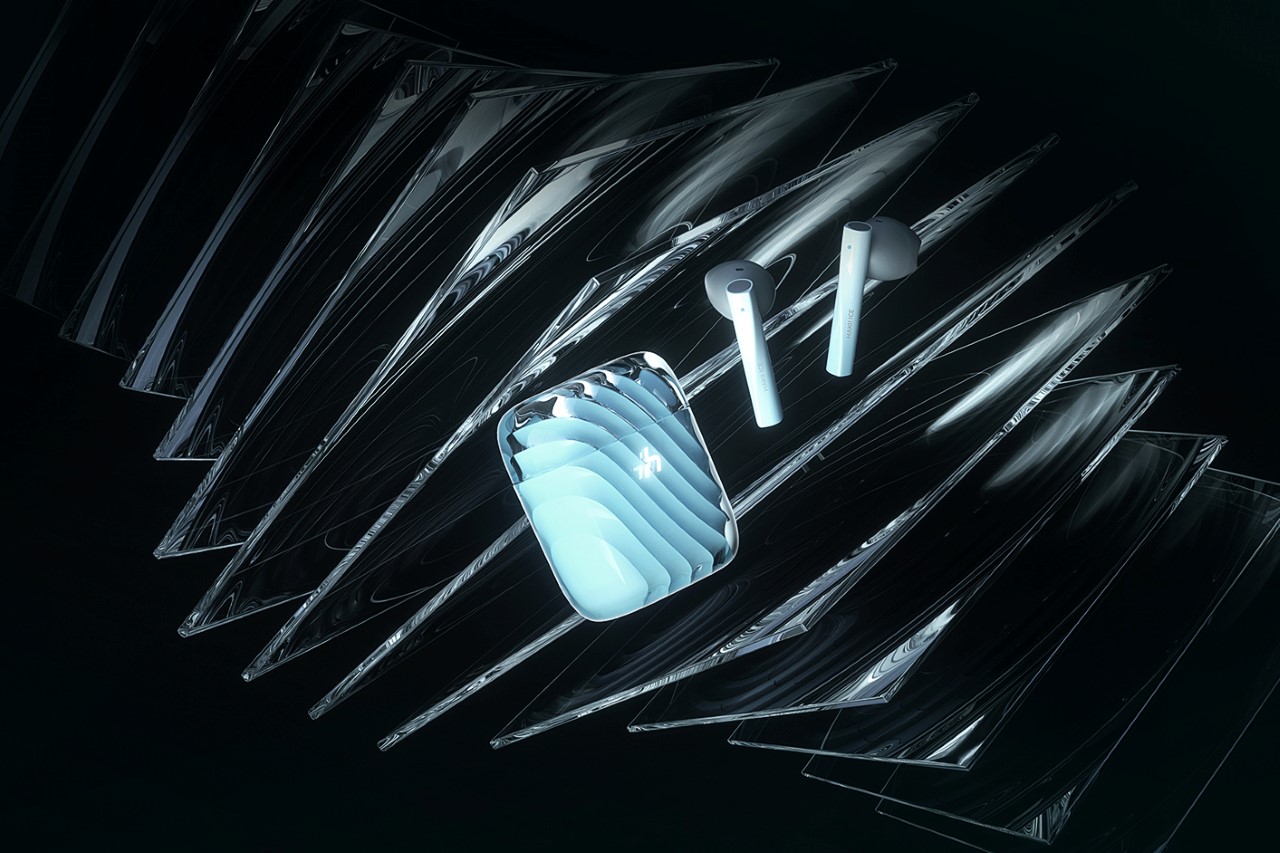 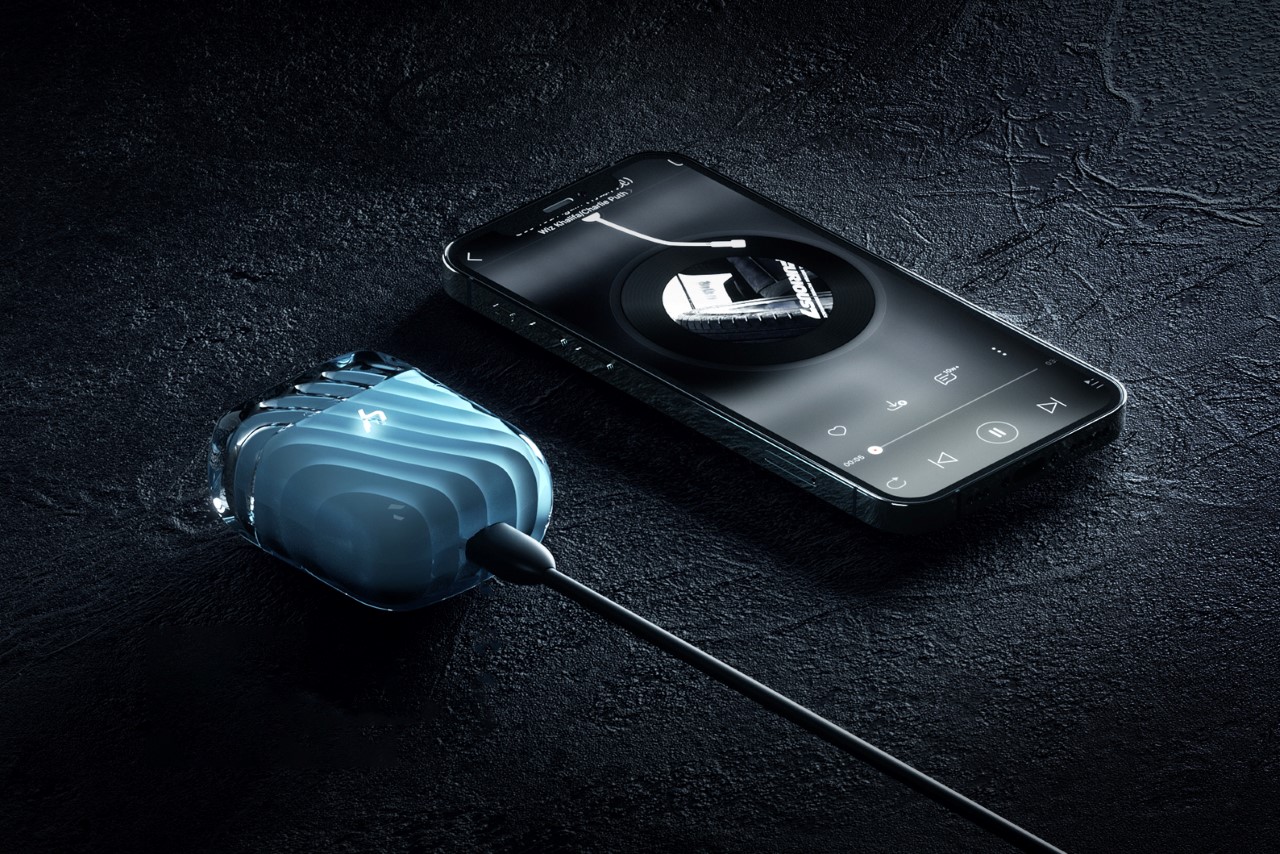 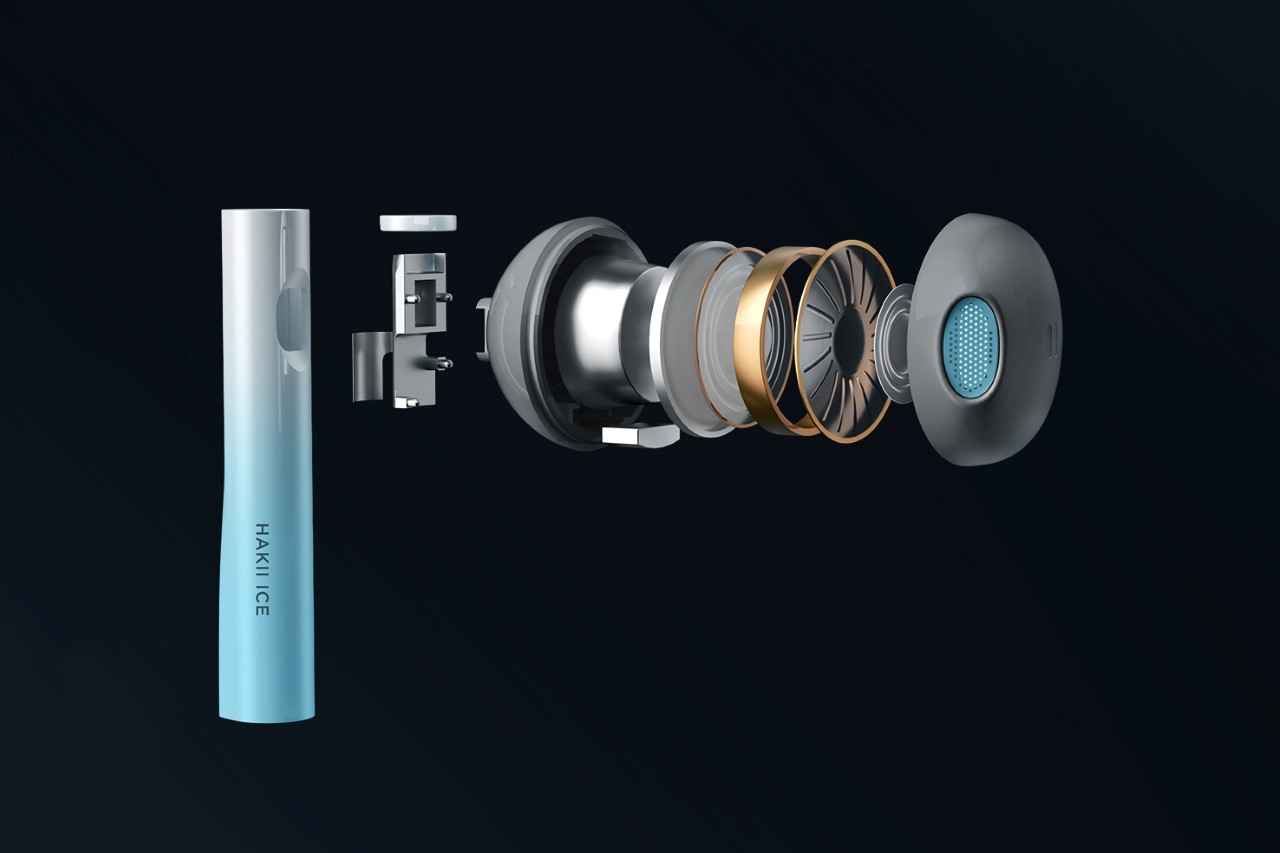 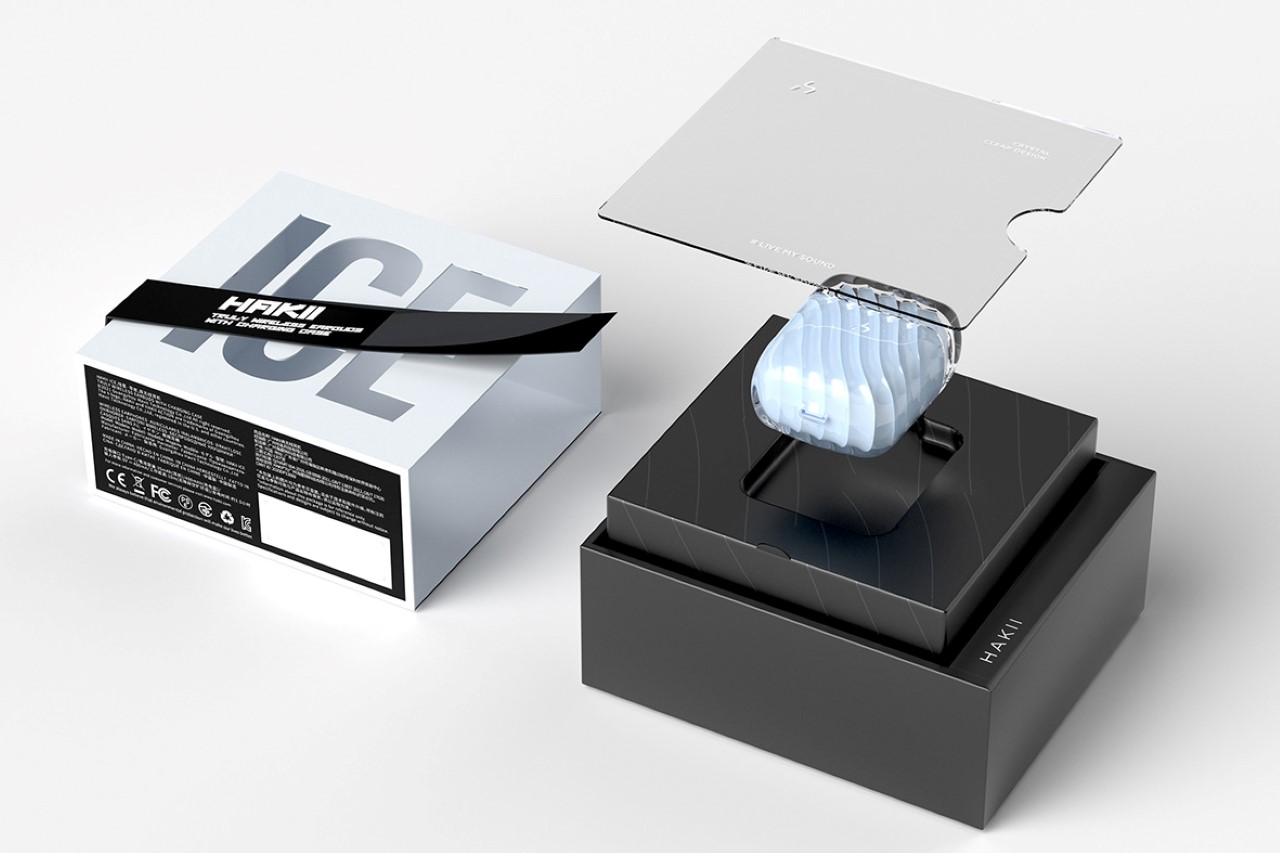 This retro yet modern minimal radio is designed for the love of all things nostalgic!

Sit back, light your cigar, swirl your whiskey and listen to some soothing Beethoven on your Mercedes-Benz wireless speaker. Oozing with elegance and class, this…

Waking Up To Your MP3 Player

Here is the YOM, your typical clock radio alarm with an atypical USB dock for your MP3 player. Instead of waking up to the radio…