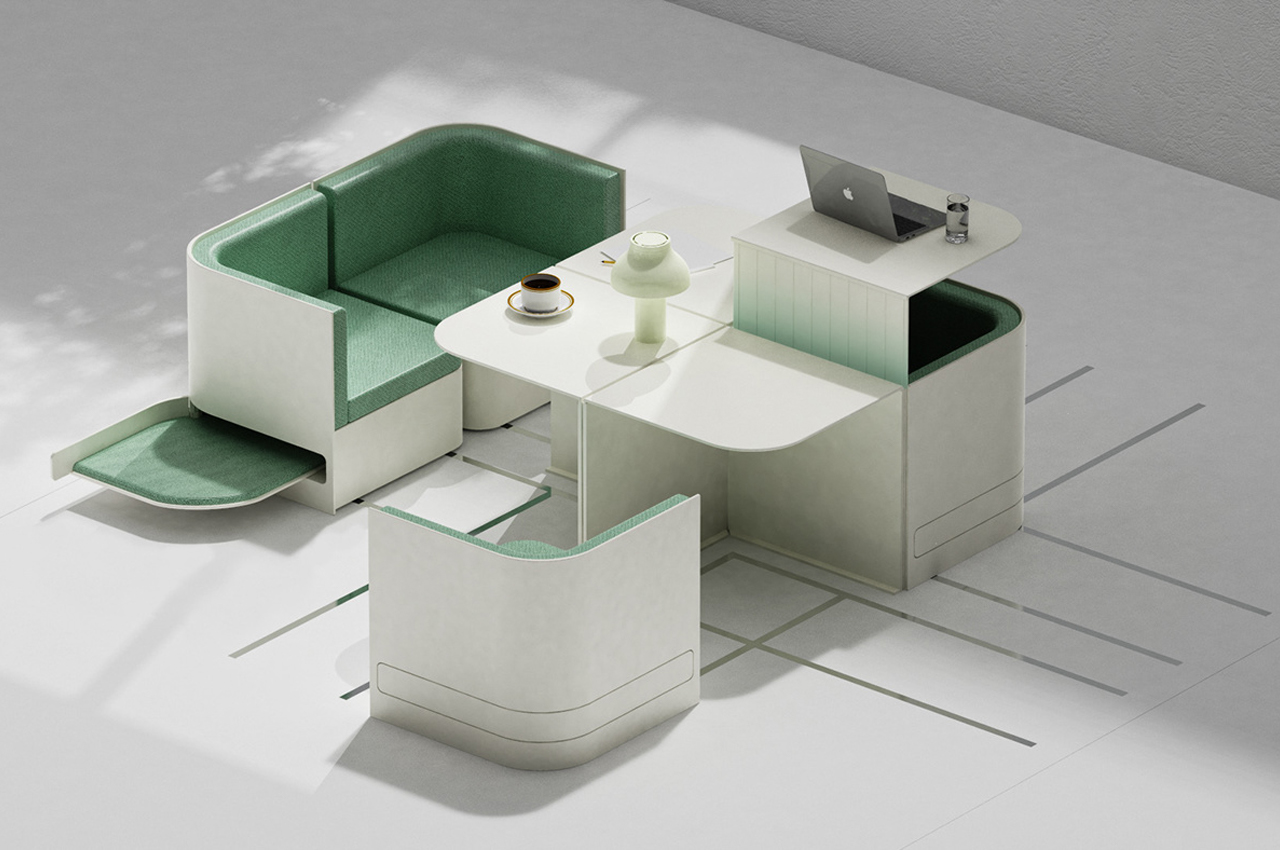 Square to Square is a versatile furniture system for the modern home built on an internal and external sliding grid mechanism to save and create space.

Squares are known for the versatile nature of their shapes. It’s said that Le Corbusier saw squares as “the most refined and pure form in nature,” as young designer Kyungseon Nam puts it. Setting out to design a furniture system concept based on the multidimensionality of the square, Nam developed Square to Square. 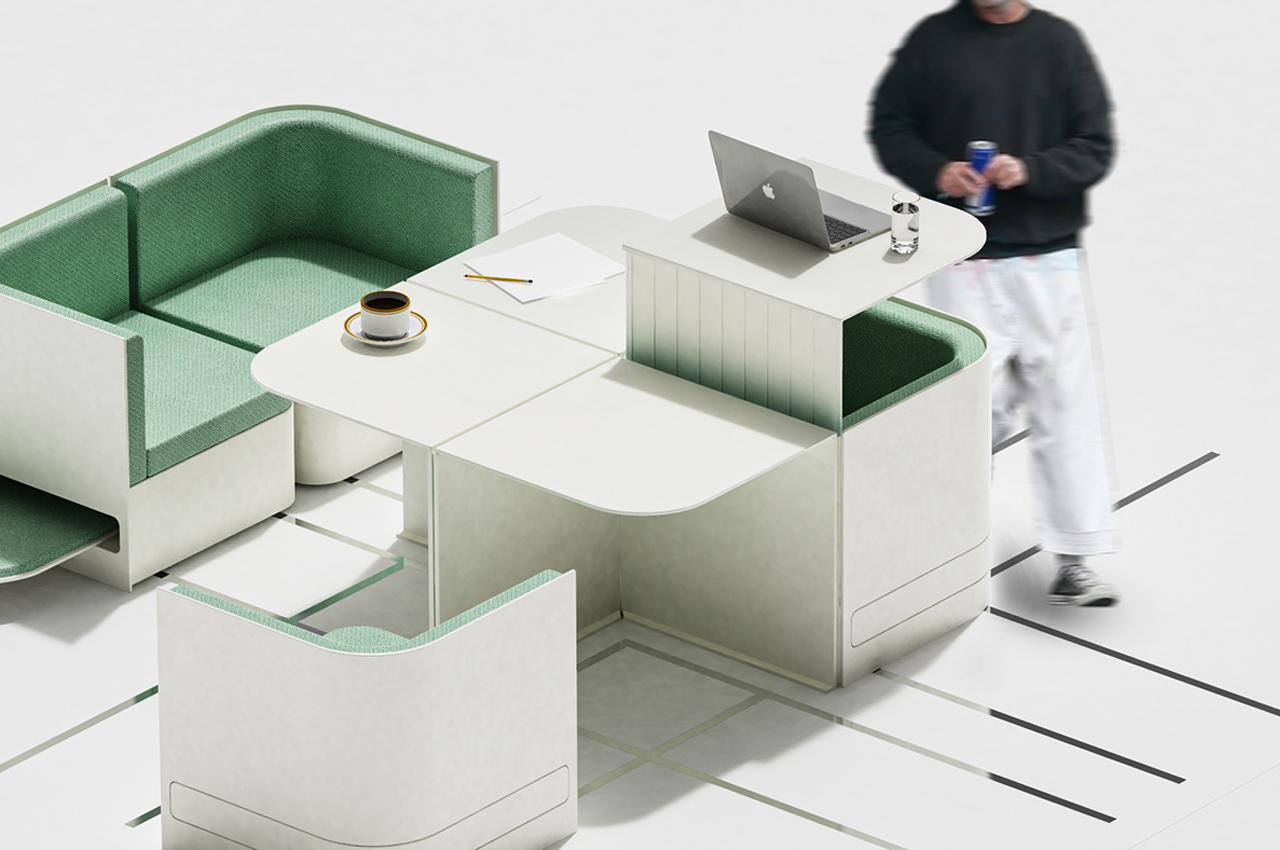 Initially structured as a solid block, functional as a table or ottoman, Square to Square can turn into a full dining table or workspace setup. Built around an internal sliding grid system, Square to Square transforms from one configuration to the next with seamless transitions. 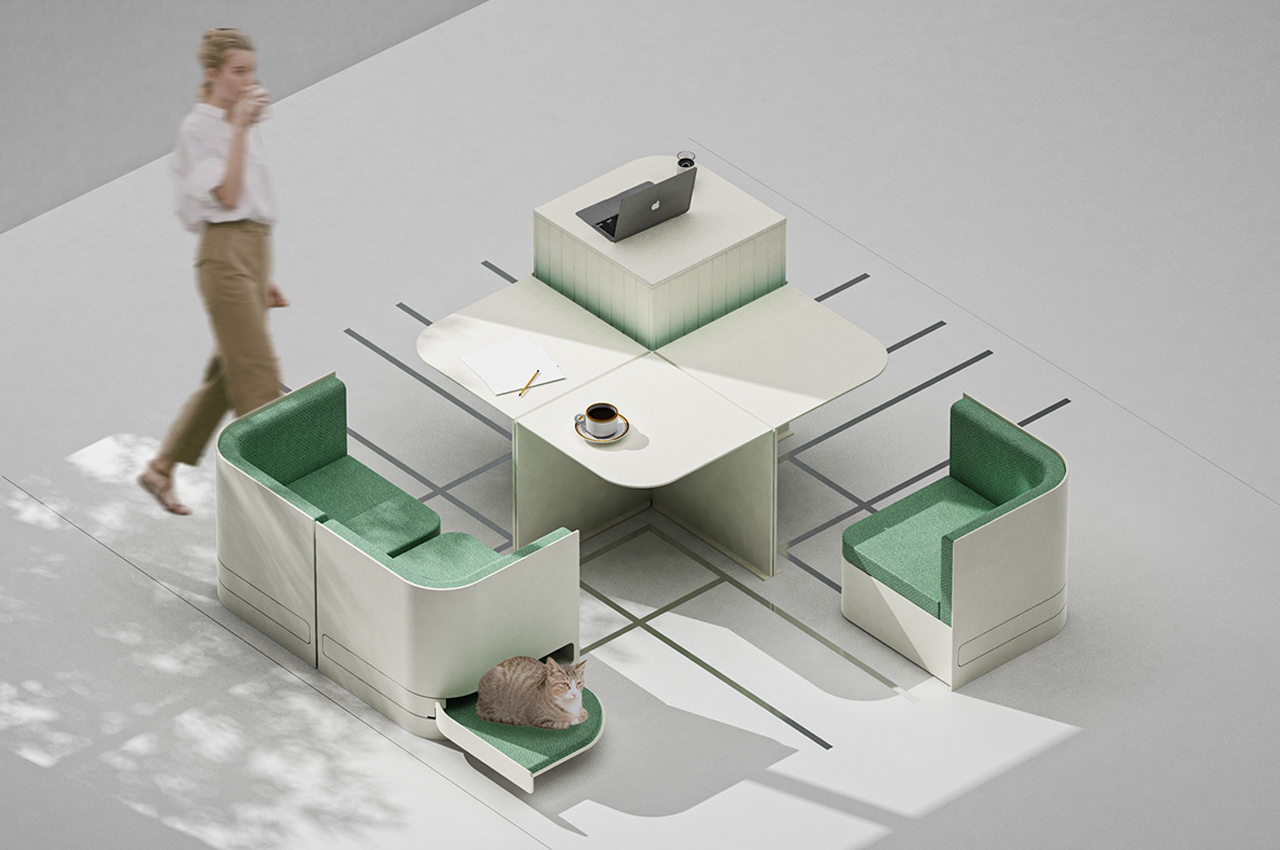 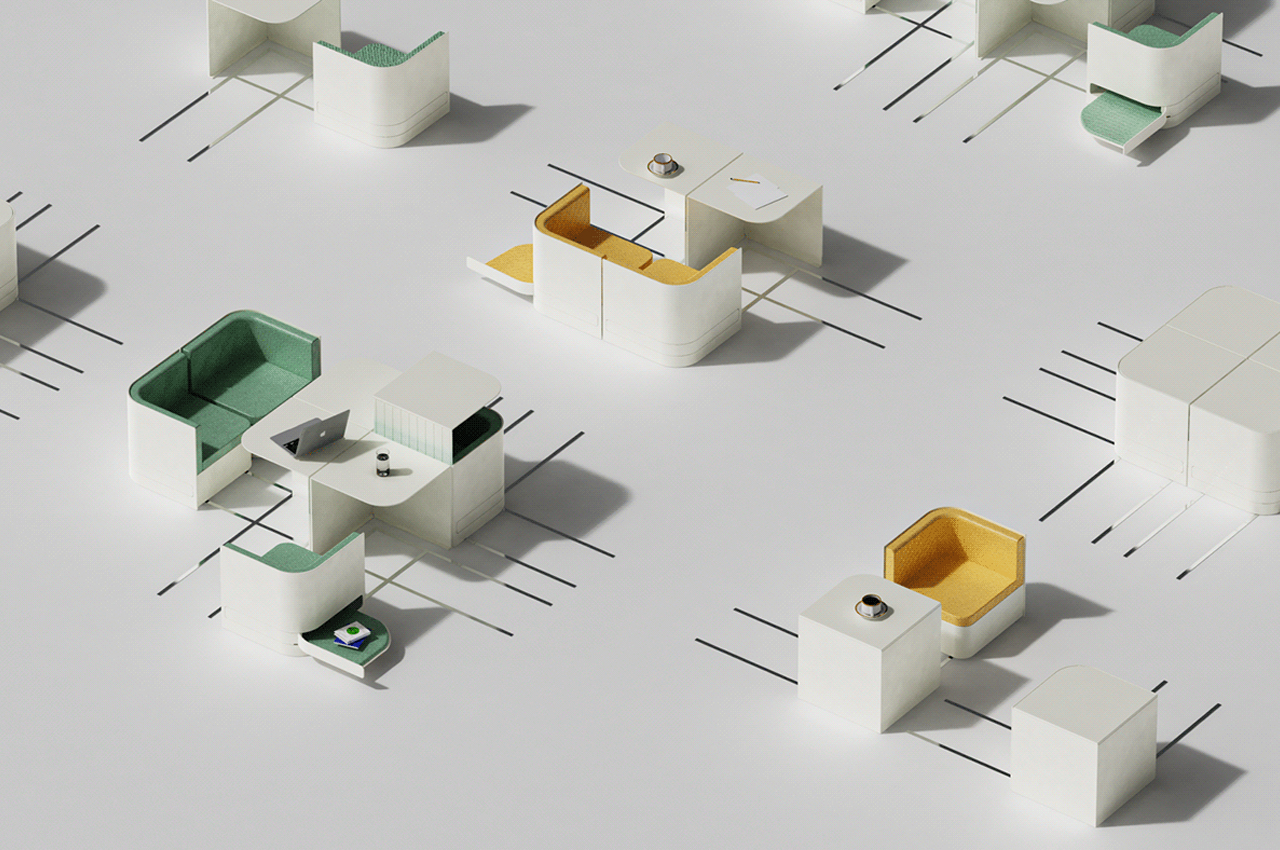 Then, from each corner booth, a lower cushioned shelf can be pulled out to provide a resting place for your pets or even your feet. Each quadrant also contains spring mechanics that unload an elevated desk space that could function as a standing desk or raised shelf. Underneath the spring-loaded desk space, Nam incorporated a storage compartment where goods can be stored even when the optional desk space isn’t raised. 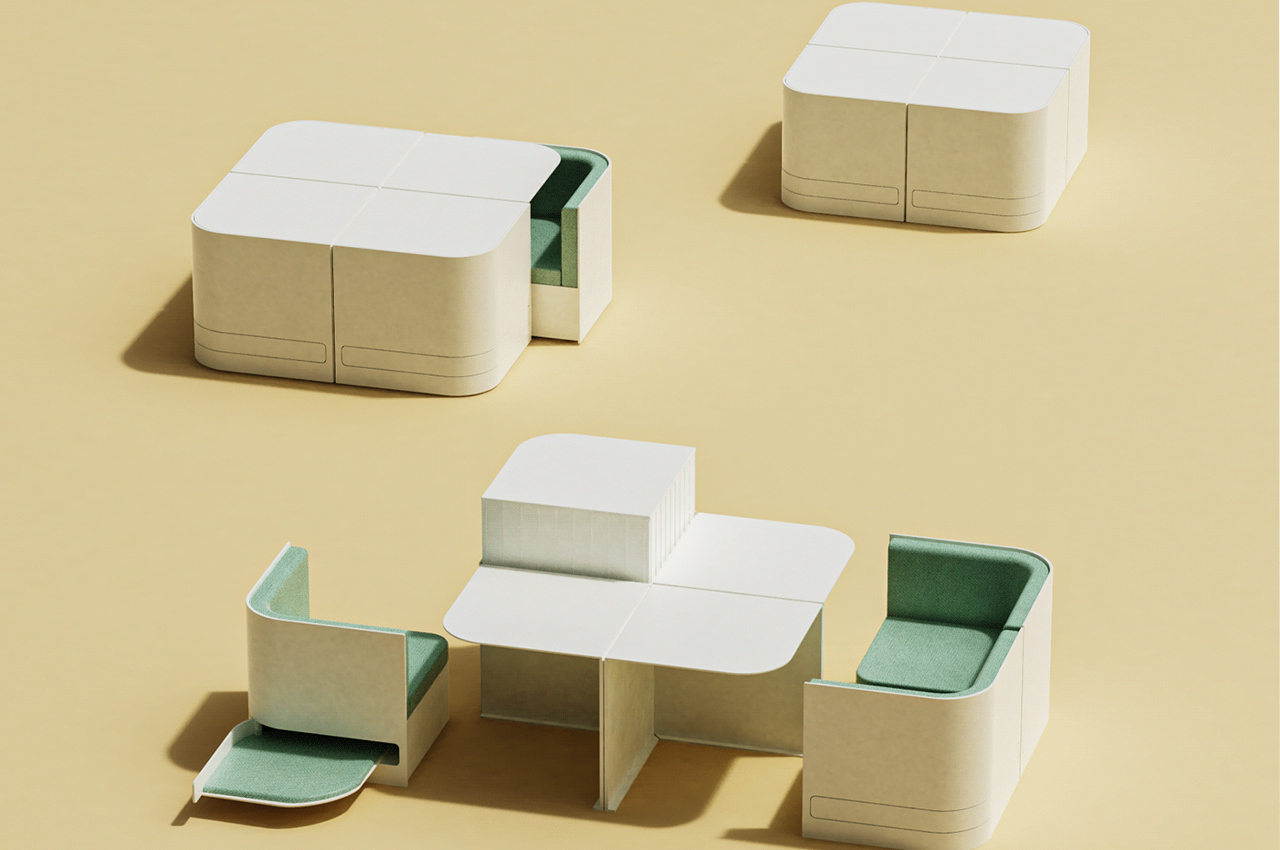 Taking advantage of the square’s chameleonic creative possibilities, Nam was able to conceptualize a multifunctional furniture system that not only saves space but creates space. Transforming from a solid, blank cube into a live-and-work space that also doubles as a dining area, Square to Square is the versatile and space-saving furniture system for the modern home.

One Loose and Tight Chair

When I was a kid, I had a toy made of plastic and string. It was a pile of body parts all connected by the…

Furniture designs from A’ Design Award 2021 that are so good, they’re impossible to resist!

What’s the greatest thing you can ever put on the wall? Is it a car? Is it a hanger? Is it a happy whale? I’ll…

Topoware is a tableware collection that questions the landscape of dining. Taking inspiration from the recent popularity of geography as a media of communication (with…