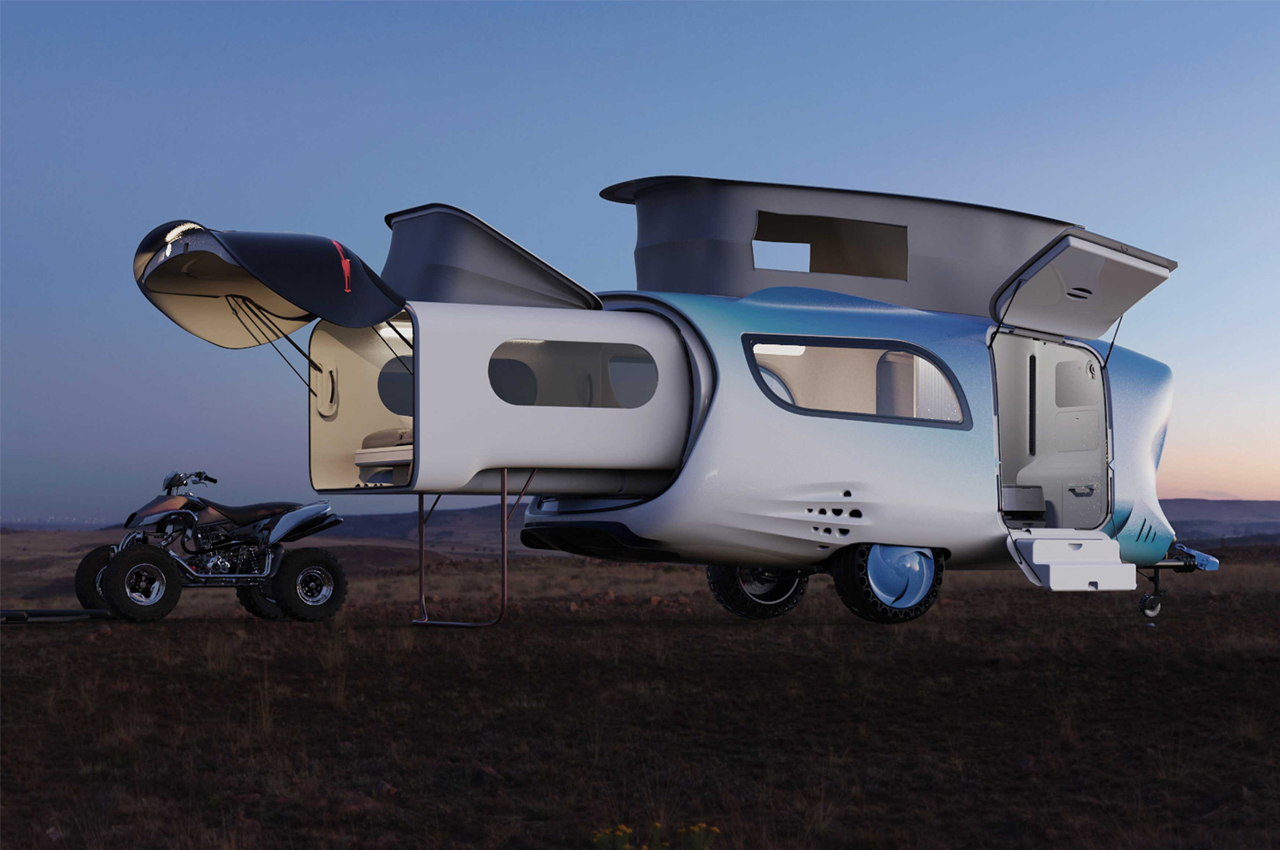 Campers have unlimited choice already when it comes to choosing impressive camping trailers, RVs and more. This wide array of options is suited for almost any enthusiast’s need and comfort. But if you’re looking for modularity, Whale Trailer Cabin will be your best bet when it makes out of the concept stage to ride you to the great outdoors with more purpose and luxury.

A plethora of feature-packed luxury travel trailers available on the market has made it easier for people during the pandemic to enjoy the changing scenery without having to deal with tourist crowds. This has been a sight in many countries including China, as most international borders have remained closed for the better part of two years now, giving adventures and family a chance to explore their own country in hired or owned (as means allow) RVs, trailers, and motorhomes. The choice of camping trailers show how creative people can be when it comes to customizing mobile living landscape, and in the bid, designer Hu Yong’s Whale Trailer Cabin is a splendid example. 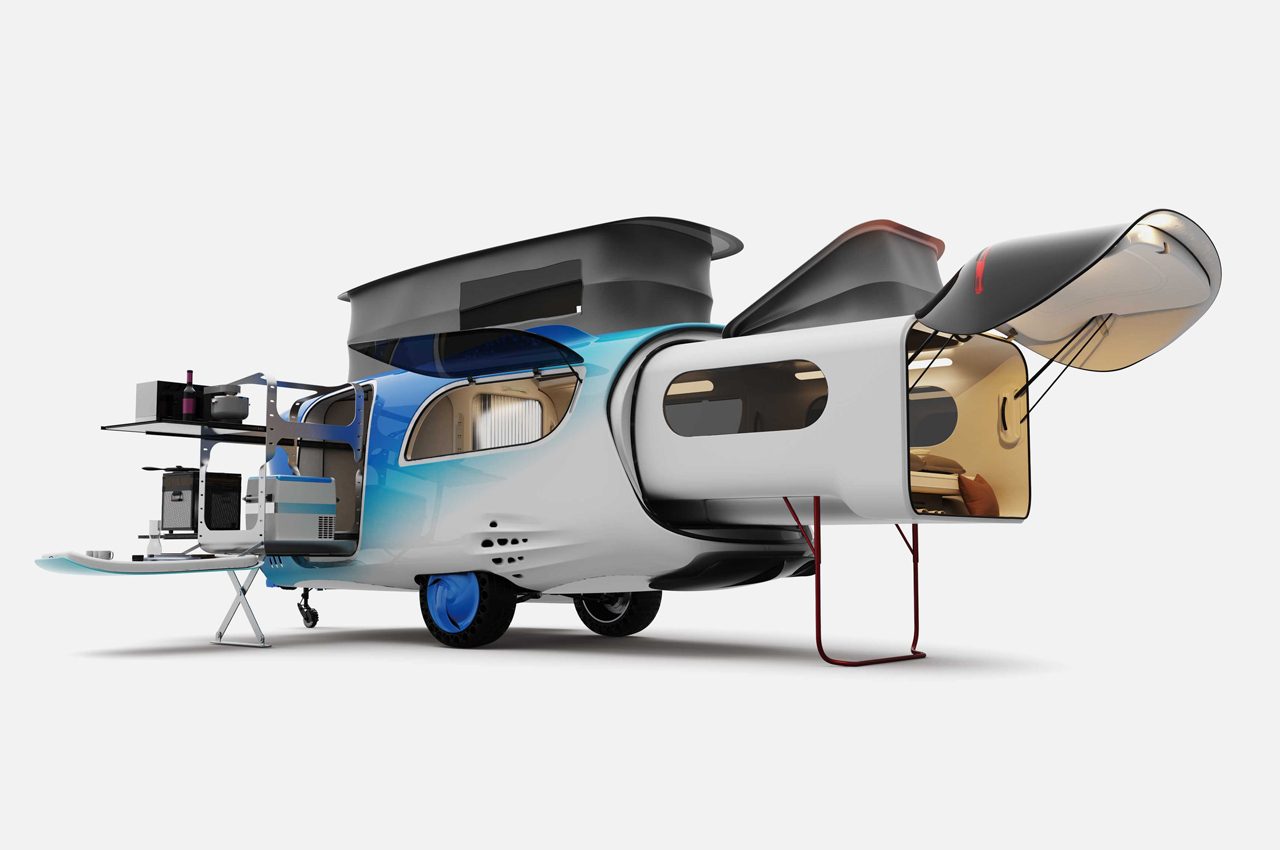 Designed to the needs and preferences of the Chinese consumer market, the trailer visions to tap into the growing fad for RVs and the like in the Asian country. According to Goldstein Market Intelligence forecast, the Chinese RV market is expected to grow from 25,000 units in 2017 to almost 400,000 units by 2030. Based on the recreational vehicle type, the trailer segment according to the analysis is the fastest growing and will be hugely in demand through this period. In this scenario, the right option will let you bring the entire family, including your pet, to the great outdoors without having to sacrifice comfort. 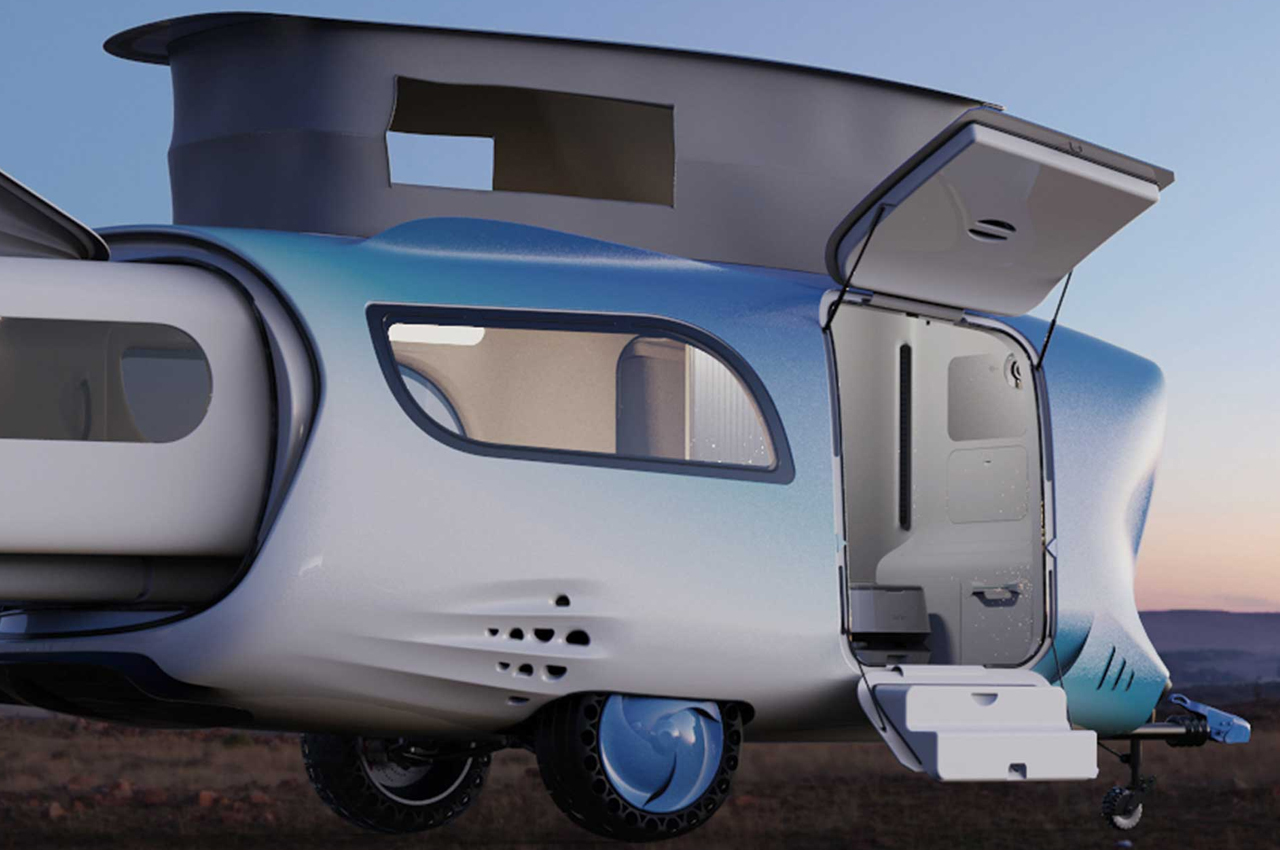 In that vein, the Red Dot Design Award 2021 winning Whale Trailer Cabin, which as the name suggests derives shape from the marine animal, comes with a gradient marine blue and white color exterior. From the images, the white interior of the trailer blends well with the exterior color scheme and adds to the luxe. The concept separates the sleeping, living and eating areas and has an extending awning at the back that offers more covered outdoor space to be utilized. When you want to grab a bite, the hideaway kitchen on the front can be pulled out giving you a complete kitchen to your disposal. In the middle is the living area with a pop-top roof opening up space for more headroom and natural light. 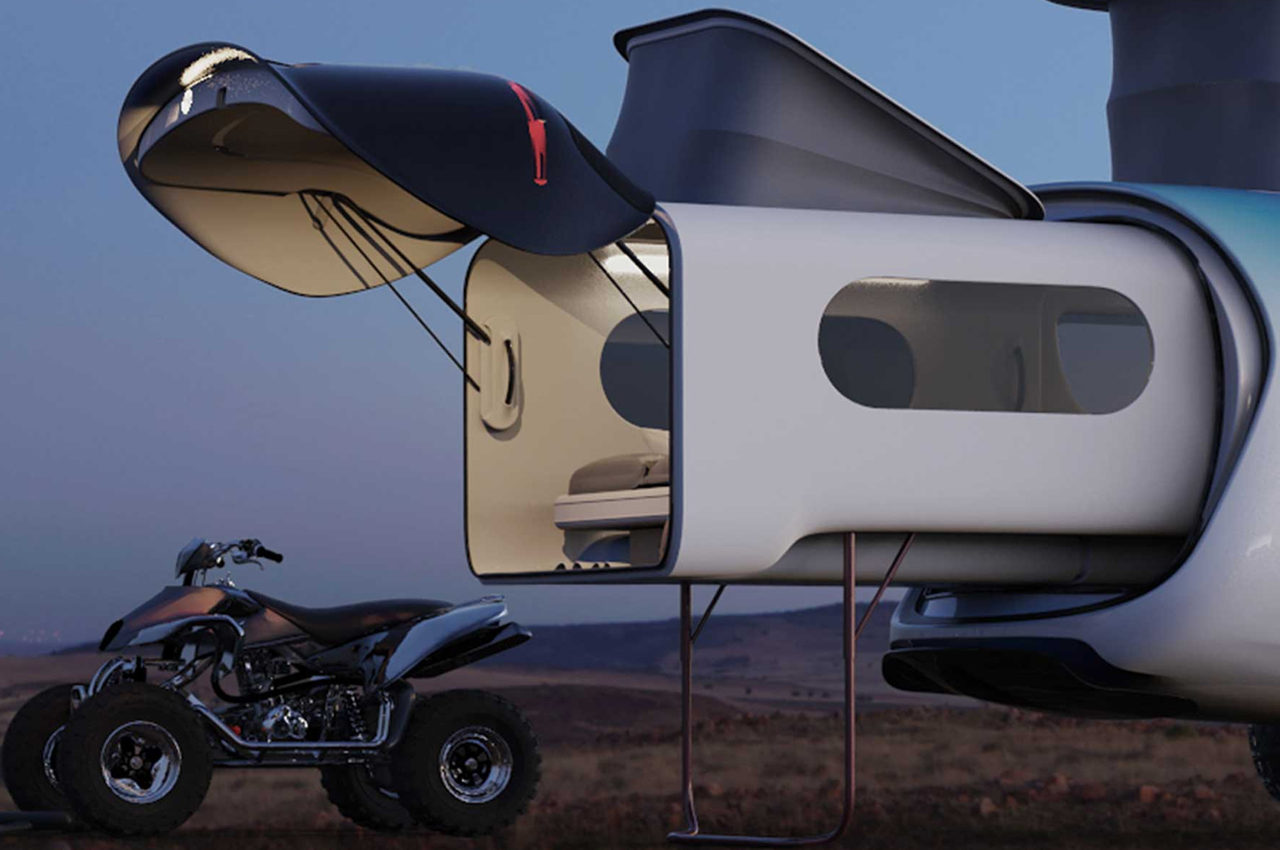 In the rear of this conceptual trailer with big windows lies the interesting sleeping area. The slide-out section rests on a clip-out stand and also with an inflatable pop-top roof. The matte finish on the exterior is largely what amplifies the overall appeal of this trailer that’s feature-laden right out of the box. The sizeable, yet durable all-in-one trailer has everything you’d want built right in – all you’ll require is a towing truck and you’re good to go for a spin. I’m not sure if this particular trailer is designed for more than a weekend stay, but we’d assume it makes provision for some photovoltaics and water harvesting, so it can fit the need of adventurers who want to park it in the wild and forget about returning back to the city life for at least a few weeks. 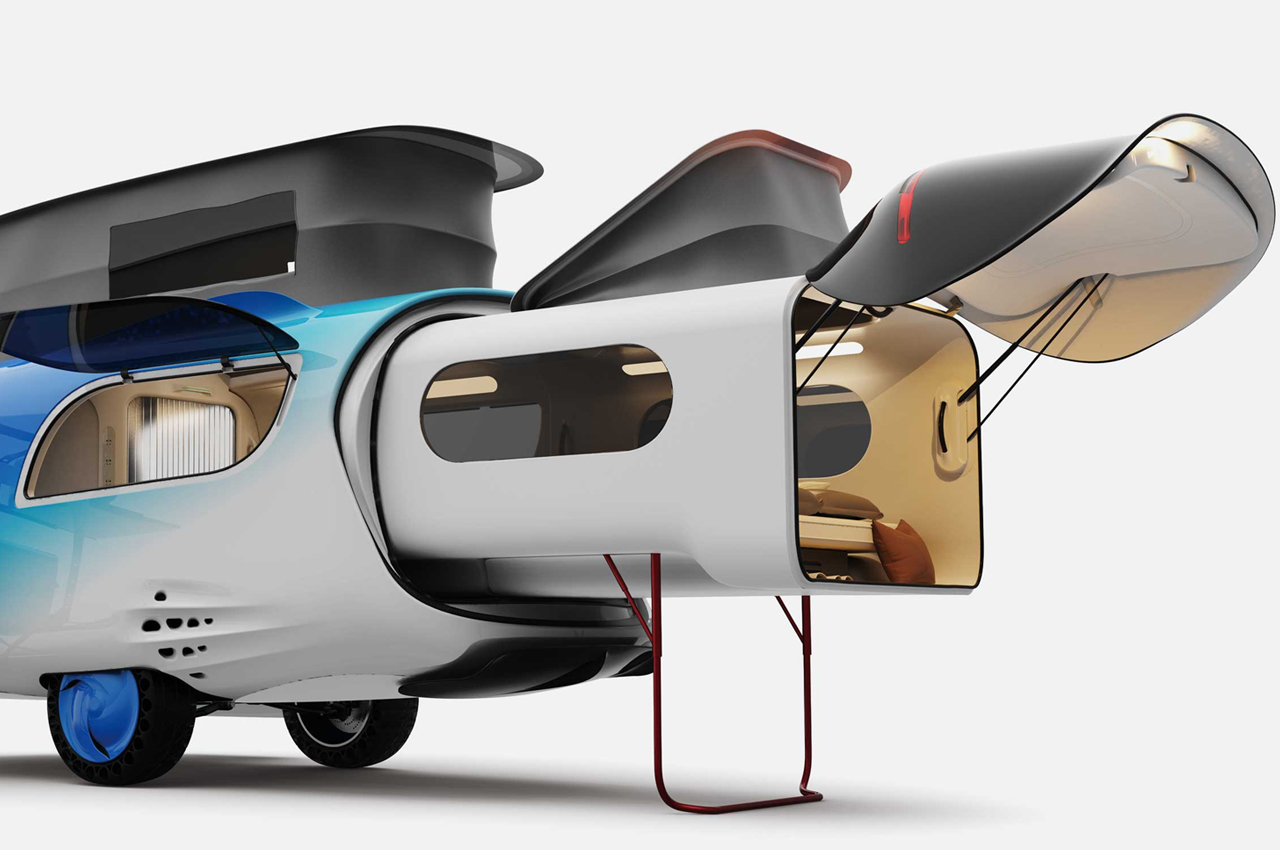 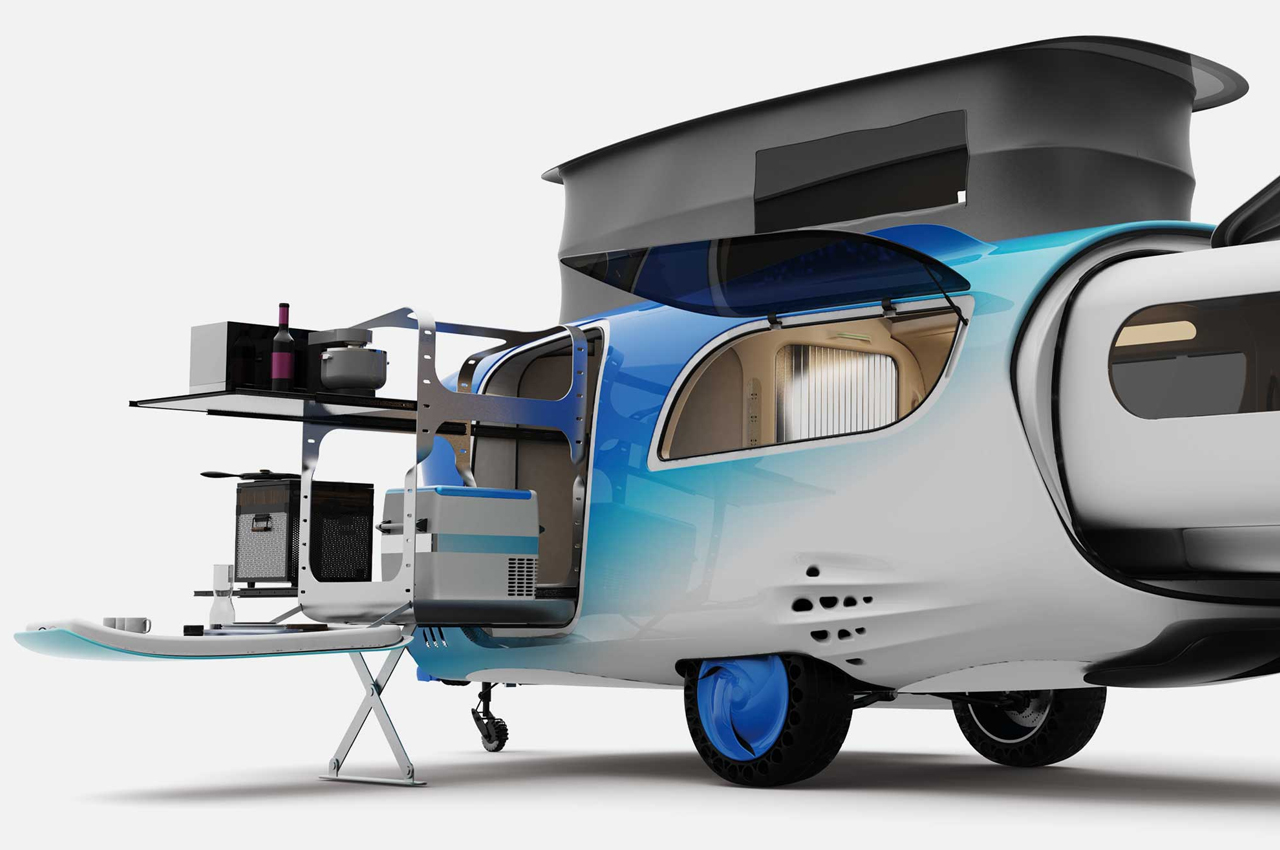 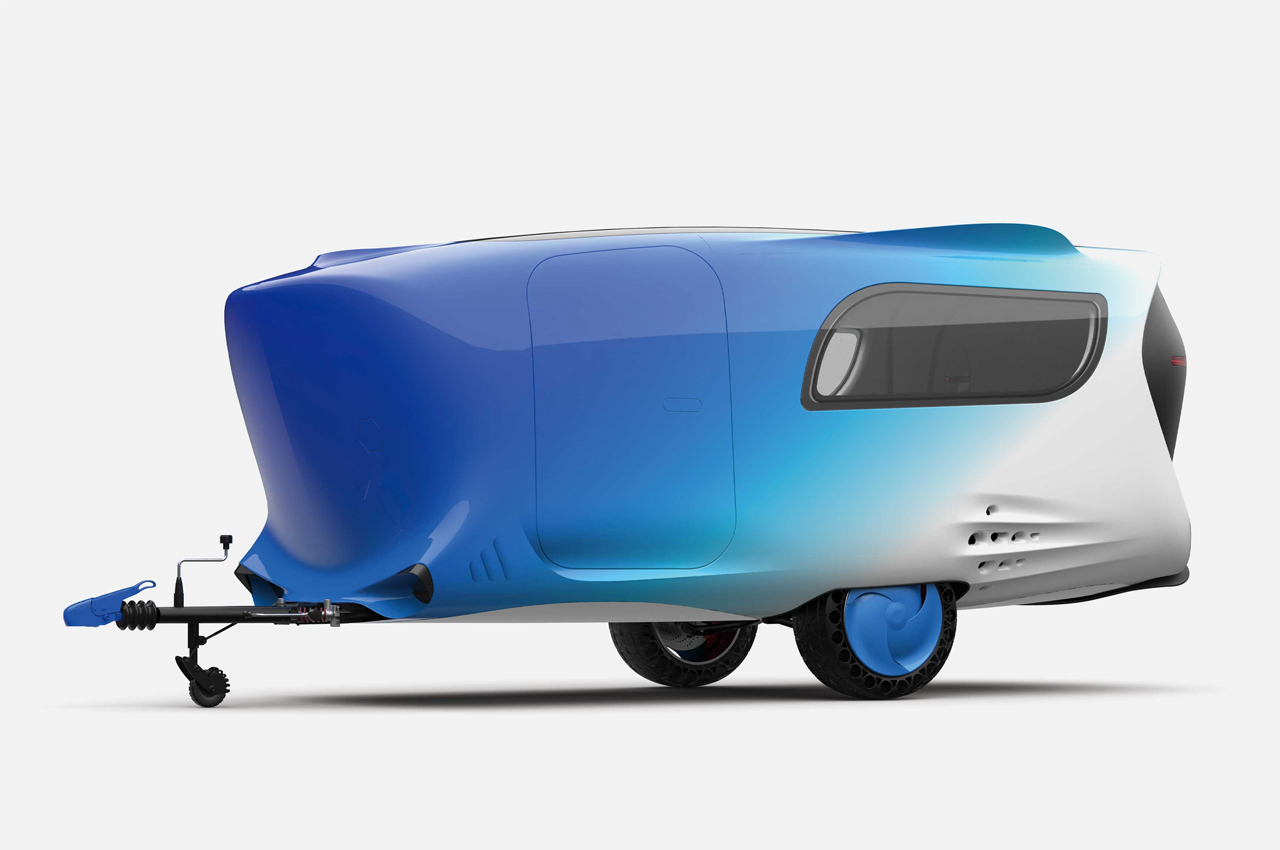 I’ve just been through a painful patch of wound dressing and using awkward bandages, which is why I know that an improvement in design is…

In terms of philosophy, people draw a lot of parallels between Muji and Apple. Both create products that are worth worshiping, and that celebrate minimalism…

Changing seasons are the inspiration behind this vintage-esque typewriter!

The number of people who opt for laptops over desktops has been increasing by the day. Not everyone prefers keyboards, but they are essentially useful…

Nike’s developed shoes with liquid mercury in them. It’s just a matter of time before they make volcano-inspired shoes too. That’s what the concept RR…