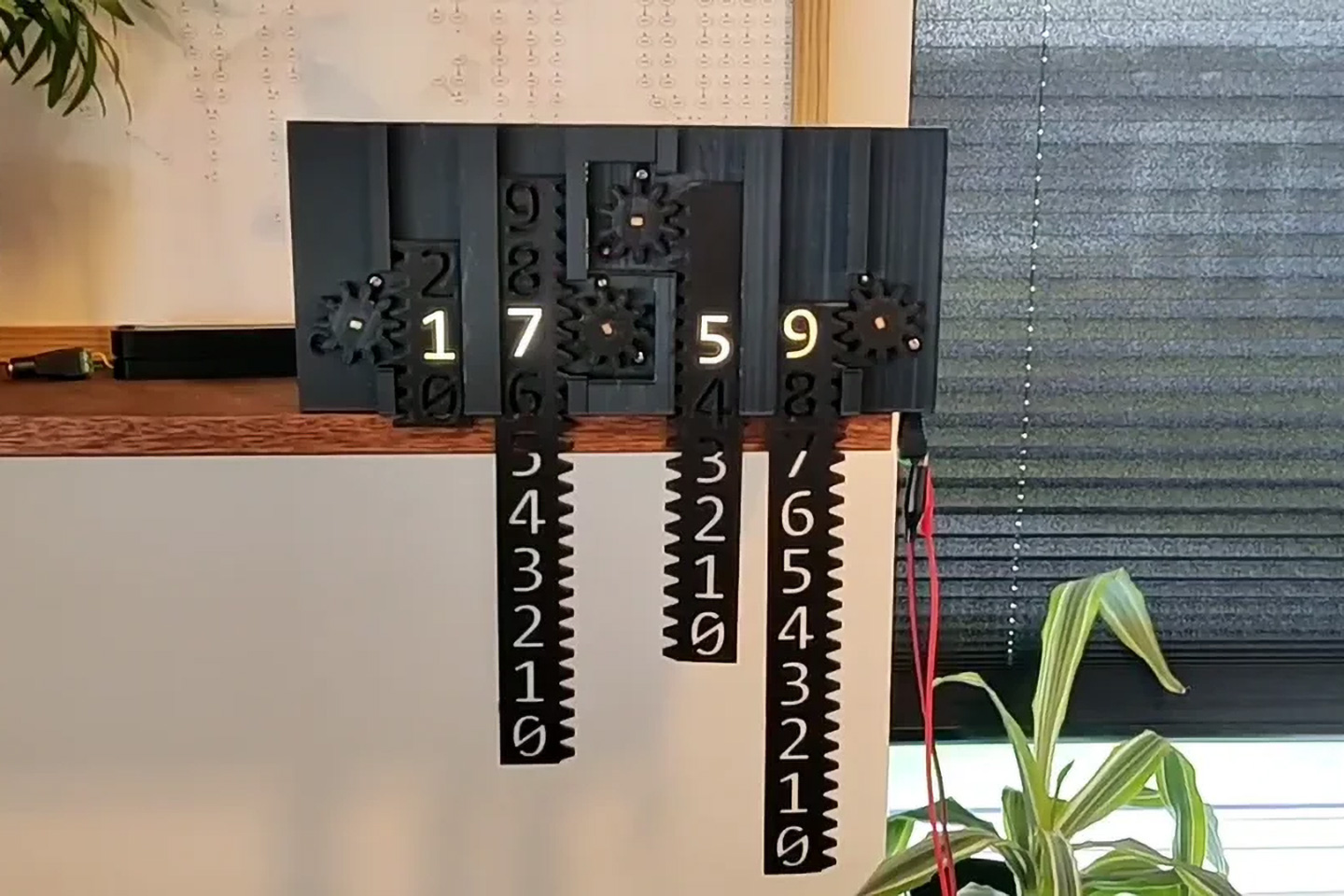 Designed and built by Redditor by the name of ‘ragusa12’, the Oddly Satisfying Clock is exactly that… oddly, and extremely satisfying! Inspired by a digital clock with a similar design, Ragusa12 decided to take that digital concept and turn it into a mechanical little timepiece. The rather aptly named Oddly Satisfying clock comes with a 3D-printed design, and is powered by stepper motors running on an Arduino processor. The contraption currently only displays the hours and minutes (because the seconds pass by too fast for the gears and components to actually keep up), and Ragusa12 says the clock’s still a work in progress because the stepper motors make about as much noise as “pushing a full glass of water over a table.”

The way the Oddly Satisfying Clock works is pretty simple, at least in principle. Think of how the odometer on your cars used to work, with printed numeric discs that rotated to show how many miles your car traveled. The Oddly Satisfying Clock simply switches those discs out for vertical columns with numbers on them, that travel up and down to reveal the time. Using a rack and pinion gear system, a set of motors inside the clock’s main body control the movement of the vertical columns, and lights inside the clock illuminate the numbers to tell you what time it is. What’s perhaps the most oddly satisfying bit is watching the clock go from the end of an hour to the next hour, with the minute columns sliding from 59 all the way down to 00! In fact, you can even see how an early iteration of the clock looked when it struck midnight from 23:59 in the GIF below!

If you want to build your own Oddly Satisfying Clock, Ragusa12 has made the 3D files and the underlying Arduino packages available to download for free.

M60M, times have changed. Instead of hands (hours/minutes/seconds) one rotating disc shows the time in hours and quarters (marks). The clock face exists as a…

It’s no surprise that designer Jason Falconer took 1st Place at this years PAL Robotics’ REEM-C design challenge. Being the editor of robot-blog PlasticPals, the…