Surf Bench is an interactive bench designed for waiting room areas and to teach us about physics, is made from dozens of movable wooden and steel elements that mimic the flow of a kinetic wave.

When you’re stuck in a waiting room and left to your own devices, you make your own fun. Whether that means endlessly scrolling through Twitter, counting the tiles on the floor, or finding how far back you can lean in your chair, waiting rooms test your imagination until time moves faster or your name is called. With a single goal of making life around us (and waiting rooms) more pleasant, South German designer Kim André Lange created Surf Bench, a piece of interactive waiting room furniture that’s designed to bring people together, keep us busy, and teach us about physics in the meantime. 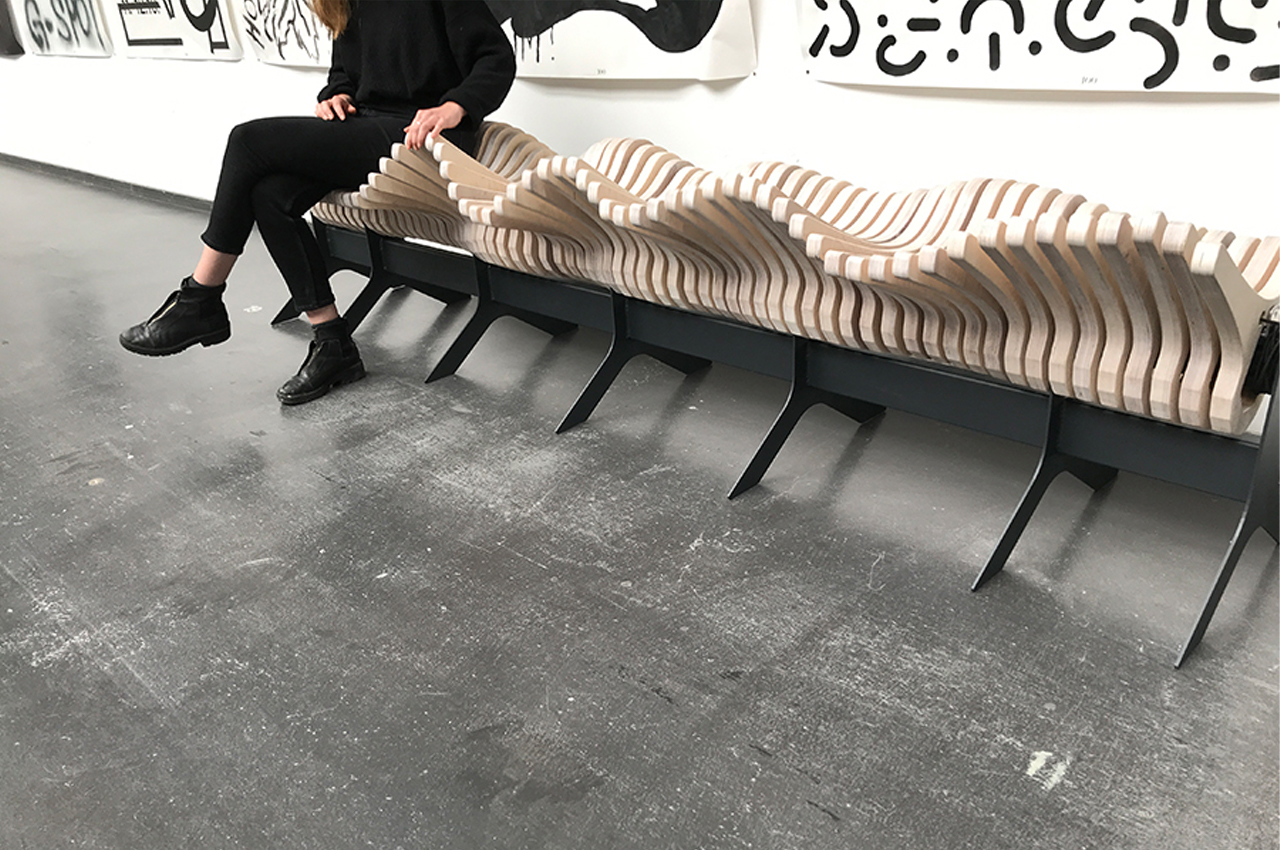 Designed to appear almost like a spinal cord, Surf Bench is comprised of moving wood and steel elements that change shape when interacted with to mimic the flow of a kinetic wave. When someone sits down on Surf Bench, their weight sends a ripple effect through the length of the bench, becoming a sort of life-size fidget spinner, one of those handheld devices uses to stave off looming anxiety. Sitting down on Surf Bench, users will notice the bench’s potential to occupy our senses, attention, and tactile urges. 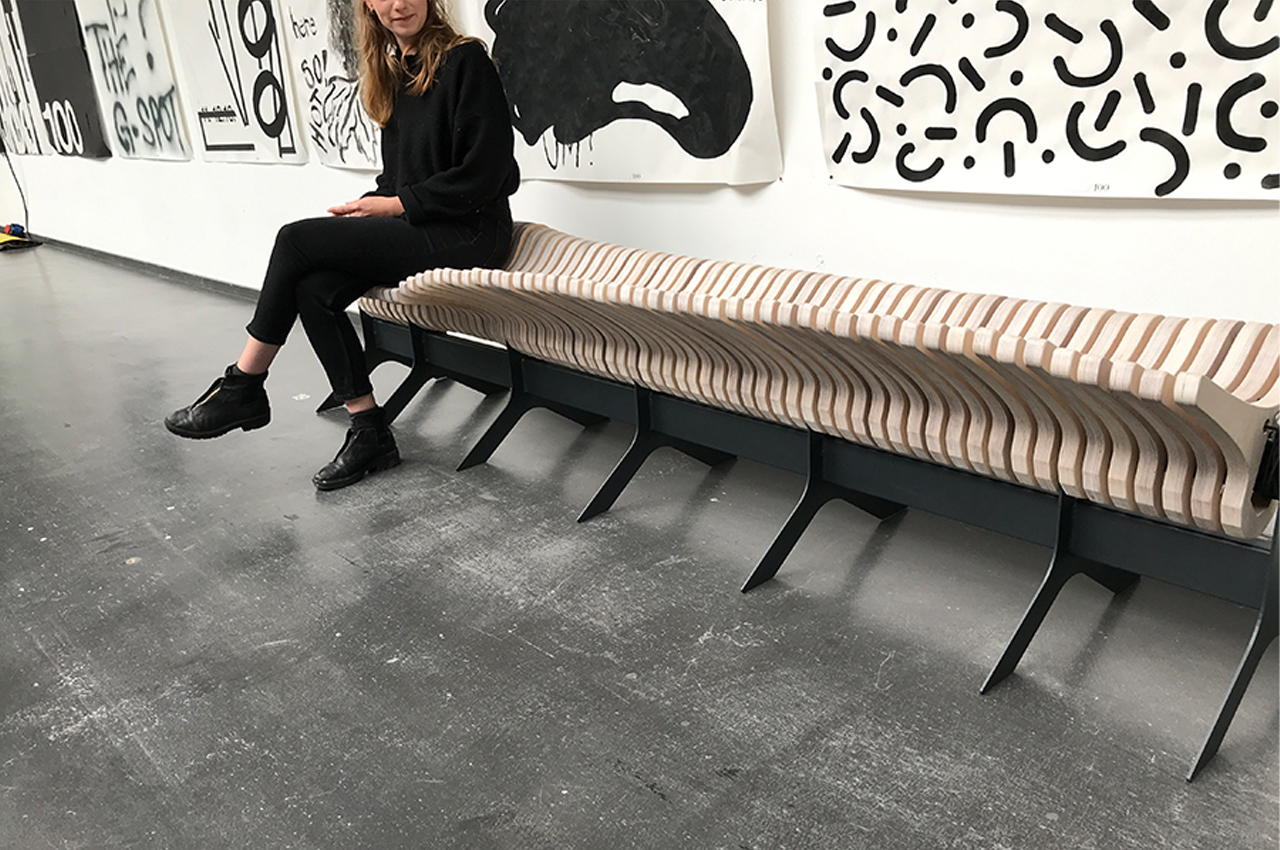 When we’re stuck in waiting rooms, our hands land on whatever might provide some stimulation. Expressing this human tendency in conjunction with the design of Surf Bench, Kim André Lange notes, “The Surf Bench Project focuses on humans in public waiting areas – places where people experience time. By observing these places a strong visible emotion sticks out: nervosity…By analyzing present waiting areas one object is found in most of them: the waiting bench. An object without any characteristics helping us get through that nervous time in between.”

Sending kinetic waves down the entire length of Surf Bench not only keeps our minds occupied, but educates us on the physics behind it. Providing a tactile experience that also serves to educate the public on physics, Surf Bench will keep us entertained and might even help us forget we’re waiting for something in the first place. 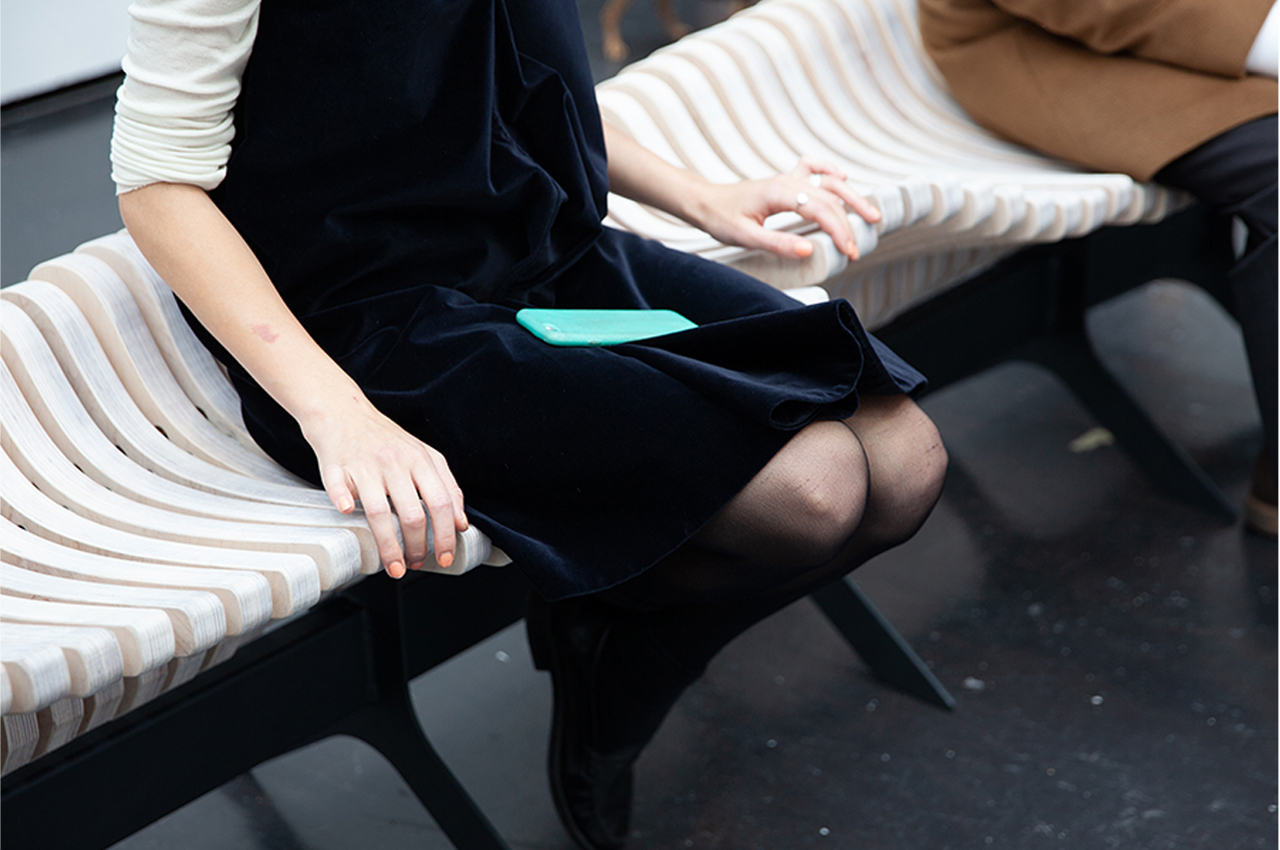 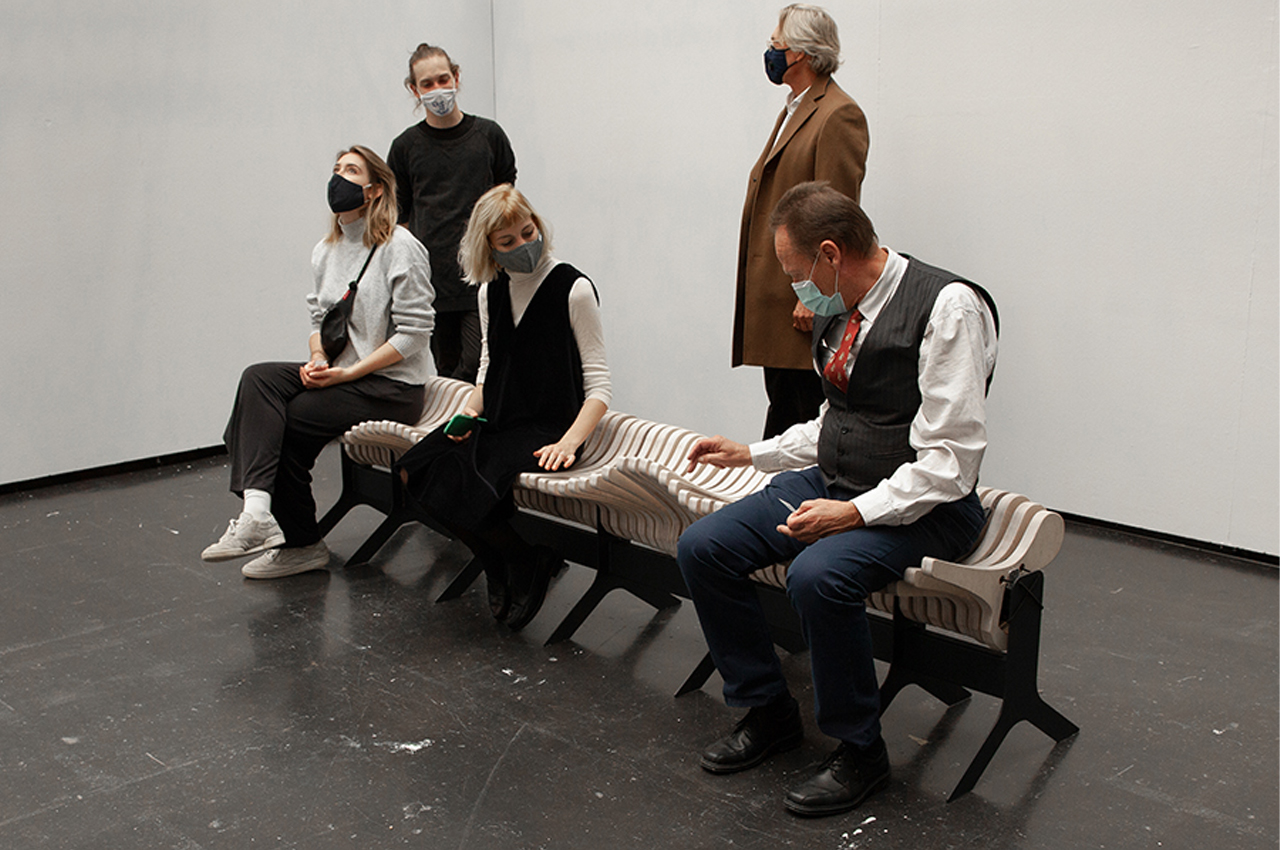 Become One With the Chair

The only thing missing from the Mono Chair is you! Made from a single piece of formed aluminum, the monocoque design has only two rear…

Not Another Brick In The Wall

The Save Water Brick design is really unique; the brick is a mixture of discarded plastic bottles and dried rotting leaves molded into bricks. There…

This minimal desk comes with modular parts, creating a versatile design that meets your creative needs!

The Note Desk is a simple, yet durable wooden office desk with a removable back panel to suit your professional and creative needs. Desks assume…