The Plasma 6 is the latest triathlon bike from Scott Sports was designed to be the fastest triathlon bike ever built. Equipped with a built-in hydration system, optimized aerodynamics, adjustable parts, and integrated storage compartments, the Plasma 6 just needs to bring you over the finish line.

Different bikes call for different designs. While an electric city bike might boast hubless wheels and smart control panels, off-road bikes lean into an ergonomic build and keep a tight focus on horsepower. Triathlon bikes are all about aerodynamics and a lightweight frame, prioritizing function over aesthetics. The Scott Plasma 6, the next-generation triathlon bike from Scott Sports, was built for one reason and one reason alone: to be the fastest triathlon bike ever built. 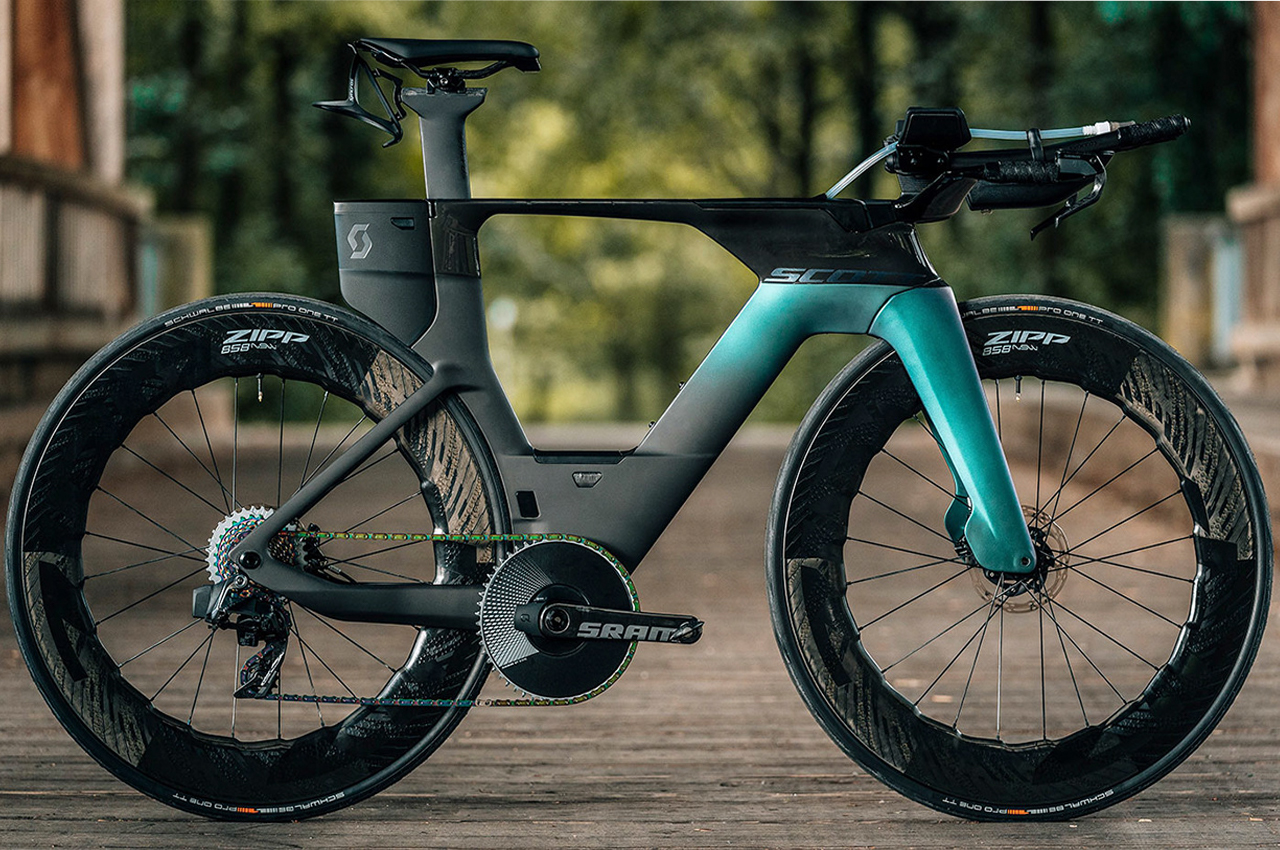 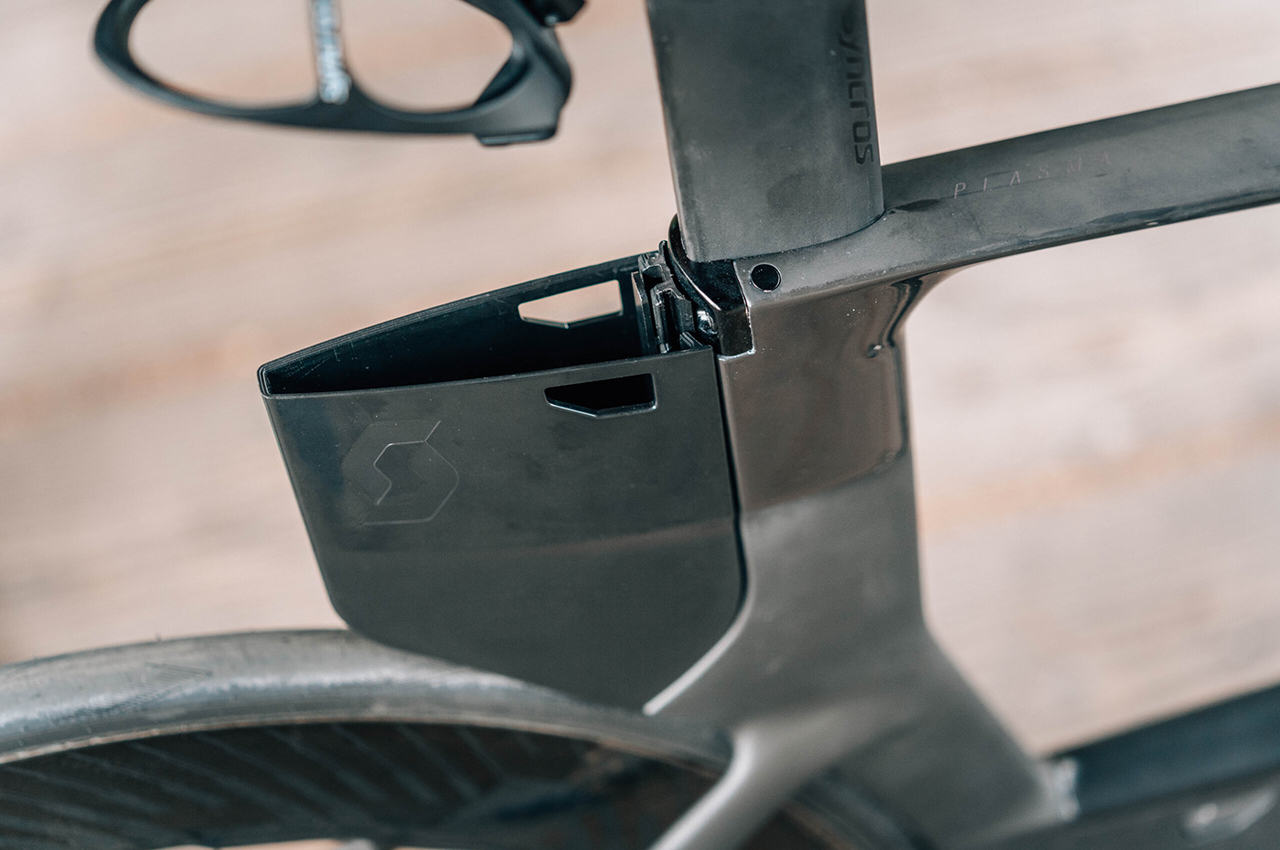 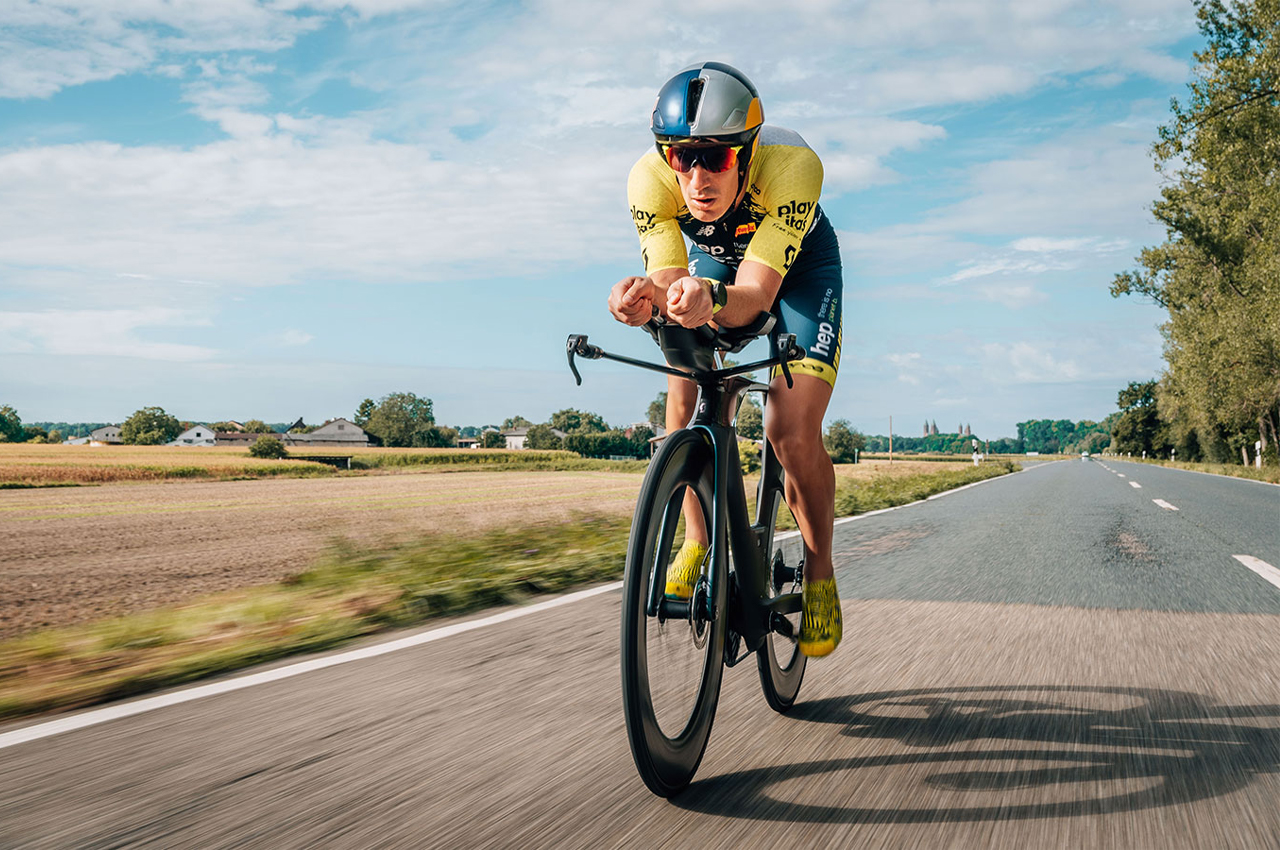 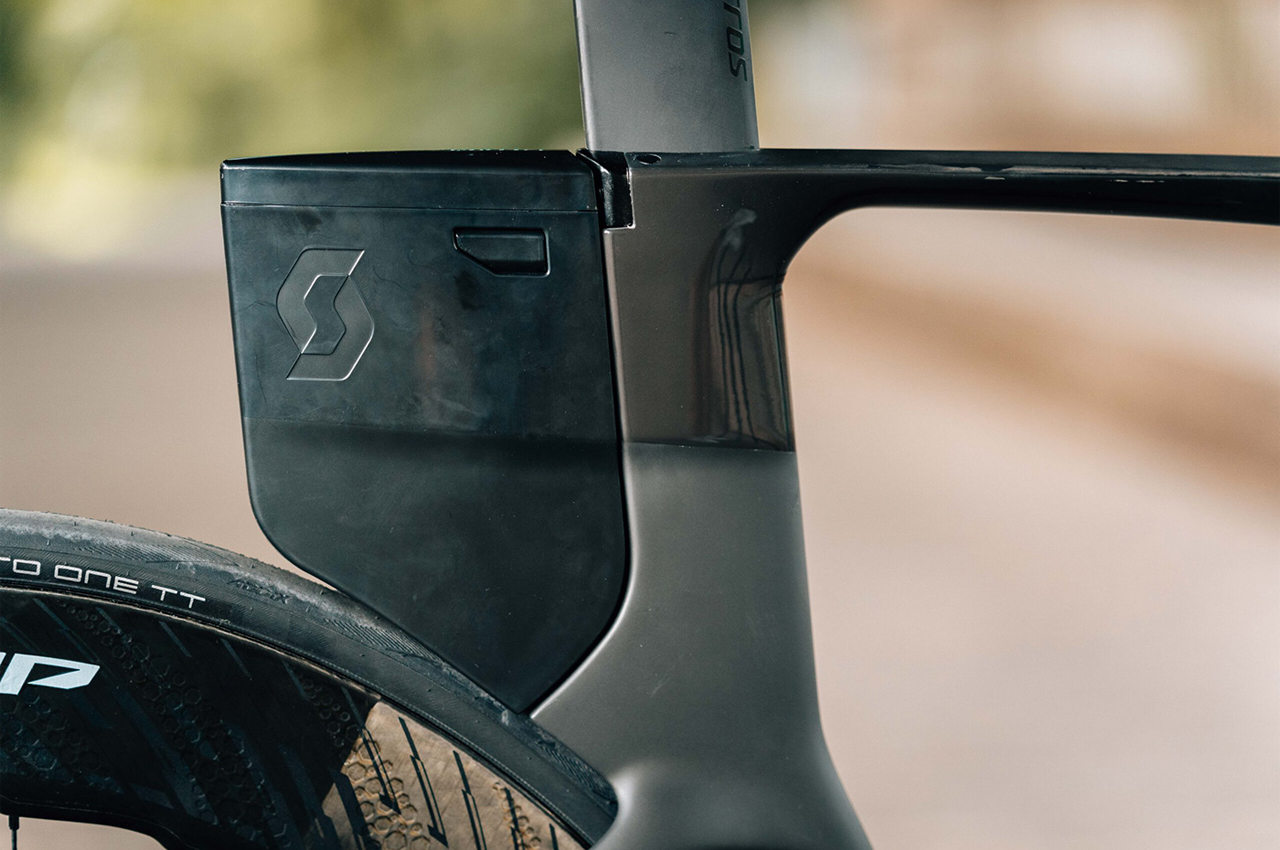 The designers behind Plasma 6 mention how they took into account the aerodynamics of the moving rider from day one, designing and fine-tuning the bike in a wind tunnel to ensure practical improvements are made in real conditions. 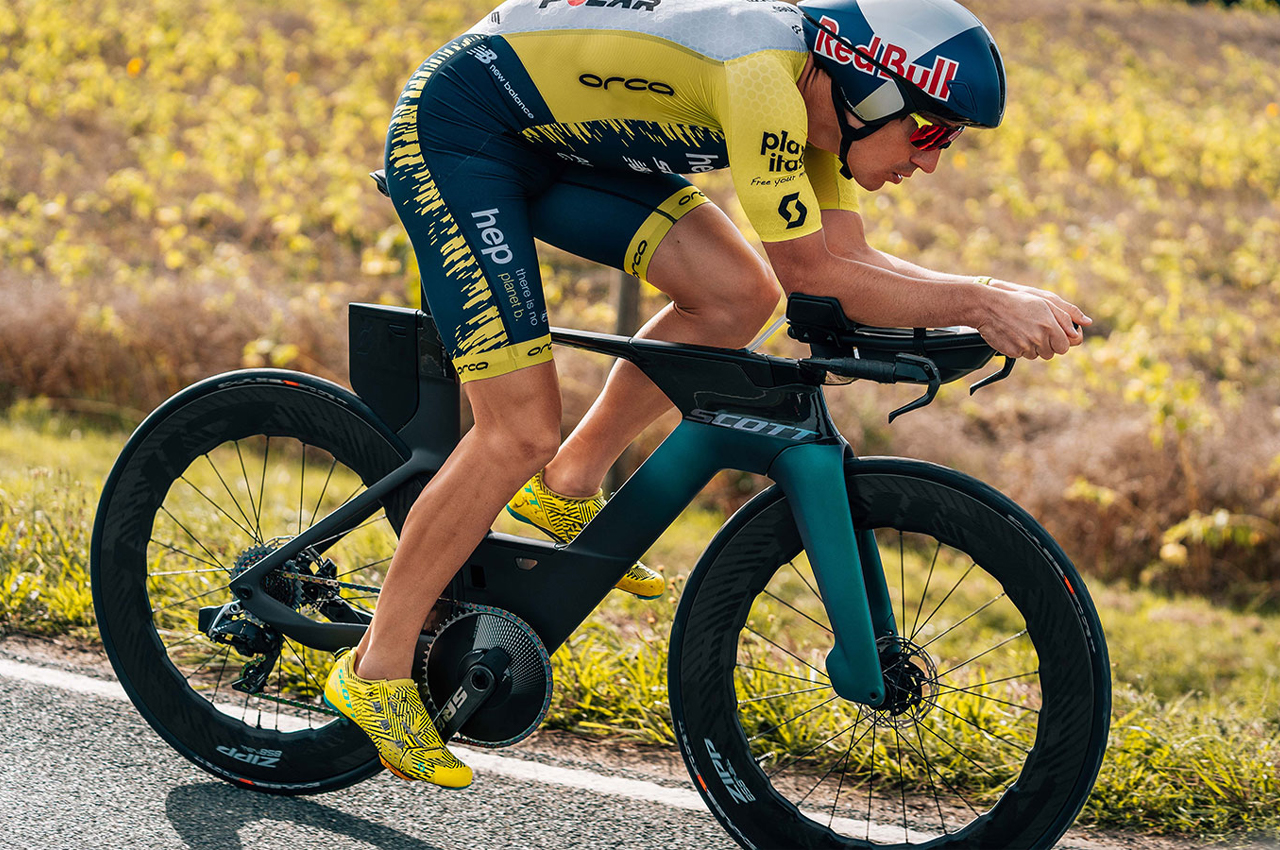 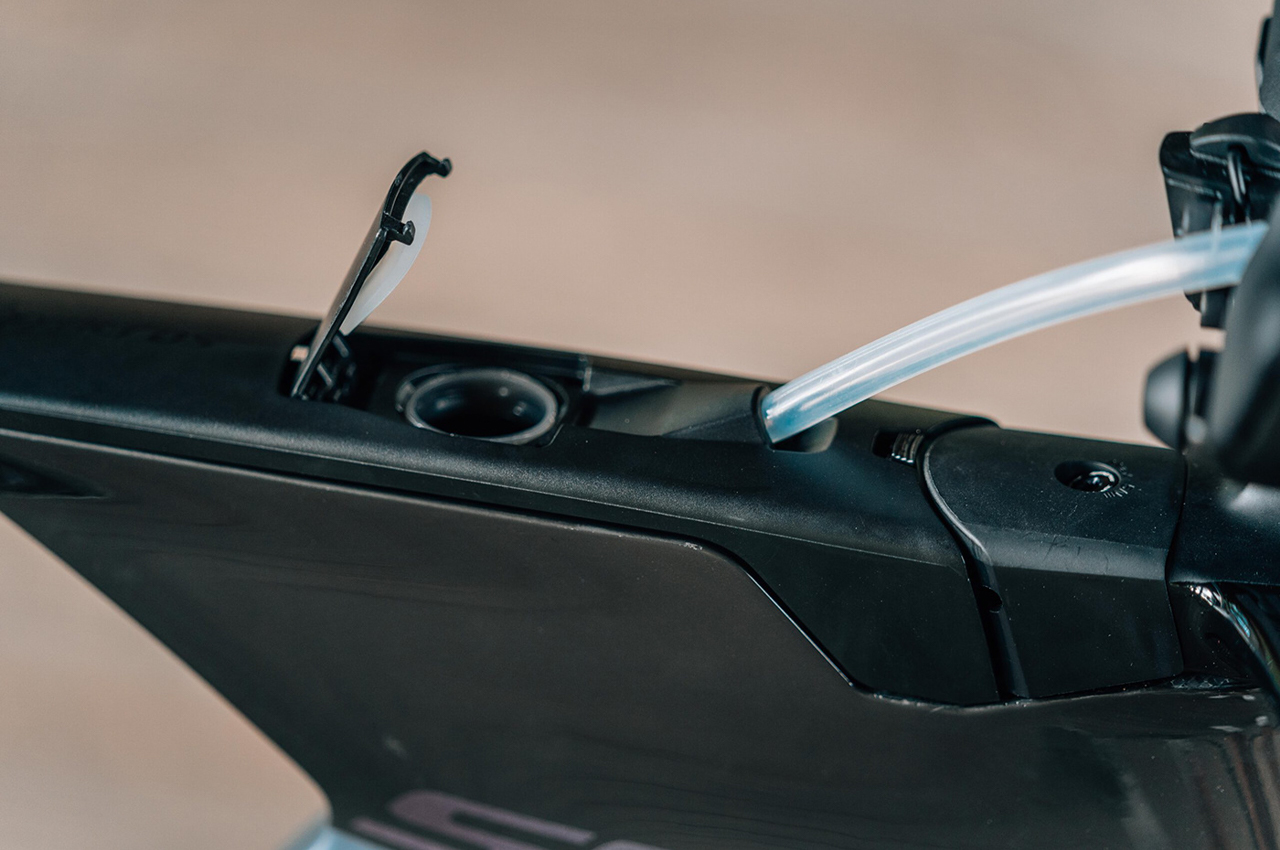 Constructing the Plasma 6 to perform at top speeds required a lot of conceptual planning on the design team’s end. Recognizing that the down tube’s prime position is just behind the front tire, the Scott Sports designers also confirmed that when the wheel is that close to the down tube, turbulence is much more frequent. 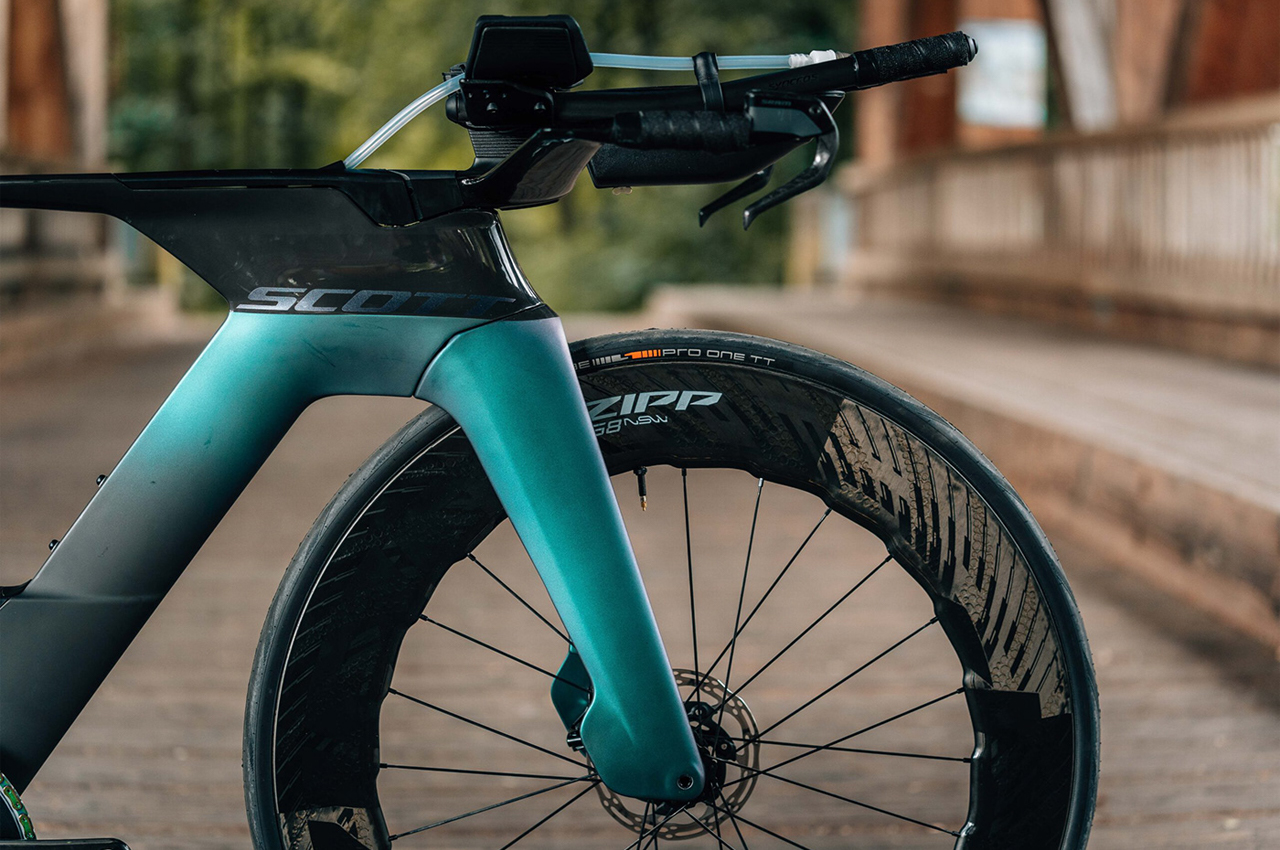 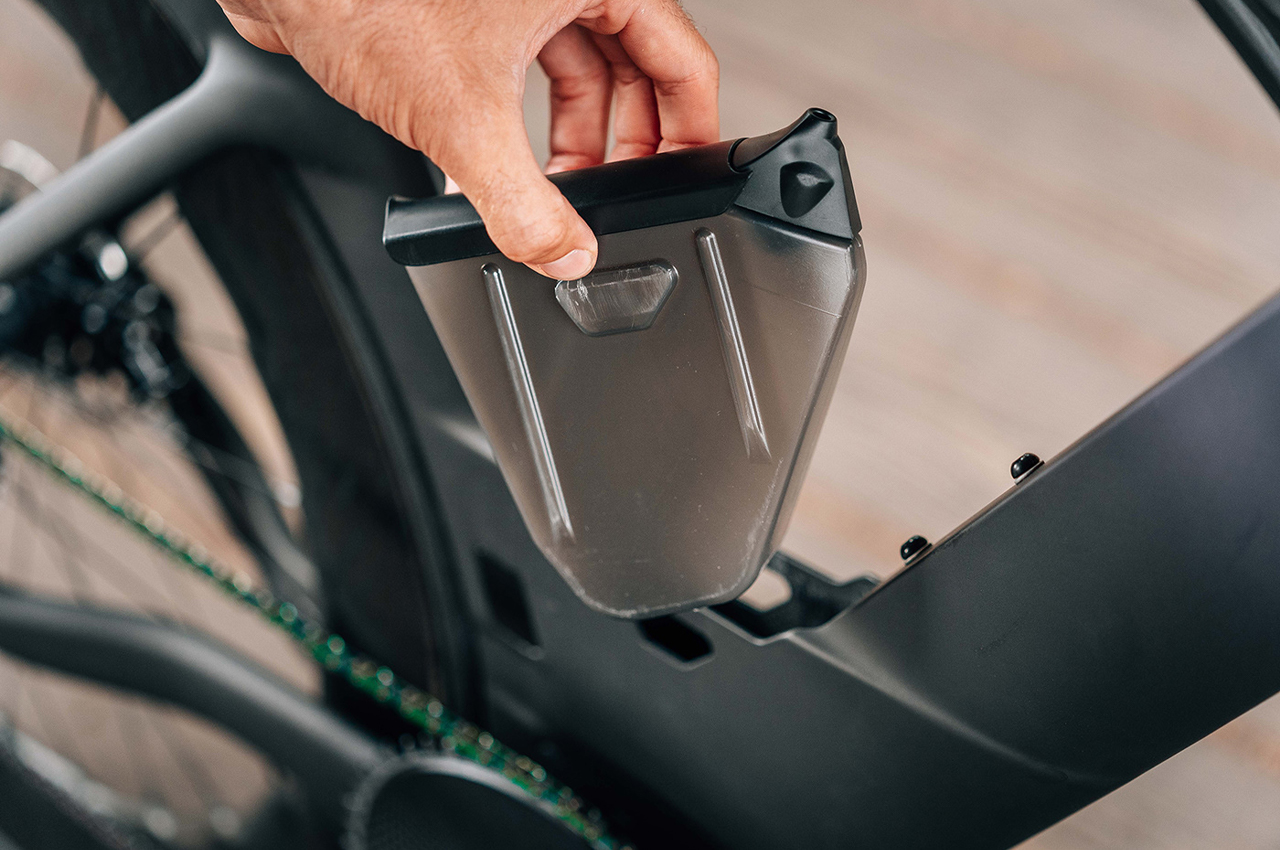 Adjusting the positioning only slightly to avoid that close of contact between the down tube and front wheel, Scott Sports left a wide gap between the two parts, giving the bike enough room to make turns without prompting any turbulence. 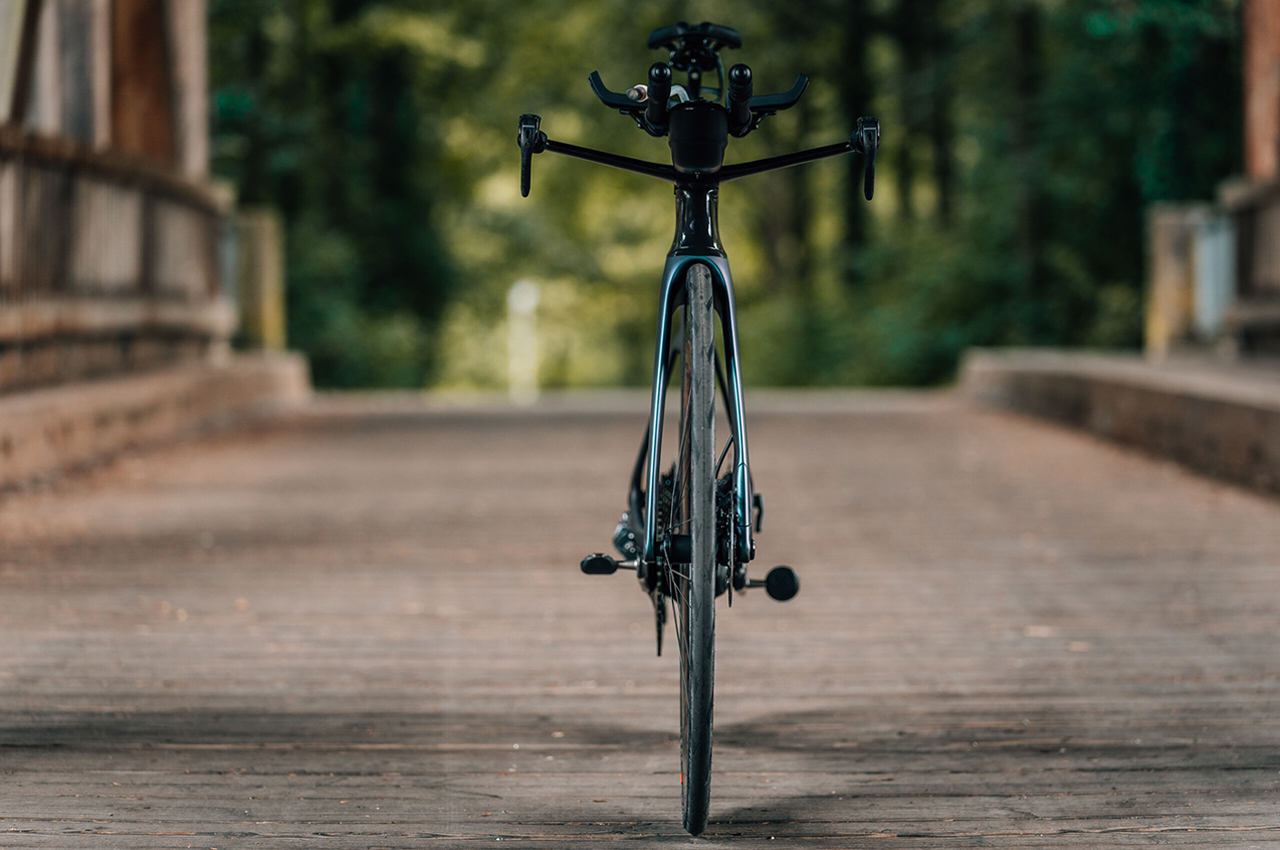 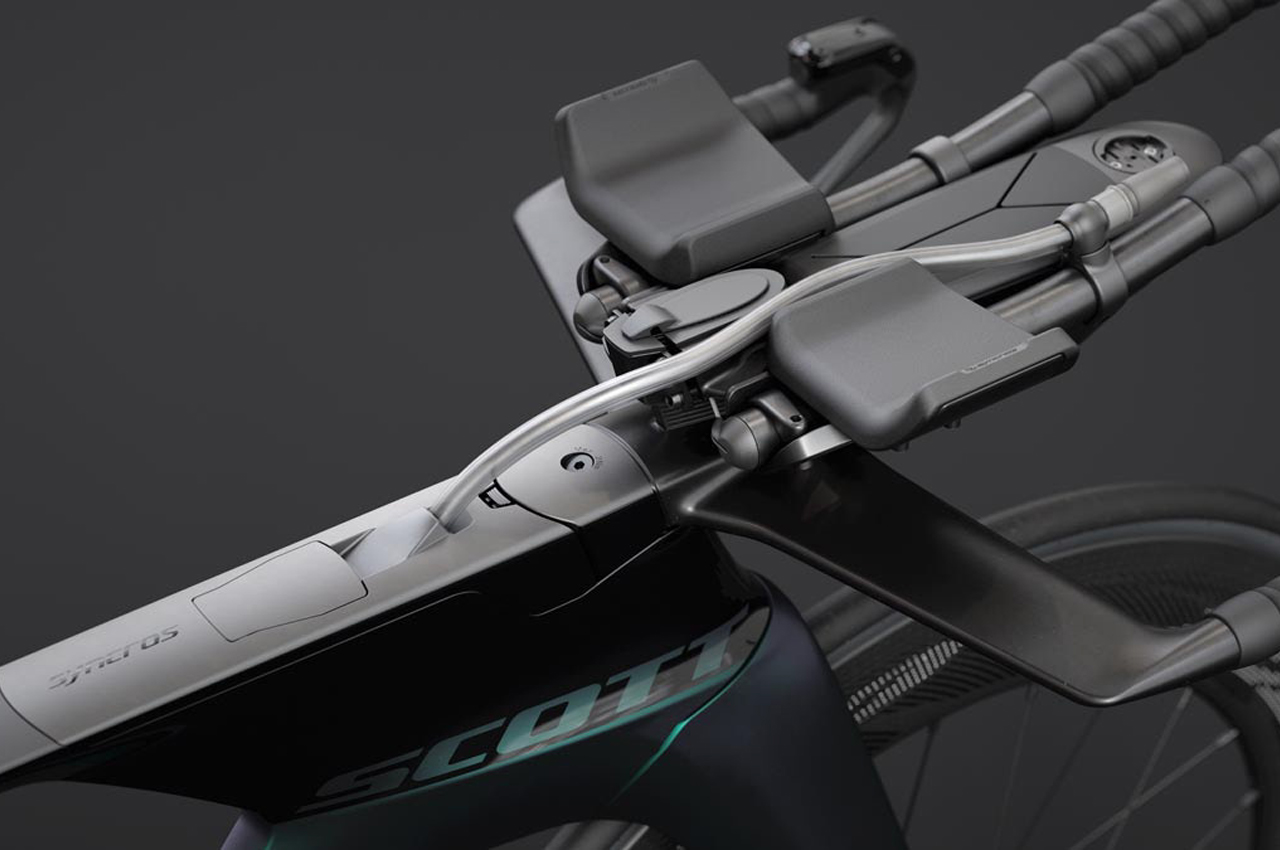 Since the closer the rear wheel is to the seat tube, the more aerodynamic Plasma 6 is, the designers at Scott Sports designed the rear wheel so that it could be adjusted to six different positions before the rider reaches the ideal distance between their seat tube and rear wheel. 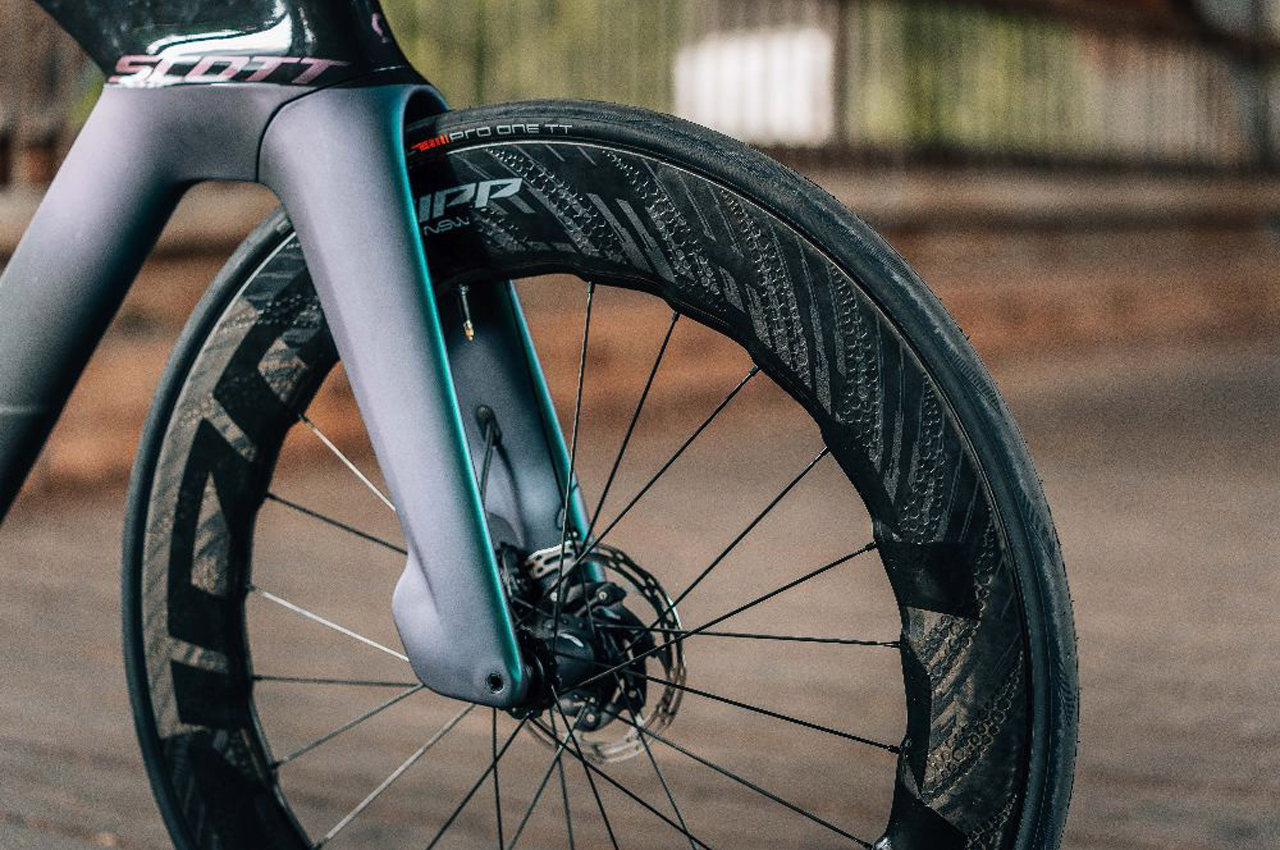 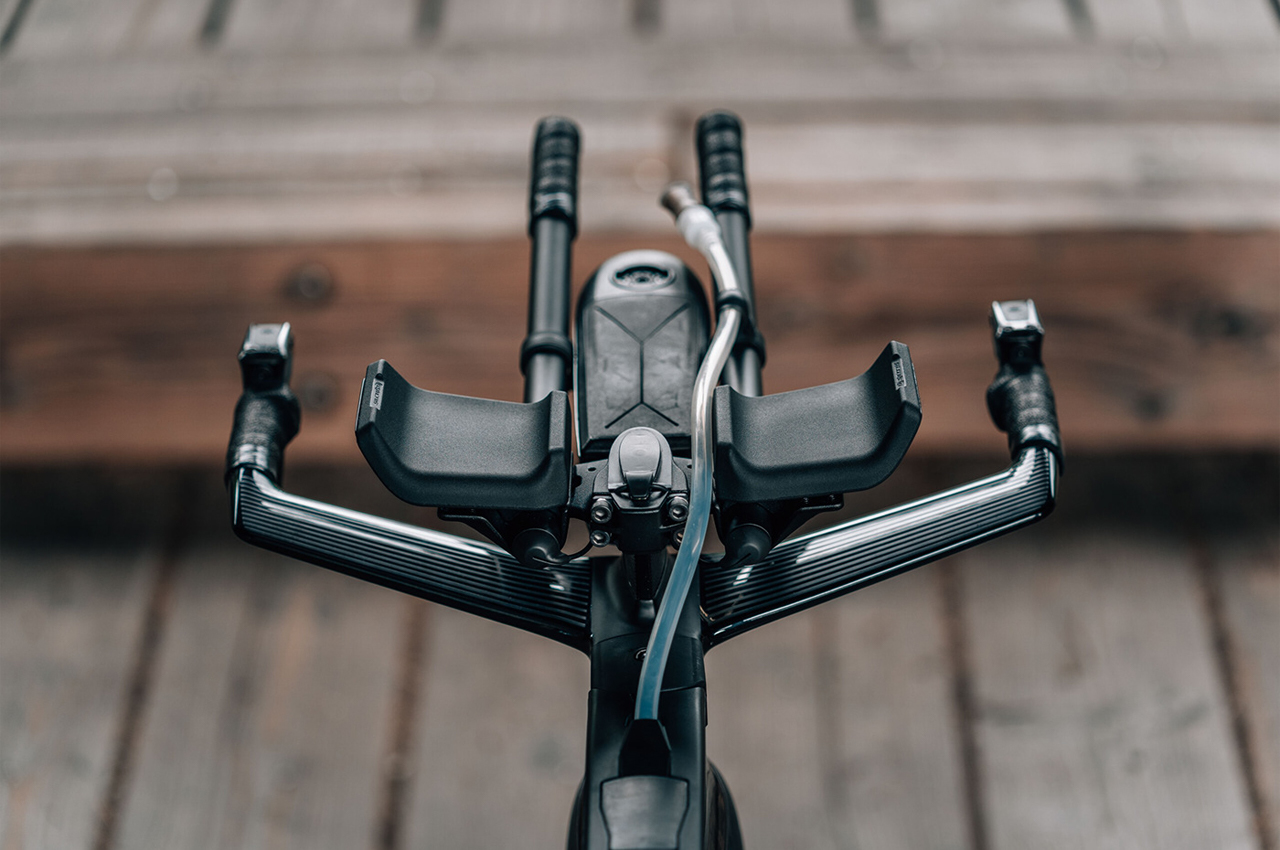 Then, riders can rest assured the Plasma 6 doesn’t hold out on any of the integrated storage compartments the Plasma 5 was known for. In fact, the built-in storage system is even more advanced on the Plasma 6. Describing the new storage system, Scott Sports notes, 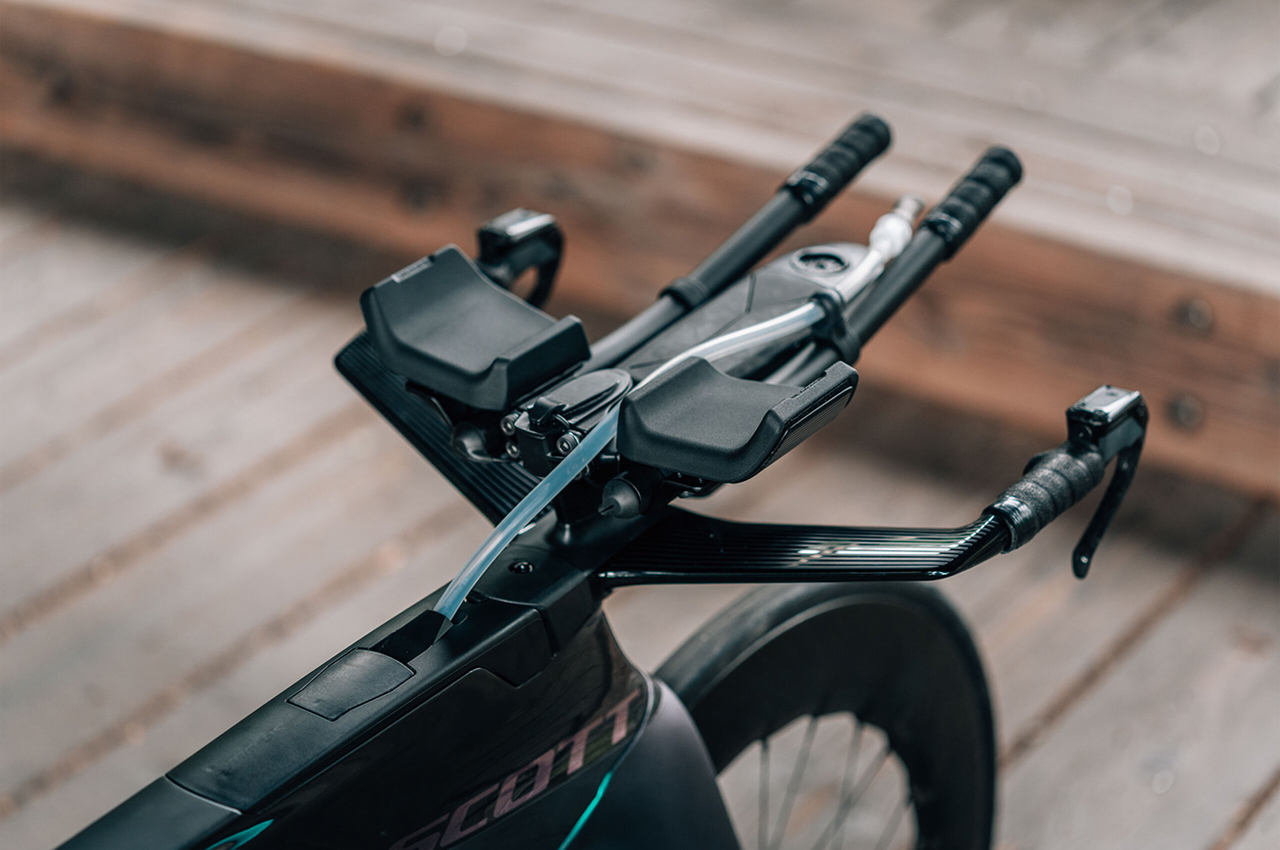 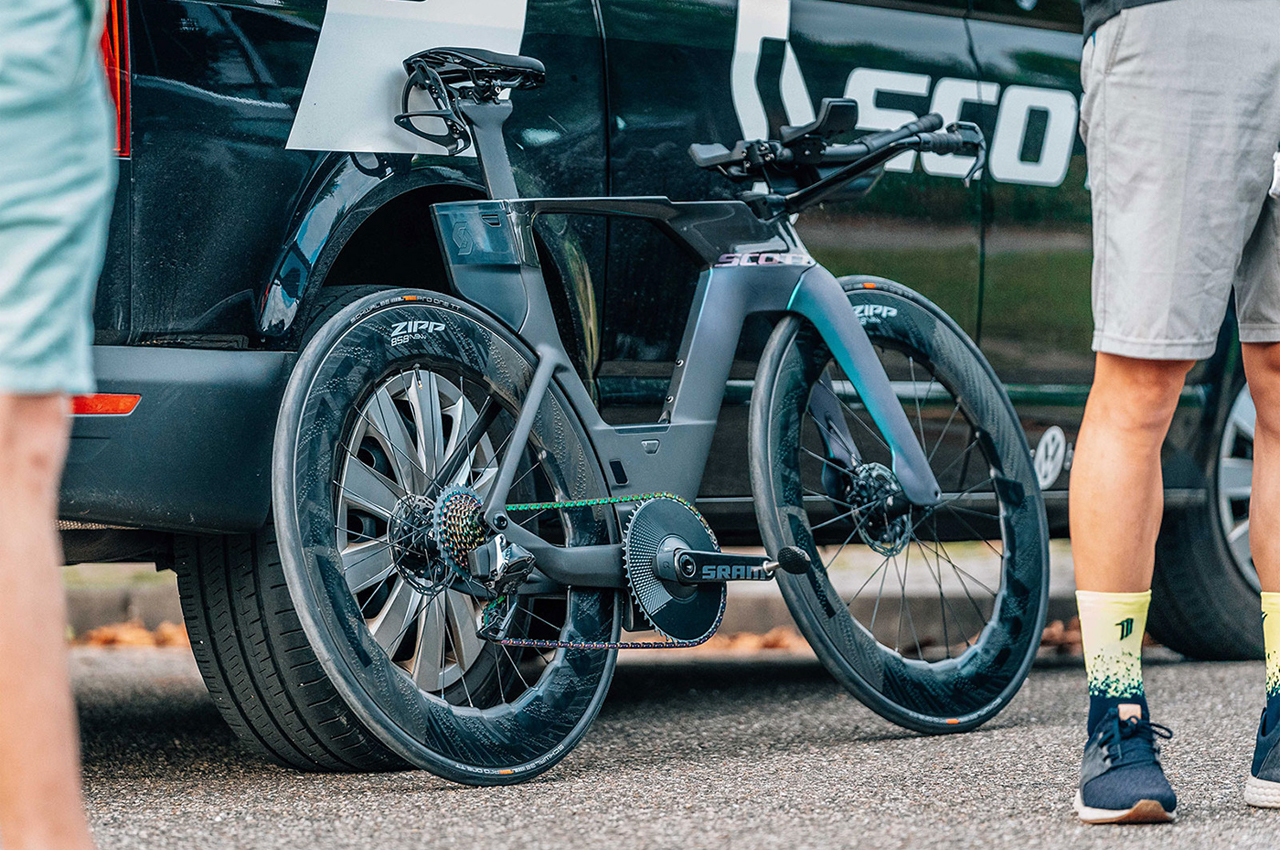 “It allows all spare parts, drinks, and nutritious snacks to be integrated into the frame. The new hydration system allows you to quench your thirst and have a snack while staying in an aerodynamic position, and even refuel without getting off the bike.” 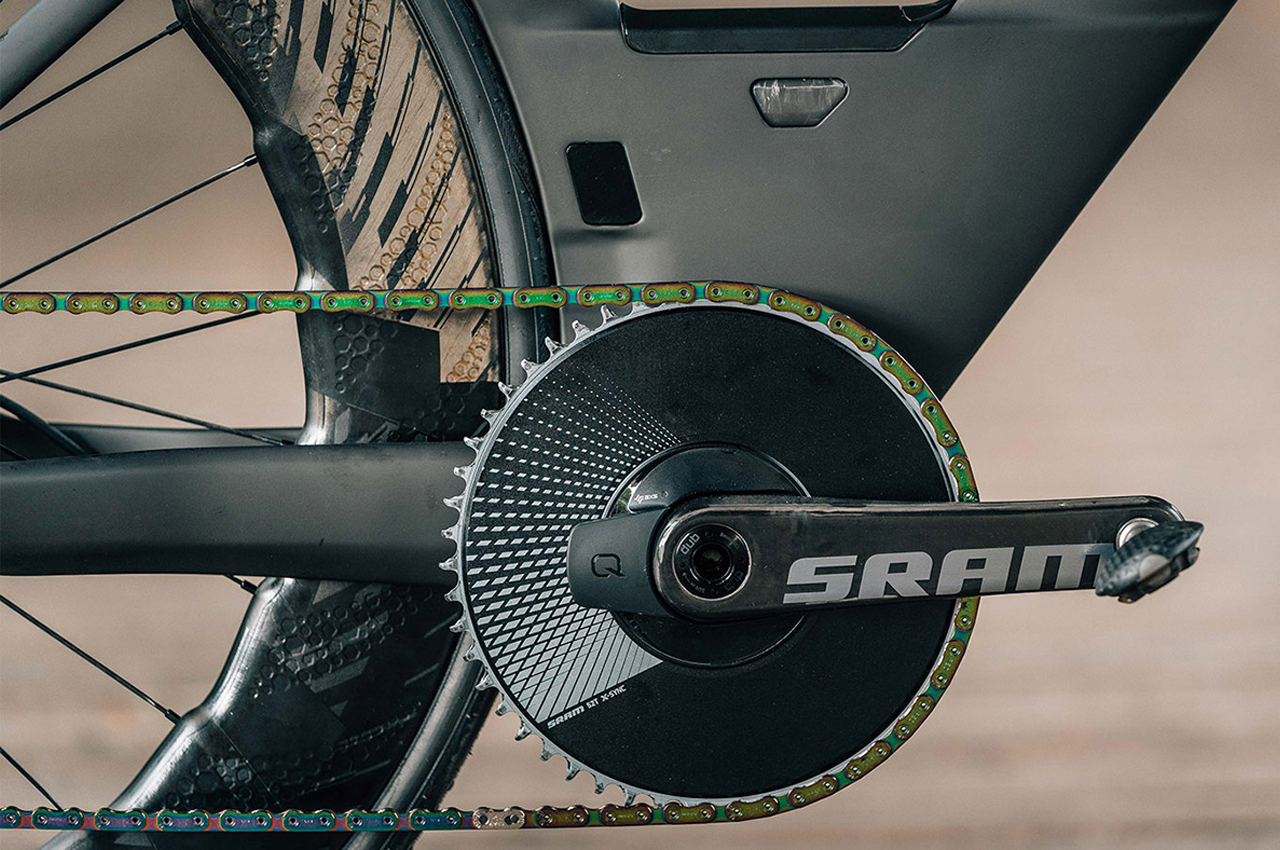 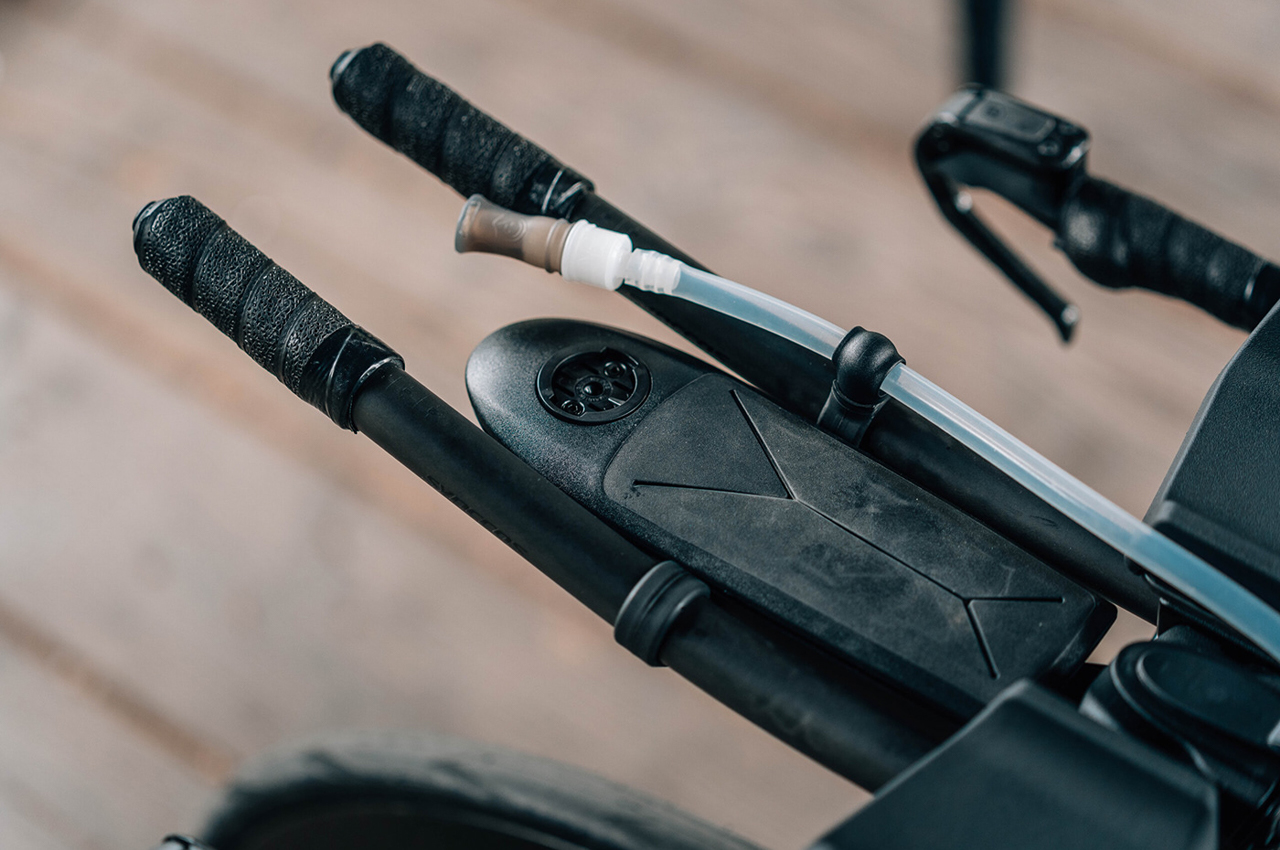 In building the Plasma 6, Scott Sports hoped to build a fast bike for any type of rider, even outside of racing. From the rear wheel adjustment system to the integrated storage compartments, it seems the designers have thought of everything to ensure a smooth ride. Taking it a notch further, the pedals also run on an adjusting track that riders can change as they see fit. The cockpit and forearm skates are also adjustable for riders to find their most comfortable position. 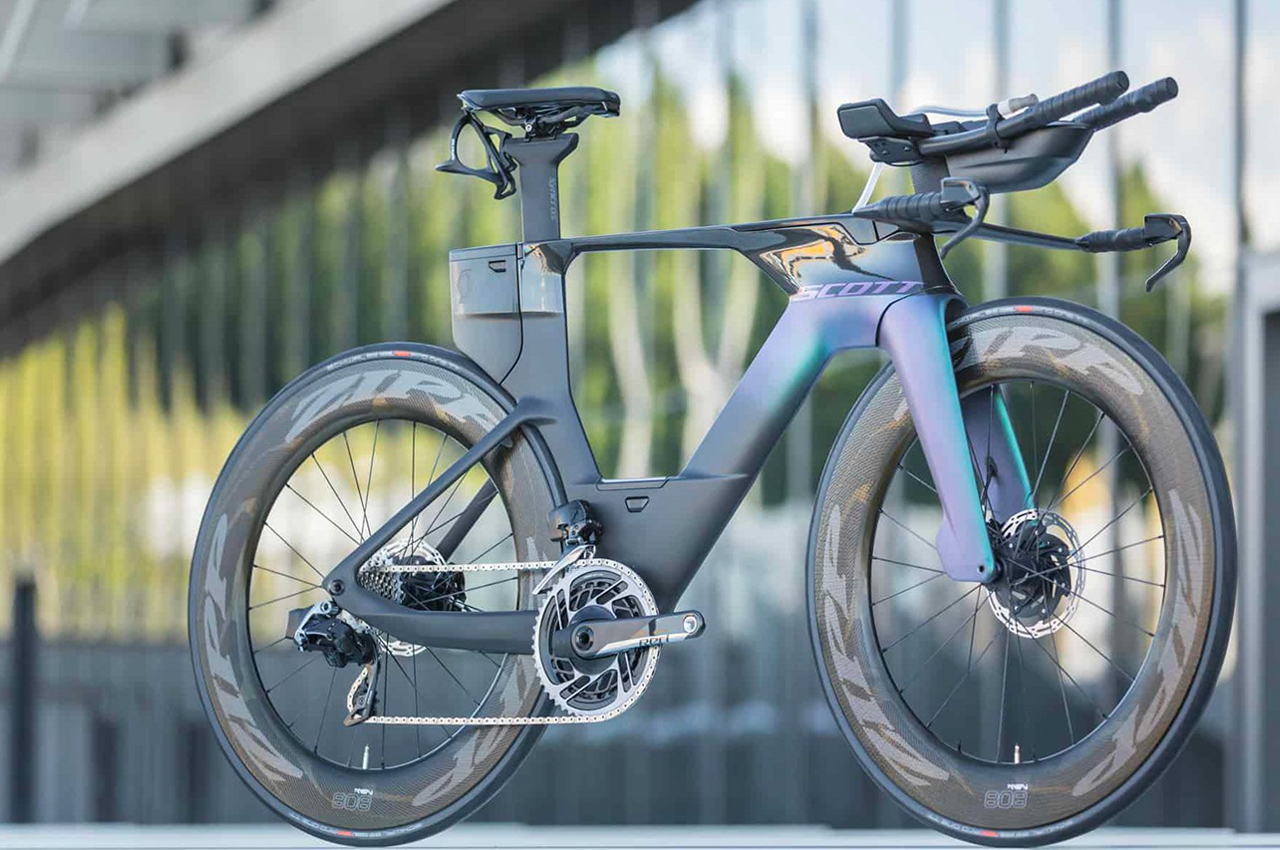 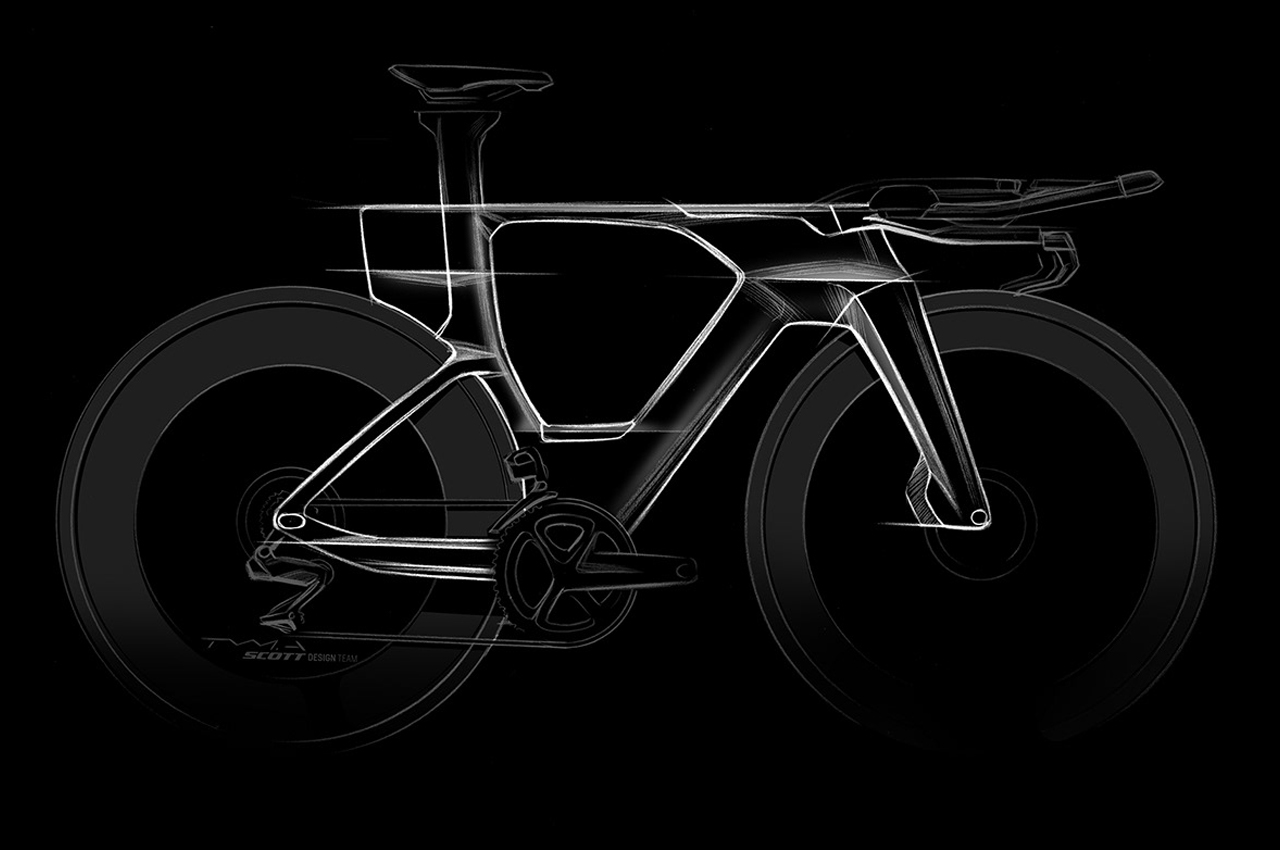 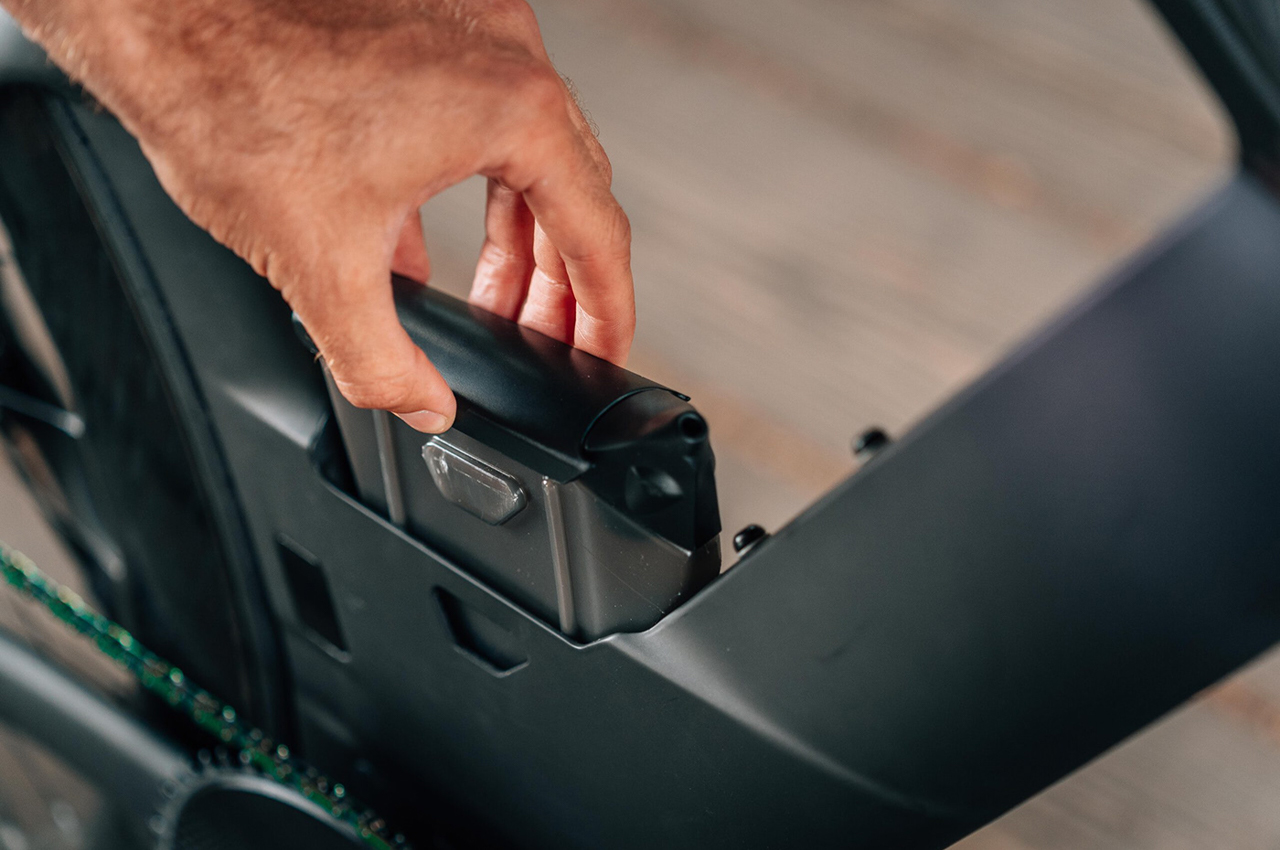 Easy to remove and attach to the bike, the gel canister can hold 400ml and is made from antibacterial polypropylene. 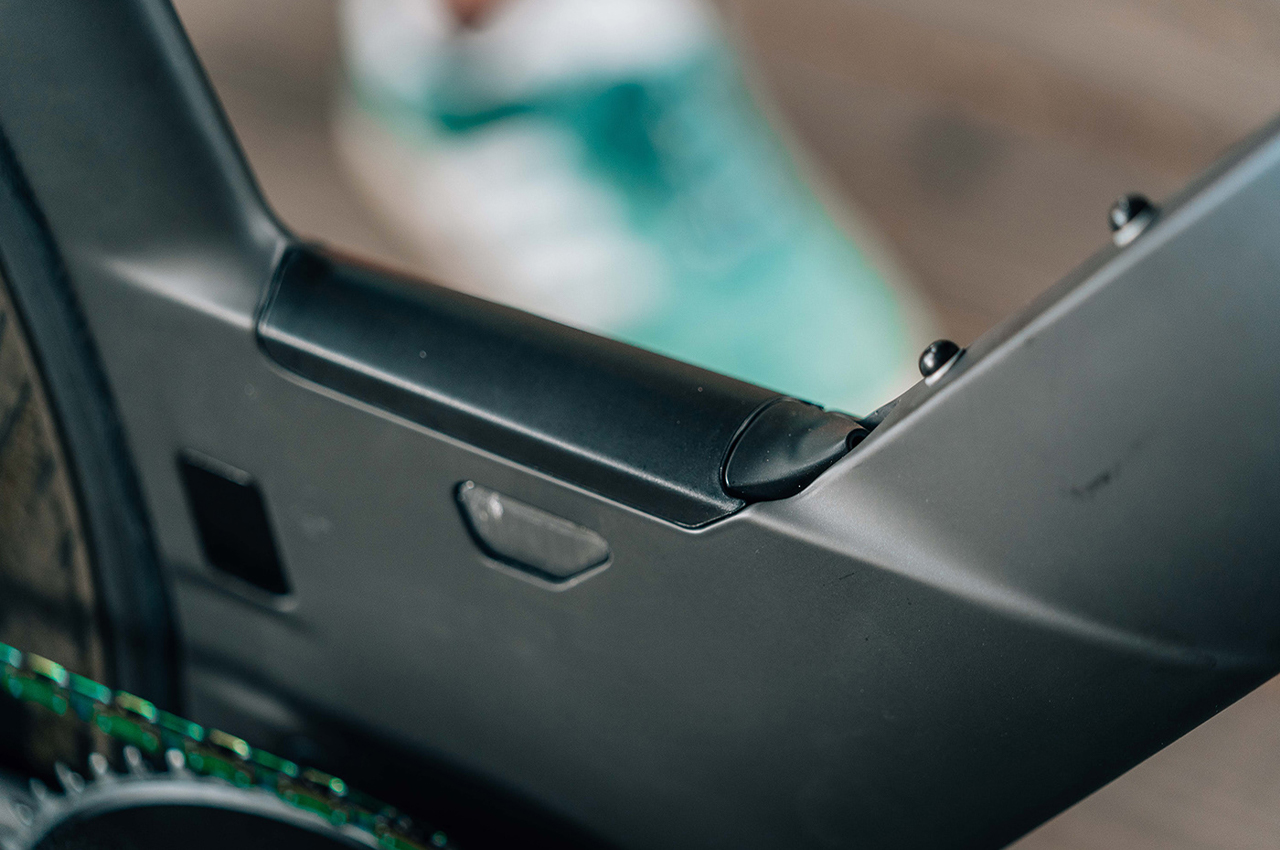 When tucked away, the gel canister is out of sight. 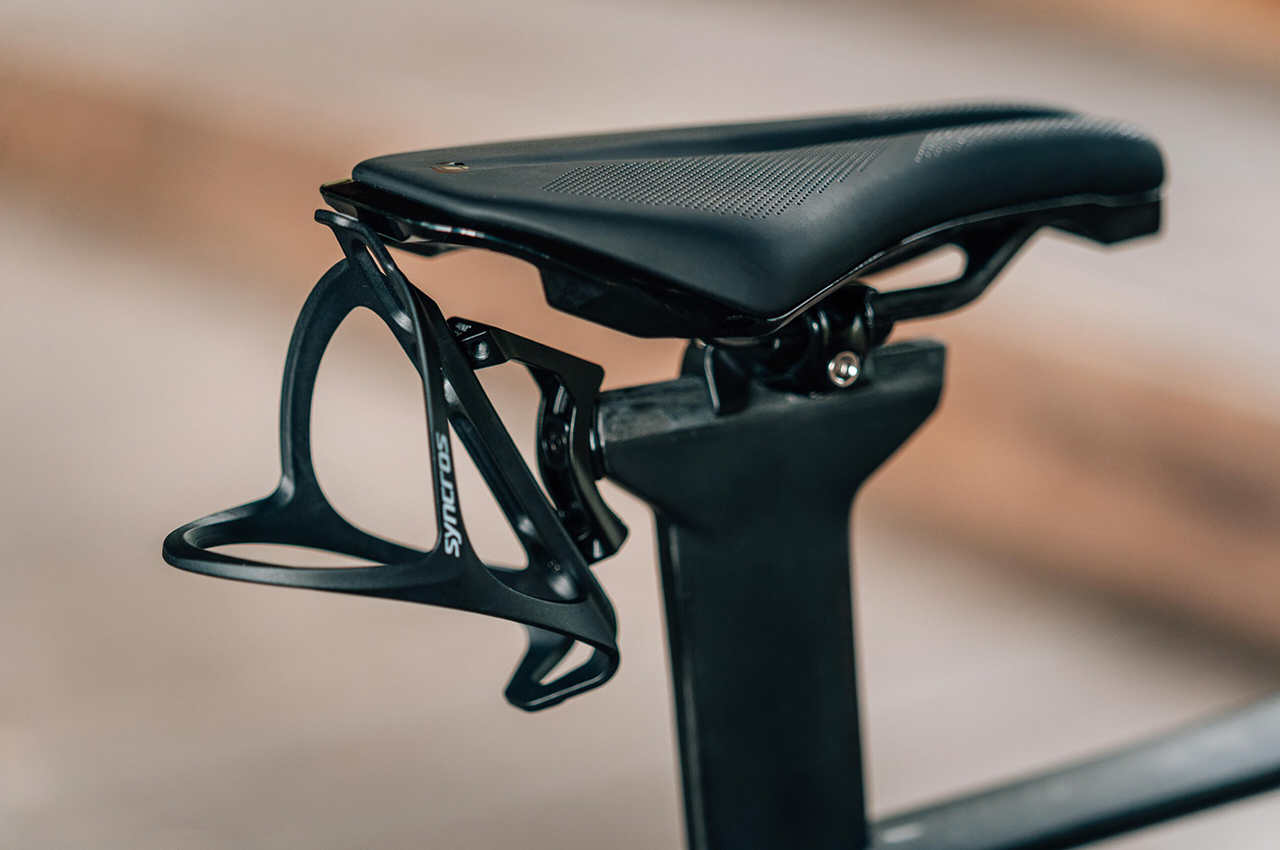 The Plasma 6’s adjustable seat comes with an attached holder for water bottles. 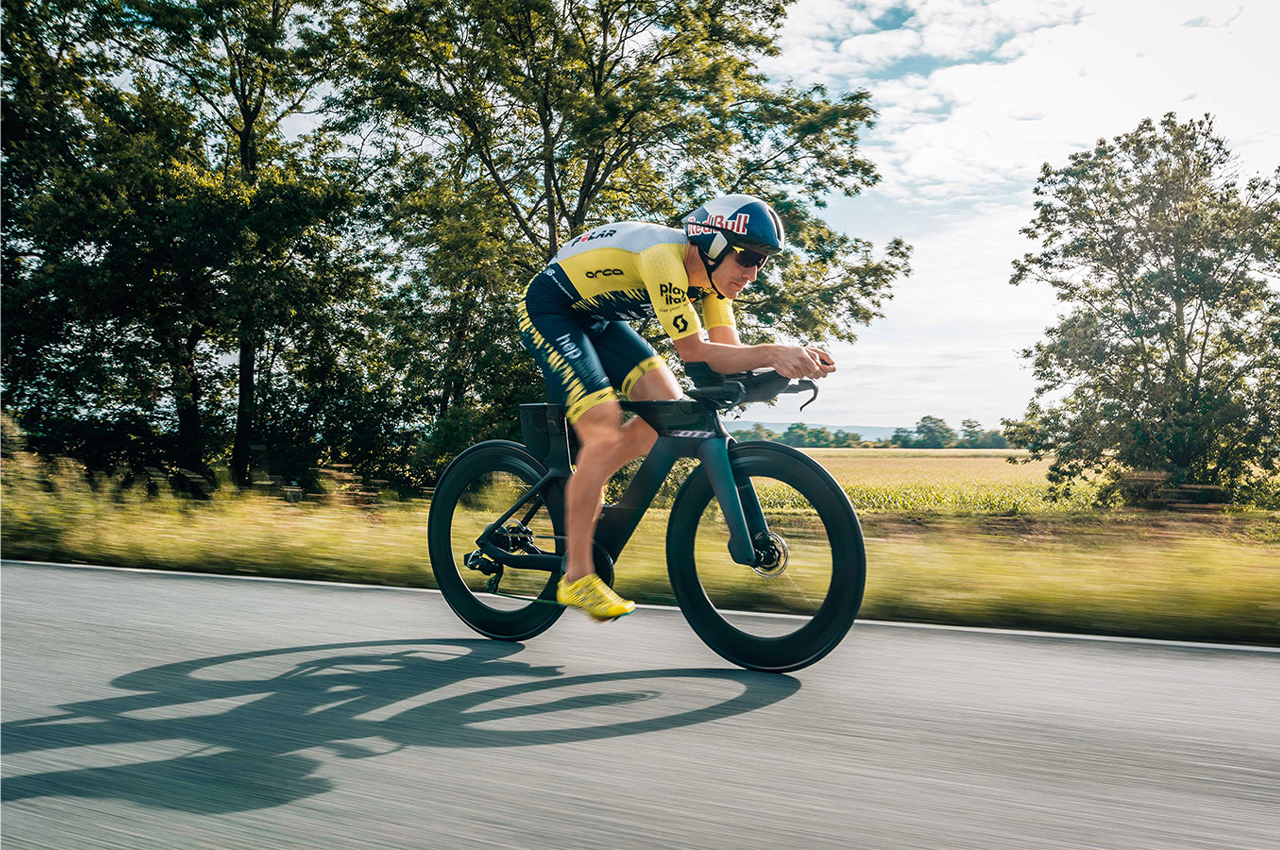 The simple frame reveals integrated storage compartments and adjustable features that give Plasma 6 an aerodynamic performance. 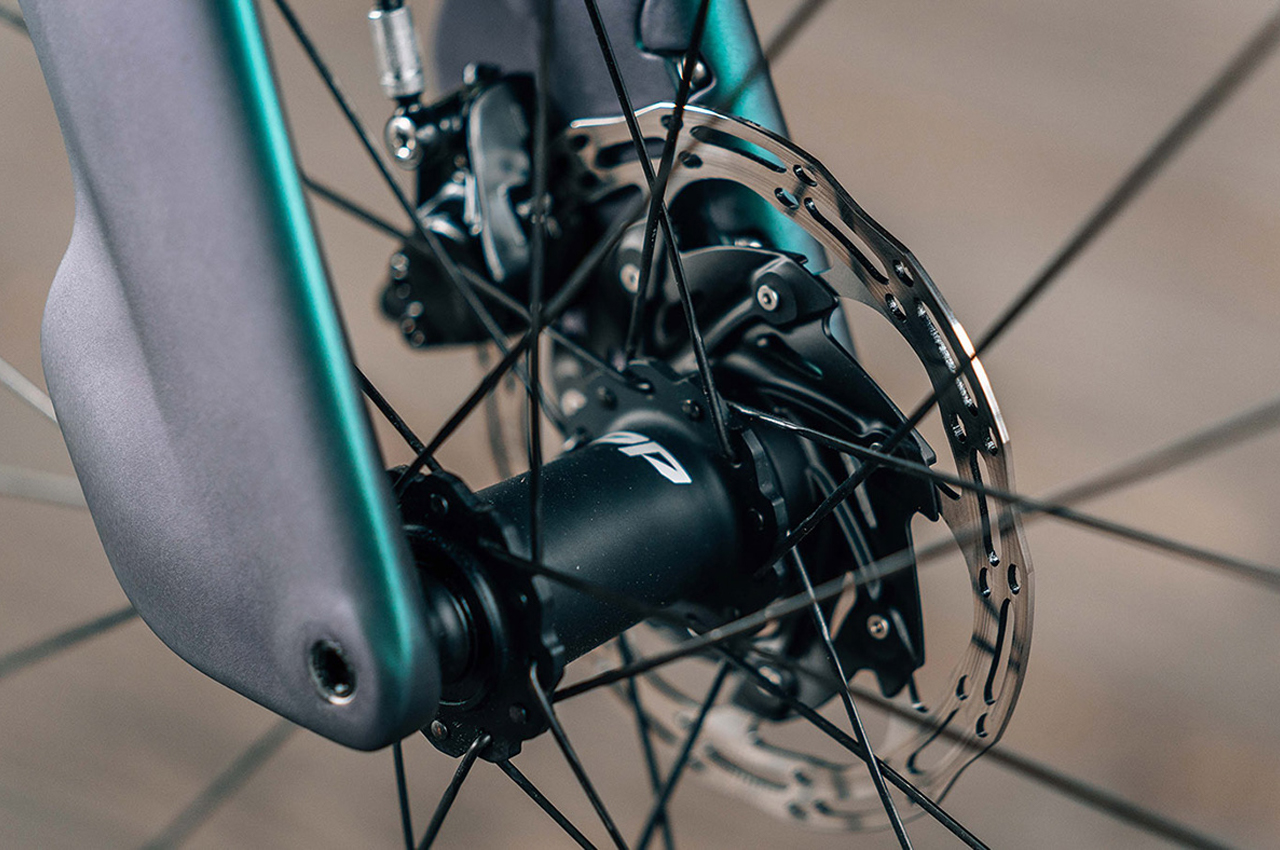 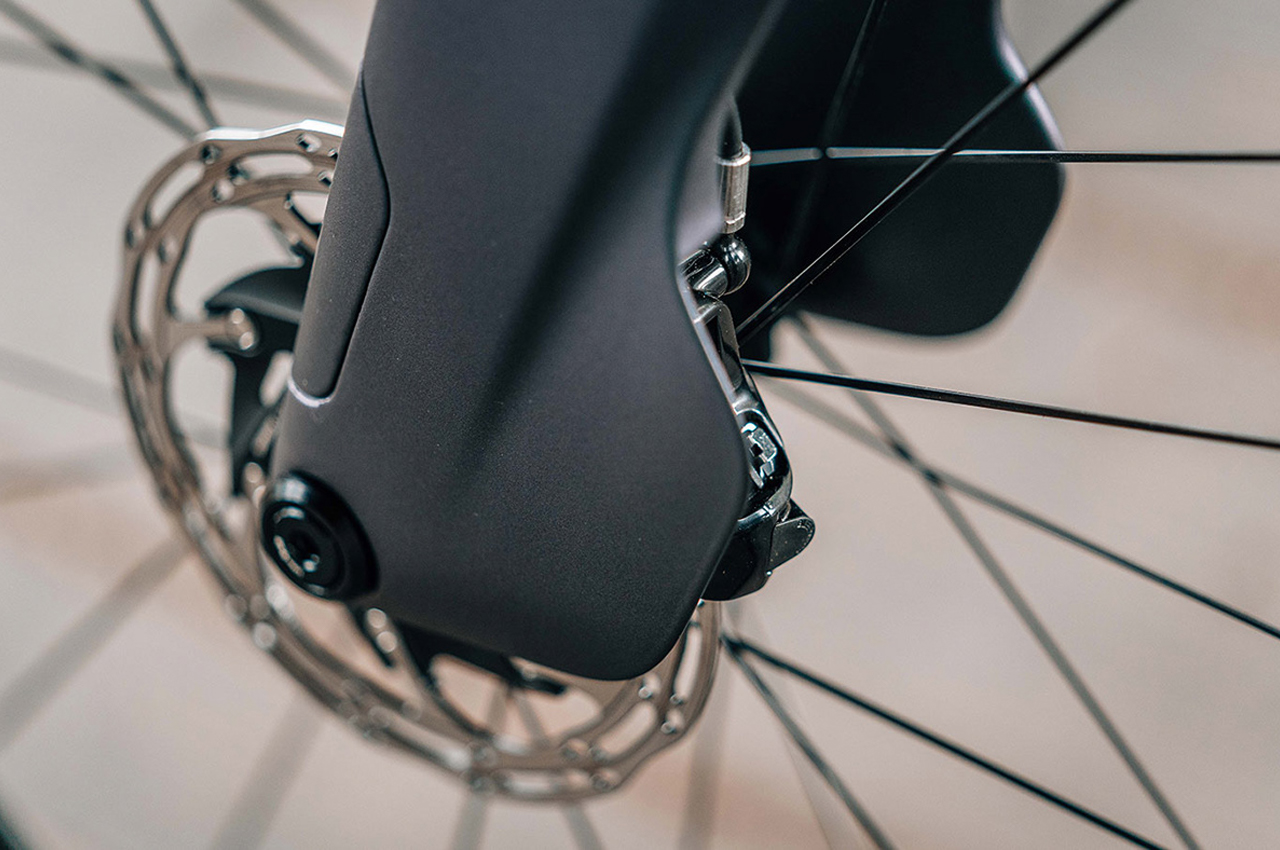 Throughout history humans have looked to dolphins with awe, envy & inspiration because of the animal’s speed & strength in the oceans. In this stunning…

Nike’s 2021 flagship football shoe is here and it draws inspiration from the swiftness of a dragonfly!

Dump the pump. These tires are airless!

First driver-less vehicles, and now airless tires. Innovation definitely gets rid of a lot of things! Unlike most air-less tires that use a solid rubber…