Making its grand appearance at the Pebble Beach Concours d’Elegance event this year, the Rayo from 7X Design and Envisage Group is a one-off 1,800 HP machine based on the Huracan. The Rayo notably boasts of a slightly softer, curvier form language than its Lamborghini counterpart, but that doesn’t take away from exactly how much of an edgy badass it looks like. The car comes in a deep orange, and while it looks 90% like the Huracan, 10% of its origin goes to the Miura-inspired eyelashes built into those stunning headlights! 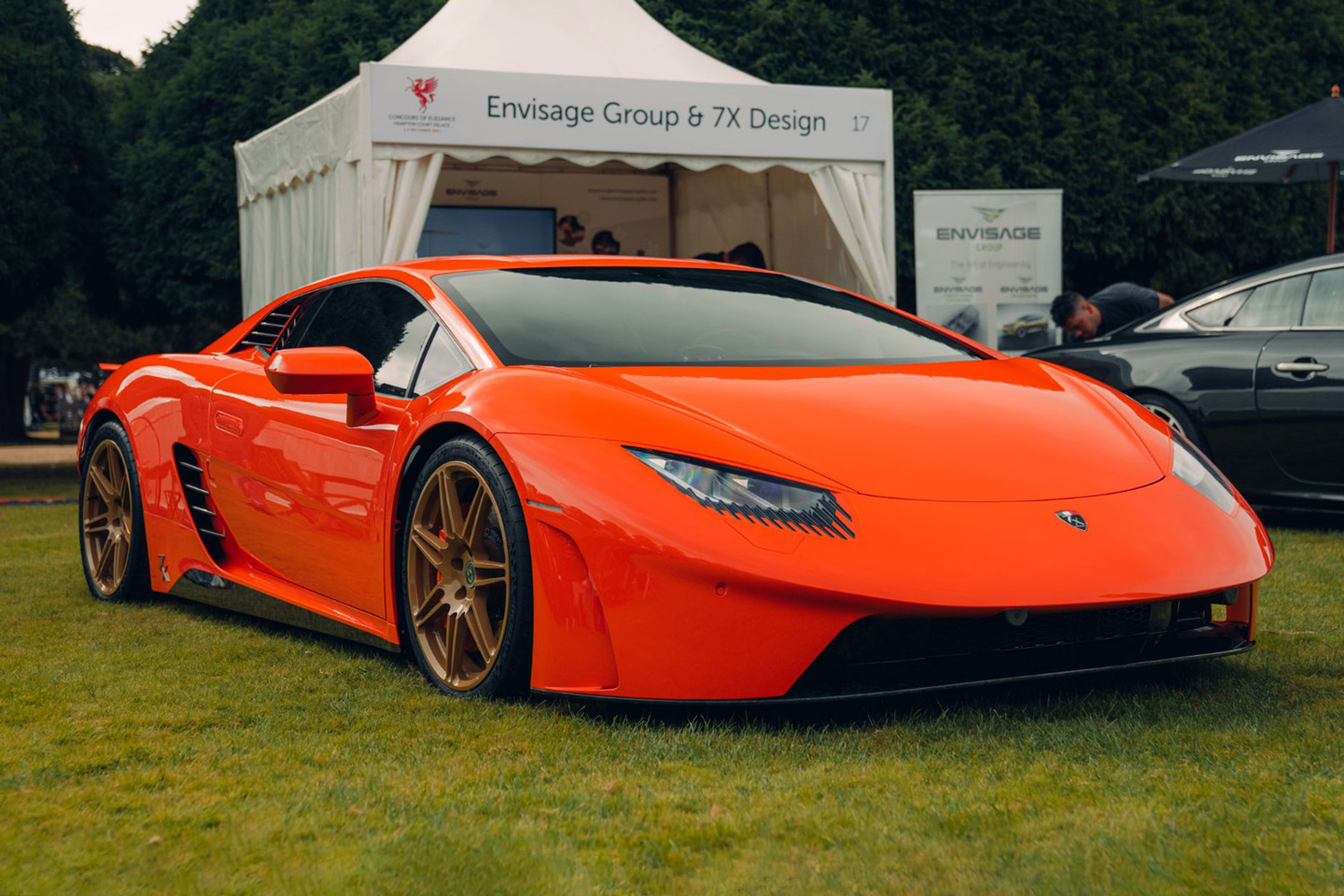 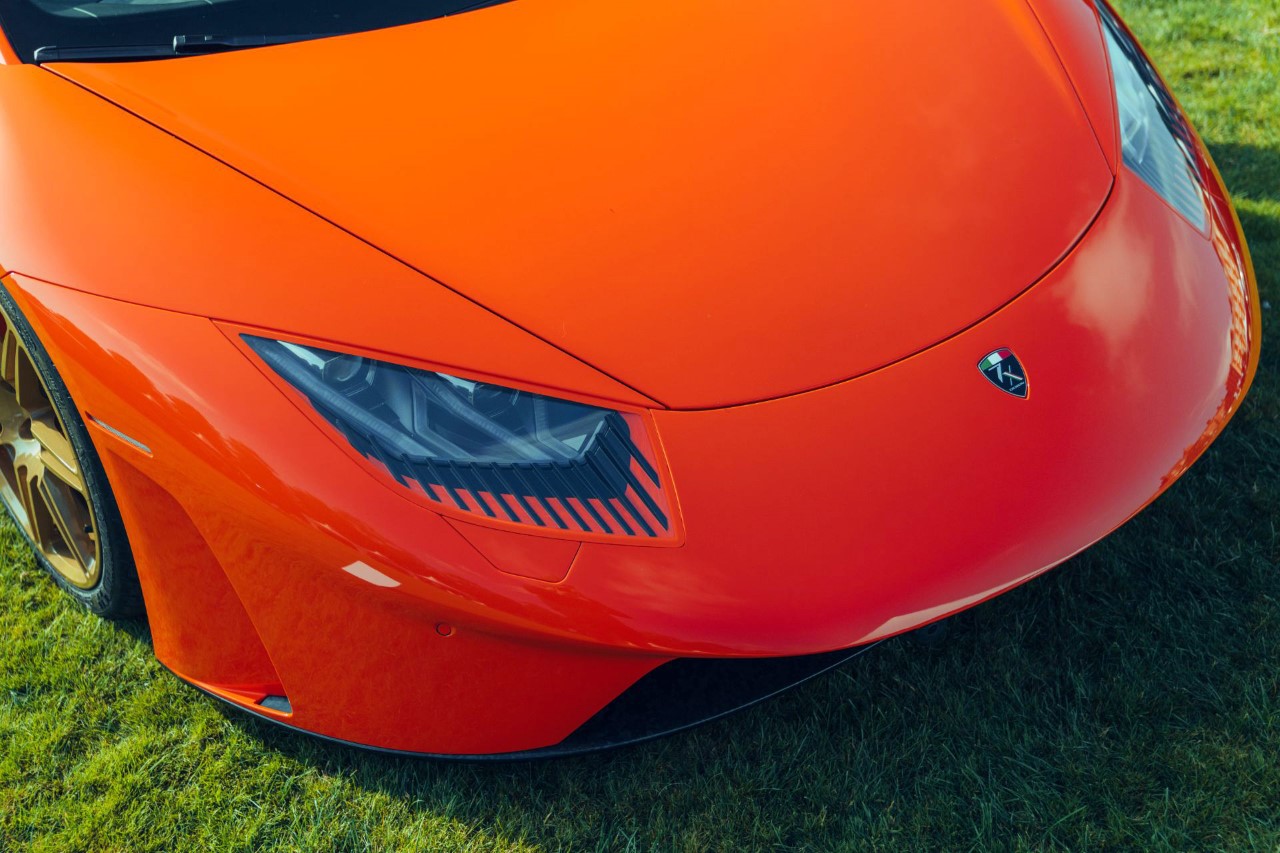 The Rayo isn’t just a custom makeover, it was designed to do what the Huracan couldn’t – hit a top speed of 300 mph (482 km/h). The redesigned body takes the Huracan’s aesthetic and softens it just a bit, introducing gentle curves in all the right places. While this makes the Rayo look easier on the eyes, it helps the car perform better too. The car’s made to be lighter, thanks to carbon fiber paneling, and the new, curved design helps bring down the drag coefficient from 0.39 down to an impressive 0.279. 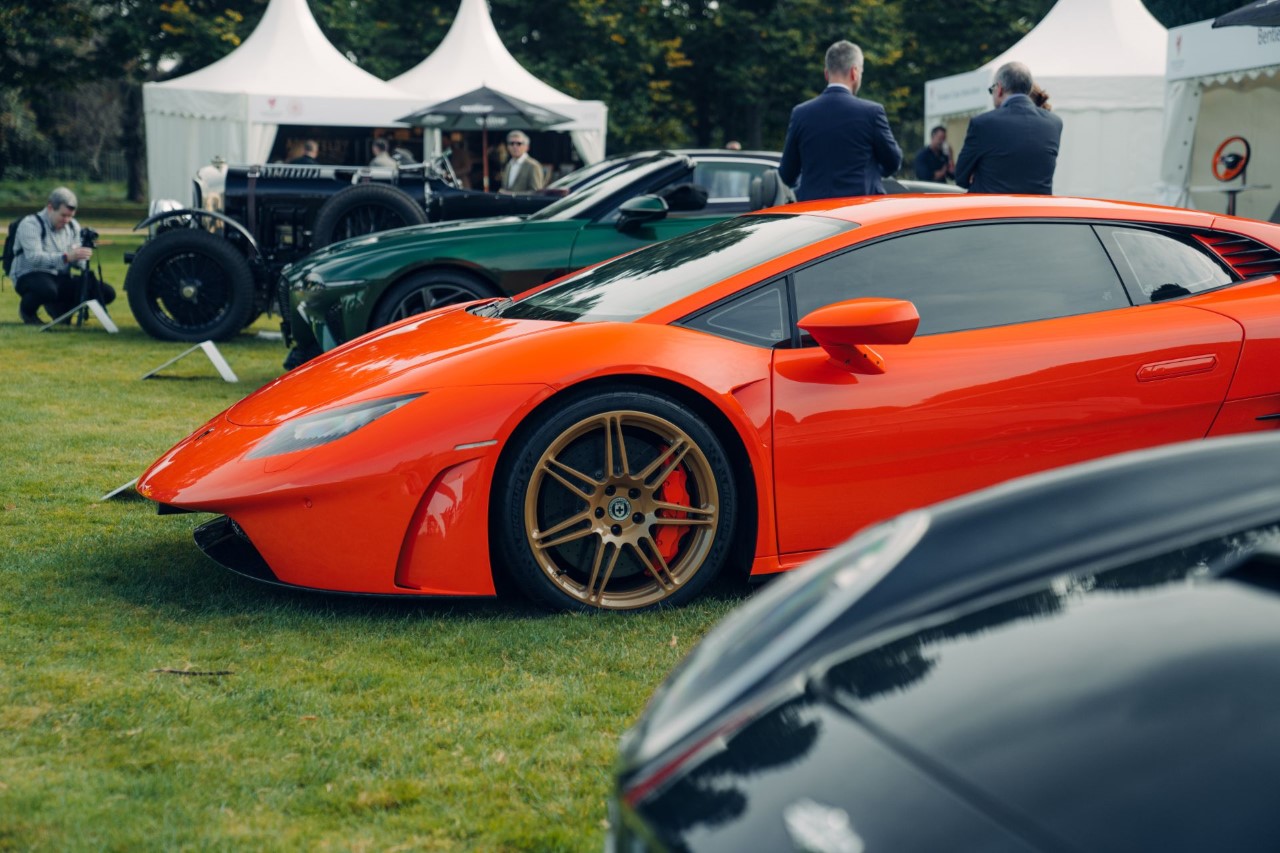 Among the key new design features is an overhauled front with a more pronounced nose and a rounded profile (unlike the Huracan’s jagged outline). The new engine cover and rear end also play a significant part in improving the car’s drag coefficient. 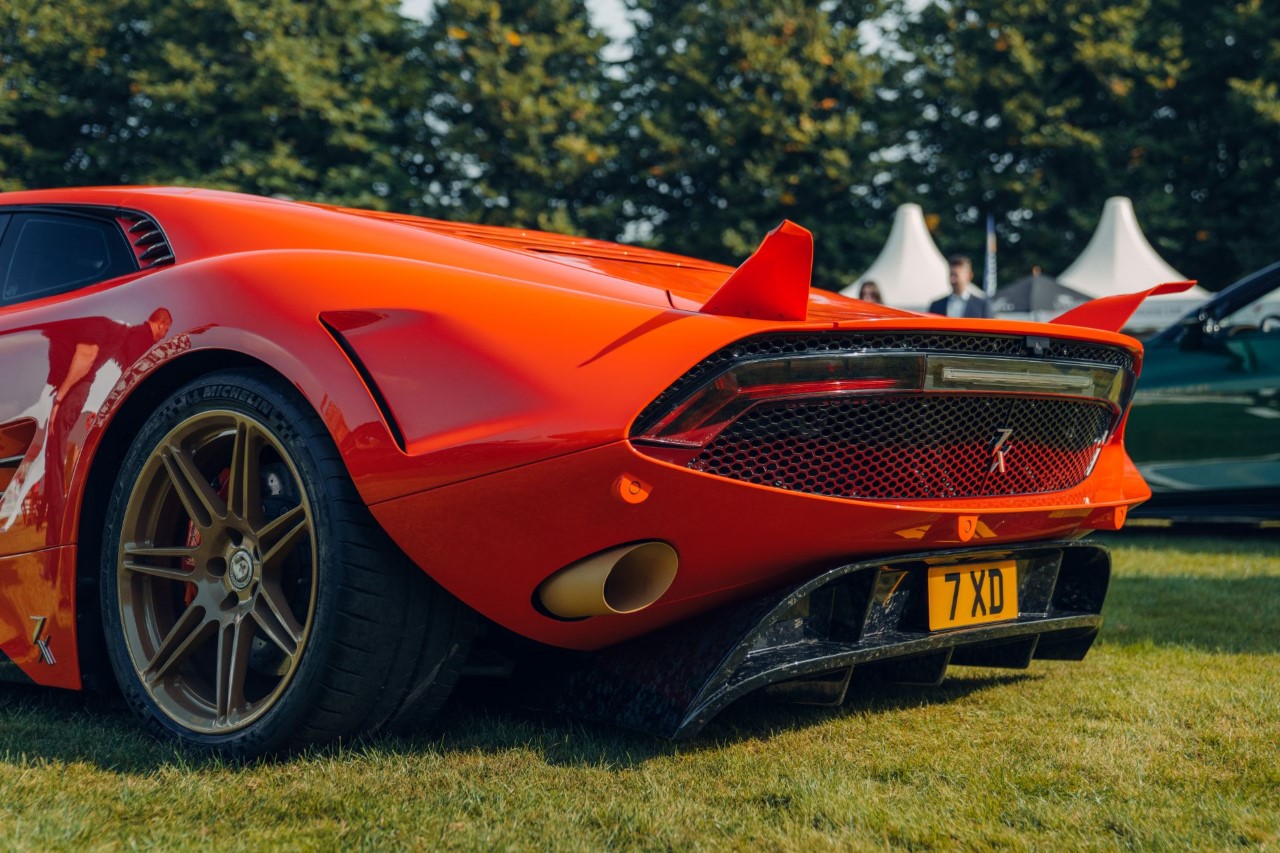 The car is powered by a 5.2-liter V10 that was assembled by America-based Underground Racing. It comes with a pair of turbochargers attached, bringing the Rayo to an extraordinary 1,874 HP. 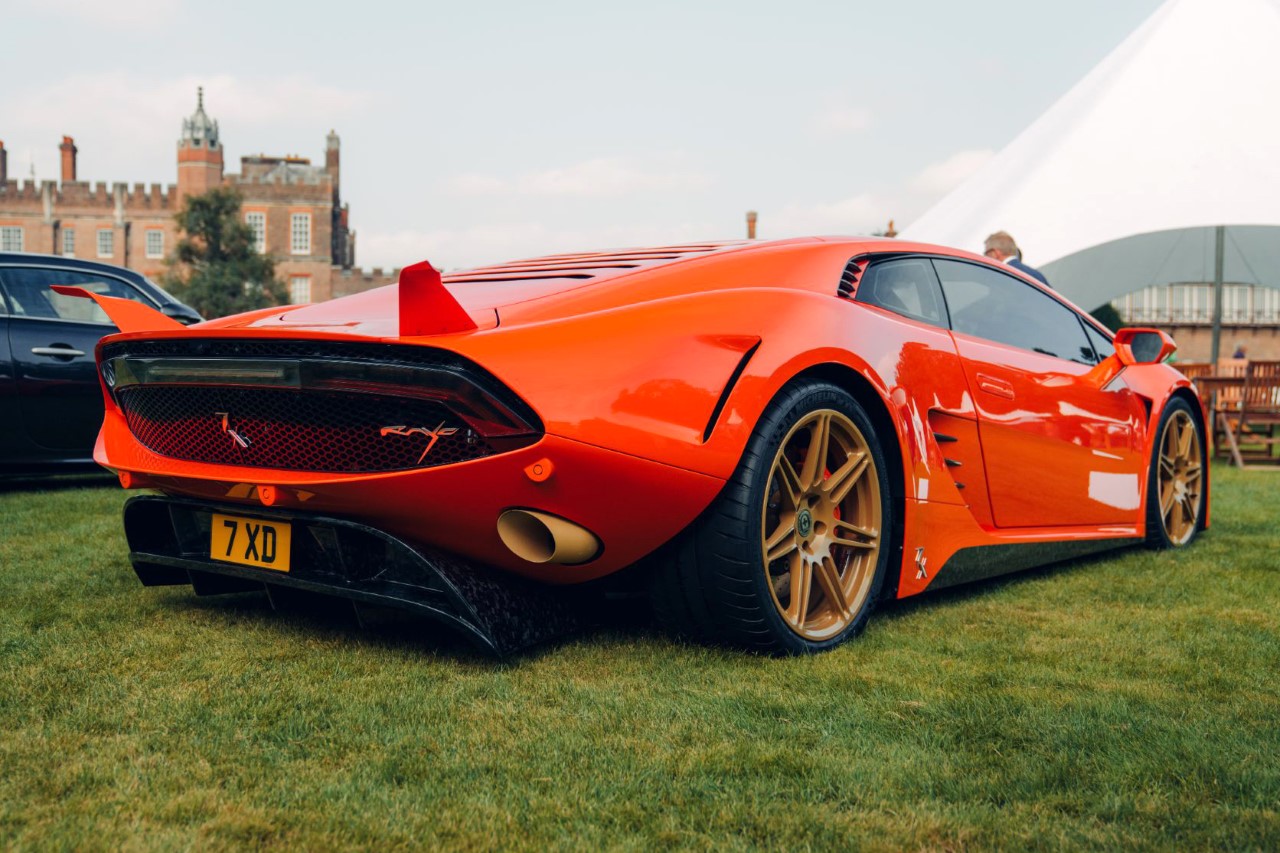 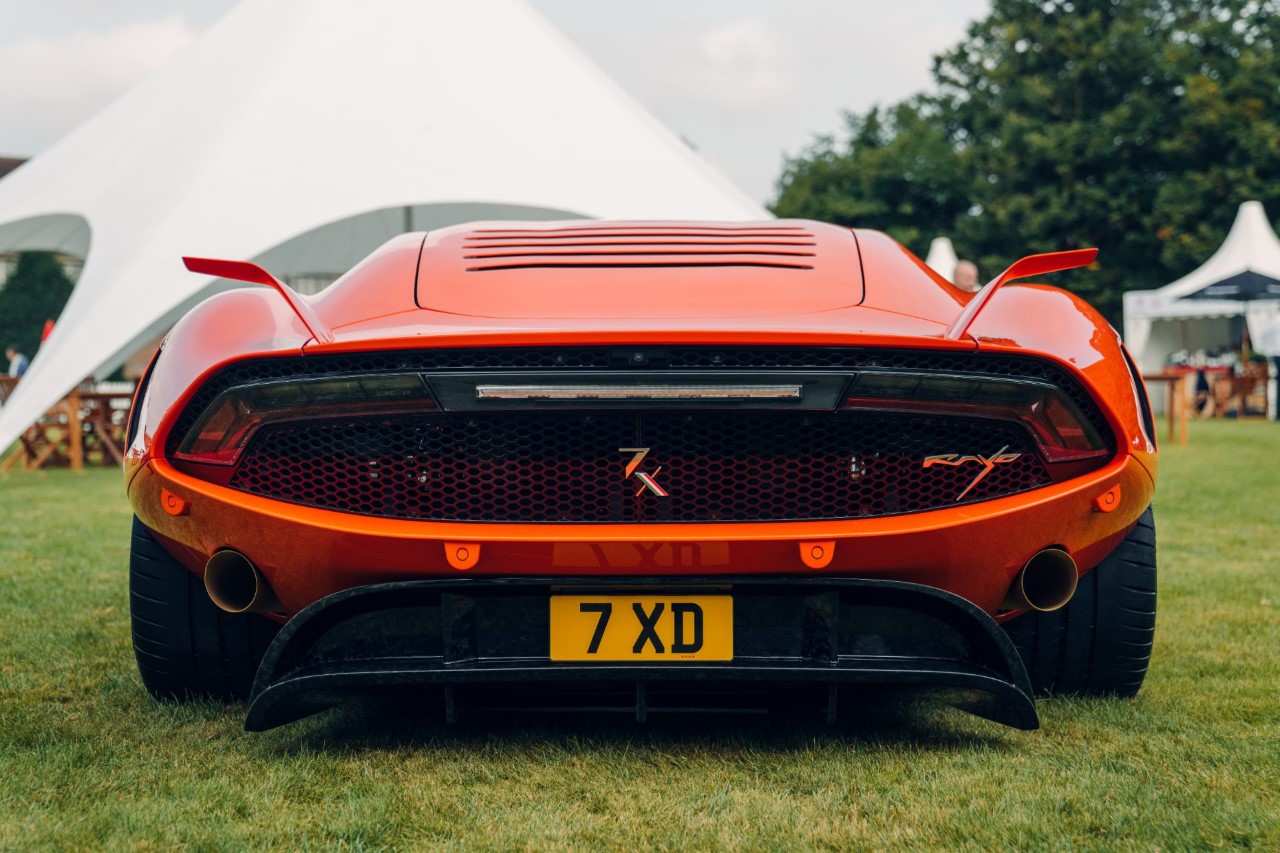 The car’s overall design is a collaborative effort between 7X Design and Envisage. 7X took charge of visualizing the Rayo from top to bottom, while Envisage Group helped fabricate the Rayo’s immaculate carbon-fiber bodywork and helped assemble the car too. In addition, Envisage Group also painted the vehicle in Sport Orange in an advanced paint technologies division.

While there hasn’t been much official chit-chat on the final price of the Rayo, 7X had quoted $2 million (plus the cost of the donor car) for its previous project – a Ferrari 488 GTB-based GTO Vision. I imagine by that standard, a Rayo doesn’t come cheap! 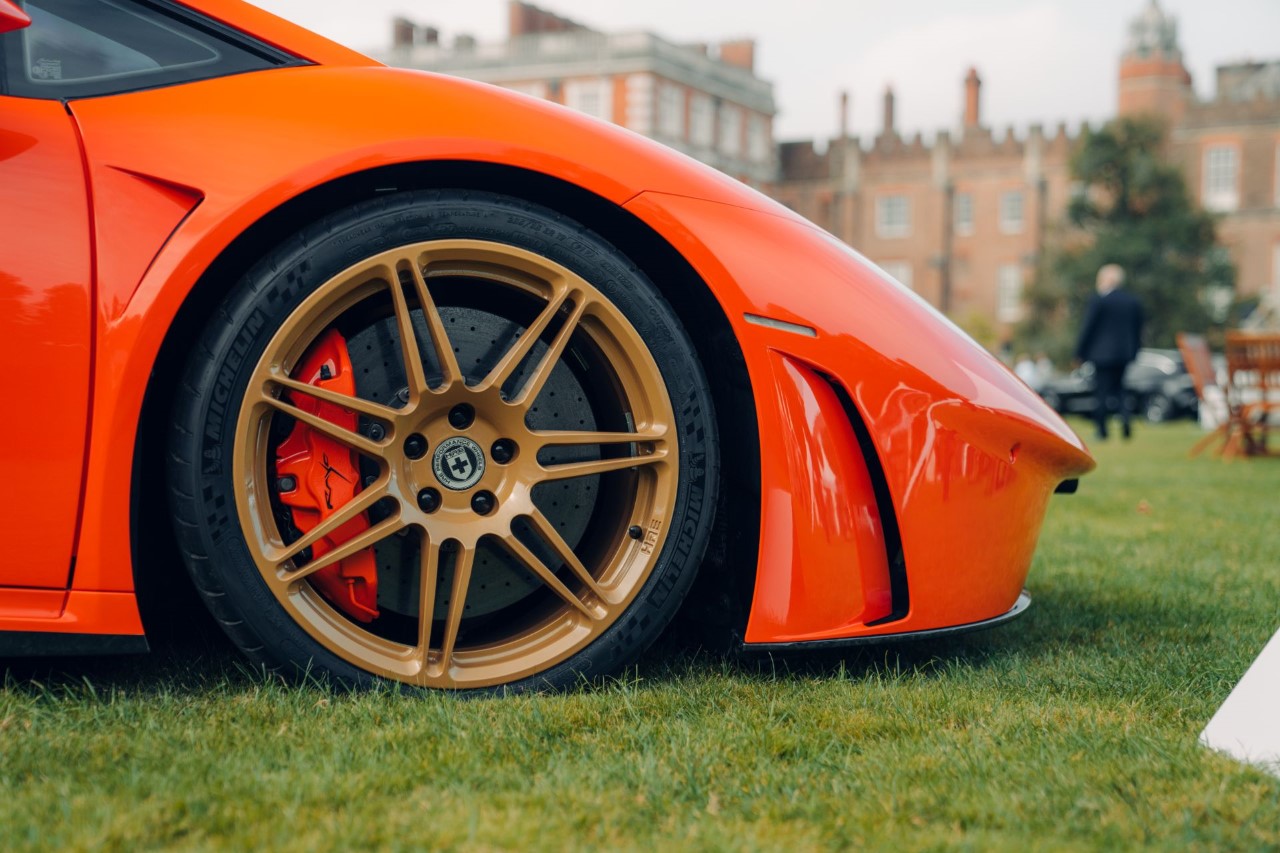 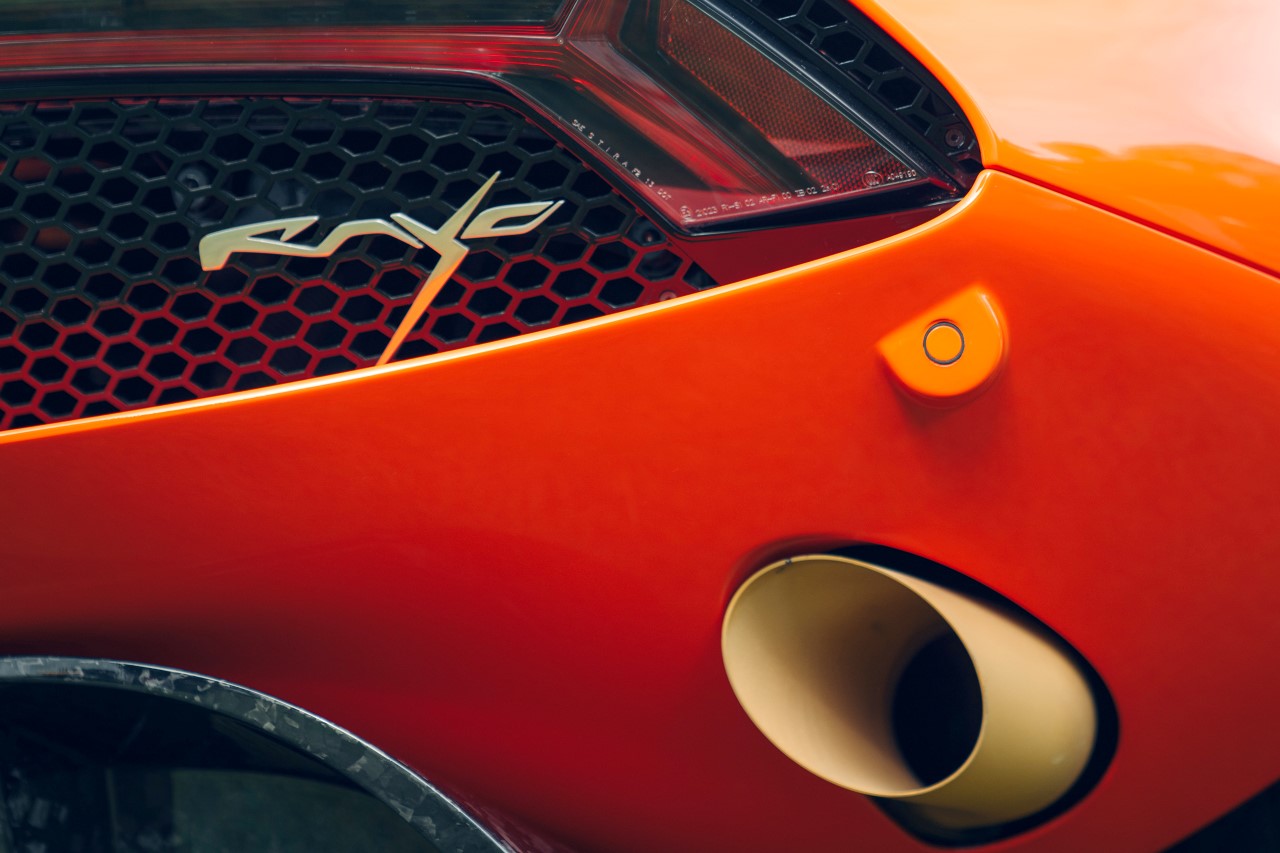 Sleek futuristic product designs that are too good to be simply concepts!

April Fools’ Day is right around the corner, a lot of us are gonna be pranked by our friends or some or the other mischievous…

From the countless futuristic concept vehicles that we’ve seen thus far, only a few can rival the practicality and future-forward approach of the Samsung Digital…

This wearable EV with the agility of a motorcycle + stability of a car is what we truly need in 2030!

If a car-motorcycle hybrid electric vehicle is what you mustered up in your wildest dream, then this is it. Even better how about a sci-fi…

The reason the Harley-Davidson Street Fighter concept looks nothing like your average motorbike is that it wasn’t designed keeping one in mind. Created, instead, with…