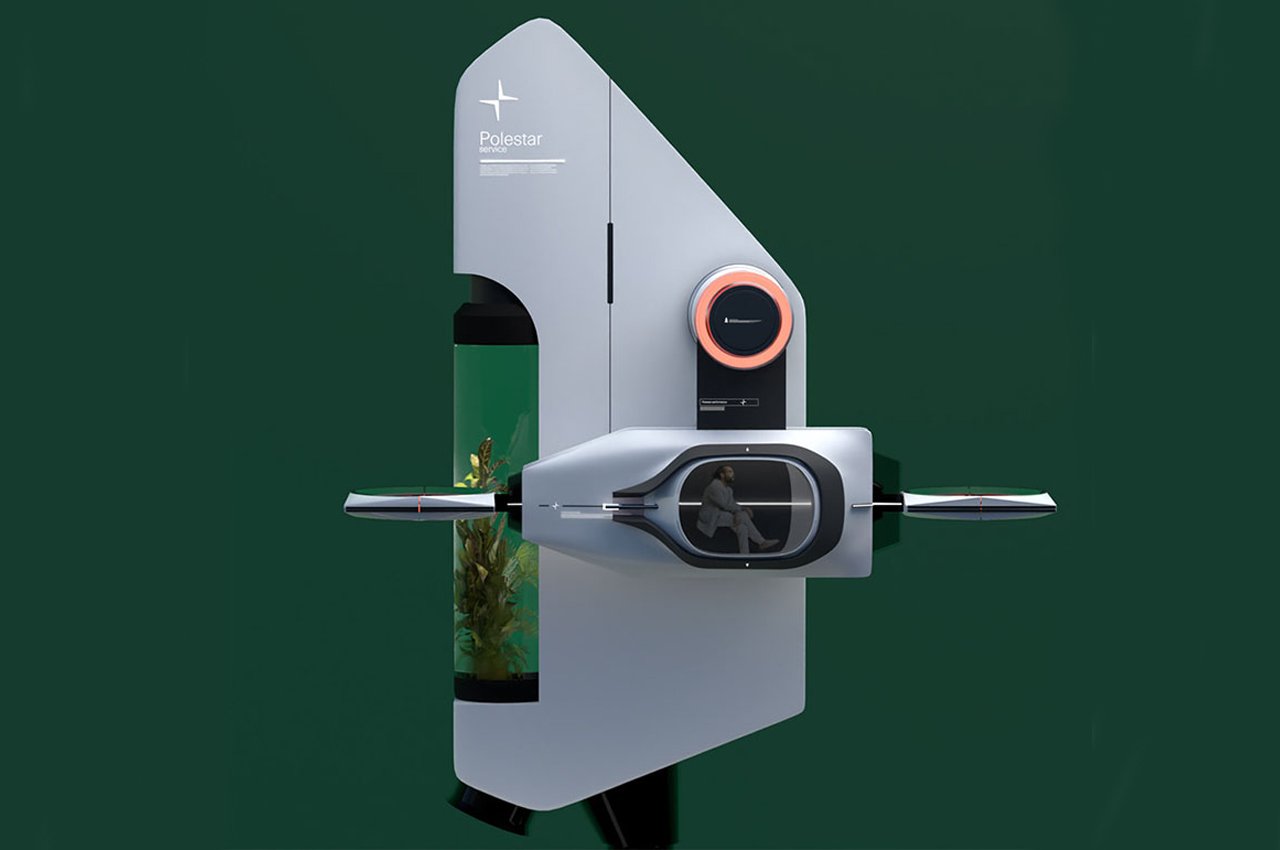 The Polestar Forest Air Mobility concept is an aircraft concept from Pan Ziheng that has its own greenhouse to work in an environmental solution for modern deforestation issues while bridging a human need for mobility with today’s COVID-19 health and safety concerns.

Social distancing is one of the many ‘new normals’ we’ve incorporated into our daily lives as a result of the pandemic. But while coffee lines enforce the six-foot rule, aircraft and public transportation services are now back to programmed scheduling, stuffing each vehicle wall-to-wall with passengers. To strike a balance between the natural need for mobility and travel with today’s health and social distancing concerns, Pan Ziheng developed a futuristic Forest Air Mobility concept that also attempts to tie in environmental solutions for modern deforestation issues. 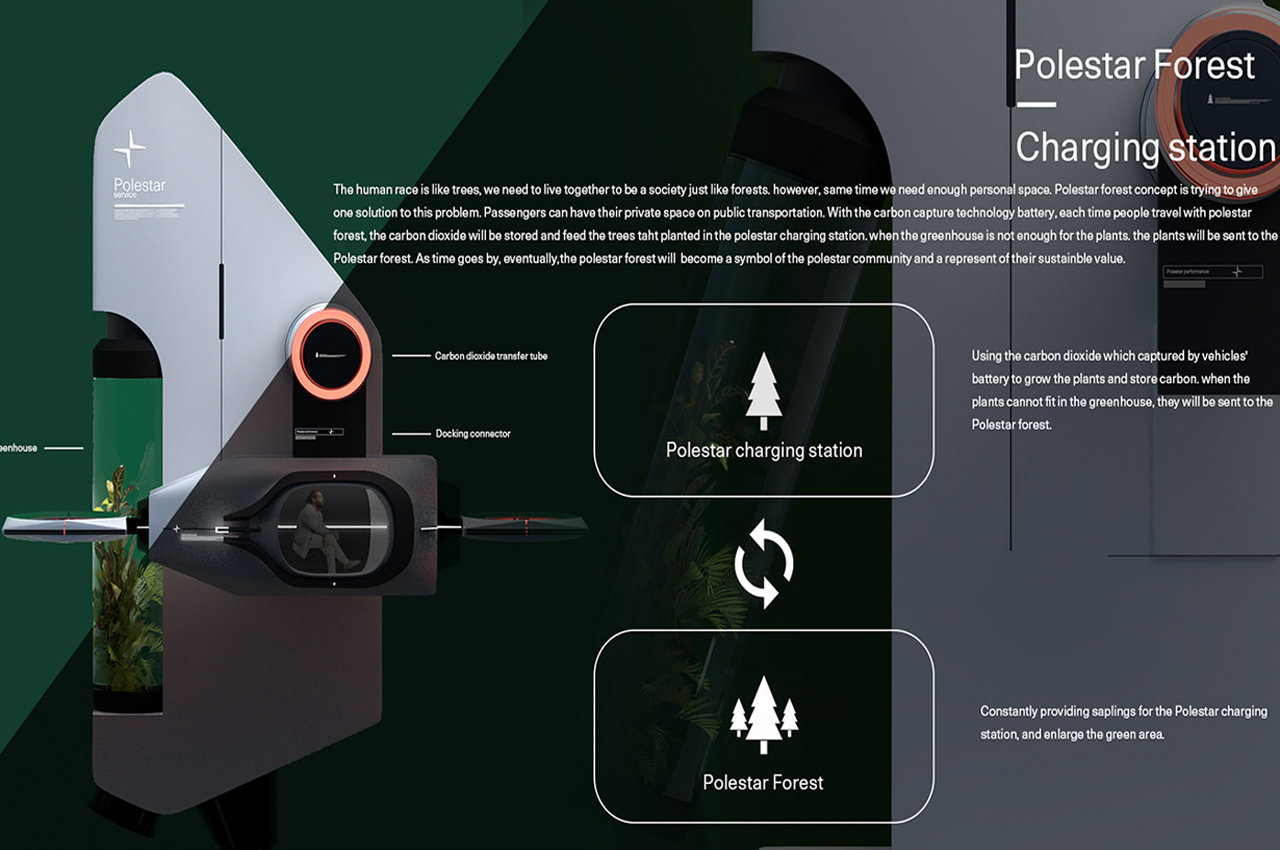 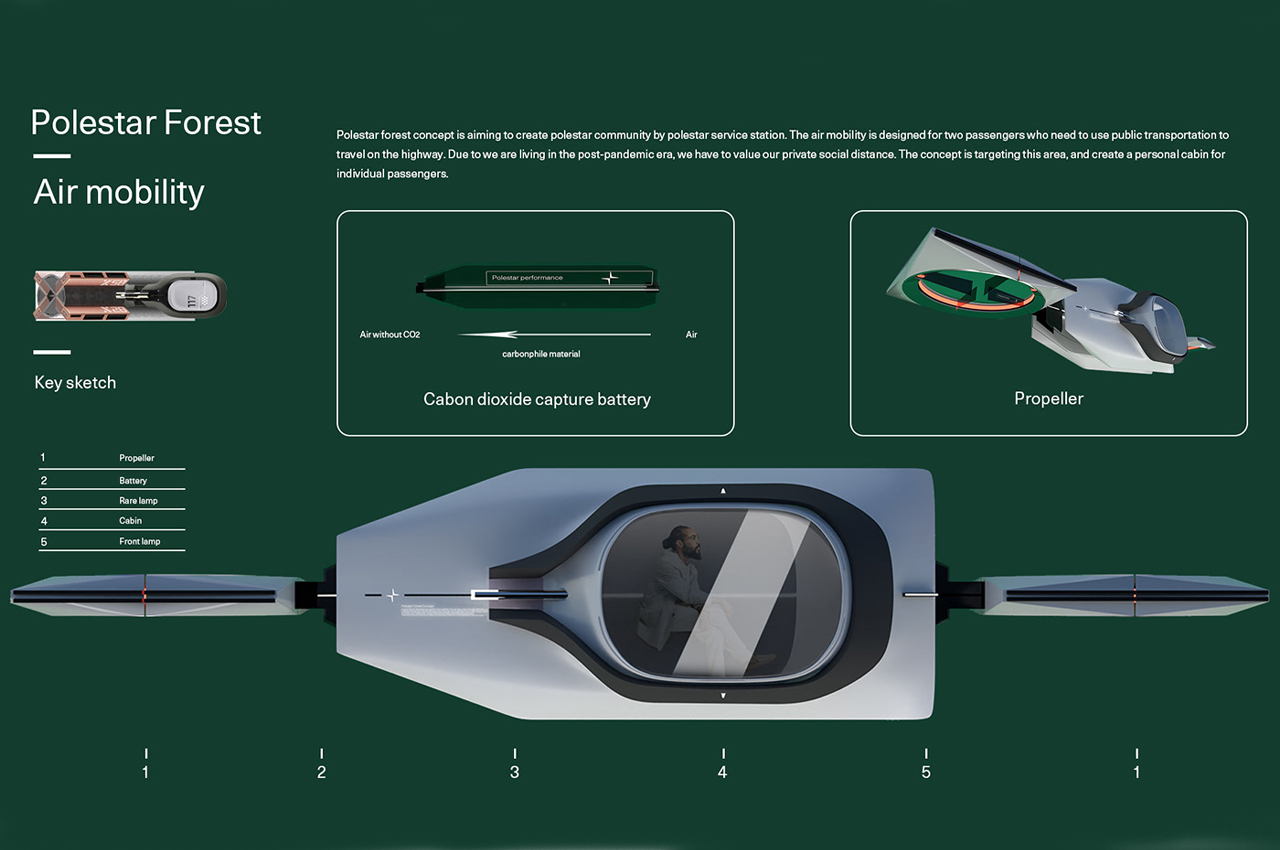 Pan Ziheng’s Forest Air Mobility concept envisions separate capsules for two individual passengers aboard the aircraft. Each personal cabin is stationed far enough away from one another so that the aircraft’s passengers do not cross paths. Pan Ziheng felt inspired to conceptualize their Forest Air Mobility concept design after recognizing the parallels between humans comprising a society and trees forming a forest. Describing their concept design in their own words, Pan Ziheng says, “Just like trees, human beings need to live together to be a functional society just like forests. However, at the same time, we need our personal space. [My] forest concept wants to provide a solution to this problem: public air transportation where we can travel together yet can still have a personal space.” 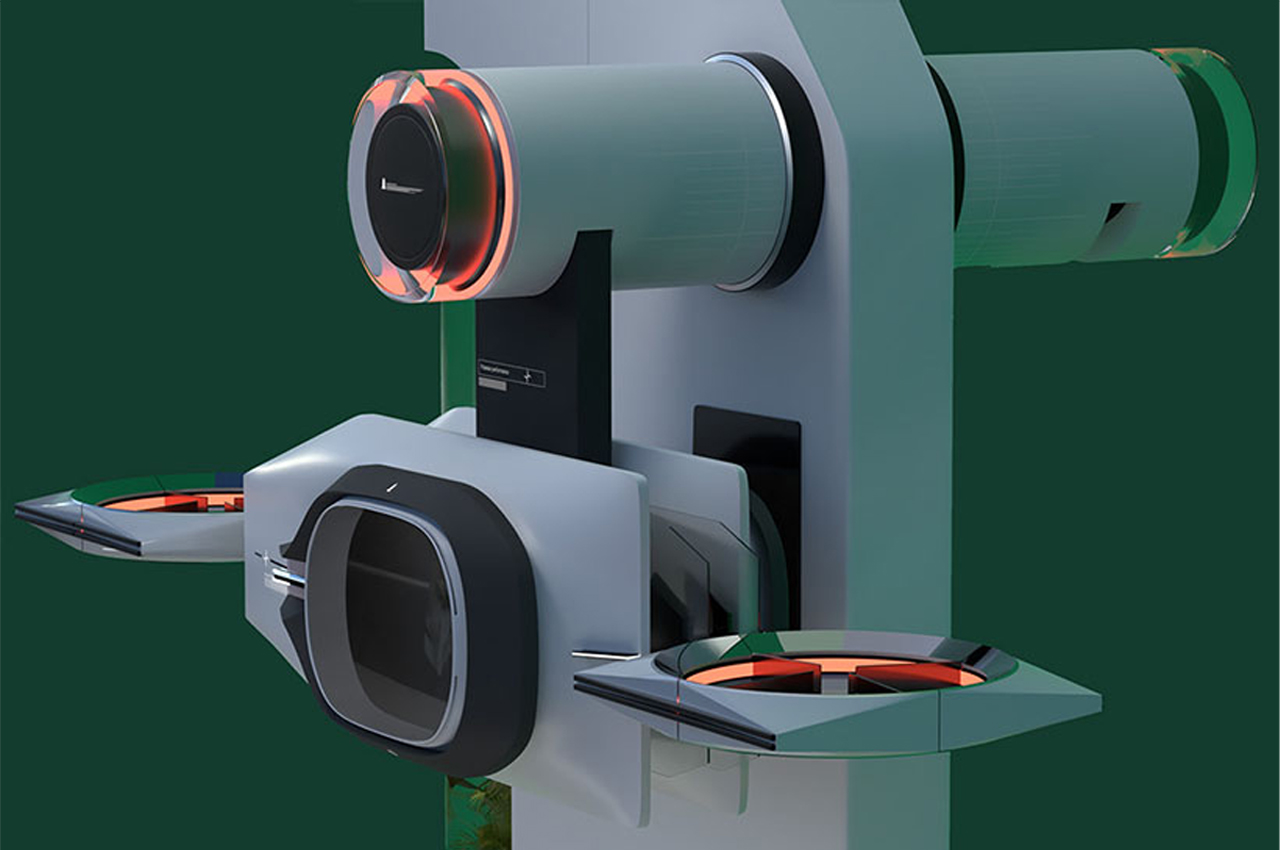 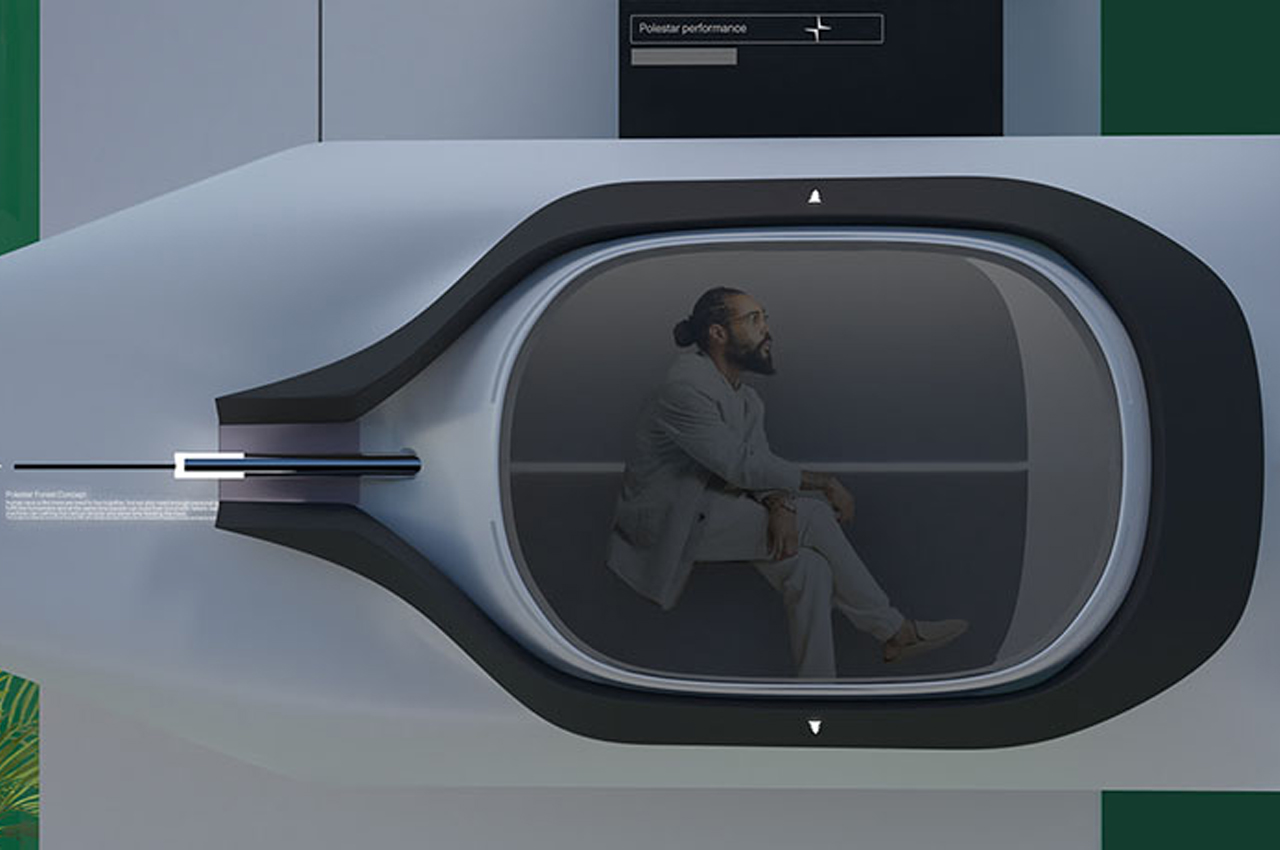 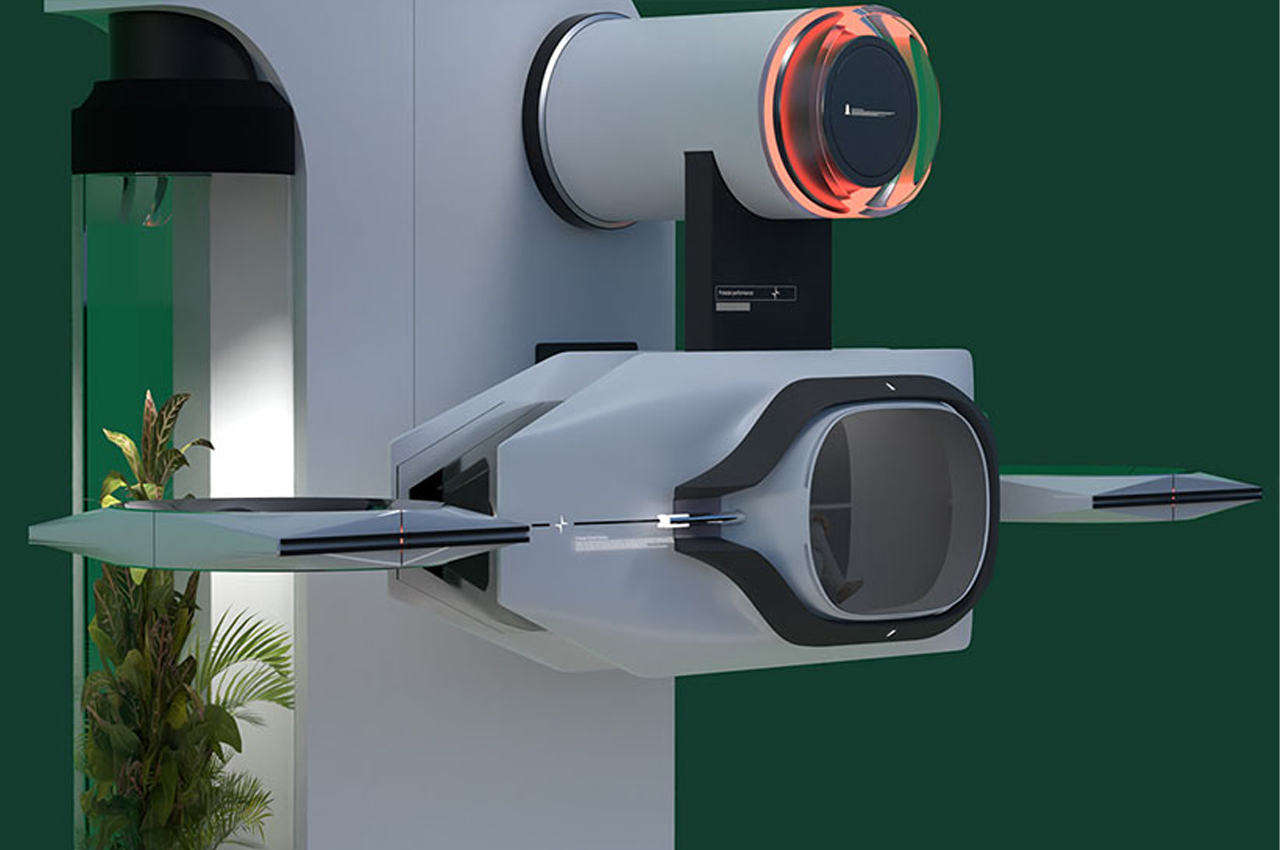 Each passenger’s vessel is kept at a safe distance from one another to ensure responsible social distancing between aircraft personnel. 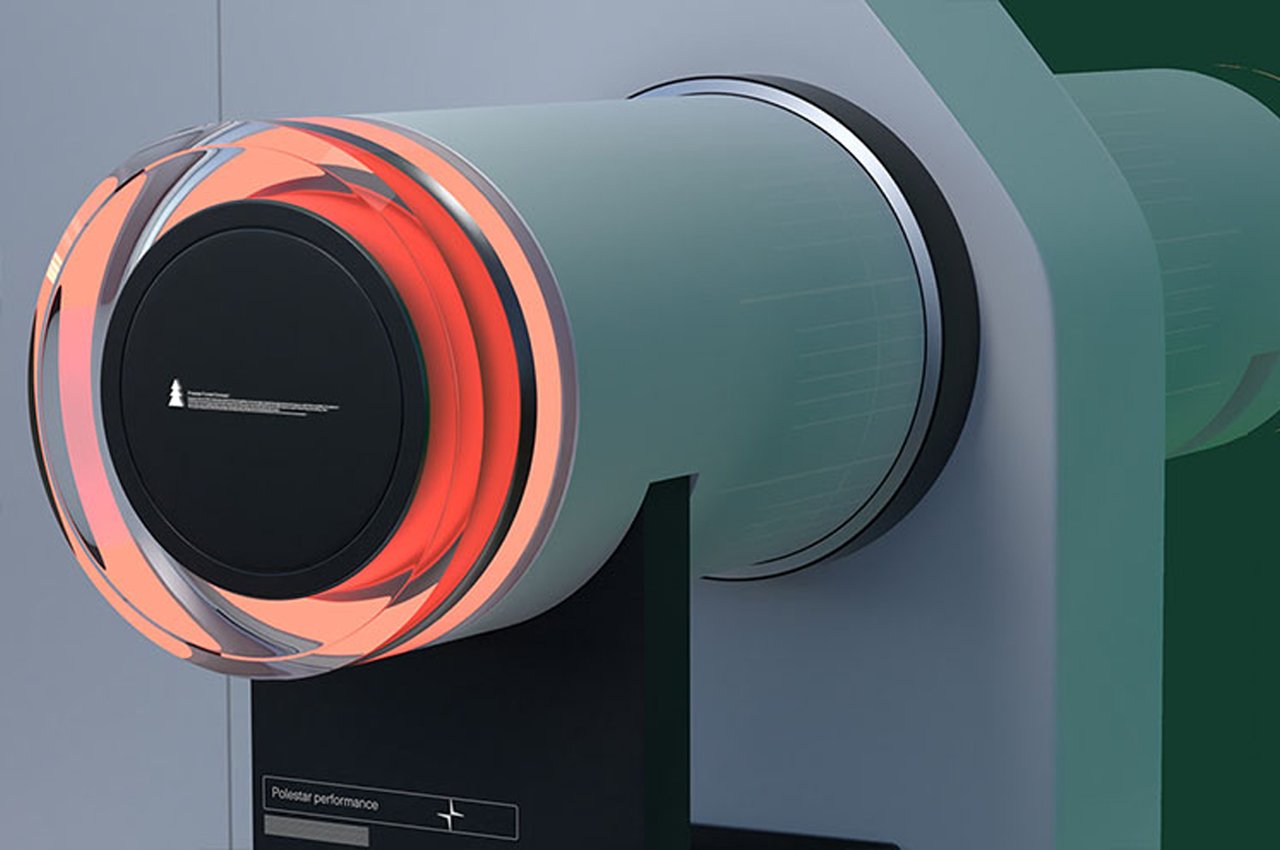 A carbon dioxide transfer tube stores and converts carbon dioxide to feed the plant life inside the greenhouse. The vertical rise of the Polestar Forest Air Mobility Concept is futuristic in and of itself. 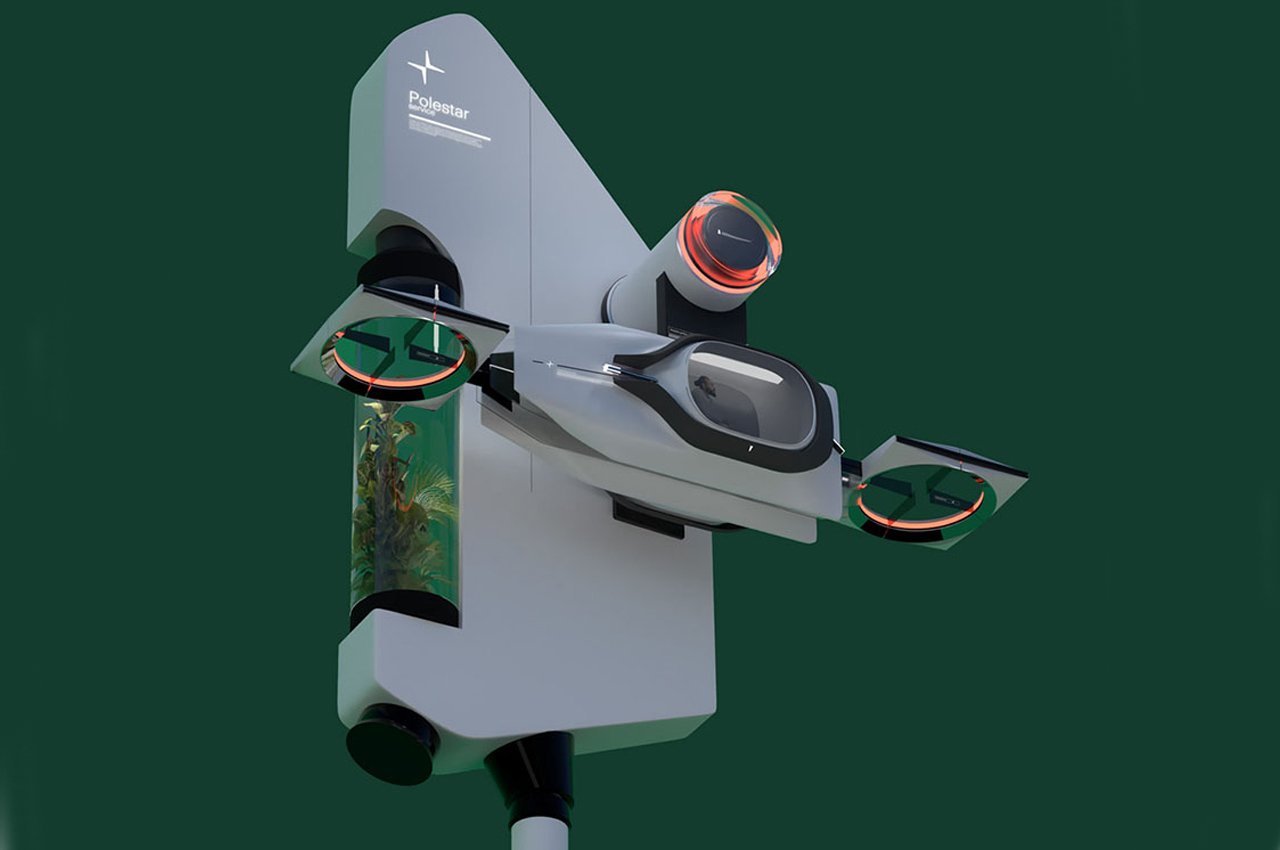 Less Emissions than a Narwhal

It’s true! Even narwhals let some gas go once in a while. This boat we’re about to talk about has zero! When the beans don’t…