The 80s saw some pretty weird sh*t in its day. The line between analog and digital was blurring more than ever before. The 80s debuted Apple’s first Macintosh PC, introducing a new technological normal. Car manufacturers were creeping closer and closer to the hardcore punk scene born in the 80s. Acid wash jeans were a thing. The stage was set for designs to get weird. But none weirder, perhaps, than the Boaterhome, a rare half-boat, half-camper van hybrid designed by Highwave Boaterhome 2000, inc., for both land and lake. 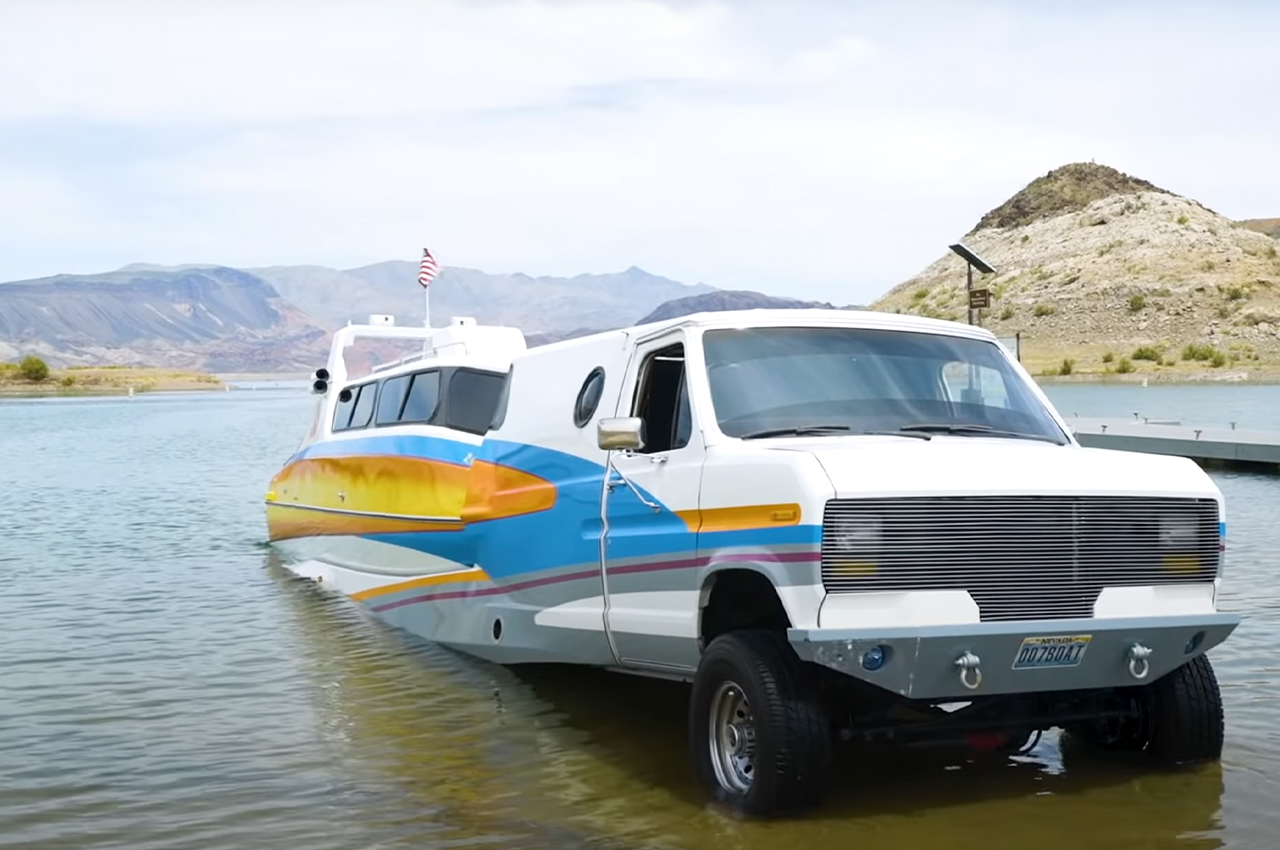 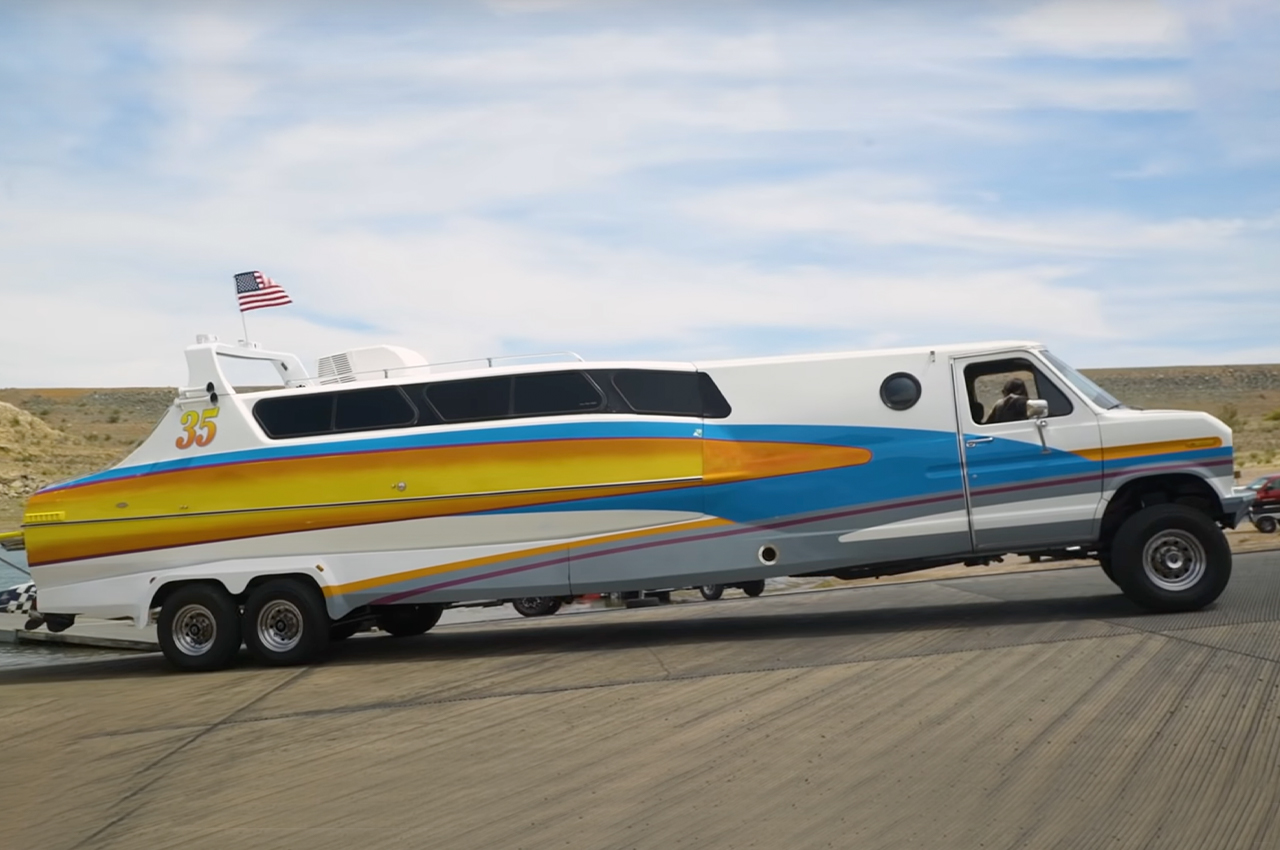 Ridiculous Rides, a YouTube series that highlights, well, ridiculous rides, caught up with a Boaterhome owner to hear the story behind it. Modeled after Ford’s Econoline Van (E-350 series), only 21 Boaterhomes still exist today. Proud owner of one of those Boaterhomes, John, says his father saw Boaterhome in Popular Science Magazine in the early 80s and had to buy one of his own. Equipped with front-wheel drive, Boaterhome’s front end works as a sort of socket for the hulled boat to slide into like a tow. 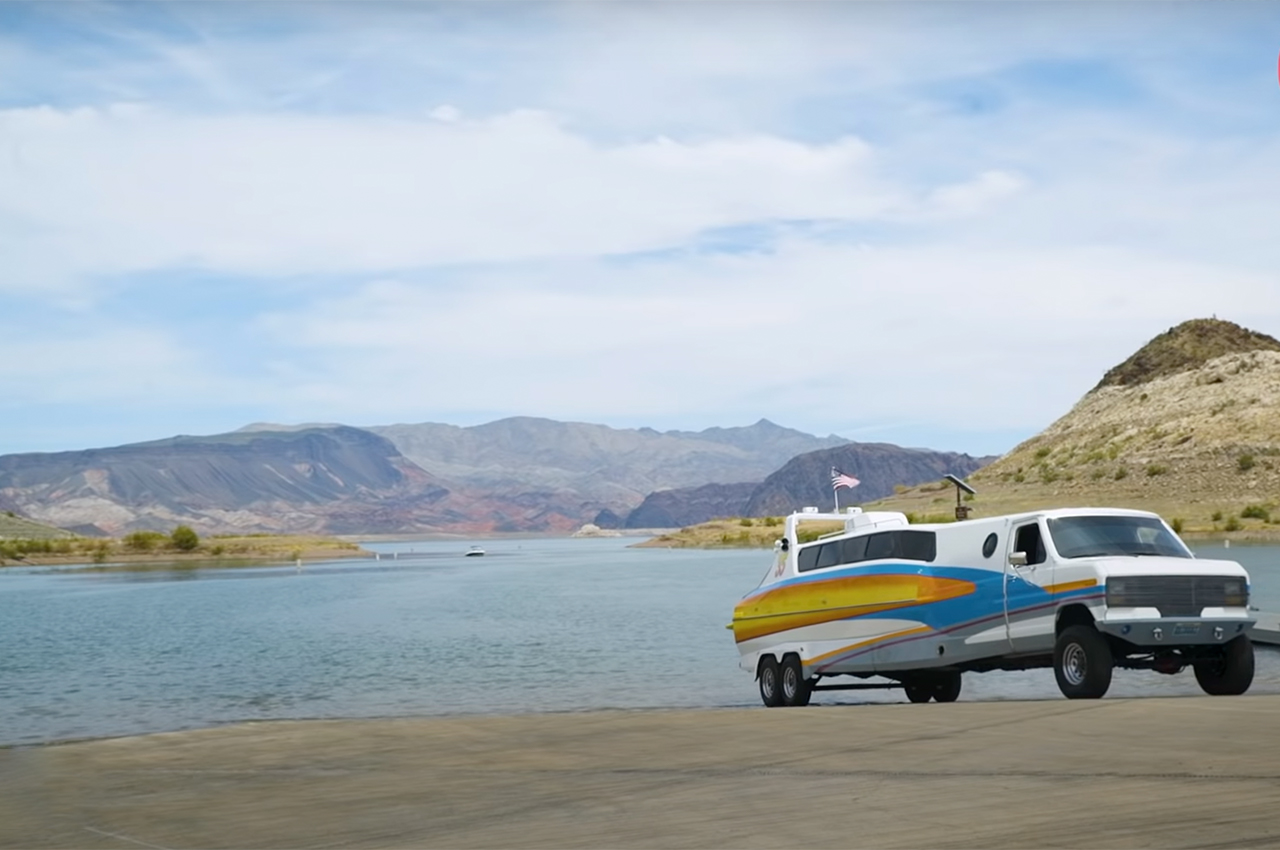 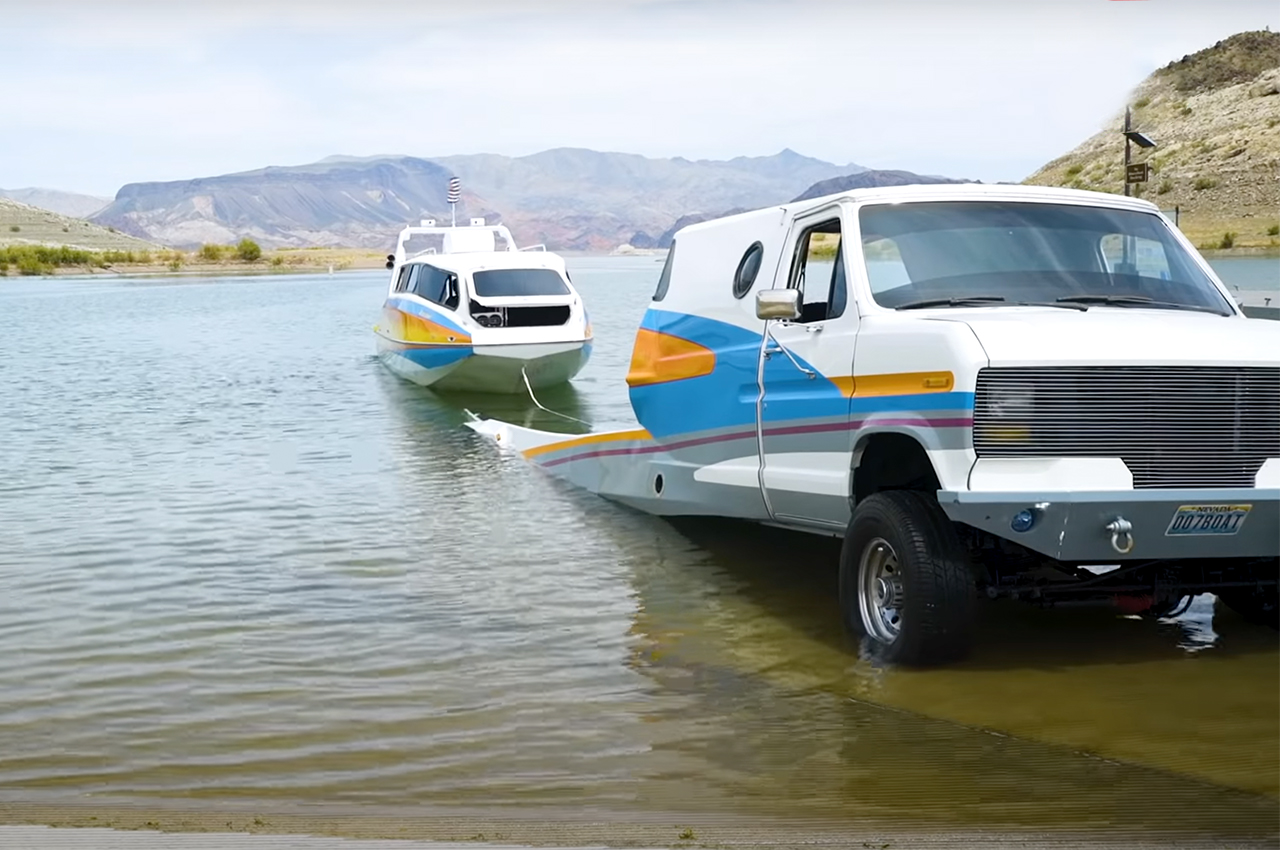 The front end of the Boaterhome functions as a trailer for the boat to latch onto for the two parts to merge into a boat-van hybrid on a seamless boat connection. To get his boat on the water, John reverses the van to meet the shoreline and dislodges the boat, allowing it to slide easily from the van’s trailer into the body of water. Complete with a Mercury Marine 200hp DFI outboard engine, the fiberglass boat can reach speeds up to 64.3 km/h. While on the road, the van-boat hybrid maxes out at 161 km/h. 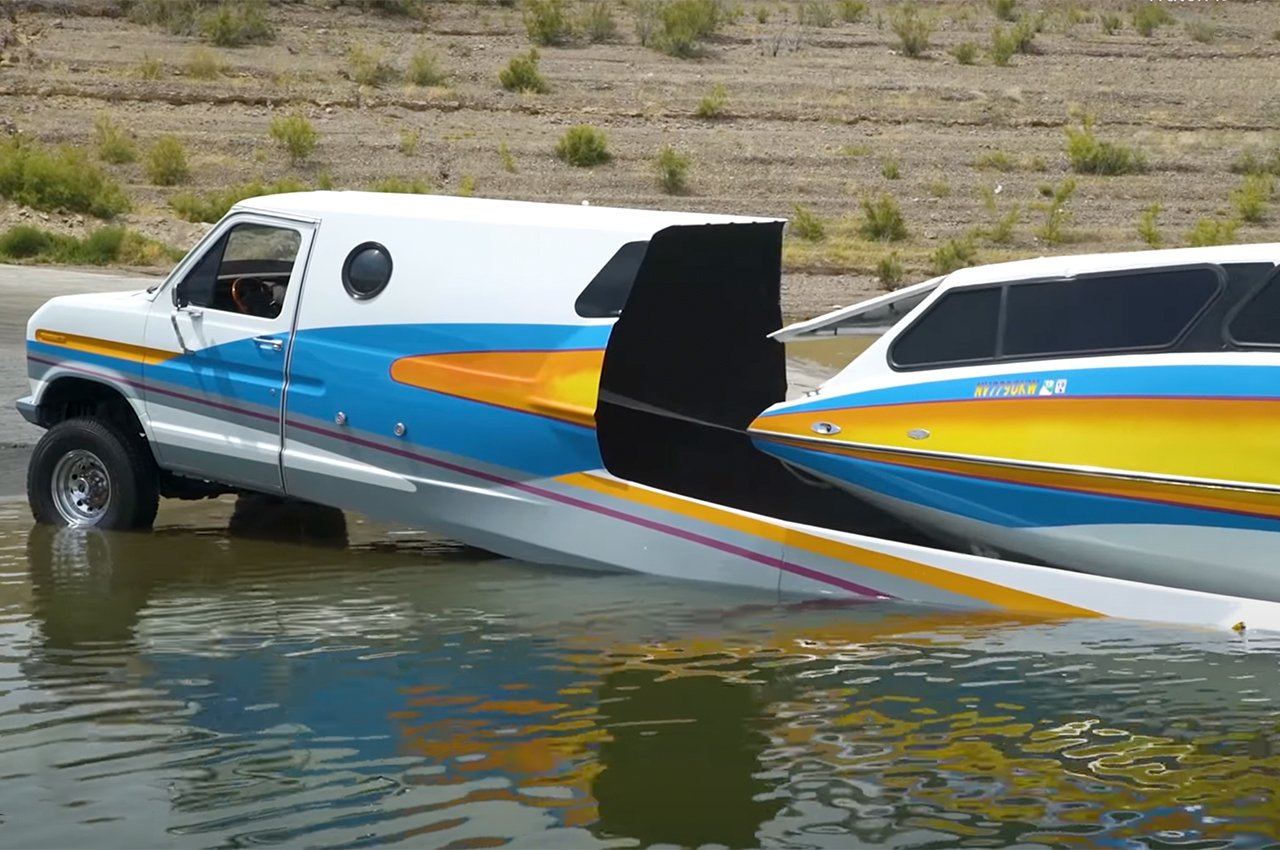 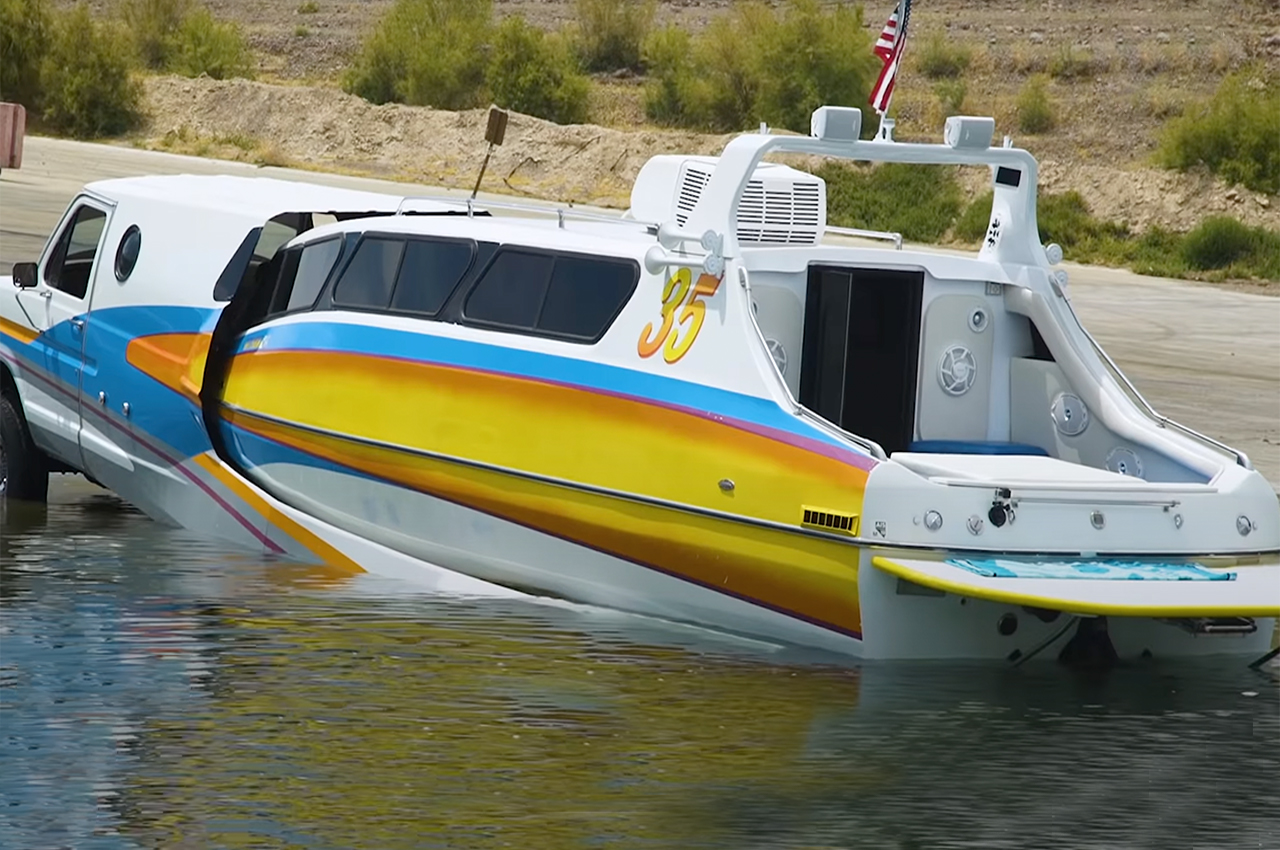 Inside, Boaterhome’s aisle takes you from the driver’s seat to the boat’s custom deck. The interior of the Boaterhome comes with all the amenities of a mobile home, including an AC unit, stove, kitchen counter, and sink, conventional oven microwave, and refrigerator. Throughout the Boaterhome, you’ll find a dining area, bathroom, shower, and plenty of versatile furniture that transforms into sleeping bunks, like a kitchen table that unfolds into a bed. In addition to his family’s Boaterhome, John plans on remodeling his own to bring it out of the 80s into the 21st-century, outfitting it with smart technology and even an upper deck for driving. 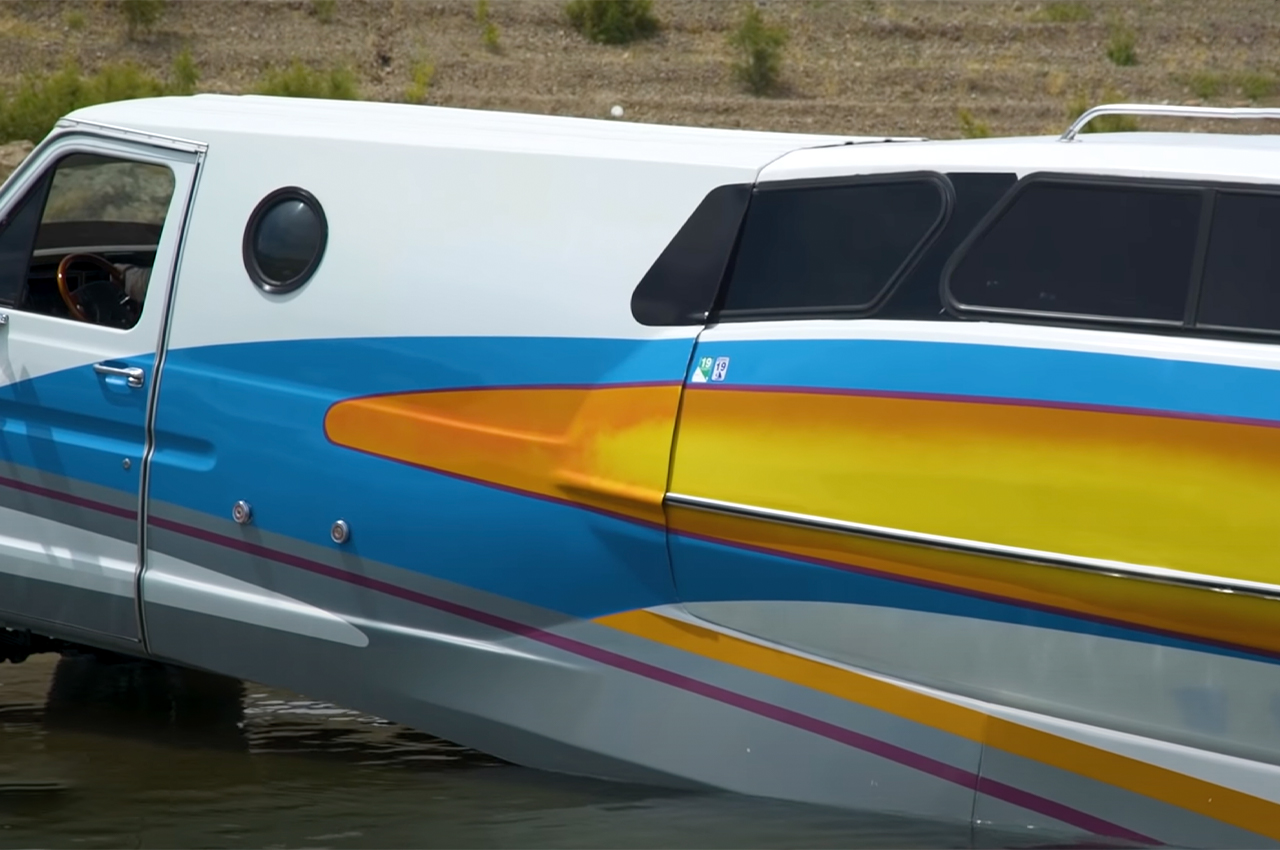 With a seamless boat connection, the boat easily slides onto the van’s trailer, merging the boat with the van to become one.

Reinventing the wheel has never looked so uh… awkward? I will wait to pass judgement on the comfort aspects of this concept and whether or…

I’m in the market for a new car and am facing this very dilemma! I want something smaller and more efficient for zipping around the…

Now, I’m no gearhead, but I’m definitely excited by the future. The futuristic UVA Concept Car was designed for the Michelin Design Challenge, bringing the…

Ship Of The Desert Is Your Doc On Call

It’s the modern times and in urban areas we are just a phone call away from the nearest emergency medical service. However in the remote…