This amazing machine goes by the name “Catapult” and is created by designer Tom Robbins, who, in an effort to improve the state of bikes made for the handicapped, went for the lever drive route. The inspiration for this bike came from seeing a particular person in the park attempting to operate one of those upside-down bicycles where the wheel-turning mechanism is turned by hand rather than by foot. In a moment of sheer brilliance, Tim Robbins turned to what ends up being a lot easier to operate: the lever drive.

The version of the bike you see before you is not quite operable by those without the use of their legs, but that’s very possibly on the drawing board next. In fact, Robbins is already at work on a steering mechanism that can be installed that makes it so the handles can rotate back and forth and steer the vehicle using the person’s hands and arms rather than their feet. Sounds rather neato!

This first version aims to be fun to ride and to provide the rider with a great upper body workout. In this model, either both or one lever can be used at a time to propel the vehicle. Both the upward and the downward movement of the bar propel the vehicle, while the chain gearing on the wheel utilizes 7 gears. The left lever adjusts the gear with a rotating grip, while the right lever has the brakes, the one lever working both back wheels to stop.

MOMENT OF INTEREST: Tom Robbins is a designer who generally focuses on plumbing and hardware. In a moment of inspiration, he took on this project, and totally nailed it brilliantly. Never limit yourself to the trade you’re focused in – if you’re feeling wild, go wild! 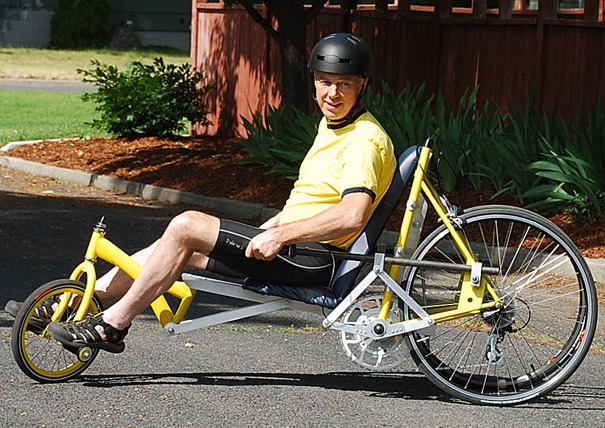 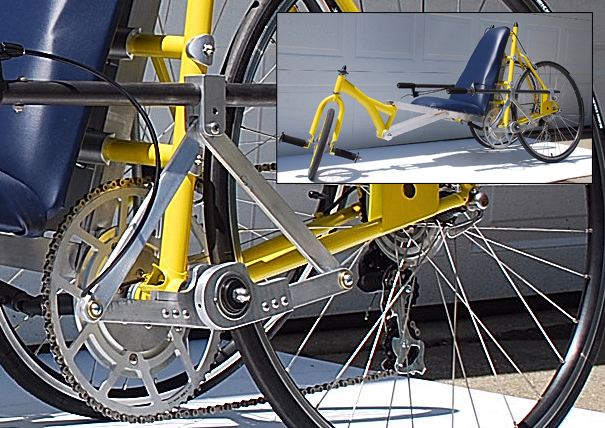 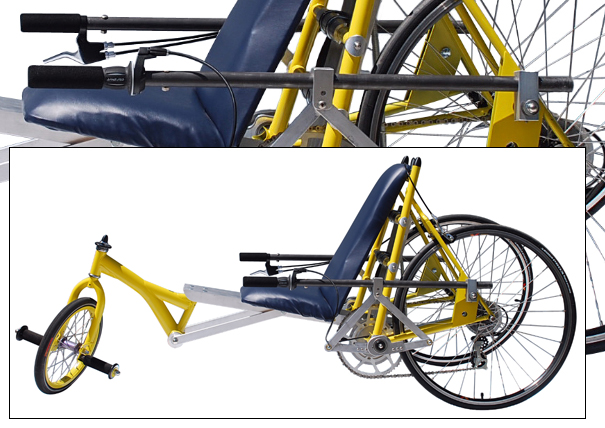 This right here is a bus made for everyone who is anyone. Everyone can ride this bus, no matter how they get around, no matter…

It’s not too often one comes across an adaptive bike design that’s truly awe-inspiring, bridging technology with urban mobility in a way that suits the…