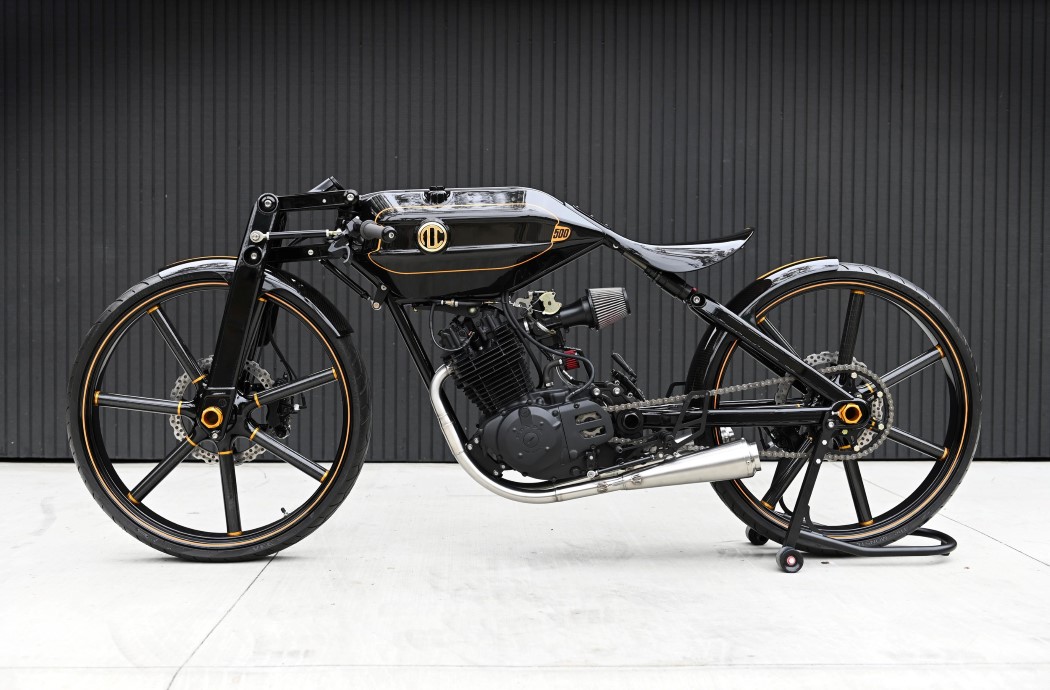 With a design that’s just about as bare-basics as its name, the ABC 500 from A Bike Company (talk about no-frills) shows how ‘no design can also be good design.’

Challenging the very notion of automotive design, the ABC 500 actually champions the ‘lack of design’. Every part of the bike is exposed to the elements with an aesthetic verging on dirt-bike territory. Its lack of mass notwithstanding, the bike still manages to have immense character. It’s almost alien-like in how it looks defyingly-slim yet so well-poised… with perhaps its only solid mass being its fuel tank. 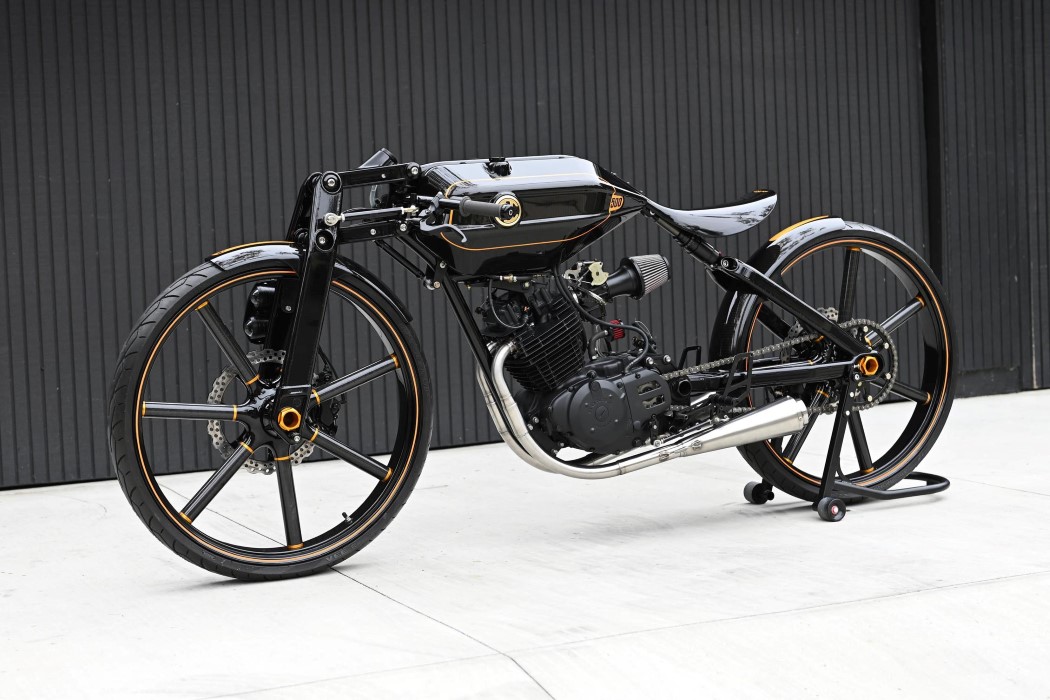 Although it may seem fairly simple to put together a bike without any bodywork, balancing it visually can be quite tricky… something the ABC 500 does quite effortlessly. If the posture of a bike is comparable to a jungle cat, the ABC 500 is an incredibly lean mammal with a toned torso. The fuel tank has the most visual mass in the motorcycle and your eye is first drawn to it, followed by how the tank’s upper contour translates out the back into that slick, cantilevered seat. On the opposite end of the tank (the front) is perhaps one of the most interesting suspensions you’ll see. First developed in the 70s by Norman Hossack, the Hossack suspension uses a linkage-style arrangement to help smoothen out a bumpy ride. The suspension visually dominates the front of the bike, and is accompanied by just a speedometer on the top. In an unusual design choice, the LED projector headlights are located on the right-hand fork, just slightly above the front wheel’s axle. 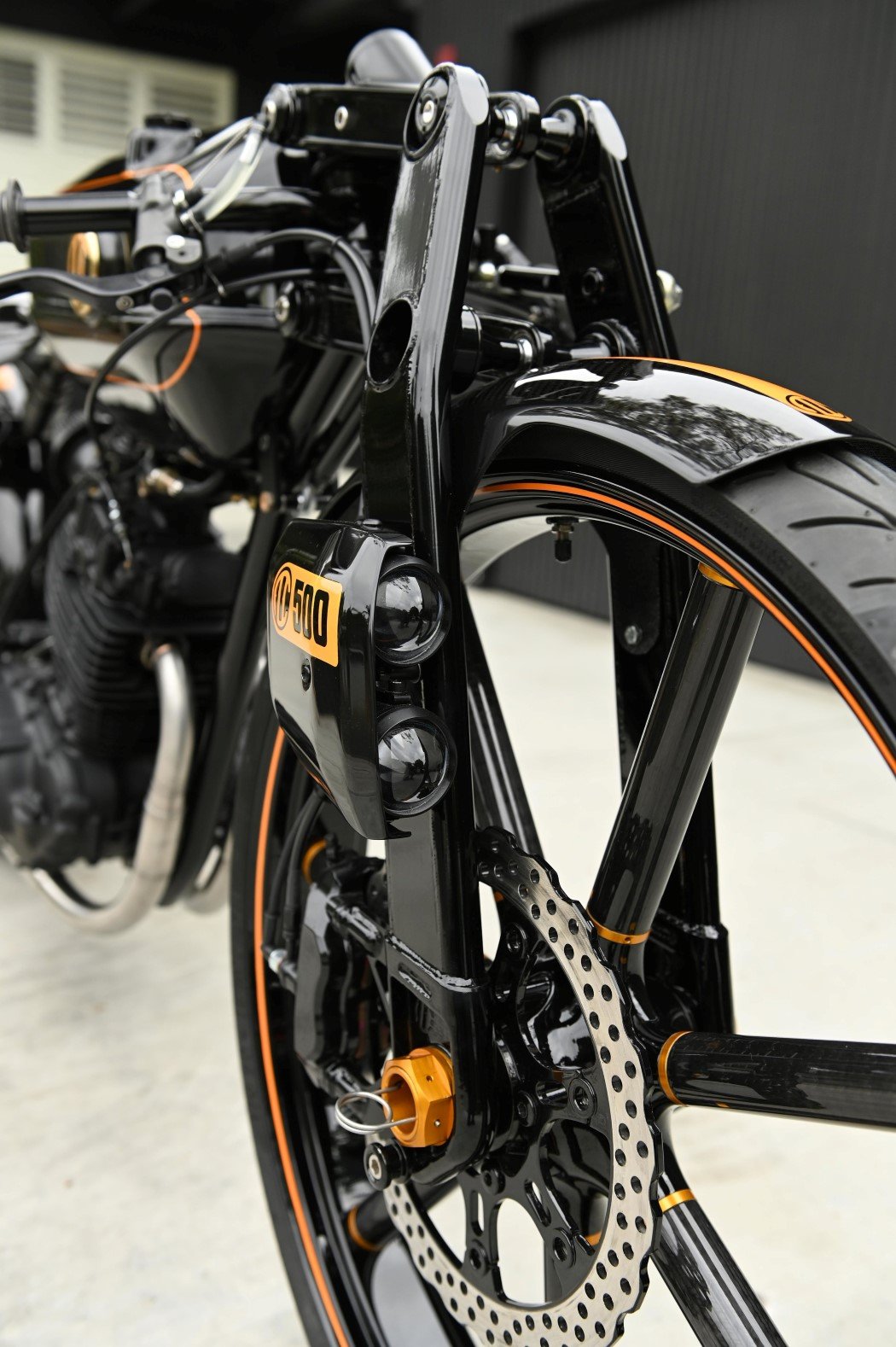 The eyes then gravitate to the unsettlingly thin and large 26-inch wheels, which complement the motorbike’s no-frills aesthetic perfectly, and come with carbon-fiber spokes attached to an aluminum hub. The rear wheel connects to the base of the seat via the rear shock absorber, with the bike’s slim taillight located right above it, sitting underneath the carbon/kevlar fiber stressed seat. 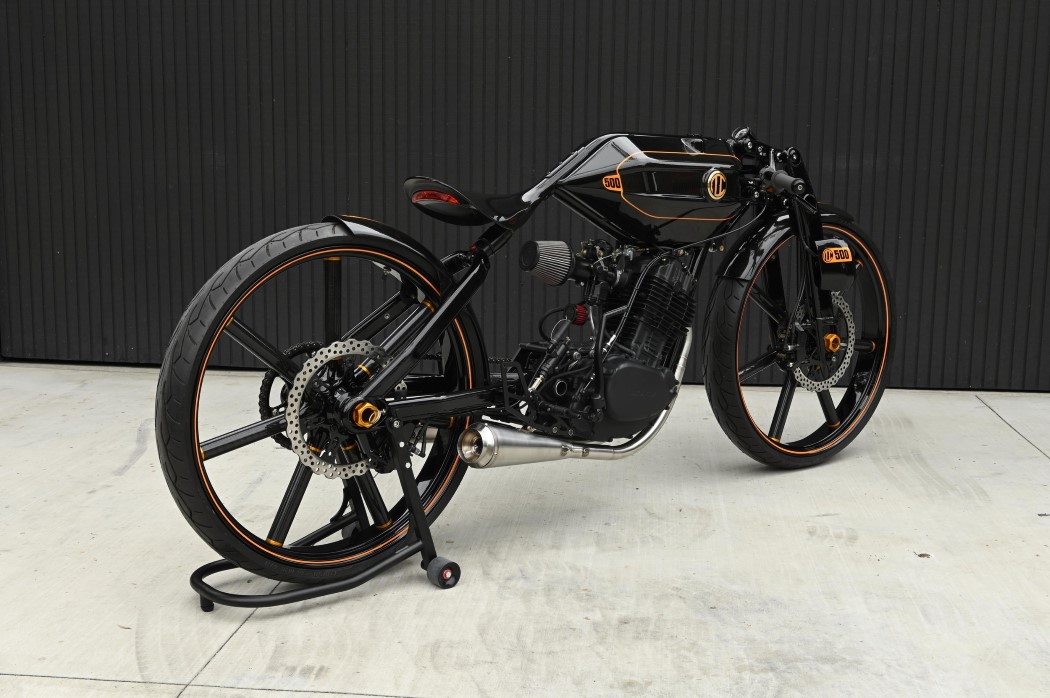 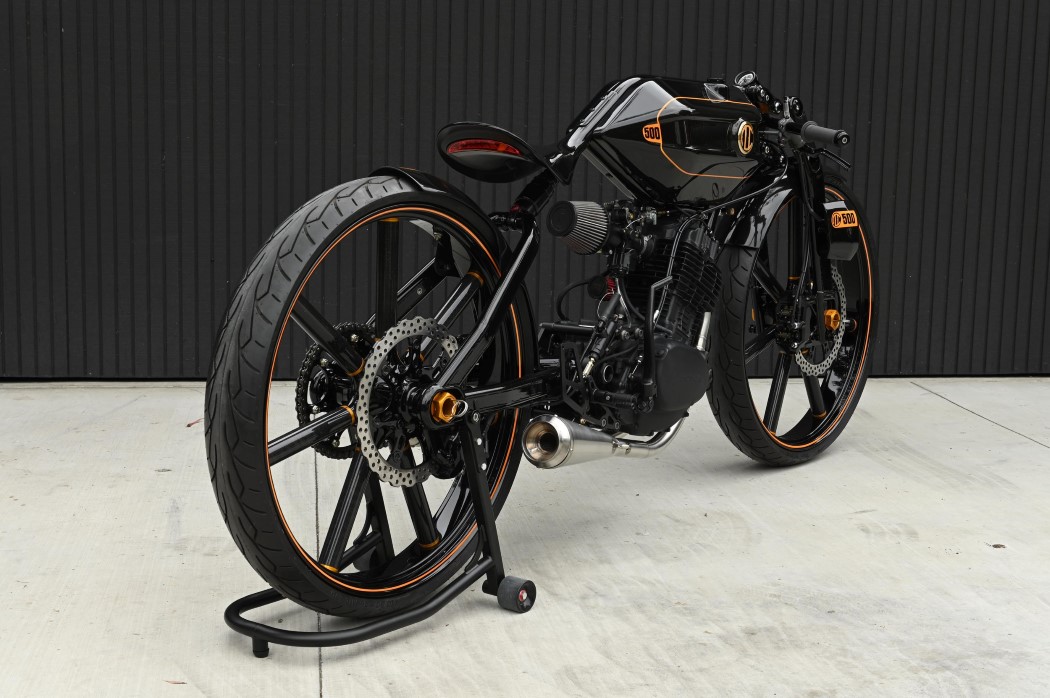 The ABC 500 comes outfitted with a 1980 Honda XL500s 500cc Engine (giving it its name) and a 5-speed gearbox pumping out a ballpark of 33hp. The bike comes fitted with a standard Keihin carburetor, with a rapid-prototyped custom air-intake trumpet mounted with a conical air filter.

As minimal as it looks, the ABC 500 took a whopping 10 years to design. It’s a common trap to think that minimal design ‘takes less time/effort’ because of its seemingly minimal nature, however, the ABC 500 is an absolute masterclass in creating visual poetry with as little as possible. Everything from the choice of parts and material, to its colors, symmetry, and silhouette, is a lesson in how a bike that looks as sleek and slender as the ABC 500 can look just as menacingly capable and powerful as even the burliest and bulkiest of superbikes. 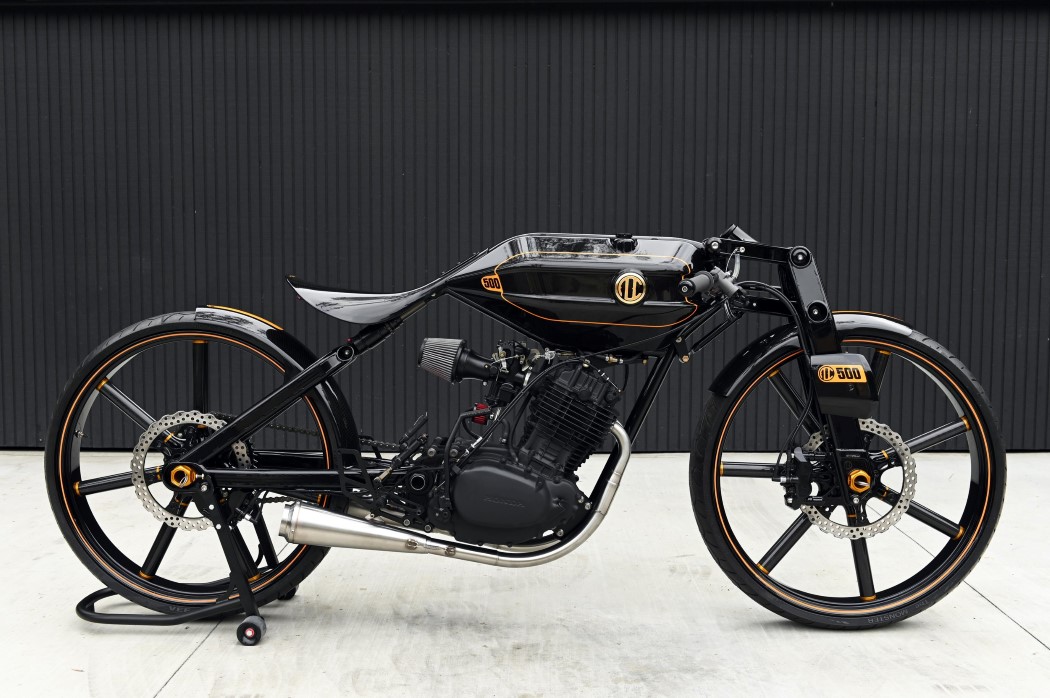 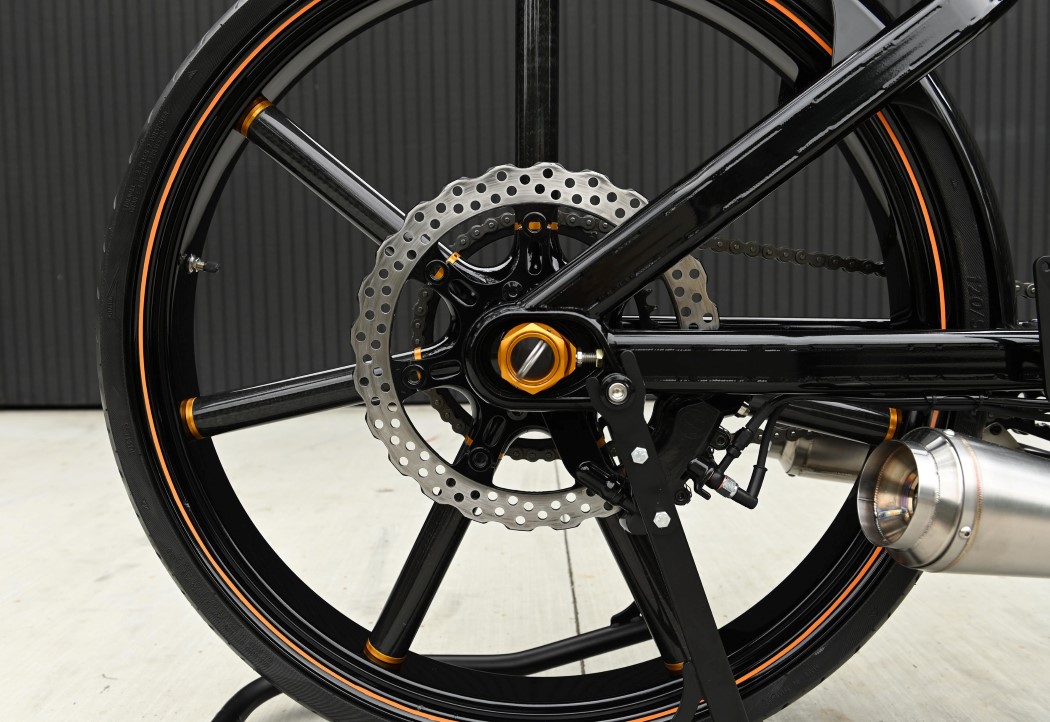 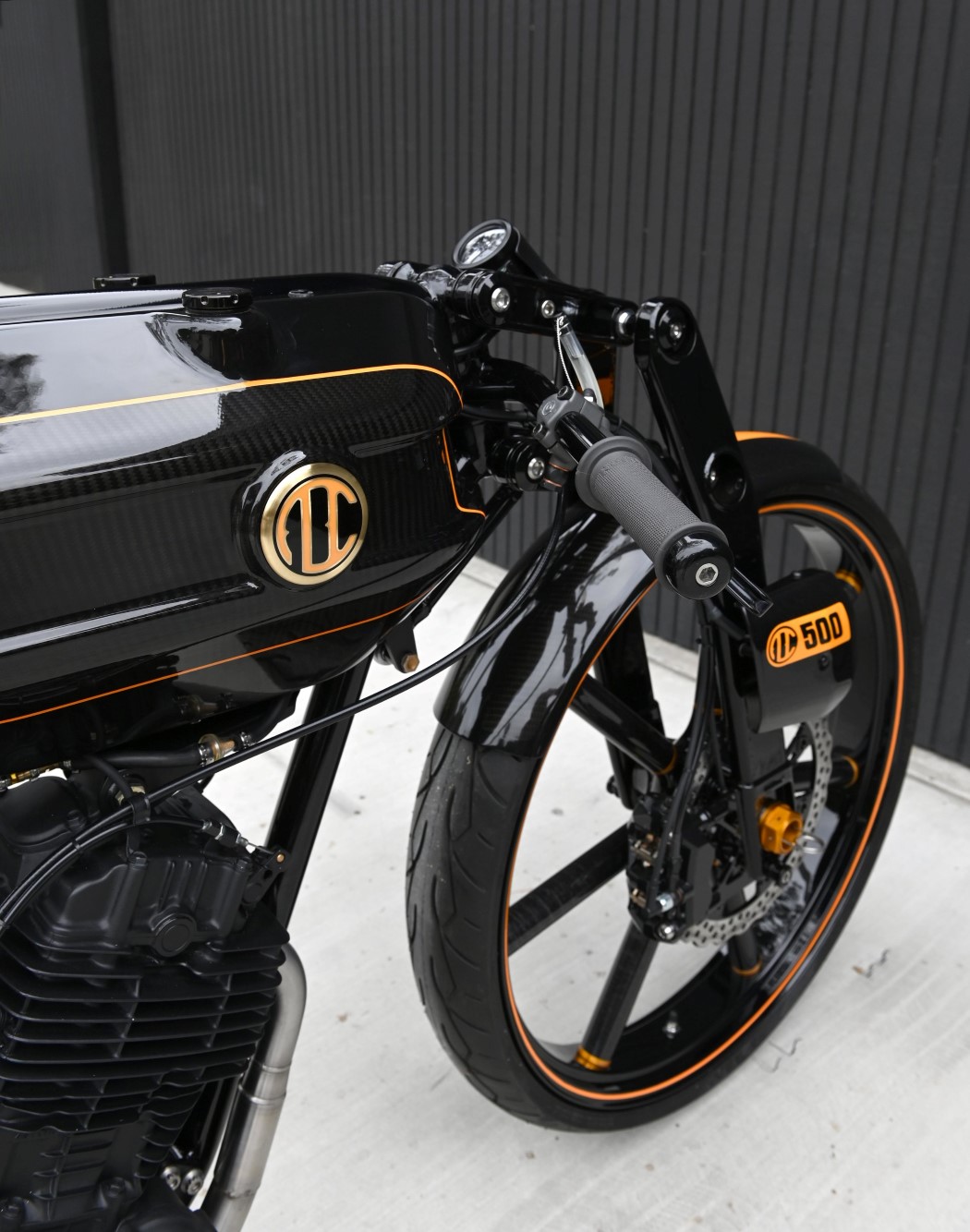 Taking low-poly grunge as a deliberate design direction, the Droog DM-017 (also known as the E-Fighter V2) was designed to be the kind of e-bike…

Speed, smartness, and a lifetime guarantee.

While we’re busy giving IoT features to automotive vehicles, there lies the potential to make bicycles smart too. Now I’d rather have a smart bike…

From Volkswagen Beetle to the Black Panther, these bikes have the most intriguing origin stories!

Every superhero/supervillain has an origin story, so do these bikes! Origin stories are the emotional bonding that ground us and while we make tons of…

Though there’s been a great shift in the farming industry for more environmental awareness, the equipment itself has a long way to go in terms…