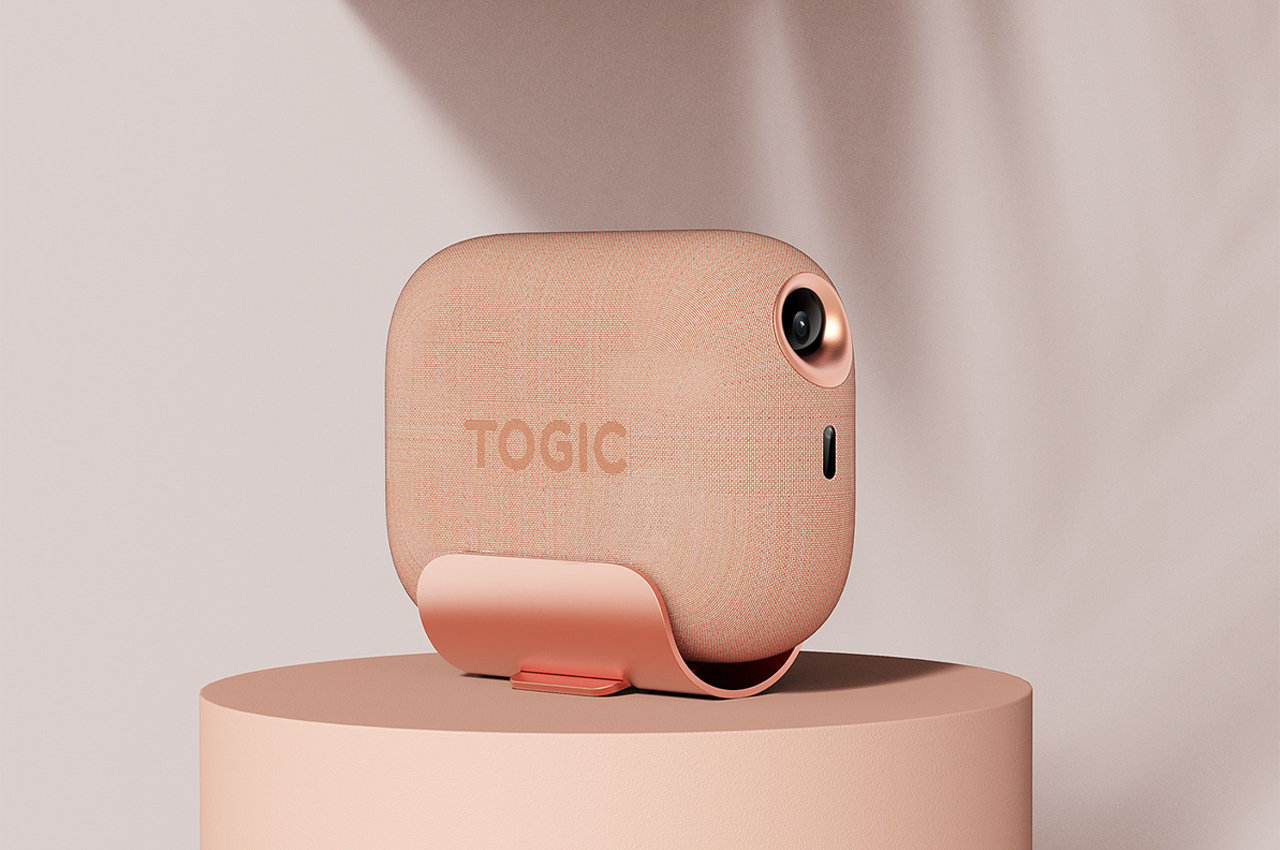 Togic One is a home projector built for Gen Z TikTokers that is designed to look good from all angles–especially for the camera.

TikTok has done more for interior design in recent years than you might think. Whether you’re Gen Z or only a wannabe, then you’ve probably seen the mood lights and ceiling projectors all over TikTok. Transforming your bedroom into viral light shows has become the new normal and designers across industries are taking note. Togic One, from industrial designer Fu Fu, is a home projector built to look good from every angle, even on camera. 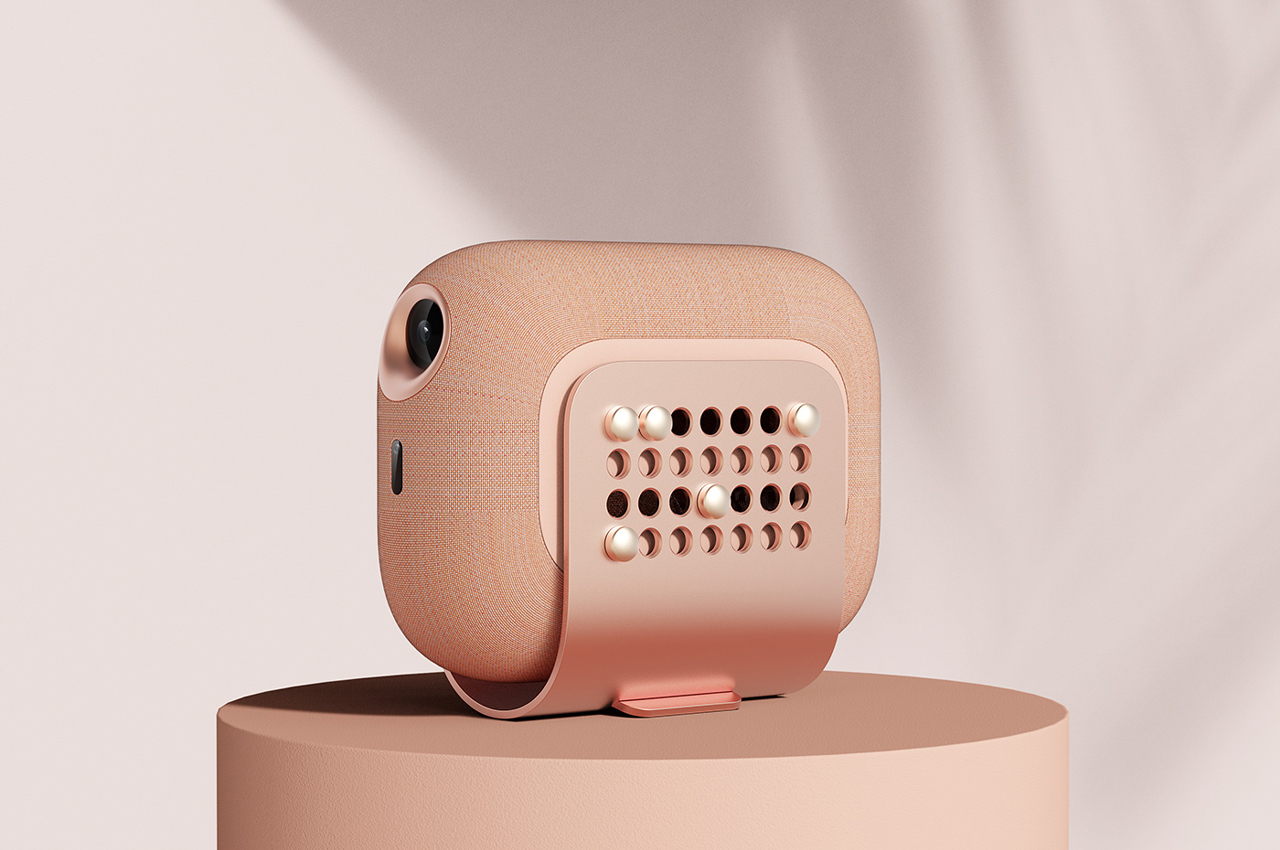 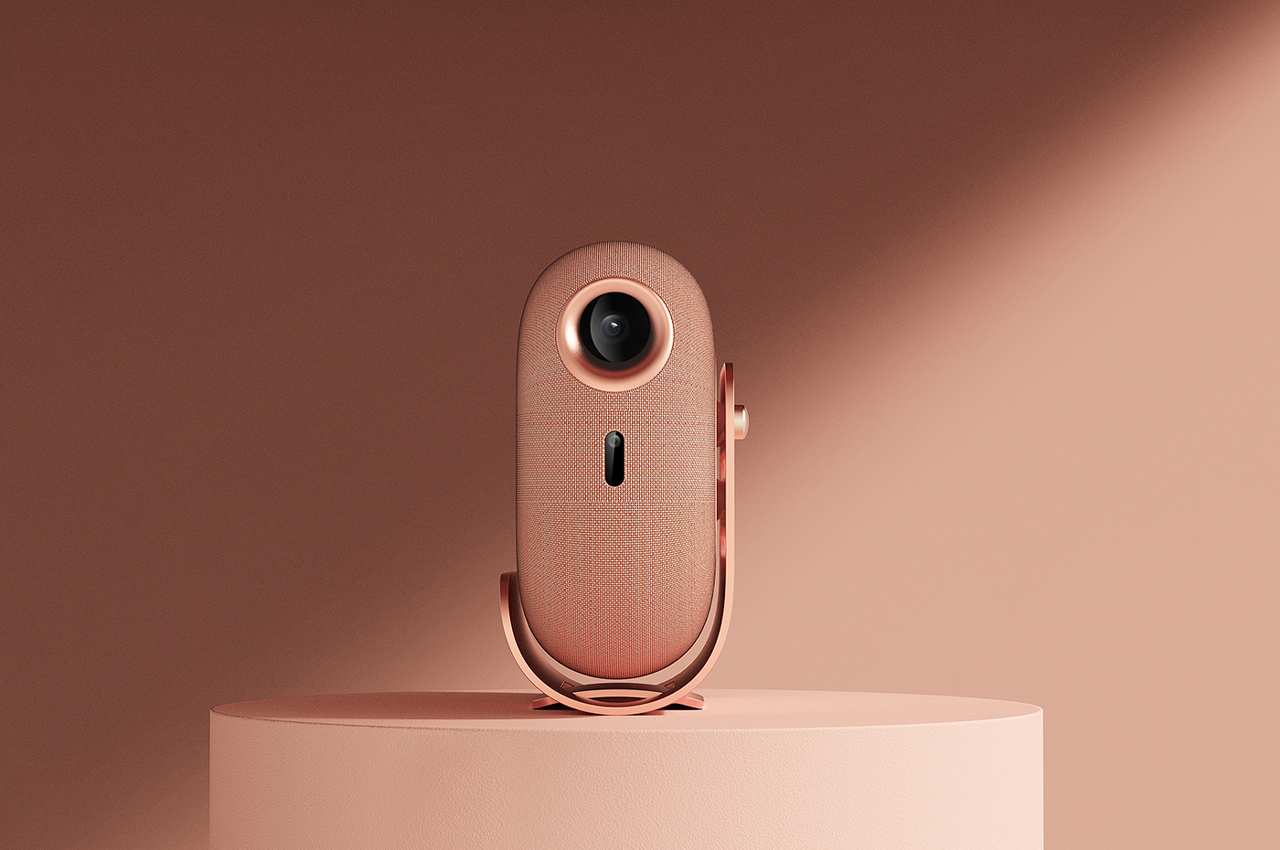 Being holed up in our bedroom for months on end with nothing to do but create TikTok videos has made many of us reconsider our bedrooms and how we can best design them to reflect our personalities. LED mood lamps and video projectors are two designs that help bring social media and TikTok to our bedrooms. Togic One from Fu Fu is a small home projector that can be adjusted to different positions and project film from anywhere in the room. Tightly wrapped in Guilford of Maine, Togic One has a familiar texture and design that would fit right in on a shelf lined with your portable speaker and smart assistant. Boasting a simple design, Togic One features only two small projection lenses that transmit film from the camera to your bedroom walls. 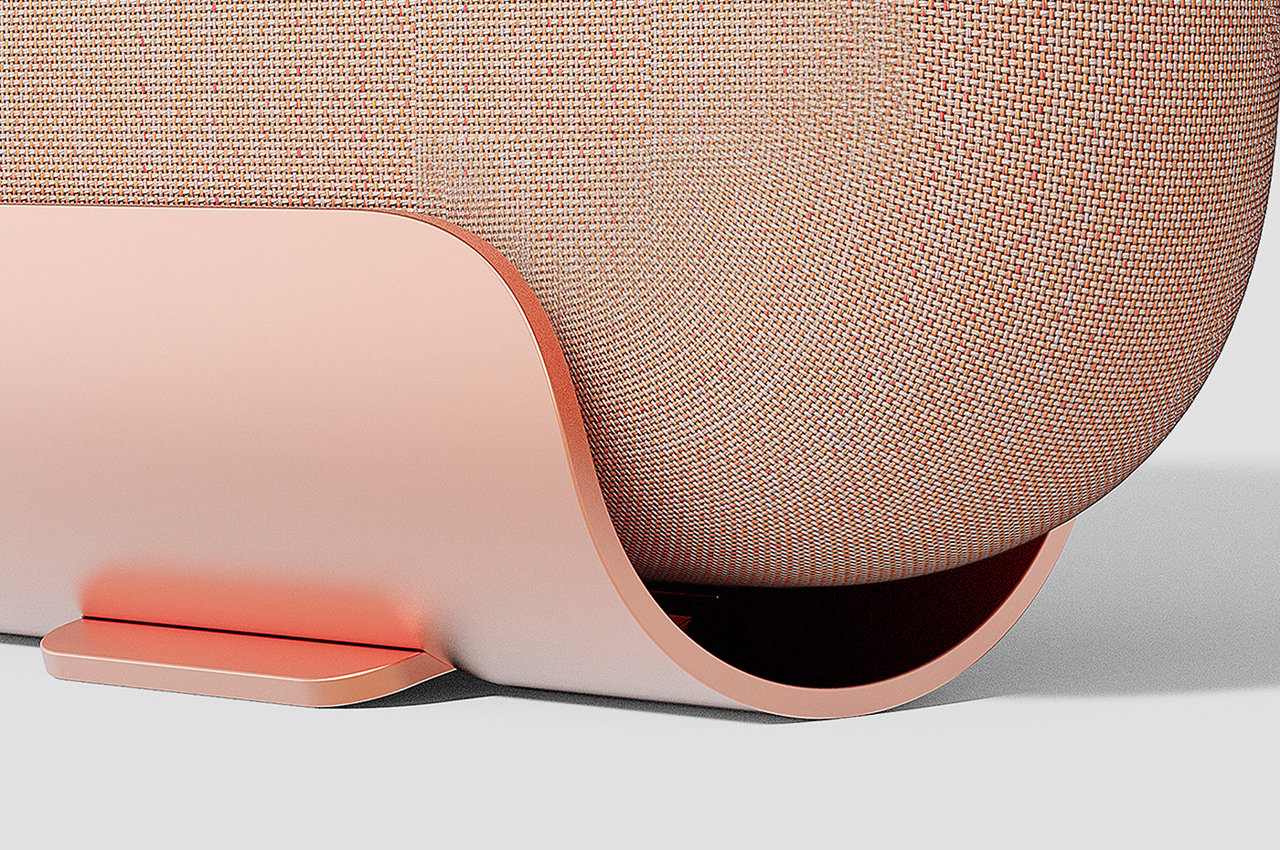 Guilford of Maine fabric wraps the exterior of Togic One, giving it a familiar texture and look. 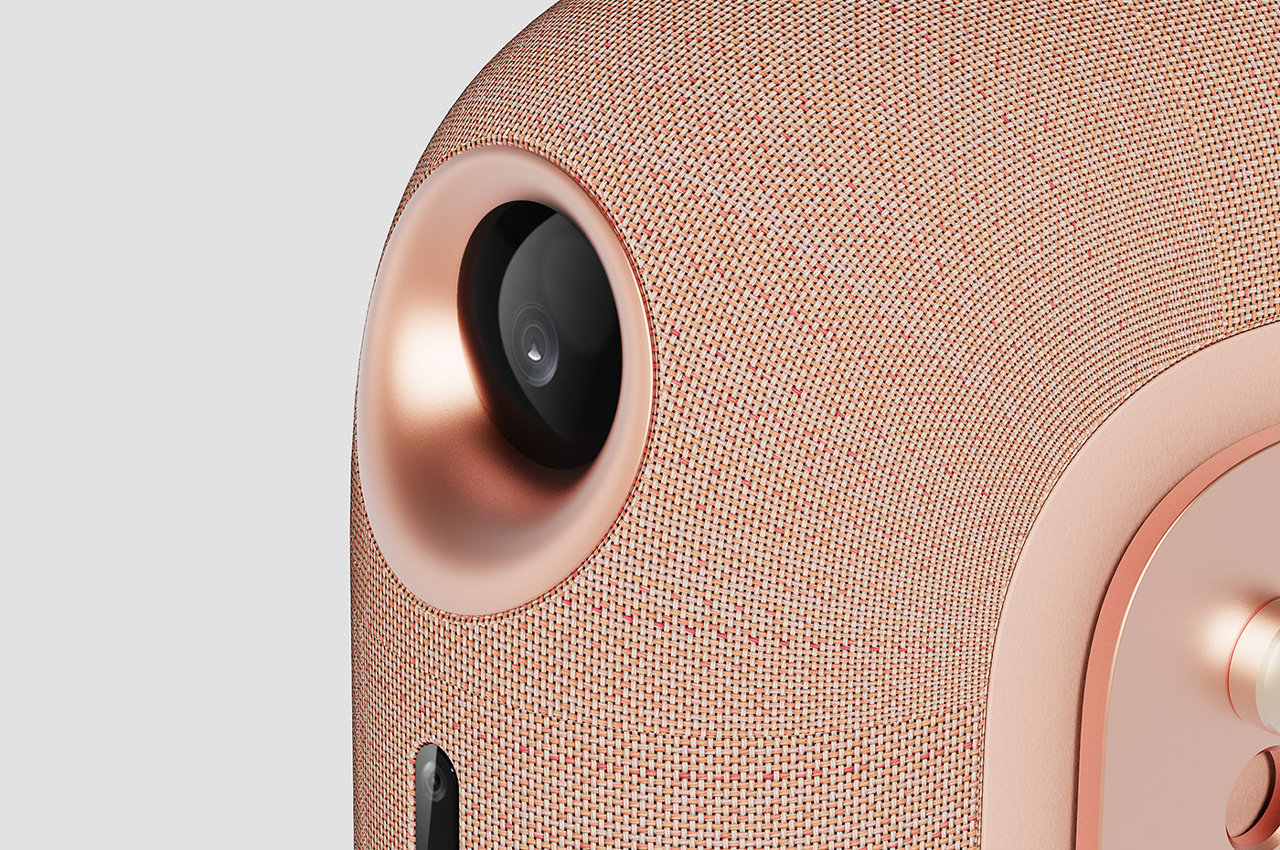 The projector’s lenses are subtle by design but can project visual media from anywhere in the room. 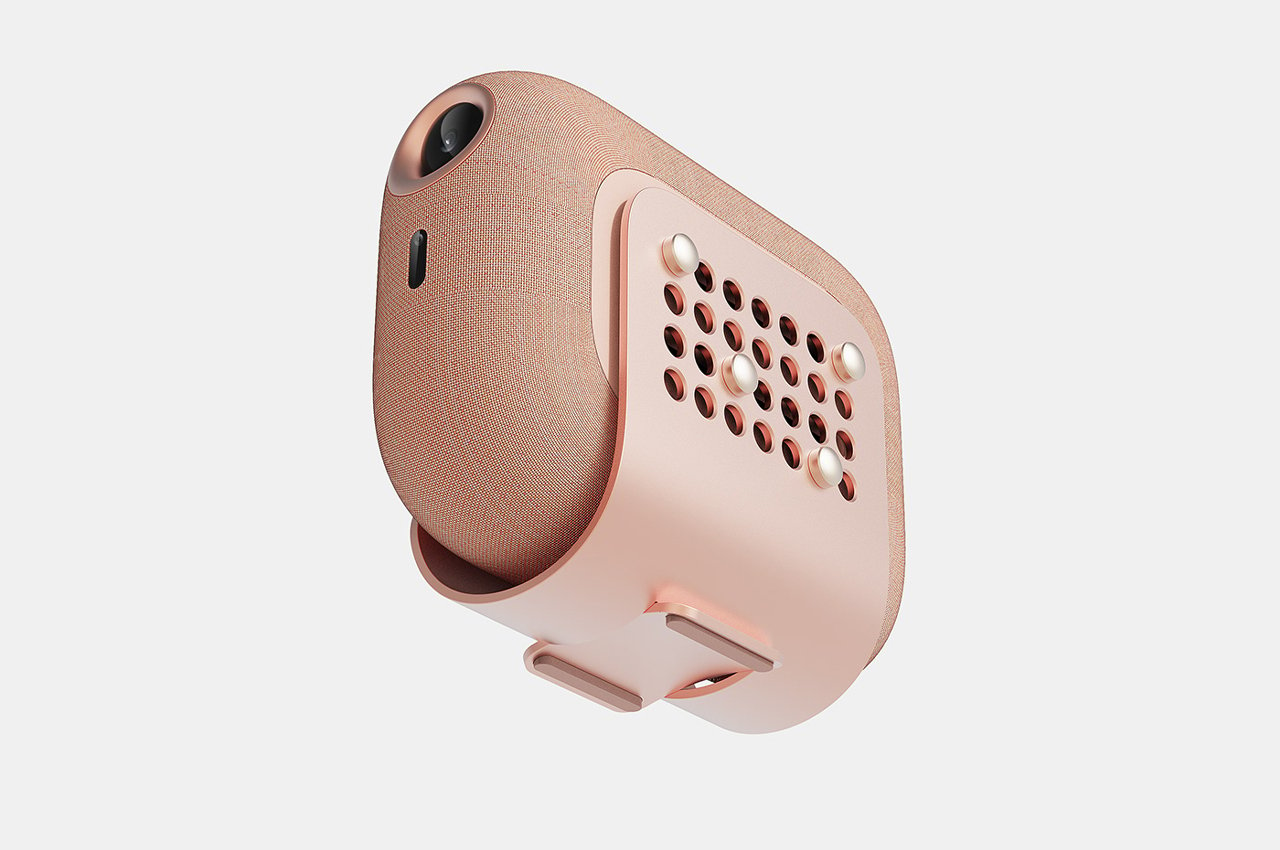 The small, compact nature of Togic One allows it to be carried anywhere and operable from any angle. 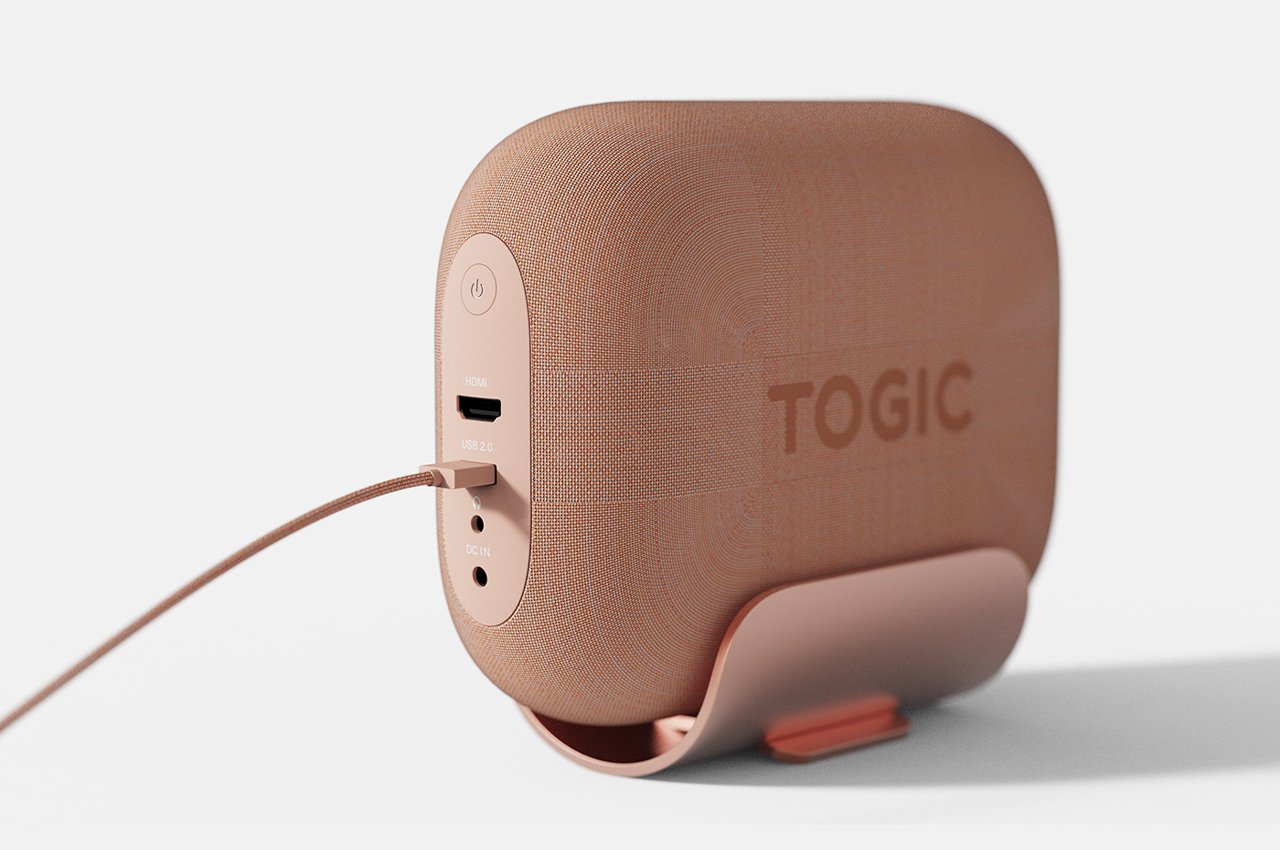 The back panel of input ports features a power button and sockets for HDMI cables, USB 2.0 chargers, a headphone jack, and a DC-IN port. 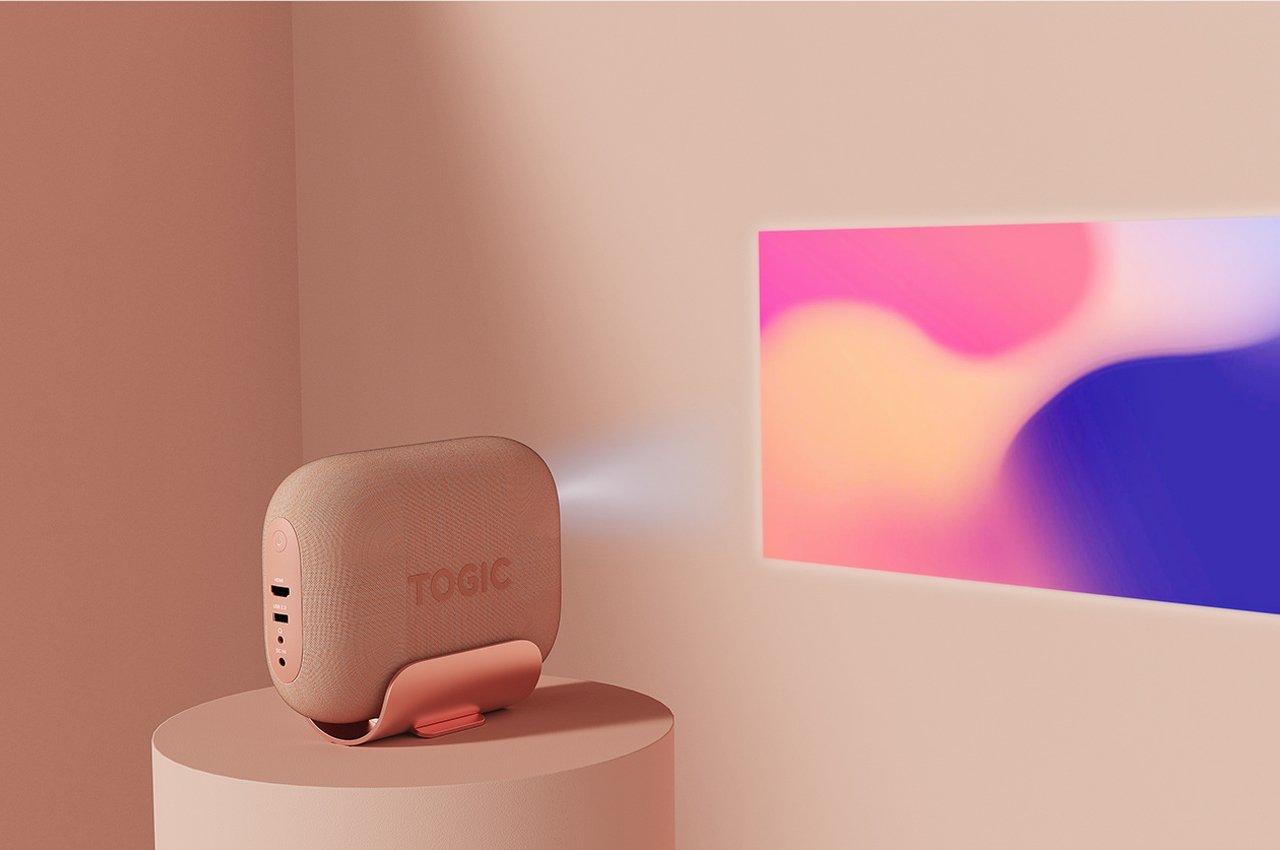 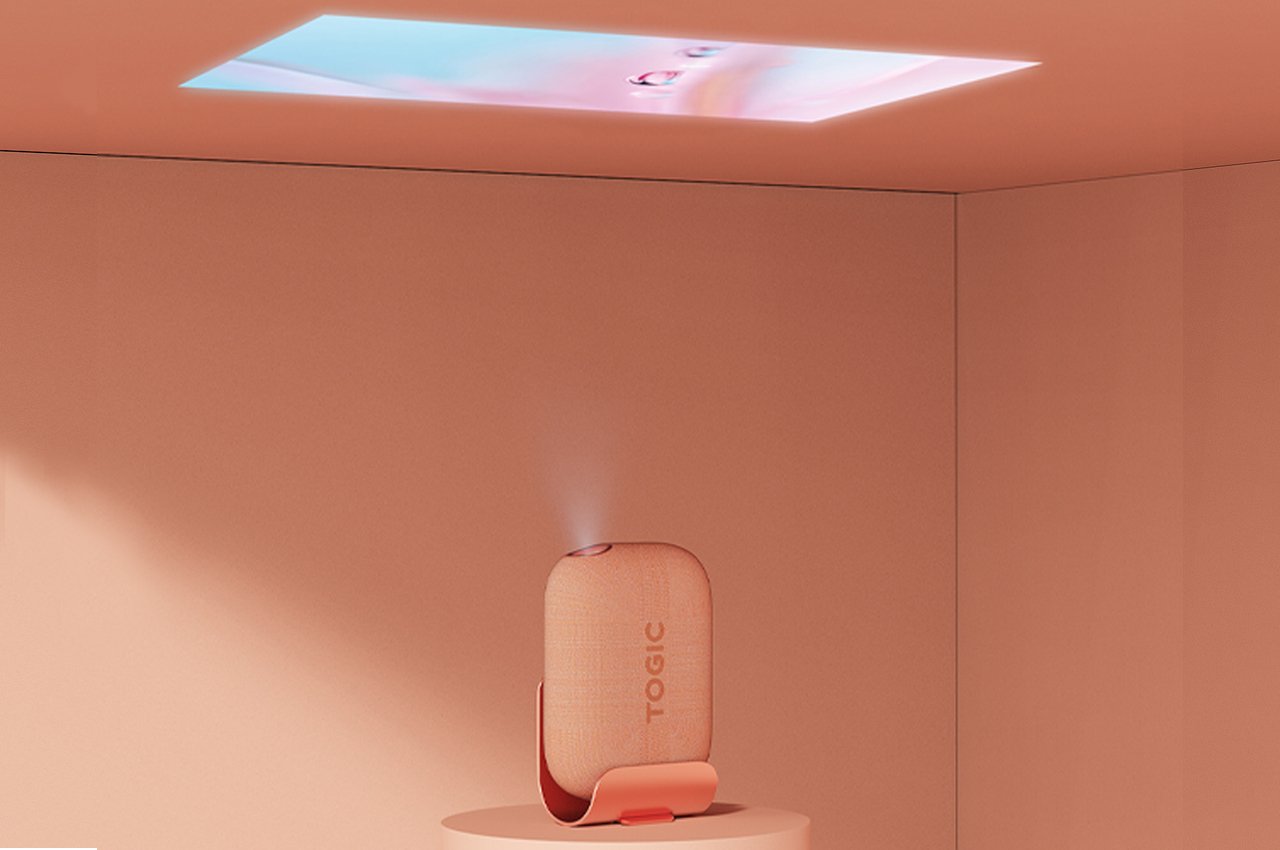 Togic One can be turned into any position to project visual media everywhere from the floor to the ceiling. 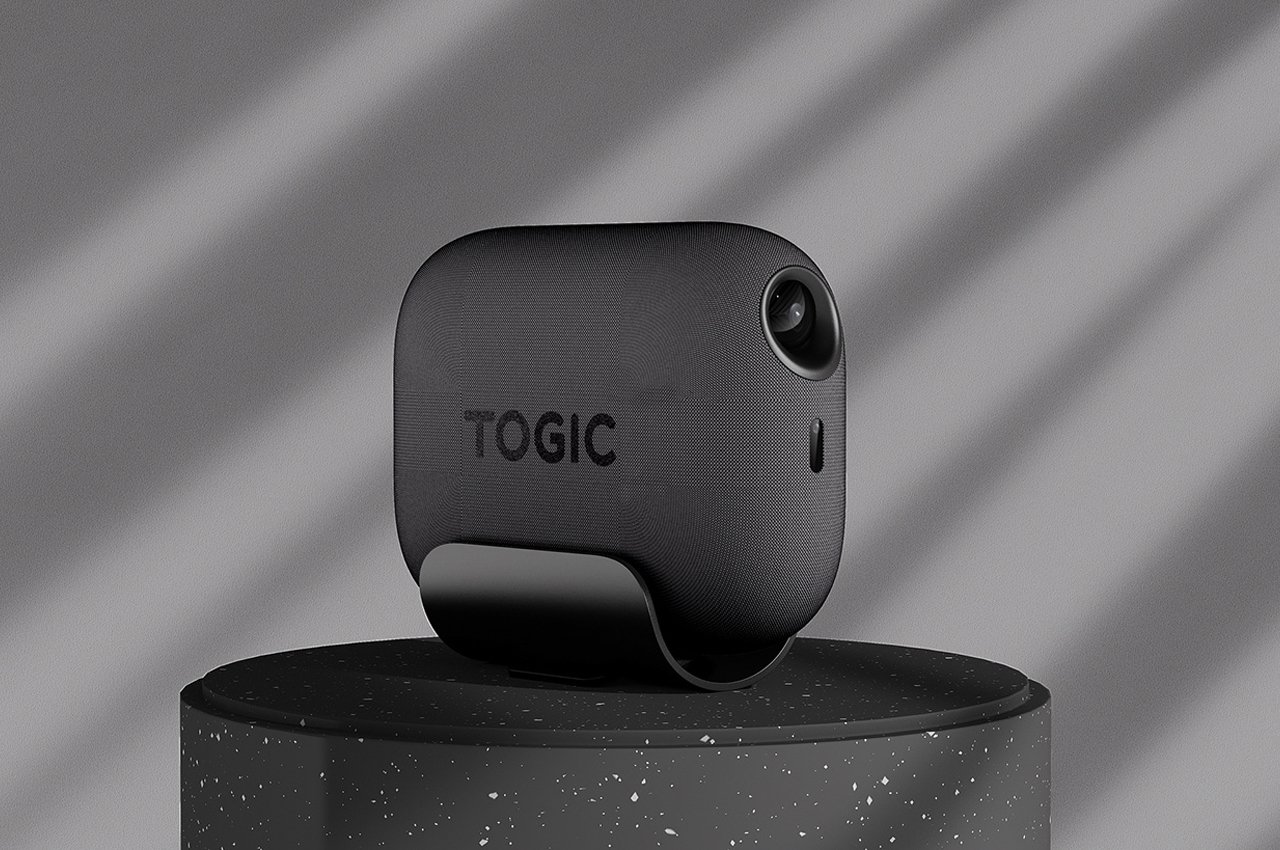 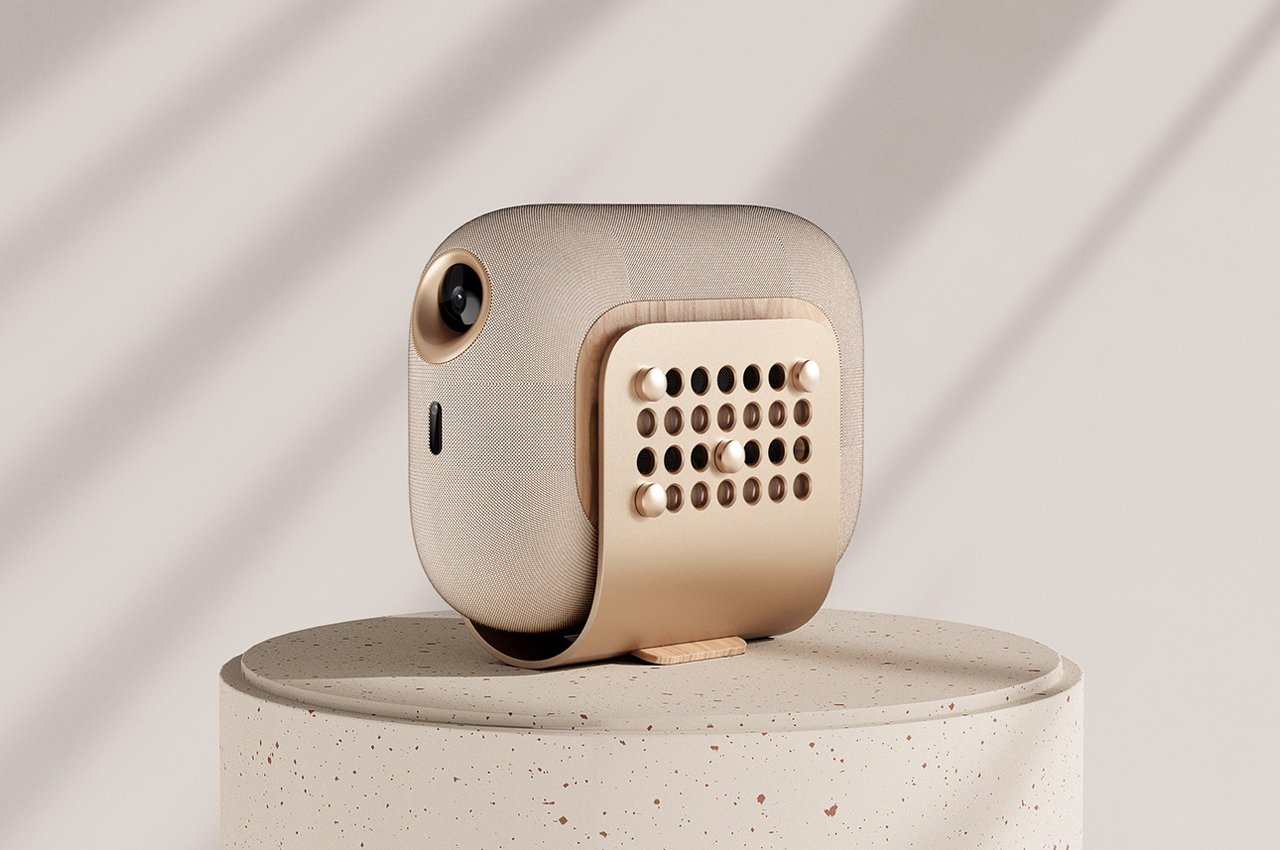 Perch up on this!

The Nest collection boldly challenges the conventions of the traditional bar stool and sofa, melding the two together to create innovative, upholstered, high and low…

The beauty of design is that it brings beauty to the otherwise mundane. Taken up as an attempt to merge scriptures with daily objects, the…