Designed to inspire awe both inside and out, Astronic’s watches pay tribute to the F-117 Nighthawk and the Apache-64, two of the most renowned stealth aircrafts of all time. Astronic’s Nighthawk timepiece even boasts of a hypnotic flying tourbillon located at the 6 o’clock position, and an adrenaline-pumping design that’s dominated by bold edges and chiseled surfaces. 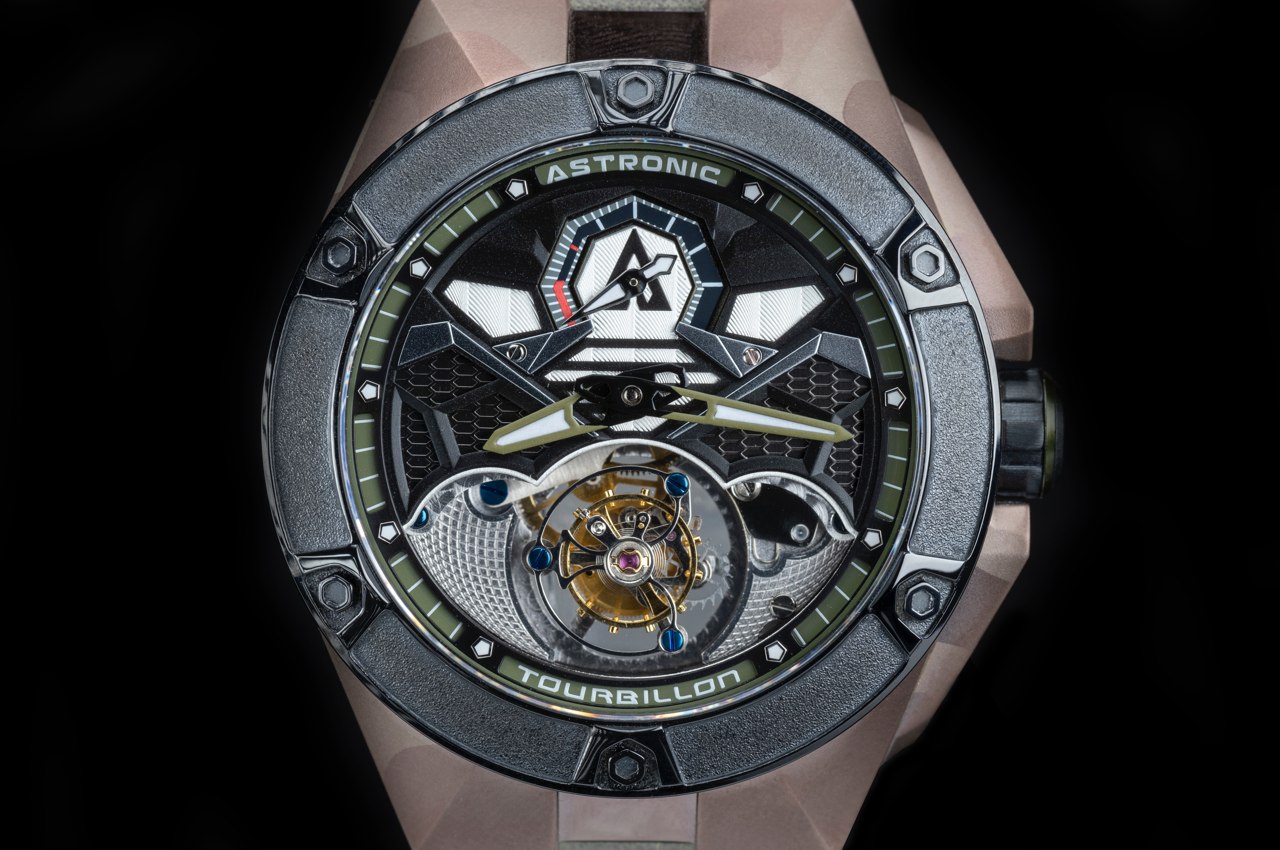 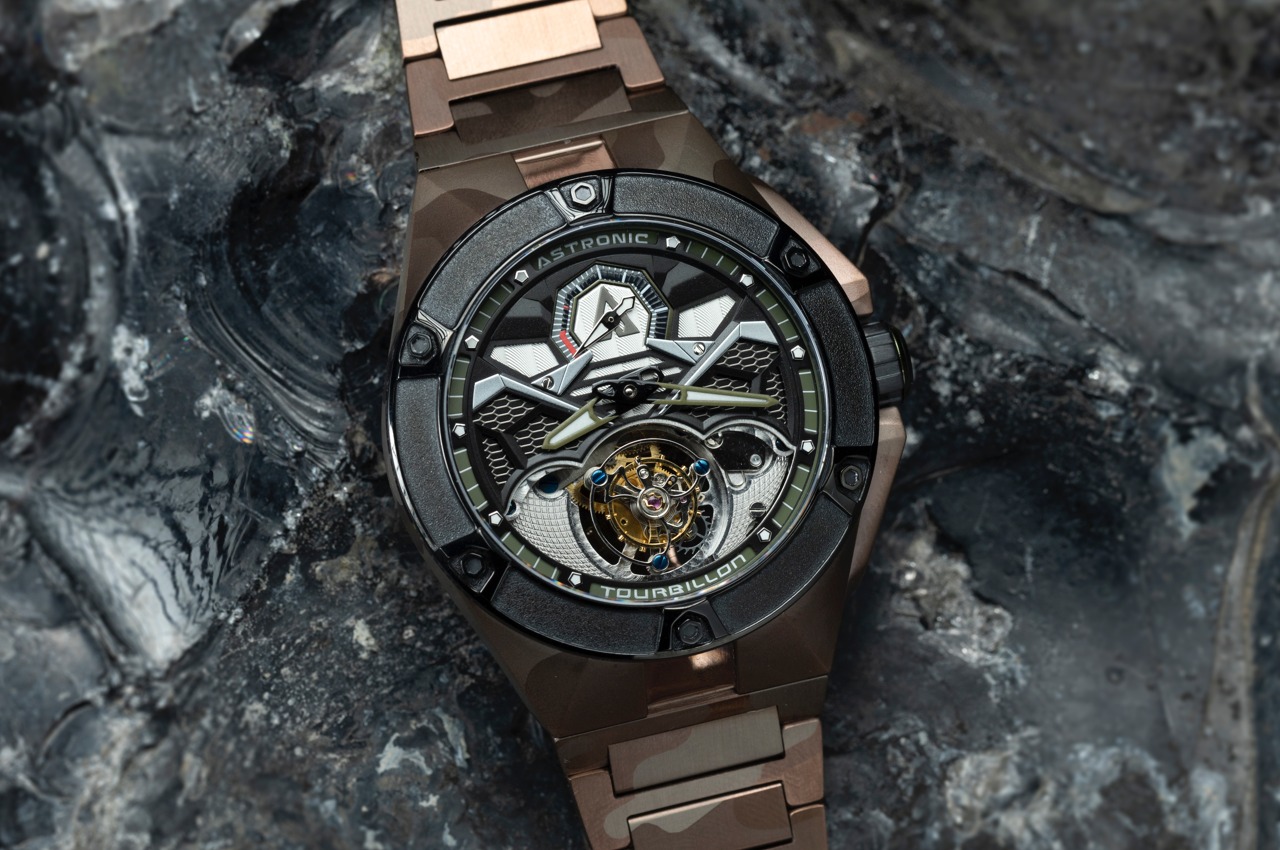 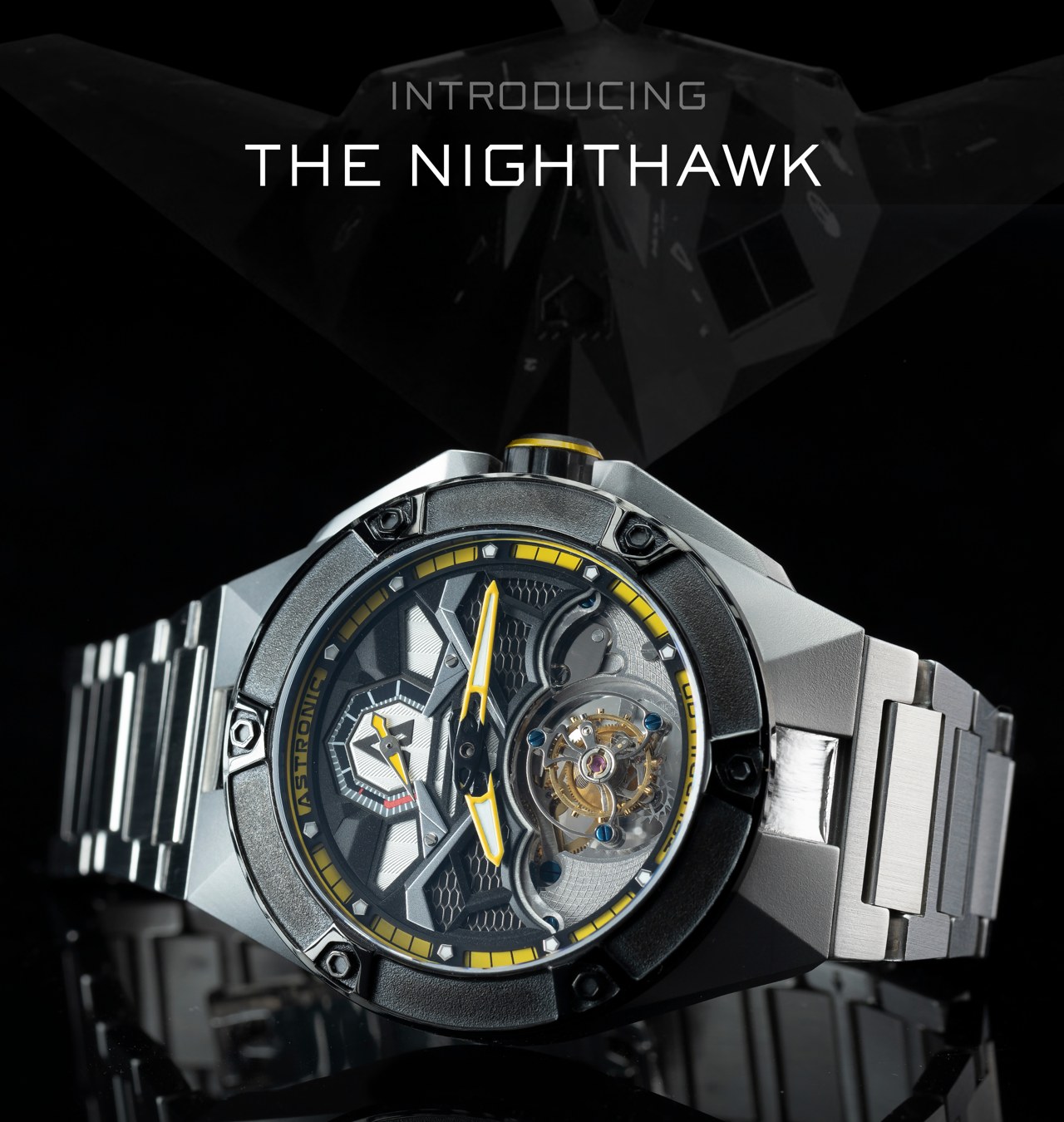 Astronic’s watches and fighter jets don’t have too much in common, except for probably two key aspects – A. they’re incredibly complicated and immensely engineered, and B. they defy gravity. The watch’s flying tourbillon is a testament to the watch’s gravity-defying abilities, as the tourbillon was first designed by Abraham-Louis Breguet more than 200 years ago to help combat the negative effects of gravity on a pocket watch’s incredibly precise moving parts. Over the years, the tourbillon has achieved an elevated, ornamental status, and is shown off as the crown jewel on the world’s most expensive watches. The Astronic Nighthawk come with what’s called a flying tourbillon – where the complicated rotating mechanism floats in place, looking like it’s flying. 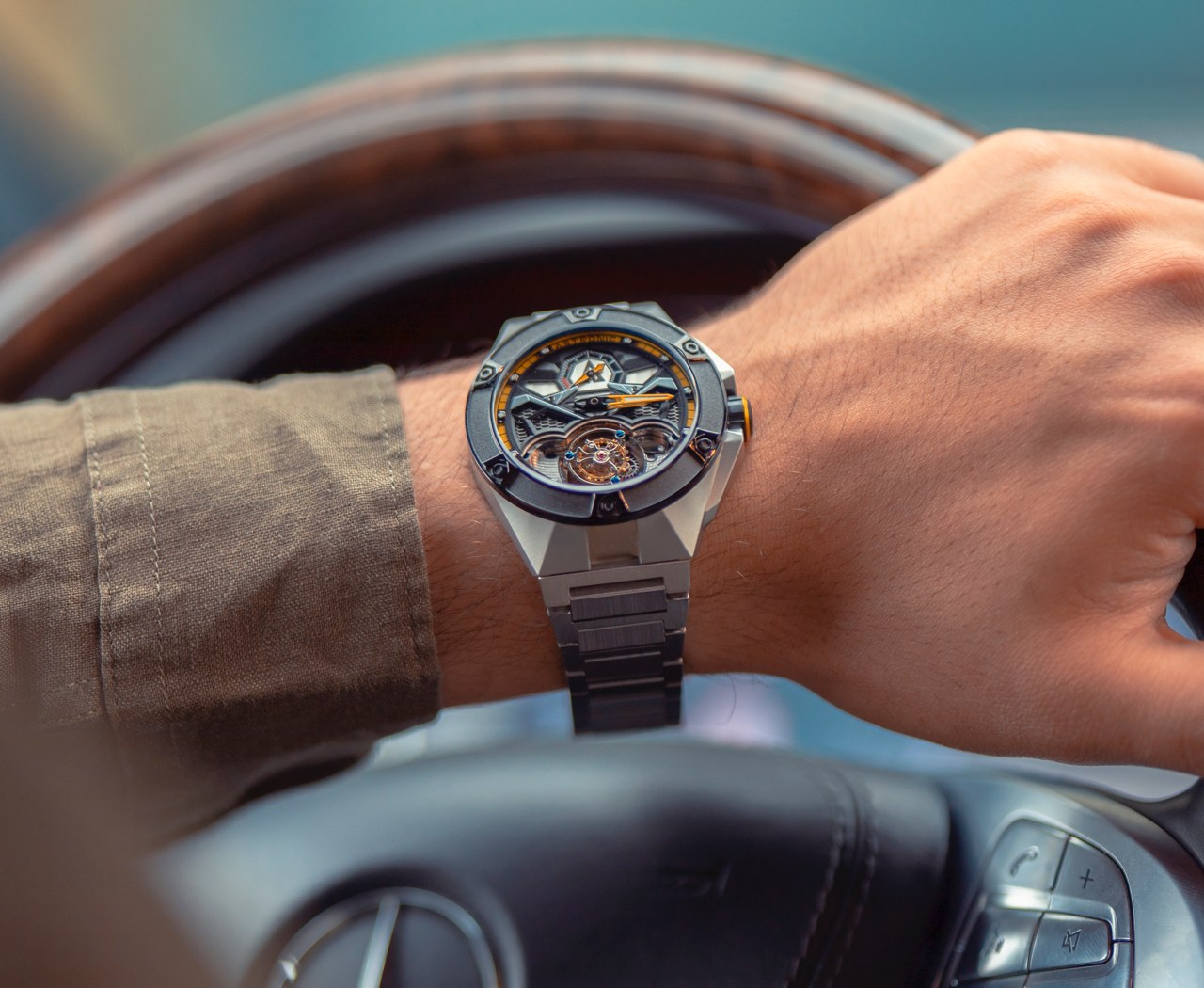 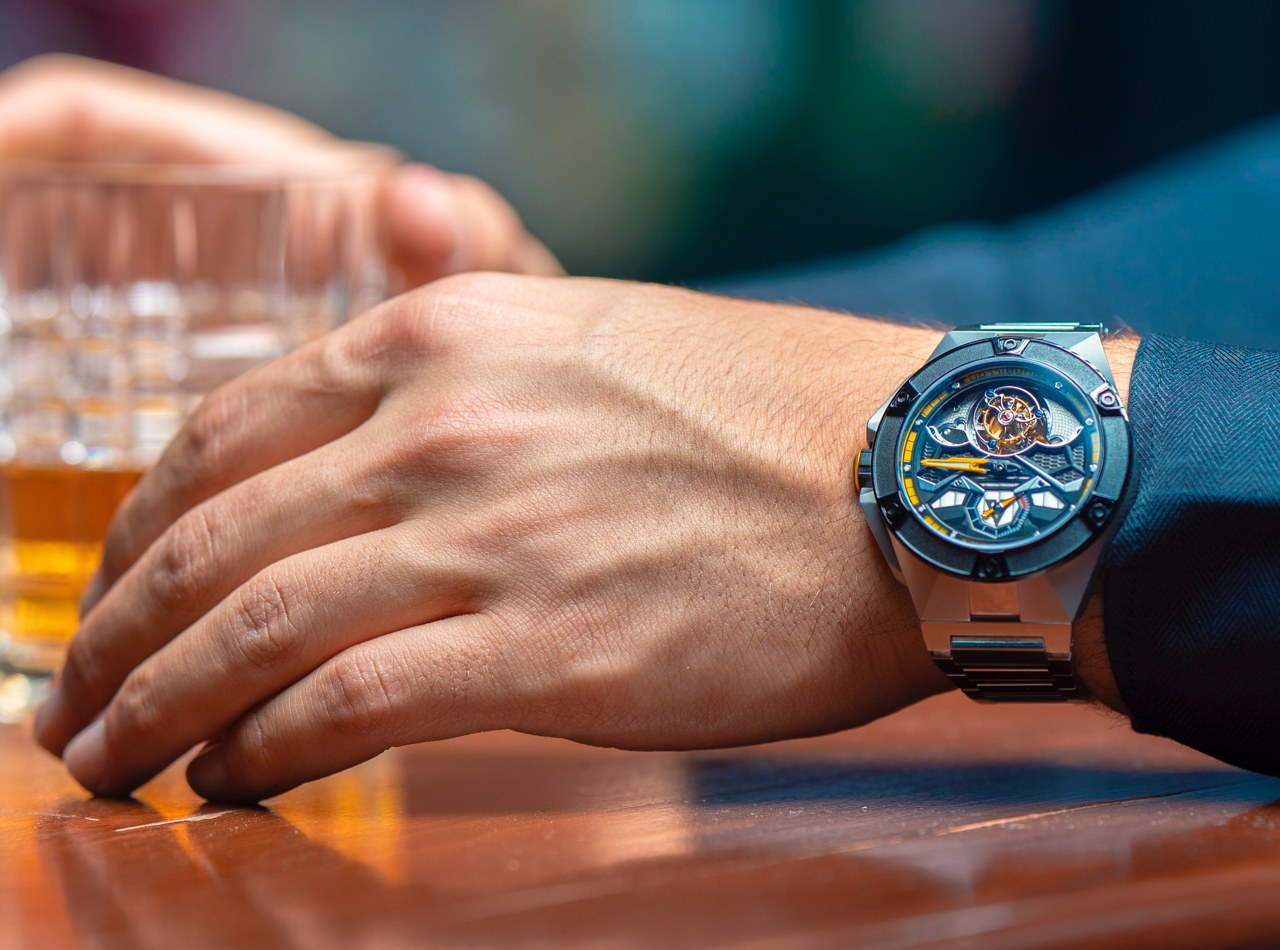 The company’s watches come in two ‘fleets’, the Nighthawk and the Apache. Both watches boast of an incredibly chiseled body crafted from military-grade 316L stainless steel, a screw-down bezel with visible screws, a damage-resistant sapphire crystal glass on the top, coupled with an anti-fingerprint coating, and the choice between premium leather and stainless steel straps. 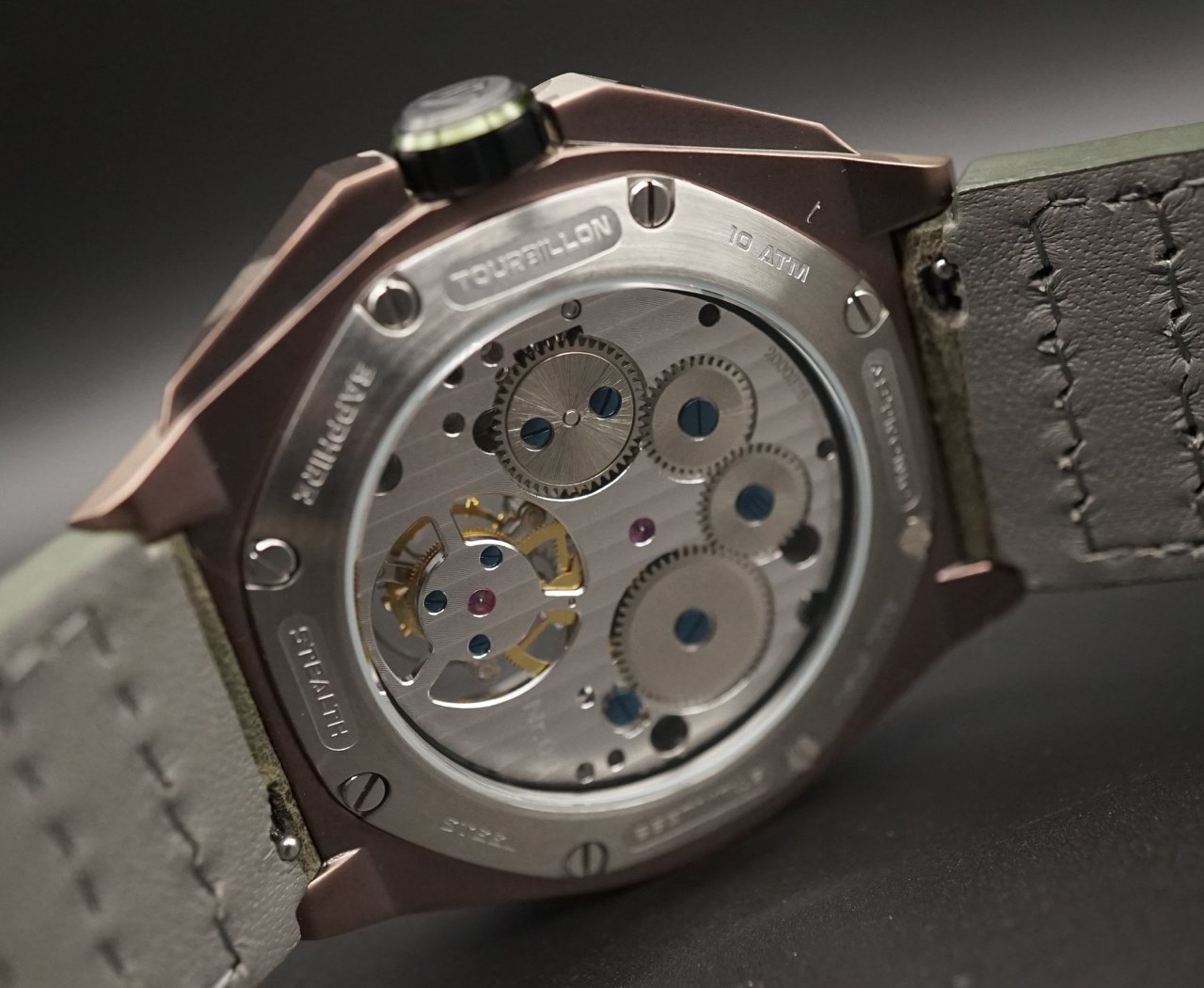 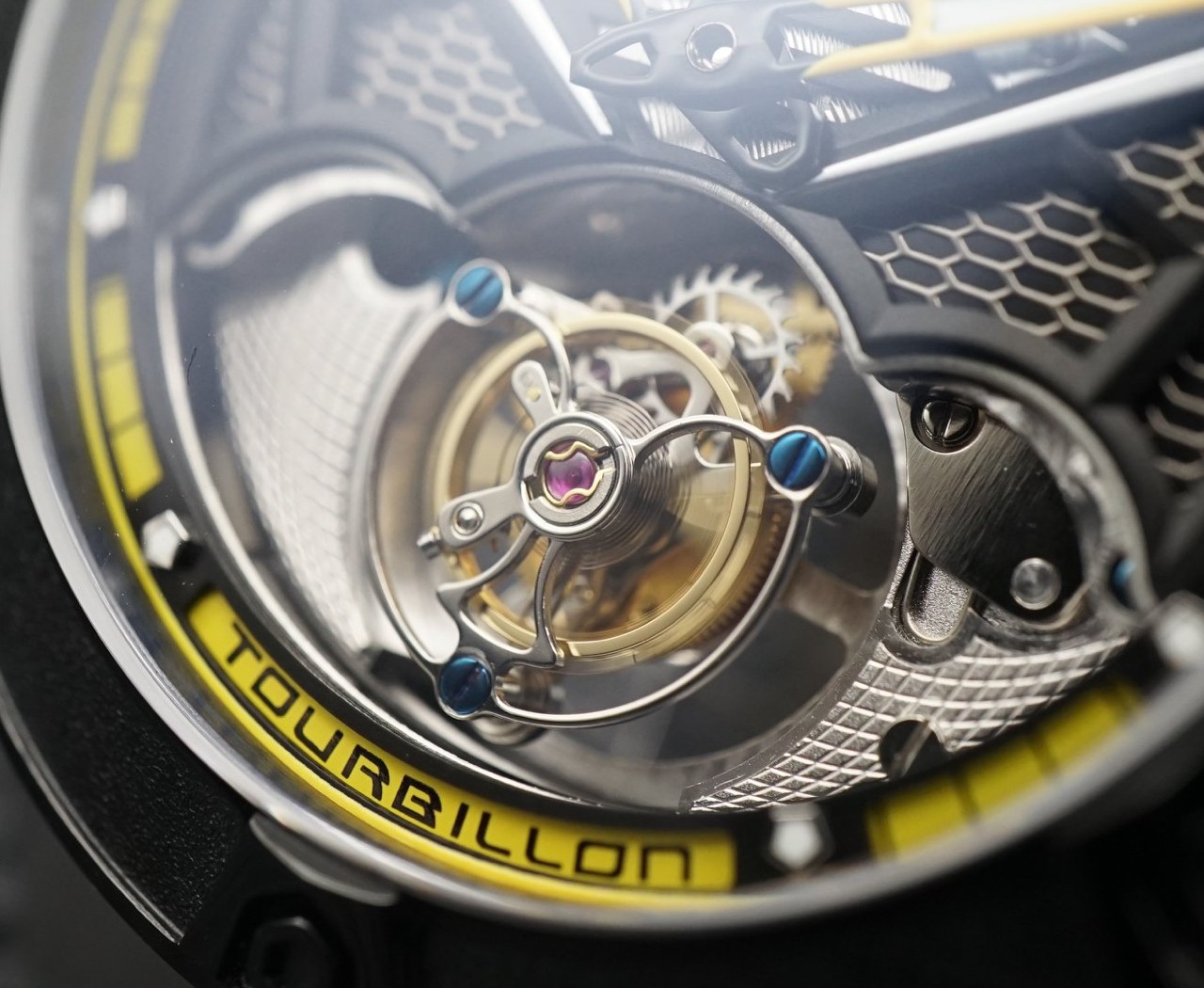 The Nighthawk comes with a 270-degree power-reserve sub-dial at the 12 o’clock position sitting within the silhouette of the iconic F-117 Nighthawk plane, while right underneath it lies the watch’s alluring custom in-house 3D co-axial flying tourbillon. The dial comes with a multi-layered 3D design that gives it depth and gravitas, and the watch boasts a water-resistance of 100 meters, and a power reserve of 42-hours. 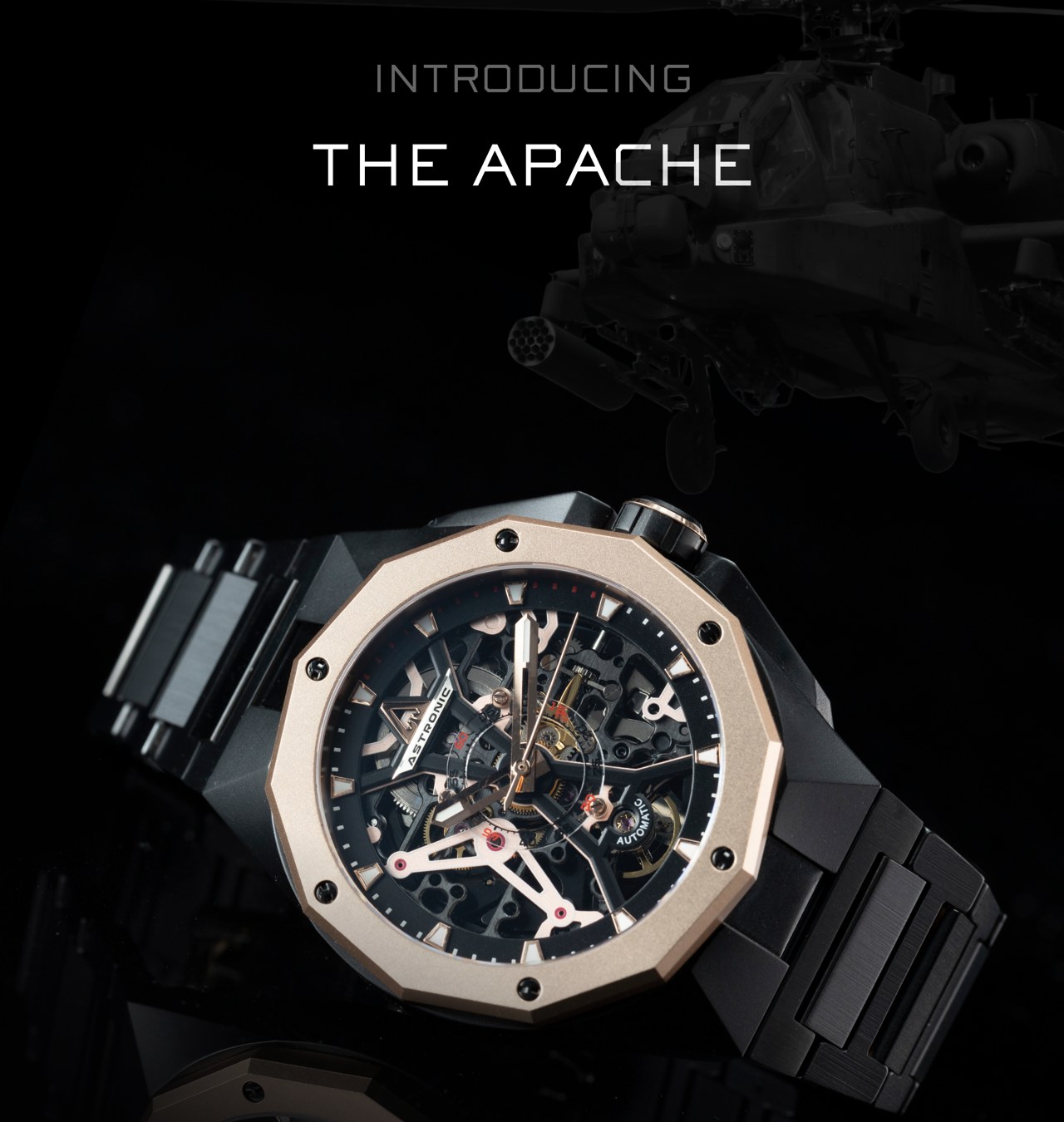 The Apache highlights its stealth-helicopter inspiration with its stunning skeletal watch design. Paying homage to the greatest helicopter known to mankind, the Apache-64, the wristwatch’s see-through skeletal design has a raw, brutish quality to it, while the centrally aligned hands resemble the helicopter’s propellers. The watch matches the Nighthawk with 100m of water resistance and upgrades the power reserve up to an impressive 80 hours. Even though it doesn’t sport the flying tourbillon like the nighthawk, it comes with an internal automatic movement, which winds itself as you move naturally throughout the day, working (at least in theory) forever! 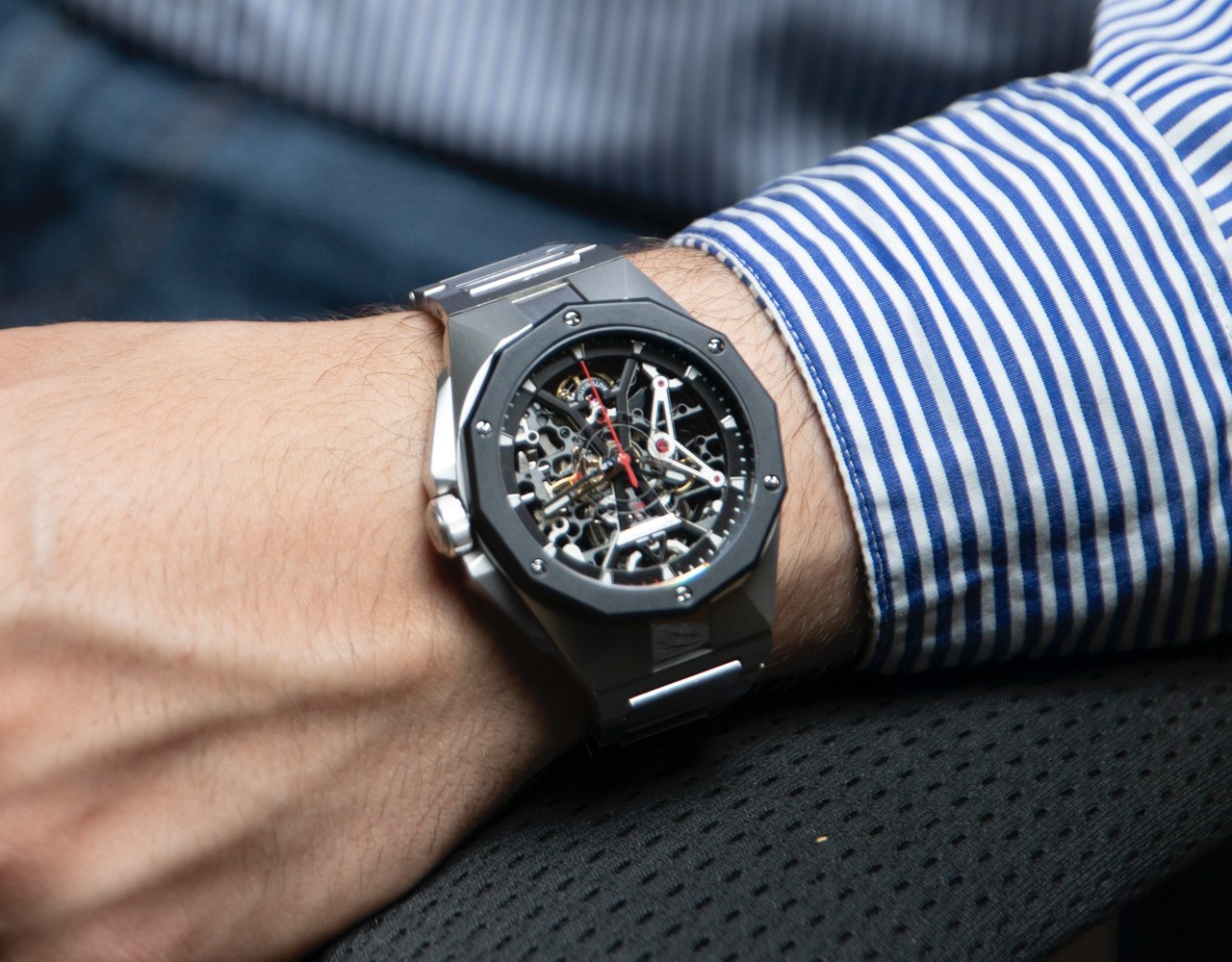 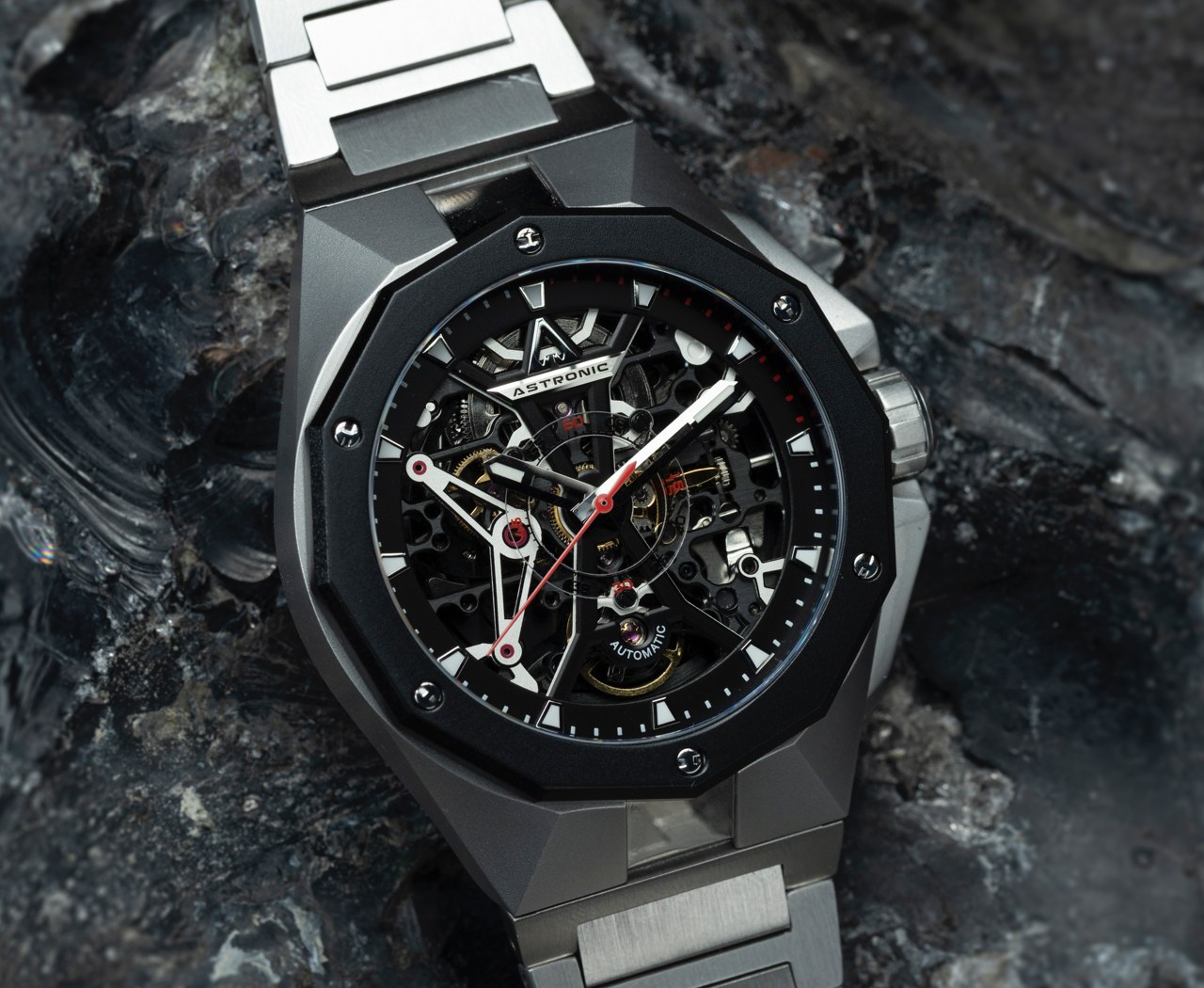 Astronic’s timepieces are backed by 20 years of experience in the Swiss watchmaking industry. Each watch is assembled to sheer perfection, with incredibly complex tourbillons made from as many as 76 different parts, some weighing less than a grain of sand. Both the Nighthawk and Apache come in a variety of color variants to help them either stand out or blend in, including a rather unique-looking wave pattern finish that’s reminiscent of Damascus steel. The leather straps give the watch a classic-yet-edgy appearance, although they’re no match for the stainless steel bracelets that complement the watch’s stealthy steel aesthetic perfectly. Each watch even comes with its own cleaning cloth to keep it spotless, and a 2-year warranty on the timepiece.