While the idea of weight-lifting has been around for as long as humans have, the kettlebell as we know it probably originated in the 1700s in Russia… and its design fundamentally hasn’t changed since then. It started off as a weight with a handle, used by Russian farmers to weigh their grains, and slowly evolved into a fitness product in the 1900s when the Russians screwed handles to cannonballs so they could exercise with them. The modern kettlebell is just a mildly refined version of its cannonball-ancestor, with the same design featuring a spherical weight at the base, and a handle at the top for lifting and swinging – although inventor and sports techie Josh Hume believes this design has an inherent flaw. 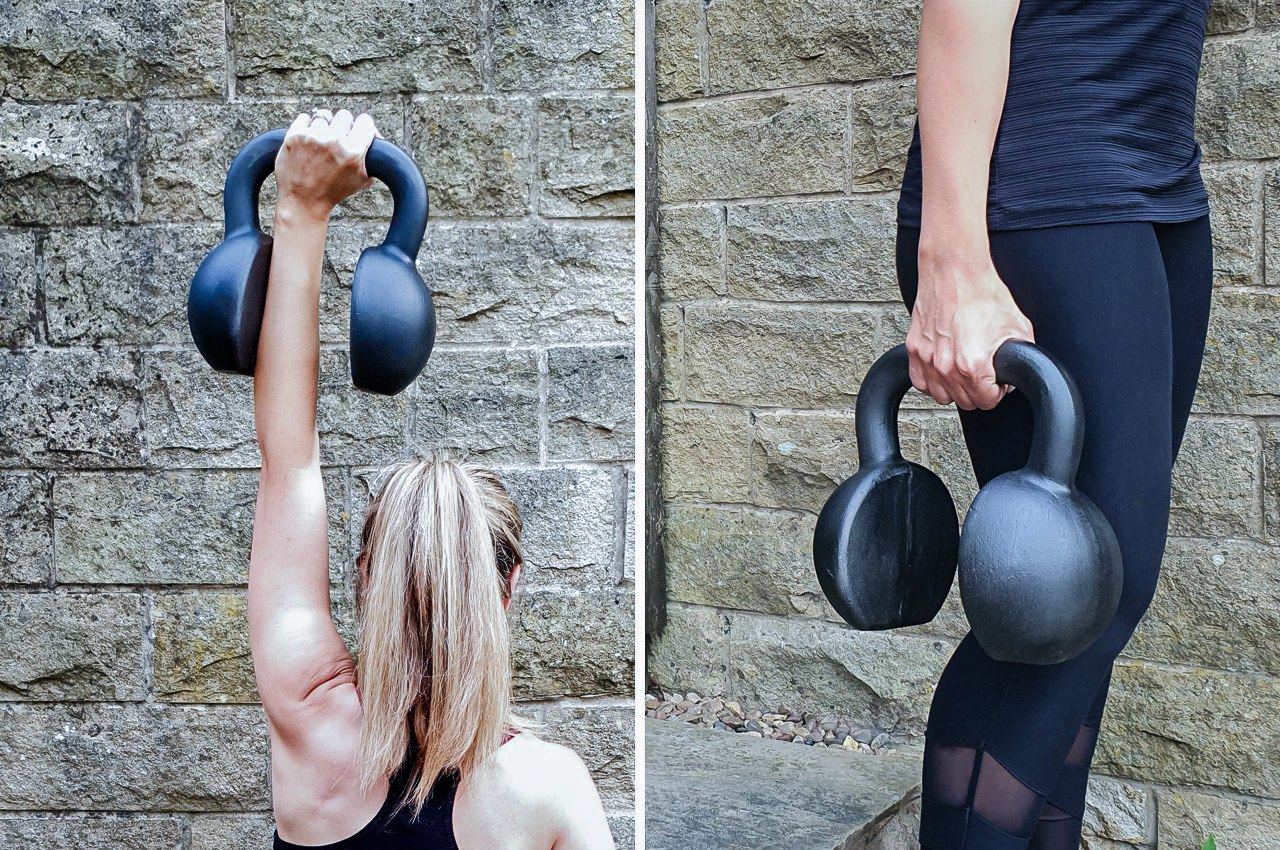 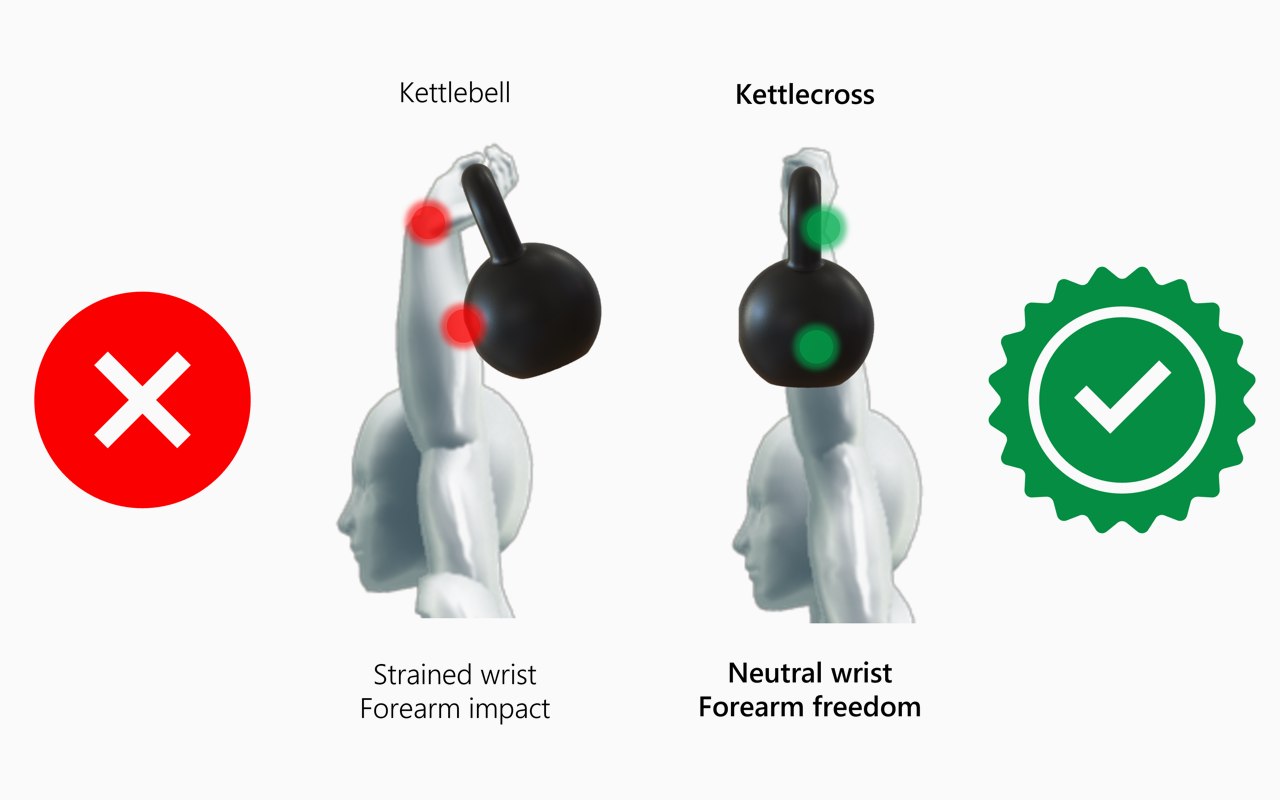 The campaign video above does a much better job of visually explaining what Hume believes is wrong with the kettlebell’s design. When you lift a kettlebell with one hand overhead, it causes your wrist to bend backwards, while the weight itself exerts unnecessary pressure on the muscle tissue in your forearms. Through personal experience and conversations with kettlebell users, Hume recognizes that these two stress points can often cause strain and physical damage to your wrists and forearms (not to mention you stand the risk of busting your wristwatch too)… and his solution is about as simple and clever as you’d expect. Rather than opting for the cannonball-inspired design, Hume decided to just split the weight into two masses, creating an empty space in the middle for your forearm to pass through, allowing your wrist to maintain a neutral position while lifting. Titled the Kettlecross, this patent-pending concept can be used exactly how you’d normally use a kettlebell, except without the risk of physical damage. 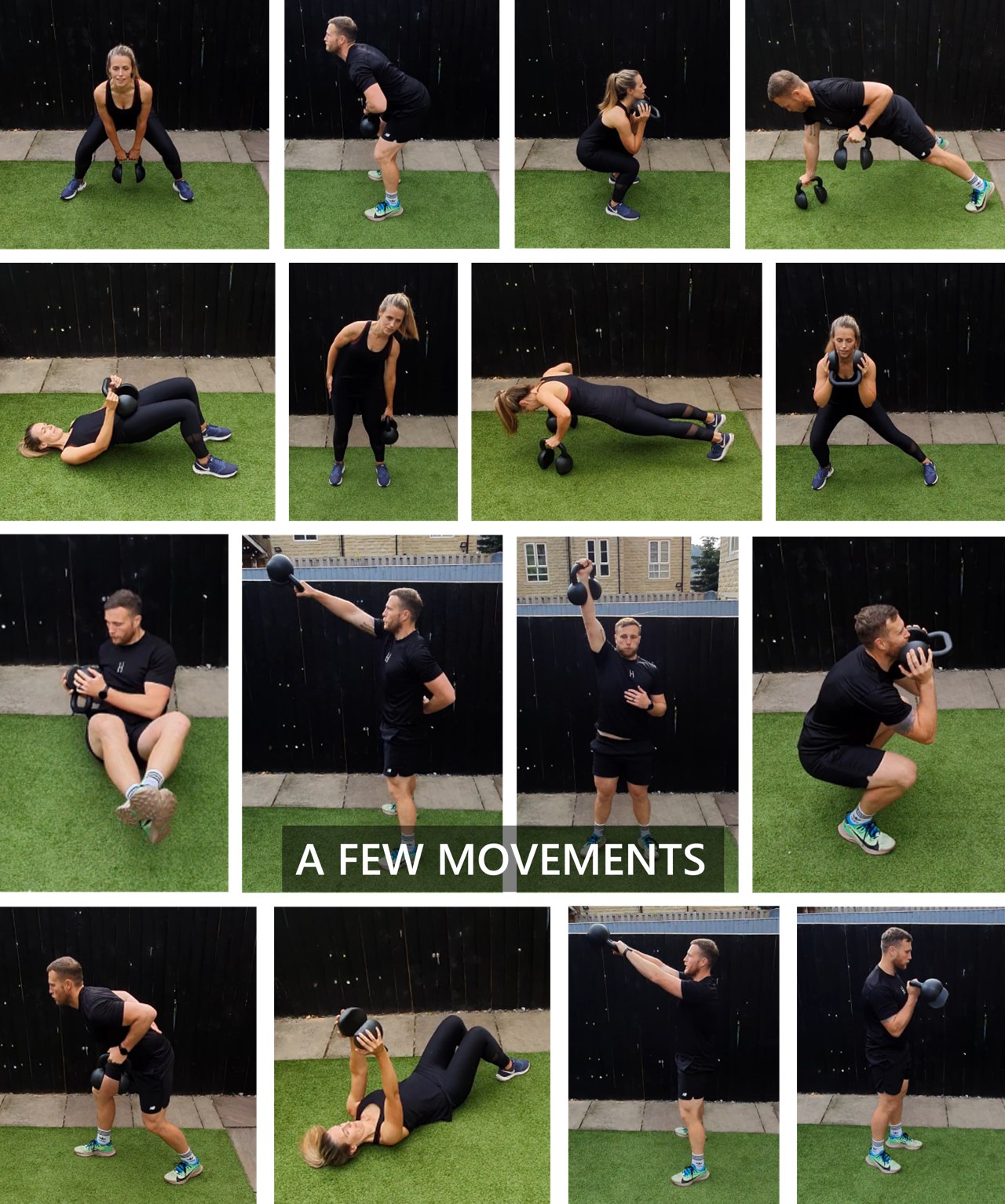 The Kettlecross, which recently debuted on Kickstarter, isn’t Hume’s first walk in the park. He’s had over 15 years of Product Development under his belt, and in 2017, he and his colleague Luke Modeste invented the patented FITT Cube, an all-in-one home gym the size of a small stepping stool. After delivering FITT Cubes to over a thousand backers, Hume decided to focus on another functional fitness solution made famous by Crossfit. 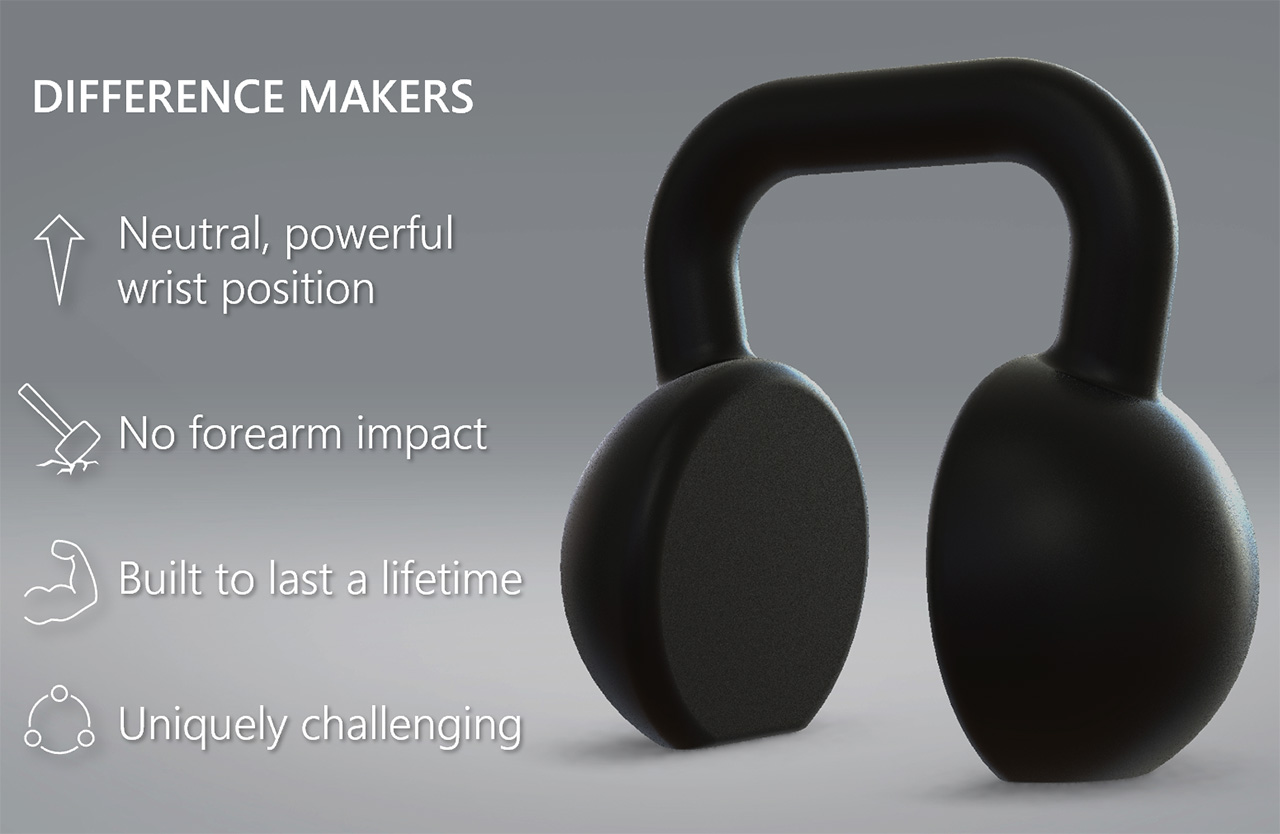 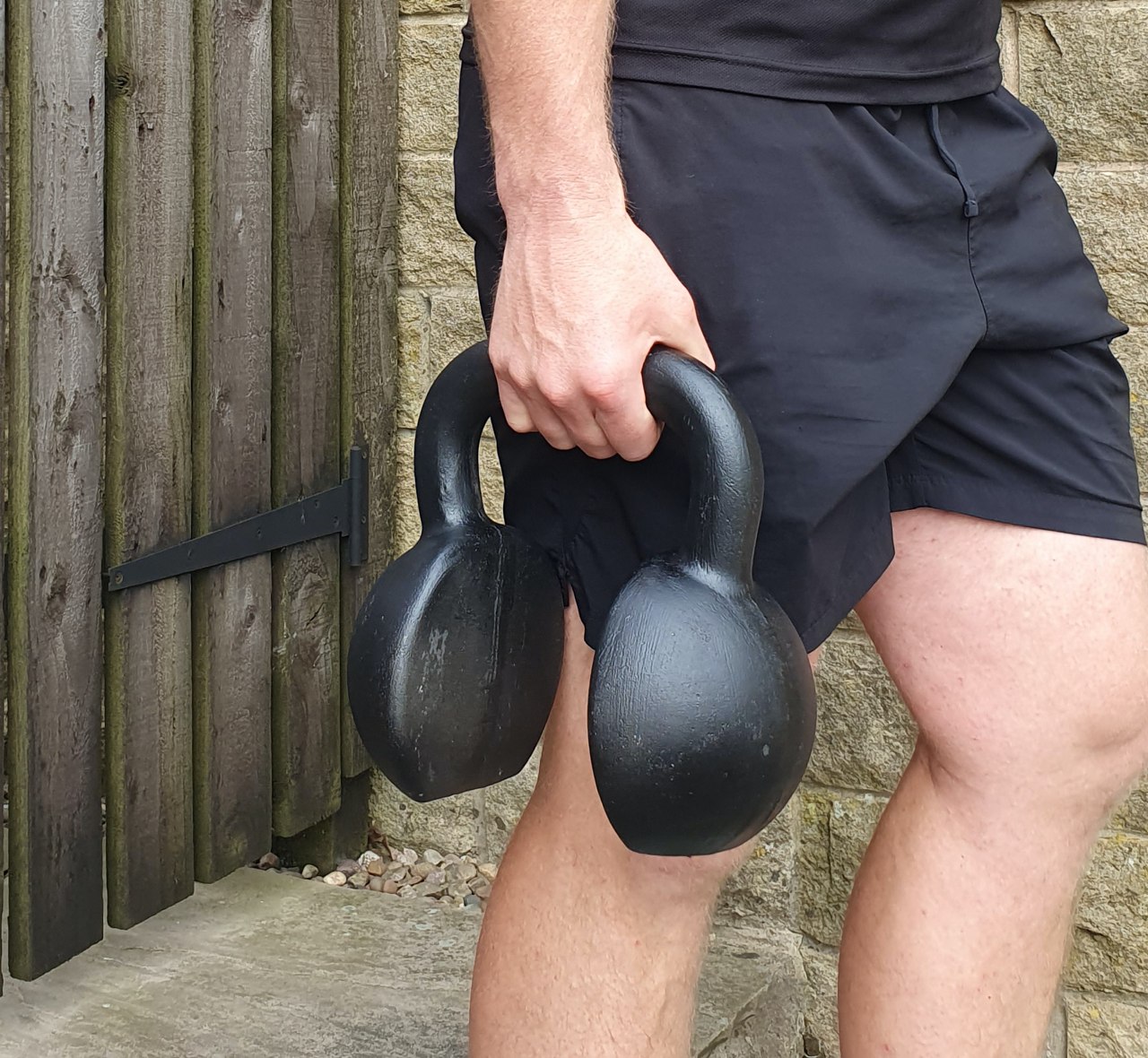 The Kettlecross’ design isn’t groundbreakingly different, but it’s clever enough to make you wonder why nobody ever thought of it before. Designed, developed, and manufactured in the UK, the Kettlecross comes in two sizes – an 8kg and a 12kg, with a larger 16kg variant in the pipeline. The Kettlecross are made using the traditional casting process, with up to 95% of the iron being sourced from scrap automotive parts and steel offcuts. Not only does each Kettlecross utilize recycled metal, but potential customer returns can also be melted down and recycled again too, closing the loop to create a neat circular economy. Depending on the size/weight you choose, the Kettlecross goes for an early-bird price of $55 to $83, and will practically last a lifetime. If the campaign stretch goal of £50,000 is met, it will ship in 4 color variants – Black Charcoal, Ironman Red, Illuminating Yellow, and Ultimate Gray.

Based on the ancient Chinese I Ching philosophy, the Oracle Watch helps you identify the order of chance events by way 64 digital hexagrams. Press…

The Ghost watch earns its namesake for the completely clear material that composes the entire band. The flexible display reads the time in simple, minimal,…

Introducing, Supernova: a 360-degree concrete guitar amp that sounds as good as it looks. The design is crafted from concrete which not only gives it…

Light 4 is an exploratory exercise in trying to understand the iconic nature of objects through their form. Christian Harrup wanted the design to be…