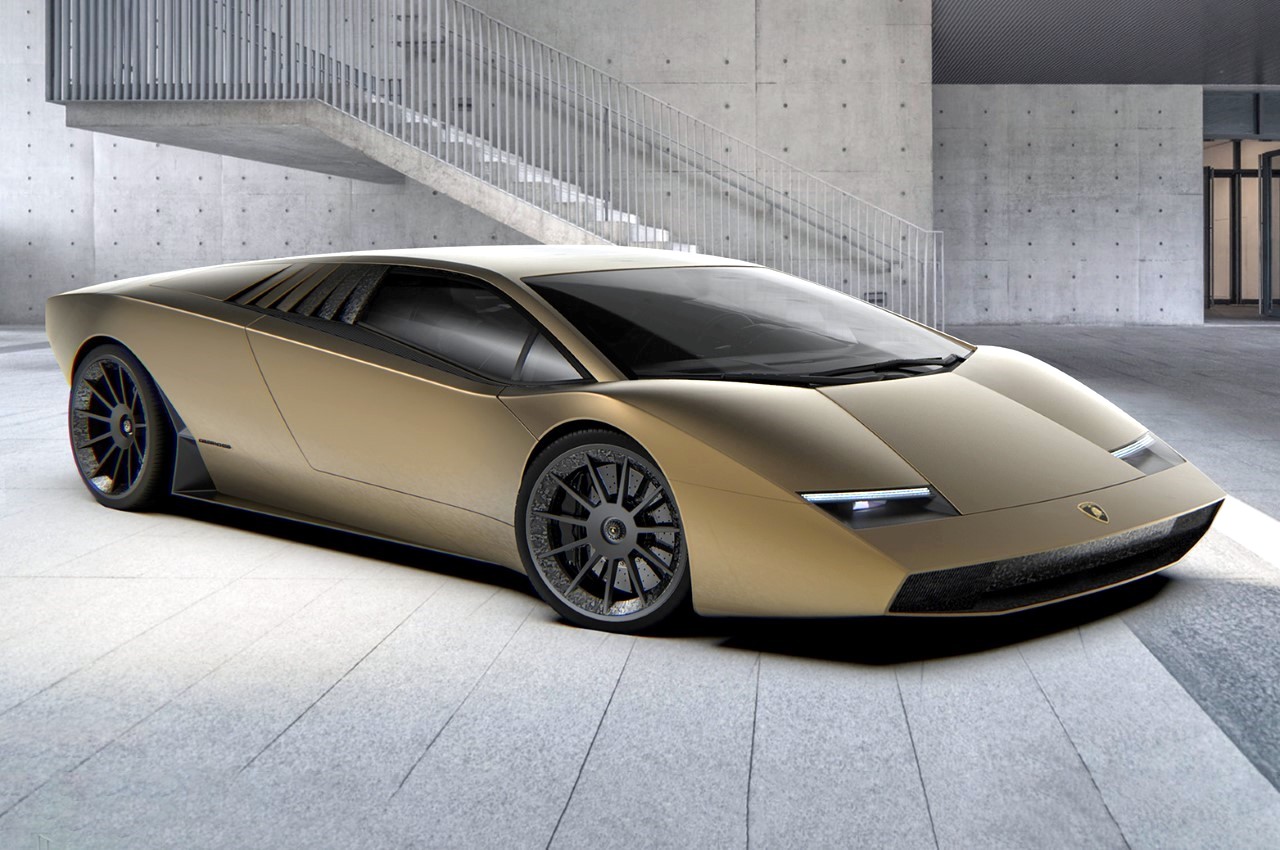 ARC Design Studio has refined an Italian classic, and I’m sure Gandini would be impressed with the result!

Some could argue that the Countach was the car that defined Lamborghini‘s future. Unveiled in the early 70s, the radical design was the handiwork of Marcello Gandini of Bertone, following the commercial success of the Miura. However, the Countach was nothing like its predecessor. It had that wedge-shaped angular design that became Lamborghini’s brand DNA and a signature element in all their cars moving forward. The designers at ARC Design gave the nearly 50-year old Countach a modern facelift by retaining its futuristic design while simplifying the surfaces and making it even more of an icon. The resulting Countach 50 Concept looks like its original but on Botox. The surfaces are smoother, the edges sharper, the parting lines slimmer, and headlights and taillights… well, they’re arguably the same, but also a lot more modern. 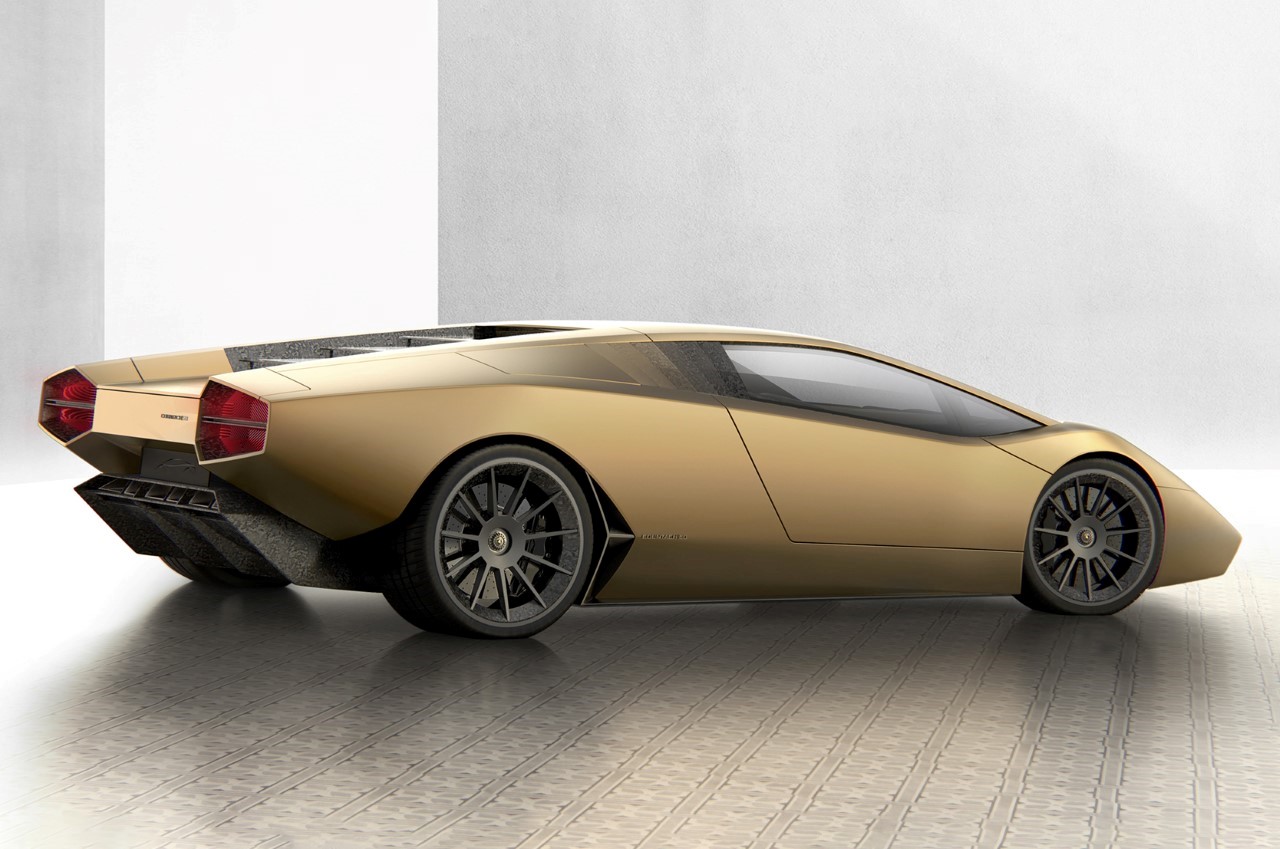 They say a design becomes more realistic as it goes from sketch to prototype. Parting lines come in, tolerances increase the gaps between different components, proportions change, basically, the real-world constraints add their ‘imperfections’ to the design. ARC Design’s Countach 50 looks exactly like that perfect automotive sketch Gandini would have made back in the 60-70s. Its silhouette is just incredibly well-balanced, and that contour line running along the side couldn’t be more perfect. The car comes in a matte gold paint job that enhances the minimalist design – because you don’t get distracted by all the reflections on the flat surfaces – and it also sort of pays a tribute to the bronze paint-job on the Lancia Stratos Zero, the Countach’s spiritual ancestor. 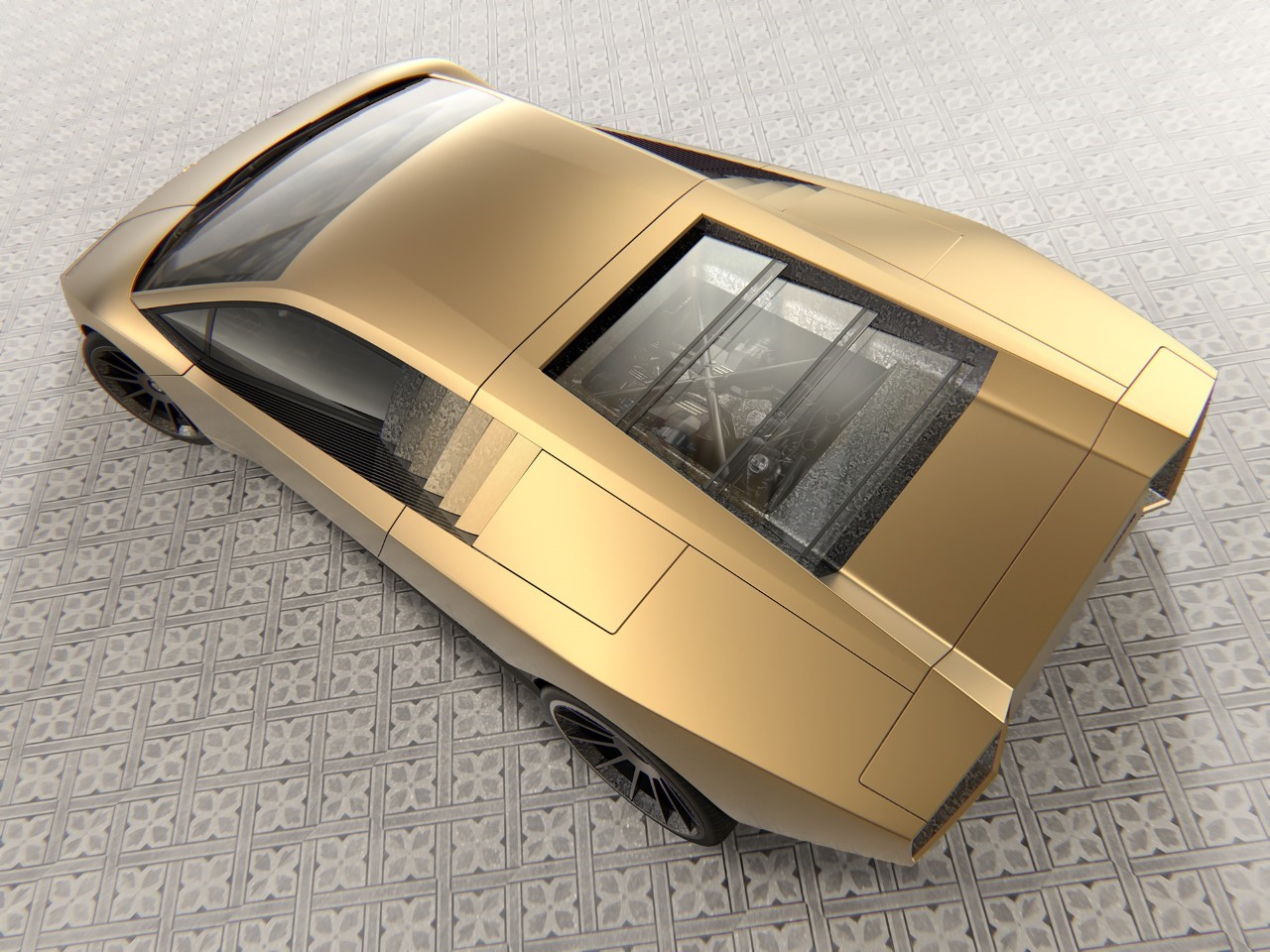 The transparent vents on the rear give a peek into the car’s internals, showcasing its engine, while the taillights are an absolute exercise in design minimalism 101. They retain the original Countach’s familiar hexagonal shape, but instead come with edge-lit light strips in the signature Y-shaped pattern. The front ditches the familiar pop-up headlights for a minimalist feel, capitalizing on the narrow strip on the front, with edge-lit indicators on the top. 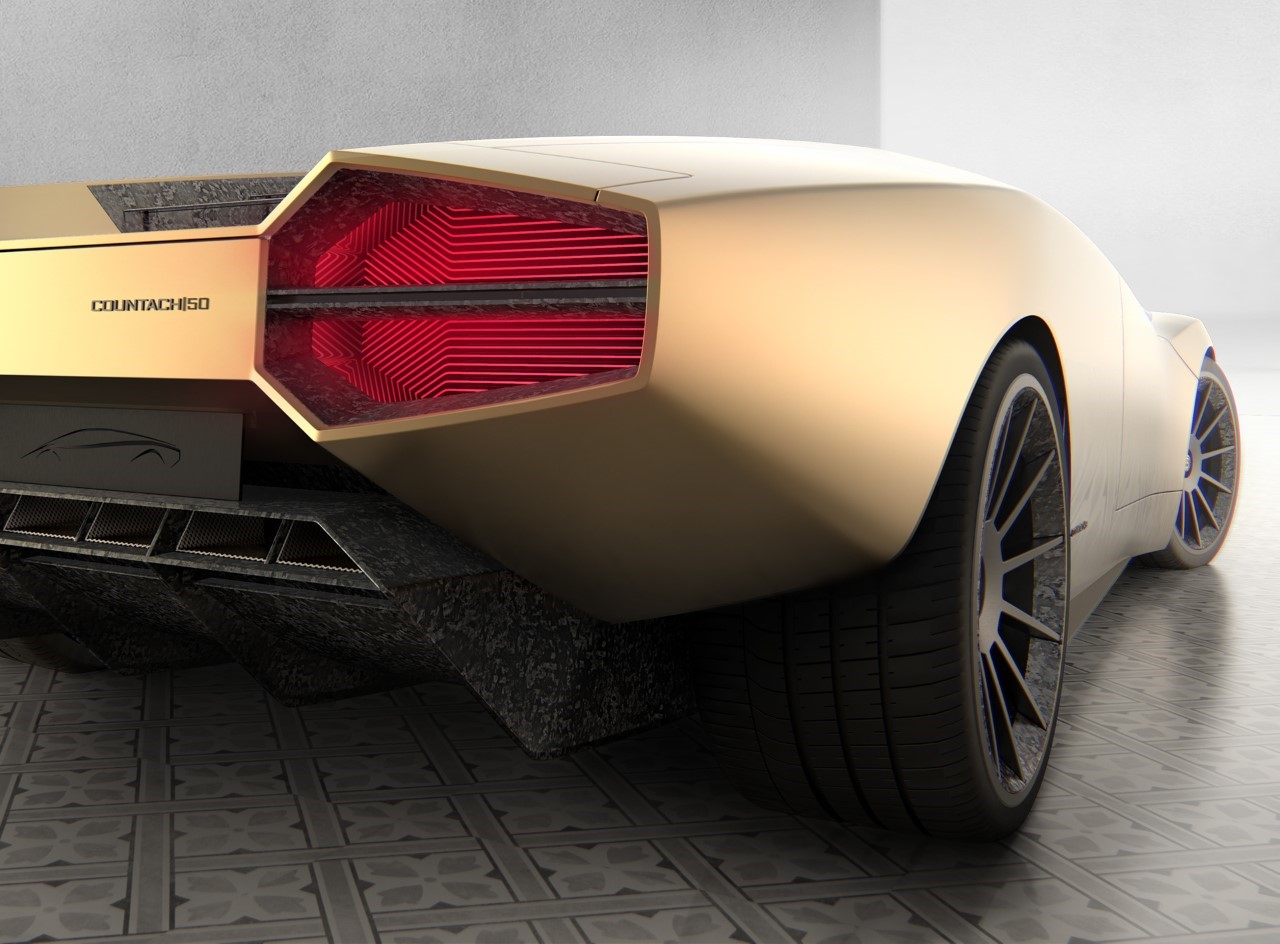 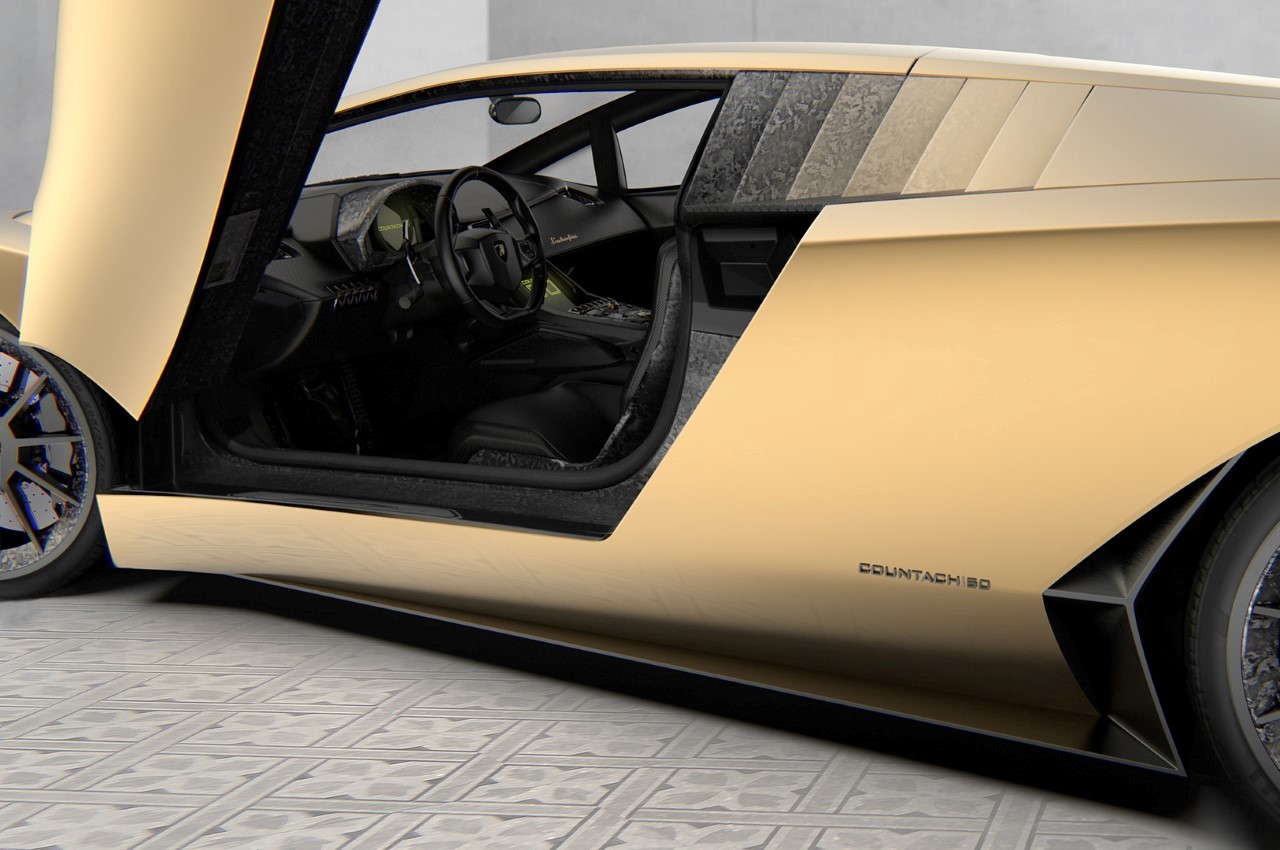 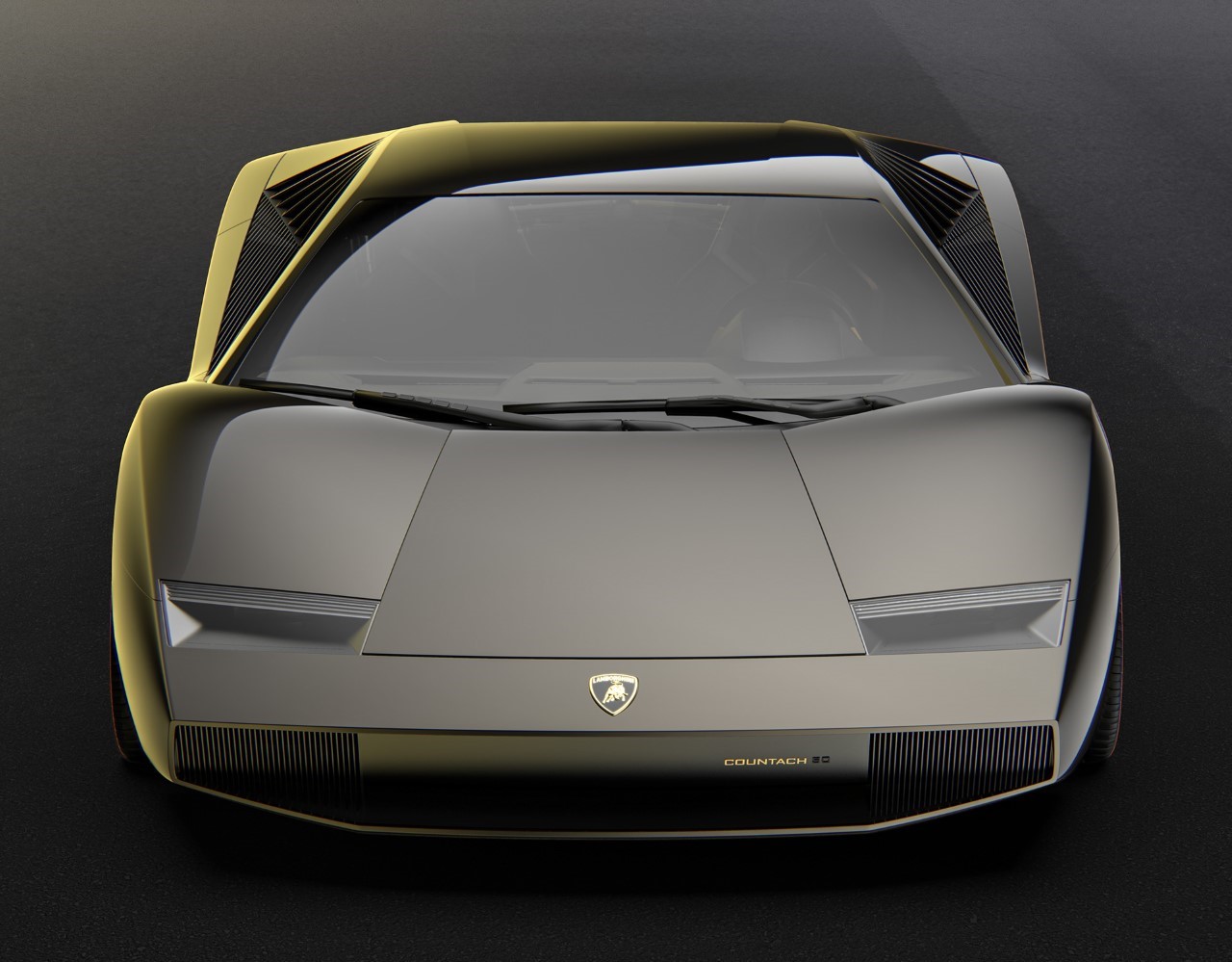 ARC Design’s Countach 50 is unmistakable in its appearance. It doesn’t take more than a glance to recognize the familiar shape and form of one of Lamborghini’s most famous cars, even when it’s not in its familiar red color. However, you notice something different. It feels a lot cleaner, more refined, polished. 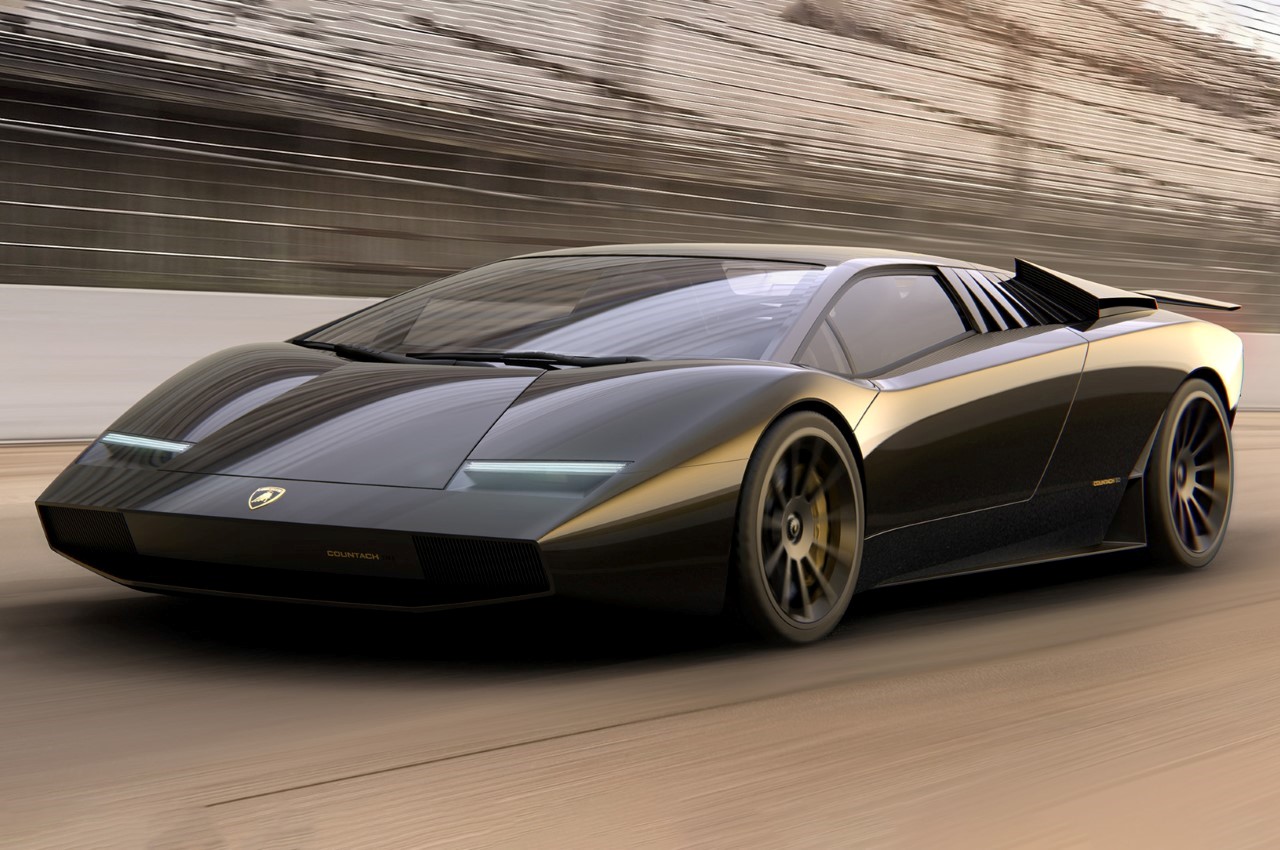 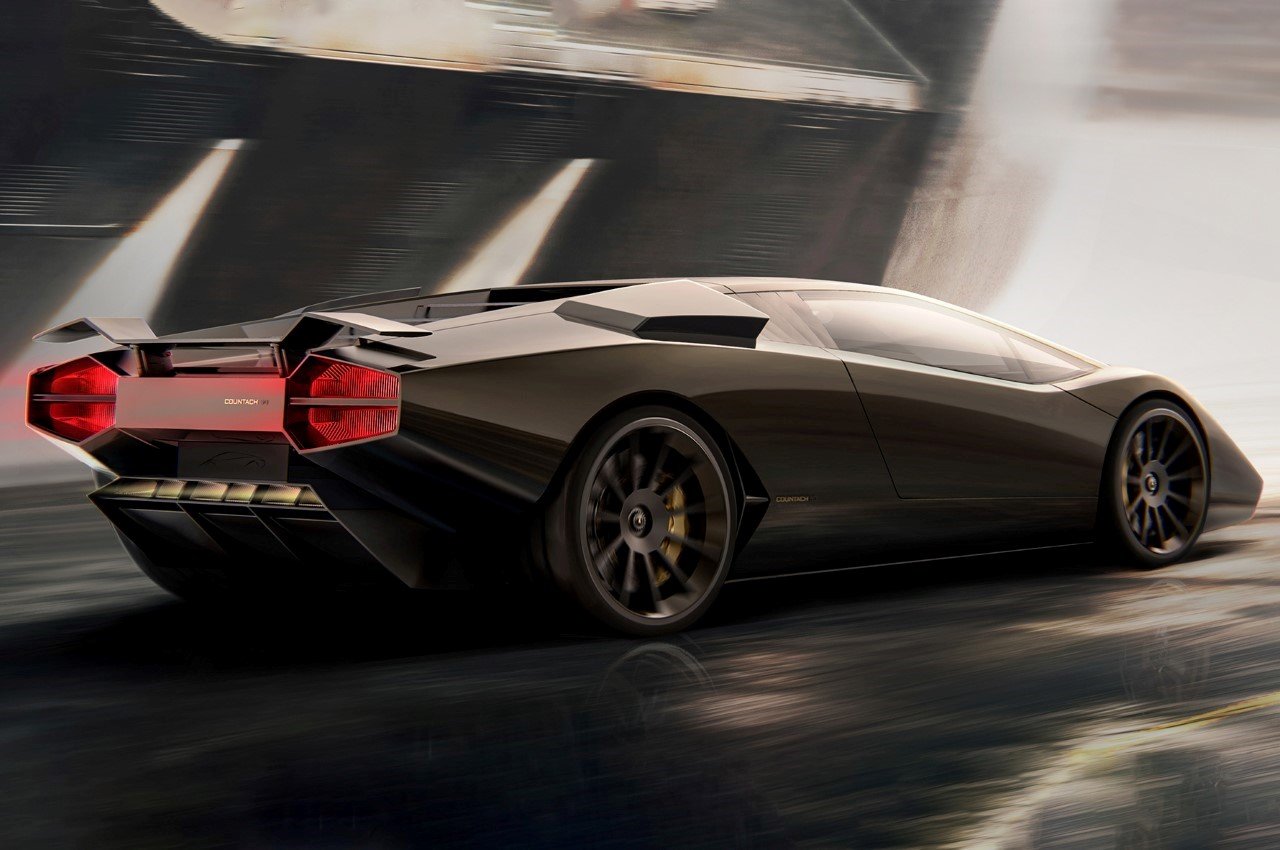 Although the Countach 50 upgrades certain aspects of the design, it retains a few favorites too, like the scissor doors, and the vents on the side that pop out when the car’s driving and sit flush against the surface when parked. The interiors use an all-leather design too, from the seats to the dashboard, and even the insides of the doors. There is, however, a significant upgrade in the central interface, which sports a massive display and the palpable lack of a stick-shift. 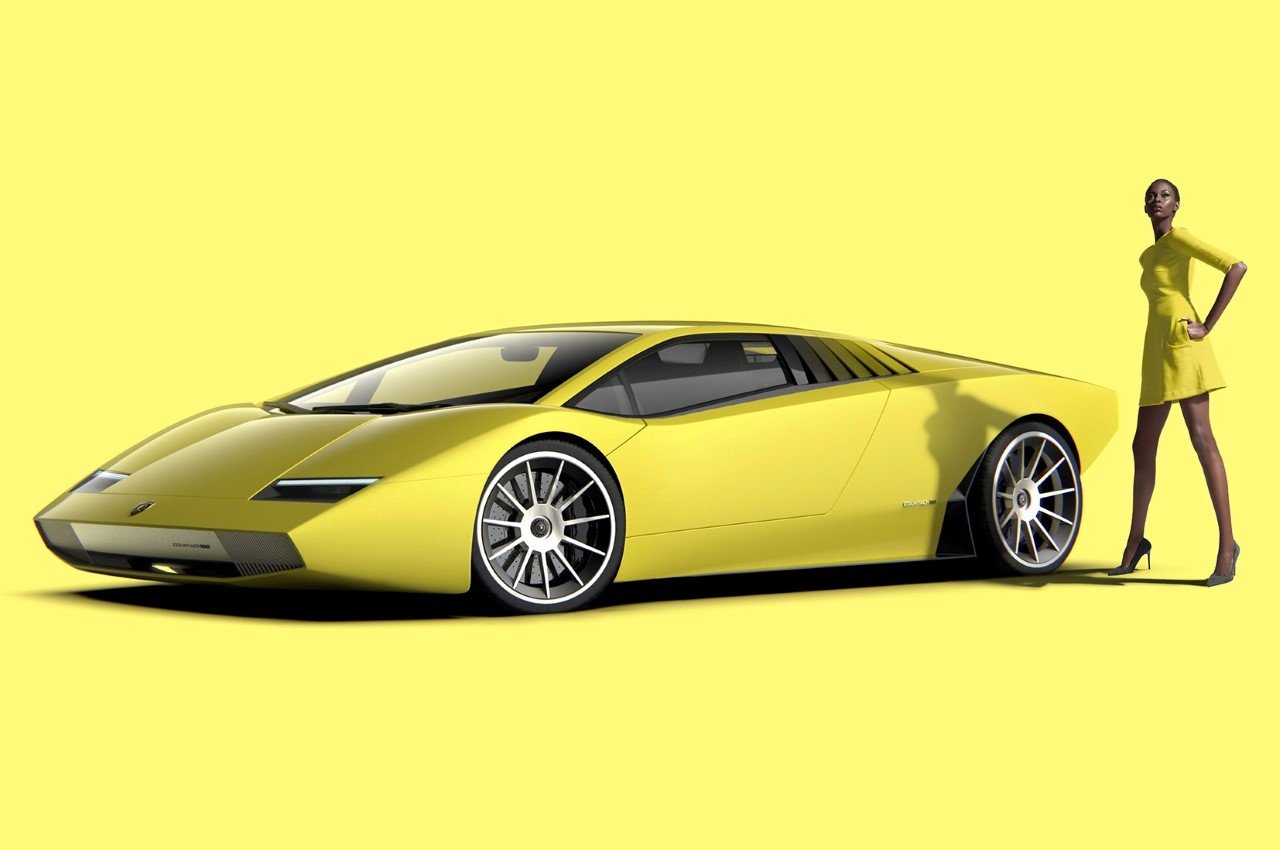 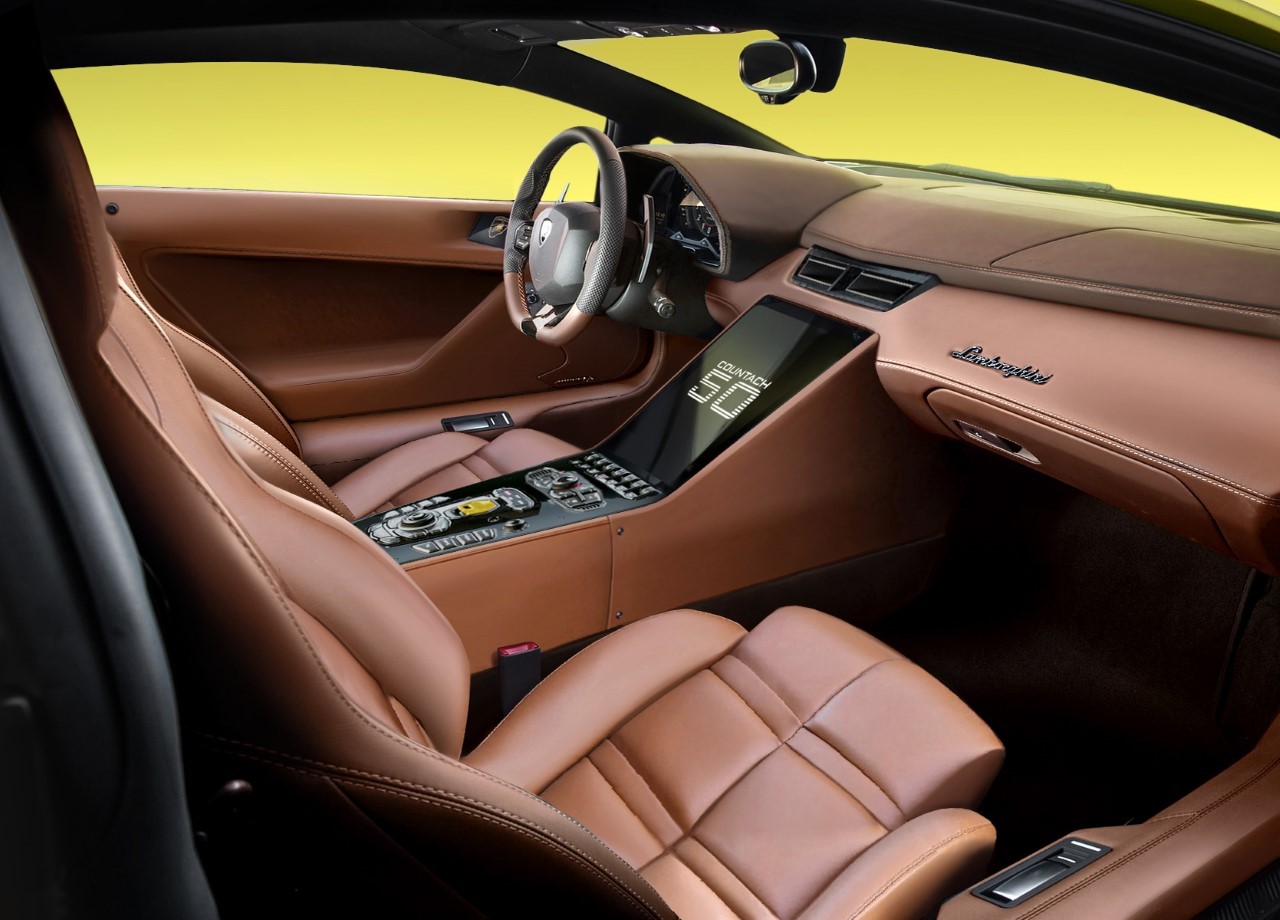 The Countach 50 is a fan-made concept. ARC Design isn’t affiliated with Lamborghini. The use of the Lamborghini logo is purely for representative purposes.

Designed for the urban commuter, the Occam Cycle makes it possible to transition between public transportation and riding in a cinch! Similar to a full-size…

I Want To Be A Foreman

The lifestyle of a construction foreman never appealed to be because it’s not glamorous enough. We are talking about me here. I’m about as reserved…