It looks like equal parts Iron Man and the Winter Soldier, and it makes really cool whirring and clicking noises too!

Most people look to 2019 with a certain fondness and nostalgia, but the year proved quite difficult for Ian Davis. Not only did he lose 4 of his fingers in a freak workshop accident, but he was also diagnosed with Multiple Myeloma, an aggressive type of cancer. To add figurative salt to his wounds, Davis found out his medical insurance didn’t cover costs for a prosthetic hand because ‘he only lost his fingers and not his entire hand’. Determined not to be shaken by this strange detour life forced him to take, and also empowered by his sheer willpower to keep creating, Davis decided to build a prosthetic of his own. 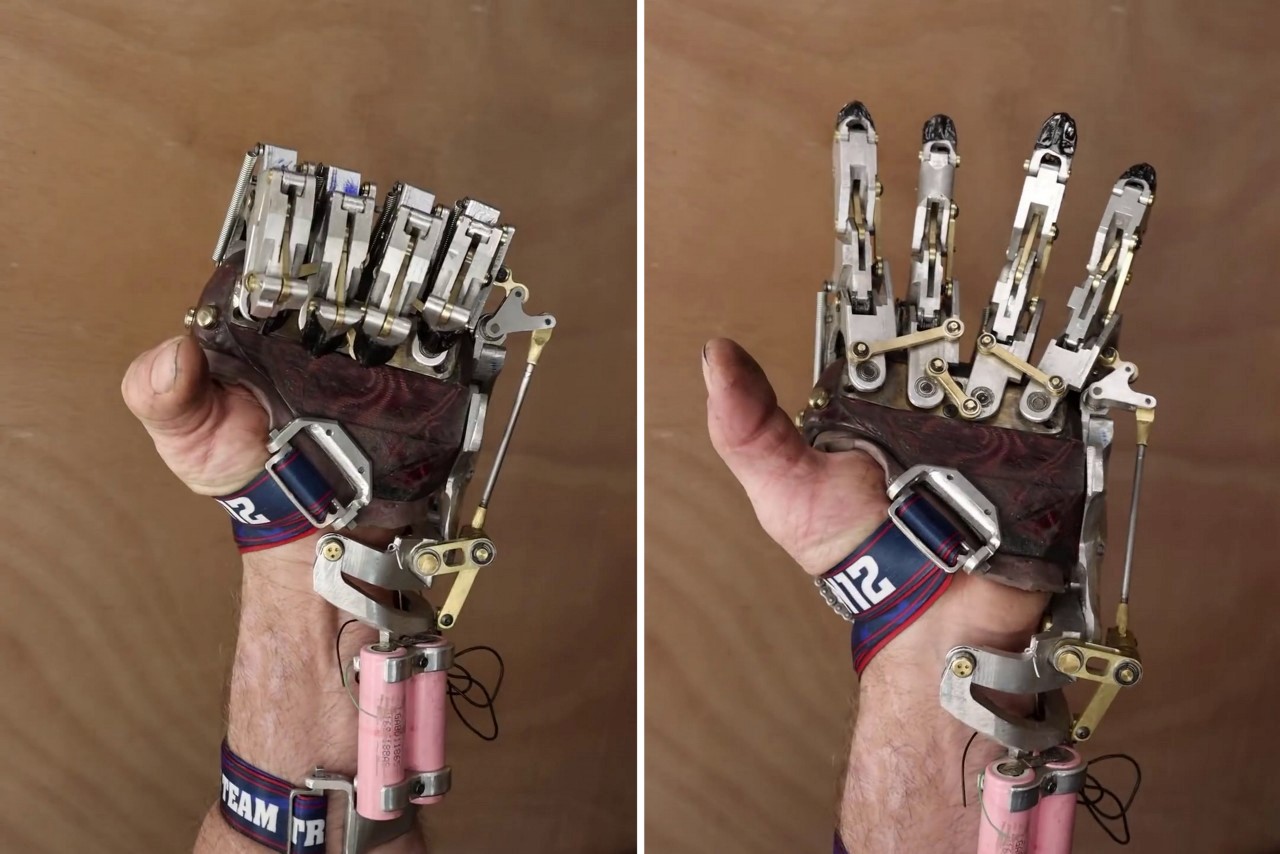 Relying on his professional knowledge as a mechanical engineer, and taking to 3D printing, Ian embarked on a journey to rebuild his hand and his life. “Being a maker, it was a tough deal,” Ian said as he had to use his hand for everything. Davis even documented the entire process on his YouTube channel through a series of videos that show assemblies, versions, updates, and upgrades. In his latest upgrade, Davis demonstrates the prosthetic’s ability to splay (or spread out) the mechanical fingers… something he says is very rare, if not entirely absent, in commercial prosthetics. The fact that the entire prosthetic limb is engineered from scratch gave Davis the ability to repair and augment his creation, something he wouldn’t be able to do with complex, commercially manufactured prosthetic limbs… especially given America’s strict laws against the “Right To Repair”.

What’s really noteworthy about Davis’ creation is that it’s entirely mechanical and doesn’t rely on electronic components, software, and batteries. In a Reddit thread, he mentions that the mechanical hand has many obvious benefits over an electronic one. For starters, it doesn’t need charging (and conversely never runs out of charge either), but it’s also MUCH faster than electronic limbs. It takes an average of 0.2 seconds to open or close the fist, as opposed to electronic prosthetics that can take 10 times longer. Let’s also state the fairly obvious in that it even looks absolutely INSANE, with the steampunk metal digits and the tiny #15 industrial chain running through them… as well as the whirring and clicking sounds they make as they move. 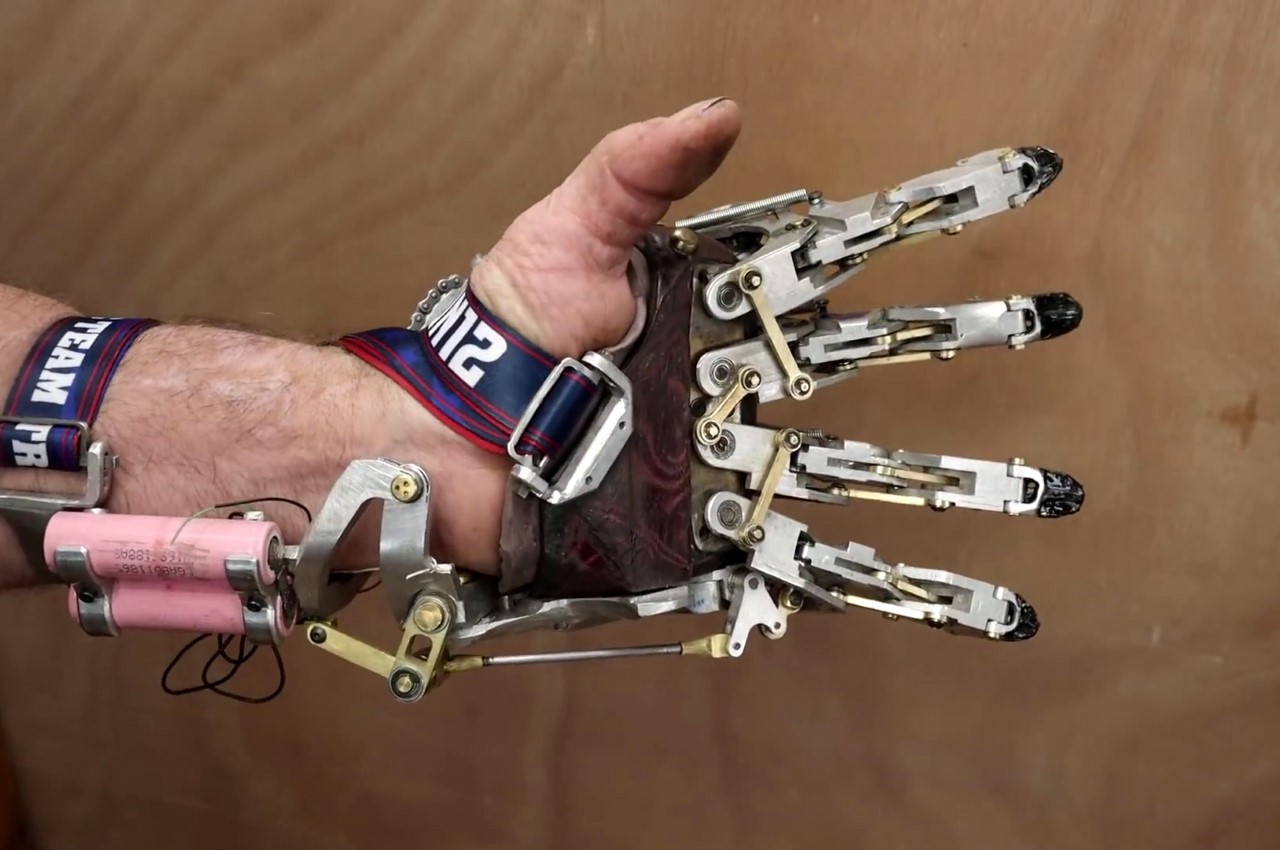 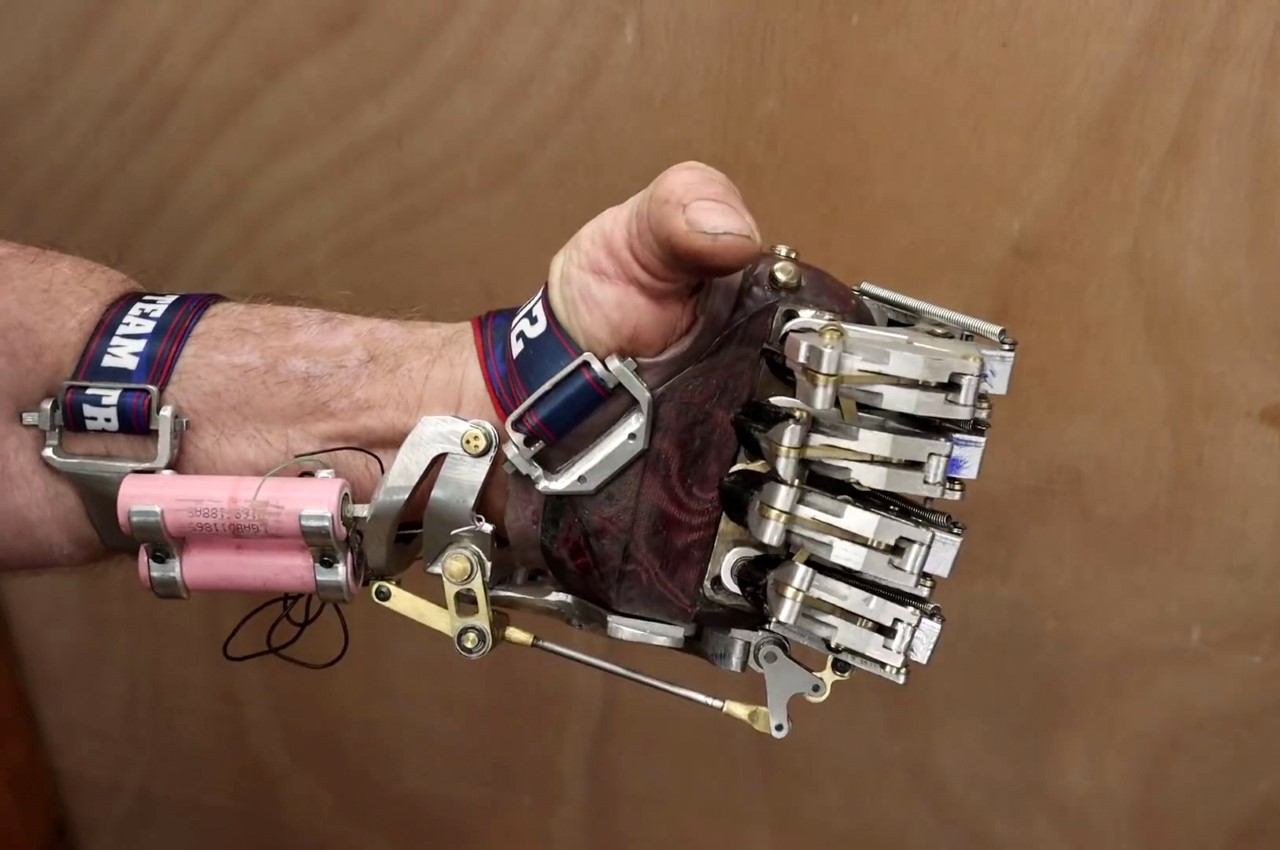 It’s a relentless process of trial, error, and improvement for Ian Davis. He started working on the concept back in July of 2019, and slowly and surely built new features into his hand to make it better, with the latest addition being the splaying function. Moving forward, Ian also plans to implement an Arduino with a display to gain individual control of the fingers and some servo motors to advance the design.

“My end goal is to get picked up by one of the major prosthetic manufacturers and design hands for them in their R&D department, creating real-world solutions for partial hand amputees. Durable products that you can take to work and actually get jobs done with. Allowing people to get back to their lives, doing things that they loved before the time of their life-changing accidents”, Ian says. 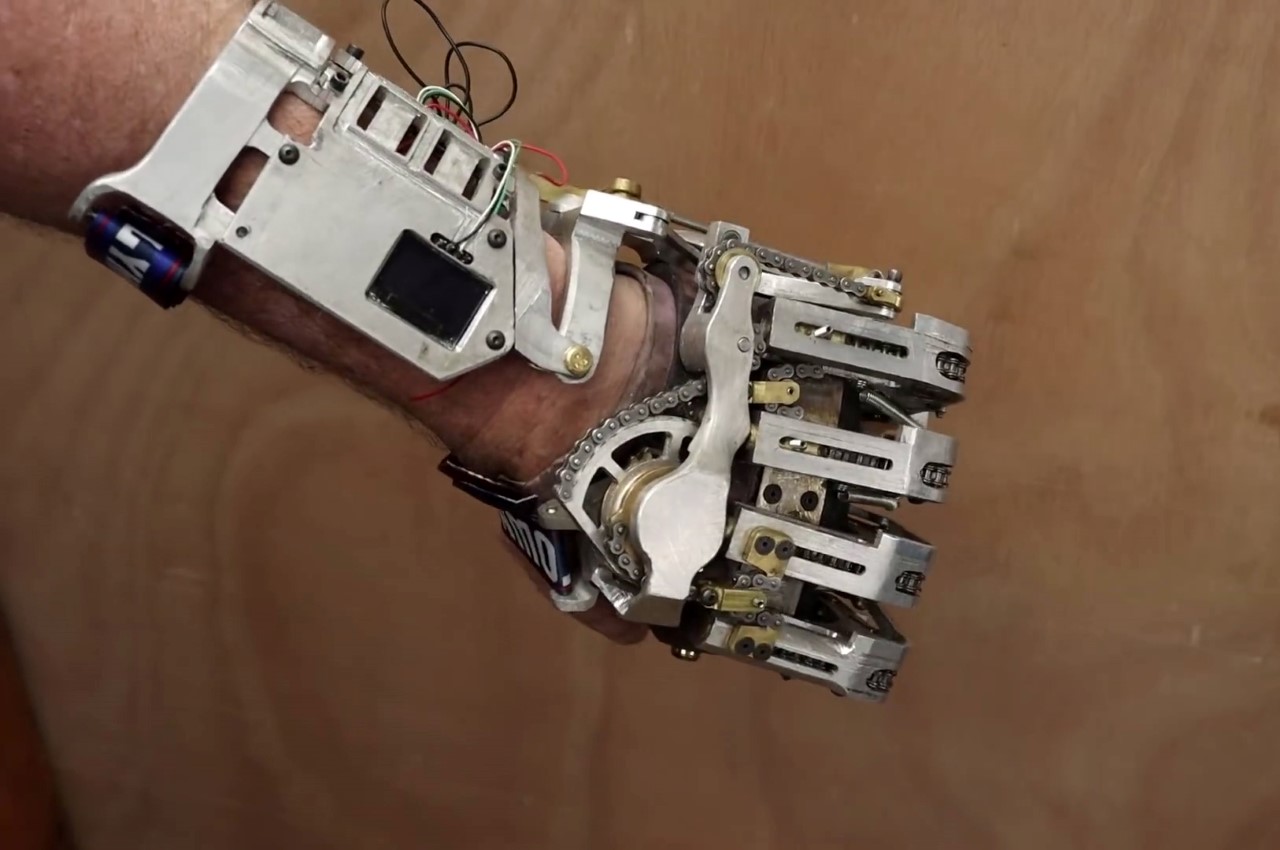 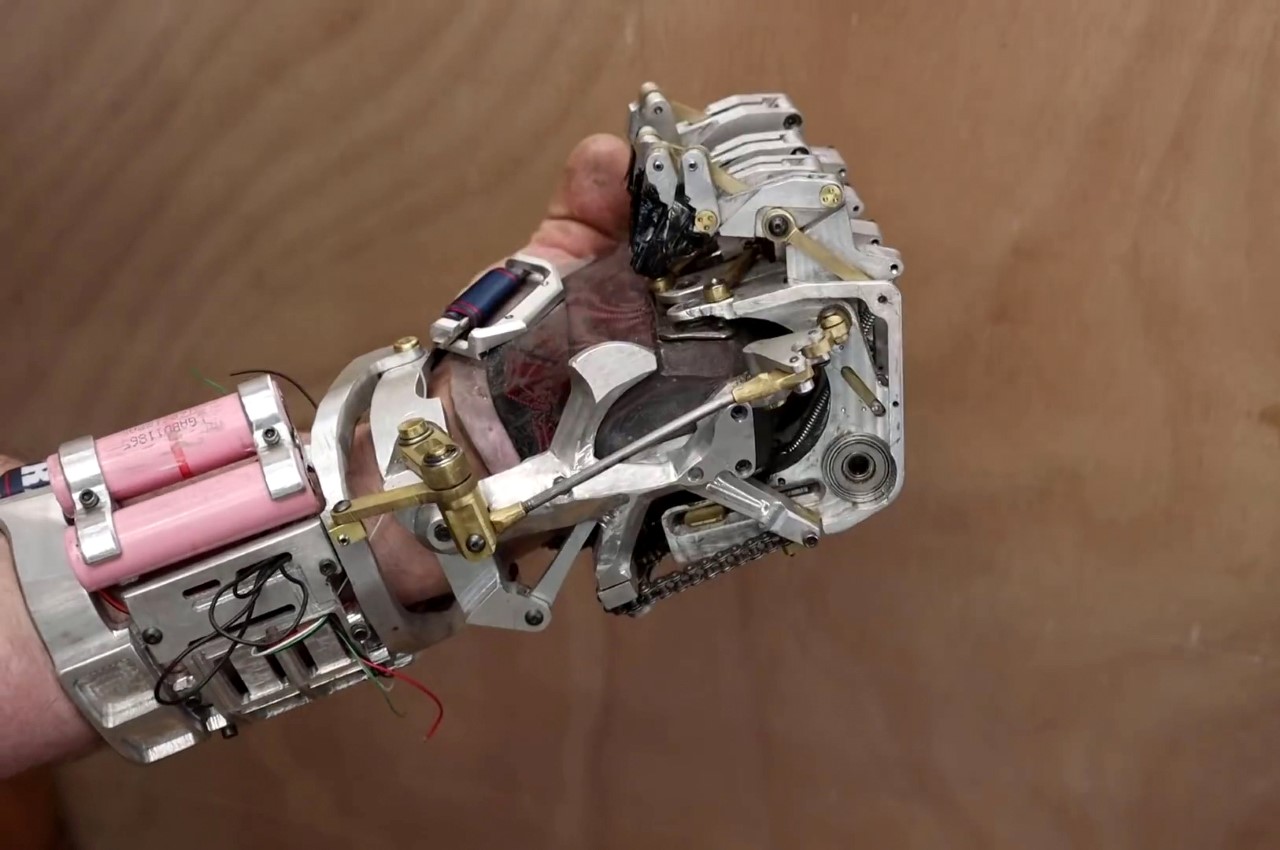 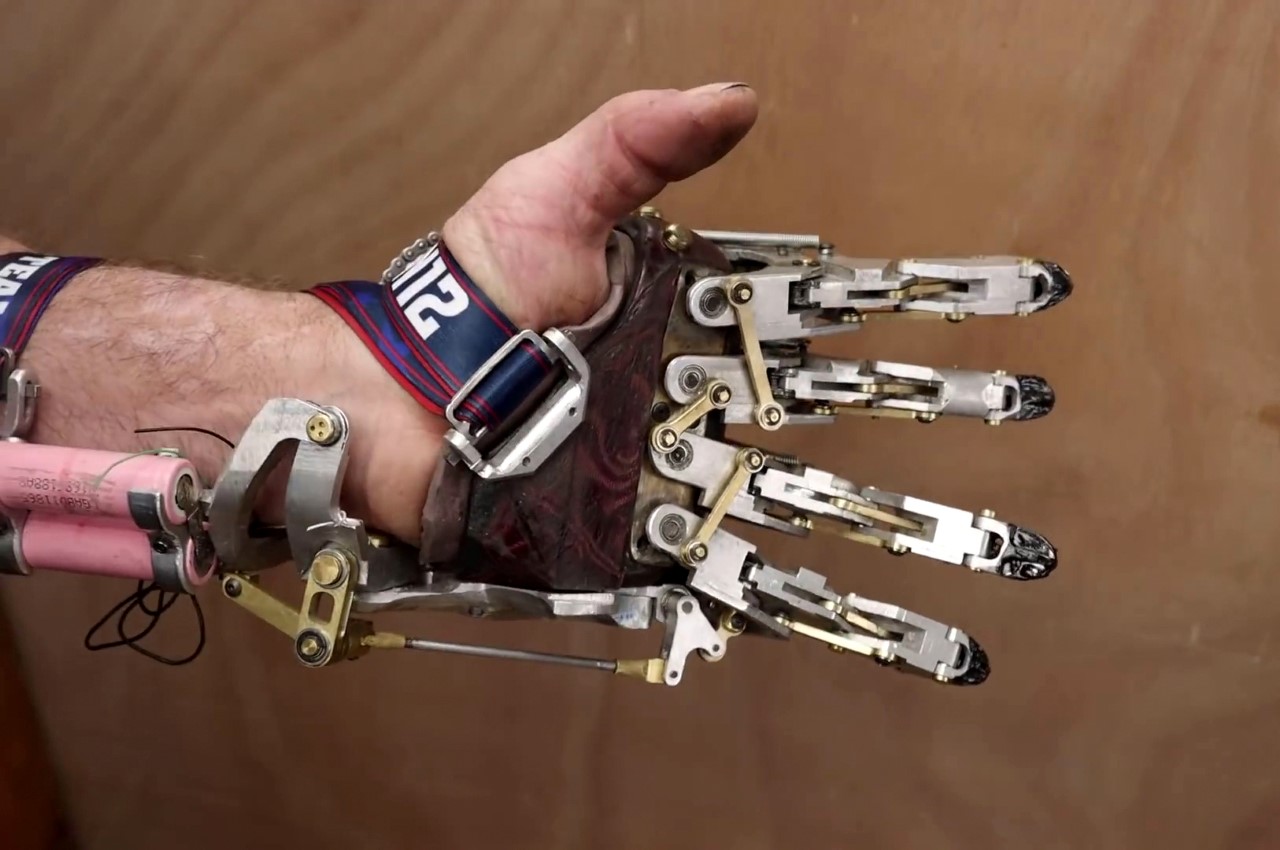 For when Disabled Folks want to Consolidate!

For the disabled person, or the person who’s name is Homer Simpson, certain solutions for everyday living are lacking. In a home that has stairs…

Blade or Skate in One

Who doesn’t remember that awkward transition from roller-SKATE to roller-BLADE? For some of us, it was the other way around and we still haven’t mastered…

Music Making + Sharing for All

Designed for hearing impaired individuals in mind, the Dropin system aims to provide an all-new music making and sharing system for everyone to enjoy. It…

This ingenious bike sharing system, designed specifically for the city of Seoul, focuses on the problem of parking capacity in the urban environment where limited…