I haven’t worn a bracelet since the Livestrong craze of 2004. You see, the bracelet isn’t just some random piece of jewelry – it needs to have a purpose… like a watch does. A watch tells time, a bracelet tells a story. In 2004, the Livestrong bracelets told a story of a world uniting in support of cancer survivors… the story’s a little different today – the bracelets of today are either bordering on jewelry, astrology, or something studded a goth or hell’s angel would wear. In short, they tell rather niche stories, not the popular ones.

Award-winning designer and host of my favorite TED Talk video, Jinsop Lee felt the same way about the bracelets of today. There’s a watch out there for everyone, however, there was a pretty visible gap when it came to men’s accessories – bracelets in particular. Co-founding Ad Antic to create more versatile and universal men’s jewelry, Lee designed a bracelet that embodied the storytelling narrative of the quintessential automotive lover. As a car enthusiast himself, the design became a passion project that resulted in The Counter – a bracelet that a trueblue car-lover would proudly want to wear on their wrist. 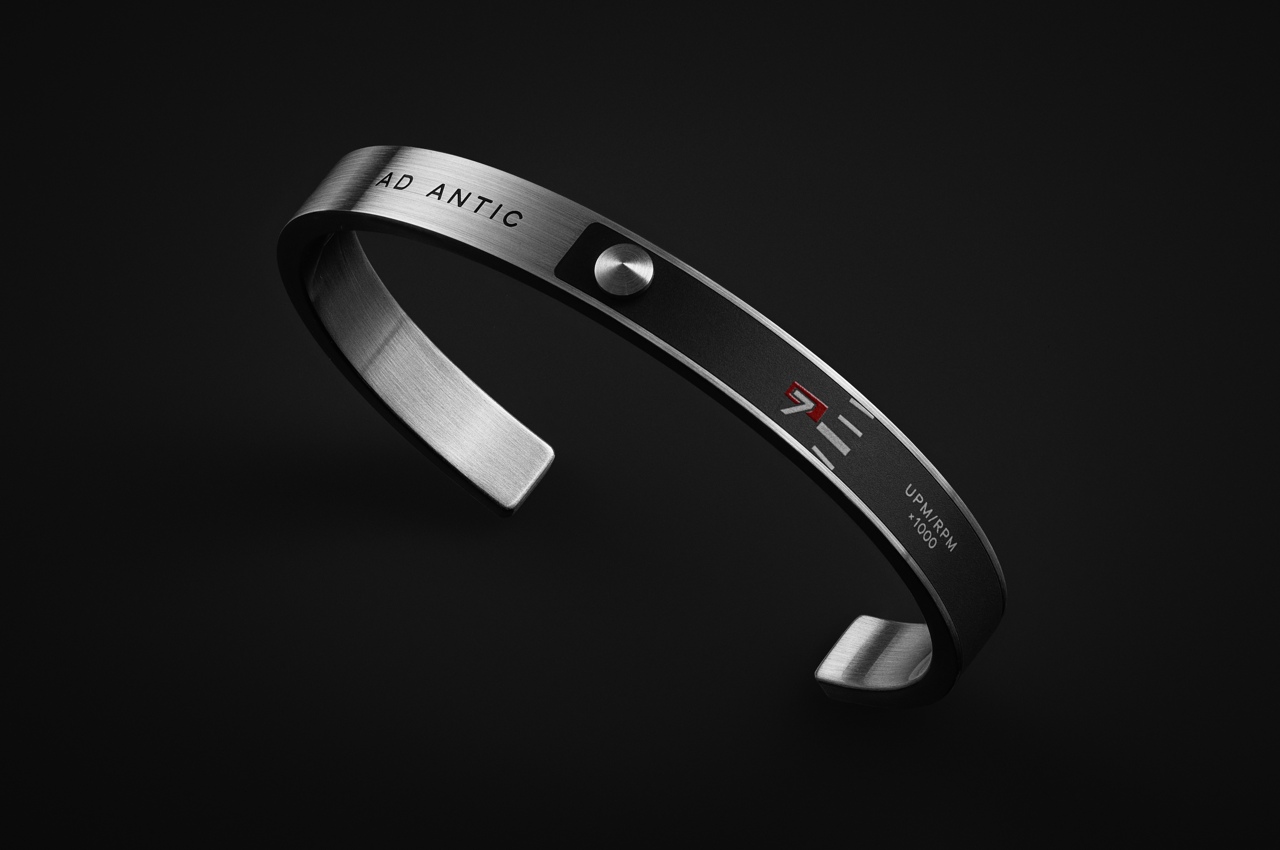 “From Porsches to Hondas, Alfas to Jeeps, our goal was to reference these iconic cars in the form of a bracelet. And while there have been other attempts at car-inspired accessories we wanted to be the first to do this well. The final design takes the best elements from iconic cars, including a component that is crucial to the driving experience: the tachometer”, said the guys at Ad Antic. The Counter was named as a tribute to the ‘rev counter’ on car dashboards. 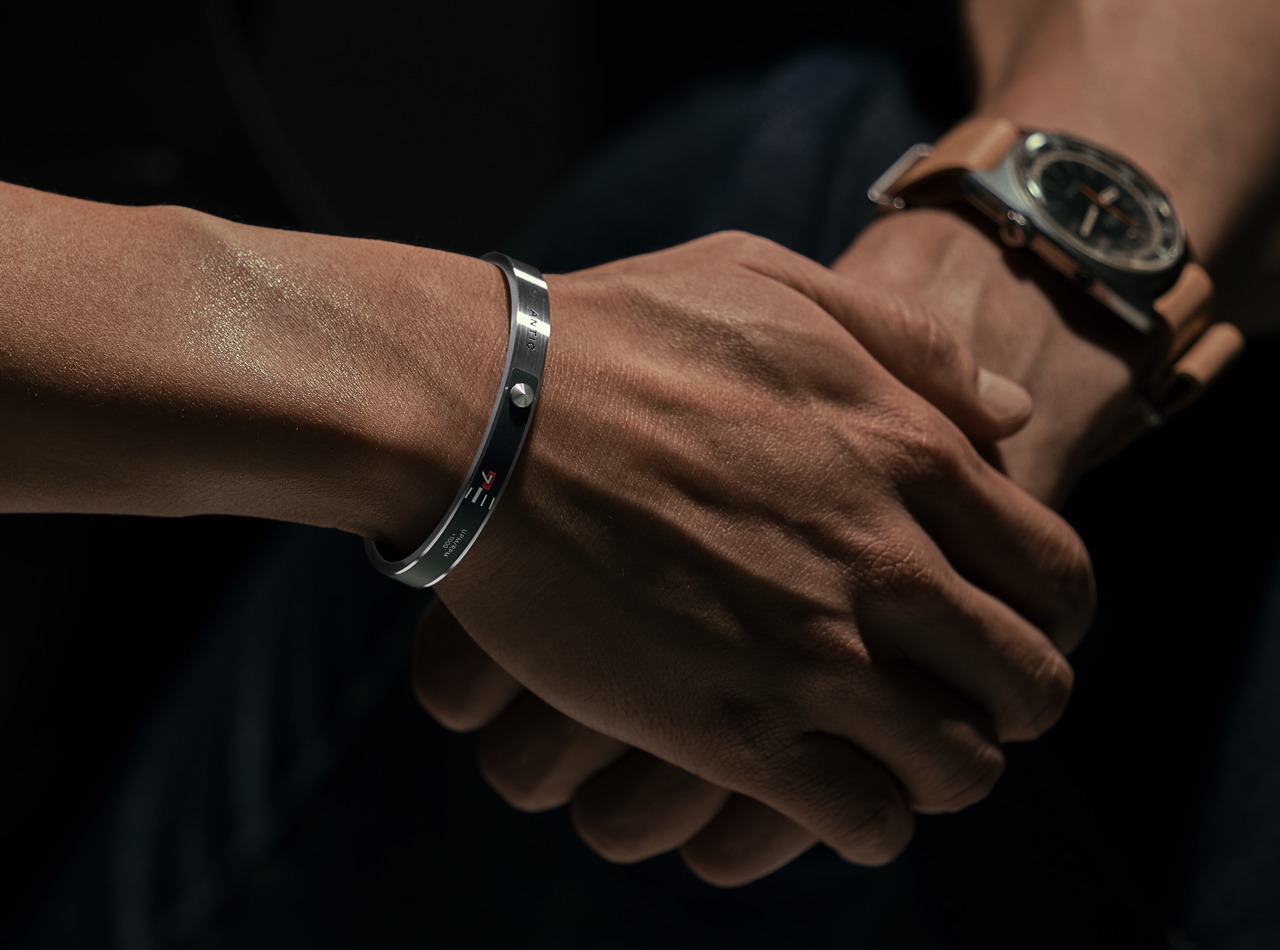 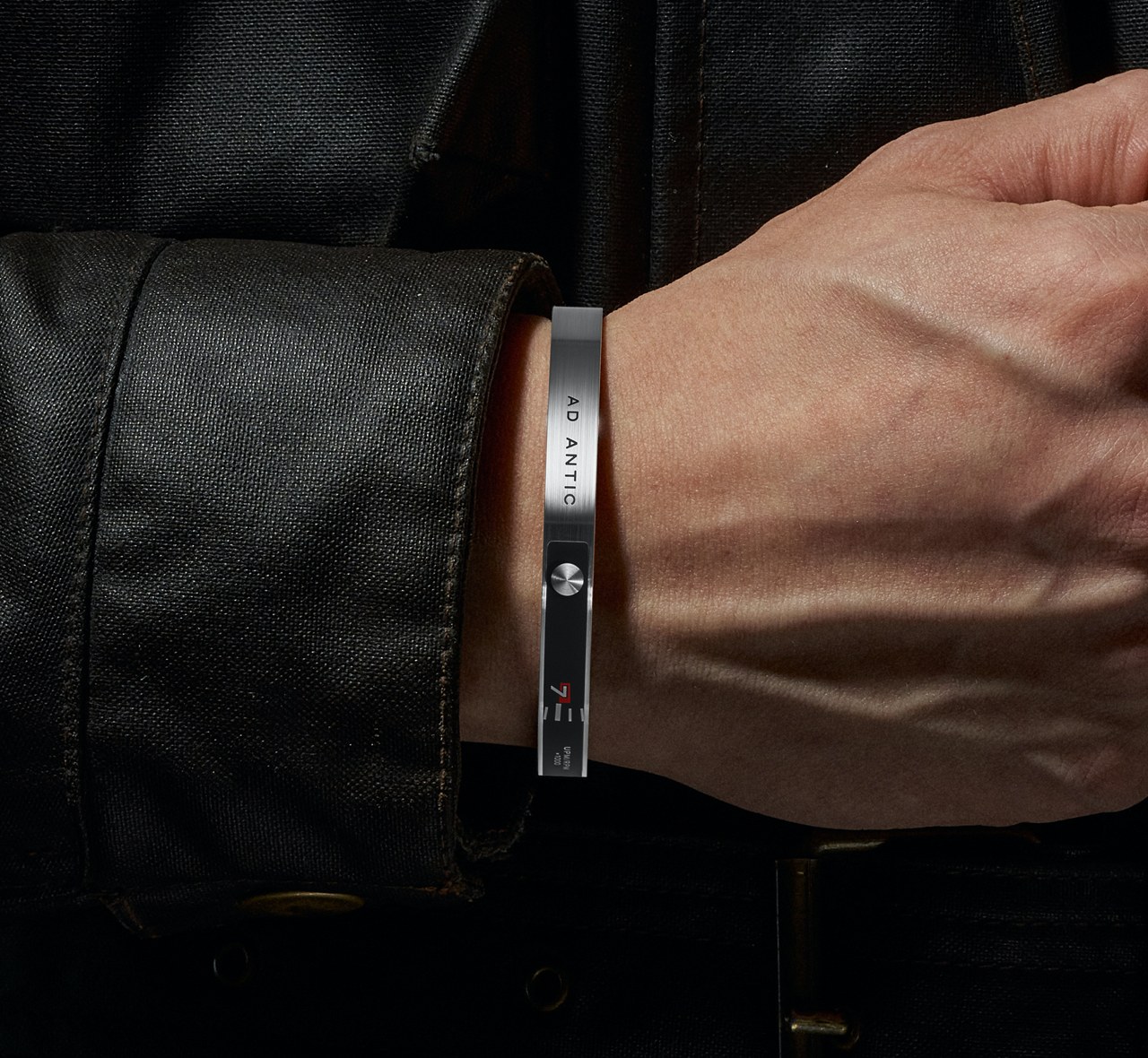 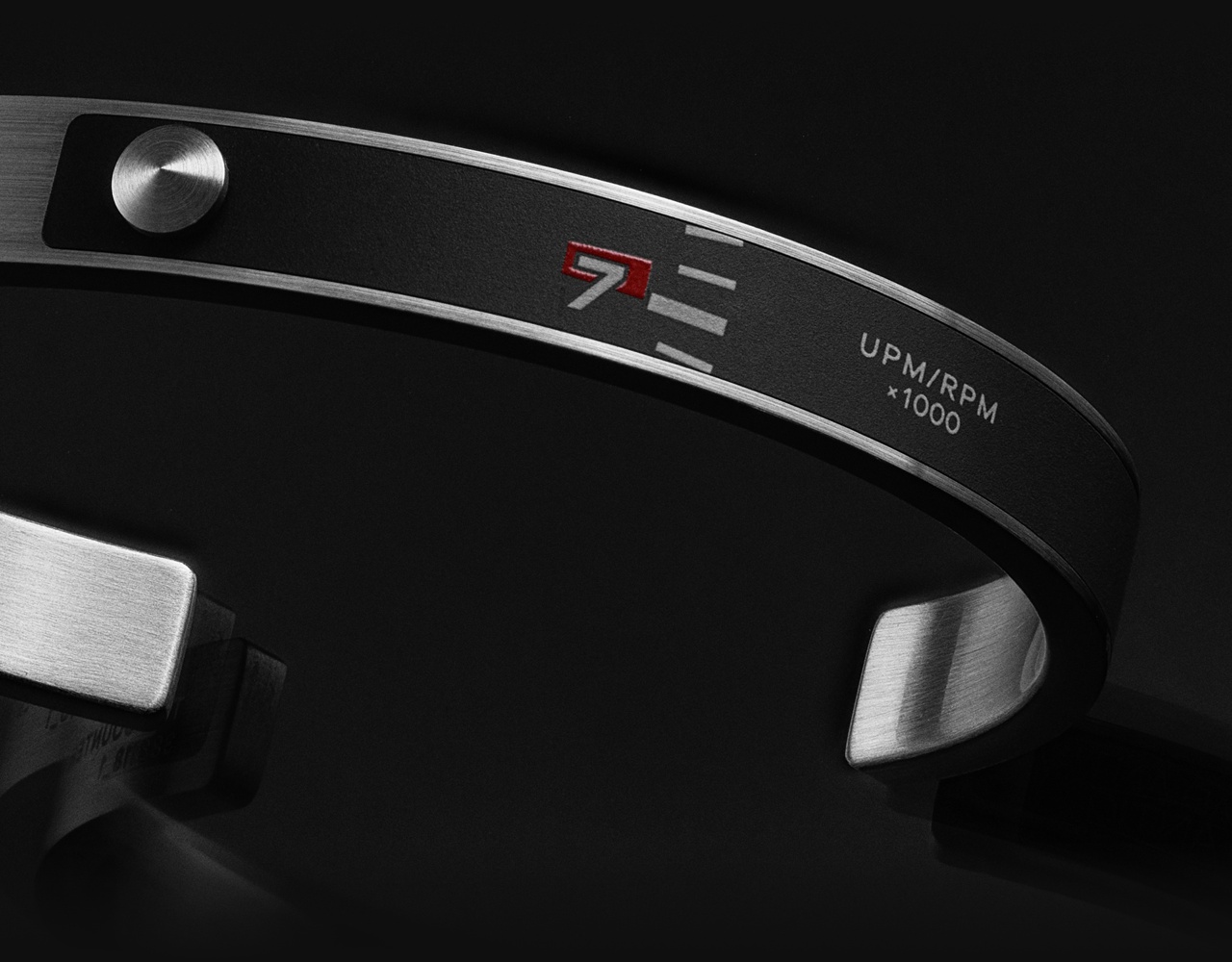 The Counter comes with a slim, minimalist design that paints a full picture by just showcasing a small part of the entire experience. The brushed metal band comes with a small fraction of the tachometer dial visible on it. The black background, the crisp 7 in an automotive font, and that fraction of a red strip are enough for any car-lover to make that association. The band even comes with a CNC-machined stud that looks like the pivot of the tachometer’s hand, and text to the right that reads UPM/RPM x1000. 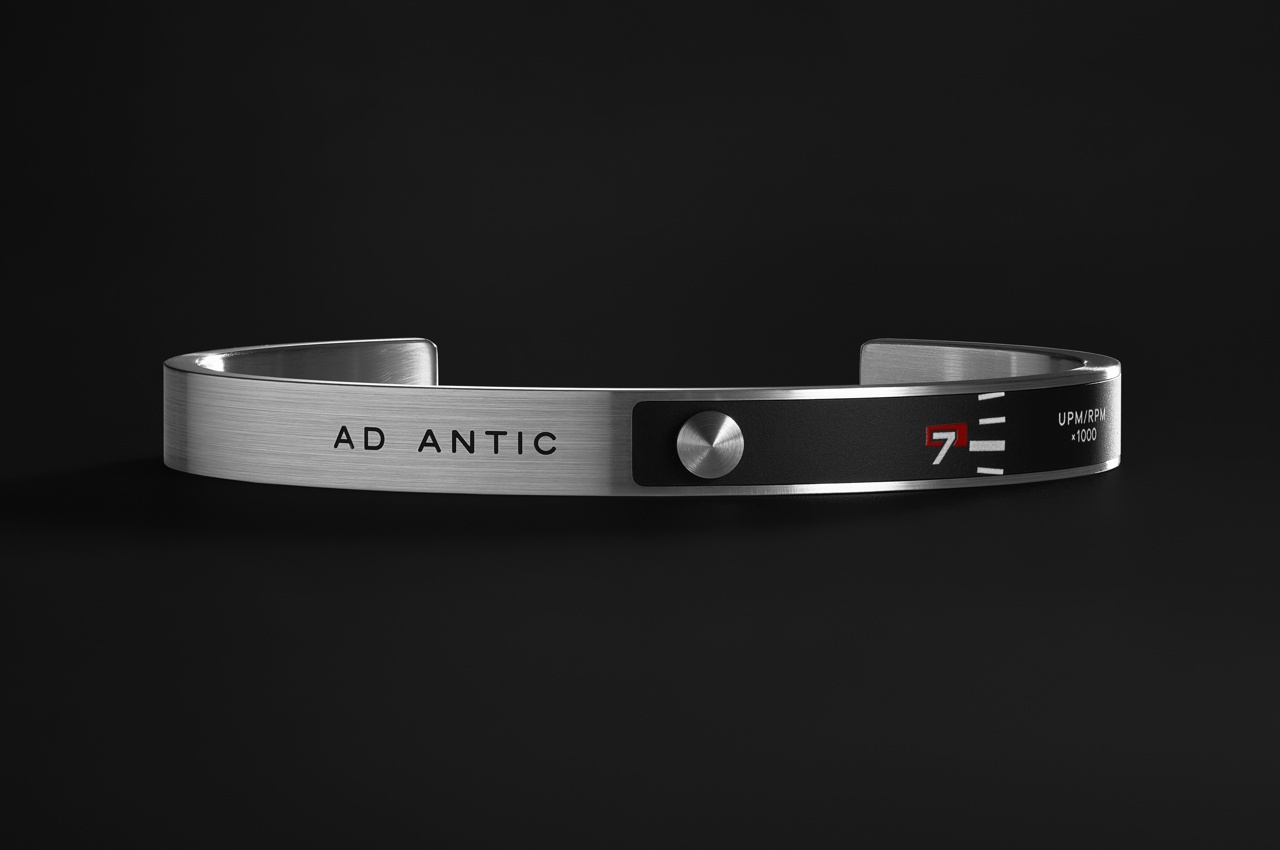 Each ‘The Counter’ bracelet comes CNC-machined from surgical-grade stainless steel, with a hand-finished brushed metal texture. Using the same materials and manufacturing processes as a wristwatch, The Counter is designed to the highest quality and built to last a lifetime. Conscientiously made, each bracelet is also 100% recyclable. The Counter is available in 3 sizes to suit different wrist-circumferences, and easily slips on thanks to its elliptical shape and the cutout in its design. 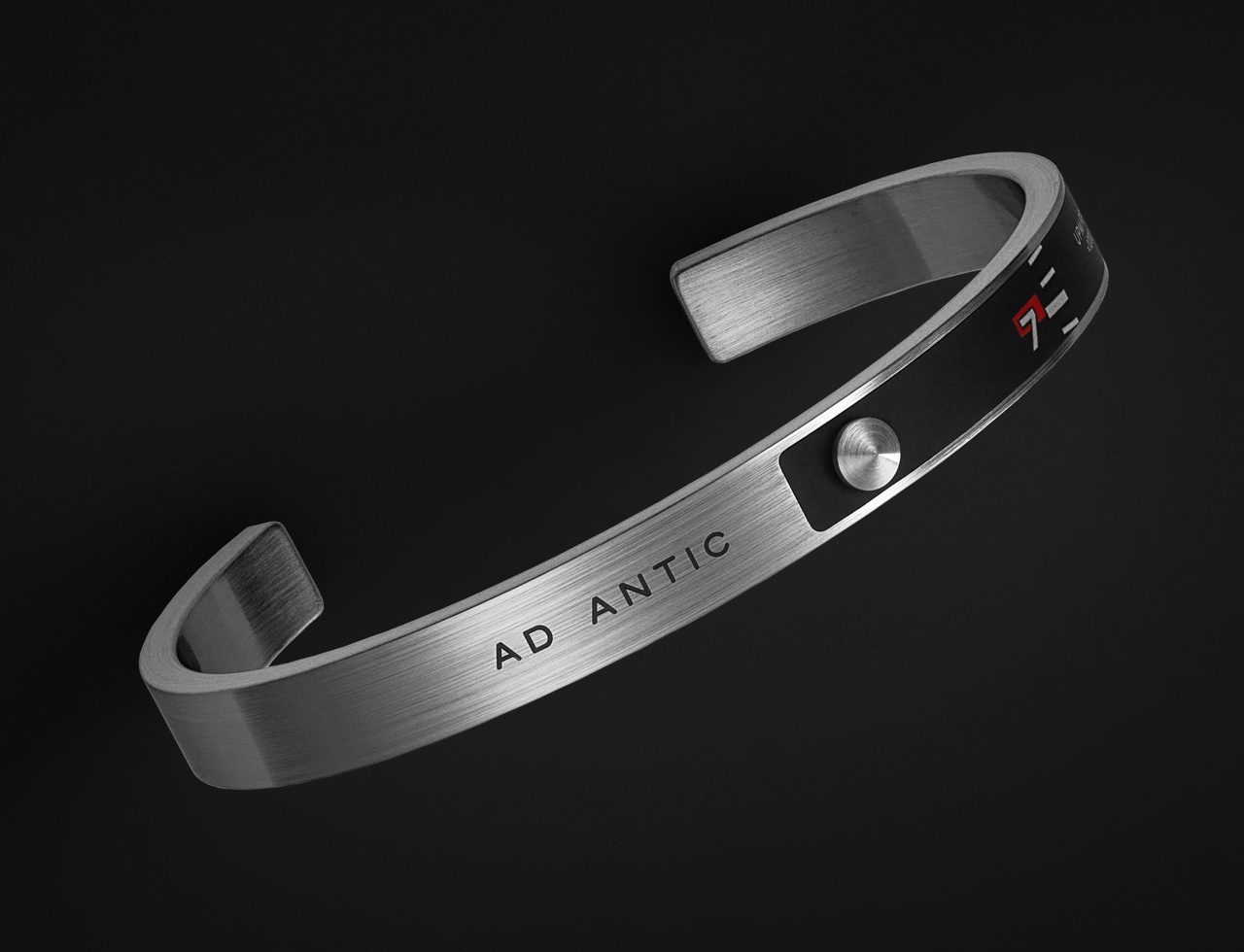 With a clean, tasteful design, The Counter is the perfect wearable whether you’re dressed up or in casuals. It’s minimal enough to coexist with your outfit without overpowering it, yet expressive enough to perfectly capture your love for automobiles!

Ex-Samsung Engineers design a 1.2lbs handheld vacuum that equals your Dyson in power!

https://www.kickstarter.com/projects/1412476564/montanc-cordless-handheld-vacuum-with-insane-suction-power As a grown-up, do you get excited about vacuum cleaners or are you not normal? From someone who did it as a chore, as…

Building on its vision to reinvent urban mobility by ushering it into an emission-free future, Husqvarna just launched the Vektorr, an electric scooter concept with…