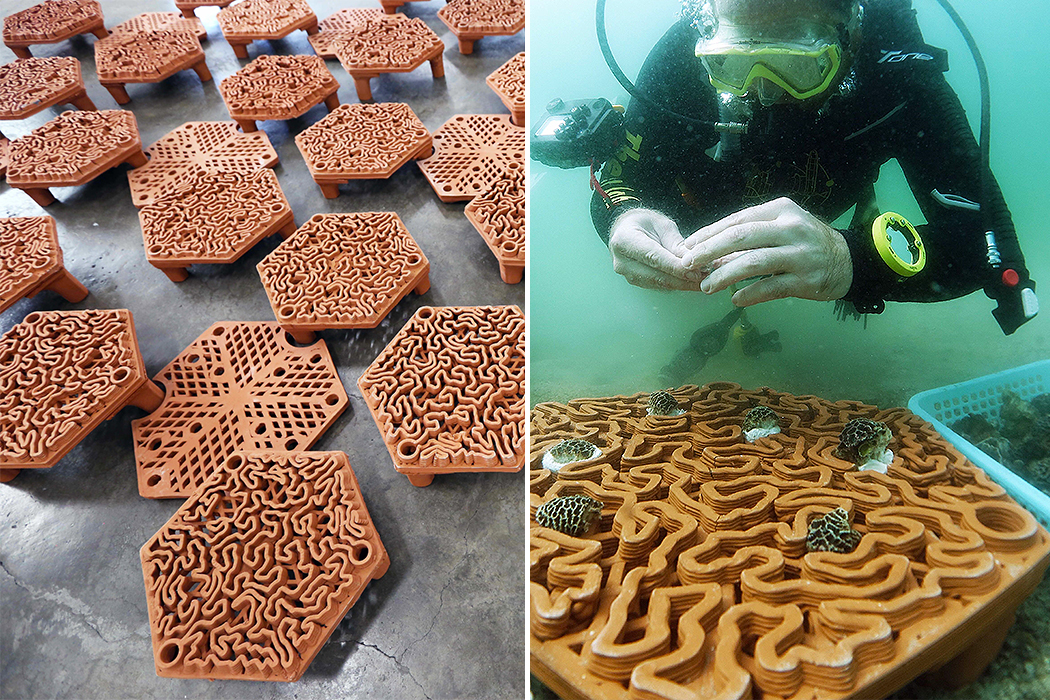 Coral reefs are one of the most beautiful natural wonders of the world and I can say that from my personal diving experience – there is a whole colorful world that thrives underwater and we must protect it because they support more species per unit area than any other marine environment! Coral presence has rapidly declined all over the world, especially in the last decade so Hong Kong-based marine scientists and architects have created terra-cotta tiles to help rebuild and give corals a fighting chance against climate change. This is a crucial leap for ocean restoration projects!

The team 3D printed terra-cotta clay into the reef tile pattern and fired it to 2,057 degrees Fahrenheit to produce the 128 tiles so far. Each tile is almost two feet in diameter. The team placed the reef tiles seeded with coral fragments over about a 430-square-foot area across three sites within Hoi Ha Wan Marine Park in Hong Kong this past July and will monitor it for the next two years. The designs can also be specific to the environment and underwater conditions where they are placed; for instance, the team designed these tiles to prevent sedimentation buildup, a major problem in Hong Kong waters. The tiles interlock organically which enables the team to keep expanding when needed without disturbing existing settings. It gives the corals lots of nooks and crannies to anchor onto. Manmade or artificial reefs help restore lost coral populations by reintroducing an environment amenable to regrowth—and they’ve been made of everything from purposefully submerged shipwrecks to cement sculptures because corals aren’t picky, they just want to grow! 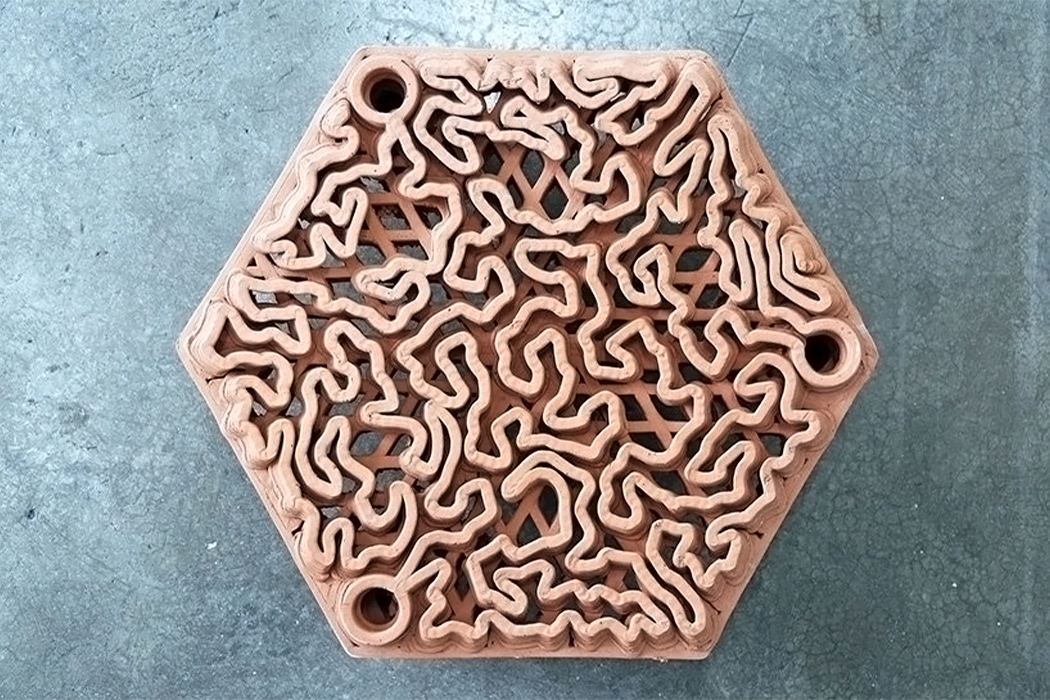 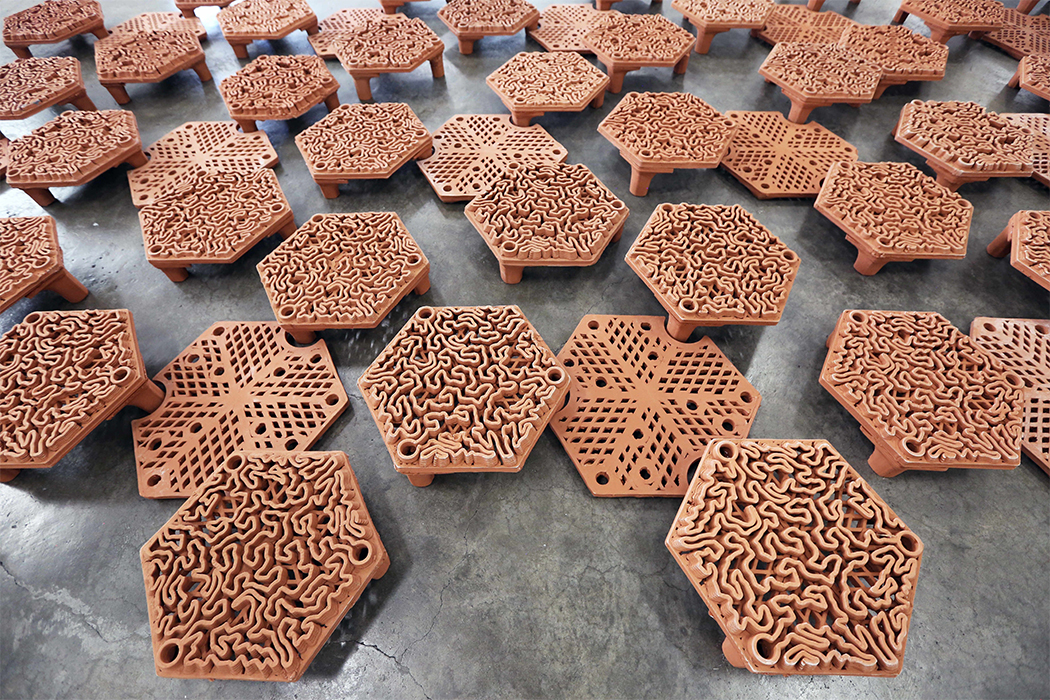 The robotic 3D printing process offers unique advantages in the design and production of artificial reefs, it makes production easier and more efficient, by allowing the team to create large pieces in a short amount of time. It also enables the team to create tiles with different designs and functions that could be specific to certain corals and help in accelerating their growth. 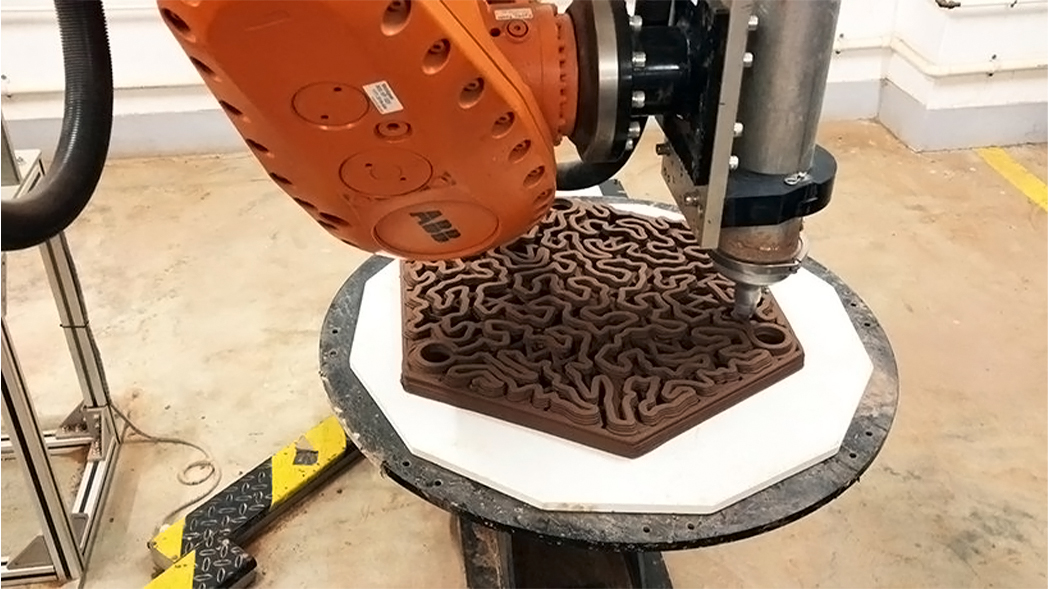 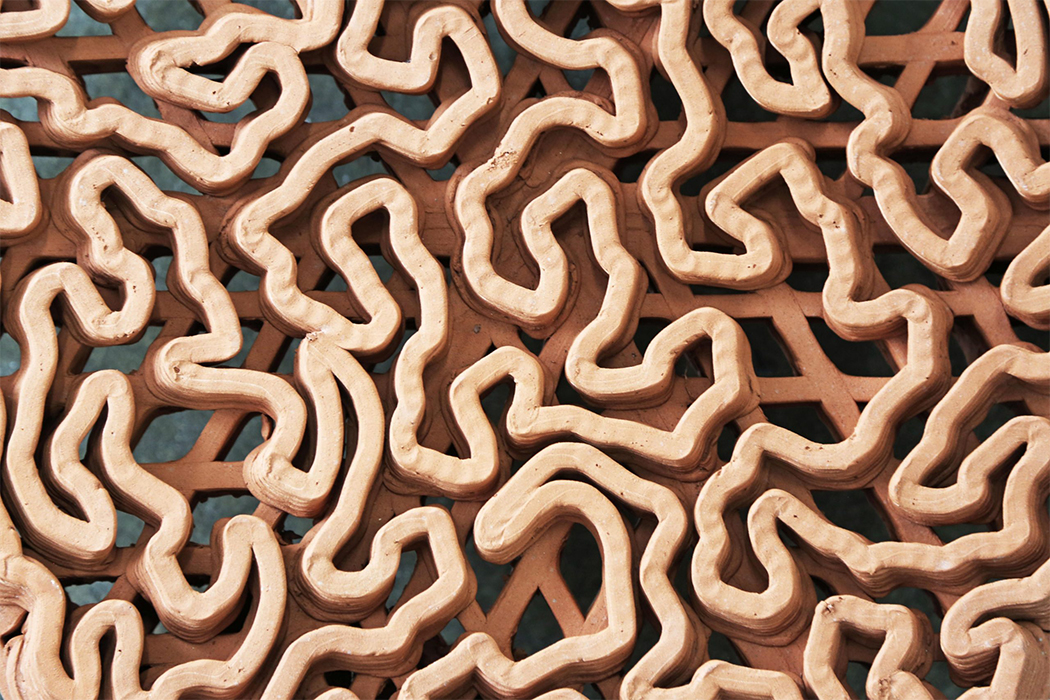 “Though these tiles could be produced with other methods, such as making a double-sided mold, it would be quite complex to do since the design of the tile is very three-dimensional,” Lange says. “3D printing offers the advantage to produce objects and parts much more cost-effectively. But the most powerful advantage of it is that it could print each object with a different design without increasing the cost.” 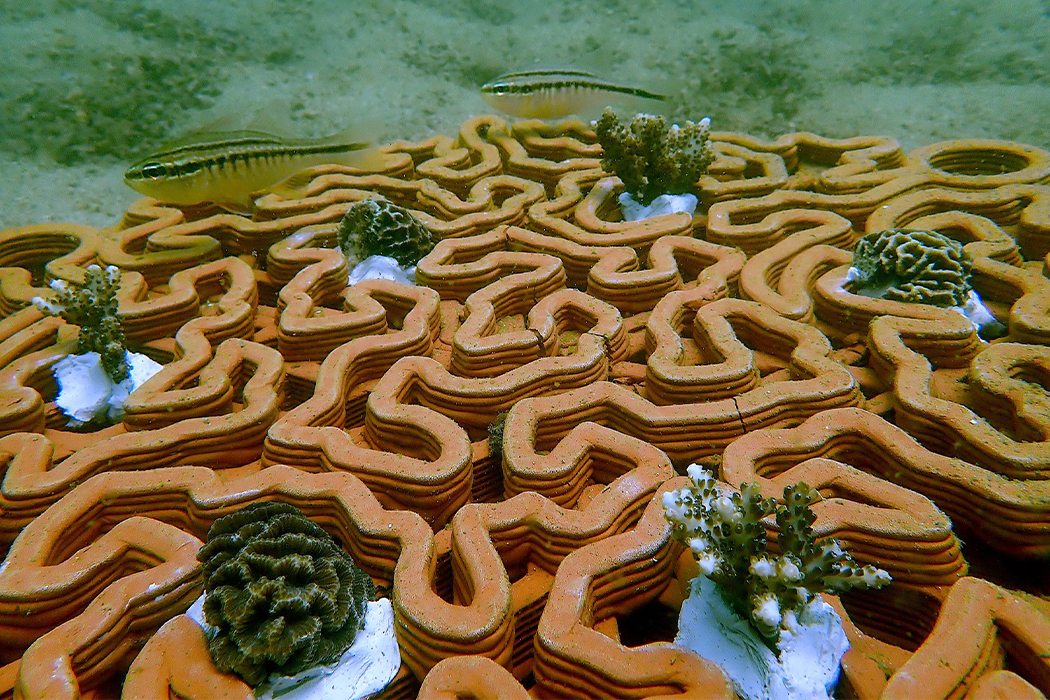 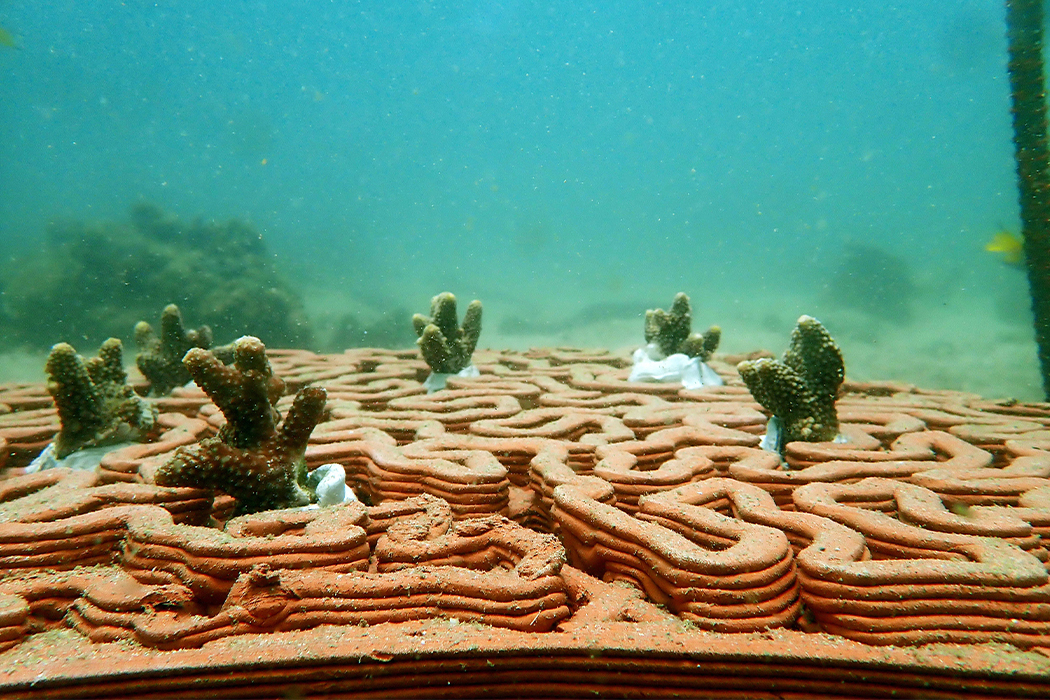 The team from Swire Institute of Marine Science (SWIMS) of the University of Hong Kong (HKU) and its Robotic Fabrication Lab of the faculty of architecture worked together to 3D print terra-cotta tiles that will act as artificial reefs. With time the team will use different designs in the next iteration to figure out how they affect the species. 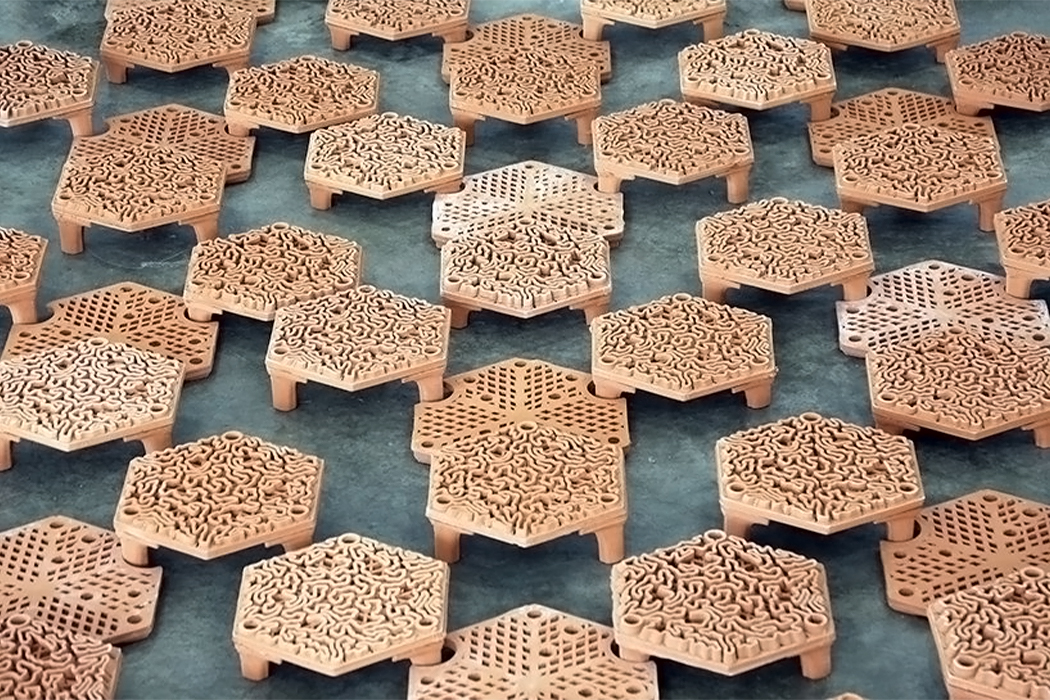 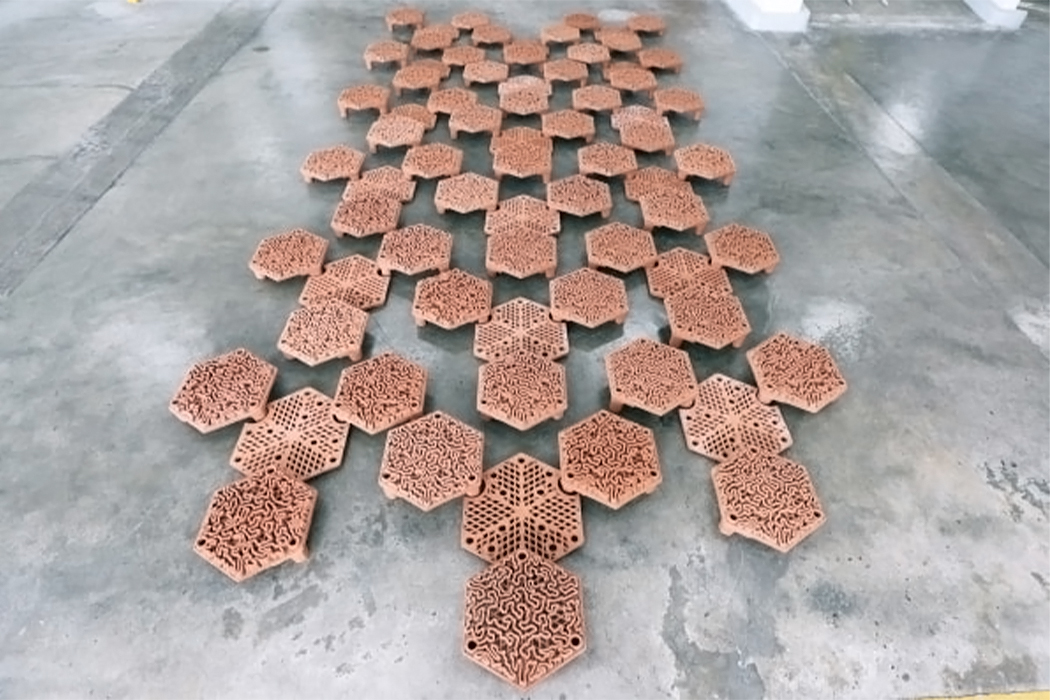 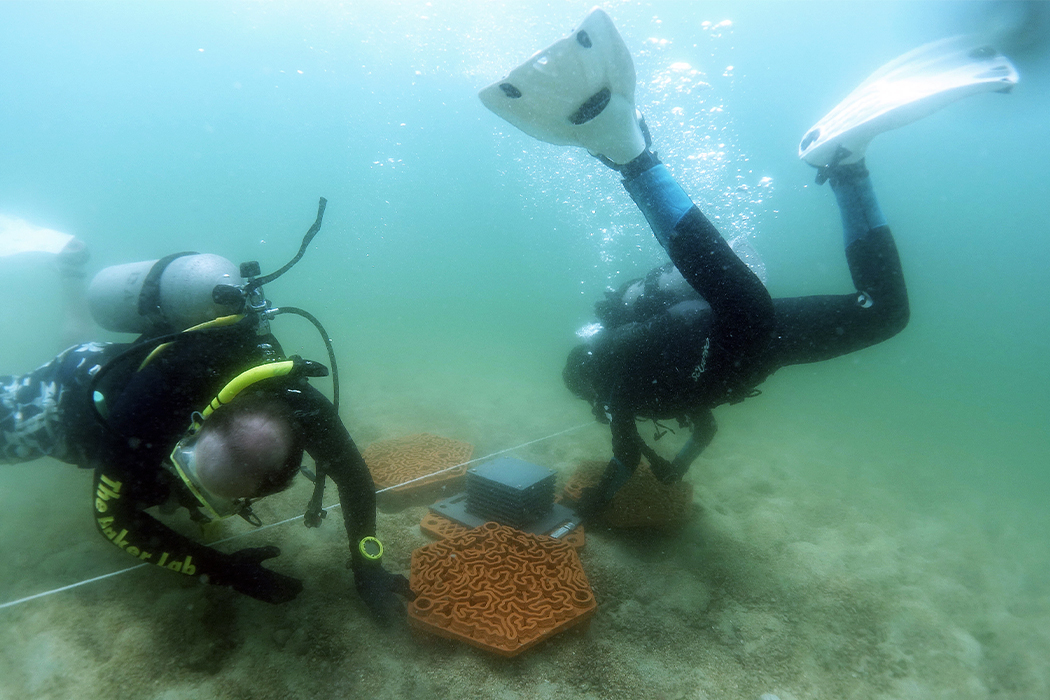 Bigger displays mean more energy consumption, larger batteries, and sadly, bigger disappointments because the batteries fail to deliver on the promise of a 24-hour usage…

A Gym That Fits In Your Pocket

The Size of Sound

You see a big speaker, you think loud… you see a small one, you think quiet… right?! That’s precisely the idea behind the “Bigger Louder,…