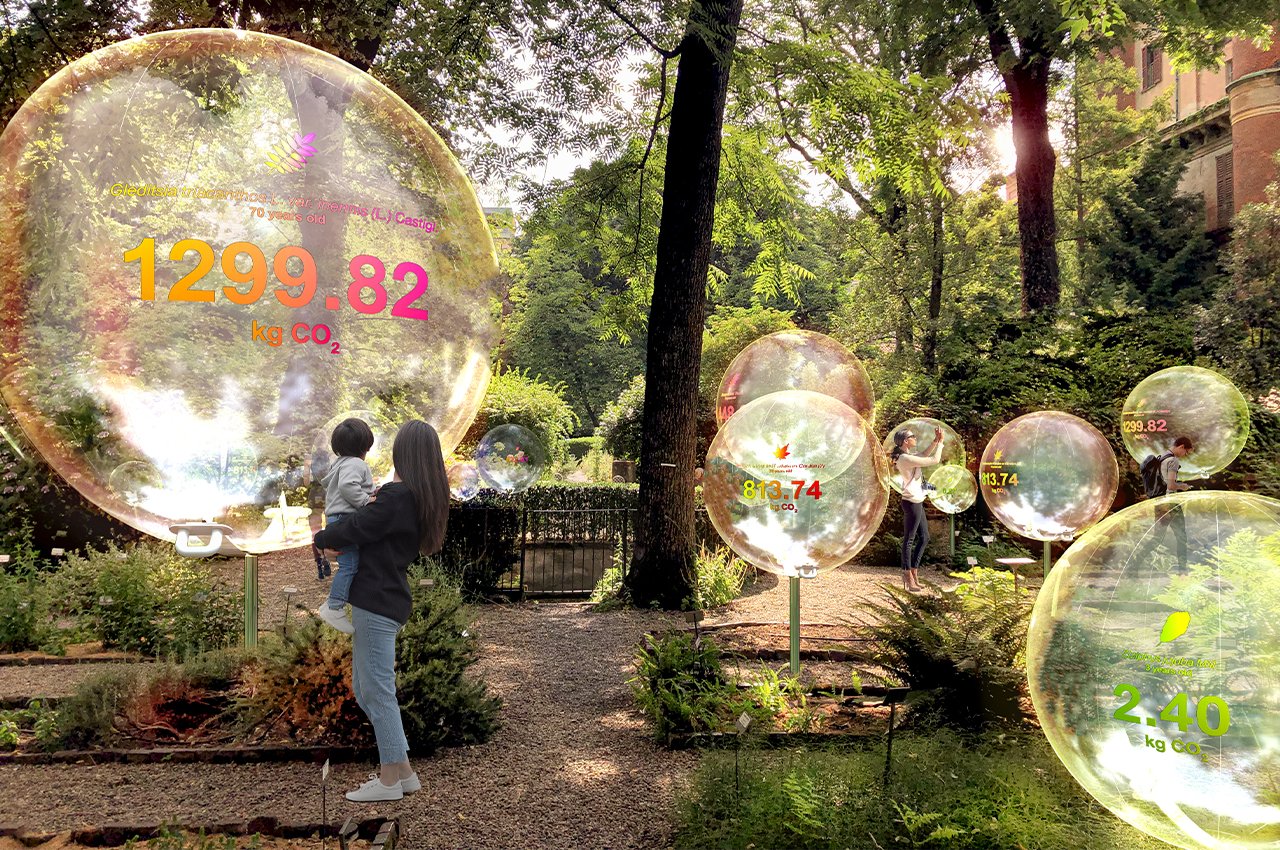 Escaping city sidewalks and standstill traffic for a botanical garden’s grassy lawn lined with rows of trees, butterfly gardens, and flower bushes seems like a deal most of us would be willing to make. While they offer a nice respite from the bustle of city life, trips to the botanical garden also make for insightful learning experiences. In the Brera Botanical Garden, in Milan, energy company Eni and international design and innovation office CRA-Carlo Ratti Associati have introduced Natural Capital, one of the largest data visualizations ever produced to showcase the importance of trees for a sustainable world.

With sights set on being one of the largest data visualizations in the world, Natural Capital demonstrates how trees store carbon dioxide and produce oxygen, driving home the importance of forest protection. Extending over Milan’s 500-square-meter garden, Natural Capital showcases plots of floating bubbles that project the amount of carbon dioxide their corresponding trees can capture and store during their life cycle. Walking through Brera Botanical Garden, guests will be met with three-dimensional graphics that showcase the key role that forests play in providing living things with healthy air to breathe, hinting at the symbiotic relationship between trees and humans. Bringing the point full circle, guests will be greeted at Brera Botanical Garden’s entrance by a stationary, giant sphere that illustrates the average amount of carbon dioxide produced by the human body per year.

Speaking on the contrast between the trees’ floating bubbles and the park’s giant stationary sphere, the designers say that it “illuminates the fundamental role that plants play in guaranteeing the planet’s health and limiting global warming. The comparison allows visitors to understand the symbiosis between humans and nature: the former produces carbon dioxide, the latter stores it.” Continuing their collaboration in exploring new circular economy and sustainability paradigms, CRA and Eni remain committed to protecting and conserving forests through decarbonization projects that aim for a more sustainable world. 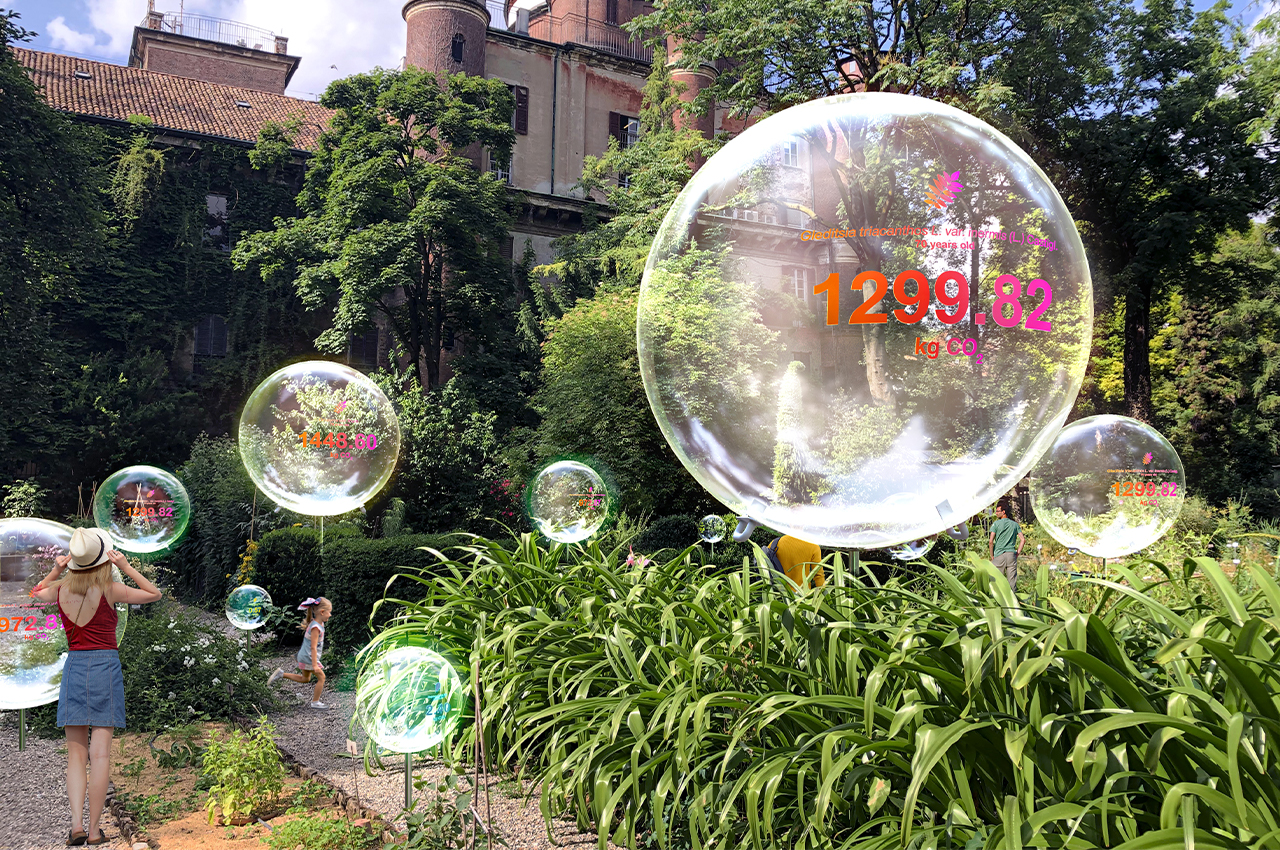 Floating near their corresponding tree or shrub, each bubble will display the plant’s scientific name, age, and amount of carbon dioxide it will store during its lifetime. 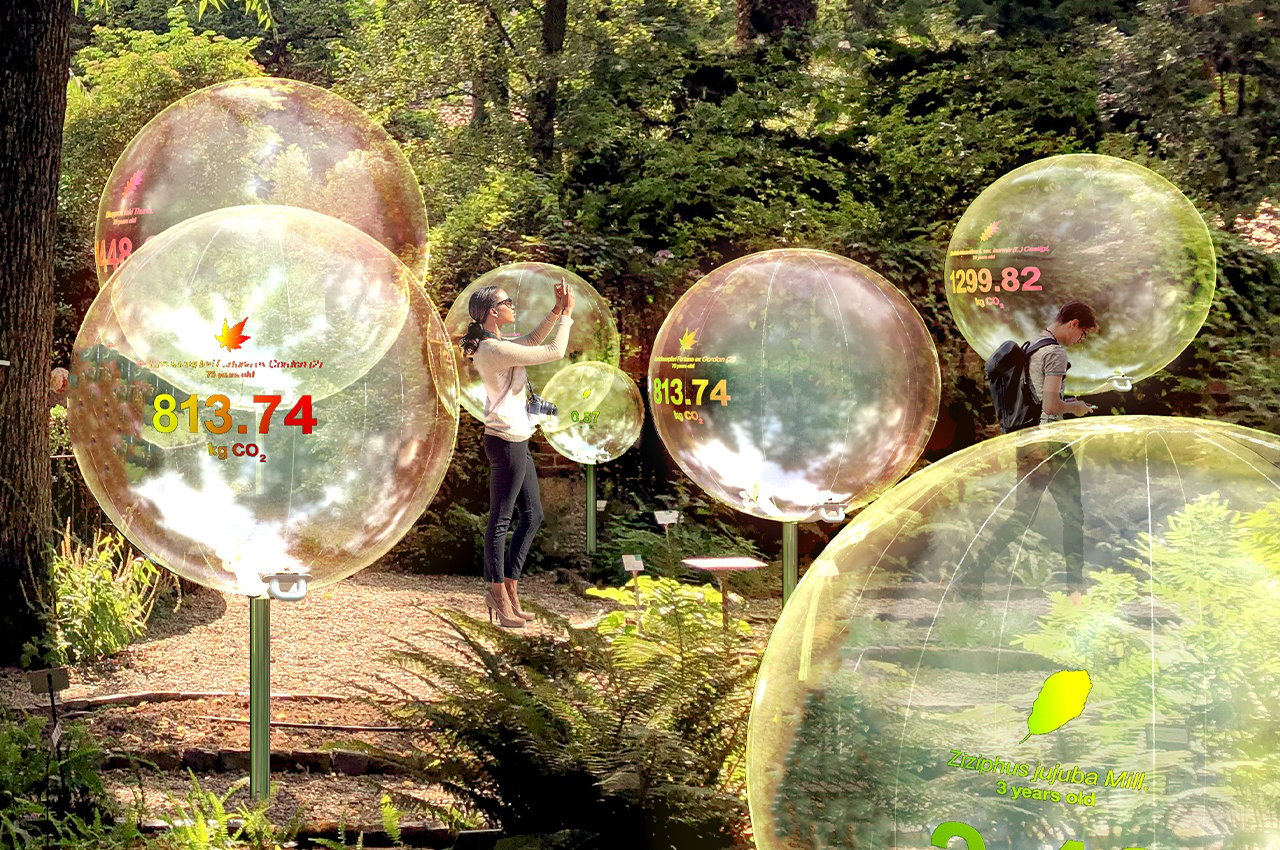 Walking through Brera Botanical Garden, guests will learn about the symbiotic relationship between humans’ need for oxygen and trees’ ability to produce it through storing carbon dioxide. 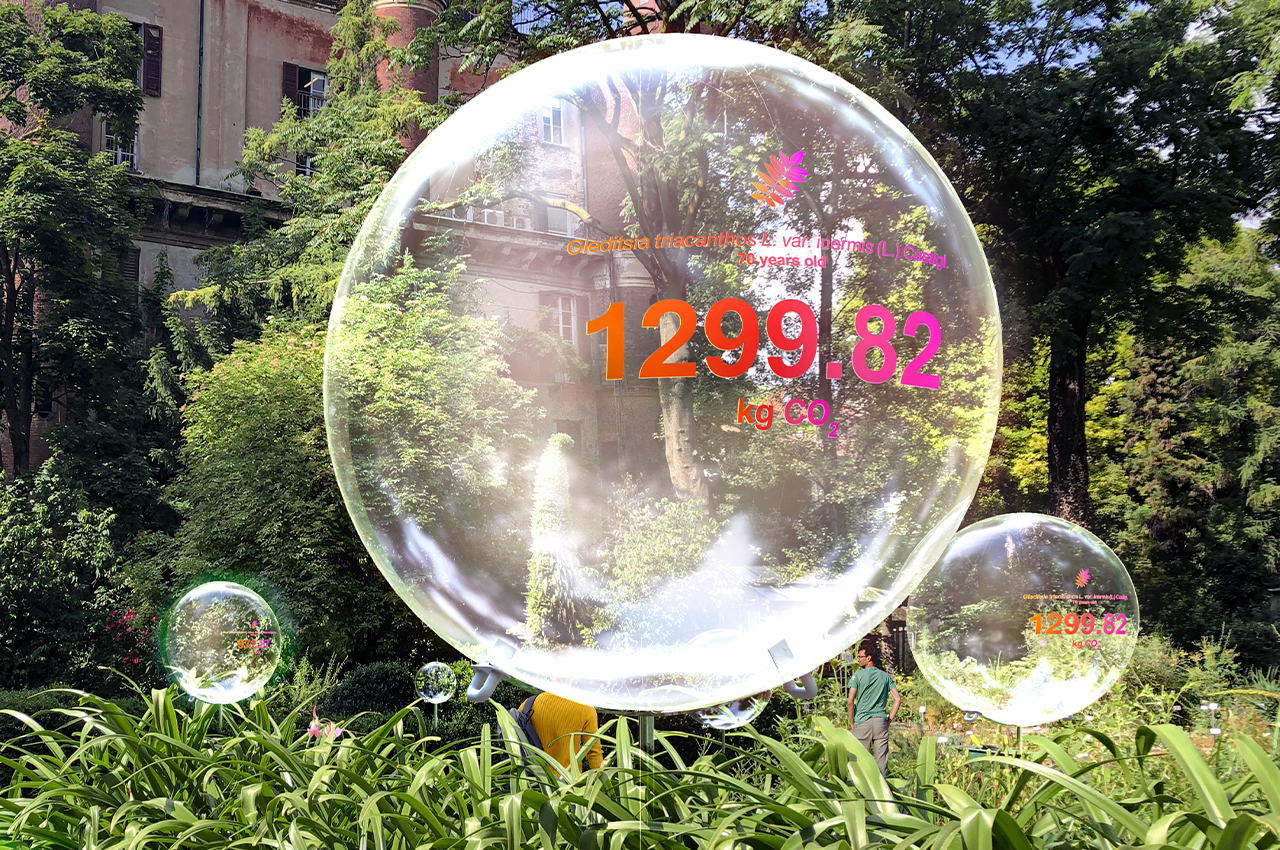 Designers behind Natural Capital note that “Natural Capital aims to experiment with a new design medium, turning data visualization into a tangible, spatial experience, bringing the natural and the artificial worlds a little bit closer together.”

A Bench Just for Smokers

Smoker Bench kinda sounds like a drug related peripheral or an awesome grill with ample seating but its really a bench with integrated ash receptacles….

School Zone is a concept crosswalk designed specifically for school zones but has amazing potential for other uses. The system changes several key elements to…

Flat-packed designs are really quite intriguing! They’re portable, easy to put together and occupy minimum space. And, this innovative technology is now being introduced to…

Simply drop the GoPure pod into any bottle of tap water and it instantly begins purifying and remineralizing it, effectively saving you big bucks by…