Summertime and a chilled can of beer are synonyms for that refreshing feeling. Sure, if you are someone who resonates with this notion, you wouldn’t mind a chilled beer cooler always by the side more often than not. But is it possible to lug a beer cooler always with you? Heineken’s cute little autonomous beer cooler gives you reason enough to think on those lines. Yes, the Heineken B.O.T. (Beer Outdoor Transporter) is a notorious Wall-E with fancy branding to always be by your side, delivering your brew chilled to the perfect temperature.

On first look, you can mistake this one for a mini John Deere mower with a missing front half. However, it can haul 12 chilled beers on its big wheels that virtually follow anywhere you go – giving the machine a charming personality. The tiny robot features four wheels, two big wheels, sensors, a brain running AI, and the capacity to hold a dozen cans in addition to ice. Owning this one will surely make you popular among buddies for its pure chill factor, literally. Heineken B.O.T. is an excellent example of how tech makes life convenient and differentiates from the tons of promotional materials available in the market! The video indicates the design can probably handle rolling on the grass at a park, and nothing running on more rugged terrain. It also shows a small screen and a speaker that allows the robot to greet its person!

Before you ask the question, when is this autonomous beer cooler be available to purchase. The bad news is, it’s only going to be the privilege of a few lucky ones. This limited edition beer cooler bot is up for grabs via a competition held on July 1st. Heineken will take submissions from interested people who like the idea of B.O.T. For now, there is not much known about the dynamics of the competition, but ones who love their beer will want to own this cute little buddy at all costs. 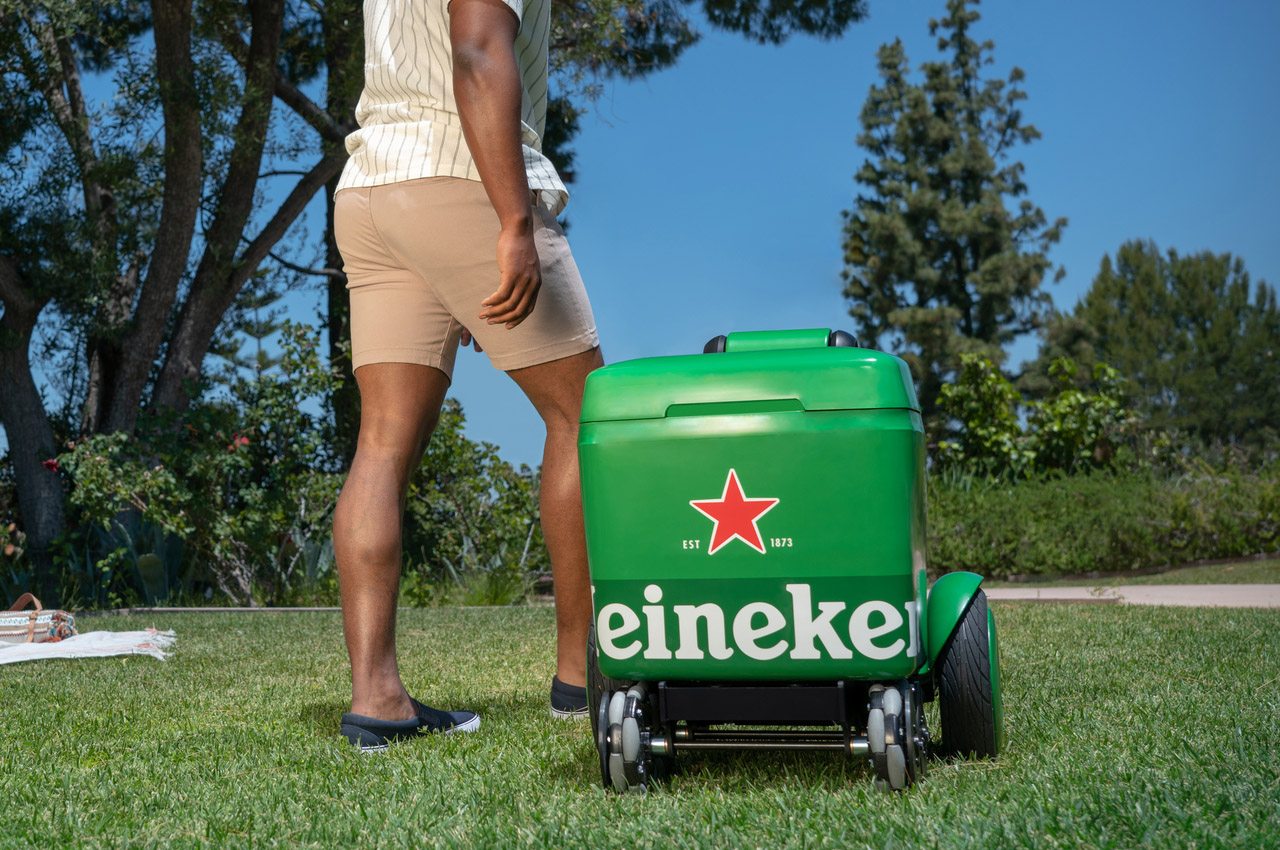 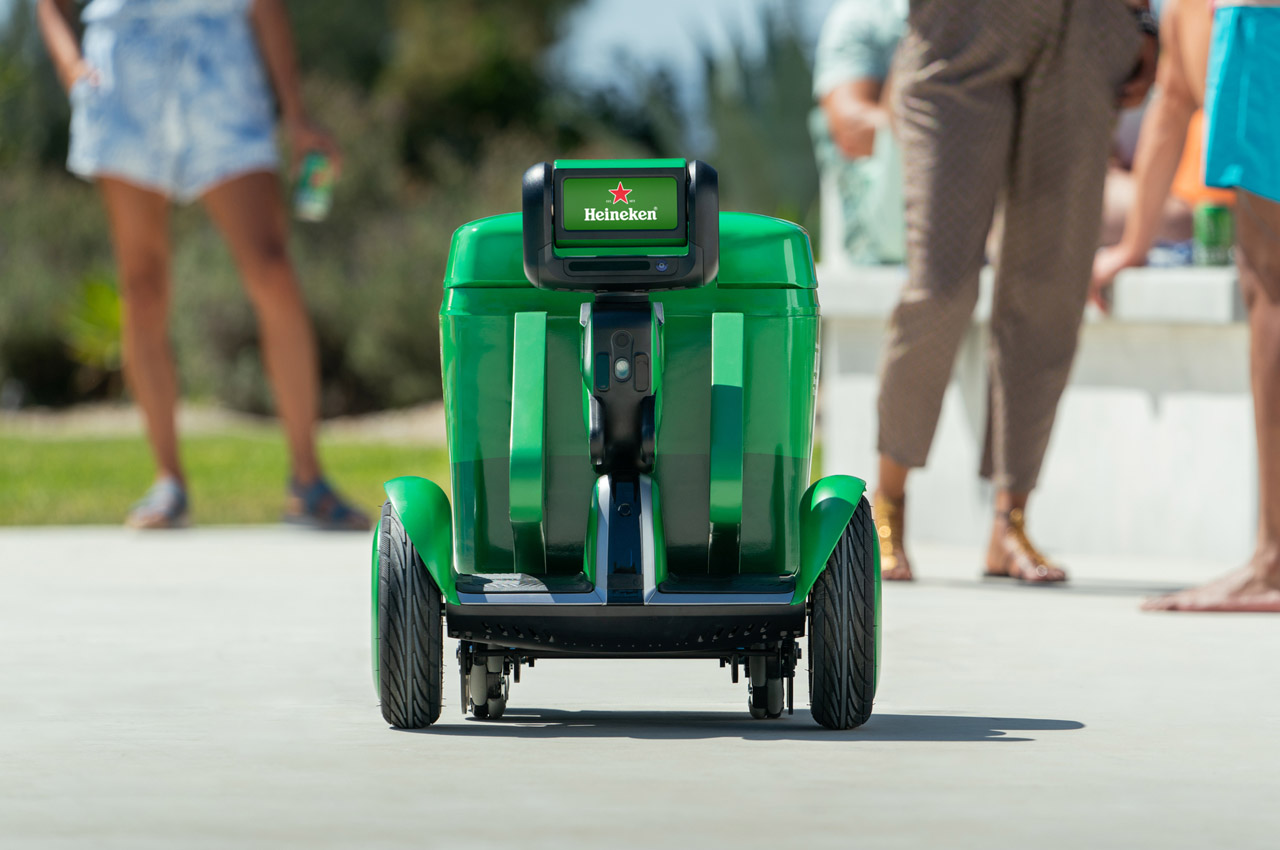 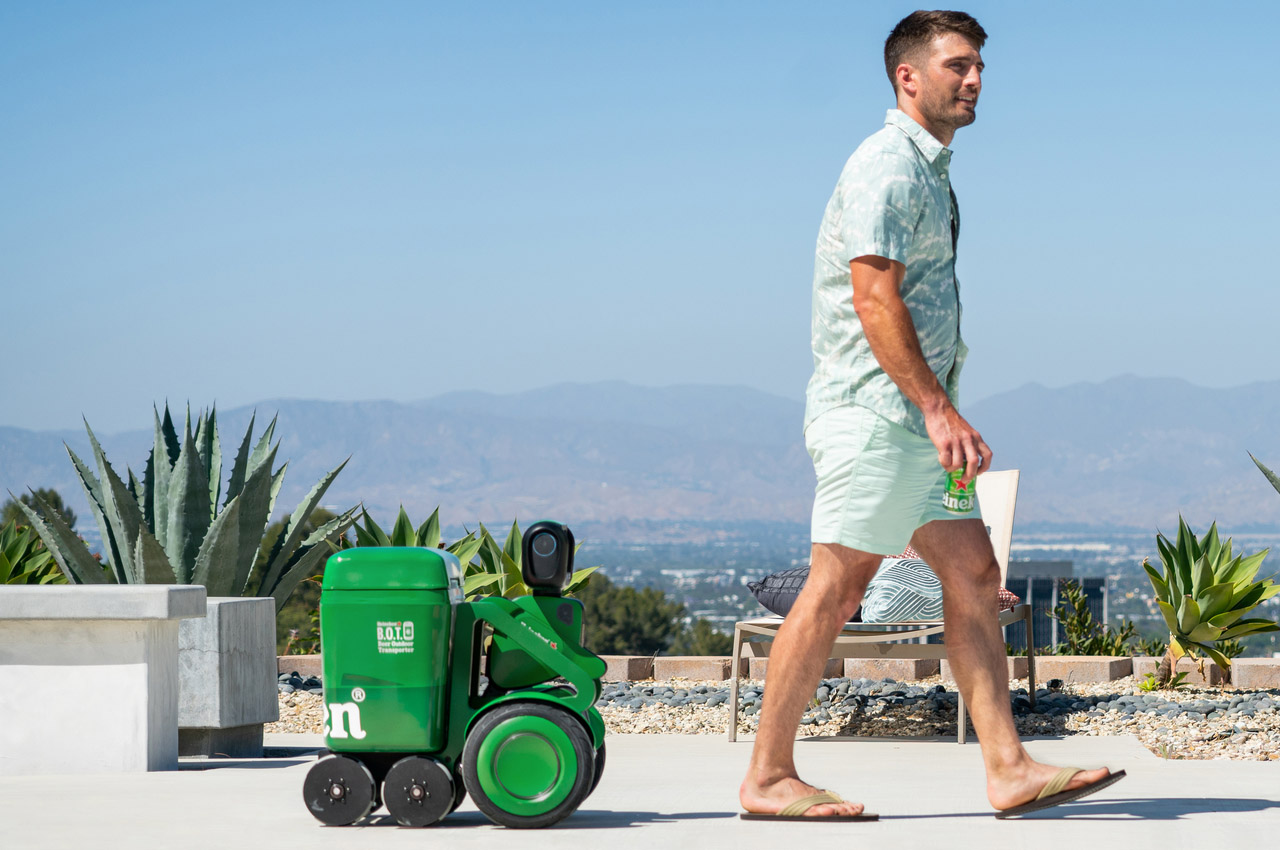 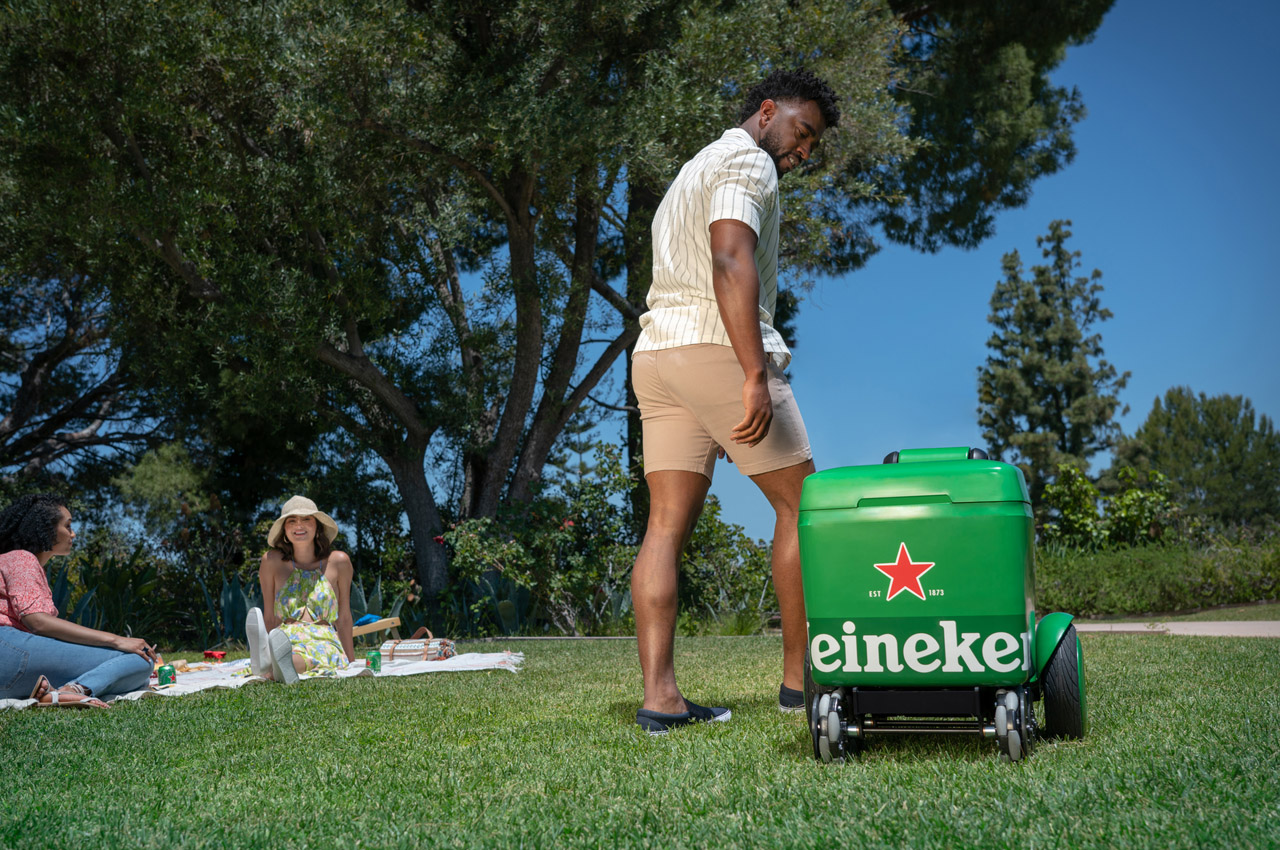 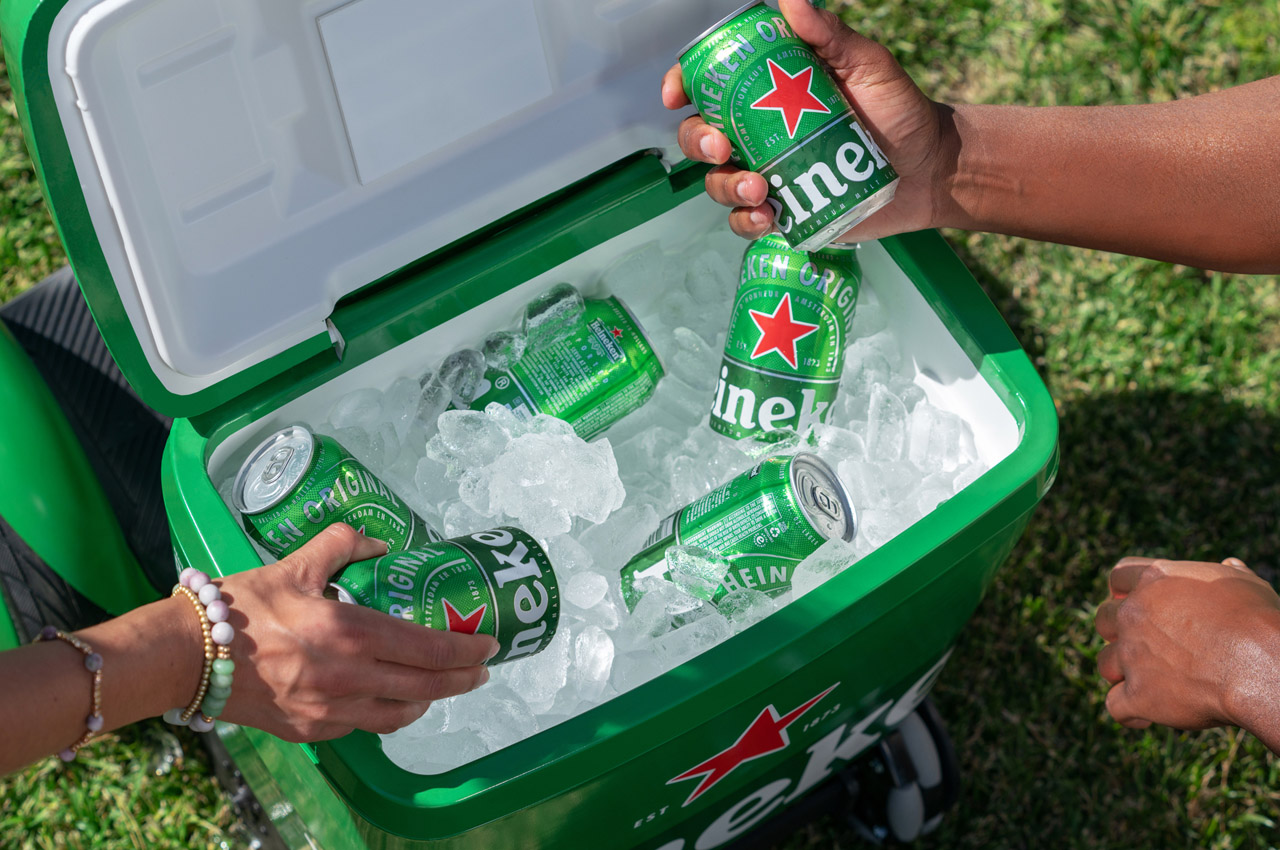 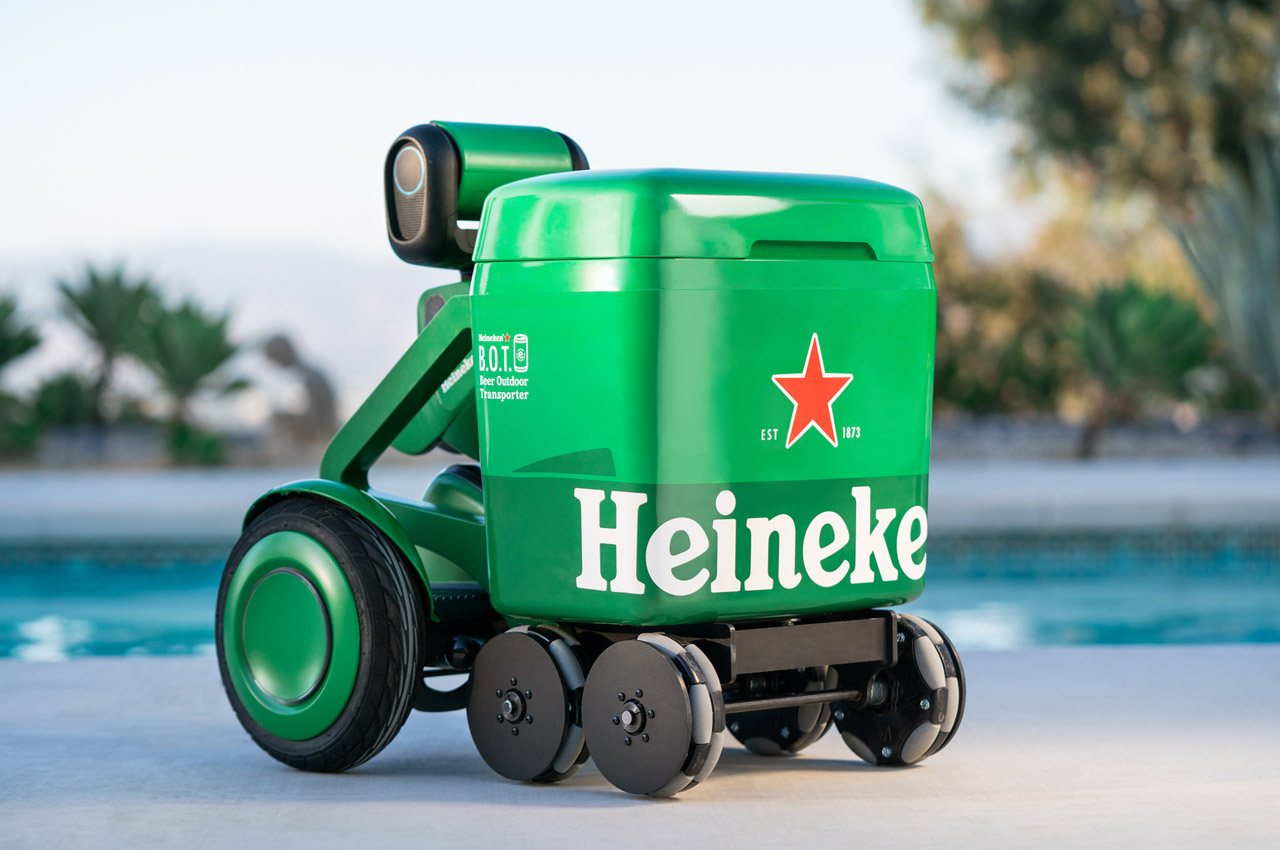 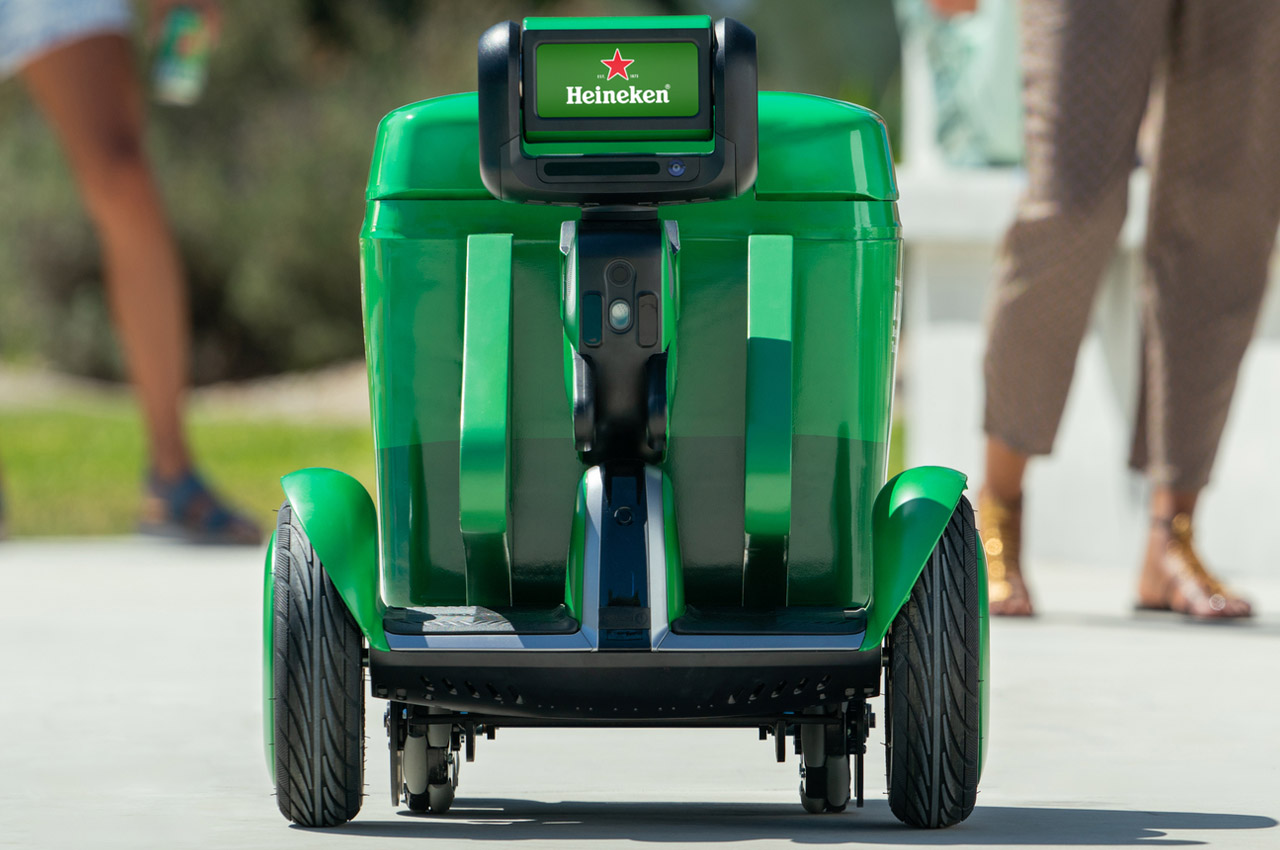 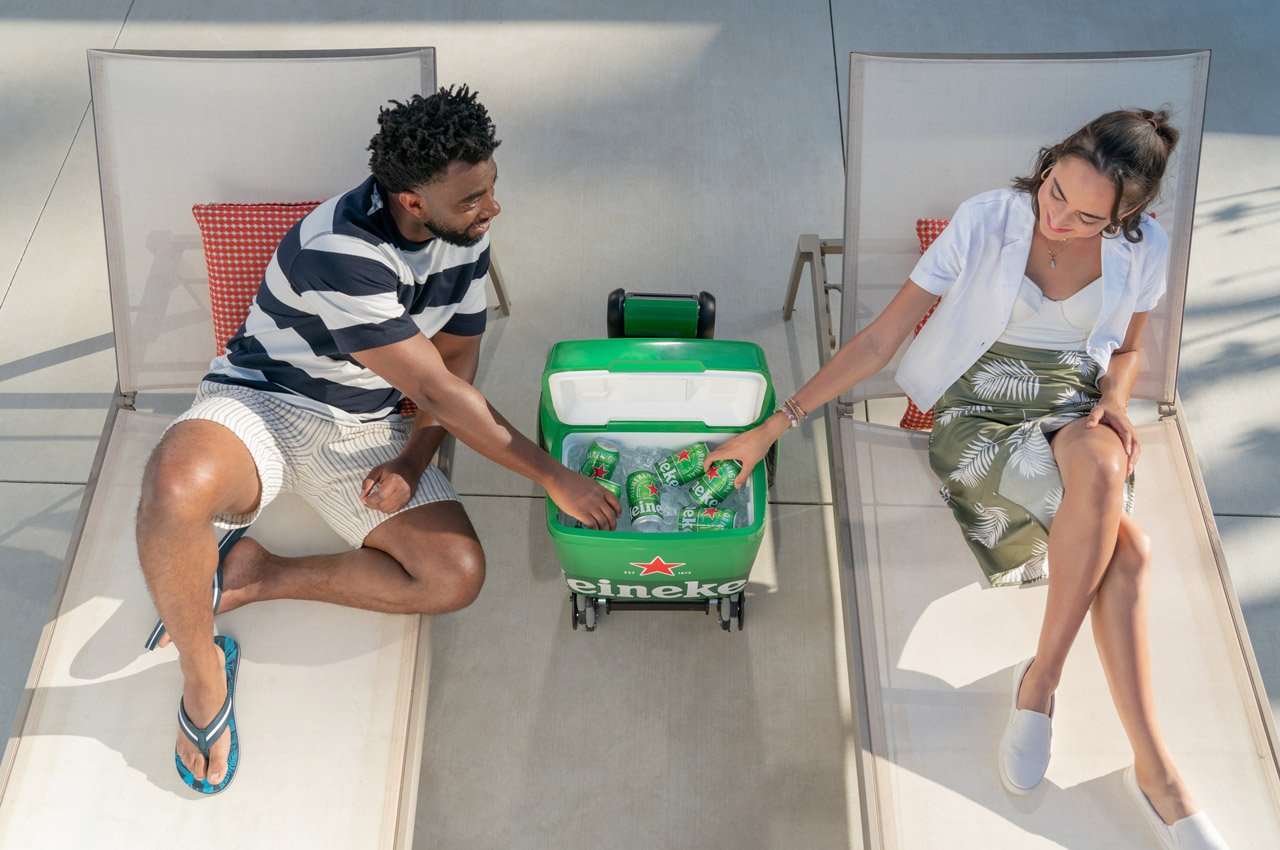 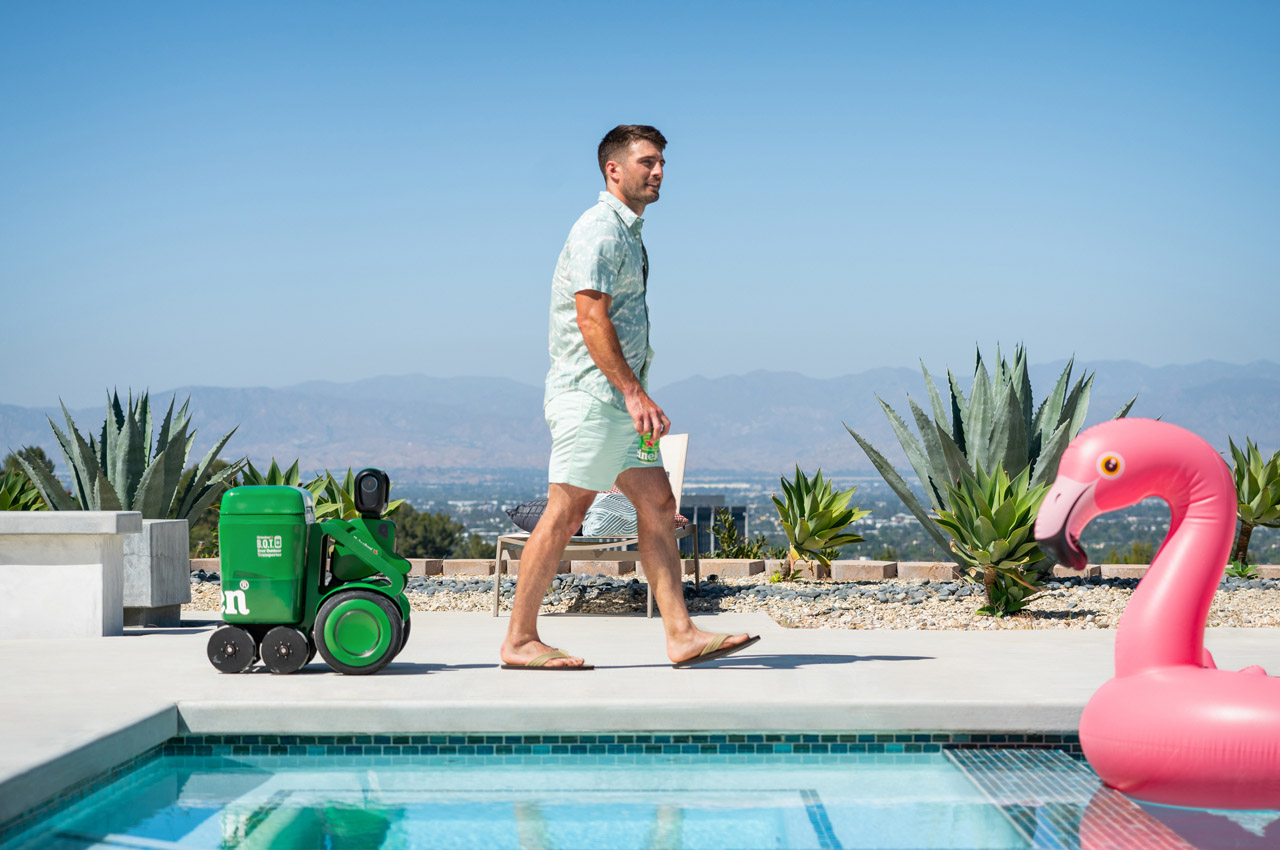 I love the illusion that the Ice Cube tank proposes; imagine the stunned expressions when people discover that the cube is an ice deception and…

The Marti Sea Taxi aims to maximize the efficiency of transporting passengers between stations. The catamaran-style body has enhanced hydrodynamics and skates through the water…

Live in the moment, they say. The Pie Watch takes that phrase seriously, with a watch face that displays just a fraction of time! The…

These stone-like outdoor loudspeakers are perfect for gardens and poolsides

You often play music indoors because the acoustics is often better inside enclosed spaces. You don’t need to pump up speakers to the max to…