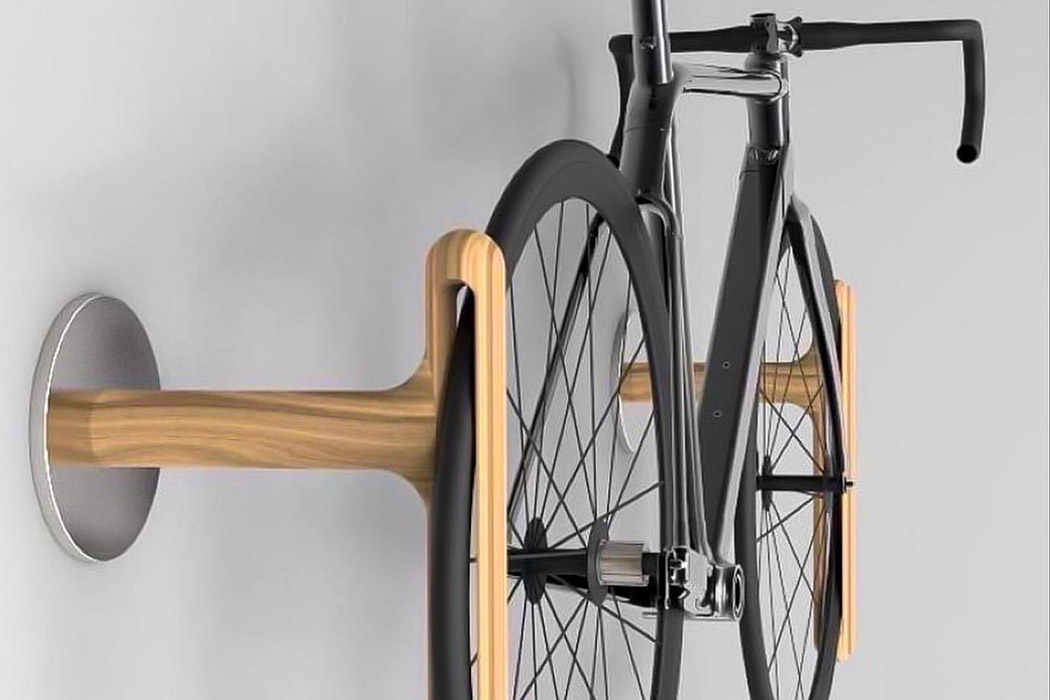 If in this era of pollution, pandemic, and panic, you aren’t already a bicycle person, it’s high time you convert into one! Bicycles are slowly becoming people’s preferred means of transportation. People are ditching the fossil fuel consuming and air pollution causing automobiles for the more eco-friendly option of bikes! Not only are bicycles a boon to the environment, but they also promote good health and ensure we get our daily dose of physical exercise done. In fact, you can even upgrade and amp up your bicycle with some fun and functional accessories! From a detachable bike bag that incorporates a rear signal light to a minimal wall mount that truly showcases your bike – these accessories are the perfect sidekicks to your bicycle! 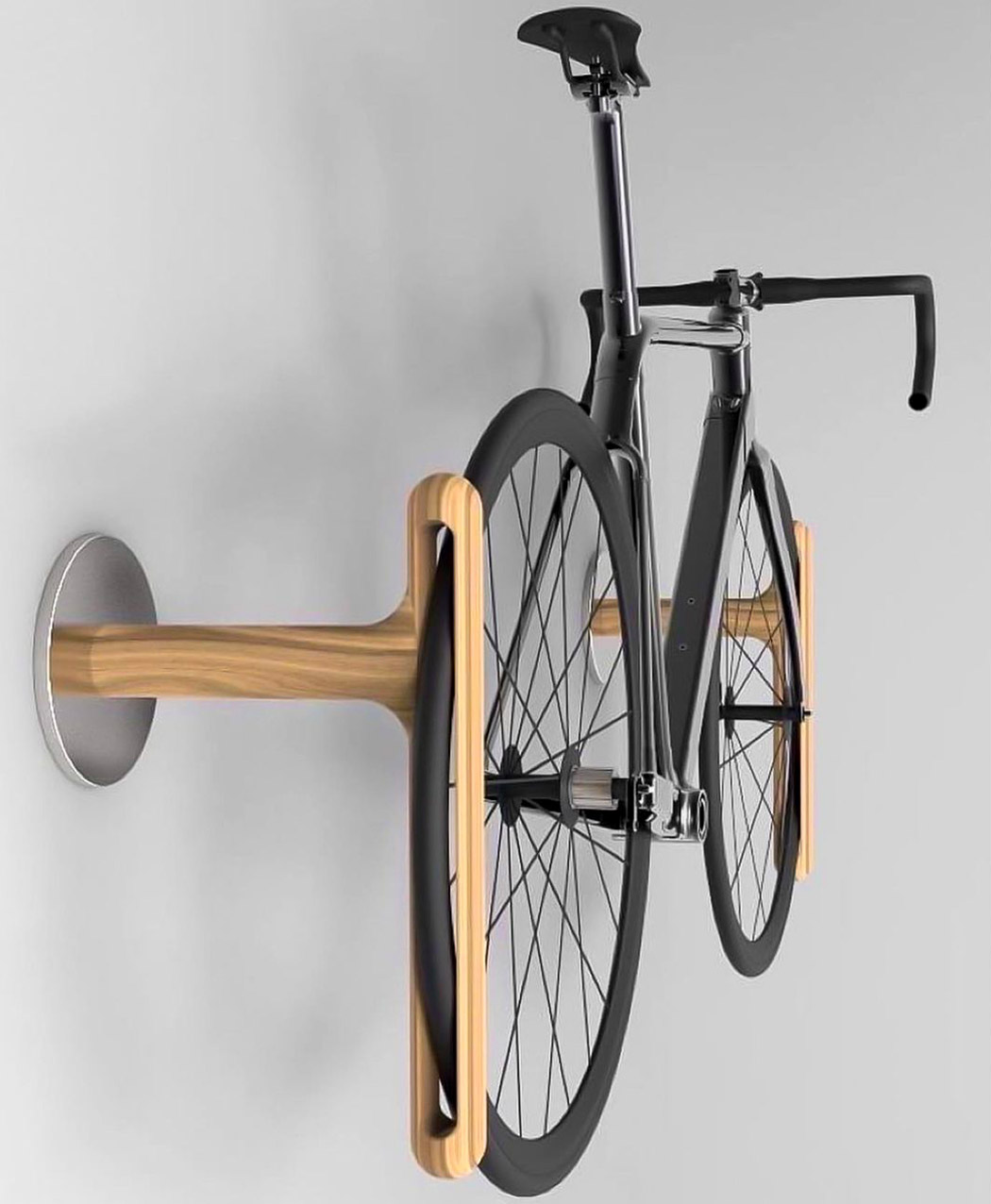 This minimal bike wall mount truly showcases your ride! Bike wall mounts are usually eyesores because of their clunky form. You rarely find a wall mount that is aesthetically pleasing but this one by Alexander Yoo is what visual zen looks like. The wooden brackets and metal base works with any interior set up and the CMF gives it an evergreen style. This bike wall mount puts your ride in the spotlight. It keeps it visually clean and clutter-free! 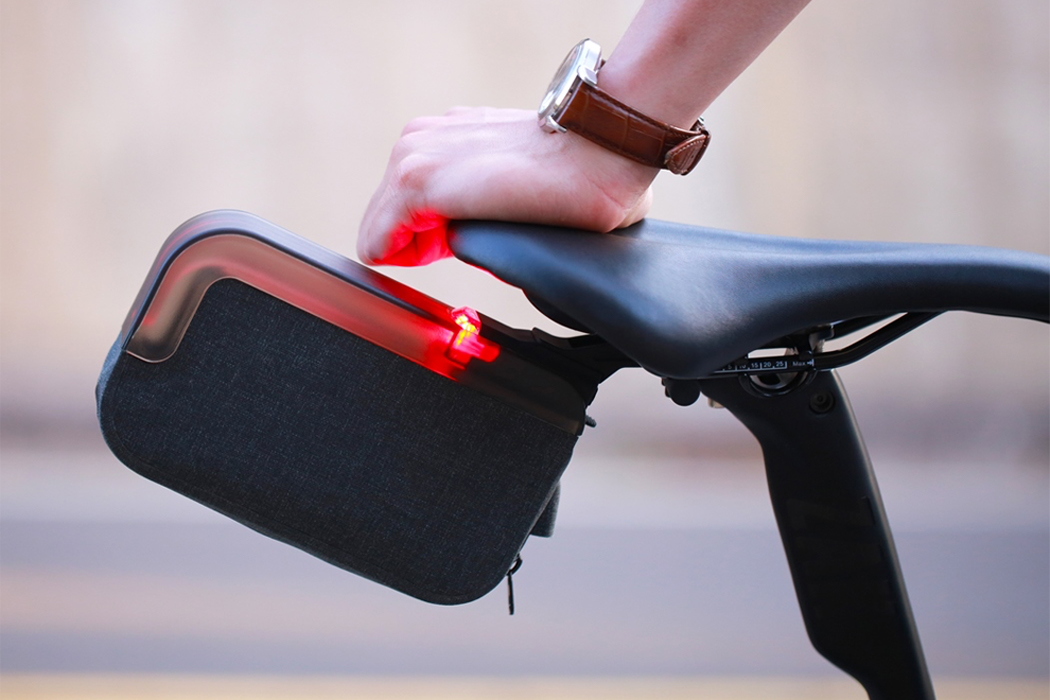 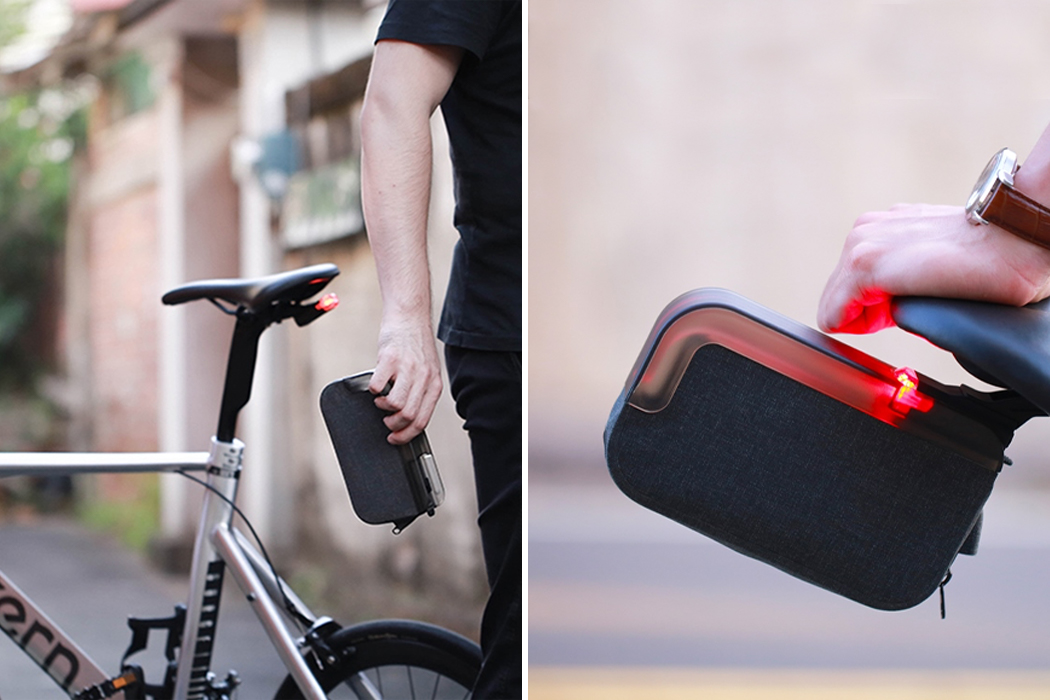 The Lumis Bike Bag from Happy Buddha integrates a translucent compartment area and accompanying rear signal light for their storage bag to assure riders that they’ll be seen on the road even at night. To attach Happy Buddha to their bicycle, users simply slide the Lumis Bike Bag’s translucent plastic covering onto the rear light and both can then be connected to the bicycle. The rear light projects onto Lumis Bike Bag’s plastic top to increase its visibility and brightness for nighttime riding and packed city streets. Whenever the user’s bike is left unattended, the Lumis Bike Bag itself can easily be dislodged from its joined rear light, providing portability and an added sense of security. 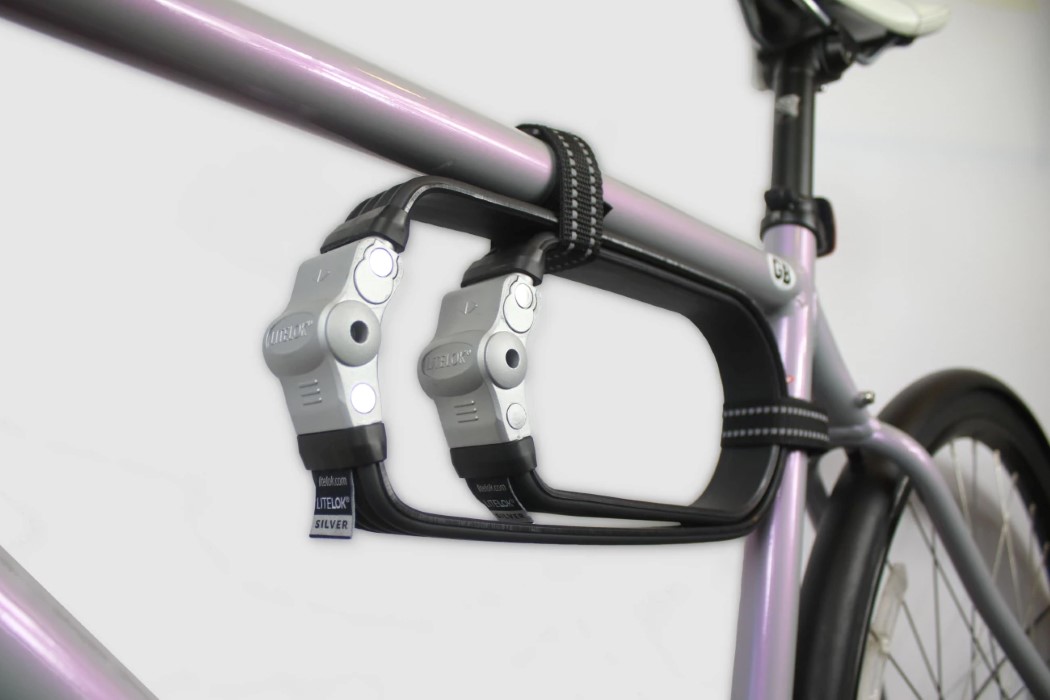 Litelok Go Flexi-U is the world’s first insurance-rated, flexible U-lock for bikes. Unlike conventional U-locks that come with a rigid design, the Go Flexi-U sports a flexible design that can easily wrap around poles, fences, and other objects. It matches the strength and durability of traditional U-locks while being incredibly lightweight (641 grams). Moreover, it easily straps to your bike’s frame, making it rather easy to carry around with you as you ride! 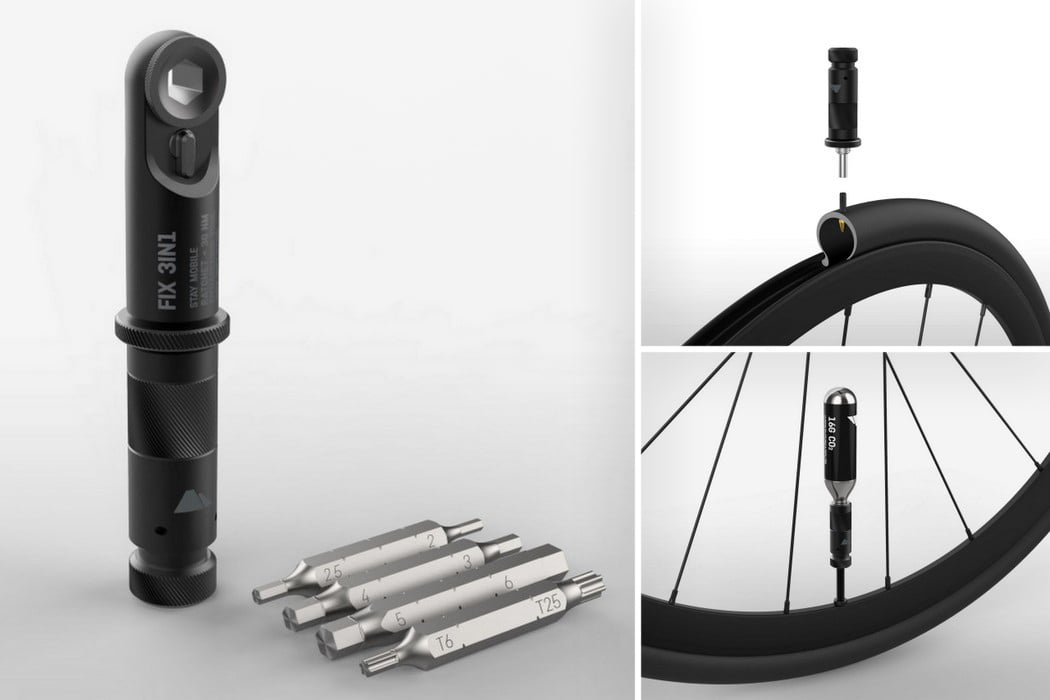 Don’t let its unseemingly tiny design fool you, Canyon’s Fix 3-in-1 tool houses a veritable bicycle-fixing tool-shop in a compact yet extremely versatile form factor. Combining 3 tools into 1 small, light mini-tool, it features a ratchet with 4 double-sided bits, a Dynaplug® tool to fix punctures on tubeless tires, and a CO2 inflator to pump up flats. With a CNC-milled aluminum body, it weighs just 45g yet can deliver up to 30 Nm of torque, helping you pull apart your cycle and fix it together with no fuss. Plus, it’s about the size of your finger, so you can easily stash it anywhere while riding. 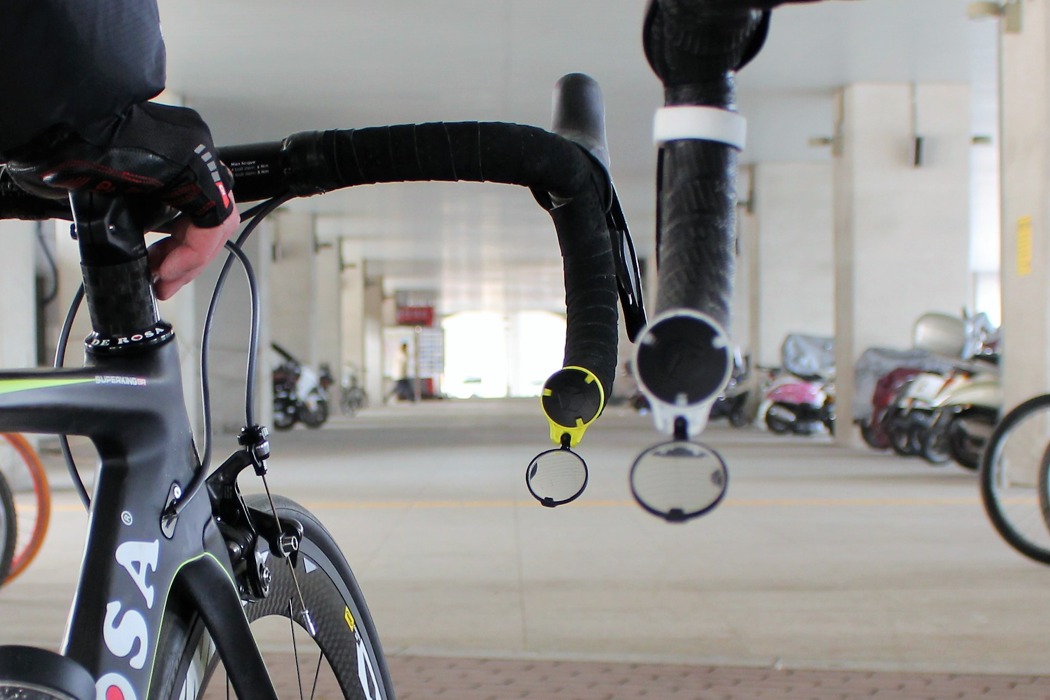 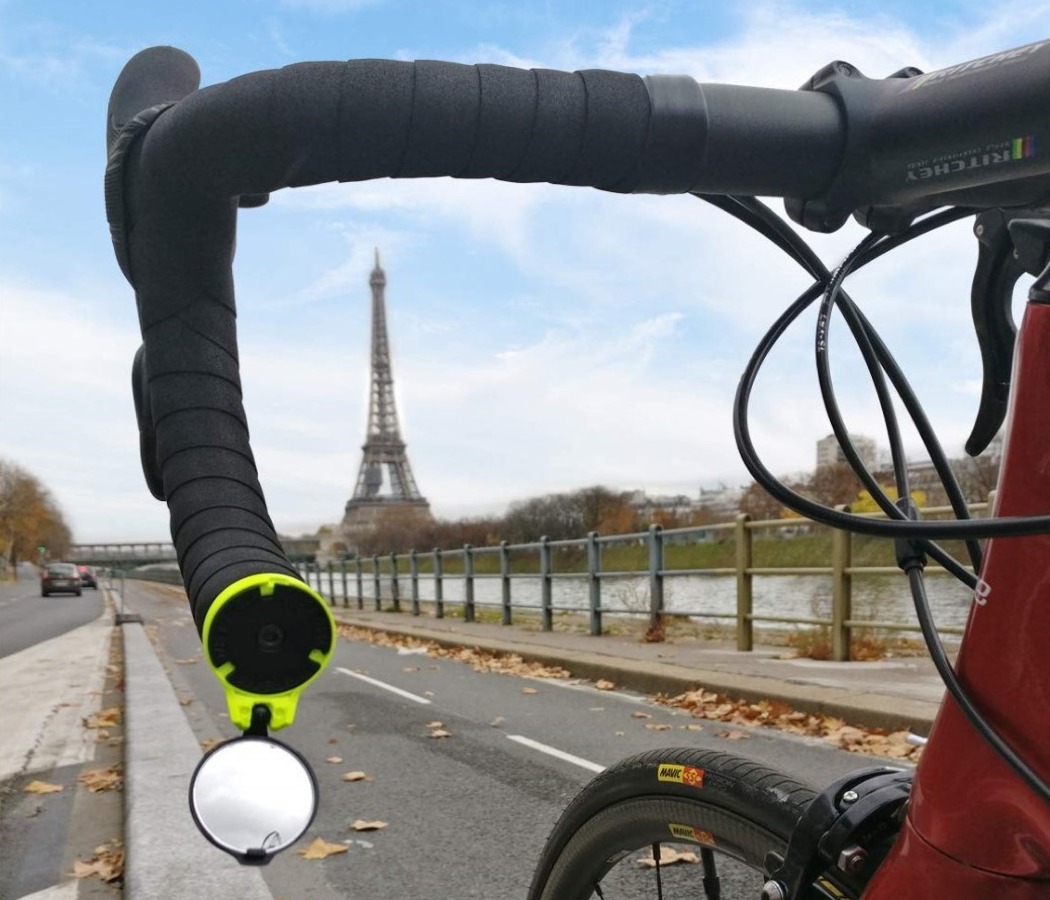 The Corky by THE BEAM gives you the literal power of hindsight. Designed to snugly dock right into your bike’s drop bars, Corky’s universal design retrofits into any bike’s handlebars, giving you an instant flip-out convex rear-view mirror that lets you occasionally get an idea of what’s behind you. The Corky’s design weighs a mere 16g, adding functionality to your bike without adding weight. The ABS body is lightweight and impact-resistant, while the PC mirror is robust and can resist scuffs and scratches. Within the ABS body lies a steel bolt that lets you tightly fit the Corky into your bicycle’s drop bar. 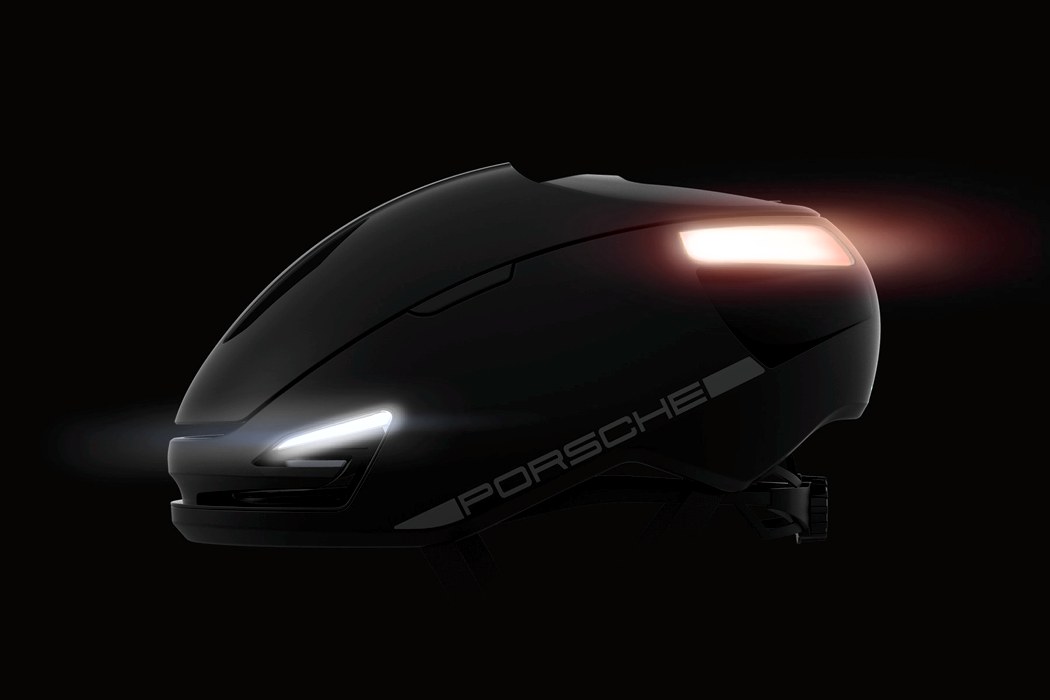 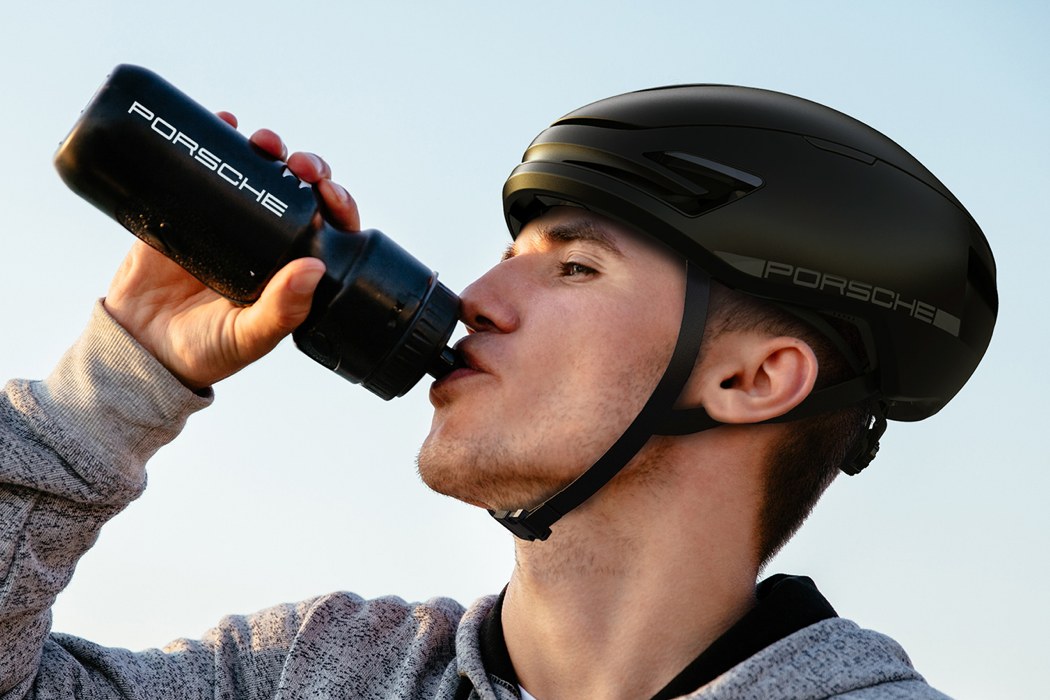 Vanity is one of the main reasons why cyclists ditch the helmet and ride without any head protection. I understand their point of view, but don’t agree with them. You could be a safe cyclist, but there is little that you can do about an inefficient driver. Solving the issue of using a helmet that mars your appearance, the Porsche Vuelta Smart Cycling Helmet looks sleek and sexy. It almost makes you feel like you’re riding a Harley Davidson or a Porsche Bike! The goodness doesn’t stop here, designer Jihwan Lee has also included smart functions like front and rear lights, hard brake and turn signals, onto the helmet. The Porsche Vuelta pairs up with your phone via Bluetooth and intuitive buttons are on the side to adjust volumes without having to take your phone out. 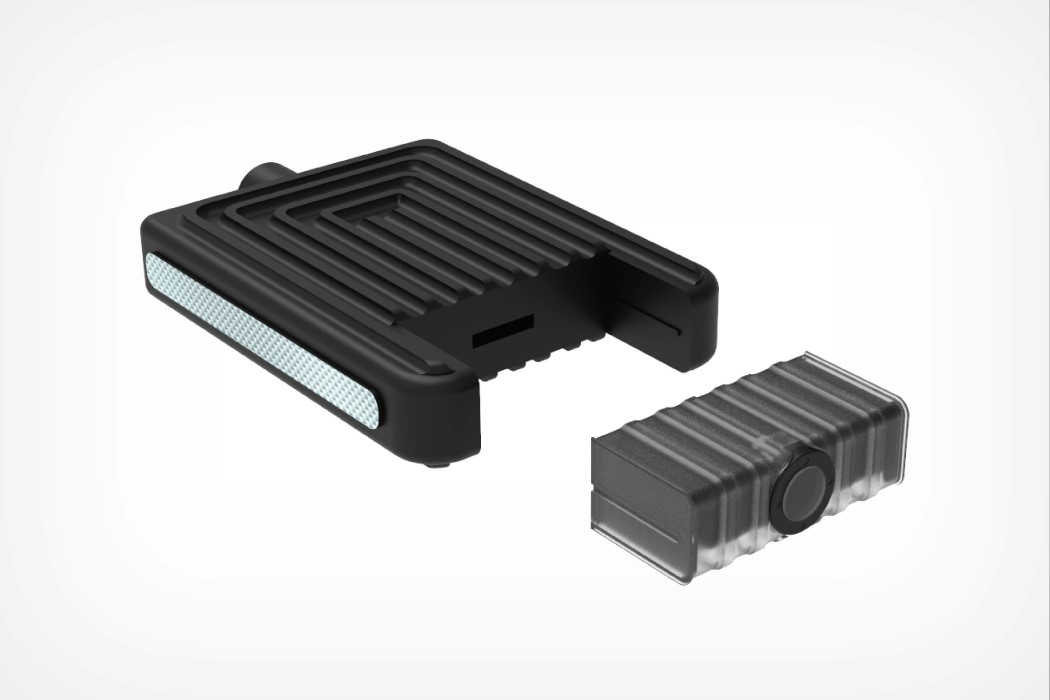 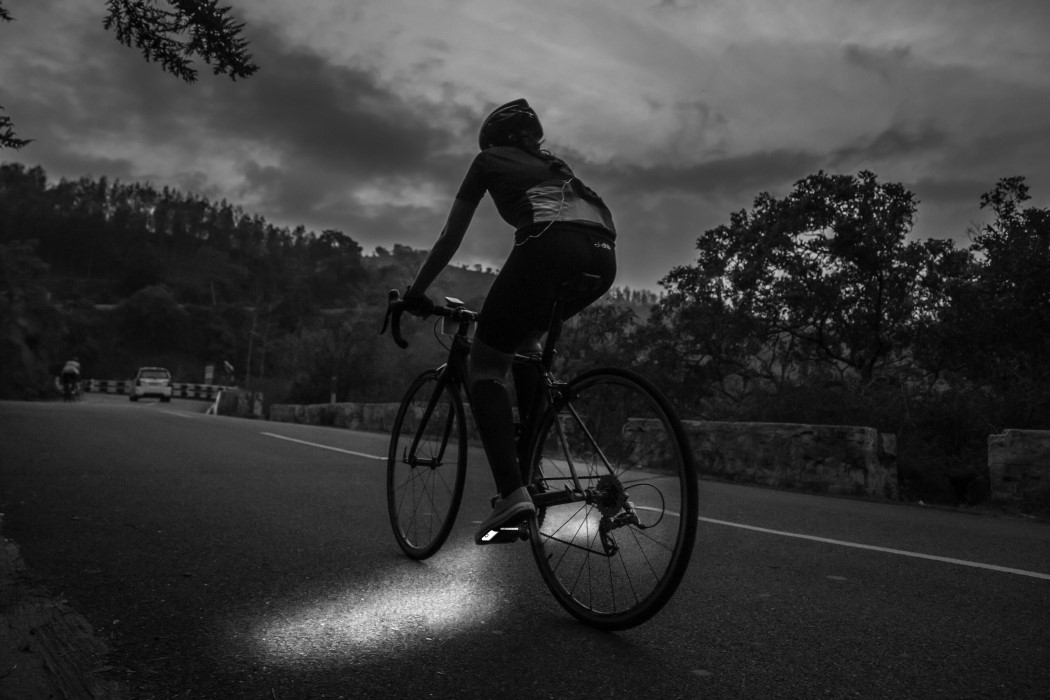 The UFO Lights are a pair of pretty standard-looking pedals, albeit with a key difference. They come with detachable lamp modules that sit flush at the end of each pedal, and you can switch them on to help other vehicles on the road see you better. The lamp units come with 300-lumen LEDs on the inside that automatically switch on when you begin riding, and turn red when you decelerate, just like a taillight would. The lights move as your pedals rotate, creating a motion pattern that makes them easily visible in the dark – allowing cars, bikes, larger vehicles, and even pedestrians to be alerted of your presence. Beams are even cast on the road below to create a 1-meter halo, giving other vehicles a buffer zone as they overtake you. 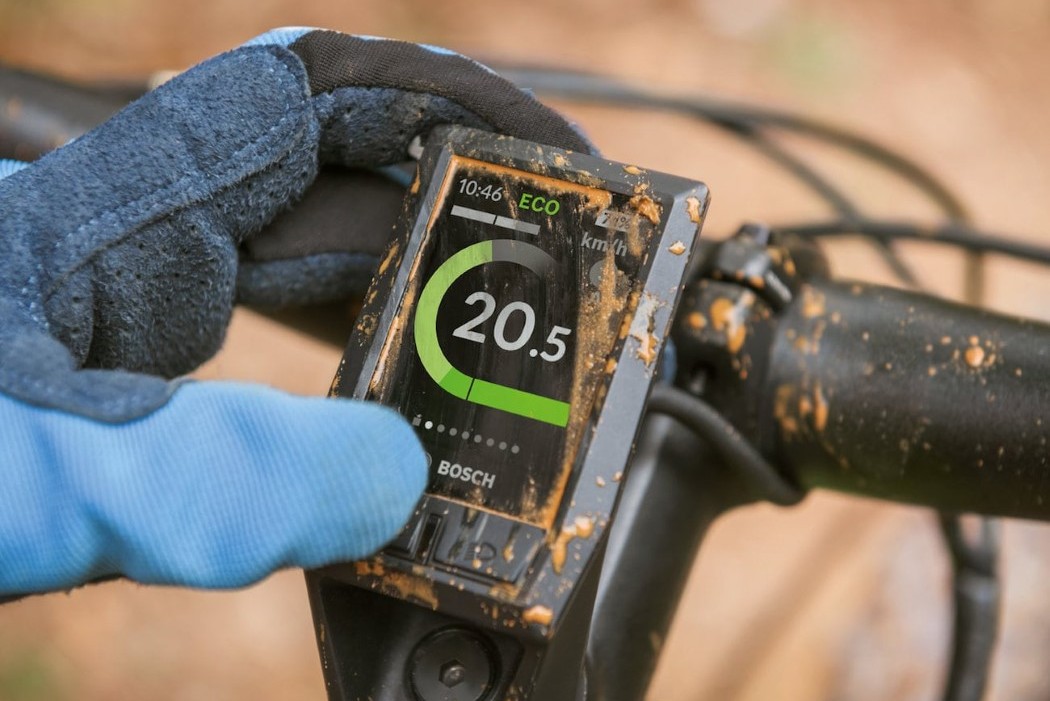 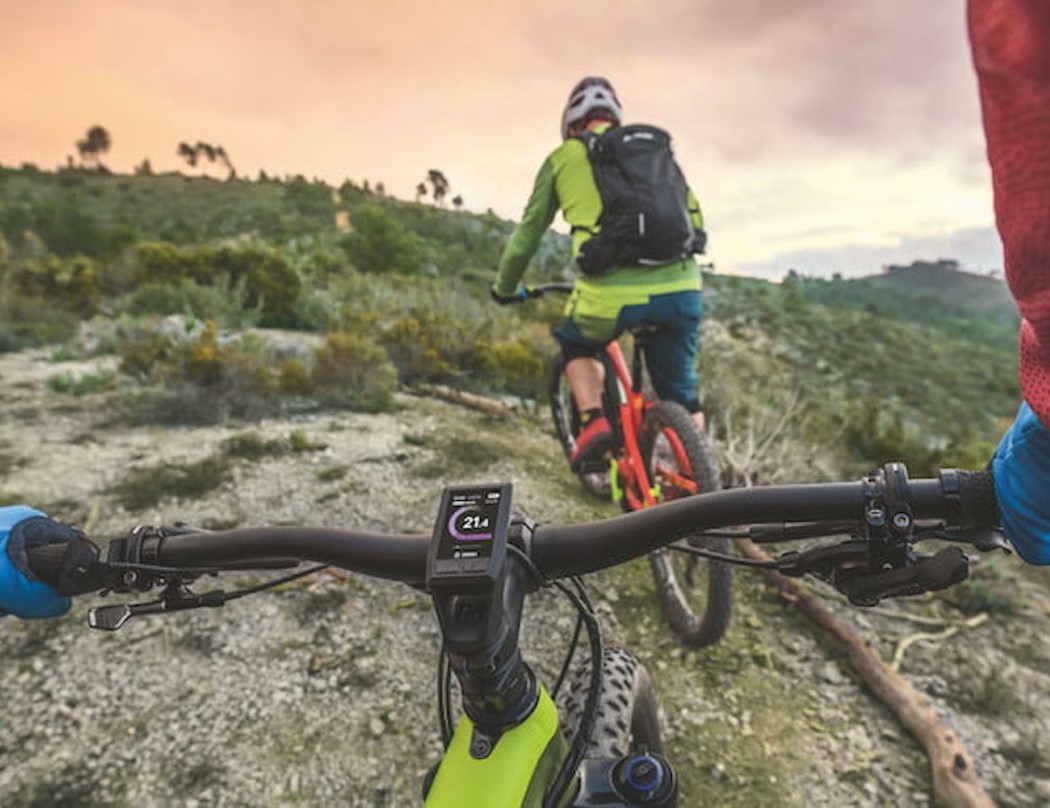 The Kiox is an onboard computer for your e-bike that lets you visualize data such as your speed, cadence, distance, battery level, and even access more niche features like indicating when your bike needs servicing, as well as rider’s health stats like heart rate, etc. Kiox’s main device sits right between your handlebars, while its control (a separate unit) can be mounted near your left or right hand for ease-of-use. A 1.9-inch screen comes with vivid colors that can display data in all weather and daytime conditions, and it even comes with a GorillaGlass cover to protect it from scratches, bumps, or even grit that may get on it as you cycle through demanding conditions. 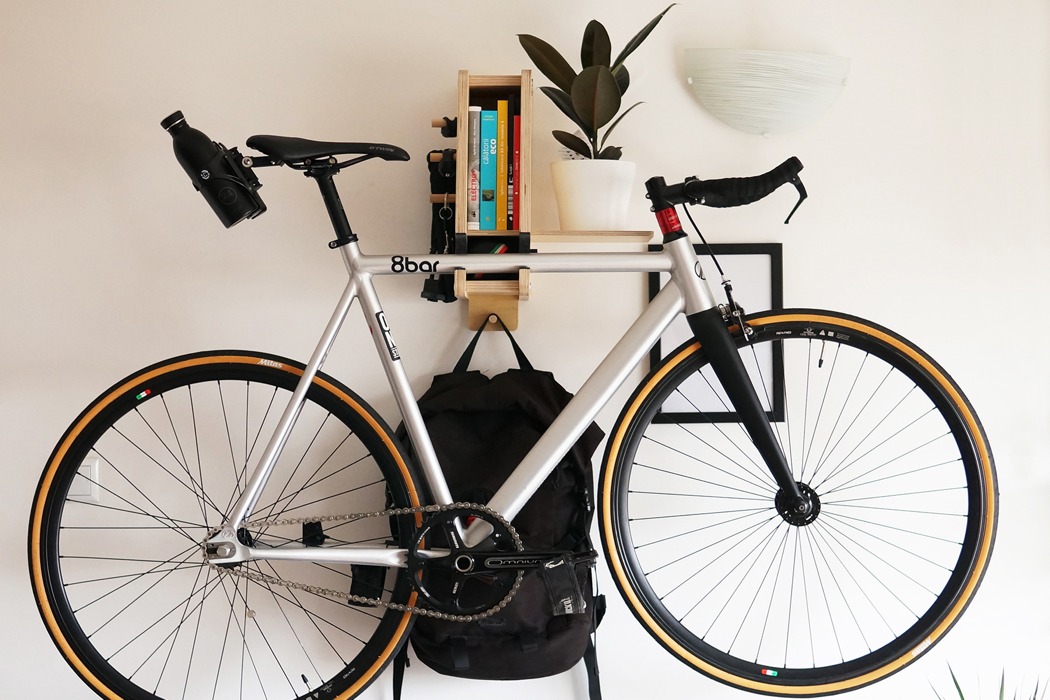 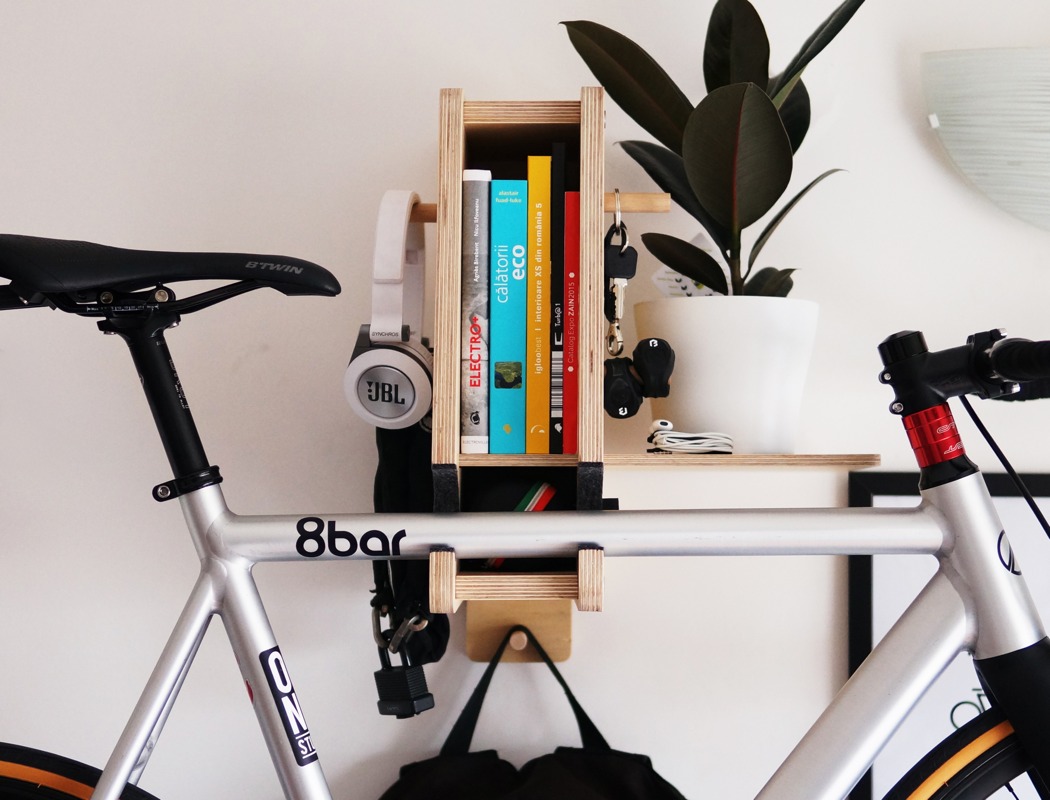 Wall-mounted bicycle storage appeals to two demographics, the first being fanatics who view their bicycle as a piece of art and would love for it to become a feature in the home. The second is for people who live in compact, inner-city apartments where space can be limited and having to store a bulky and awkwardly shaped bicycle can be a hassle. The Berlin Bicycle Rack caters to both these demographics, as not only is it a stunning, Nordic inspired bicycle rack, but also a storage system for other household possessions; the Birch wood assembly lends itself to the storage of magazines, bicycle accessories, books and office items. The hand finished, contemporary design allows for the Berlin Bicycle Rack to be introduced into a wide variety of interior décors and to be seamlessly integrated into the space. 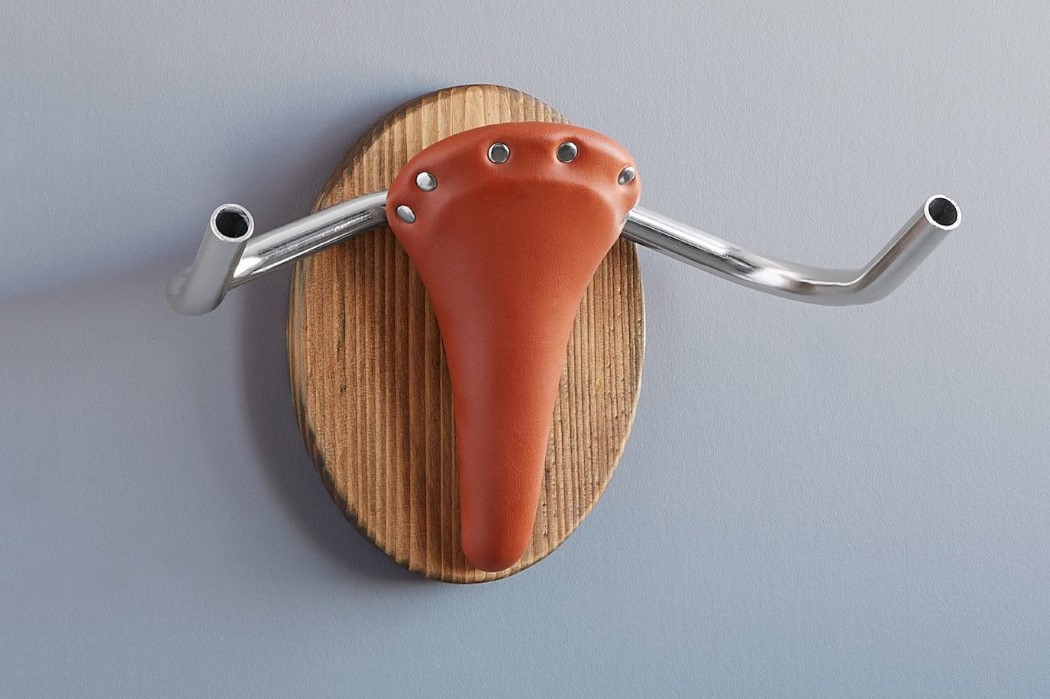 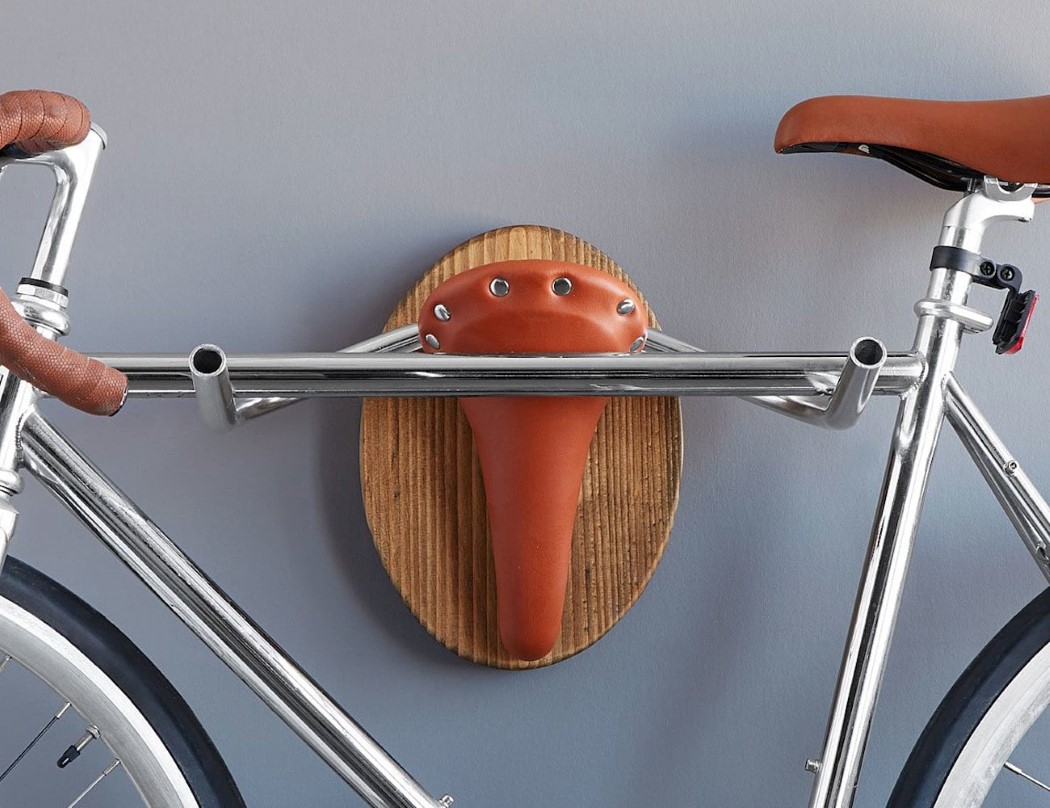 Designed to look like an abstraction of a wall-mounted animal trophy, the Longhorn is hand-crafted in Portland, Oregon, using Evergreen Wood, a leather bicycle seat, and bull-style road handlebars. The wall art isn’t just aesthetically pleasing, but it serves as a functional bike rack too! Equipped to hold any standard-sized bicycle (weighing up to 65lbs), the Longhorn suspends itself using 3.5″ screws to bring unquestionable stability no matter what wall material you hang it on. No bicycles were harmed in the making of this rack… I assume.

For more handy and innovative bicycle accessories, check out Part 1 and 2 of this post!

A new way to drink water

Why should a faucet for drinking water look the same as the faucet in your bathroom or garden? Here’s a defiant and different design for…

Most of my friends get all awestruck and goofy when they lay their hands on the latest netbooks. For me it’s always been an affair…

Apple Concepts are getting to repetitive these days so its great to see some Nokia indulgence. What we have here is the Nokia Lumia 999…