What happens inside Apple’s design studio remains one of the world’s most closely guarded secrets… it’s bad for consumers (because they’re often taken by surprise), but it’s great for concept designers who get tonnes of leeway when it comes to making experimental versions of their favorite gadgets. Meet the iPhone 14 concept from the mind of Max Burgos – for the most part, it looks just like a normal iPhone, except for the unique secondary display located on the back, wrapping around the camera module. 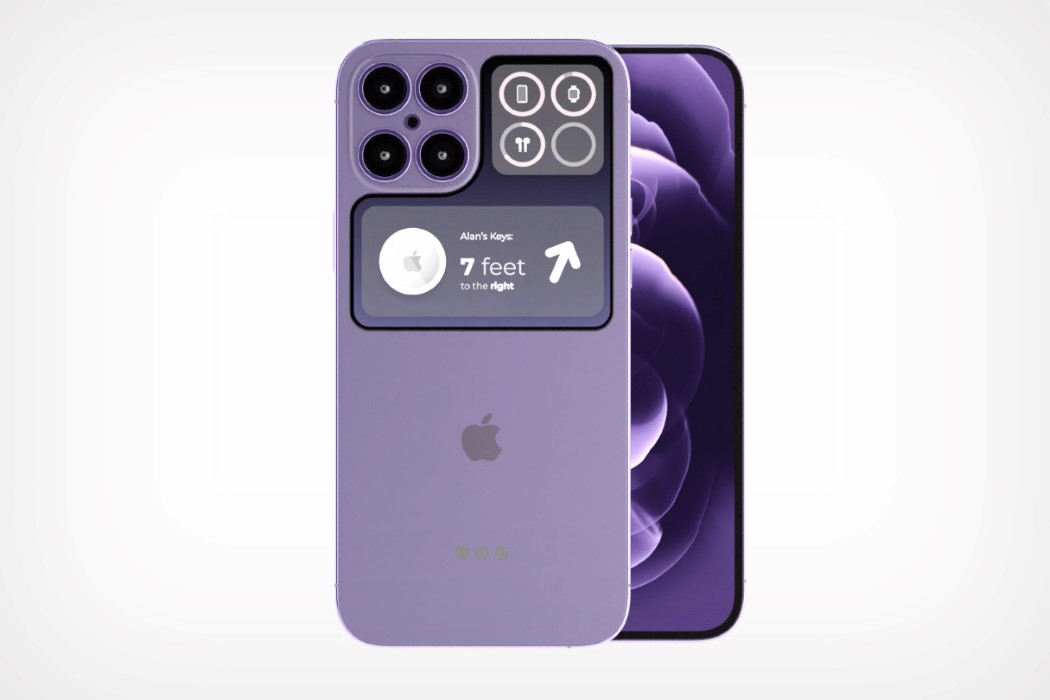 The iPhone 14 concept shows the unique symbiotic relationship displays have with cameras. On the front, the camera results in a notched display, on the back, however, the camera causes the display to take on an L-shaped design! As unusual as this secondary display may be, it actually serves as a way to reinforce Apple’s app ecosystem – here’s how. The secondary display could be prime real estate for interacting with Apple’s OWN apps. Apple’s clock would show up on the back, iMessage notifications could pop up on the screen, and it could even serve as a dashboard for AirTag tracking. The L shape provides a lot of freedom as far as interfaces go – Burgos even demonstrates how a rear-facing camera app would look, allowing you to click wide-angle selfies using the iPhone’s main camera! 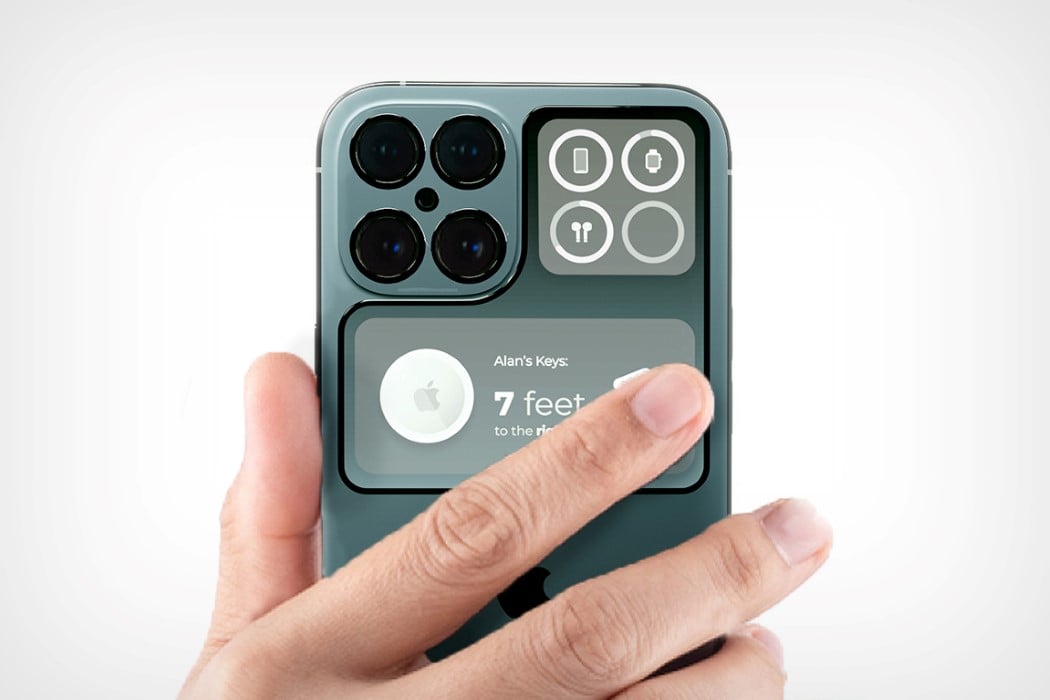 While entirely conceptual (the iPhone 14 isn’t due for another 16 months), Max Burgos’ iPhone 14 exists as a fan-made design that reinforces HIS OWN wants and aspirations from an iPhone. It’s rare that the execs at Apple ever reach out for customer feedback, so these concepts are perhaps the only way in which consumers can actually express interest in new features or visual details. I’d even throw a 3.5mm jack into the concept, just for kicks! 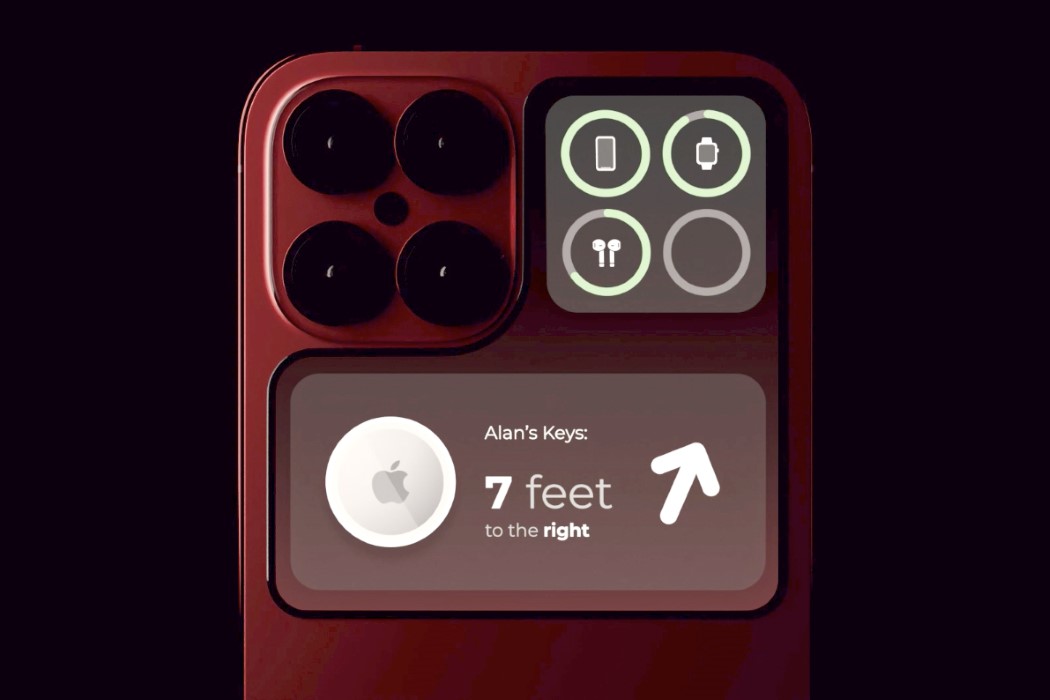 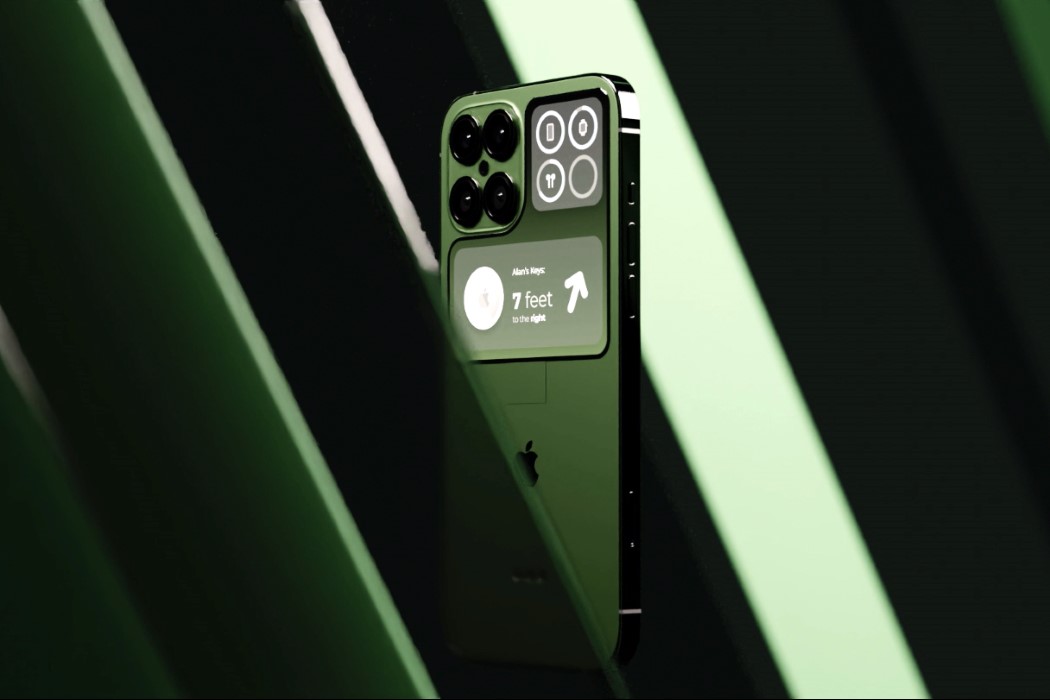 The undependability of umbrellas is such that we’ve come to view them as temporary fixtures in our lives. Instead of merely accepting this notion, designer…

Because Green is Wealth!

Who knew a backslash could be sexy?! The Viola Park Backsplash Shelf features a powder coated steel shelf for quick access to frequently used ingredients…

Cyble is a interactive bicycle rack that focuses on spatial savings to secure bikes in public spaces. Users manually push their front wheel into the…