Finding out if tiny living is for you can be done in different ways. For Swiss couple, Pierre Biege and Lea Biege, finding out happened after watching a documentary on Netflix called Minimalism. After considering what’s most important in their lives, the couple went through an extreme decluttering process which led to their testing out different tiny spaces, ultimately finding their way to Holger, a tiny home with plenty of storage built by Wohnwagon perched somewhere in the Swiss Alps.

Walking inside Holger, the tiny living space is completely open to house a kitchen, sleeping and dining areas, as well as a play corner for Pierre’s and Lea’s daughter. While hidden storage areas are plenty inside Holger, the family of three live in a minimalist lifestyle by choice, so the home itself remains open and holds onto an air of spaciousness. The sleeping area keeps a big square bed that measures two meters in width and length, with the longest side jutting out an extra quarter of a meter, large enough for Pierre, Lea, and their daughter to sleep together.

Just below the family’s bed, long and voluminous pull-out drawers keep each of their wardrobes hidden from view unless pulled out. Moving to the next room over, Holger’s dining area sits below three porthole-style windows that bring in enough natural light to make the living areas feel that much more open. Positioned in the center of the dining area, a kitchen table unfolds to a full-sized dining table, accommodating up to six people. Some additional space-saving tricks can be found in the kitchen, where Lea uses a flat-pack step stool that folds and tucks back into the kitchen’s cabinets and a cutting board system called Frankfurter Brett allows the family to cook and clean with more efficiency.

While watching Netflix inside their 861-square-foot apartment, Pierre and Lea decided to declutter their living spaces and move into progressively smaller homes, going from their large city apartment to their 344-square-foot tiny home called Holger nestled in the Swiss Alps. Built by the Austrian tiny home builders Wohnwagon, Pierre, Lea, and their daughter all live together in Holger, where they’ve remained comfortable and happy in a home that’s nearly half the size of their previous apartment. 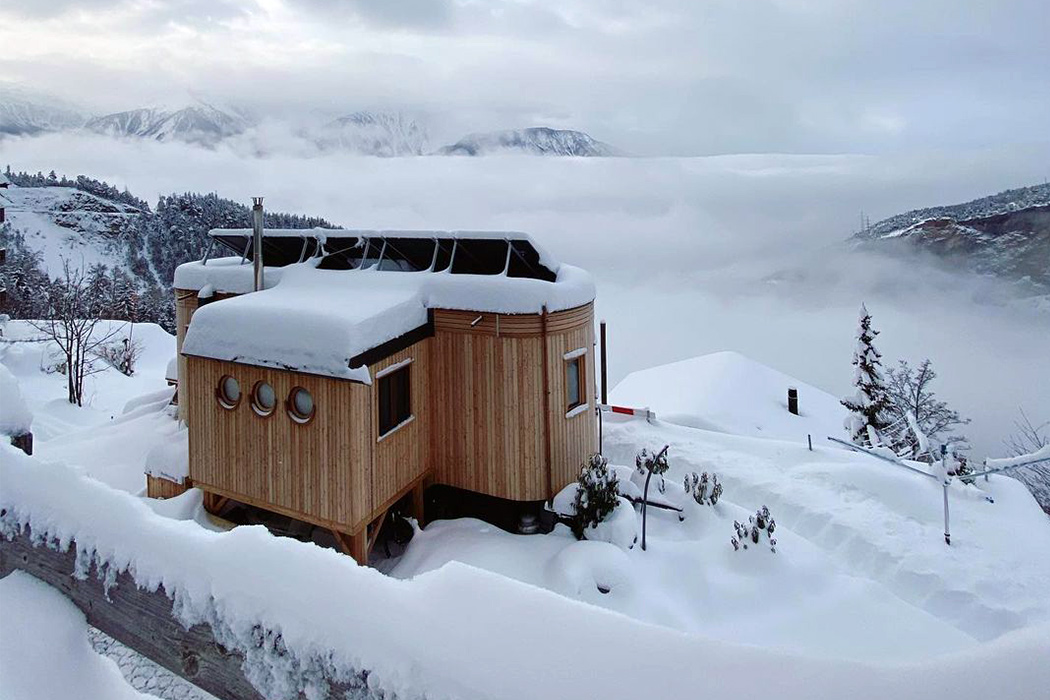 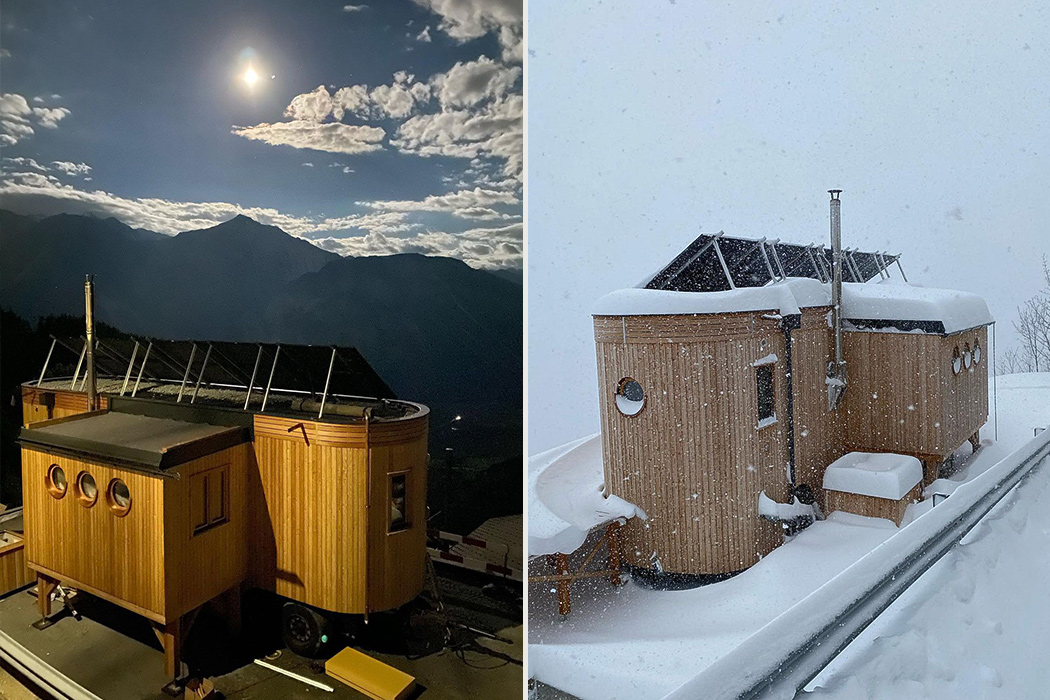 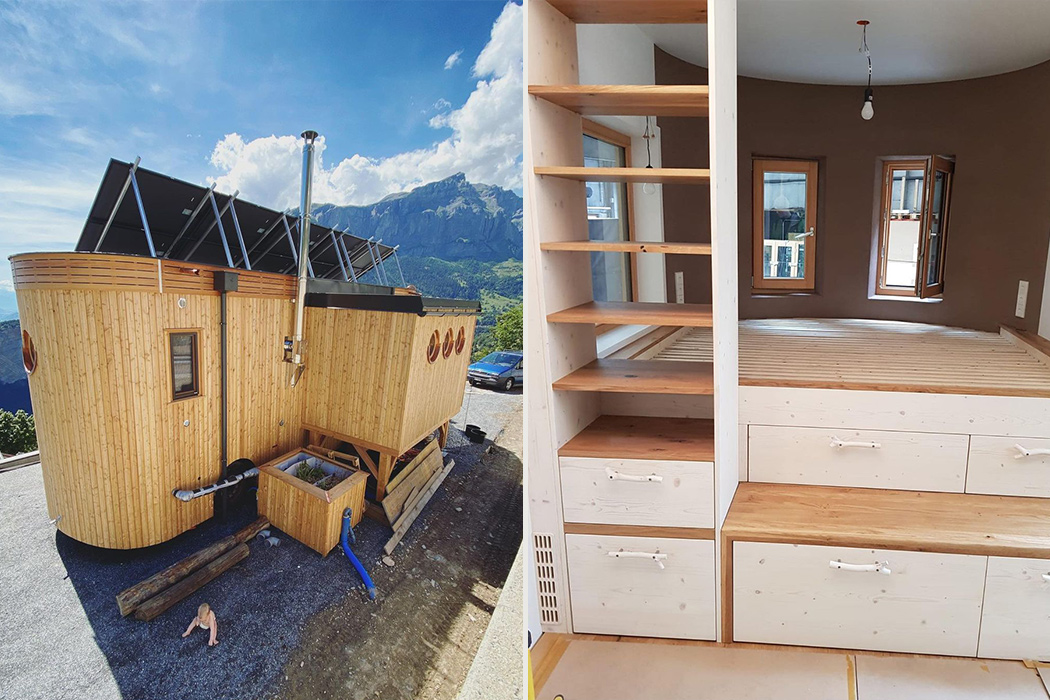 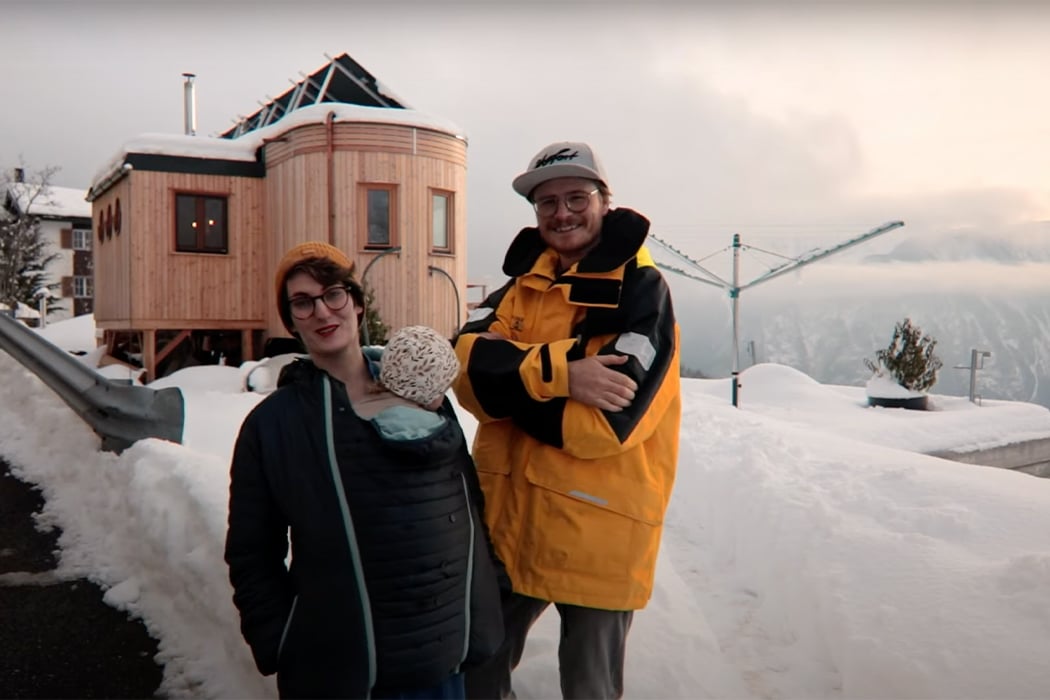 Pierre and Lea live in their tiny home somewhere in the Swiss Alps. 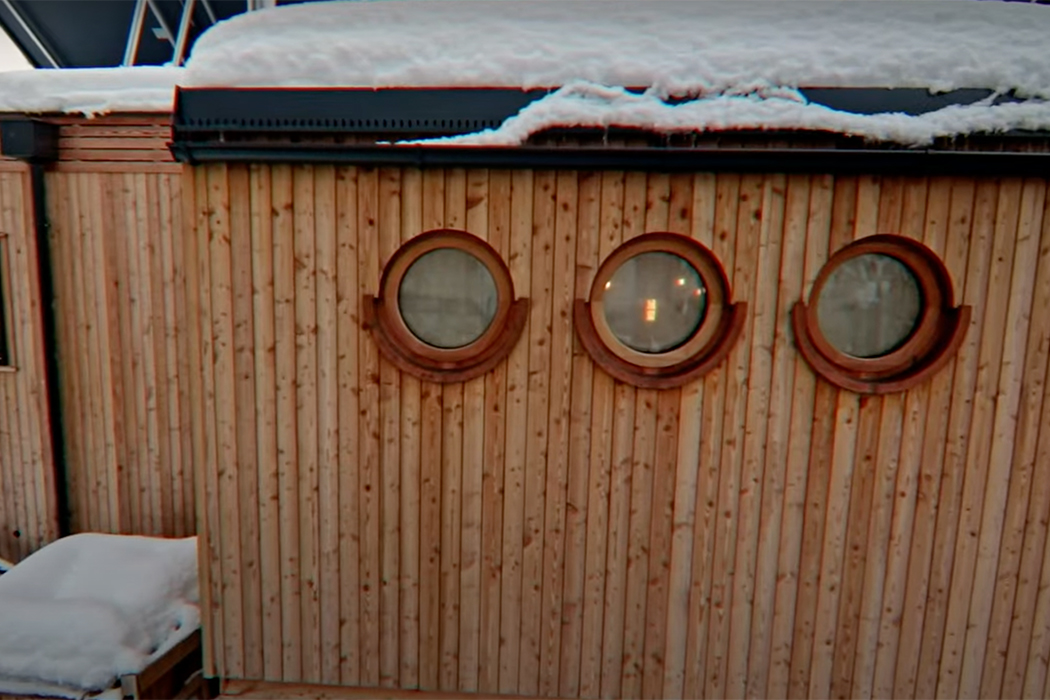 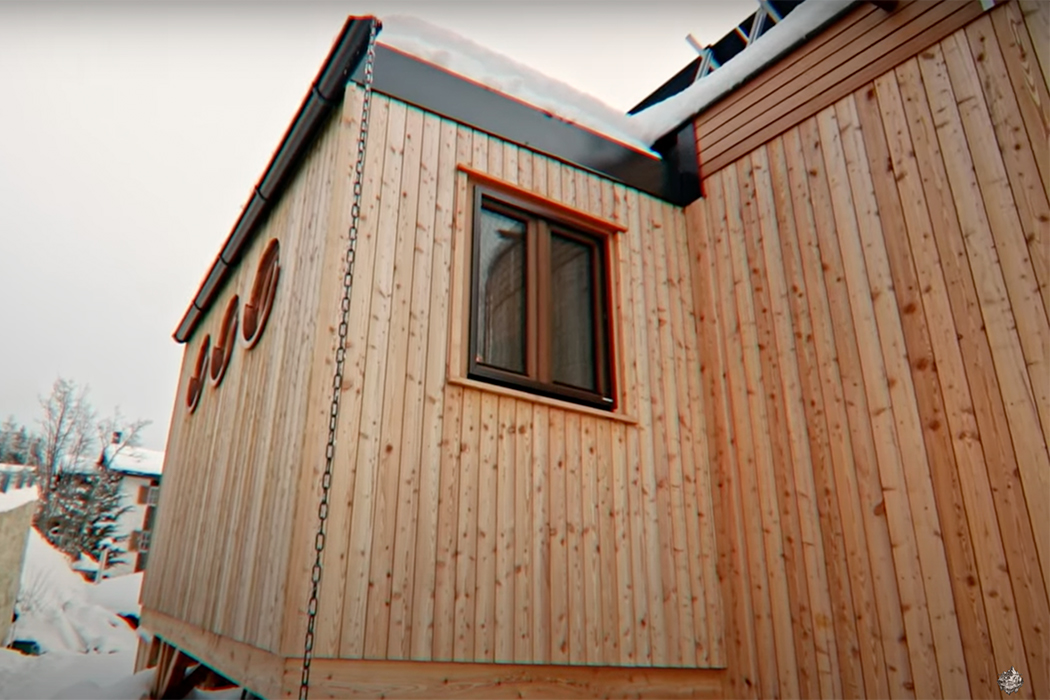 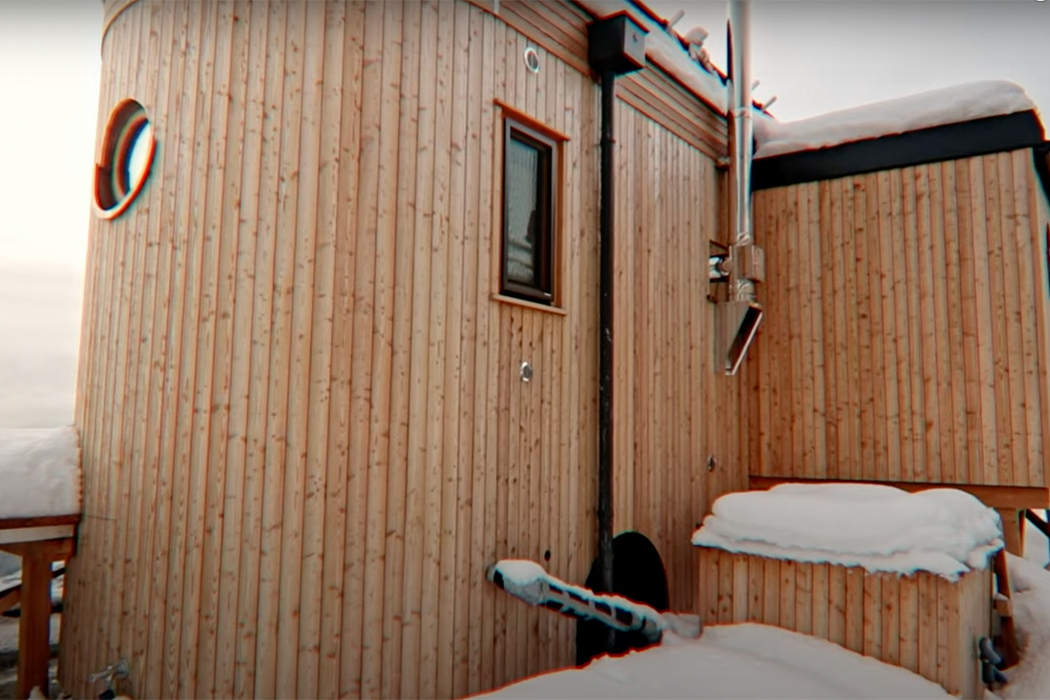 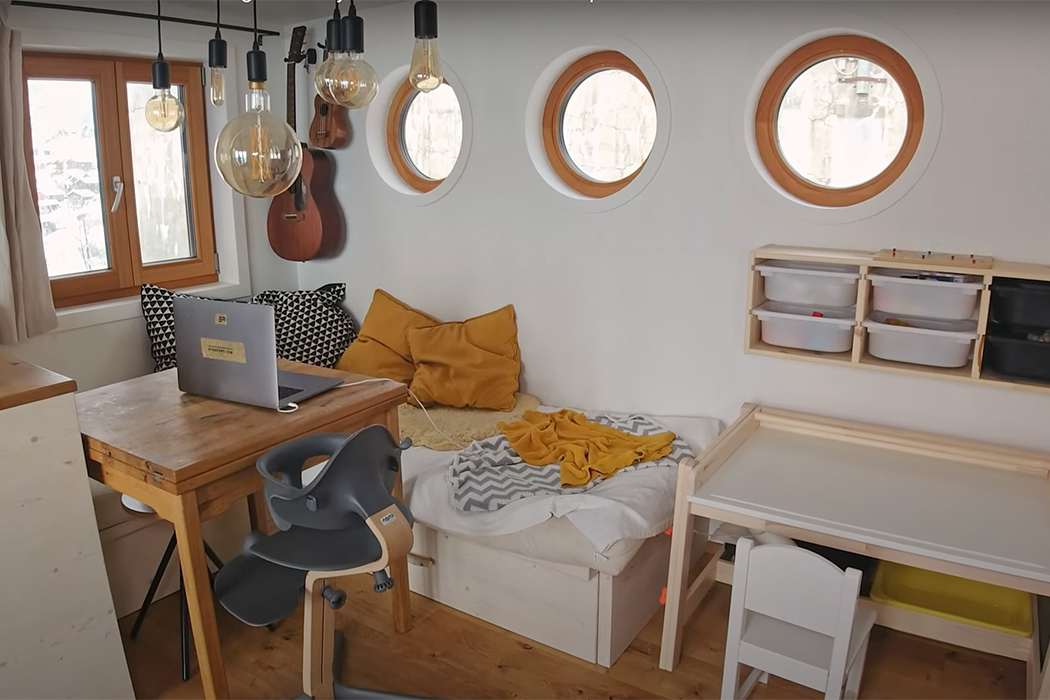 The dining area functions as more of a multipurpose room, with enough space for a play space, dining table, and working area. 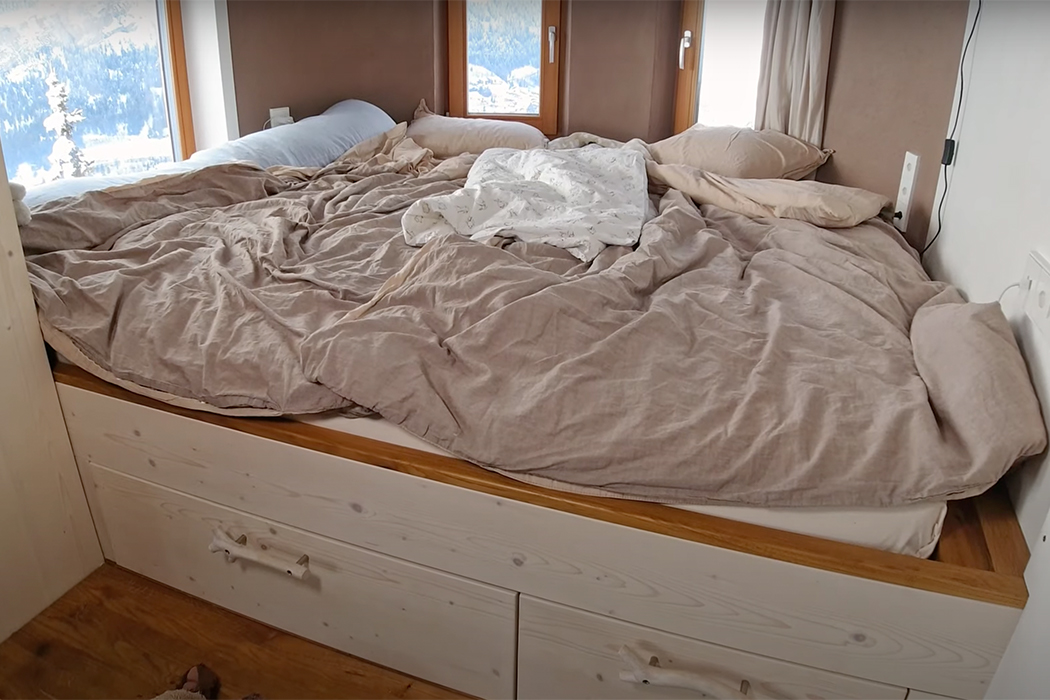 The bed, which reaches 2.25-meters in length is where Pierre and Lea co-sleep with their daughter. 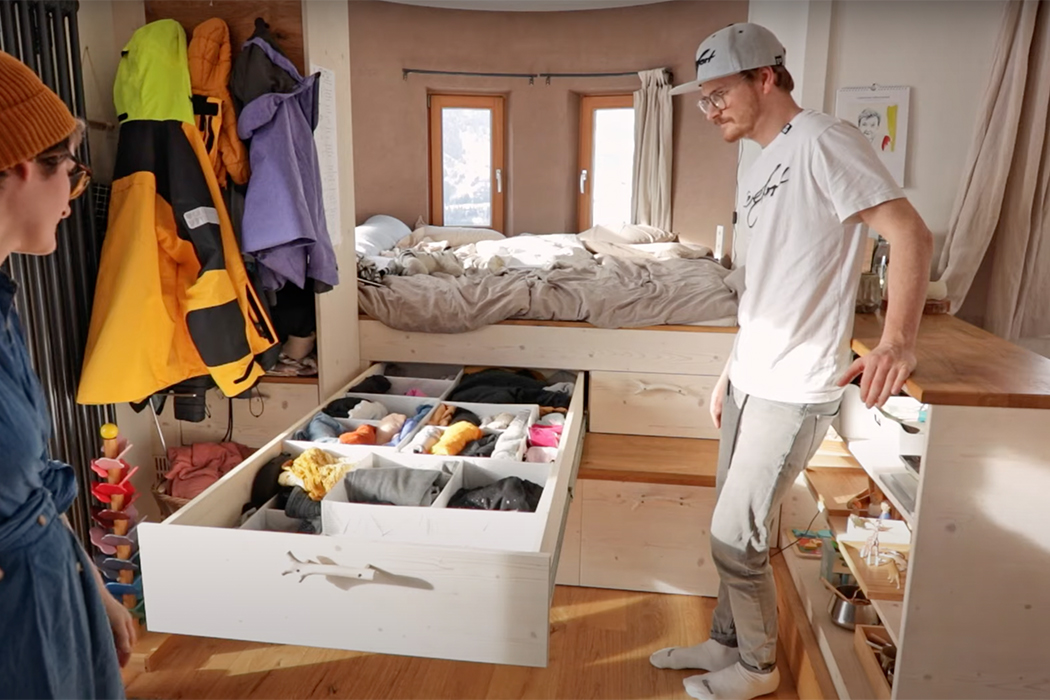 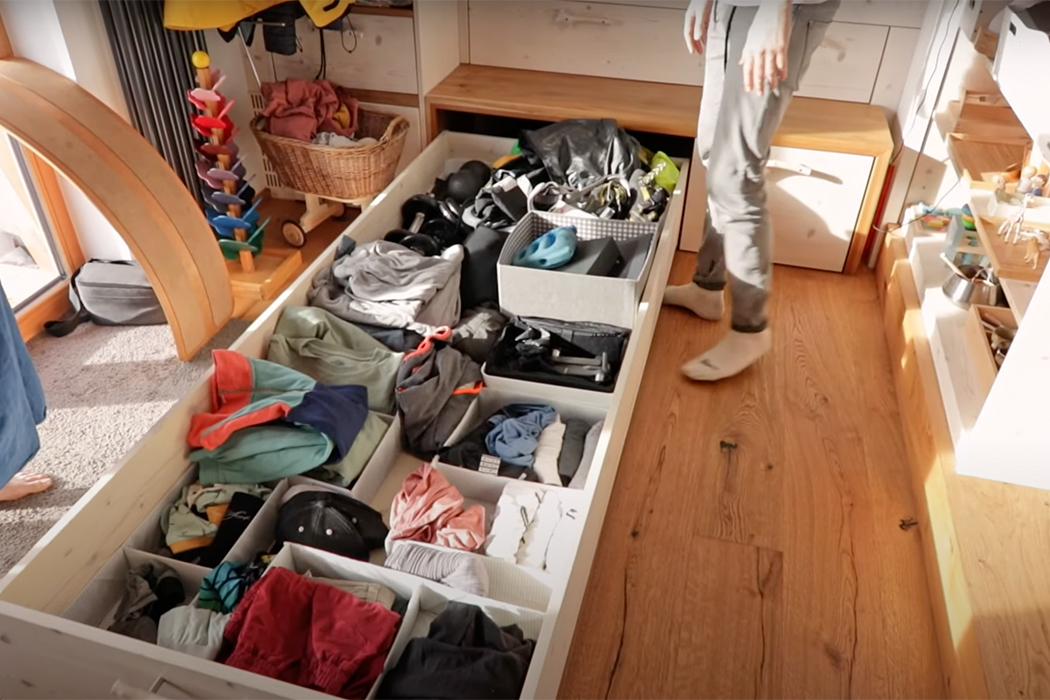 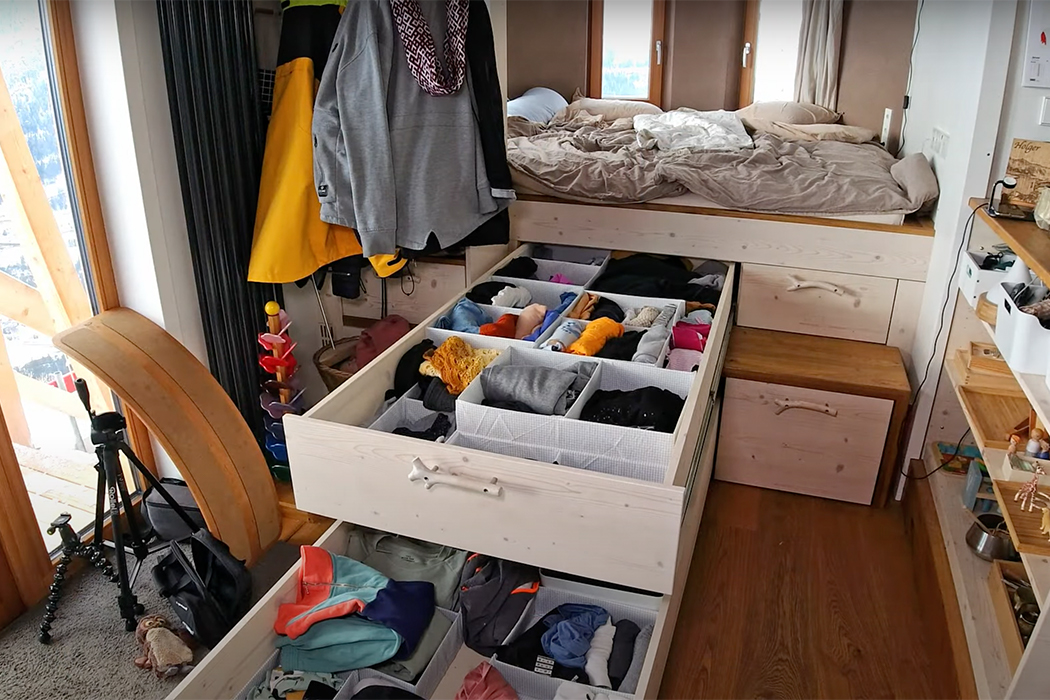 Beneath the bed, large and voluminous pull-out drawers store each of the family member’s wardrobes. 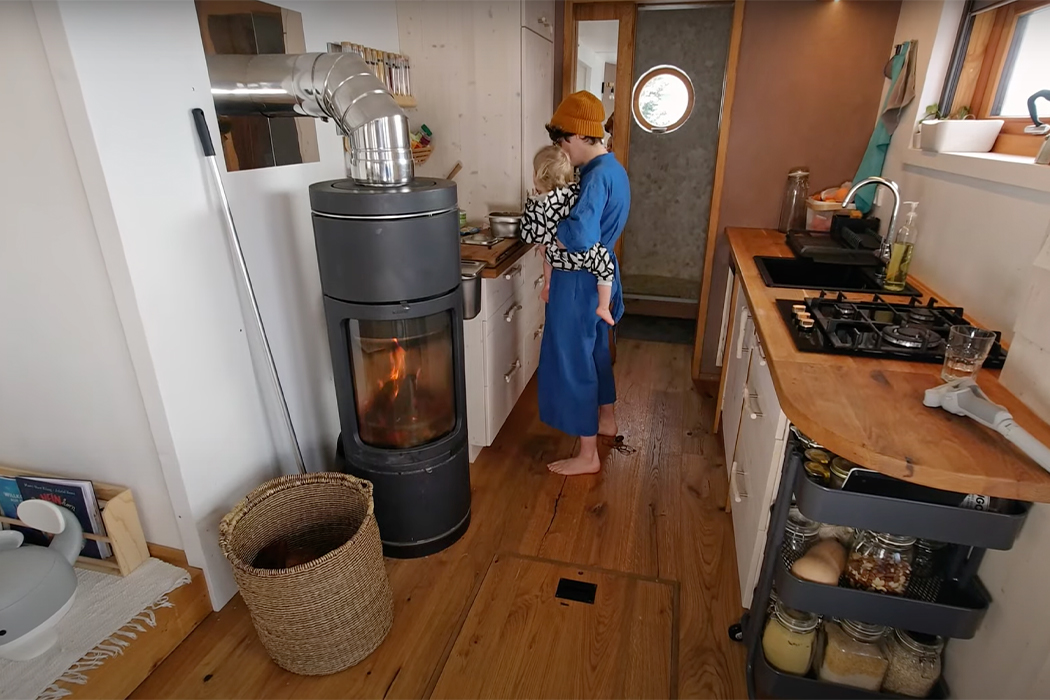 The kitchen features more hidden storage areas and tricks, as well as a woodfire stove for heat. 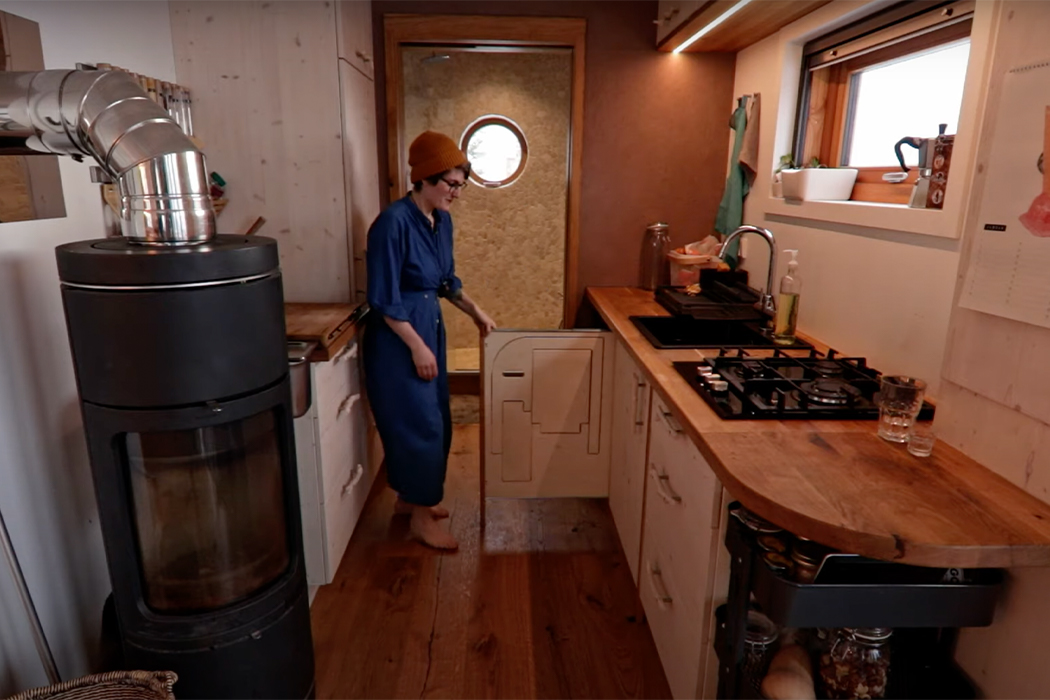 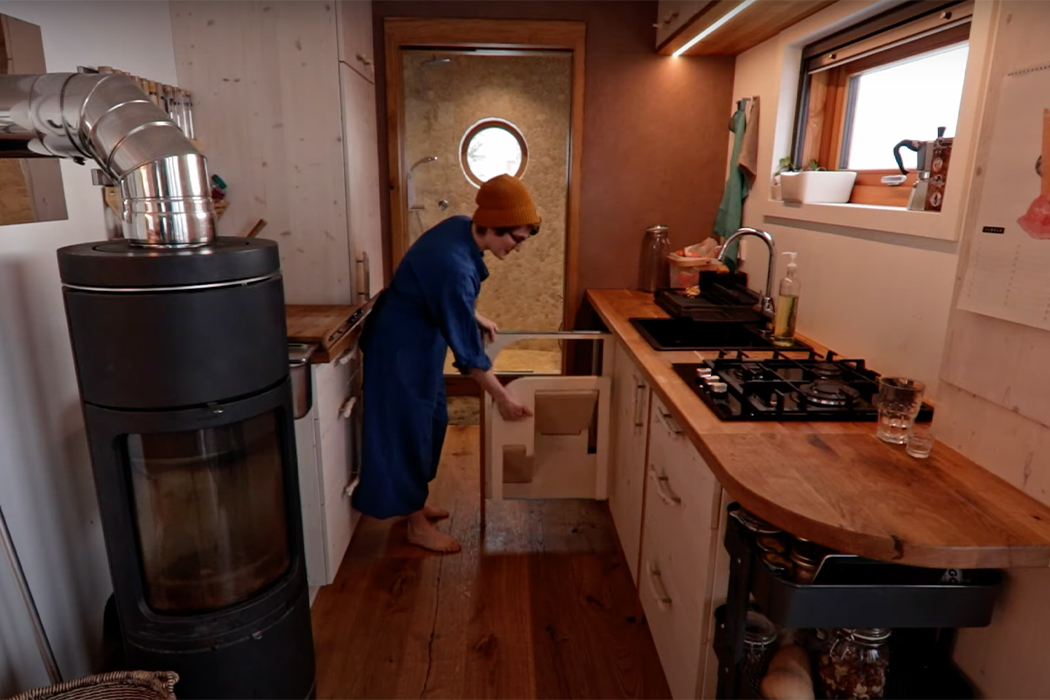 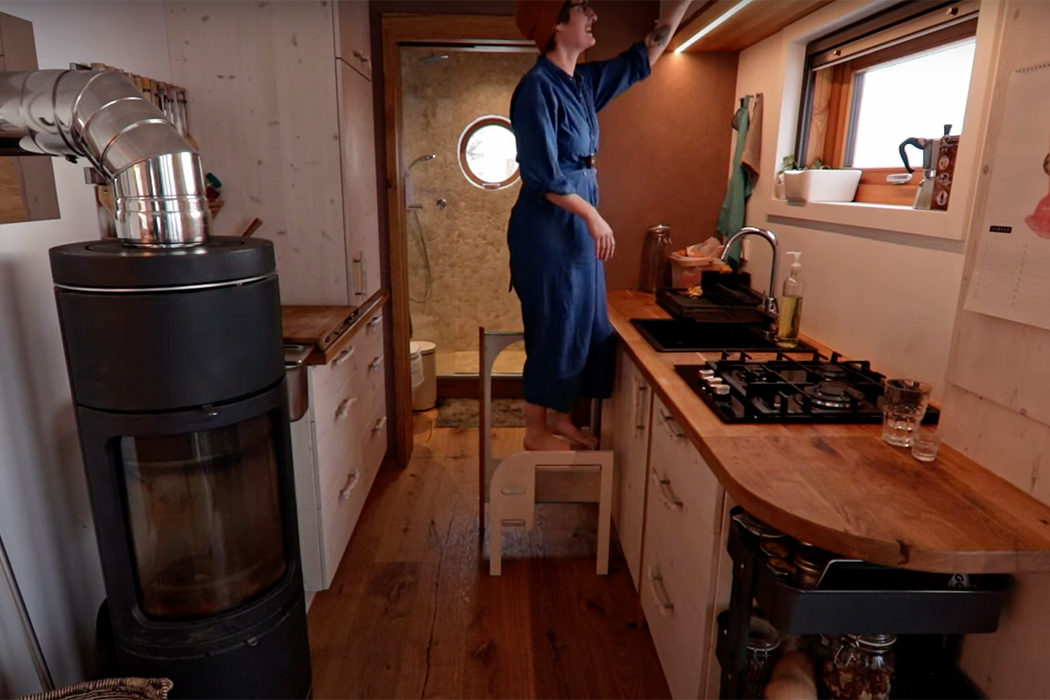 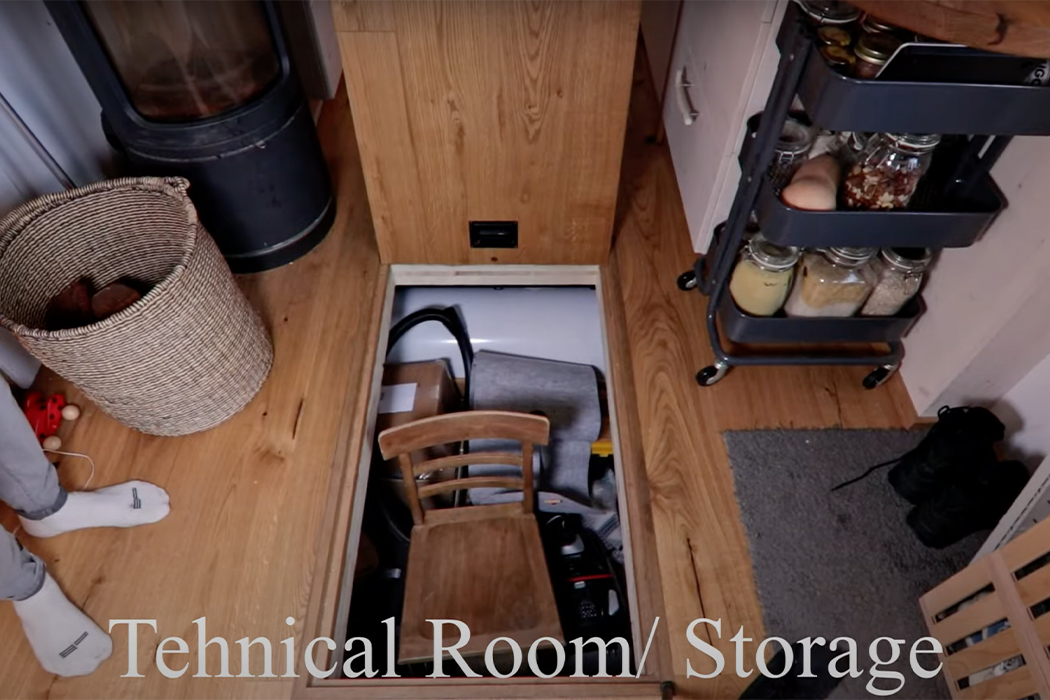 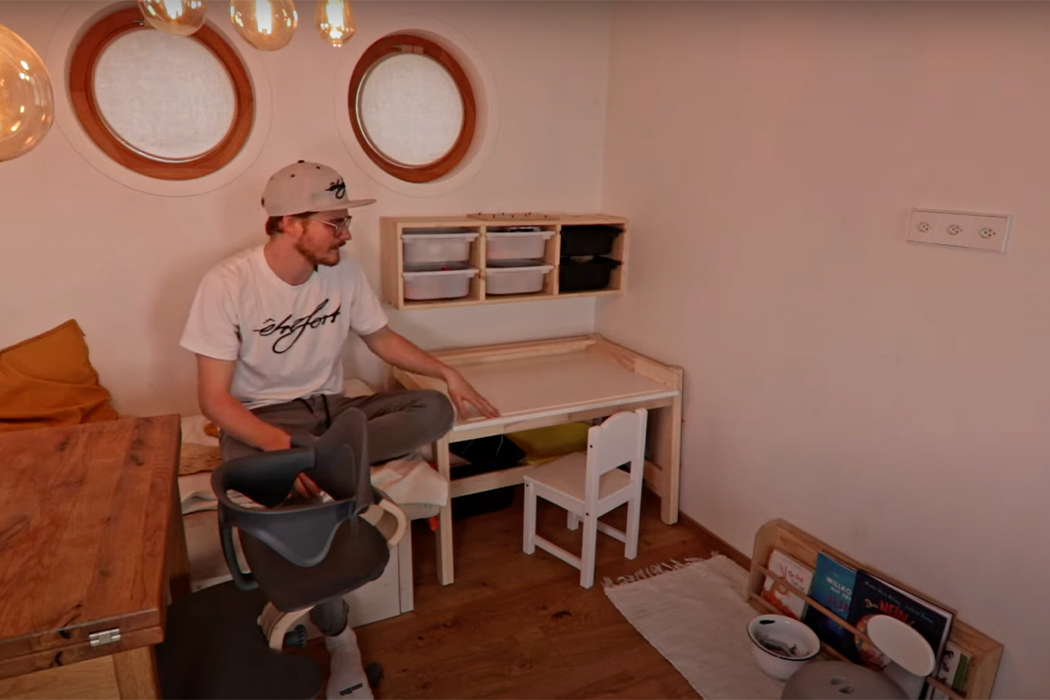 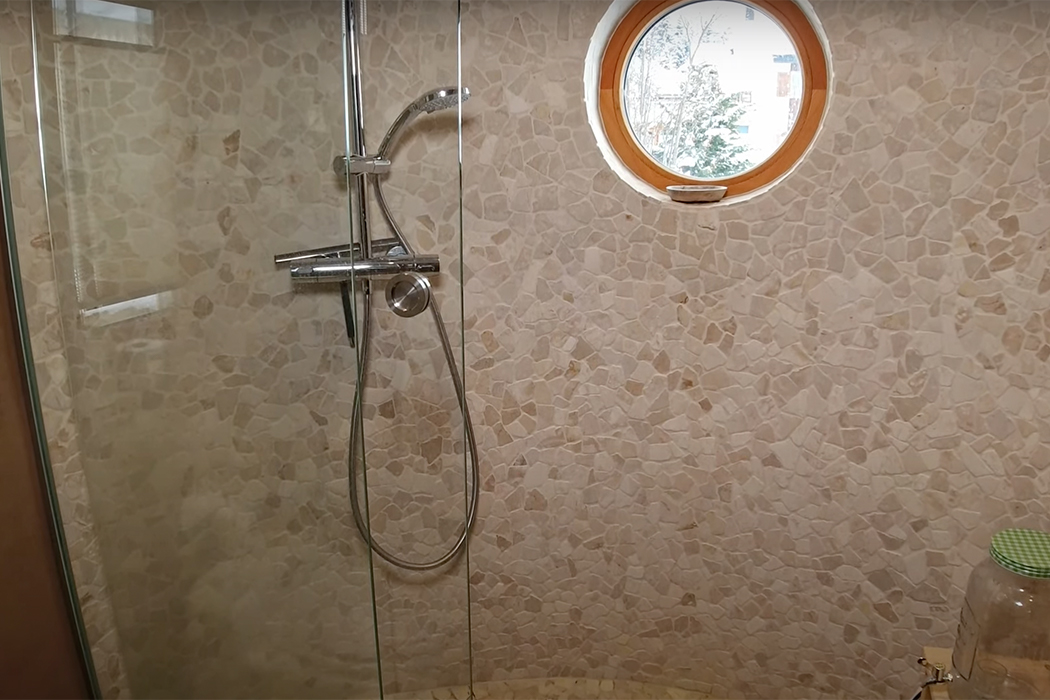 The bathroom shower is tiled with handmade mosaics. 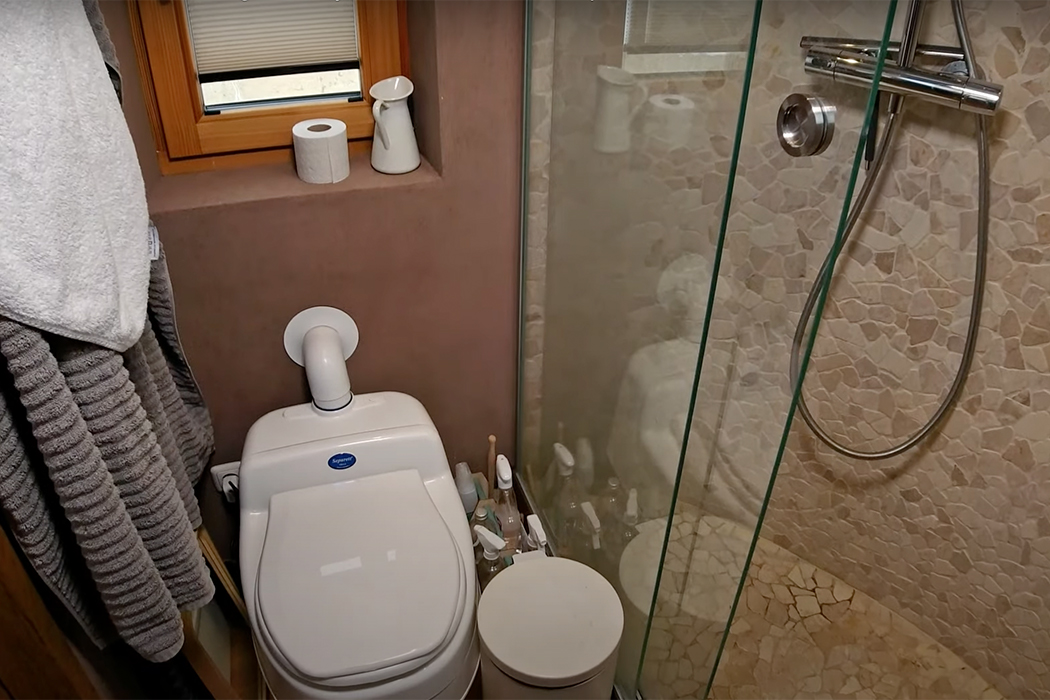 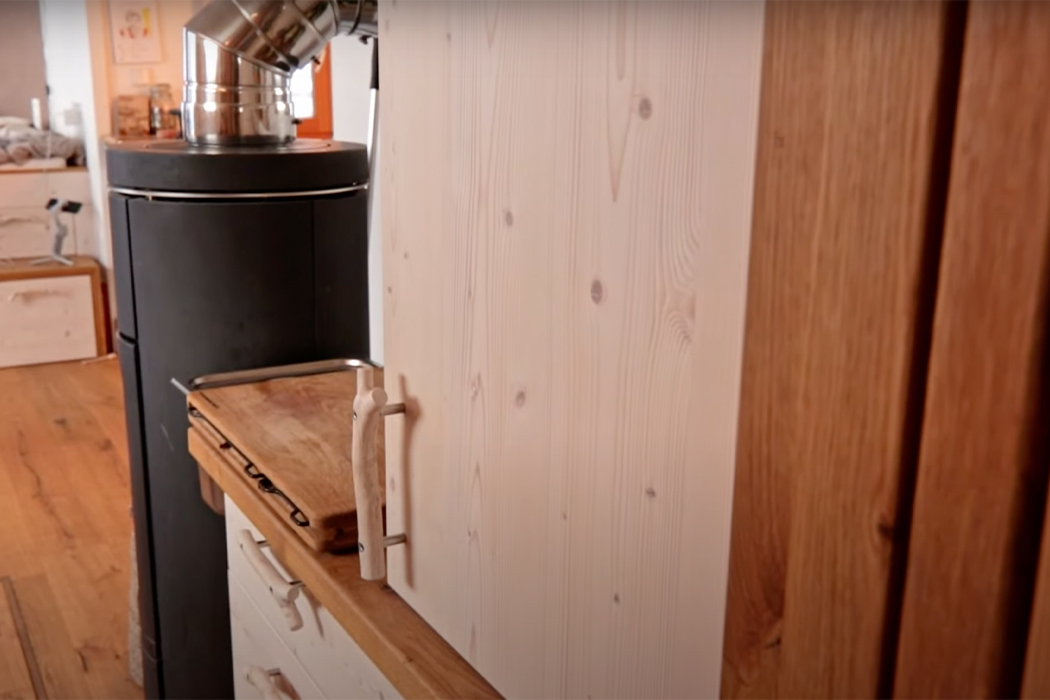 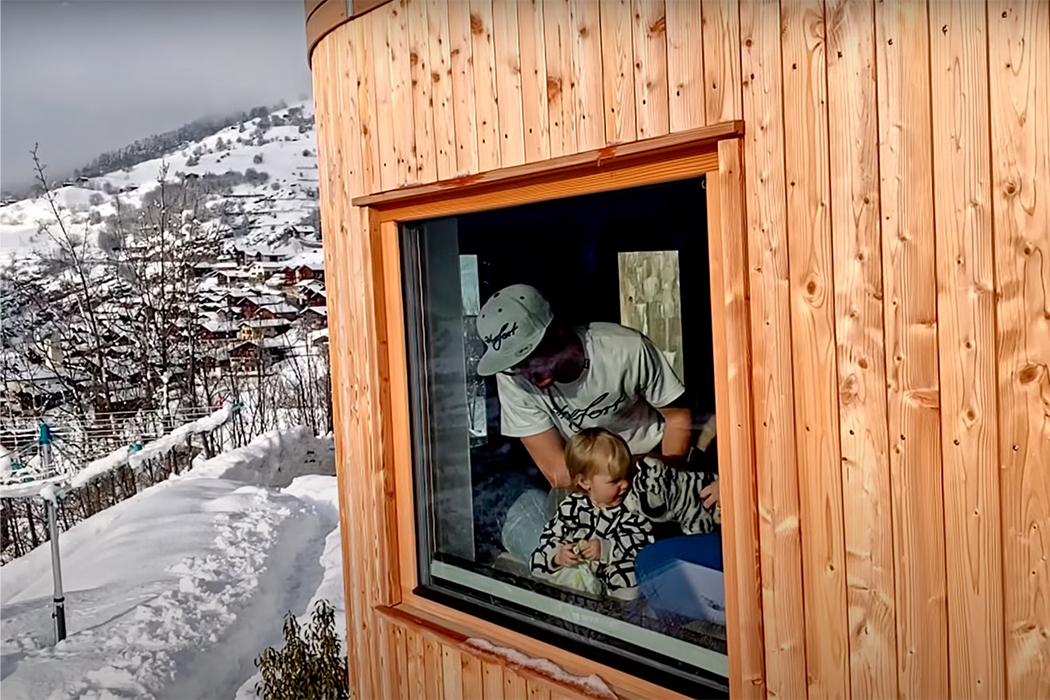 Positioned high up in the Swiss Alps, Holger’s views are unparalleled.

My Chair Is Alive

If this were a horror movie, it would give me the creeps to announce a chair that comes to life when touched. But this isn’t…

When I hear rice straw, I immediately think of those pasta-looking alternatives to plastic straws that some eco-conscious restaurants are now using. But the natural…

Stone is a project that looks at how induction cooking hobs could be used to power everyday kitchen appliances like toasters and kettles, as well…