The idea of accidentally inhaling alien bacteria in space may sound like a ridiculous low-budget Hollywood film plotline, but the reality is just as concerning. You really don’t know what kind of air you’re breathing on the space station, so it’s safe to say that the station is outfitted with air filters and sterilizers that take absolutely no chances. Referred to as photocatalytic oxidation or PCO, this technology obliterates any kind of germ or organic compound, turning it into CO2 and water. The technology would normally sound like overkill for using inside our homes on planet earth, but considering deteriorating air quality, the presence of pathogens, and a whole host of other organic compounds (smoke even) … it actually makes for a rather advanced air purifier that gives you the cleanest breathable air possible. Meet the AIR6Plus, a tiny purifier that sanitizes the air down to 0.001 micrometers within a space of 360 sqft without generating any sound or even any waste. It comes with a pre-filter that’s washable and infinitely reusable, and the purifier itself can get rid of anything, from the stench of smoke to even actual germs and viruses.

The AIR6Plus purifier is about the size of a smart speaker and can be placed anywhere within the house. It switches on with the simple touch of a button on the top, activating the state-of-the-art purification system within with three fan speeds – Sleep, Normal, Turbo. Air is sucked in through the base and it first makes its way through a washable, reusable prefilter that traps out particulate matter, preparing it for the next stage. The air then makes its way into a chamber that uses patented 3D PCO multiplier technology to effectively destroy any organic compounds, from bacteria to odor molecules, and from molds to organic compounds, formaldehyde, and even smoke. In fact, independent tests have even shown its ability to remove 99.93% of viruses like the MS2 RNA Virus within the air from 100% down to 0.07%, making it really effective at disinfecting and sterilizing the air (even without waste and cost of HEPA filter). The air then makes its way past the silent fan and into the last stage, where negative ions are used to scrub the air one last time, removing up to 99.9% PM2.5 aerosol pollutants without producing any ozone. Purified air finally makes it out of the top, covering as much as 360 sq. ft. or the size of your average living room.

Its state-of-the-art PCO tech aside, the AIR6Plus purifier’s highlight is its compact and easy-to-use design. Just about as tall as an Amazon Echo, the purifier is small and surprisingly silent. Unlike other PCO purifiers that tend to produce ozone as a by-product, the AIR6Plus generates no ozone or waste in its purification/sterilization process, and even saves money on the washable prefilter at the base, allowing you to simply rinse out the dust and dirt under regular tap water. The AIR6Plus is efficient on the electrical consumption front too, with an energy requirement of 13W (that’s a little more than your average LED bulb). The AIR6Plus ships in three colors, with a price tag of $189 (YD Exclusive), and for an extra $89 you can even grab the AIRbox, a tinier version of the purifier that fits right in your car! 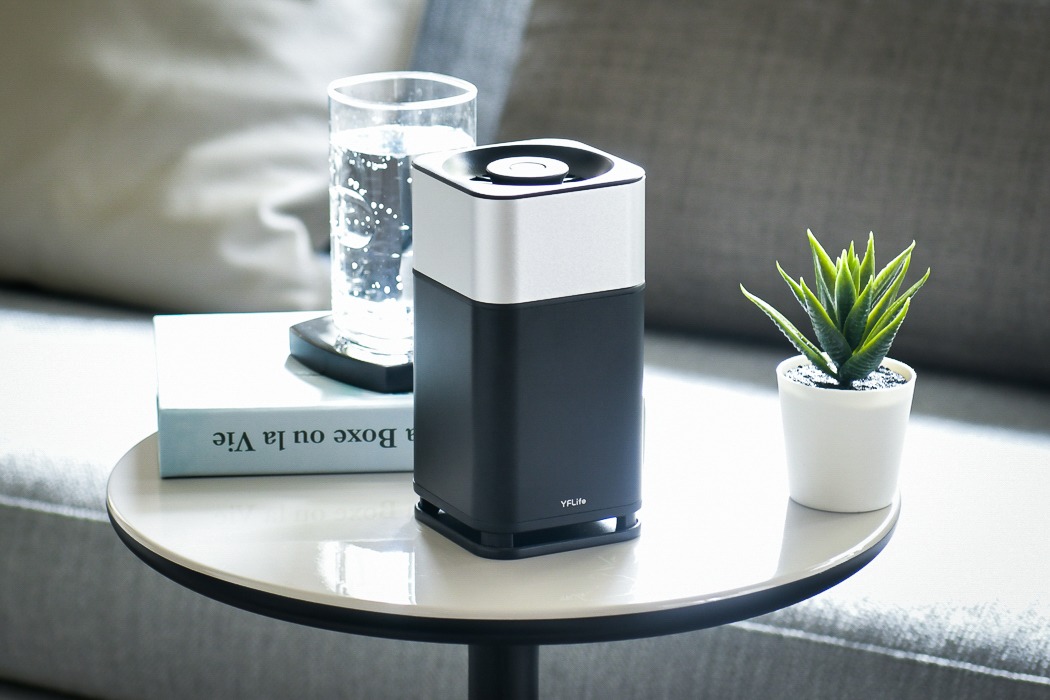 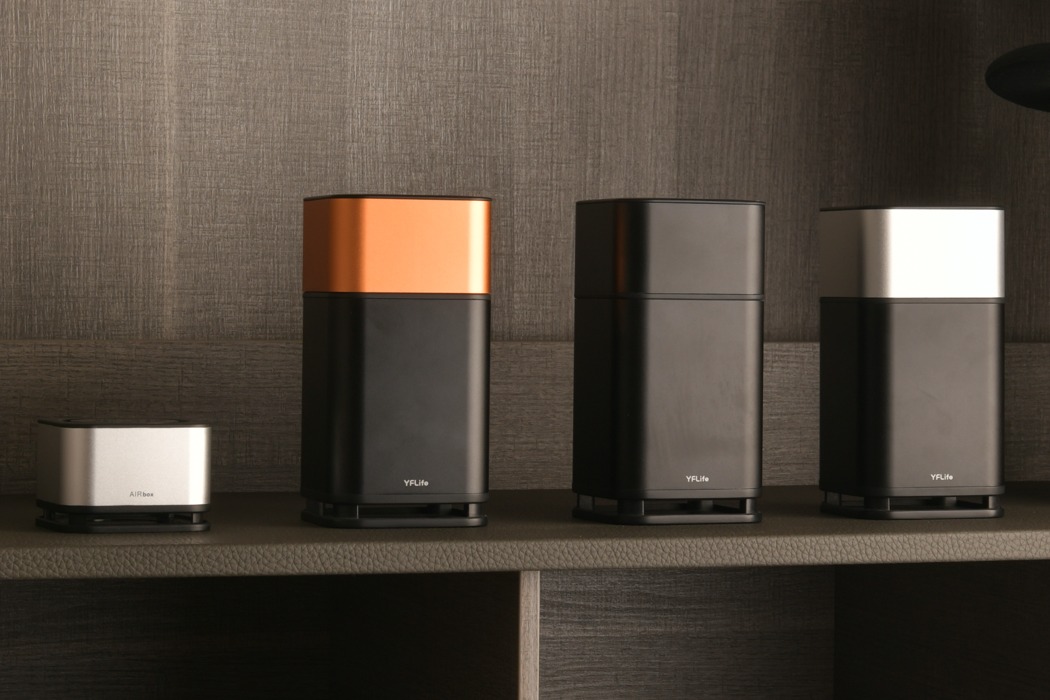 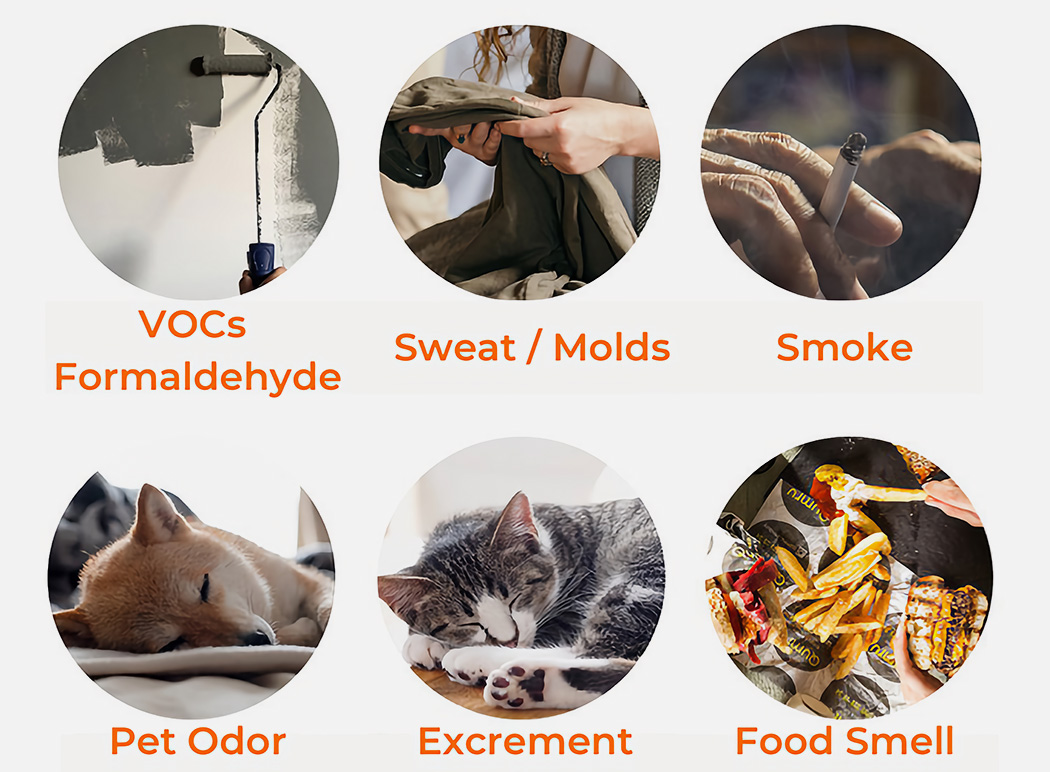 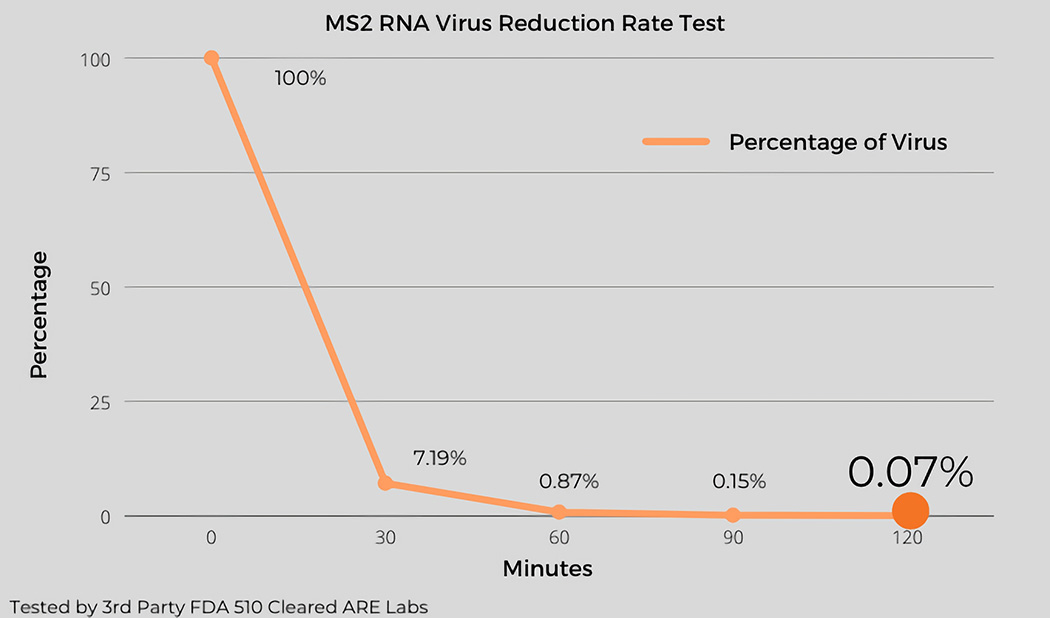 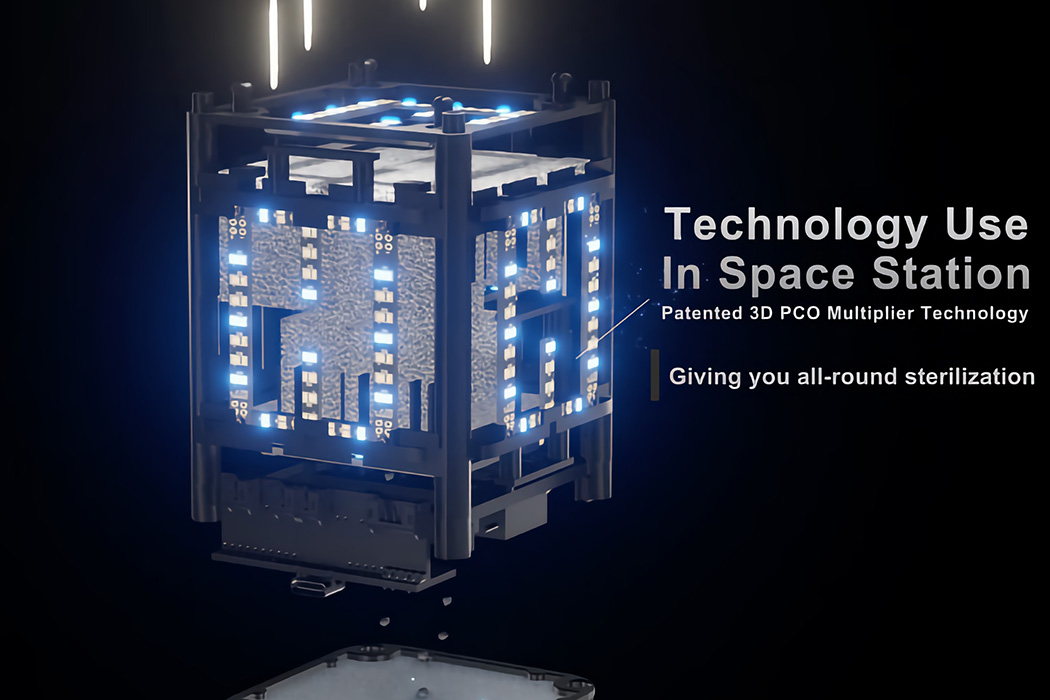 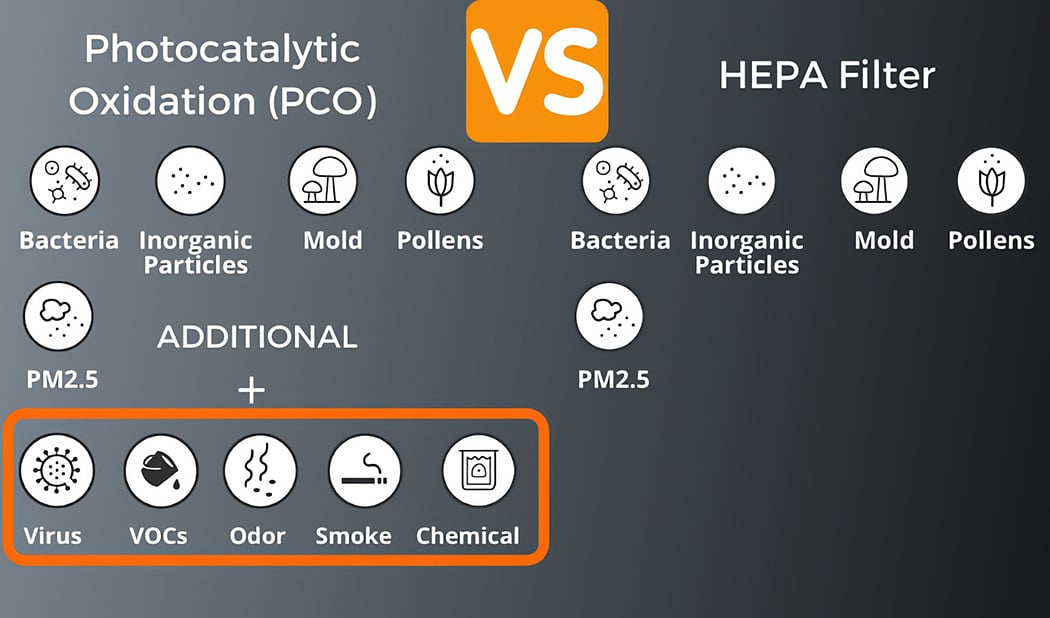 Does AIR6+ produces Ozone (we know some other PCO device does)? No. Unlike other air purifiers that need the carbon filter to absorb the zone generated. AIR6+ uses Long Lasting UV-A LED for ZERO Ozone creation purpose.

How does AIR6+ PCO work? It generates billions of free radical to breaks down harmful particles that passes through the PCO chamber instead of trapping them in a filter.

Where can you see PCO Tech in use? PCO tech is used in space station, hospital, and health care facility for air purification.

Why choose PCO over HEPA filter? AIR6+ PCO technology is able to break down particles to 0.001um (micron) while HEPA filter is only capable of trapping particles down to 0.3um. 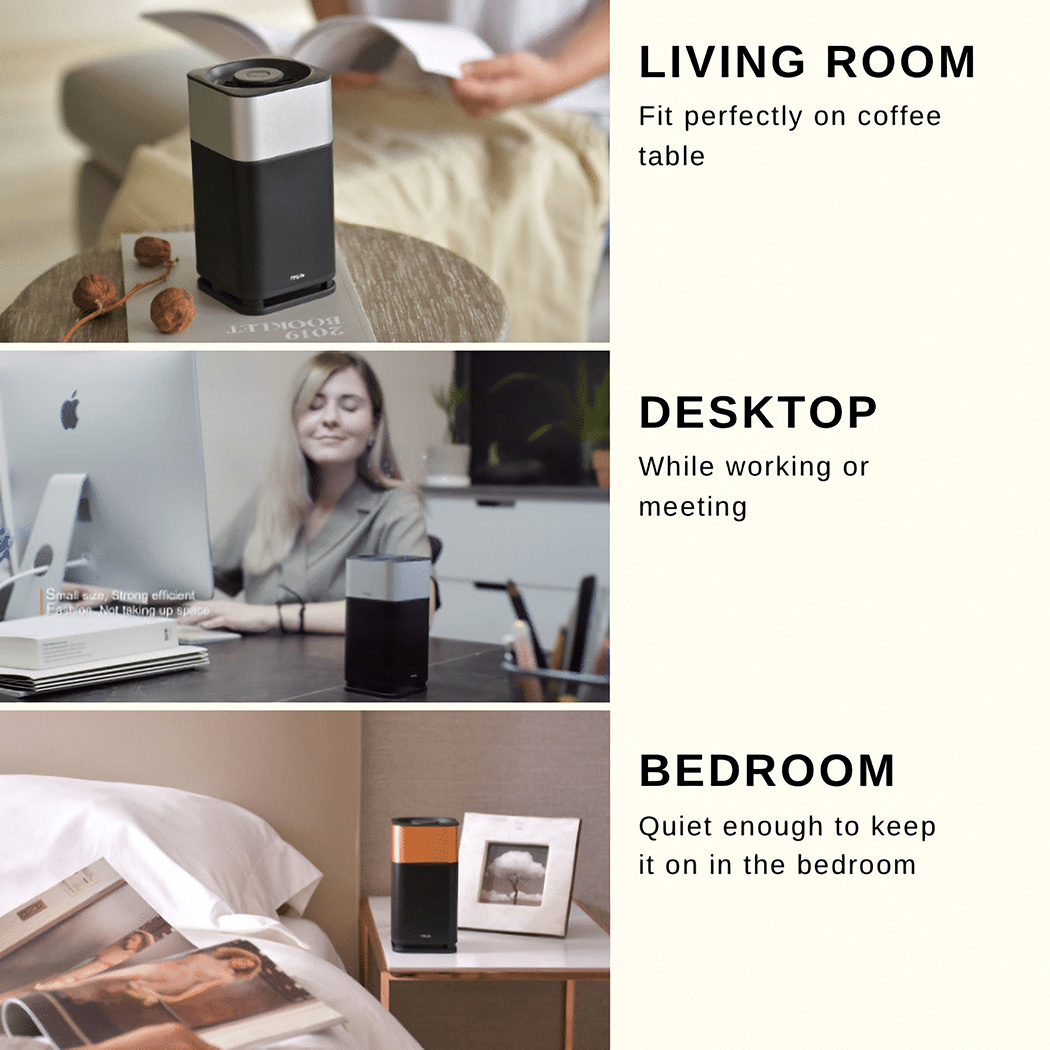 Despite its compact size, the AIR6+ is capable of purifying up to 360 square feet. 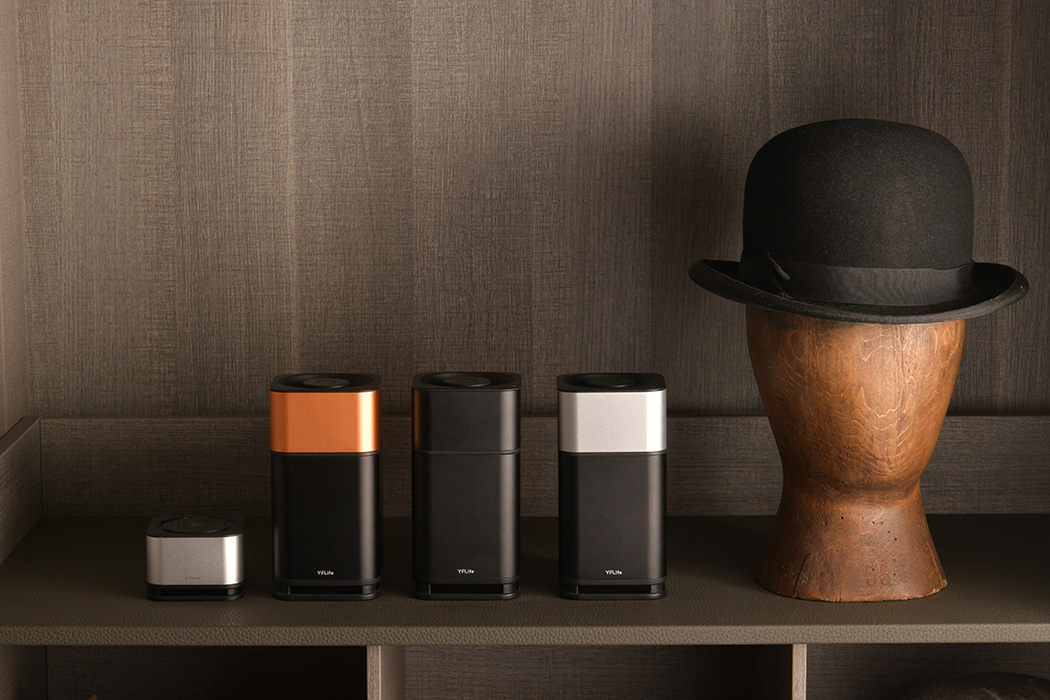 AIR6+ is designed to be small enough to carry in the palm of your hand, it can conveniently fit on a nightstand, coffee table, or TV stand in your house.

PCO washable filter that not only blocking most of the large particles, it also cleans the air by trigger PCO effect at the very first stage.

The magnetic base is designed to easily detach and reattach, you can rinse, air dry, and reuse.

Buying an expensive air purifier and having to replace HEPA and carbon filters can cost up to $75 about every 6 months, and this will add more waste into the landfill. 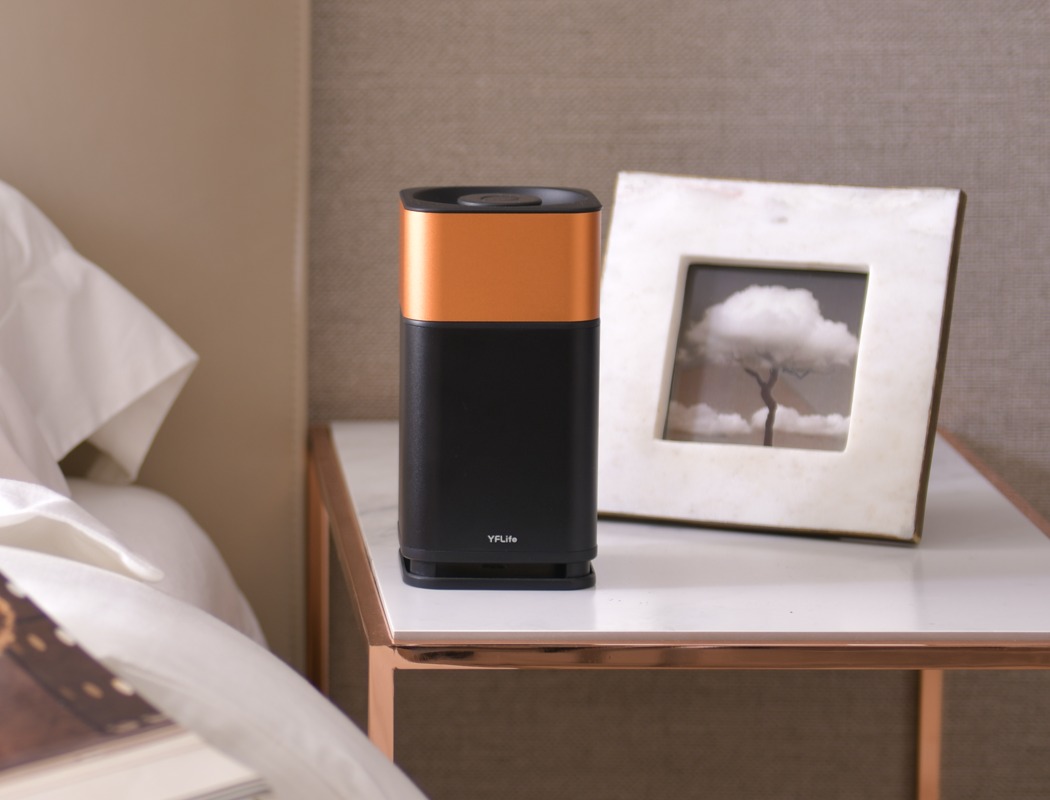 Fusing digital media and product design, Hyper(reality) offers an alternative perception of a user’s environment using an augmented reality helment in tandem with the Microsoft…

You need not be at all places at one time, trying to capture the best angle for a photo op. SPLIT is the camera that…

This unnamed design by Andy Kurovets and Kris Dekeijser is a headphone that doubles as a webcam. That giant crystal on the side is actually…