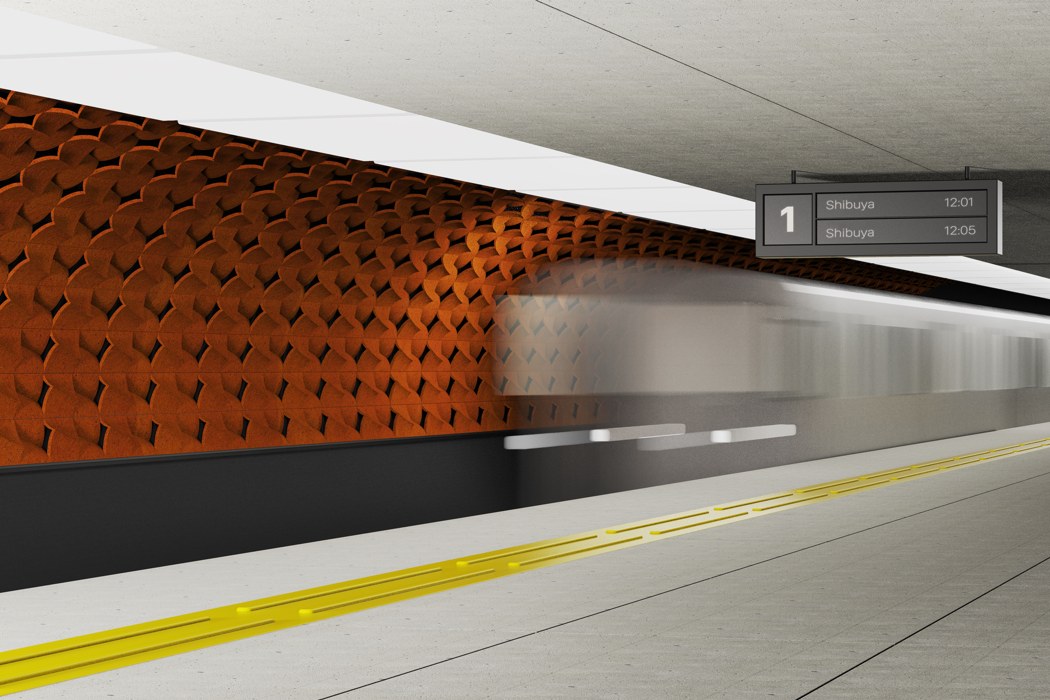 A clever system of terracotta tiles with water channels woven between them is proving to be a natural, cost-effective way to reduce energy consumption for cooling down subway stations during the summer. Designed by Intsui Design, the Terracotta Valley Wind hopes to drastically reduce energy consumption in the summer by relying on terracotta’s naturally occurring evaporative cooling ability. The material is inherently inexpensive and easy to source, while Intsui Design’s clever tiling design is both eye-catching and functional, earning it a deserved Finalist spot at the LEXUS DESIGN AWARD 2021.

The way the Terracotta Valley Wind cools spaces is simple and frankly ingenious. Water is fed through channels running through the inside of the tiles. The porous tiles absorb the water, which then evaporates through the outer surface, cooling the tile and the air around it. To circulate this cooled air, the Terracotta Valley Wind ingeniously uses the subway train’s movement as free energy! The trains whoosh through the station, pushing the cold air around as they go, acting exactly as a bellow pump would. The periodic nature of the train’s movement completely nullifies the Terracotta Valley Wind’s electrical needs, making it a cost-effective solution that requires absolutely no energy and emits zero pollution… while using reclaimed water all along, yet another abundant resource!

The Terracotta Valley Wind’s brilliant use of evaporative cooling, reclaimed water, and the moving train’s wind energy to uniformly cool subway stations makes it the perfect candidate for the LEXUS DESIGN AWARD 2021, aligning wonderfully with its theme of “Design for a Better Tomorrow”. Currently in its 9th year, the Lexus Design Award is on a mission to ideate and innovate for a better future for humanity as well as for the planet. With its underlying theme of “Design for a Better Tomorrow”, the awards program looks at solutions that have a uniquely positive impact on society, humanity, and in the process, to reward a new generation of designers for their impactful ideas. Creating the perfect environment for a design to grow, LEXUS helps engineer ideas into real, innovative solutions. Apart from accelerating, developing, and promoting design projects, the Lexus Design Award helps kickstart design careers too, with exclusive mentorships from international design stalwarts like Joe Doucet, Mariam Kamara, Sabine Marcelis and Sputniko!, as well as funding for prototypes (up to 3 million Japanese Yen or $25,000 per project) and the opportunity to have your work judged by the biggest figures in design in the final Grand Prix competition. This year’s judges include Paola Antonelli (Senior Curator at MoMA), Dong Gong (Founder and Principal Designer at Vector Architects), Greg Lynn (Architect and CEO at Piaggio Fast Forward), and Simon Humphries (Head of Toyota and Lexus Global Design).

The Terracotta Valley Wind is one of the six finalists of the LEXUS DESIGN AWARD 2021. Stay tuned as we feature all the finalist designs following the Grand Prix Winner Announcement here on Yanko Design! 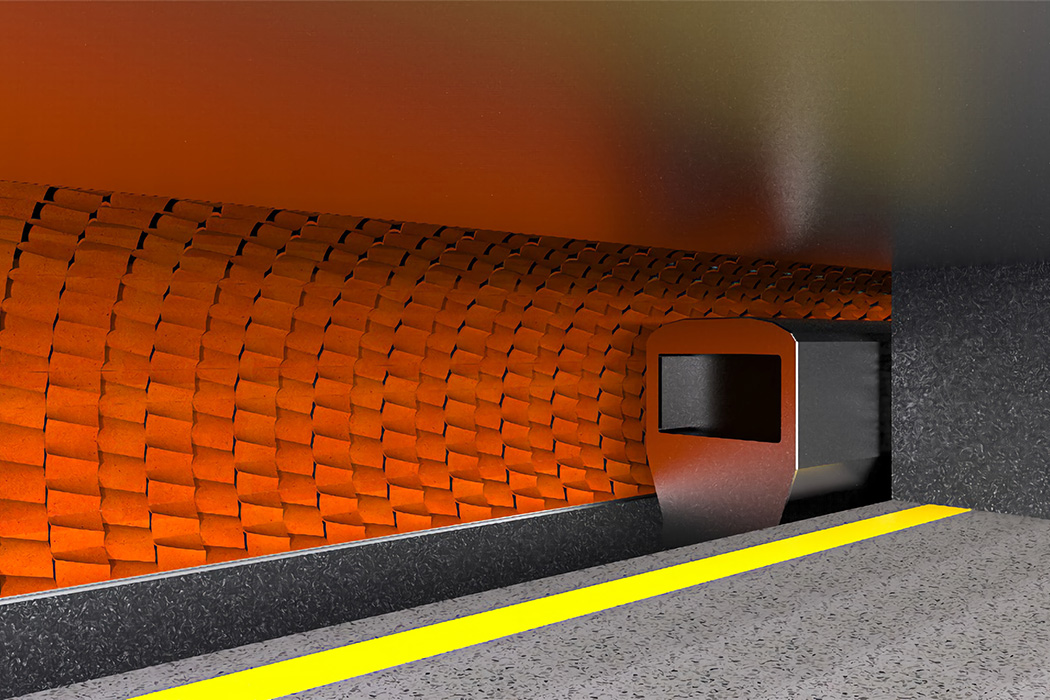 A terracotta evaporative cooling system that cools subway stations during summer and reduces energy consumption. Terracotta is an inexpensive and accessible clay material. Its nature allows water to quickly evaporate, while utilizing the unused wind resource in subway stations, maximizing the value of train-induced wind. 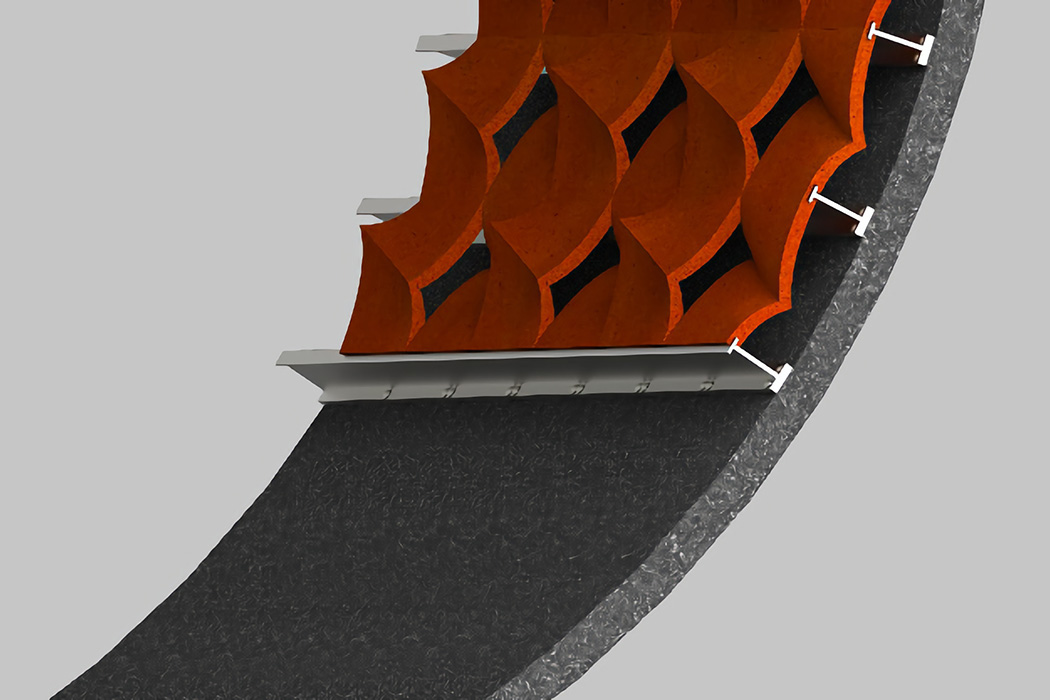 The team studied that in a ventilated environment, terracotta’s porous nature allows for water to easily move through the walls, which accelerates the evaporation speed of the water. By transmuting water to air, it absorbs a relatively large amount of heat, effectively reducing the temperature of the environment. 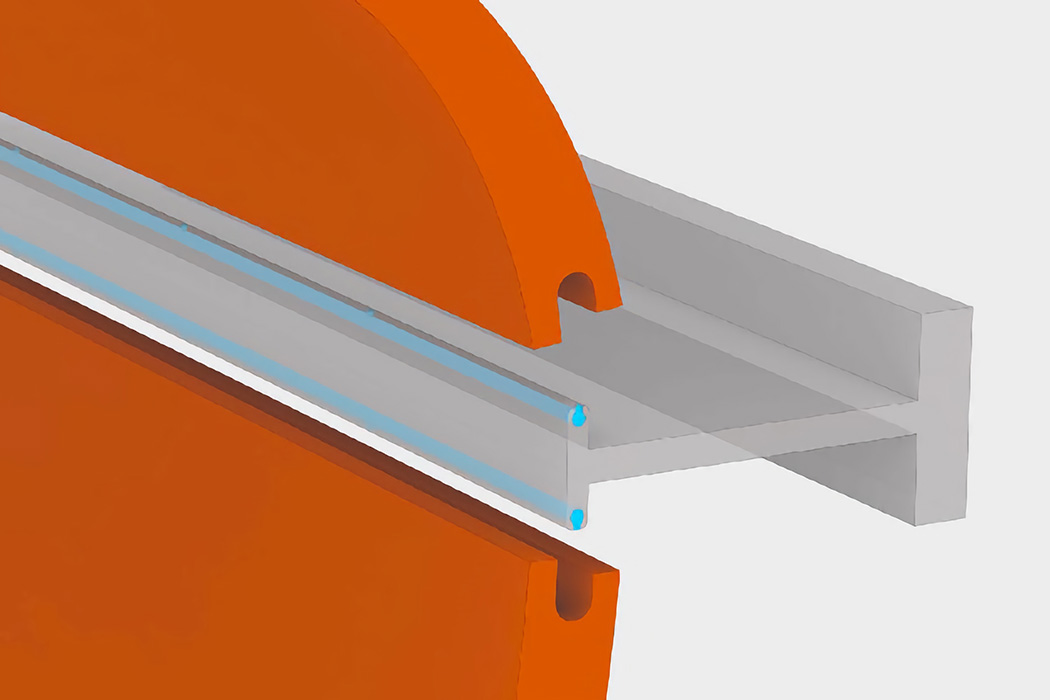 This principle of terracotta can work perfectly with the train-induced wind and airflow in the subway station. The concept of Terracotta Valley Wind as in-station passive cooling wall is composed of spliced terracotta slabs, with an automatic water supply system consist of stainless steelframe implanted with water pipes. Ideally, the slabs are humidified by reclaimed water, which evaporates faster when the wind is induced by train, and thus to achieve a cooling effect in the subway station. The whole system is pollution-free and does not require any electricity. 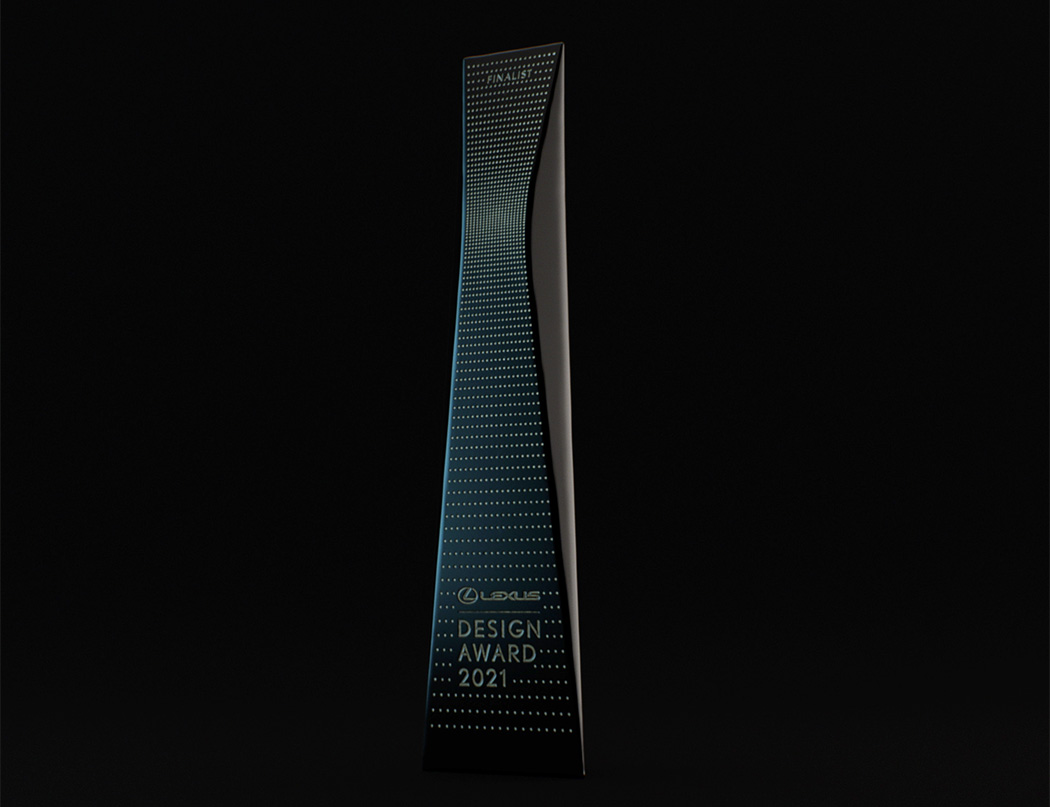 It’s bad enough that, each year, millions of printer ink cartridges end up in landfills and incinerators. What’s worse is that most aren’t even empty!…

A transforming Tablet PC is the best way to describe the Apollon. The device functions as a book reader sized tablet and can morph into…

The Case of the Disappearing Home Interior

Up Your Bathroom Game in a Jiffy

Imagined for the OXO brand, the Chrome Bath Suite aims to elevate the average person’s washroom with an easy-to-use, seamlessly-integrated collection of bath items. Consisting…