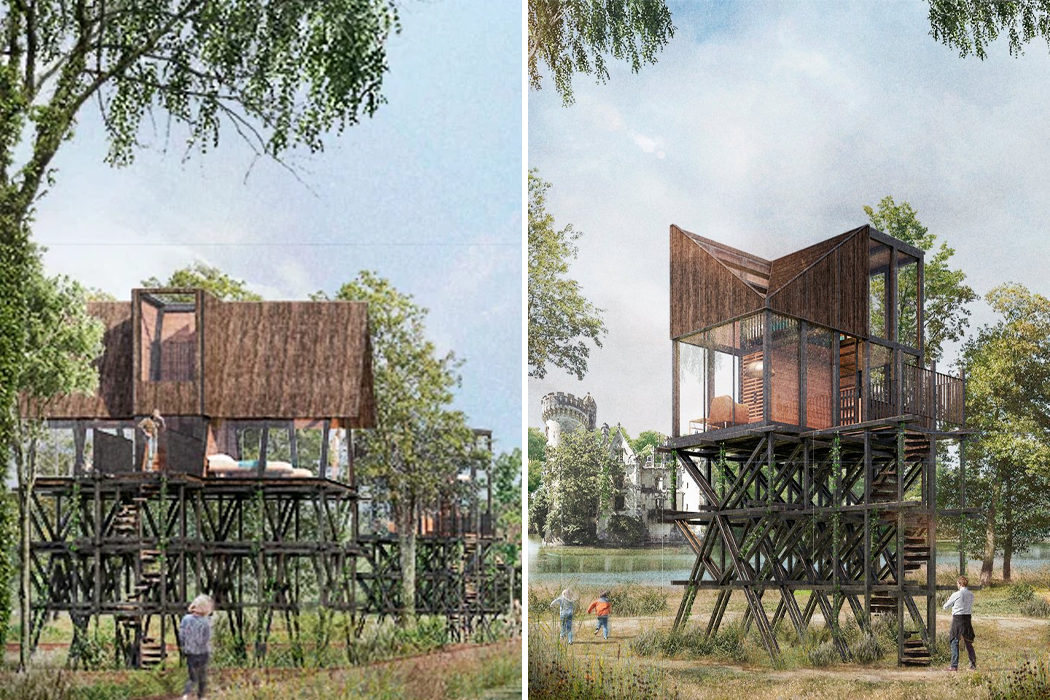 Treehouses inherently exude an air of myth and adventure. When stationed either in dense jungles as a natural hub to study wildlife or placed in a suburban backyard for kids, the treehouse is the place where the escapist can let their hair down. Take the treehouse and tuck it next to an old French castle in the countryside and it’s something straight from the storybooks. Forma Atelier, a Mexico-based architecture firm, turned that storybook setting into reality with their modular treehouse concept that cleverly combines razor-sharp triangular roofs with sweeping glass window panes to share the rural hills with that of an old French château.

Dartagans is a French crowdfunding site that allows citizens to help preserve heritage sites like châteaus through donations. Through these crowdfunding efforts, entire cultural sites in France are able to stay put and avoid any prospect of future demolition. Hosting a competition that welcomes young architects to design treehouse concepts for châteaus throughout rural France, Dartagans hosted one such competition for Loudun’s Château de la Mothe-Chandeniers. Rising to the top, Forma Atelier designed a modular treehouse concept that comprises limited residential units as their competition submission.

The prototype of each scalable treehouse was designed to be replicated and placed anywhere. Conceptualized as mobile and adaptable, the treehouse’s build achieves stability through its cross-layered foundation constructed from the overlaying of wooden planks. Forma Atelier designed two different sizes for their treehouse concept, a 100 m3 unit, and another 65 m3 unit. Built on a grid system of .30 m and .40m, the treehouses were sized and measured respectively. The treehouse’s modular structure gives each of them a geometric look. The countryside treehouse unit’s high-pitched roof in the shape of a triangle appears to be constructed from wooden panes, allowing for high ceilings while each unit’s cube-shaped main room, reinforced with steel beams, implements broad glass window panes for unfettered views of the countryside. 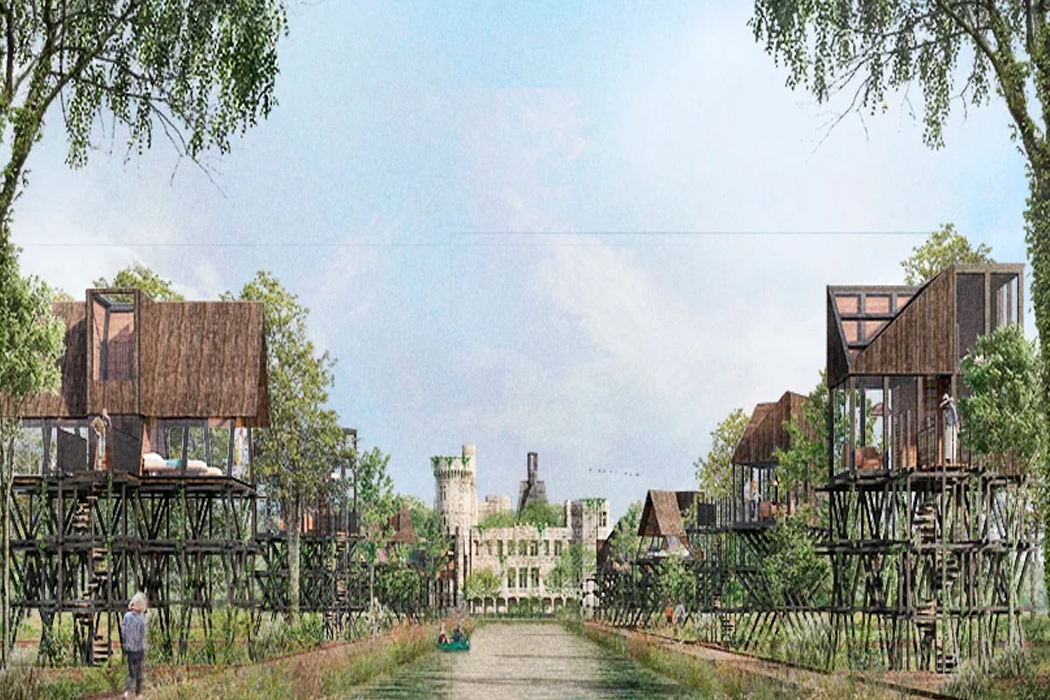 Through an intricate weaving process of cross-layered timber as its foundation, Forma Atelier’s treehouse maintains stability. 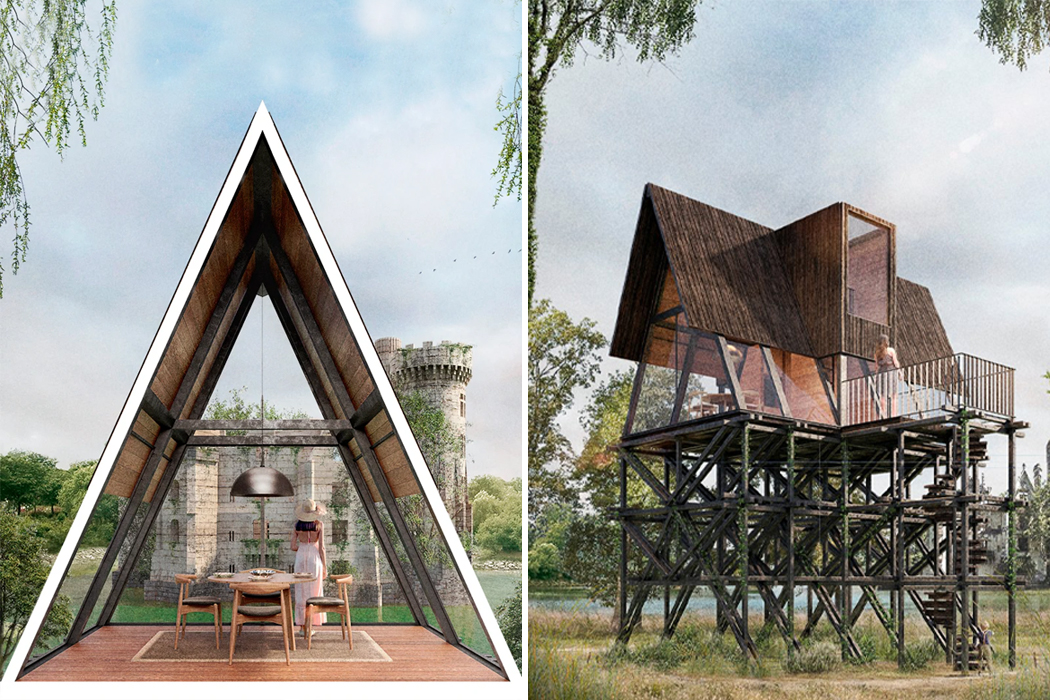 Sweeping glass window panes and high ceilings bring residents closer to the surrounding countryside and dissolve the boundary between nature and the indoors. 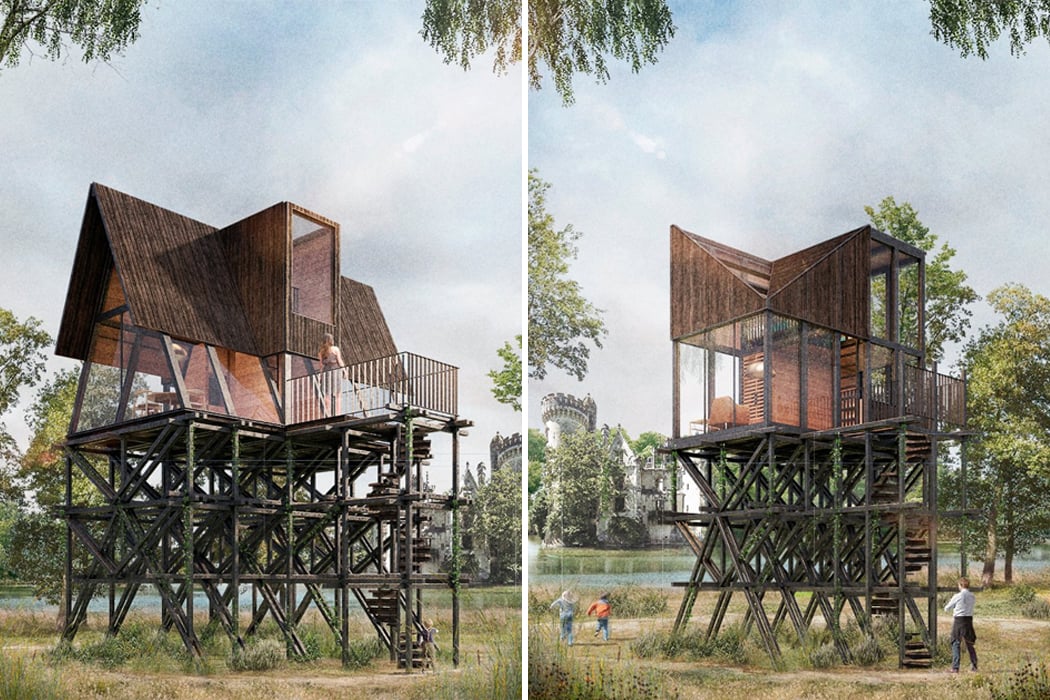 Sporting a geometric build that seamlessly transitions from one facade to the next, each treehouse unit is like its own miniature wooden castle. 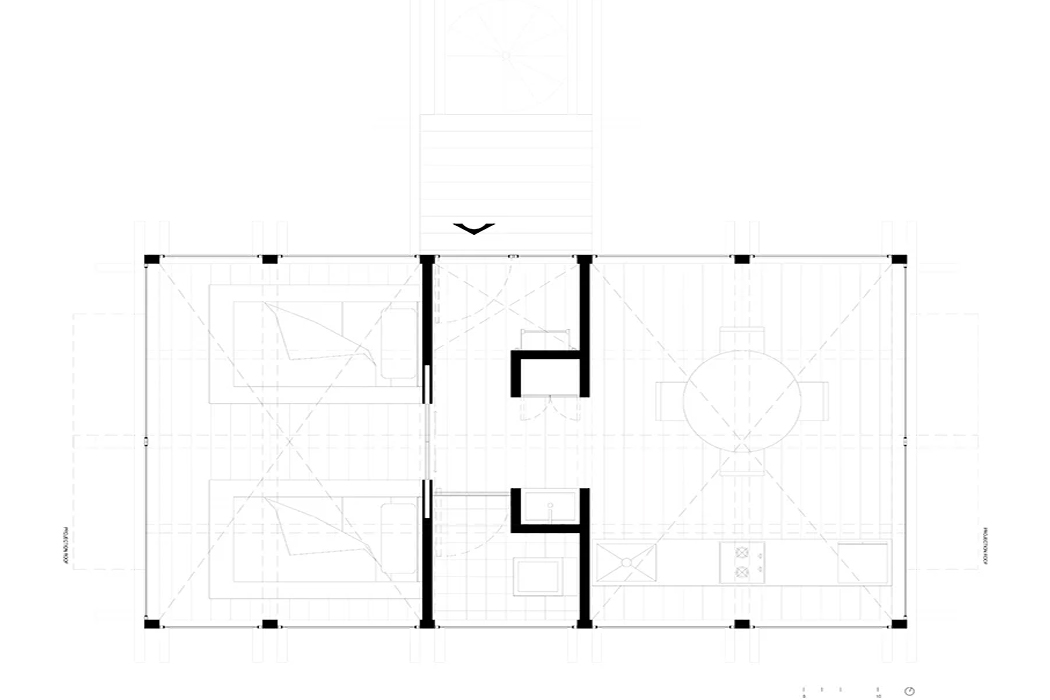 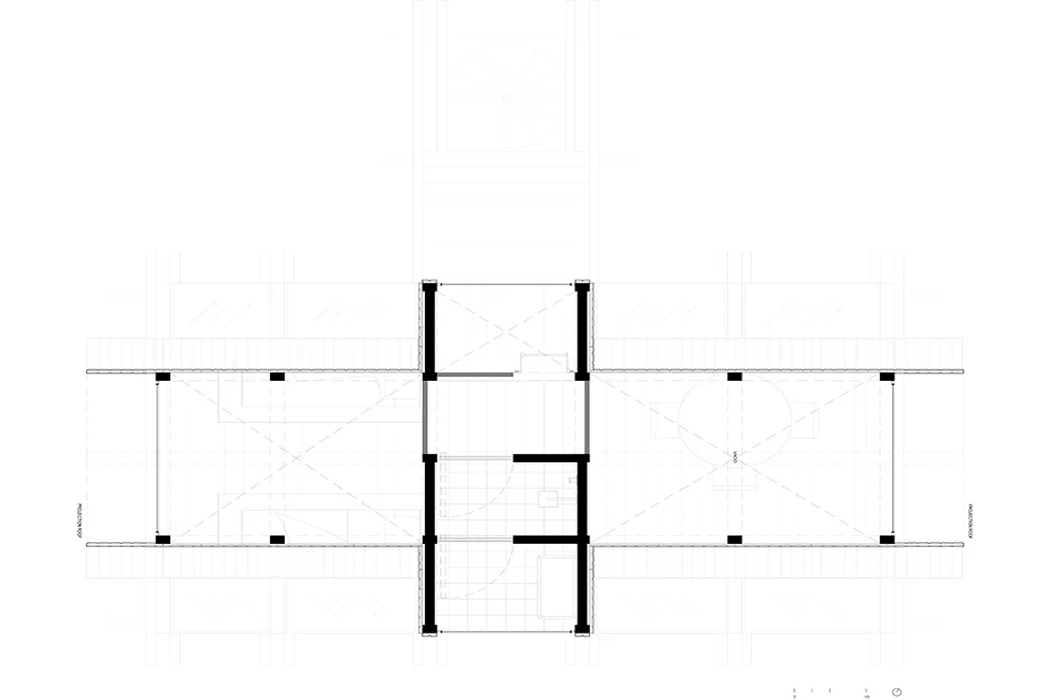 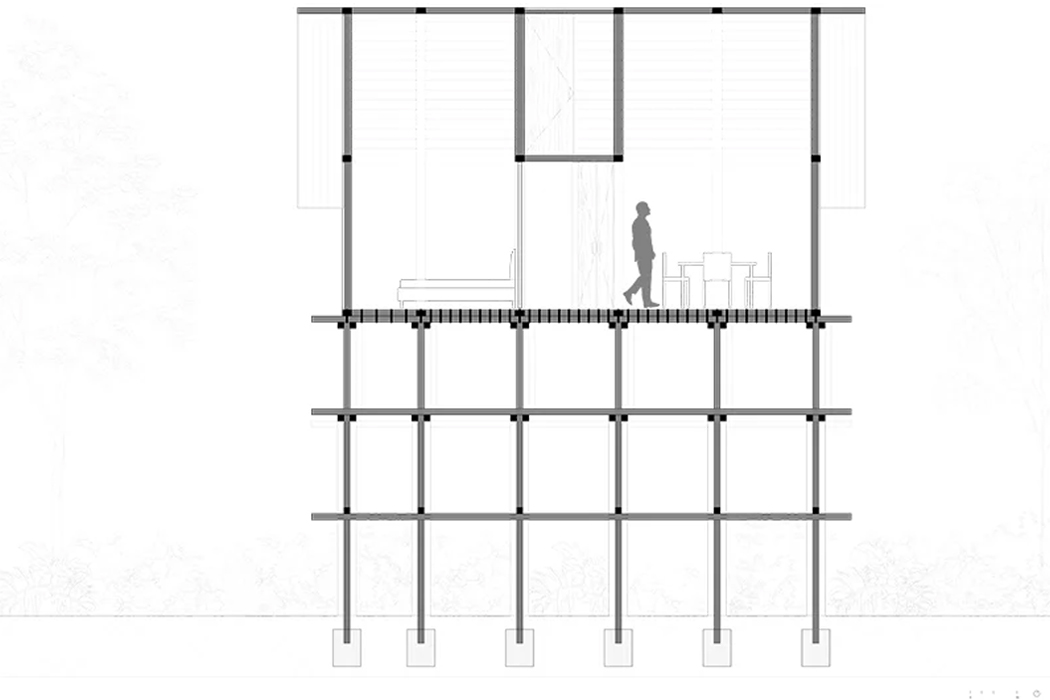 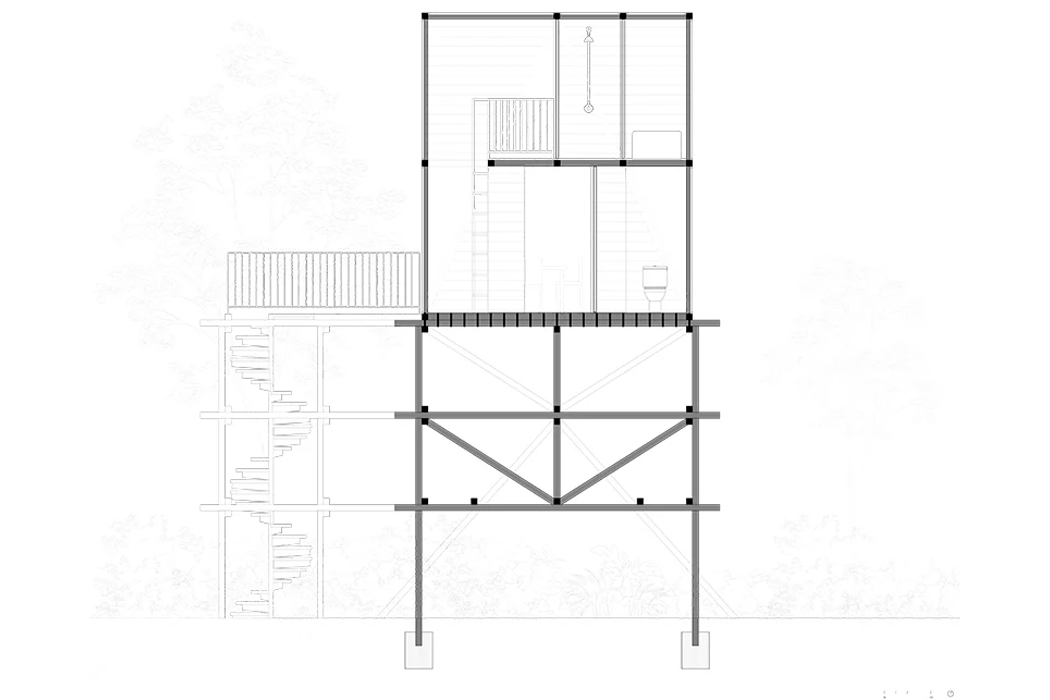 Another side view of the 100 m3 treehouse unit. 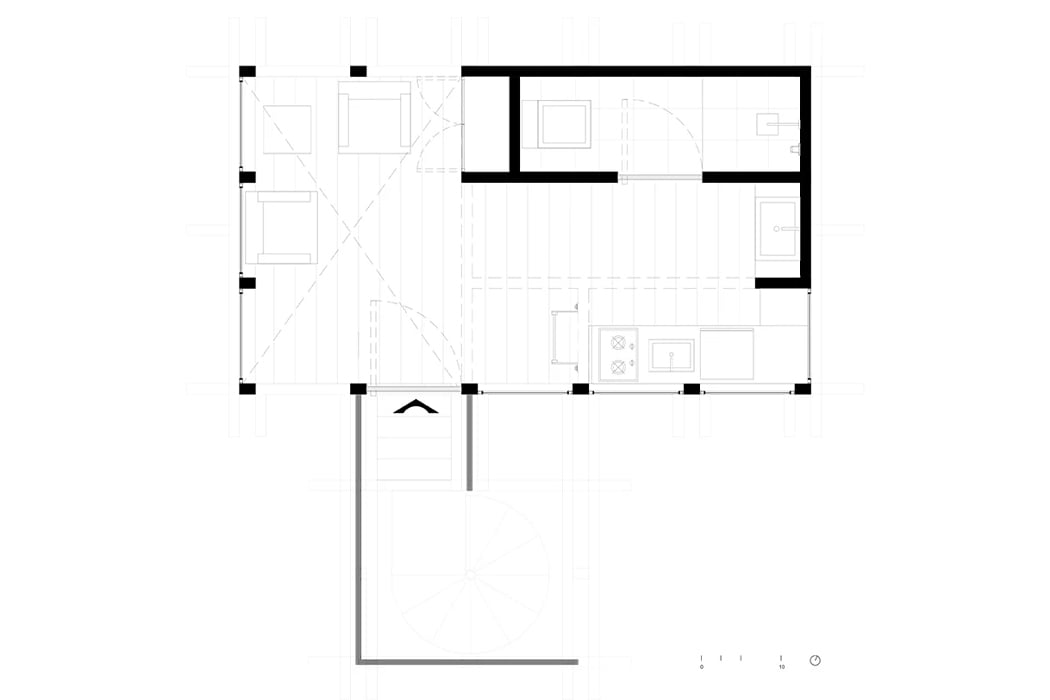 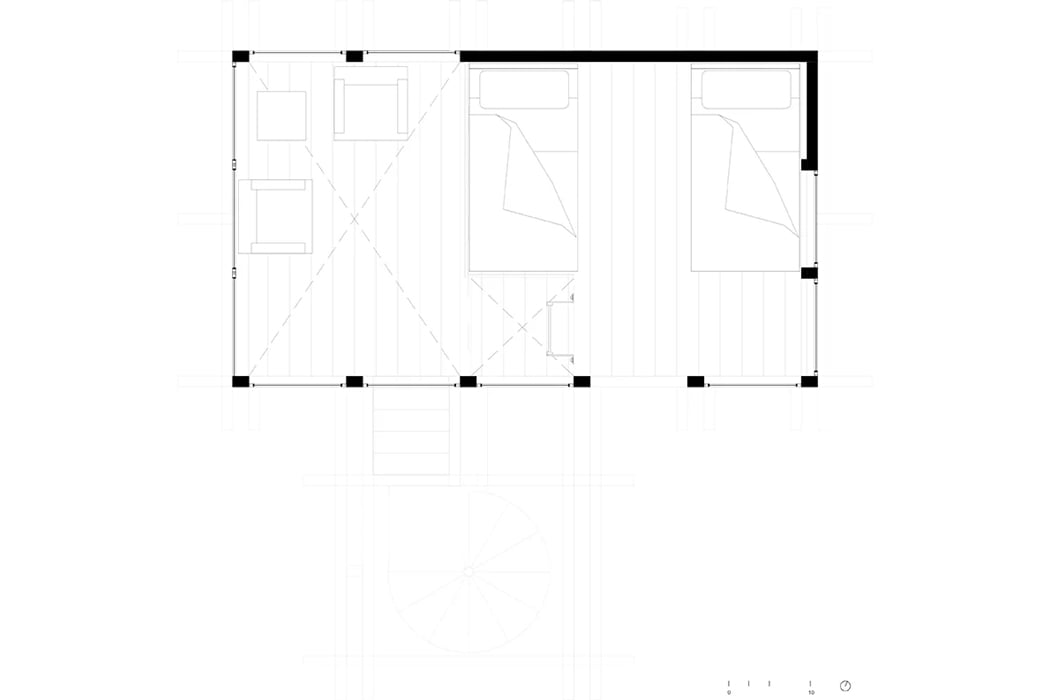 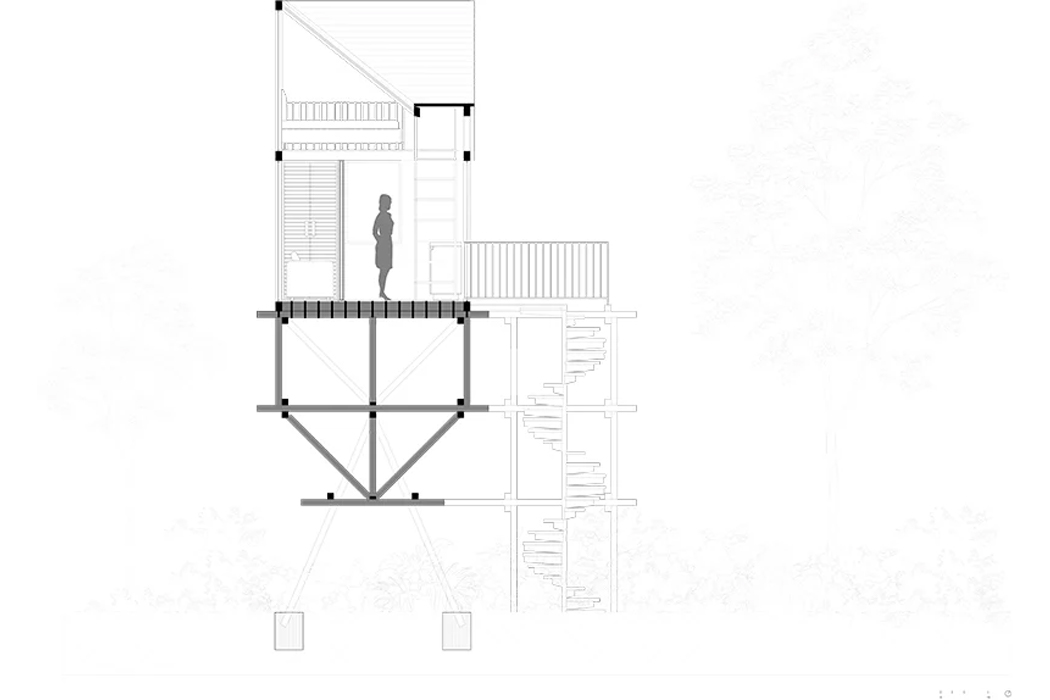 One side view of the 65 m3 treehouse unit. 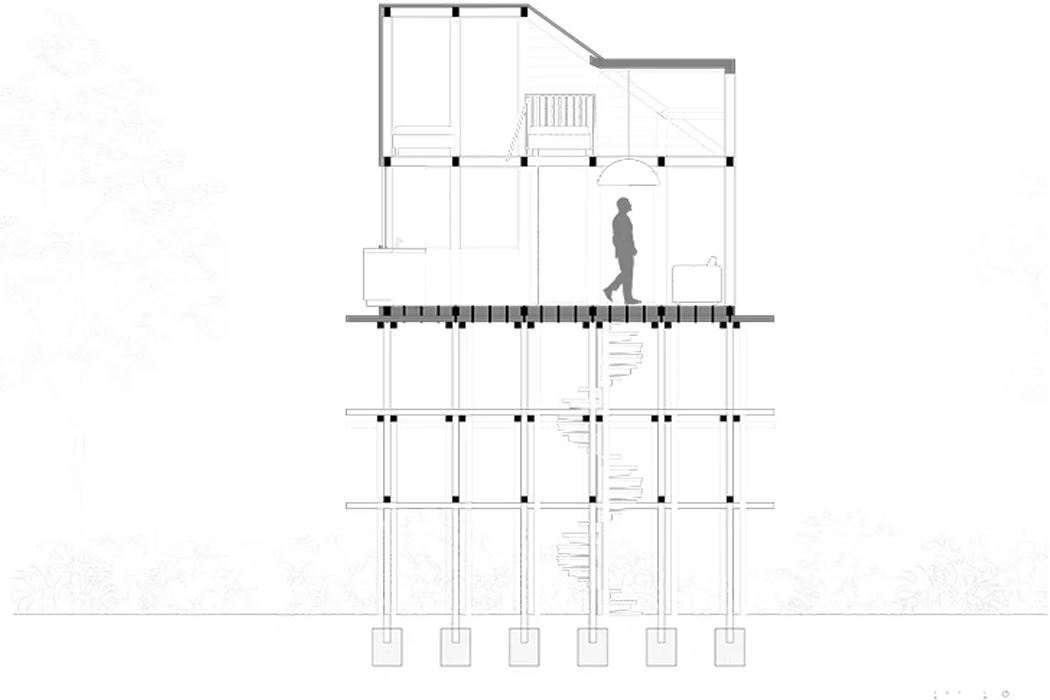 Another side view of the 65 m3 treehouse unit.

Inspired by your favorite kind of paper modification in the whole, world, oragami! That’s what this chair right here is. The Opa chair, Designed by…

This rustic home near Lake Tahoe was built to withstand wildfires

In recent years, Californian wildfires have become more frequent and dangerous, hence when it comes to building homes and cabins in the Californian forests, it’s…

When it comes to providing light, lamps that hang from ceilings or stand on surfaces are actually more effective and more efficient at what they…

The Island Kitchen Is Finally Here

Space crunch + kitchen has always equalled to a compromised kitchen. Realistically speaking, designer Massimo Facchinetti has nailed it with his Ecooking vertical kitchen. This…