Although this sense of paranoia is fairly recent, the thought of stepping into an overcrowded bus or subway should probably strike fear and panic in most of us. Imagining “Public Transport” without the word “Public” can be difficult. How do you create a mass transit system that’s bespoke, and that doesn’t involve multiple people in close proximity? And moreover, how do you manage this system while ensuring it’s beneficial to the public and safe for cities?

Those are some really tough questions, and NewDealDesign seems intent on looking for the answers. Having worked on a whole slew of smart-mobility projects, including the recently-debuted ‘Serve’, an autonomous delivery robot for Postmates, the San Francisco-based company carried their wealth of research and experience into Rolla – the future of city-based mass-transit.

Rolla takes mass-transit and personalizes/isolates it. Think of something on the lines of individual ski-lifts, or cable-cars traveling on the same network… minus the cables. Designed as a cabin that moves, the Rolla is an entire network of human-sized, human-friendly pods that you can step in and step out of (another relevant example that comes to mind is that of an elevator). The Rolla has the ability to work on fixed routes like a public bus, allowing you to hail one and step in, as well as on personal routes, letting you summon a Rolla on an app. Designed for relatively short journeys, the pod allows you to stand within it as it travels to your stop.

What the Rolla gets right is its simplicity and intuitiveness. It’s a culmination and combination of familiar experiences that let you easily trust it without ‘fearing the underlying tech’. The pod feels a lot like a bus or subway, allowing you to stand within it and grab onto a handrail, while the app for bespoke journeys works quite like a cab-hailing application. The pod’s relatively open too, sort of like a tram, enabling you to hop on and hop off in a heartbeat as it autonomously travels through the city’s networks. This small size and open format not only makes the Rolla friendly and unassuming, it also makes it easy to disinfect between journeys as the pod travels through a sanitation-station between multiple trips, cleaning itself for the next passenger.

Its open and welcoming design is reinforced by an immersive and memorable experience. The almost SIM-card shape of the Rolla is instantly iconic, with expressive LED headlights on the front indicating the pod’s intent as it autonomously drives. The inside of the Rolla, however, is designed to be dynamic, with light-piping that gives the vehicle a designated color – yellow for public transport, purple for private transport, and blue for fixed private routes like within a campus. The interiors are outfitted with displays too, that tell you the route and time, welcome individual riders, and show your progress on a map for clarity.

While Rolla currently exists only as a concept, it provides a neat framework for how cities can adapt to the pandemic by providing public transit in a manner that’s safe. The individual pods can easily be deployed on a city’s roads with no additional infrastructure like stations or rails. They run on electric energy, and something as simple as solar panels could ensure that the vehicles run for longer on sustainable energy. They can operate on pre-designated bus routes too, reducing the need to plan out new routes, and given how easy it is to roll out new Rollas, the entire system of autonomous pods can easily be upgraded as cities expand! 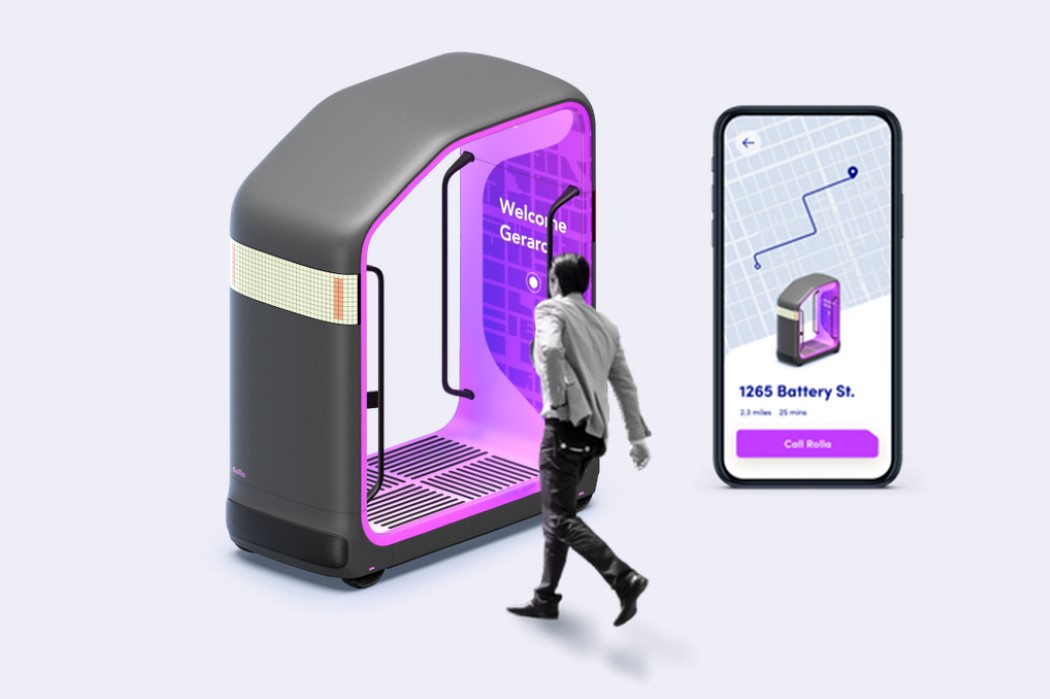 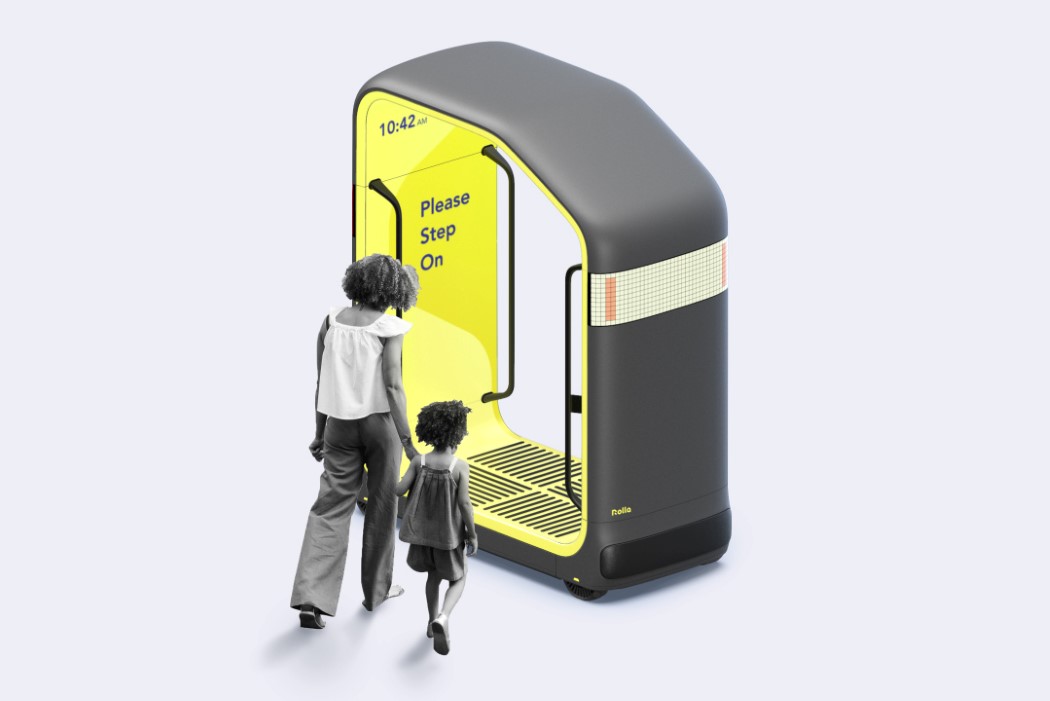 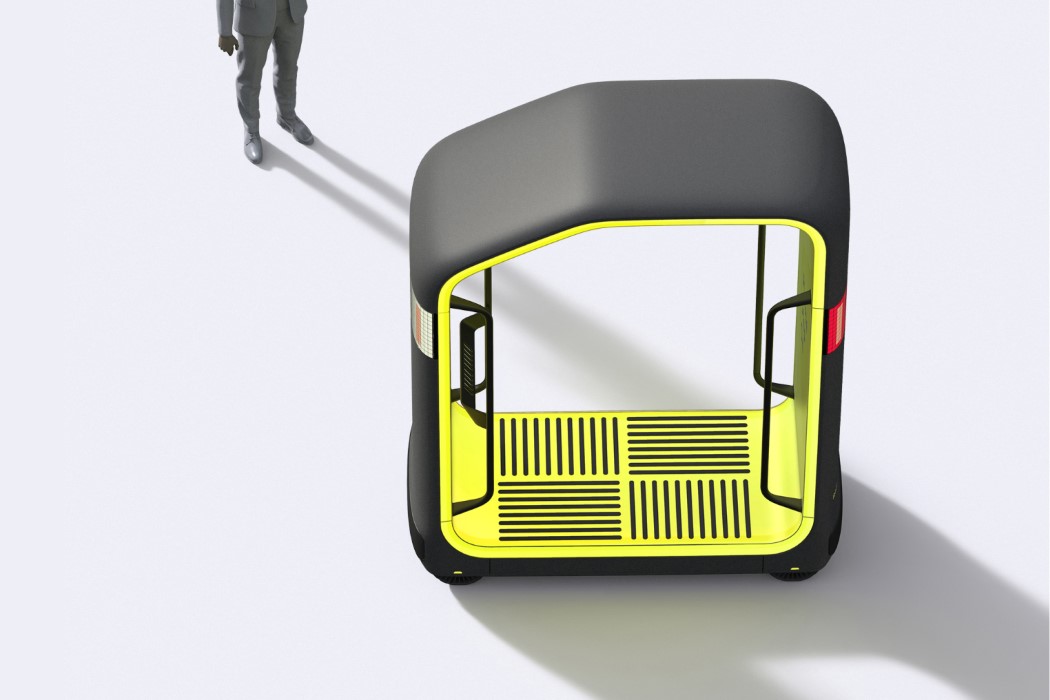 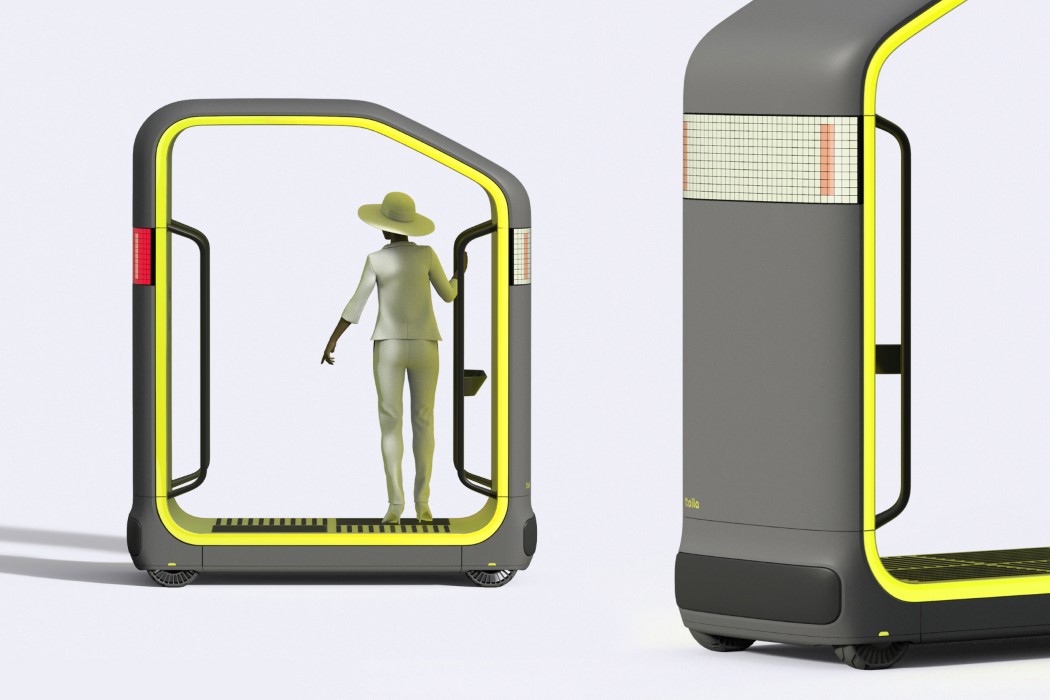 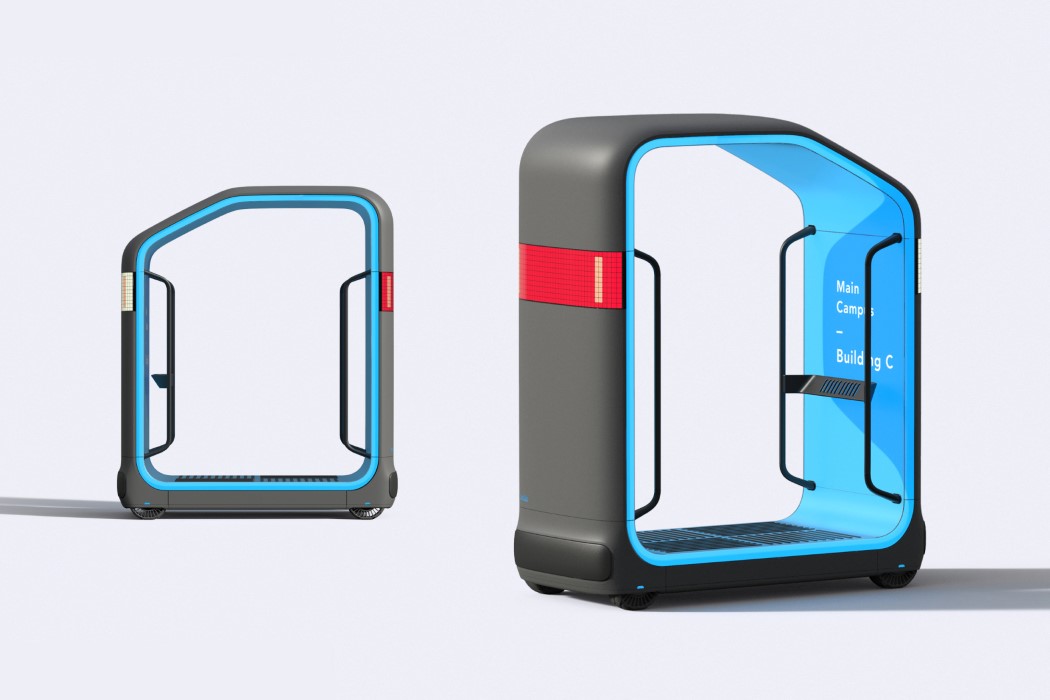 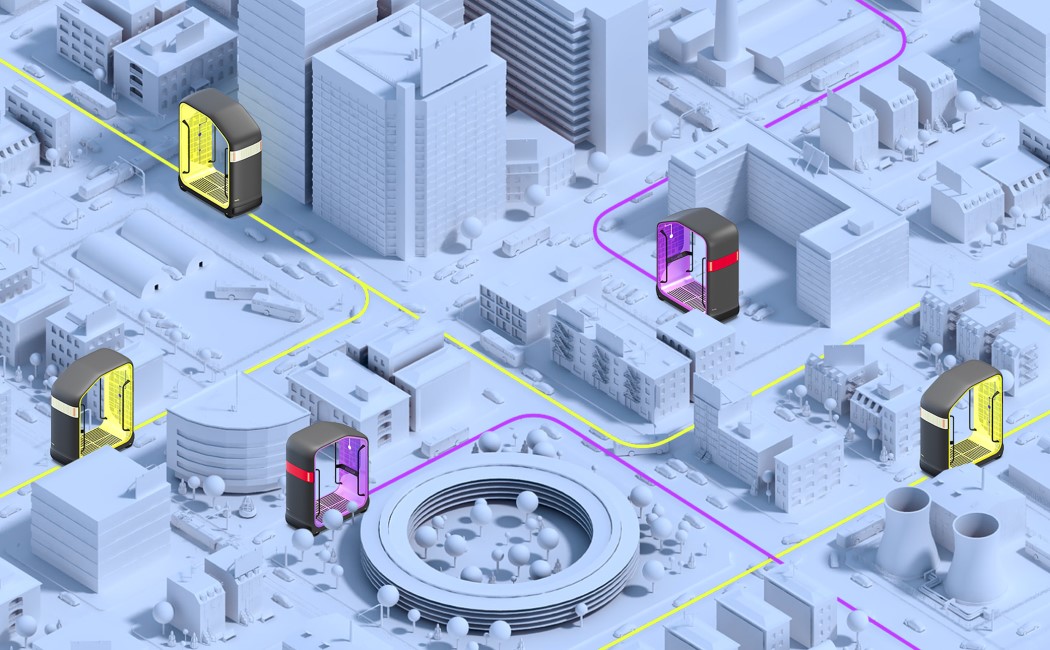 Bringing the Outdoors Inside Furniture by Eli Gutierrez