What good is a pair of eyes outside your door if it can’t work around the clock to protect you from all sorts of threats?

Most smart doorbells are great, but they offer some type of compromise. Either they share your data with giant corporations, or they have low-quality cameras that can’t handle day or night vision. Maybe they aren’t equipped to alert you when it comes to package theft, or they end up accidentally alerting you when the neighbor checks into their own house. The 360 Video Doorbell X3 tackles these common issues with a high-definition 5MP wide-angle camera that captures in crisp detail, and a wide dynamic range that makes sure your videos are clear no matter what time of the day. The WDR technology ensures that you see the faces of people clearly, even if they’ve got sunlight shining from behind them (washing their faces out), or if they’re wearing a hoodie. The camera works at night too, balancing out the image to make sure videos are captured with full clarity at night too.

Perhaps the 360 Video Doorbell X3’s most defining feature, however, is its radar-sensing technology that lets you set your video scanning perimeter. The bell’s high-precision radar and built-in AI can sense object paths and tell when a human or animal is approaching the door as opposed to walking right past it. Facial recognition can help identify between friends + family, and outsiders or visitors; and object recognition can even track parcels left at your doorstep, so if the doorbell detects a suspicious person walking towards the parcel on your porch, it triggers an alert. Conversely, it eliminates false positives by not alerting you if someone walks past your house, or a car happens to drive down the road. The 5MP camera can capture details with significant clarity, and if this suspicious individual came with a car or bike, it even records their license plate number on video. All alerts (from friends visiting, to packages being delivered, to uninvited intruders) are sent directly to your phone in real-time.

The doorbell comes with its own built-in speaker that lets you converse with people outside. If you’re away, you can choose to play automated recordings or custom alarm-sounds too, and a nifty voice-changer can help surprise/deter any thieves who try to break in. The doorbell has its own tamper-proof system too, ensuring it doesn’t get stolen and records evidence when someone tries to steal it. Mounting the doorbell is as easy as either screwing it into the wall (using a mounting bracket and your current doorbell’s wiring), or sticking it to a door using the adhesive backing. The smart doorbell runs on its own built-in 5000mAh battery (which charges via Type-c and runs for 6 months) although there’s the option of a snap-on 10000mAh battery pack which extends its run-time by a full year. The bell’s weather-resistant build quality ensures it works throughout the year no matter the weather, and all videos are encrypted and stored locally for free, with the option of even being uploaded to the cloud (in encrypted format) for a nominal fee… and just like every smart doorbell, it’s compatible with your smart-home and works with both Alexa and Google Assistant.

Each 360 Video Doorbell X3 comes with a free chime that can be plugged in indoors (the chime works as a wi-fi booster too), and an optional 10000 mAh battery pack as an add-on. The basic version of the 360 Video Doorbell X3 (with the chime) ships at a super early-bird price of just $89, with the estimated delivery set for April this year. 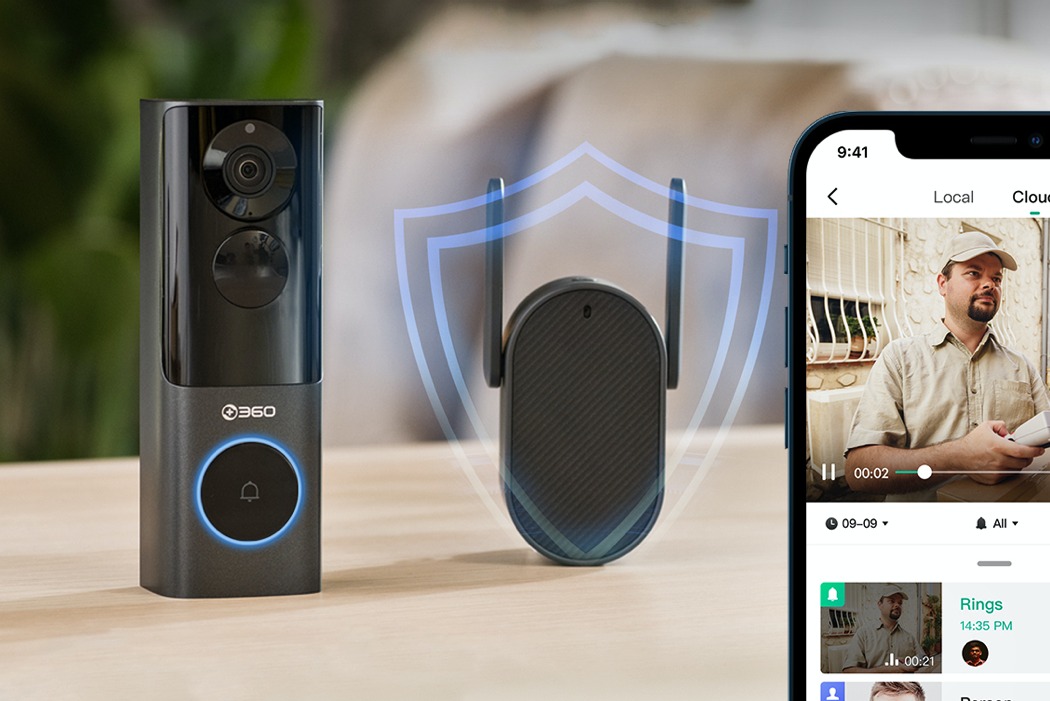 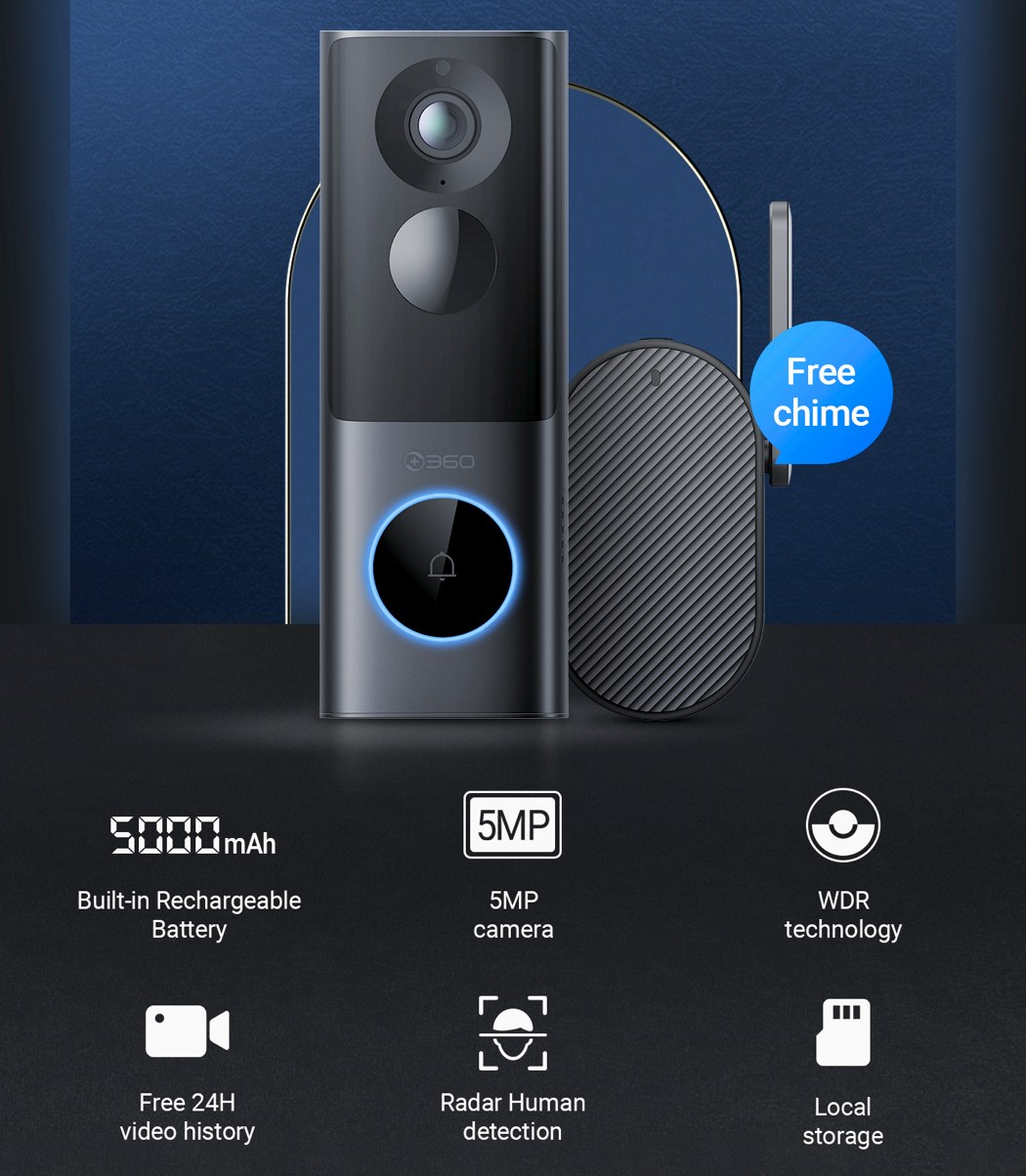 Featuring four detection technologies, the X3 only reports you what matters. Radar sensor offers ultra-precise detection to pick up movement and track object trajectory, to avoid false alarms from traffic or pedestrians. This is complemented by a suite of passive infrared sensors, human detection, and facial recognition technologies to allow extremely accurate and fast readings while maintaining optimum battery life. And the X3 let you customize the detection zone, so you can make sure it’s watching only the areas you intend it to, without recording vehicles or pedestrians passing by.

Their proprietary algorithms can use image-recognition technology to distinguish between human and other sorts of movement, so you won’t get false alarms from falling leaves, vehicles, or animals. 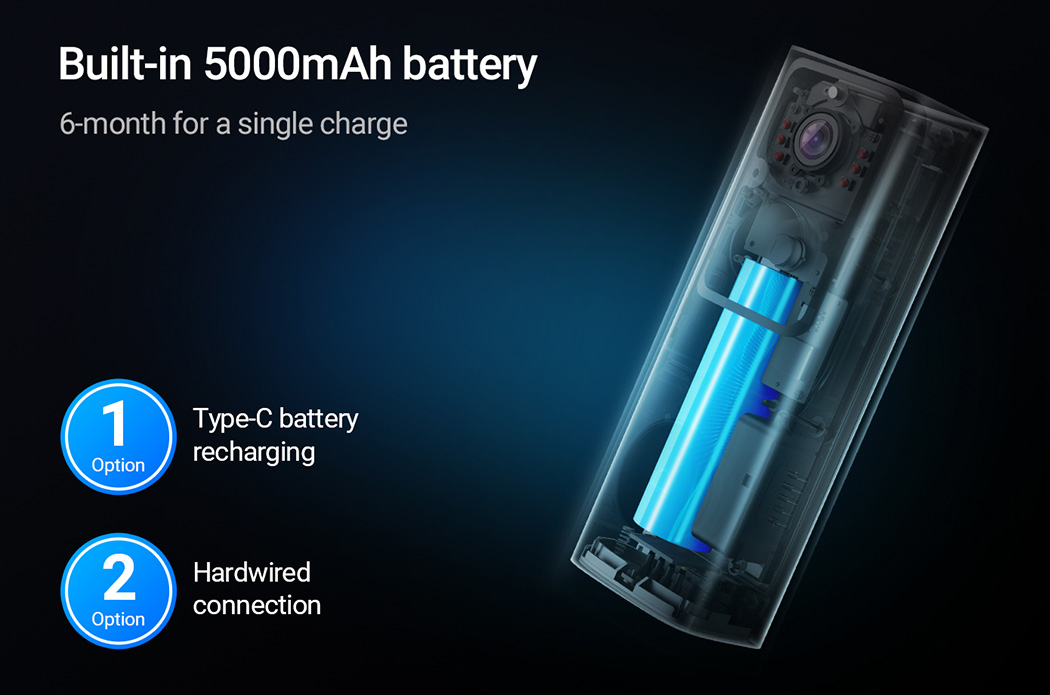 The X3 comes with a rechargeable battery (5000mAh), with a 6 months battery life on a single charge. Moreover, 360 provides an add-on battery pack that can be used to recharge the doorbell without disassembling or can be mounted to it for an astonishing 18 months of battery life in total. 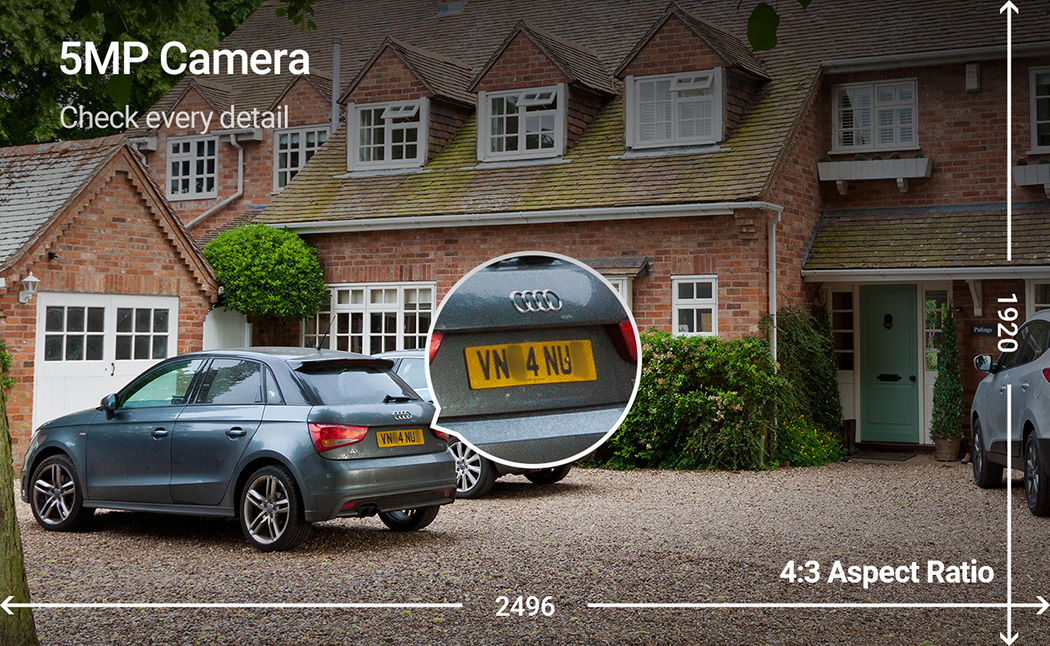 The X3 features a state-of-the-art 5 Megapixel High-Resolution Camera to capture and preserve video in stunning 2496*1920 resolution so that you can even see the license plates on cars! 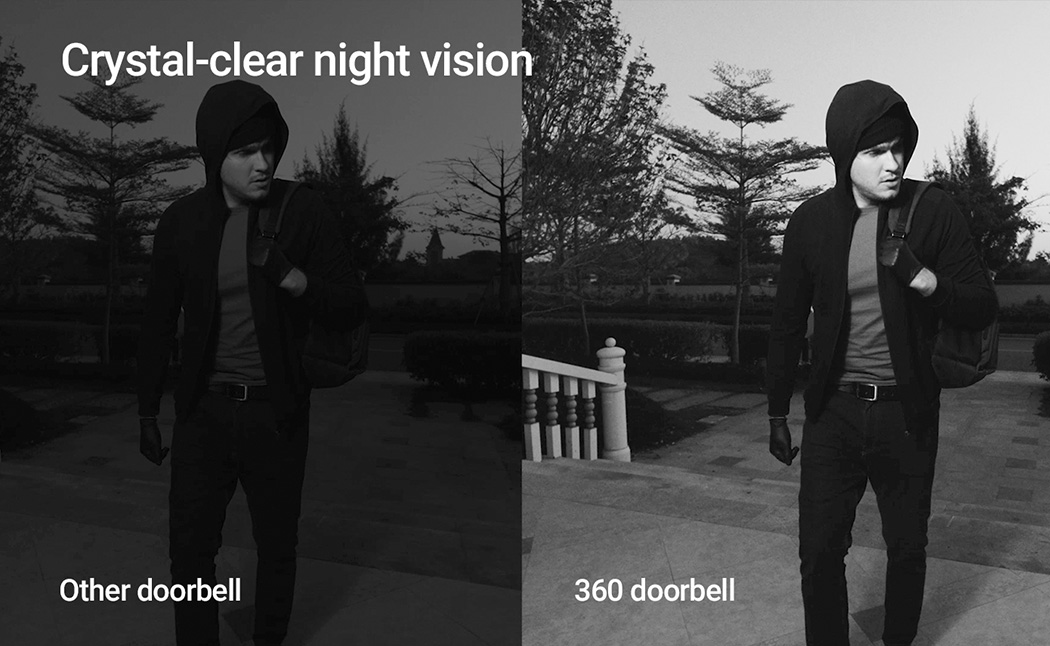 The X3 can automatically detect when there’s a package at your door and send you real-time notifications.

Featuring facial recognition, the doorbell can actually distinguish between friends, family, or strangers, so you always know who’s been to your home.

Once something sets off the motion sensors, the 360 X3 immediately activates, capturing 10 to 30 seconds clips and sending them to you, instantly viewable in real-time and available for replay later. If necessary, you can share them or download them to your phone. 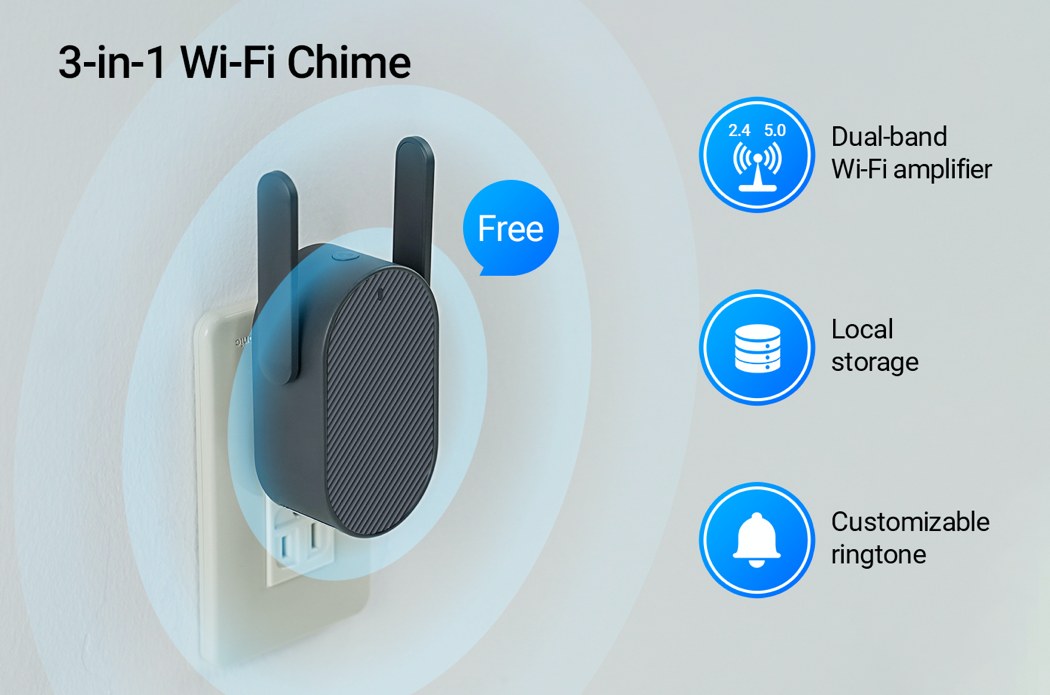 The X3 serves as a chime yet provides local storage to safely store videos or snapshots for you to review at your convenience. And it also serves as a dual-band Wi-Fi amplifier with up to 984ft range*, extending your Wi-Fi coverage throughout your home, and ensuring two-way audio and visual calls through your doorbell are never dropped. 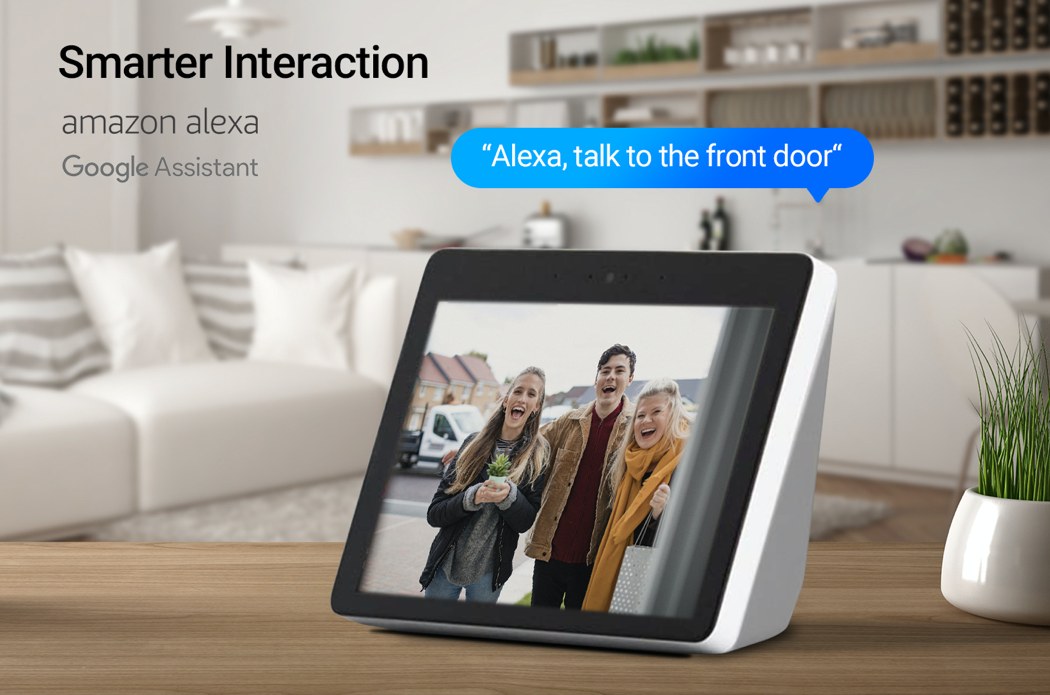 Check your front door, message, or video chat with your visitors all via voice control. Your digital assistant will instantly notify you when someone approaches and show a live view of your front door on your device whenever someone presses the doorbell. 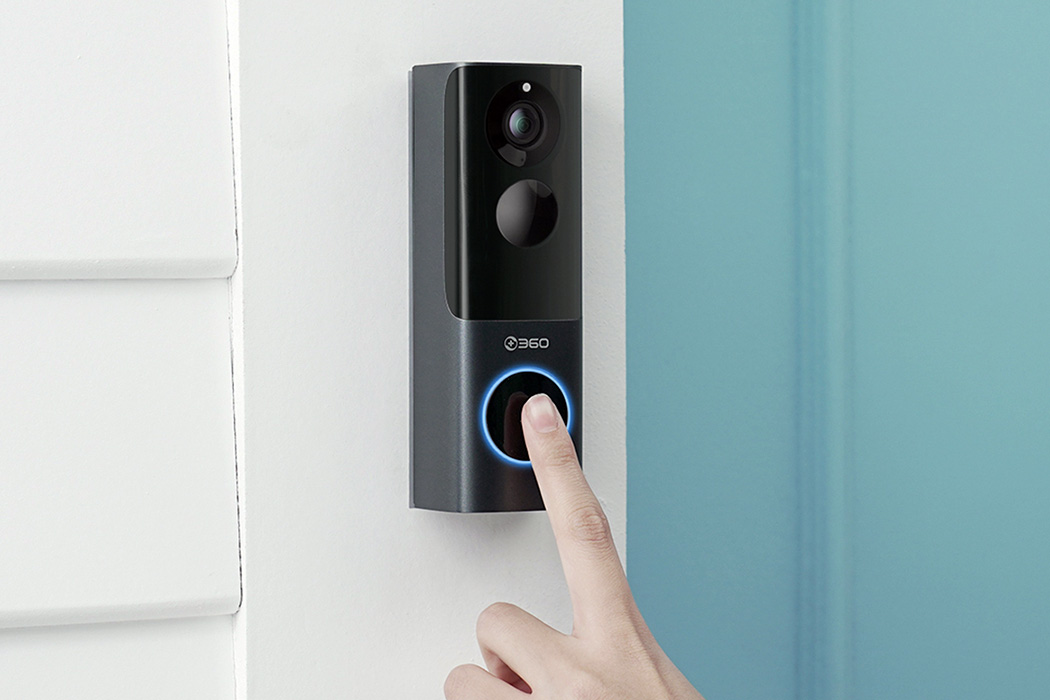 This 3D printed urban reef is constructed from mycelium to increase biodiversity in cities!

Mycelium is a natural material taking over the sustainable design world one industry at a time! A Netherlands-based company is hopping on that train –…

The Slap Bracelet of Door Stoppers

The 2oor Stopper is a twist on the door stopper unlike any other. The flexible band lays flat against the surface of the door to…

This invincible pencil and notepad will work for eternity! Even in space!

Roughly 10 seconds into the above video, I was a combination of curious and impressed. This is the nuka, a pencil and notepad combo that…

You’ve Gotta Have at Least One Use for This!

The designers of the Kopeva really went the extra mile to make sure this thing was uber-multifunctional. I just can’t get over how simplistic its…