During the pandemic, there has been a considerable demand for safe options to get into the outdoors while maintaining the social distancing norms. When hotels remained closed, and the conventional form of tourism was brought to a standstill, there was a considerable rise in the demand for RV, campers, and travel trailers. This demand saw camping trailers with the ability to keep inhabitants off-the-grid fly of the shelf in no time. No wonder then, Taxa Outdoors is making all possible commitment to cater to this demand with a significant revamp to its overloading trailers led by the all new TigerMoth Overland.

The new trailers keep with the Taxa Outdoors’ philosophy of delivering adventure vehicles that can safely and efficiently get the outdoorsy off-the-grid and pamper them in substantial luxury. The company has four towable trailers it calls “mobile human habitats” and the updated lineup for 2021 sees three revamped overland editions. These overhauled overland edition trailers – the Mantis, Cricket, and TigerMoth (all overland models) – have the equipment and forte to take habitants to isolated and remote locations.

The improvement to 2020 Mantis, the new Mantis Overland features improved air conditioning and its kitchen has been updated for better facilities on the move. The more economical Cricked Overland edition is inspired by NASA and has been designed to accommodate two adults and two children. It now has an increased ground clearance, which is also a feature in the TigerMoth Overland. Priced at $24,950, the Tiger Moth Overland is the least expensive of the lot and it comes with an optional air conditioning unit, features a new 360-degree rotating hinge, upgraded suspension, and a pull-out kitchen.

TigerMoth Overland edition, Taxa Outdoors notes, is a habitat built for adventuring. In that accord, the ground clearance of the trailer is increased with the Timbren 2200lbs axles-less suspension. The Overlanding trailer with a dry weight of 1,458 lbs, has a number of premium accessories onboard necessary for those venturing off-road. TigerMoth has been designed to sleep up to three people using an optional roof tent extension and it can, thanks to the electrical solar, and water systems, stay off-grid for up to seven days.

Another interesting aspect of the trailer is its articulating lock n’ roll hitch, which utilizes “360 degrees of rotation and 3 axis movement,” giving more freedom of movement necessary in unpaved roads. With the higher suspension, off-road capable hitch, and 5.5-square foot pull-out kitchen (complete with two-burner stovetop), the TigerMoth Overland is an appropriate off-grid camping trailer for adventurists in 2021. 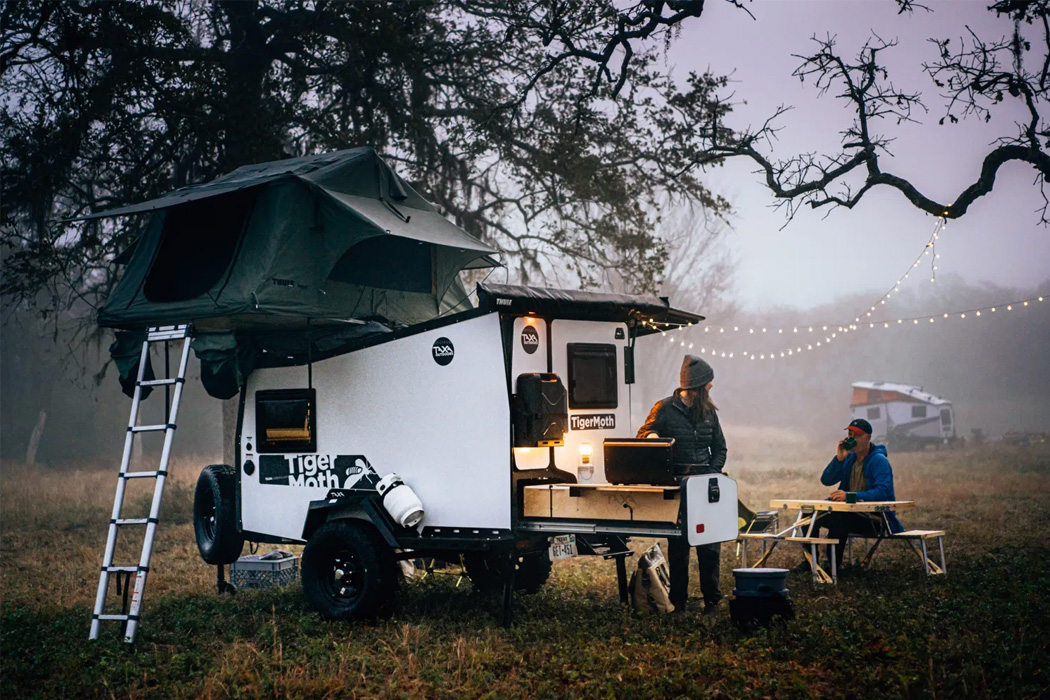 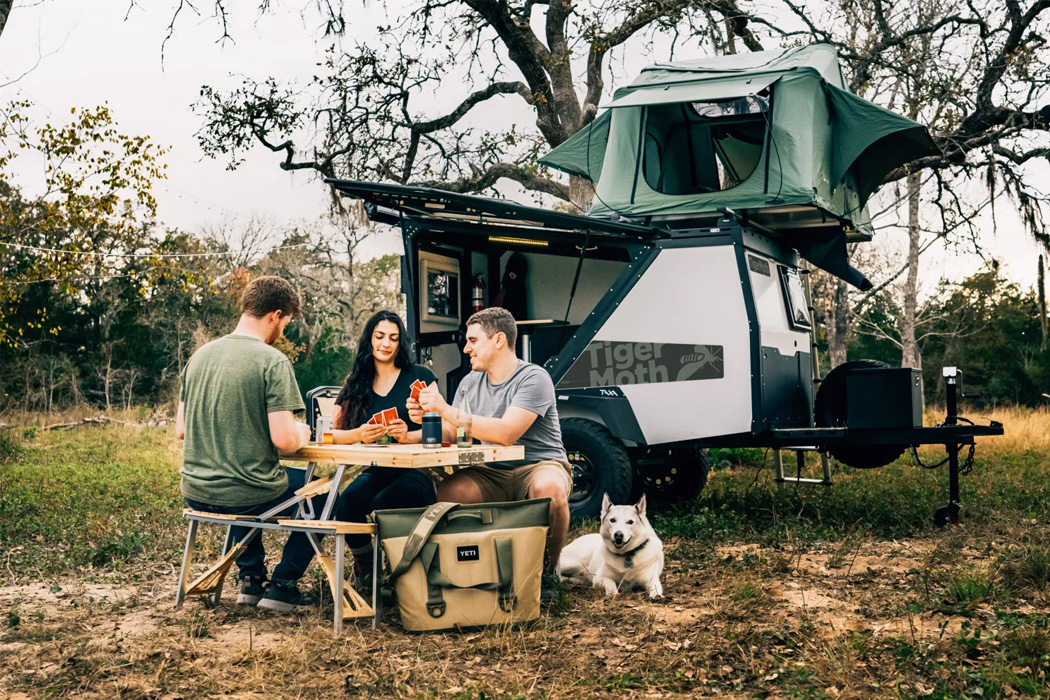 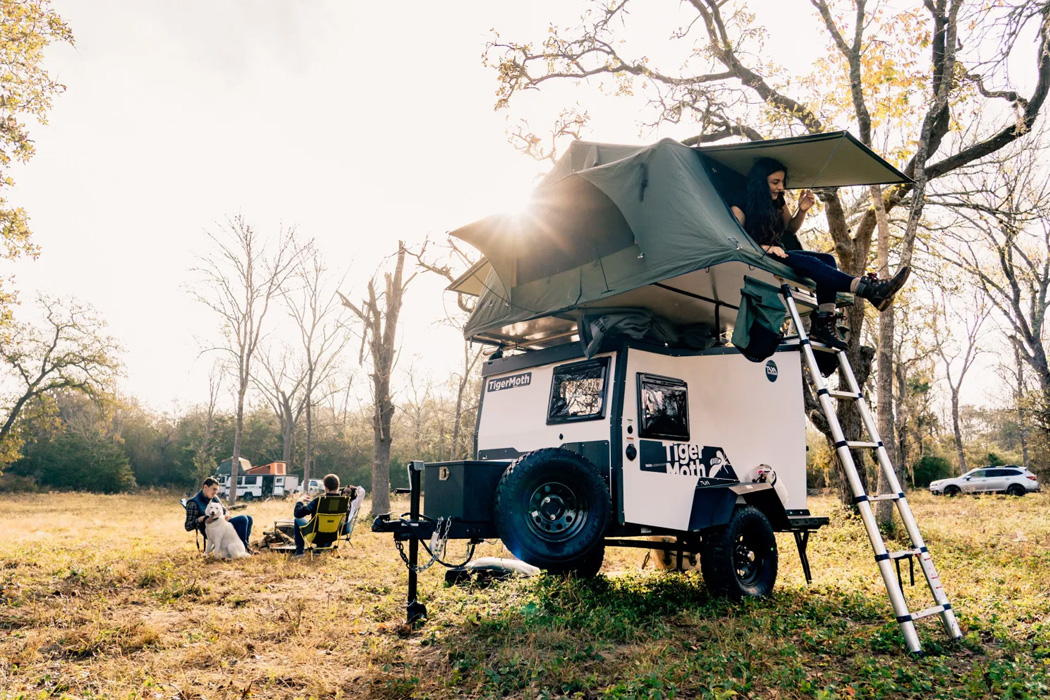 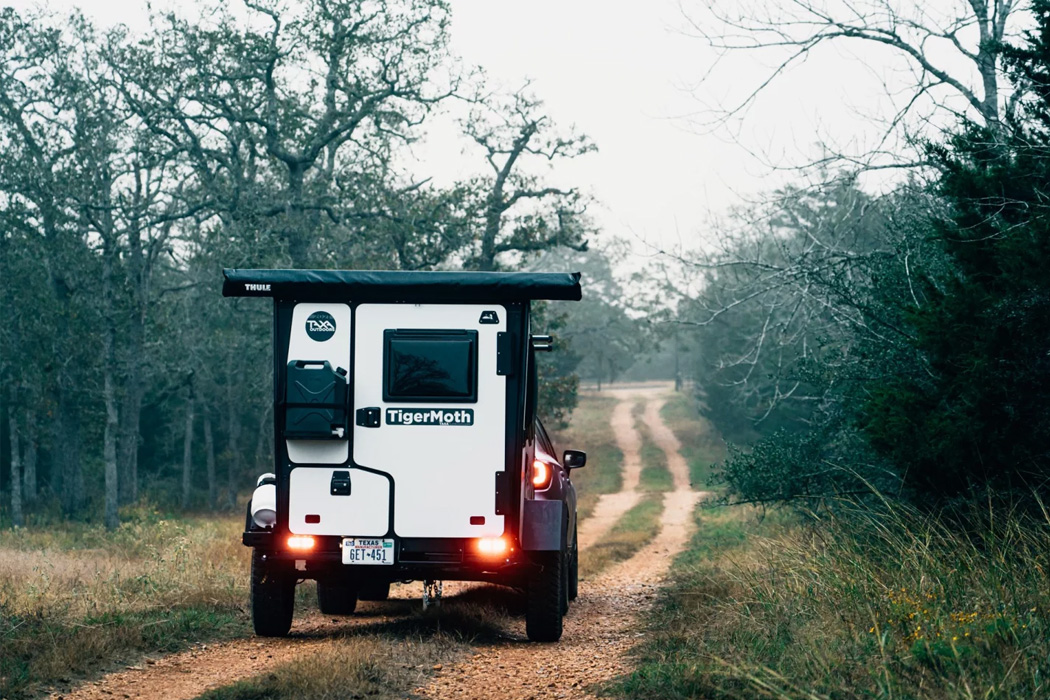 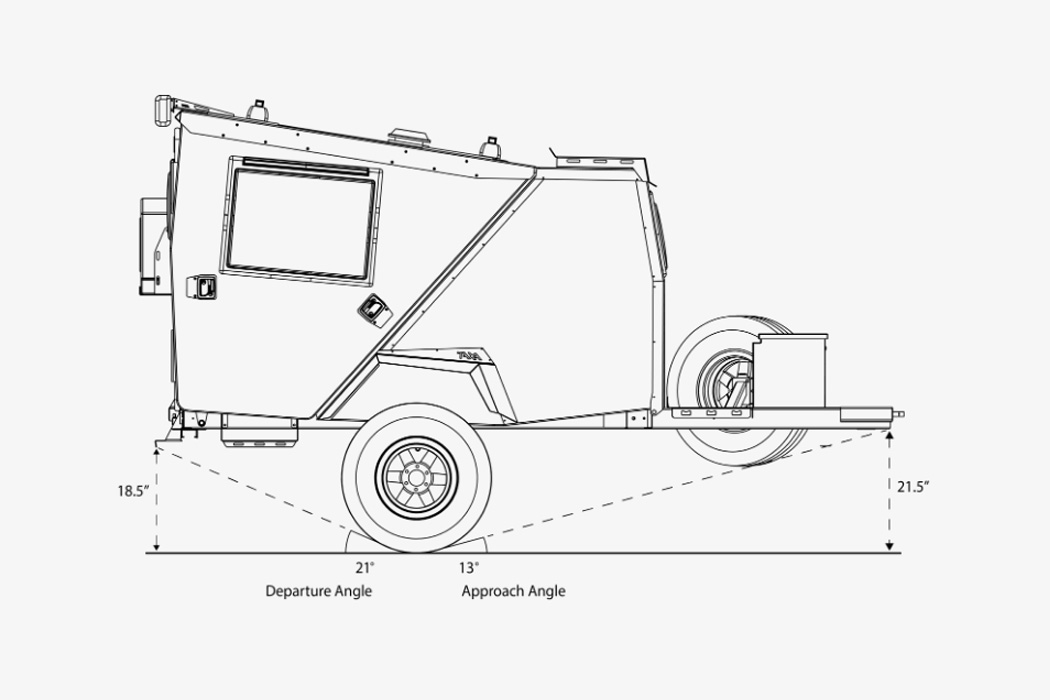 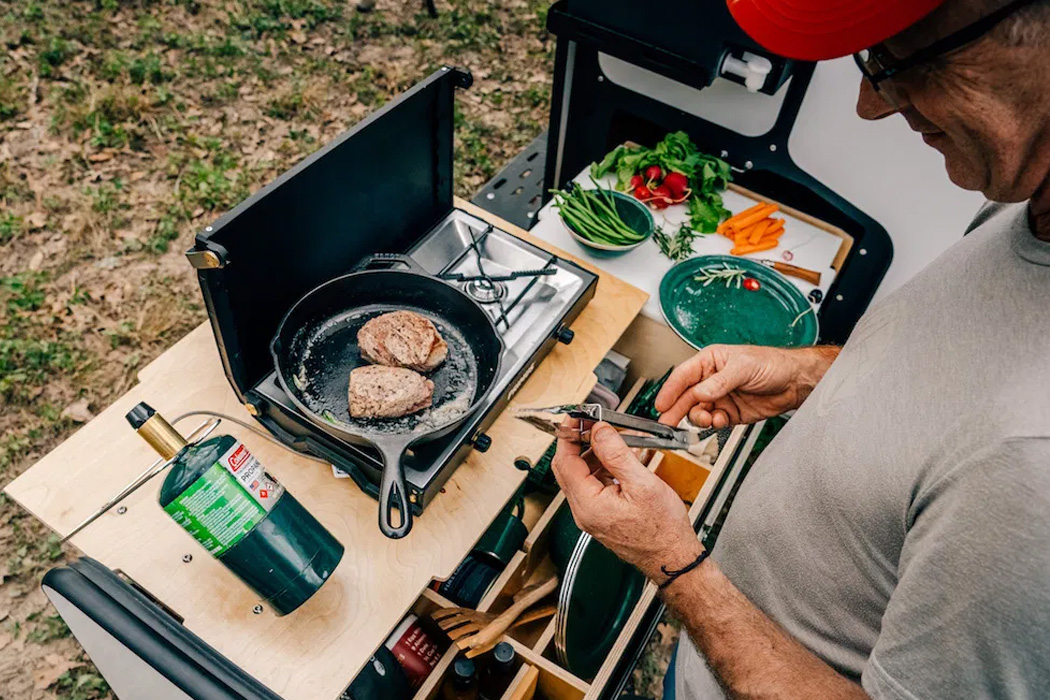 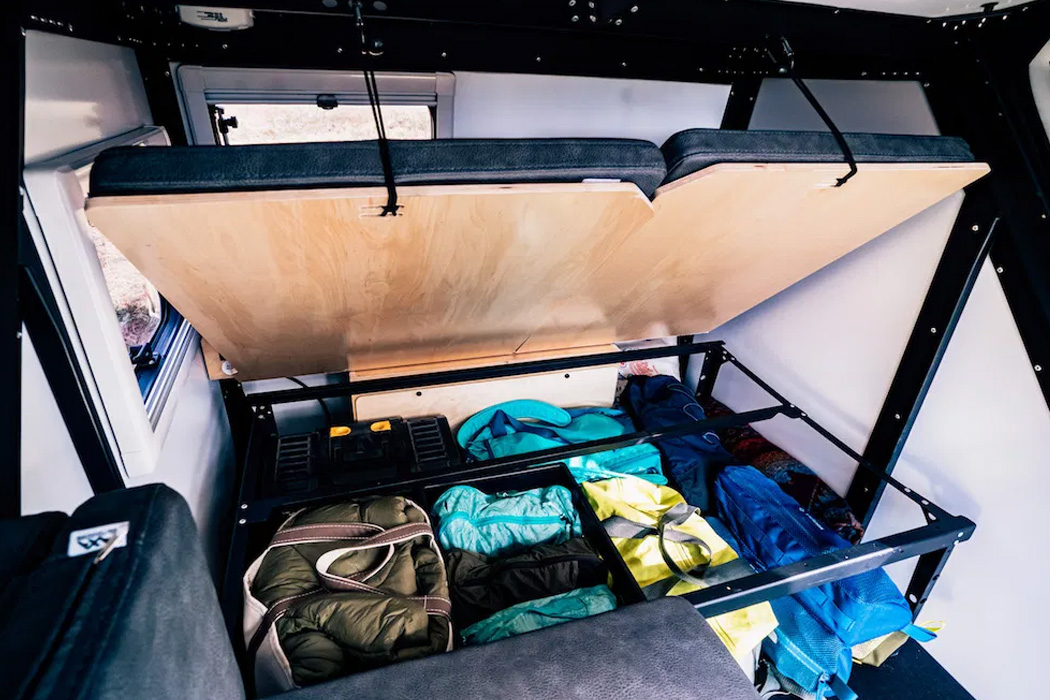 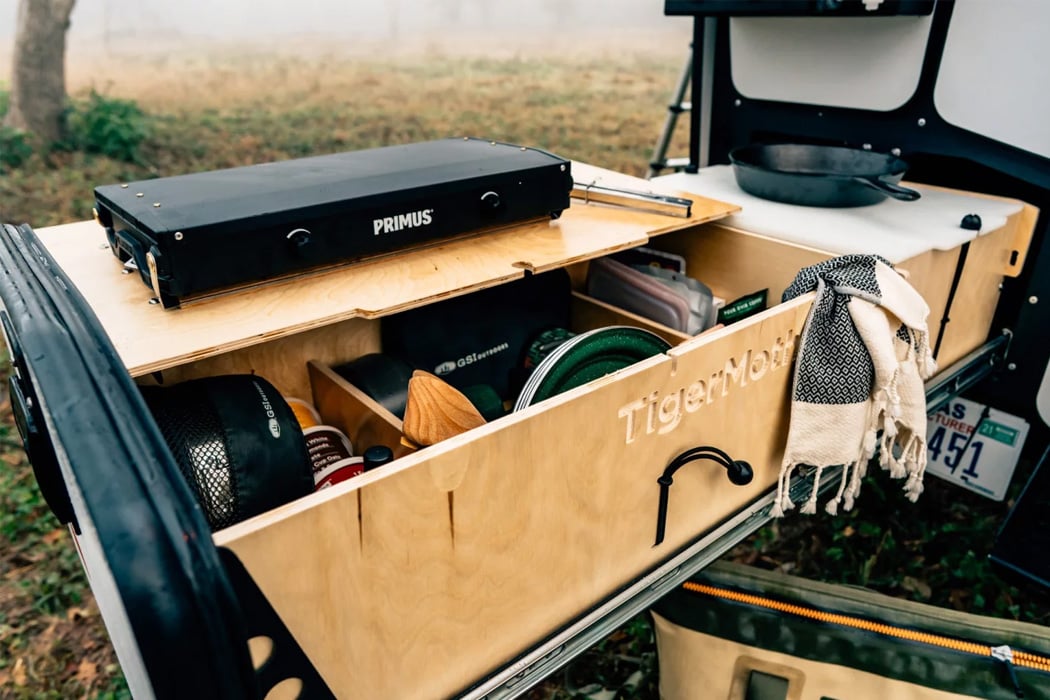 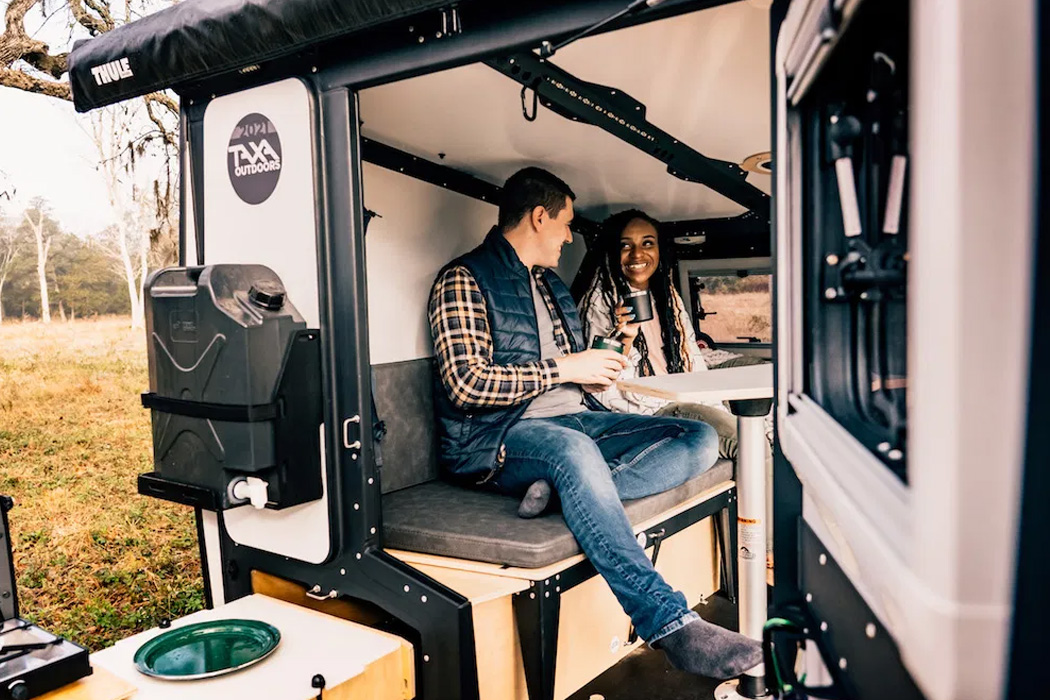 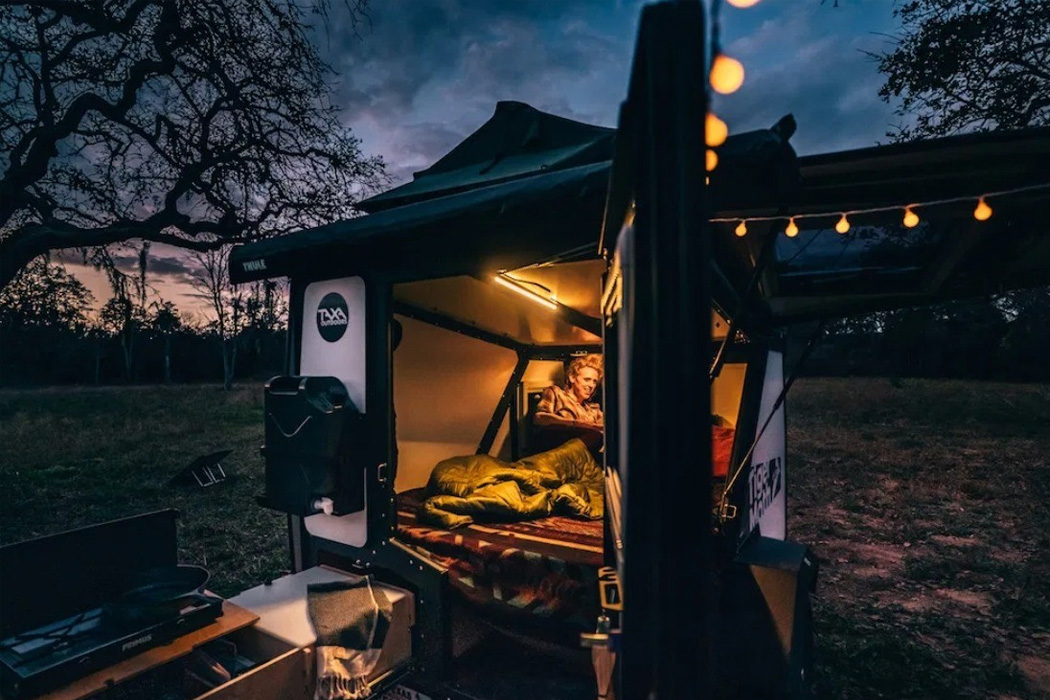 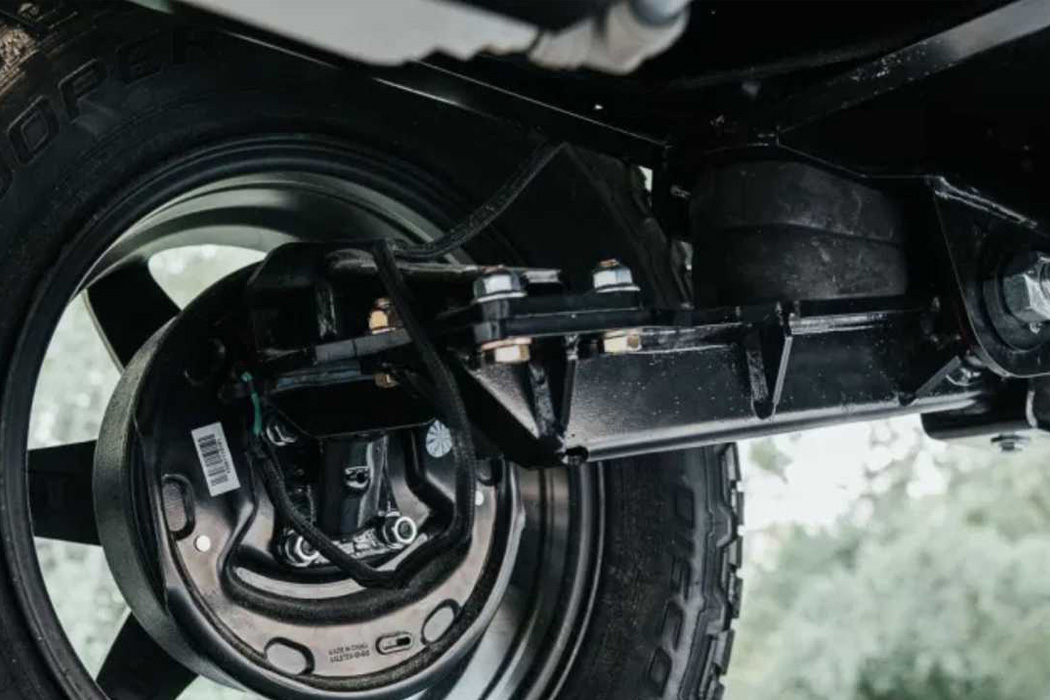 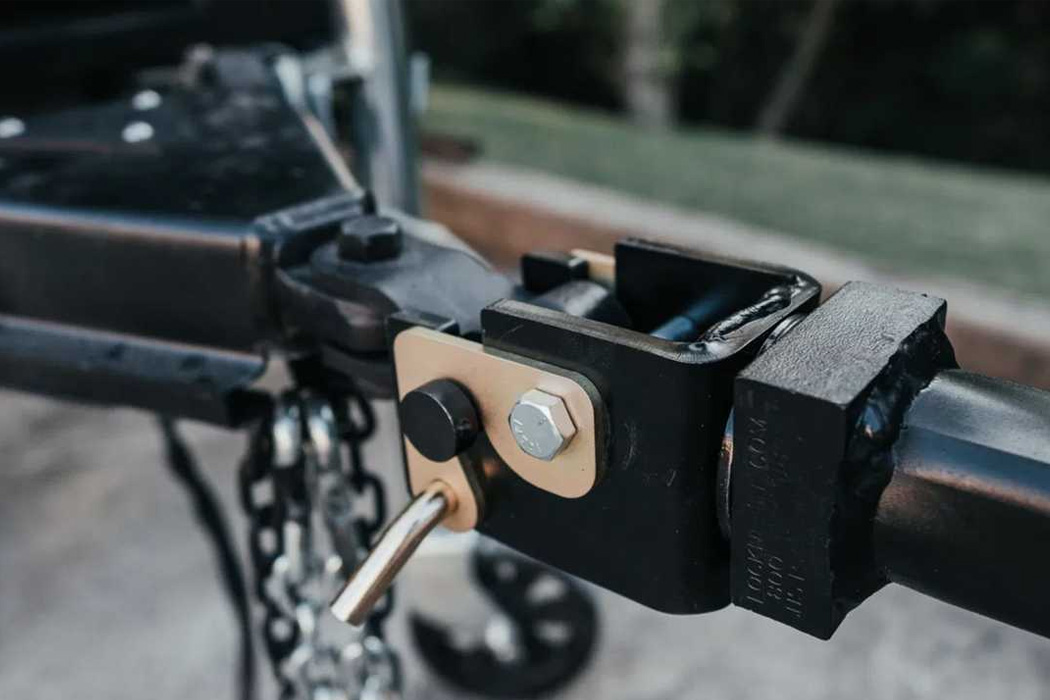 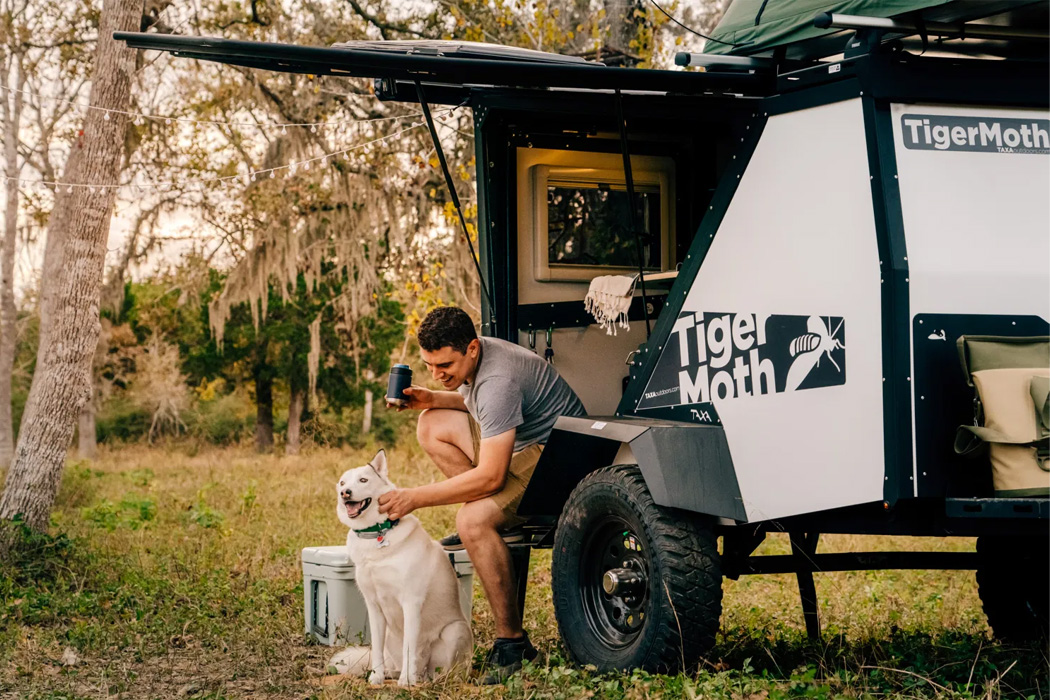 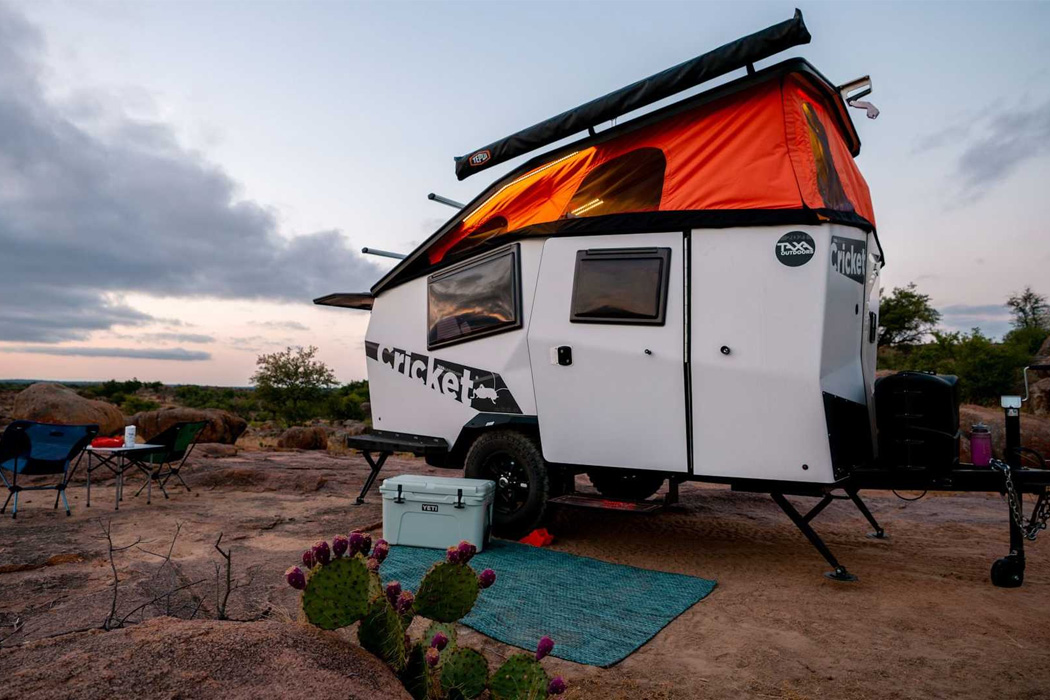 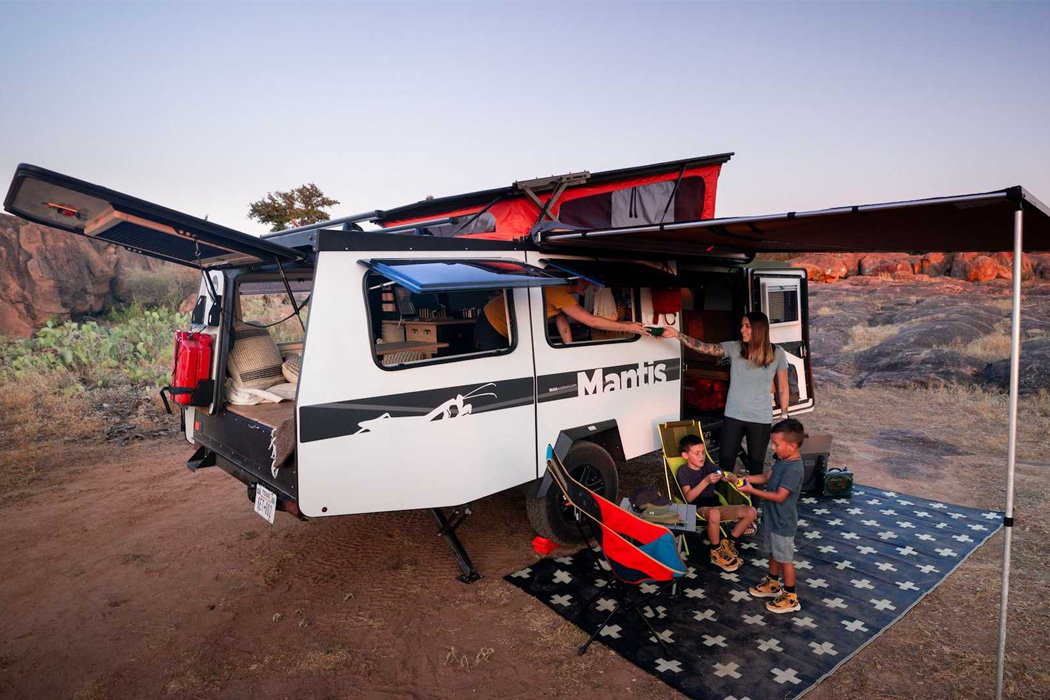 The Stick Pin Iron Kills two birds with one stone; it keeps clips your tie in place and can be used as an impromptu iron…

This clever cutlery collection goes to show that flatware doesn’t always have to mirror the same mundane shape. This contemporary interpretation is not only different…

The wicked-looking Snow-Cat snowmobile ditches the gas powered engine for a hi-tech fuel-cell electric power-train with kinetic energy recovery system. The sleds are fitted with…