Even though the NB24 watch is quite literally ‘love at first sight’ with its beautiful chassis-inspired skeletal design, it is the watch’s backstory that is truly remarkable. We covered one of Code41’s watches last year, a mechanical marvel that was designed to be the world’s first unisex mechanical watch, with creative inputs from a diverse team of men and women. The NB24 by Code41 comes with a strong source of inspiration too – it pays tribute to the company’s ambassador, Nigel Bailly – a young paraplegic who will be fulfilling his dream of driving the famed 24-hour Le Mans circuit in June 2021.

The NB24 is a remarkable mechanical watch that showcases a unique skeletal design that highlights the watch’s complexity. It sports a one-of-a-kind custom mechanical movement on the inside – designed specifically for the NB24 watch – with a peripheral oscillating weight that swings to and fro, and is visible on the front of the watch itself. The weight goes through its oscillating motion continuously for 24 hours, both charging the watch as well as highlighting the 24-hour continuous journey Nigel Bailly will have to make during the Le Mans.

The watch’s outer body (and parts of the dial) come in two variants, a light, resilient Grade 5 Titanium (often seen in high-performance tools or luxury EDC), with the option of an AeroCarbon variant too, where the entire watch’s body is made from carbon-fiber – a hat tip to the race-cars used in Le Mans, among other racing circuits. The aeronautical-grade carbon-fiber is twice as light as titanium, and is 2.5 times more resistant to bending than steel. The carbon-fiber for the AeroCarbon cases is produced on-demand in France, with as many as 300 layers, each placed at 90° to the previous and compacted under 10 bars of pressure in an autoclave oven. This gives the material its resilience and its density, while also making the AeroCarbon variant of the NB24 watertight without needing a separate titanium waterproofing chamber.

A major part of the NB24 watch’s design was informed by Code41’s own ethical approach to production too. The watch falls under the company’s TTO (Total Transparency on Origin) label which means consumers get to see where each component is being sourced from, and also at what cost. “We clearly explain the production costs and mark-ups required for the project to be profitable, so that we can concentrate on what we’re really passionate about: creating high-quality mechanical watches”, says Claudio D’Amore, Founder and CEO of Code41. This approach means the watch’s official price isn’t a number engineered by the marketing team, but is rather a very realistic reflection of the NB24’s cost of production. Watches are built based on pre-orders, helping keep inventory costs to a minimum, along with a special 3-year guarantee. Not to mention the fact that it’s probably the most competitively priced for a carbon-fiber/titanium timepiece with a custom one-of-a-kind mechanical movement! 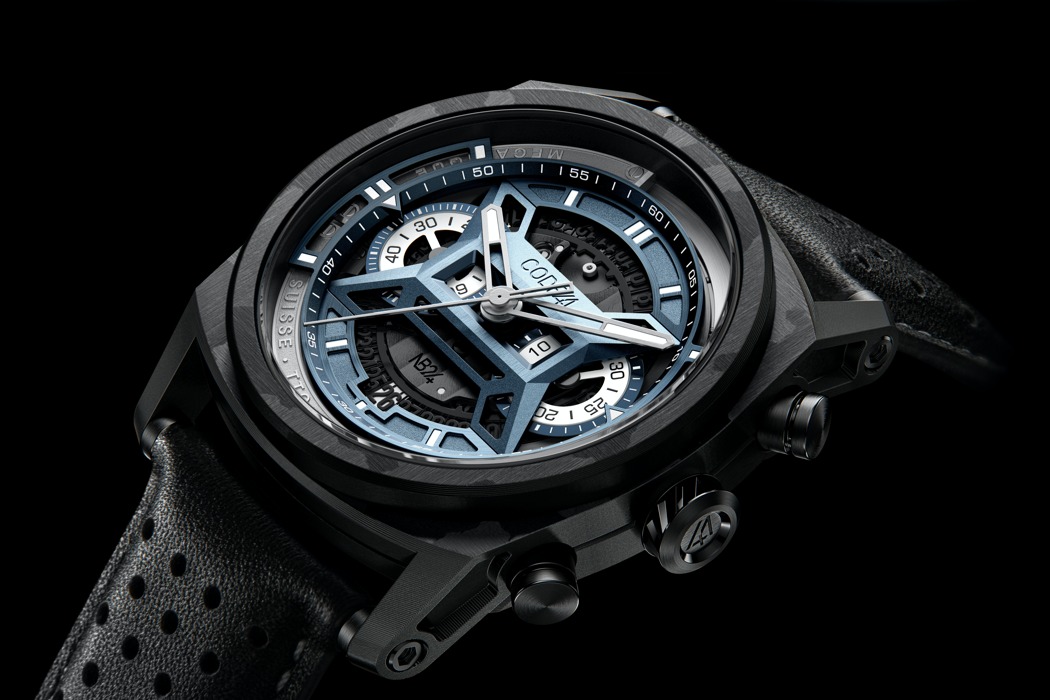 Following 9 months of development, thousands of votes and comments from the community have allowed Code41 to make the NB24 chronograph a reality. For the NB24, they have made the move of creating an exclusive movement with a peripheral weight integrated into the dial side. 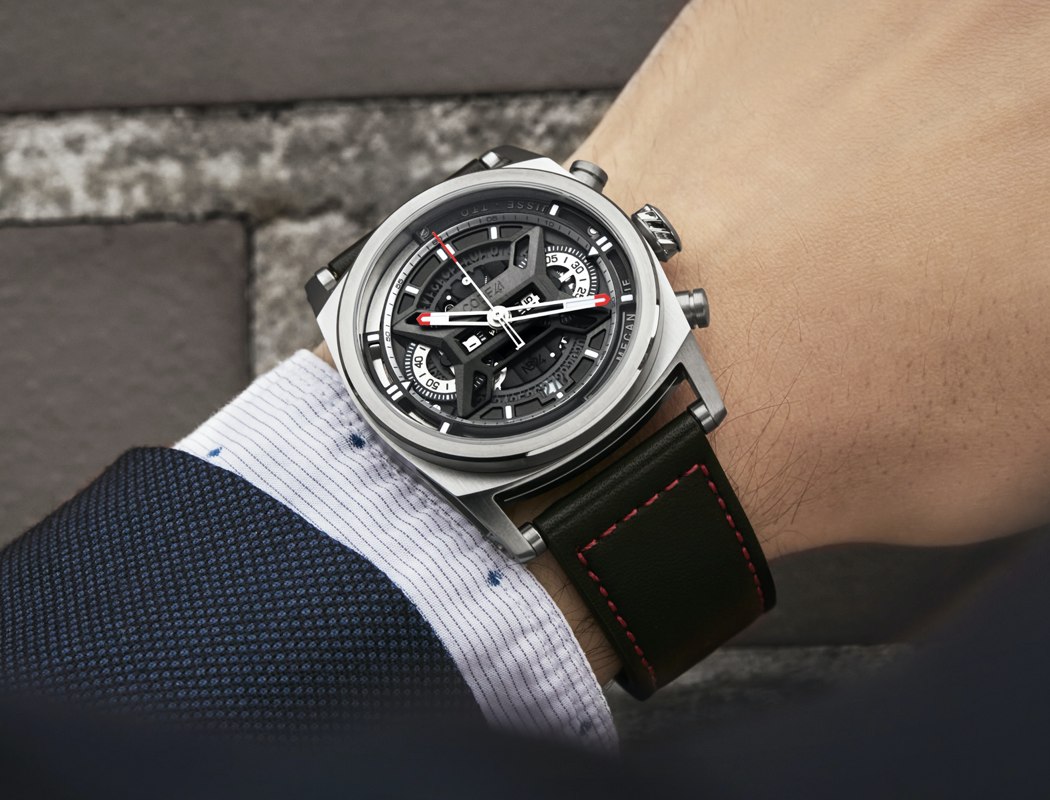 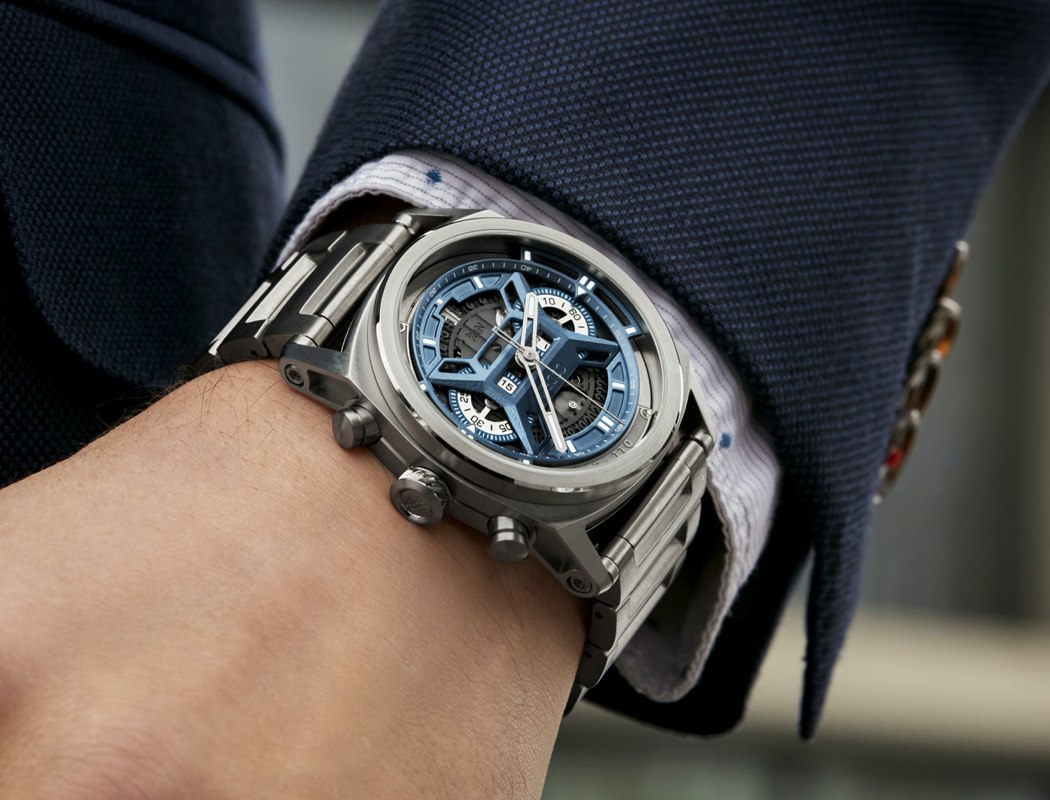 Features of the NB24 Chronograph 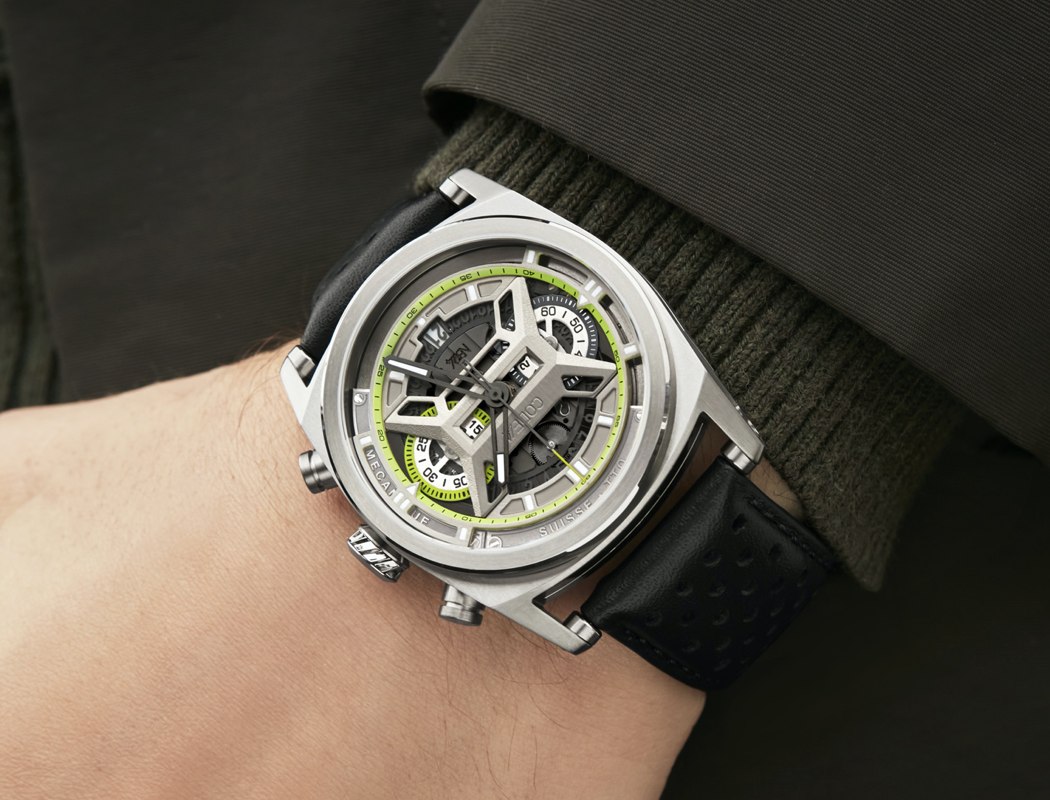 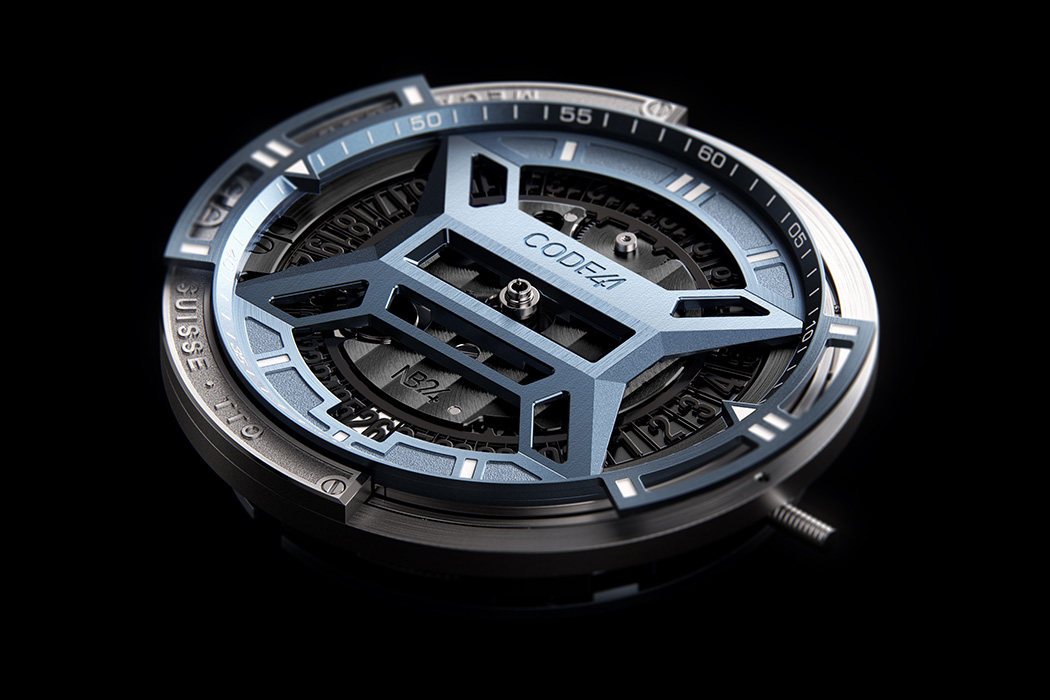 As the chronograph is one of Code41’s partner Concepto’s specialties, they have been able to make use of their base, constructed using the architecture of the famous 7750 movement, known for its robustness and reliability. Code41 modified it by moving the counters, redesigning the bridges, and above all adding a peripheral weight on the dial side. This rare complication alone accounts for a third of the cost of production. It’s important to point out that all of the components, except for the mainspring and the jewels, are produced in-house. 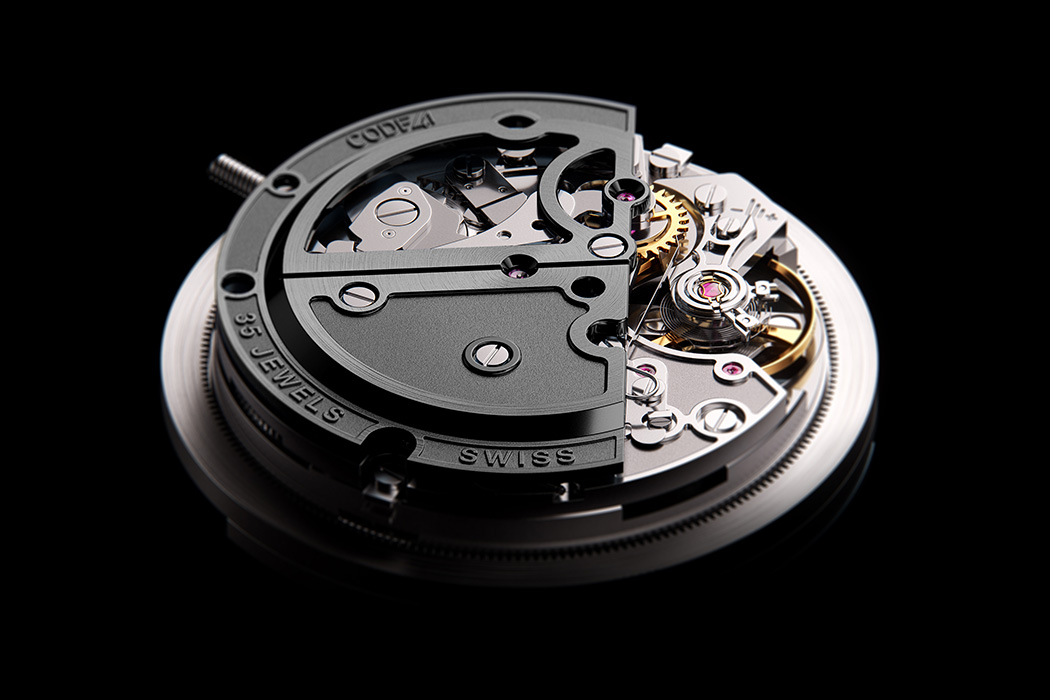 Based in the heartland of Swiss watchmaking, the manufacturer Concepto was founded in 2006, and today boasts a team of 120 people who handle all of the watchmaking expertise in-house. 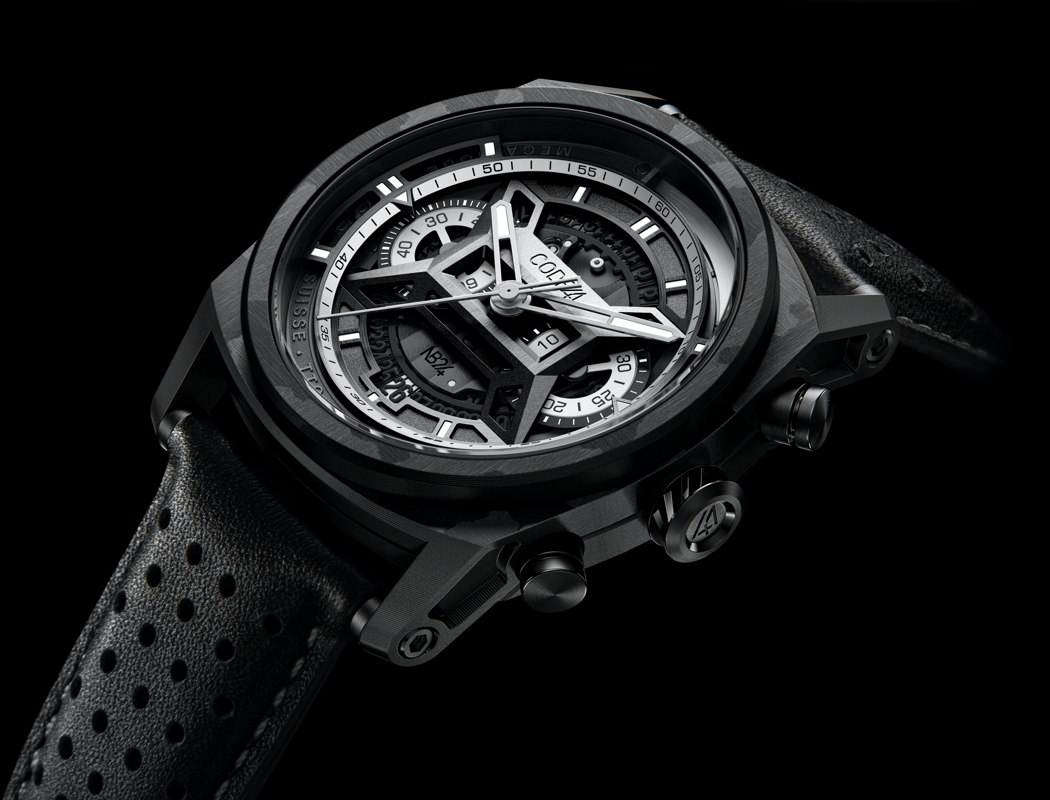 NB24 AeroCarbon – Extremely strong, carbon fiber is one of those technical materials that combines perfectly with mechanical watchmaking magic. But we didn’t want any old carbon fiber, we wanted the best of the best. The AeroCarbon’s case is made from a high-density aeronautical carbon fiber.

Produced for us on-demand in France, the blocks are made up of over 300 layers, each placed at 90° to the previous and compacted under 10 bars of pressure in an autoclave oven. This process guarantees an exceptional composite 2.5 times more resistant to bending than steel.

In addition, due to its high density, AeroCarbon is watertight without the need to add a titanium chamber, as is the case with the carbon fiber, less dense and more porous, typically used in watchmaking. 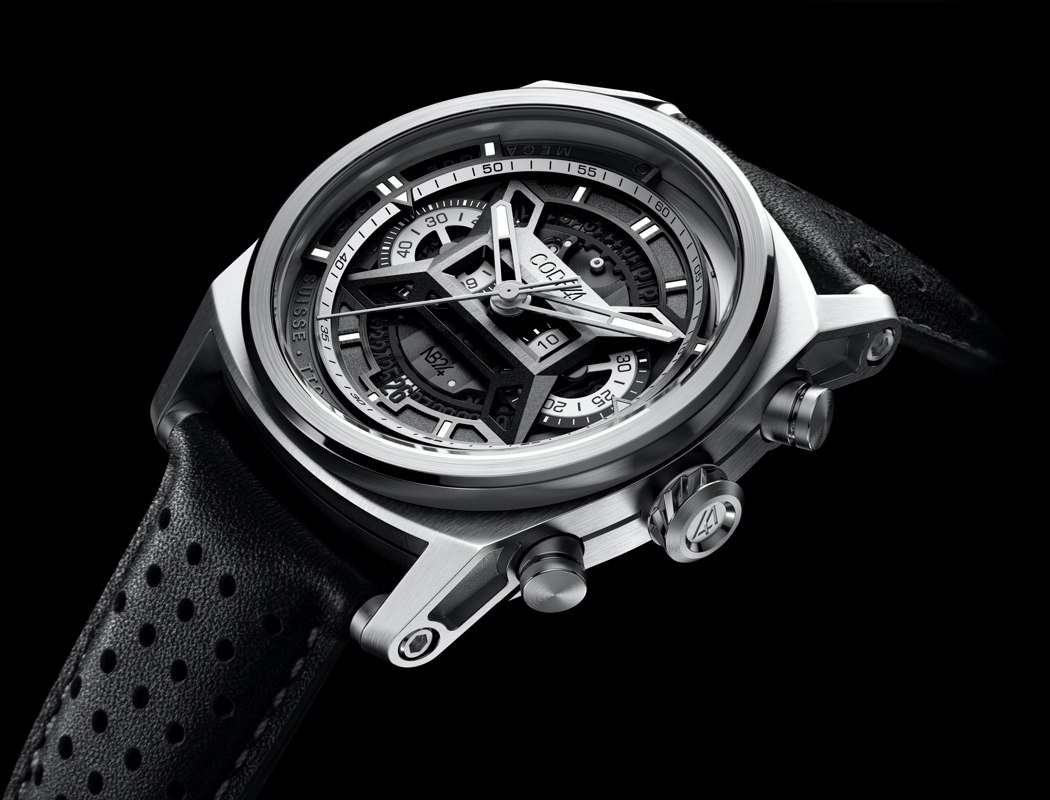 NB24 Ti5 – Titanium offers the comfortable advantage of being around twice as light as steel. For our NB24 chronograph, they opted for grade 5 titanium. It’s more expensive than grade 2, but it offers double the toughness and finer detail in the finishing.

Purpose of the Oscillating Weight Explained

So-called ‘automatic’ mechanical movements are fitted with an oscillating weight that recharges the watch through wrist movements (no battery required). As it swings from left to right, the weight rewinds the mainspring, which stores the energy required for the mechanism to function correctly.

Dial-side Peripheral Oscillating Weight: The peripheral weight is a real technical feat, today mastered by only a handful of brands. Code41 already fitted one to their X41 movement, but for their NB24 chronograph they have gone even further by making it visible on the dial side. It’s a defining feature found on very few pieces.

NB24 – The Realization of a Dream 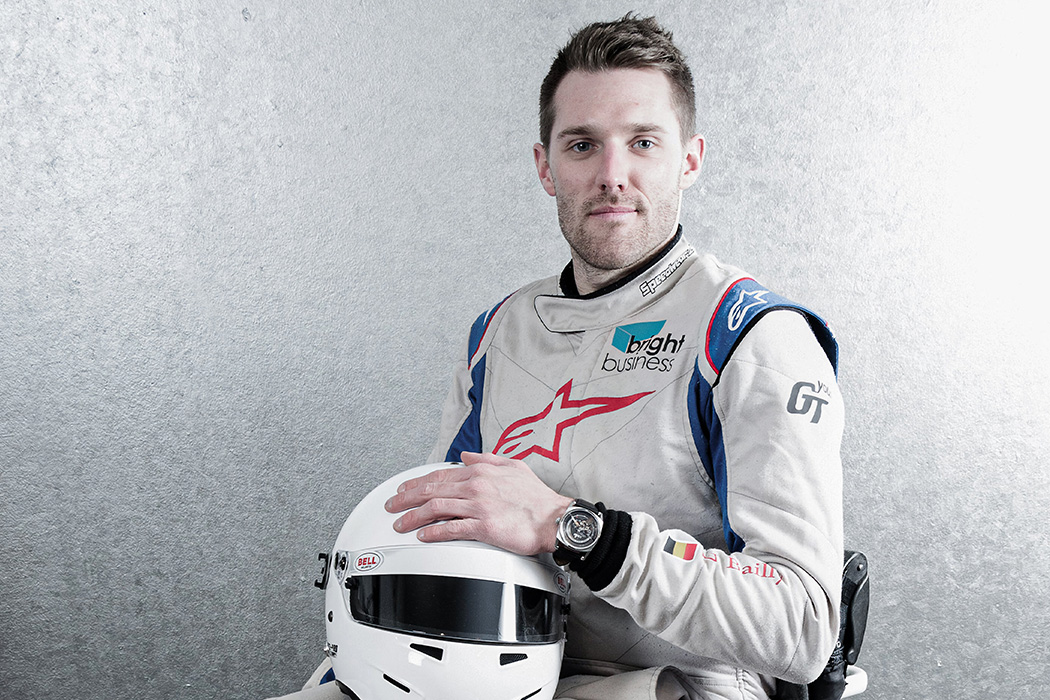 The NB24 encapsulates the story of ambassador Nigel Bailly and his dream of taking part in the 24 Hours of Le Mans. When this young paraplegic driver shared with Code41 his passion and determination in 2017, and the team was immediately drawn in and decided to accompany him in his adventure.

After 3 years of relentless work, Nigel will take part in the 24 Hours of Le Mans in June 2021, thus proving that nothing is impossible. Nigel’s courage and determination are an inspiration. This chrono project is dedicated to him. 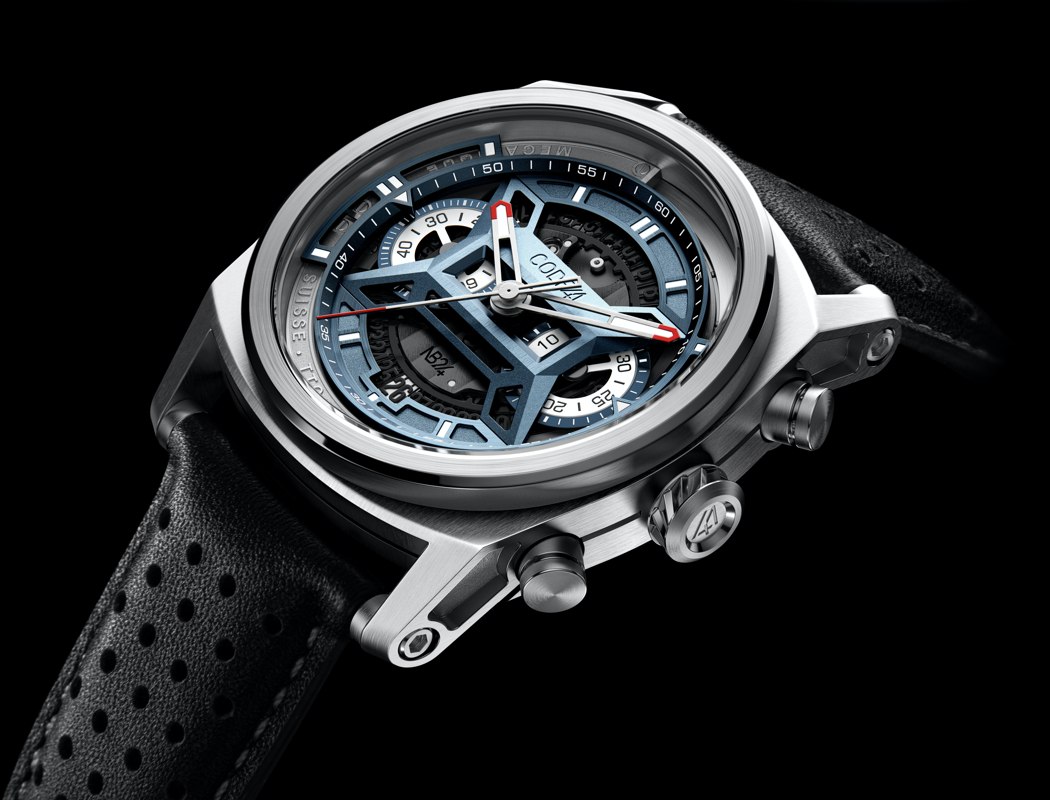 If you’re a designer, student, or anyone else who relies heavily on your computer, you know that even as laptops get slimmer & lighter, all…

https://www.kickstarter.com/projects/loomyloomy/loomyloomy-healthy-sleep Going to sleep has unfortunately turned into a quest for many, owing to the extensive usage of smartphones. Checking social feeds, emails, or watching…

A Sports Duffle that also doubles up as your gym locker

https://www.kickstarter.com/projects/antitheftsportsbag/activcargo-tribal-the-worlds-1st-anti-theft-sports The Tribal sports bag is an aggregation of a number of good ideas, tied up well into a sports bag that’s a pleasure to…