It’s been roughly 13 months since the last time I felt the need to express disdain and outrage at a product launched by a large company – and in a lot of ways, it’s a good thing that I haven’t found myself tapping into this side of me in over a year. It’s a testament to the fact that we’ve got enough good design to talk about. The Swiss-Cheese Mac Pro and the Toblerone-on-wheels Tesla Cybertruck drew my ire last year, and while most of my time in 2020 has been focused on making banana bread and dalgona coffee while we figure out the vaccine situation, I now find myself disapprovingly tut-tuting at Apple… and it isn’t because the company has literally had 4 separate keynotes in a single year.

Let’s talk about Apple’s “One more thing” moment this year with the AirPods Max. Jobs would be rolling in his grave at that word-salad of a product name for something as simple as “headphones”. The name, however, is just one of many issues I have with the product, which I’m sure is “the best pair of headphones” Tim Cook’s ever experienced. So, why don’t we break down the AirPods Max and analyze why Apple’s probably dropped the ball on this one.

Hey Apple, it’s a name, not a family tree…

I can only imagine how disappointed some children will be on Christmas when they ask for the AirPods Max and their parents come back with a pair of 2nd Gen Airpods saying “Isn’t this what you asked for?”. Names are supposed to give you clarity, not confuse you. Apple’s naming strategy has been working phenomenally well for their MacOS version nomenclature (which used to be named after animals, but are now named after locations in California). It’s sweet, memorable, and you rarely confuse version Catalina with version Big Sur because they sound so different. The AirPods Max, however, is confusing because each word is a separate product, and I venture it won’t be long before they release a pro-line of headphones that they’ll call the AirPods Max Pro. 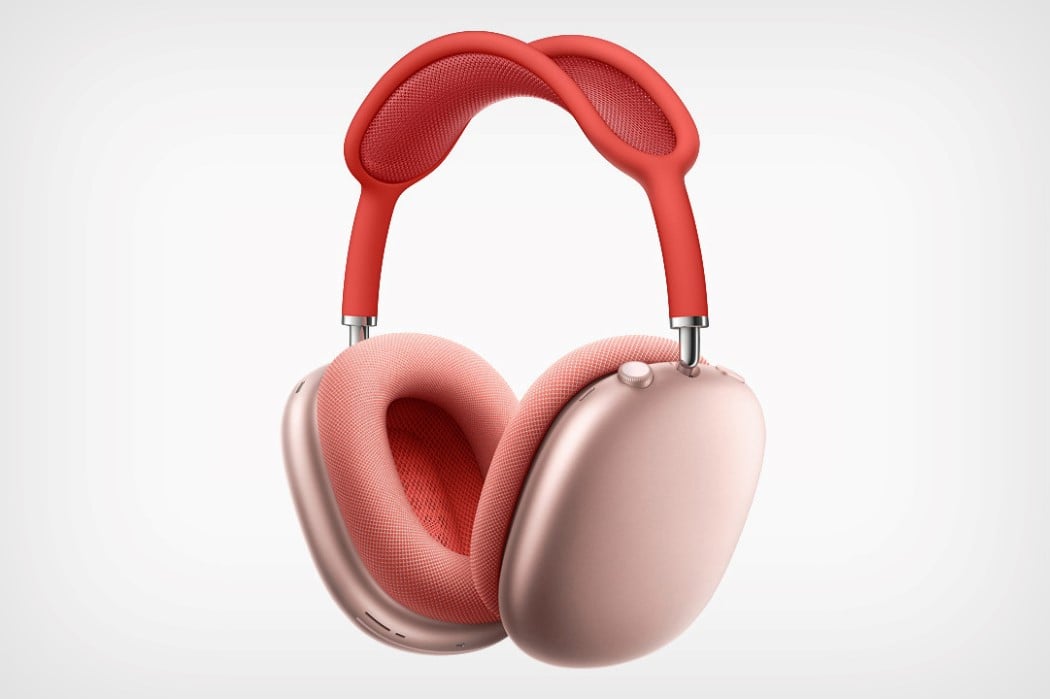 The AirPods Max’s biggest tragedy is that it never built on the legacy left by Beats by Dre. Instead, you’ve got a product that looks like something available at a Shenzen streetside vendor with no branding or recognizable design language. That’s right, not even an Apple logo. Now the AirPods (the small ones) had a valid reason for not including the Apple branding on them. They were small… and they looked exactly like the wireless versions of the EarPods that came with each iPhone (which also didn’t have the branding on the earpieces). The AirPods Max, on the other hand, are large enough to accommodate the logo, but more importantly, they’re a new product and category… two pretty strong reasons to need to brand your product (especially as some sort of protection against counterfeiters). I mean, even the Beats headphones had massive branding on them.

The lack of branding is just further reinforced by the lack of identity. The AirPods Max would look practically unrecognizable in a sea of headphones (even though the AirPods are a design icon themselves), and if that wasn’t embarrassing enough, take a look at this concept from a couple of years back that arguably does a MUCH better job of looking like a great Apple audio device. It has synergy, by using the same weave pattern on the HomePod and even the same holographic abstract color-blob associated with Siri. The AirPods Max, much to my chagrin, looks like something you’d find in the ‘Free Models’ section at CGTrader. However, I’d be remiss if I didn’t show appreciation for the Apple Watch-inspired rotating crown on the top of the right-earcup, and the way Apple weaved L and R into their loose-woven earcups. 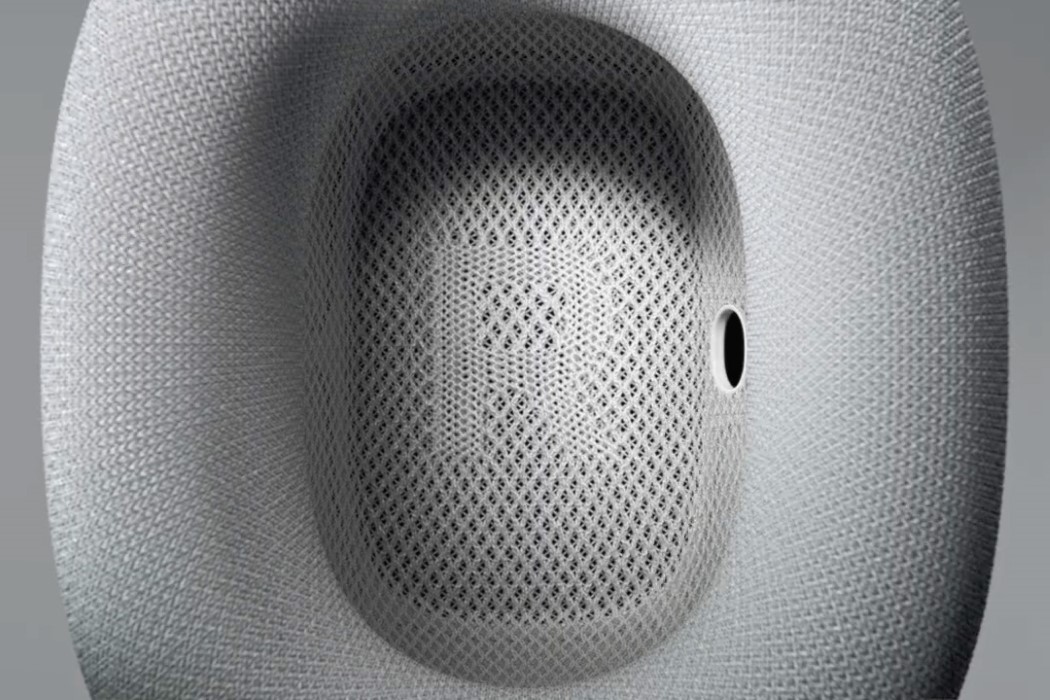 Too Little, Too Late, Too Expensive

I honestly can’t think of a good enough excuse for why Apple waited this long to release their wireless smart headphones. They launched the AirPods in 2016, waited a whole 3 years before launching the AirPods Pro, and then decided now was a good time to drop the headphones, when a majority of Apple users already own the wireless AirPods. Those 4 years were enough to see a wide variety of companies like Sony, Bose, and Microsoft launch their OWN smart headphones… a blunder that Apple made with the HomePod too, releasing the device years after the Amazon Echo and Google Home. That would’ve been tragic enough if Apple hadn’t also made the massive error of pricing these at a whopping $549… that’s double the price of the Microsoft Surface Headphones (2nd Gen) and it’s as much as the price of the iPhone 11 today. It seems like Apple is doomed to repeat the same mistakes it made with the HomePod, even though I’m sure the AirPods Max are a pretty impressive pair of headphones when push comes to shove (I’ll wait for the reviews to come in). Now let’s hope Apple doesn’t surprise us with any more launches this year. 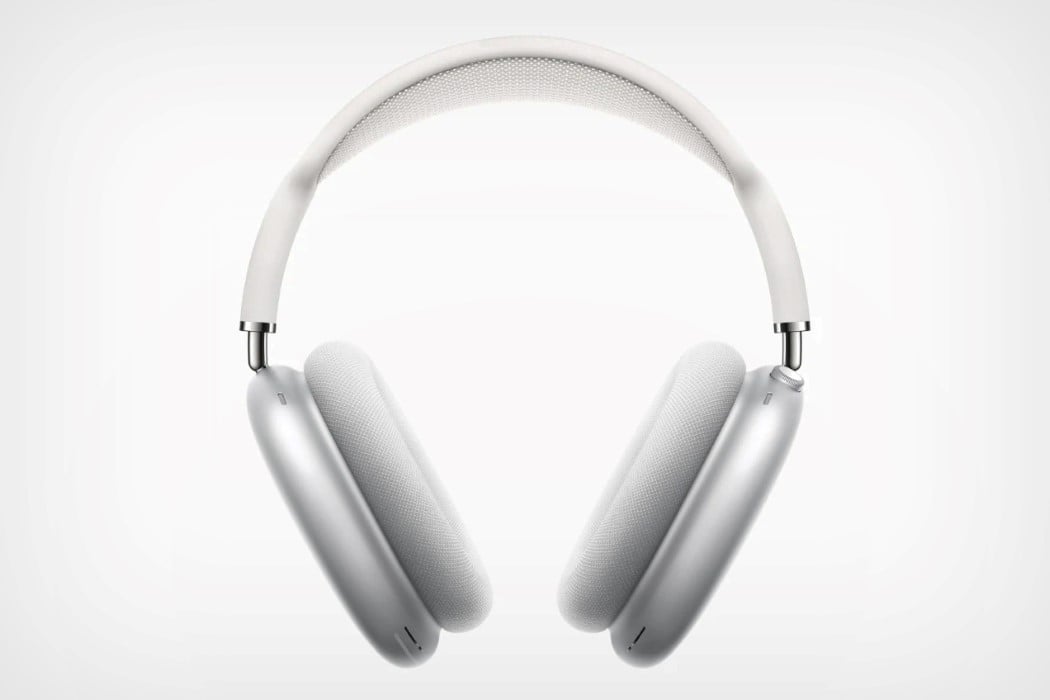 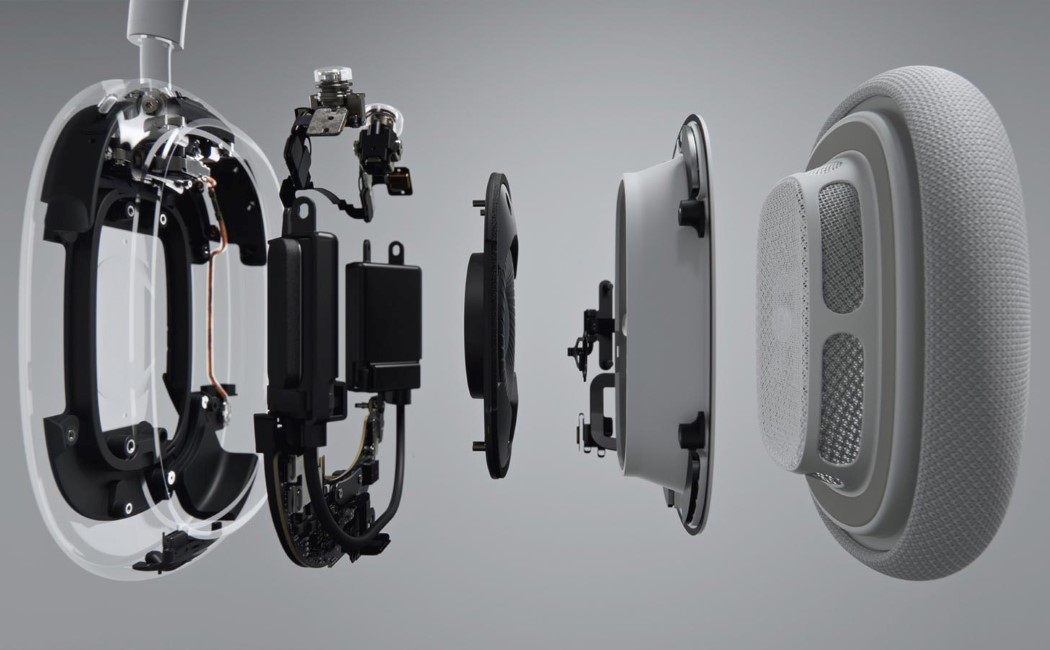 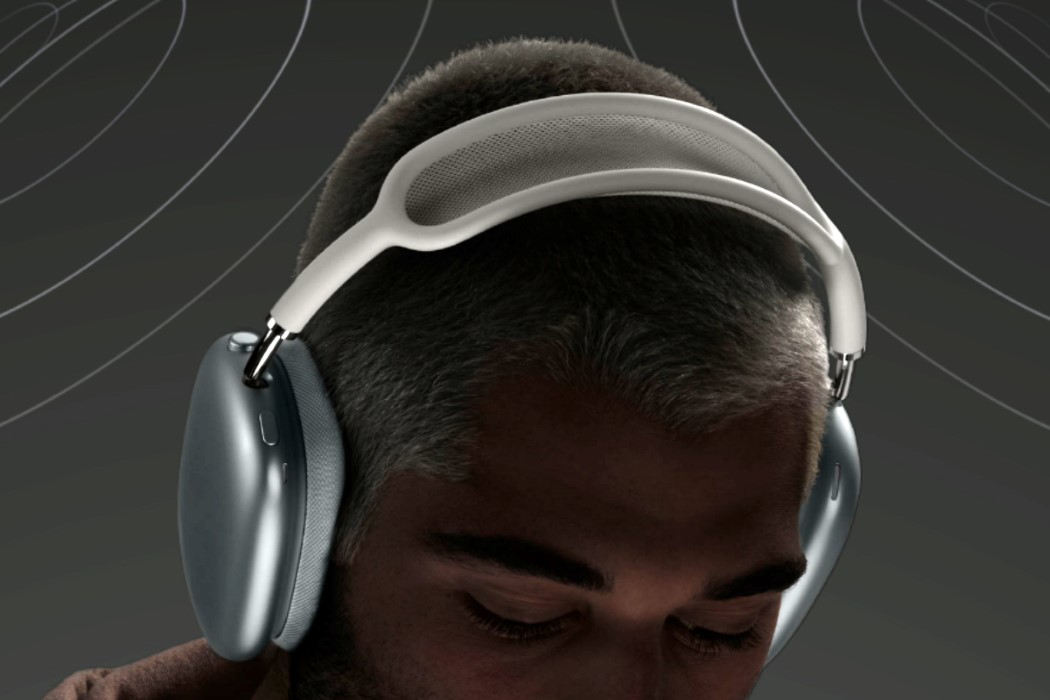 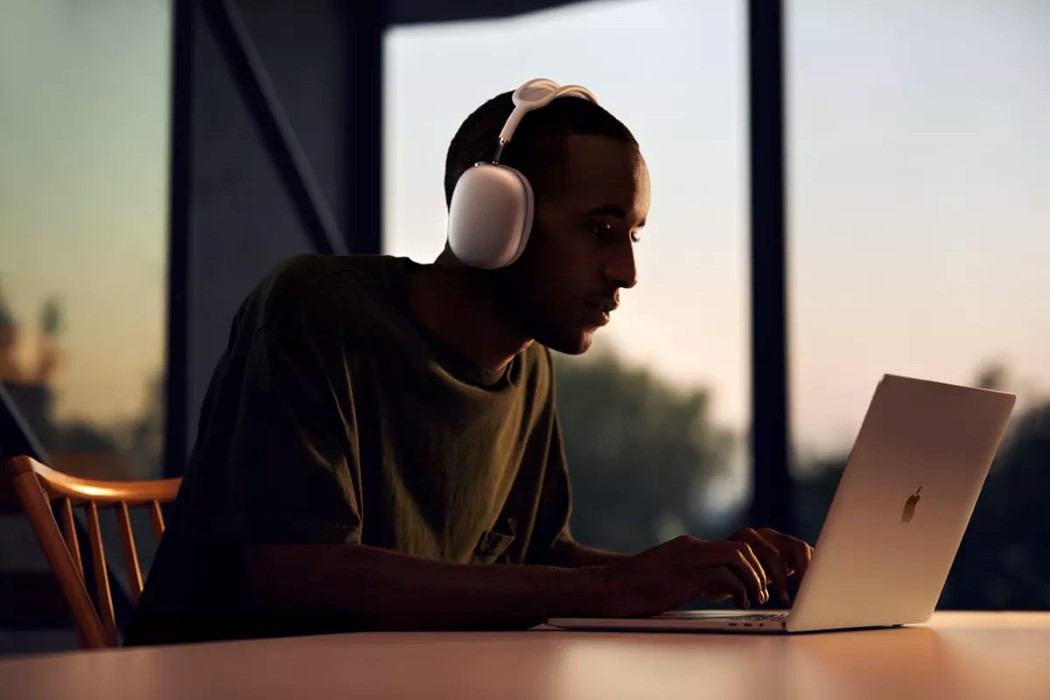 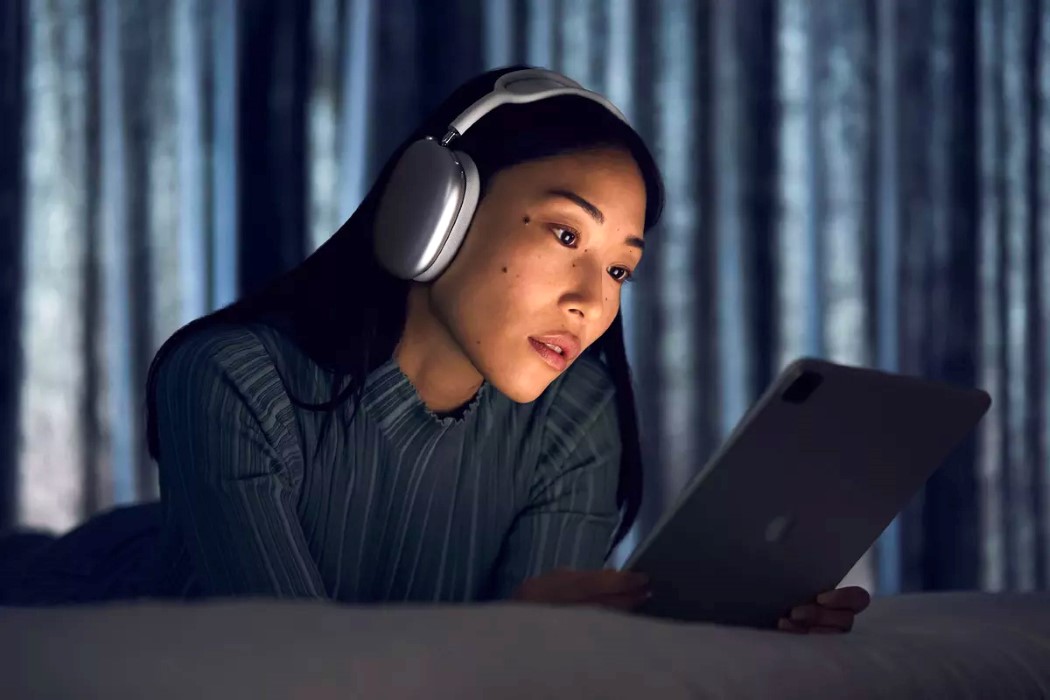 A whopping 80 curved steel rods spring out of the Dome stool’s base to create an intricate yet functional “cushion.” In a strikingly polar blend…

Just unveiled, the Xbox Series X packs the most powerful console yet within its monolithic aesthetic!

The latest Xbox is out, and it’s said to be the fastest and most powerful console ever built by Microsoft! Yesterday at The Game Awards…

Chaos theory rules as I try and come to grips with the traditional connotations of the After Image Floor Lamp. Modelled on the mesmerizing ember…