The beauty of watch-design is that it’s no different from artistry even though it’s also heavily driven by precise engineering. Somehow, it simultaneously stands on the two ends of the spectrum that is art-vs-science, which is what makes watches cater marvelously to its two broad audiences – People who love watches for their intricately precise engineering (function), and people who love them for their elaborate and alluring aesthetic (form)… However, there’s one thing that unites these two categories of people. They both love how wearing a watch makes them feel (emotion).

Code41’s Edition 2 watch was designed around that very emotional appeal of a well-designed, well-engineered watch… however, the story behind how it approached its final design is an interesting one. Mechanical watches have, for the most part, focused largely on the male audience, with very little representation given to female horologists (watch-lovers). Titled the Day41, the watch’s final design was informed directly by the participation of thousands of women in the design process. Curiously enough, women tend to gravitate towards raw, machined, mechanical designs too, resulting in a watch that, coincidentally enough, was unisex but with the intent of being unisex. “In attempting to create a beautiful women’s watch, in the end, we’ve quite simply made a beautiful watch, regardless of gender”, says Claudio D’Amore, Founder and CEO of Code41.

Designed in two sizes (37mm and 40mm), the Day41 watches sport an edgy, dynamic, almost skeletal design that looks equally great on the wrists of men and women. The watch casing comes made from stainless steel, with anti-reflective coated sapphire glass on both the front as well as the exhibition back, and an impressive water-resistance of 10ATM. A Swiss mechanical STP6-15 movement (with a power reserve of 44 hours) sits on the inside, visible through the front, right under the Luminova-coated hands, as well as through the transparent exhibition back that lets you view the movement in its full glory. 5 color variants are available for the 37mm model, included one set with diamonds, and 3 variants for the 40mm. The remarkable color variants of the Day41 are also supported by its wide offering of straps, available in not just leather and steel, but a host of unconventionally eco-friendly materials too, including recycled leather, flax, and even one made from paper!

A major part of the Day41 watch’s design was informed by Code41’s own ethical approach to production. The watch falls under the company’s TTO (Total Transparency on Origin) label which means consumers get to see where each component is being sourced from, and also at what cost. “We clearly explain the production costs and mark-ups required for the project to be profitable, so that we can concentrate on what we’re really passionate about: creating high-quality mechanical watches”, says D’Amore. This approach means the watch’s official price isn’t a number engineered by the marketing team, but is rather a very realistic reflection of the Day41’s cost of production. Watches are built based on pre-orders, helping keep inventory costs to a minimum, along with an admirable 2-year guarantee! Preorders are up for the Day41 watch – and if you book yours now, the first 1200 units will reach their patrons before Christmas! 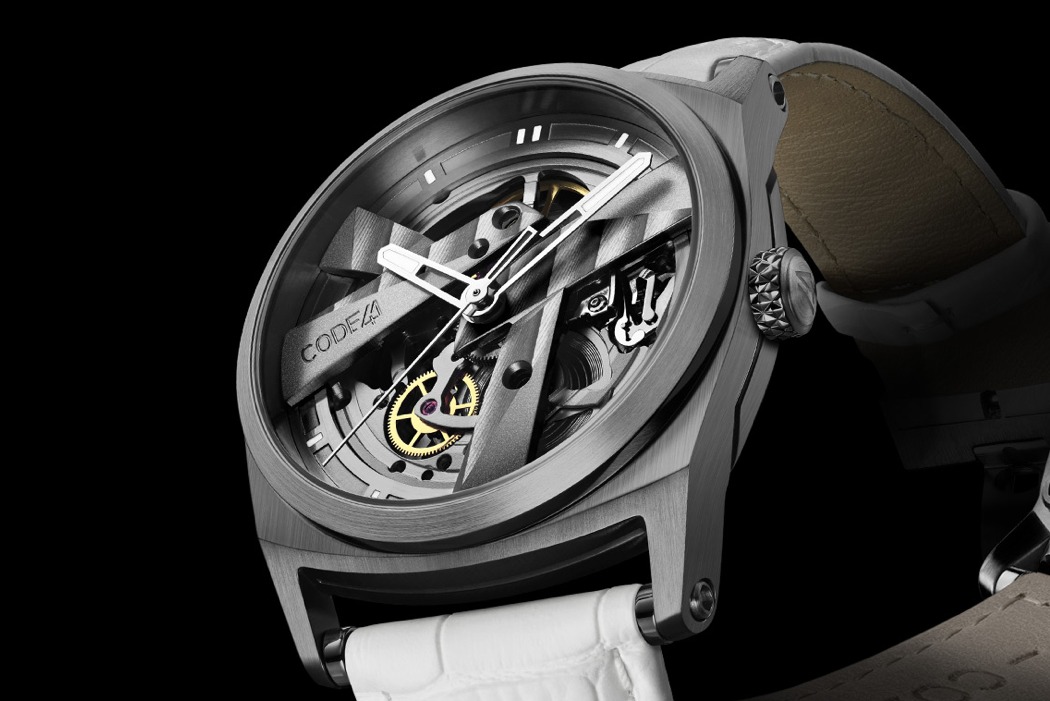 The DAY41 project is a result of the direct impetus of our female community. It became a reality following 8 months of votes and passionate debates. The result goes against the flow of traditional watchmaking: a strong, sophisticated mechanical piece with no butterflies or dragonflies in sight, which, when all’s said and done, works just as well on a woman’s wrist as it does on a man’s.

The DAY41 project shows that women too are fond of raw, machined, mechanical designs. In fact, the case is simple and elegant, while both its lugs and its chambered structure lend it a strong, specific, recognizable esthetic. The openwork dial becomes an extension of the movement, allowing the mechanical magic to shine through. 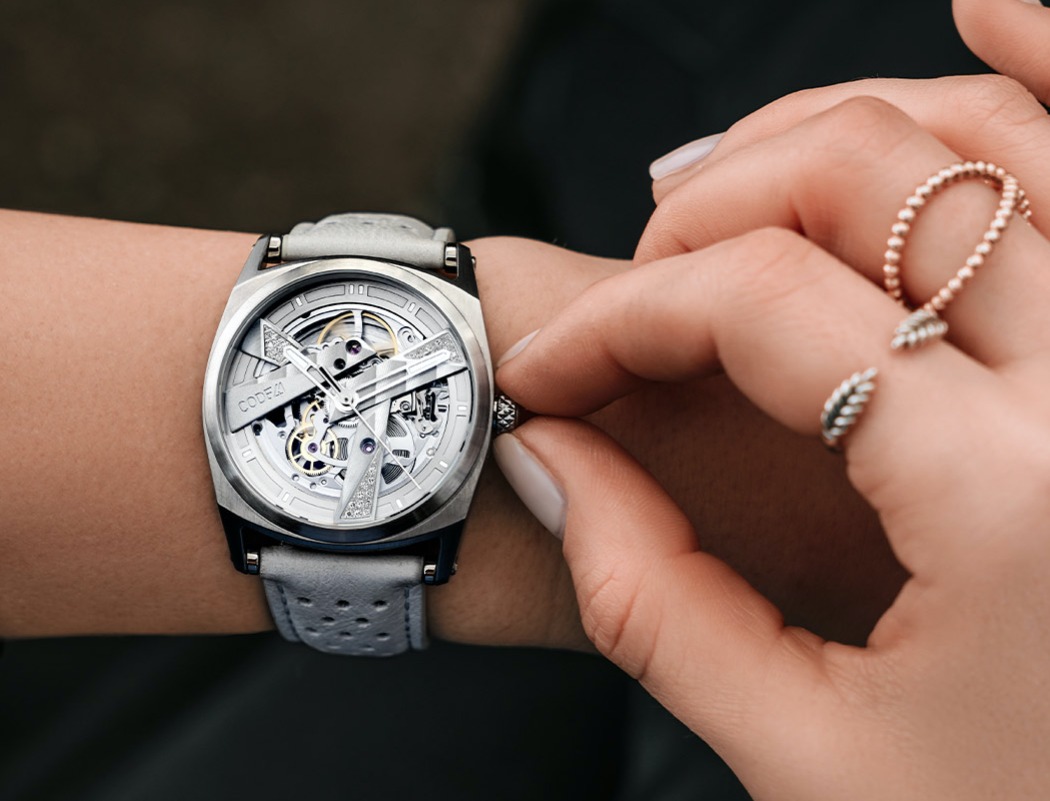 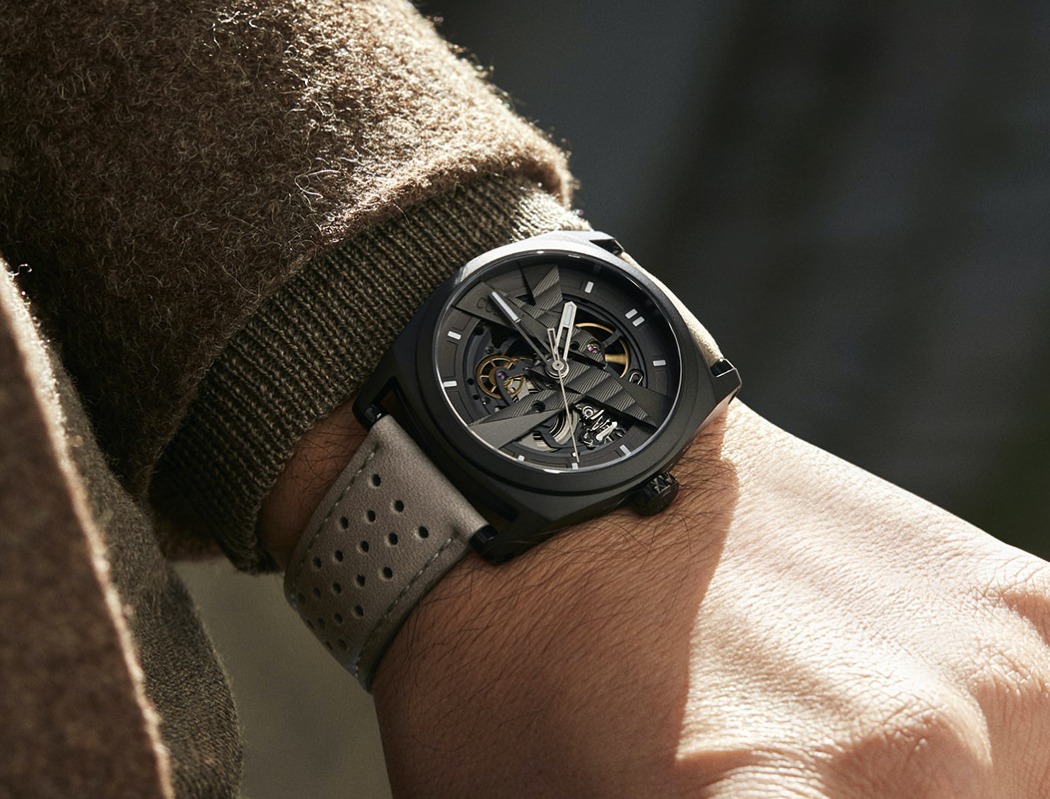 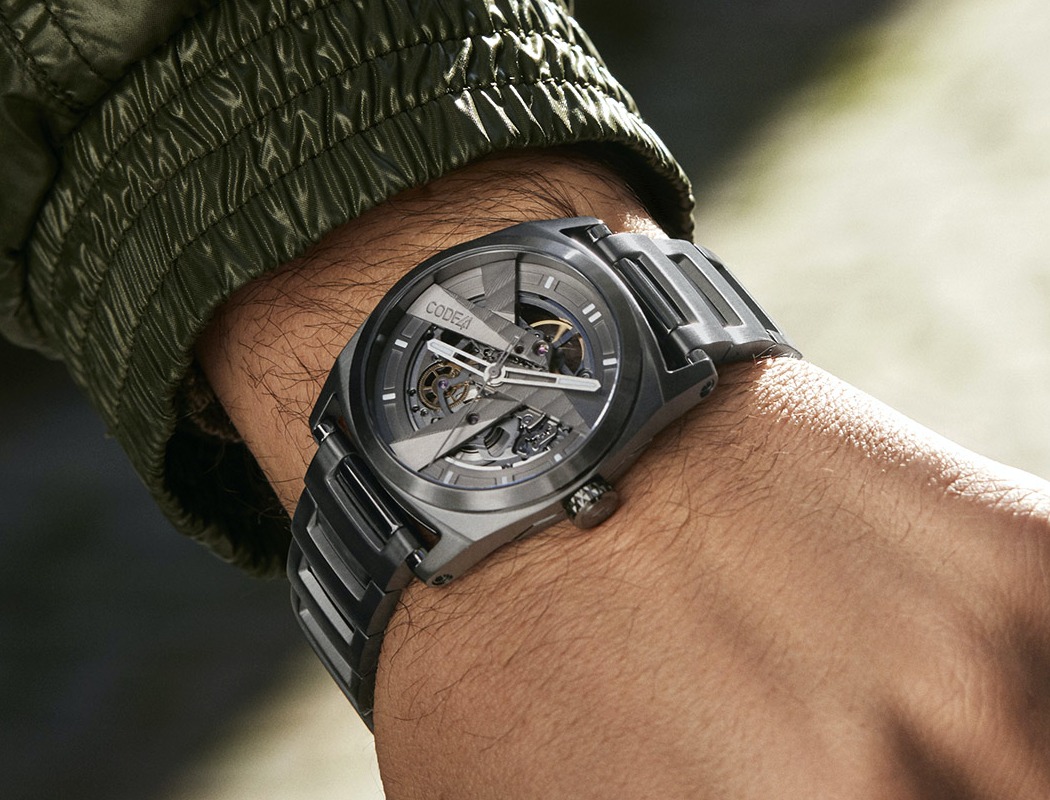 The Day41 watches are available in 37mm and 40mm cases. Choose from five color variants for the 37mm model, (including one set with diamonds), and three variants for the 40mm watch. In addition, a wide range of straps can be used with the watch.

How To Recharge a Mechanical Movement

Mechanical movements referred to as “automatic” are fitted with an oscillating weight that recharges the watch through the wearer’s wrist movements (no battery required). As it swings from left to right, the weight rewinds the mainspring, which stores the energy required for the mechanism to function correctly. 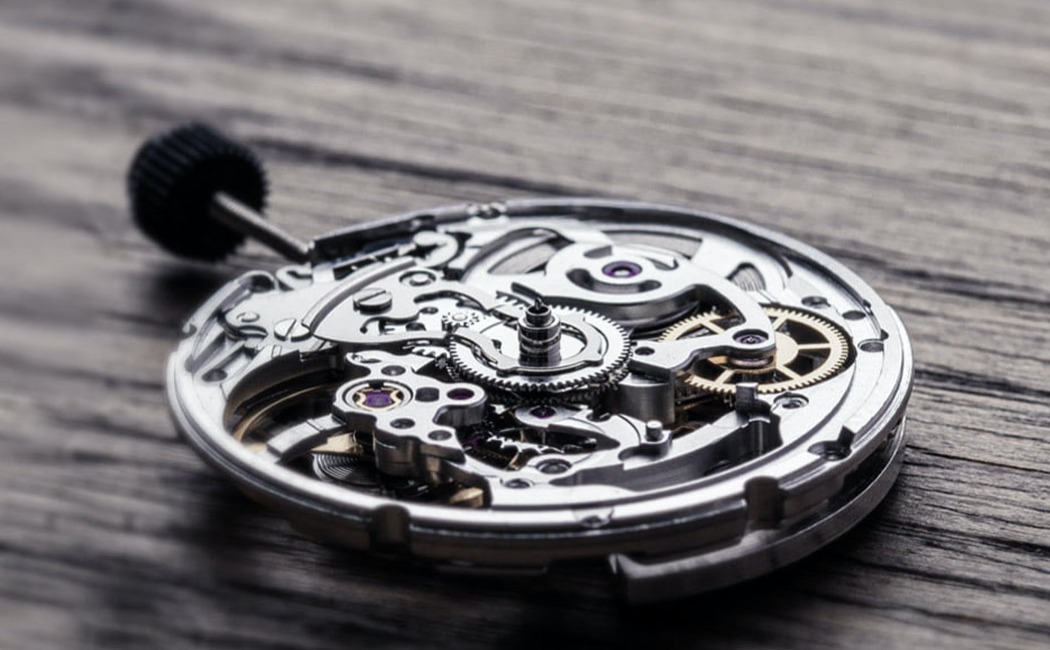 Under the dial is a Swiss mechanical STP movement and its excellent value for money. In addition, for a standard movement, its skeleton design is particularly successful. It boasts the distinctive features of an above-average power reserve, at 44 hours (usually 40 hours), being tested in 5 positions (normally 2 to 3), and precision worthy of the best movements, with a daily difference of -0/+15 seconds. 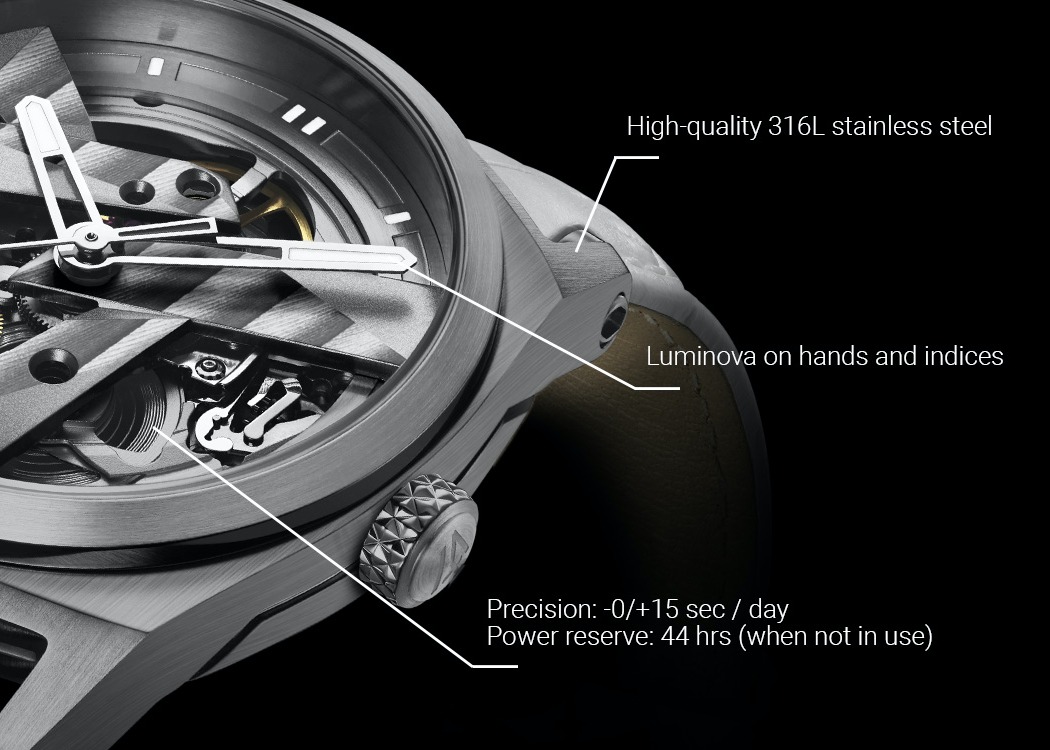 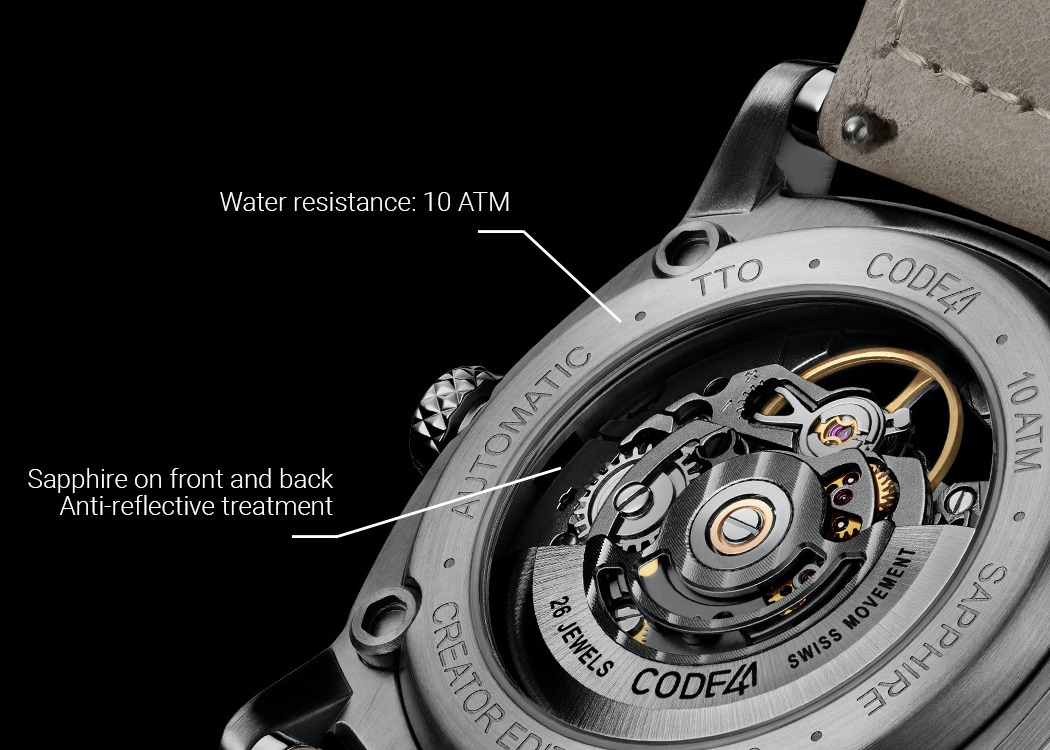 For athletes and sport enthusiasts alike, an injury can drastically hinder their ability to partake in the activity that they love, and staggeringly, they are…

The Peliclamp looks a lot like a futuristic, minimalist alien. It latches on to things of intrigue and observes it from various angles with its…

I have had so many fights with my husband and kids over wet towels. I mean, how much time does it take to go and…