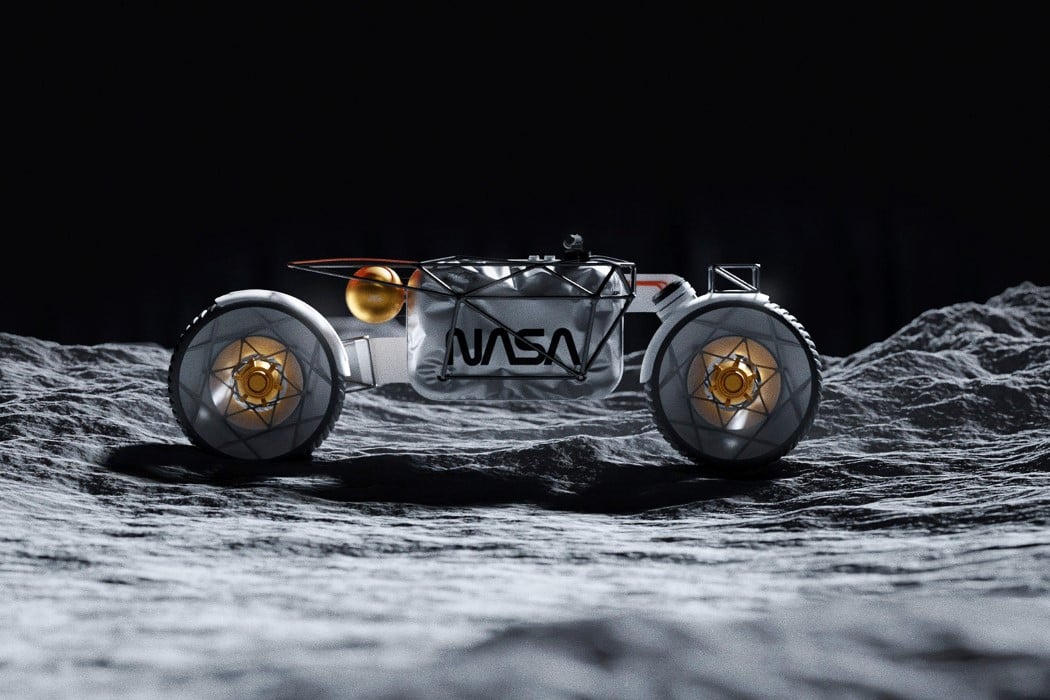 So, it does seem theoretically possible to make donuts on the moon (after all, the lunar surface is caked with dust), and even have those donuts preserved because of a lack of atmospheric activity or wind on the moon! Andrew Fabishevsky’s NASA motorcycle concept imagines what an extraplanetary café racer would look like. Designed to mimic the style of NASA’s lunar rovers, the LMV v1 comes with a similar exoskeletal design, concealing the components underneath using mylar foil.

The racer’s devoid of any headlights or taillights (you wouldn’t need them anyway), while all-terrain wheels and a pivoting suspension system allow you to drive on the undulating surface of the moon pretty comfortably. I’m not entirely sure what that golden orb underneath the seat overhang is supposed to be, but my best guess would be that it’s a detachable fuel tank that you can remove and refill whenever you’re running low. While the NASA LMV v1 is purely conceptual (no surprise there), it does certainly do a great job of showing how sexy two-wheelers can look, even if they weren’t made for our planet! Now, all we need is for Elon Musk to make a SpaceX Mars Quad-bike and we can call it a day. 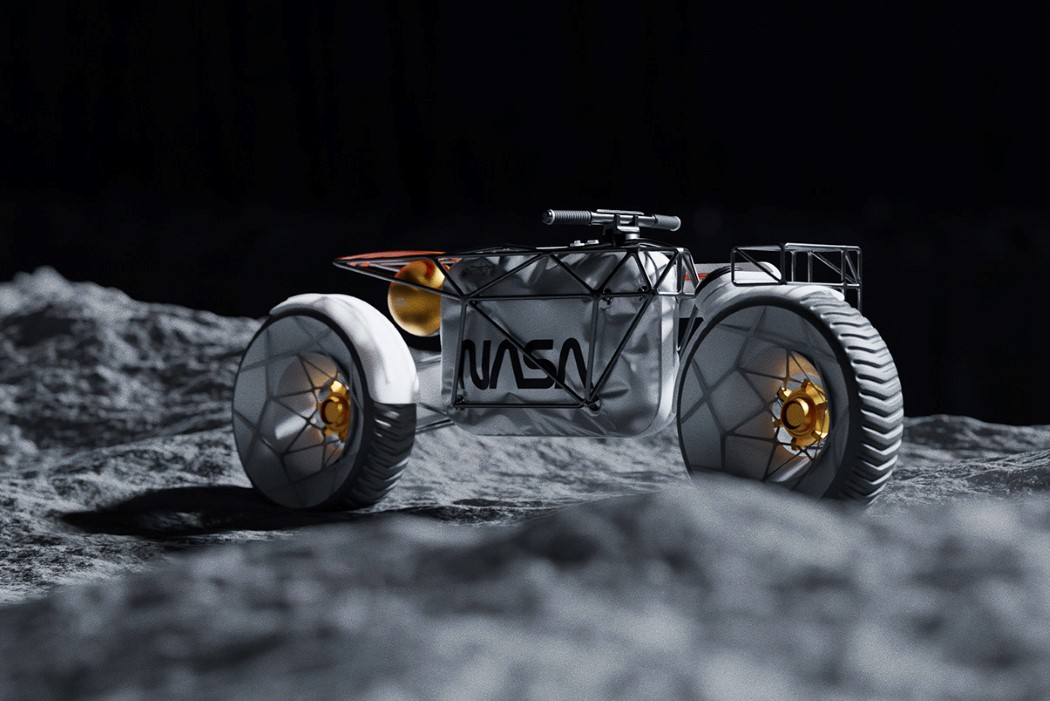 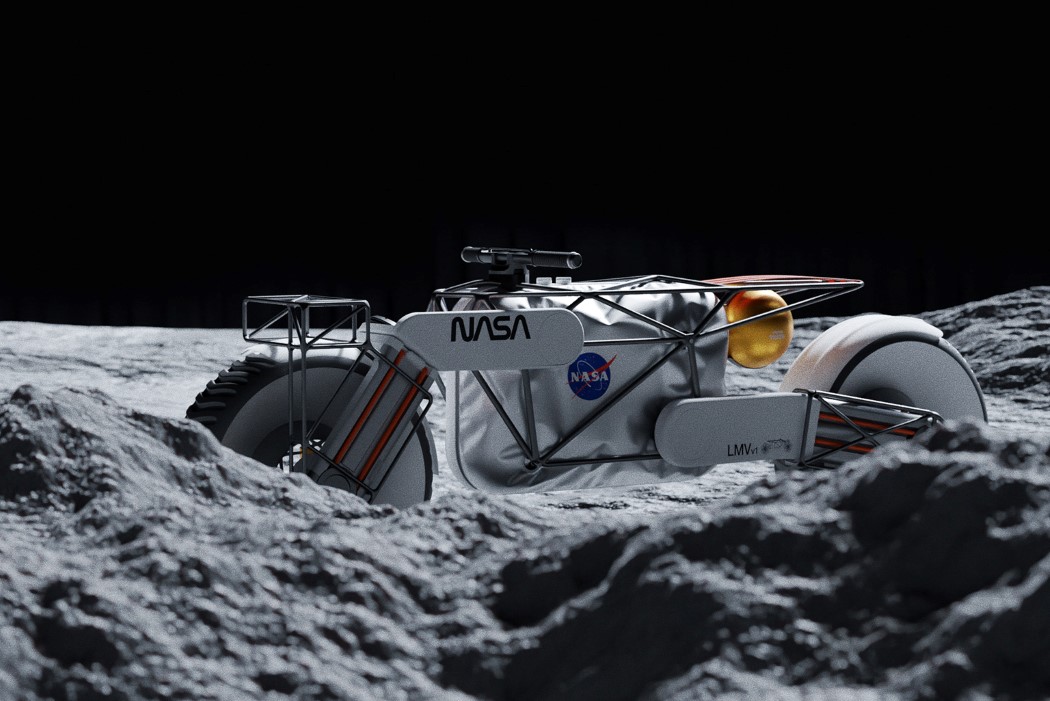 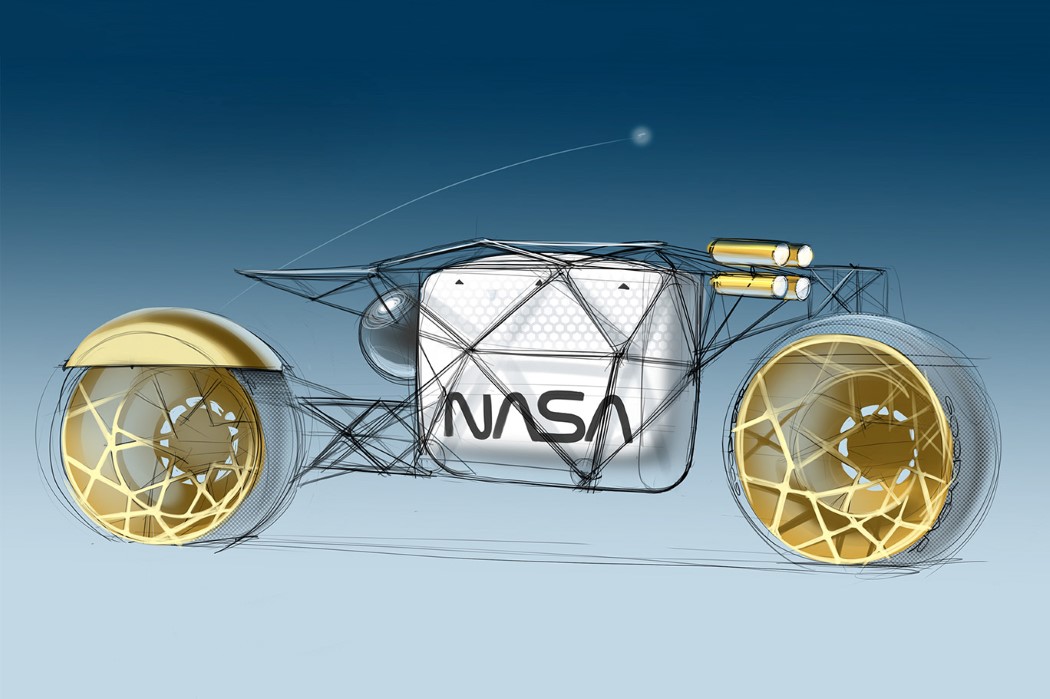 The Airship Archangel looks like something straight out of Sky Captain & the World of Tomorrow! This disaster relief/emergency response airship is designed to enhance…

Science fiction is filled with concepts of the two-in-one car. One car that magically becomes two, with separate drivers. The Aura is a fresh take…

This Volkswagen beetle wrapped in matte black is worthy of being Batman’s next ride!

Imagine vigilante Bruce Wayne arriving at a glittering party driving this hot roadster in Gotham City, with those worthy weapon upgrades hidden beneath the hood…