With virtual work in full swing thanks to COVID-19,  practically half of our workdays depend on functional audio systems. Treating patients on Zoom can get difficult when a laptop’s built-in microphone doesn’t quite catch the diagnosis. Teachers sometimes have no other choice but to raise their voices when addressing a full classroom on Zoom since everyone’s using the same quality mic and the louder you speak, the more likely you’ll be heard. Fortunately, Anthony Mattana, the designer behind Hooke Lav, a wireless, wearable microphone that transmits professional-grade sound, has a solution.

In our world, where content is money, professionals of all ages need a microphone with which we can always rely upon. Hooke Lav, from Hooke audio, is a wearable microphone that has a 24-bit-depth, records in 48kHz with low latency, and is compatible with iPhones, Androids, DSLR’s, GoPro’s, various field recorders, and Mac/PC. Through Bluetooth 5.0, this mic allows users to record anything, anywhere, but since Bluetooth isn’t always reliable, Hooke Lav has 8GB worth of internal storage so that each and every audio recording is backed up in real-time, making capturing audio seamlessly foolproof.

To get started, just slip the mic on wherever with the light facing inside and press record – simple as that, no bulky hardware necessary. The designers with Hooke Audio know that sound matters above all else. With built-in microphones, our voices are constantly challenged to compete against background noises, spotty service, and far distances, but with Hooke Lav, pro-grade audio can be recorded from any distance to any device. Since the need for microphones changes from day to day, Hooke Lav incorporates some mutable features. In solo mode, only one mic records audio and transmits it to your device. In duet mode, two microphones can capture two separate streams of audio so that every voice is heard crystal clear, which makes it the perfect microphone for podcasts, interviews, or YouTube videos.

Young content creators know which equipment works best for their channels so, in addition to Hooke Lav’s compatibility with several different operating systems, when the mic is set to receiver mode, audio is transmitted from the mic onto a smartphone or other content-creating hardware, overriding any built-in microphone in the process. This means that you can live stream from Instagram, Facebook, or YouTube without the worry of your mic picking up on any other voice but your own. Alternatively, when Hooke Lav is set to island mode, the mic works like a recorder, so any sound you record can be stored for later use.

With an app to pair with its hardware and seven hours of continuous battery life, Hooke Audio seems to have considered any potential roadblock. Thanks to its wireless capabilities, the absolute commitment to zero-bulk hardware, and its user-friendliness, Hooke Lav beats out the competition and rises to every occasion, exactly how it will record your voice. 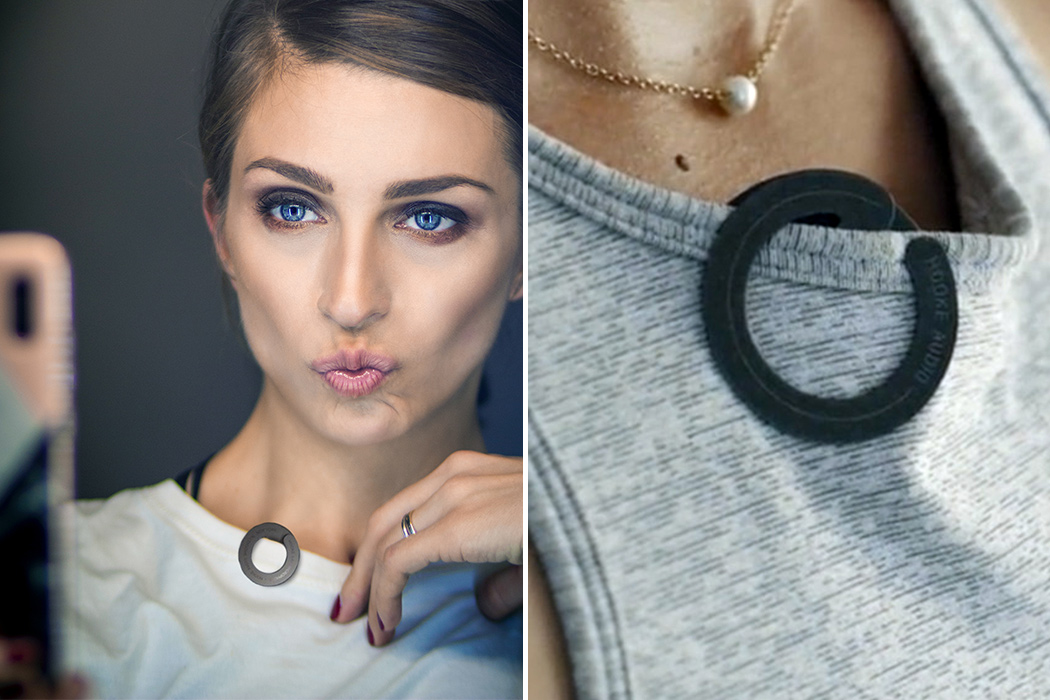 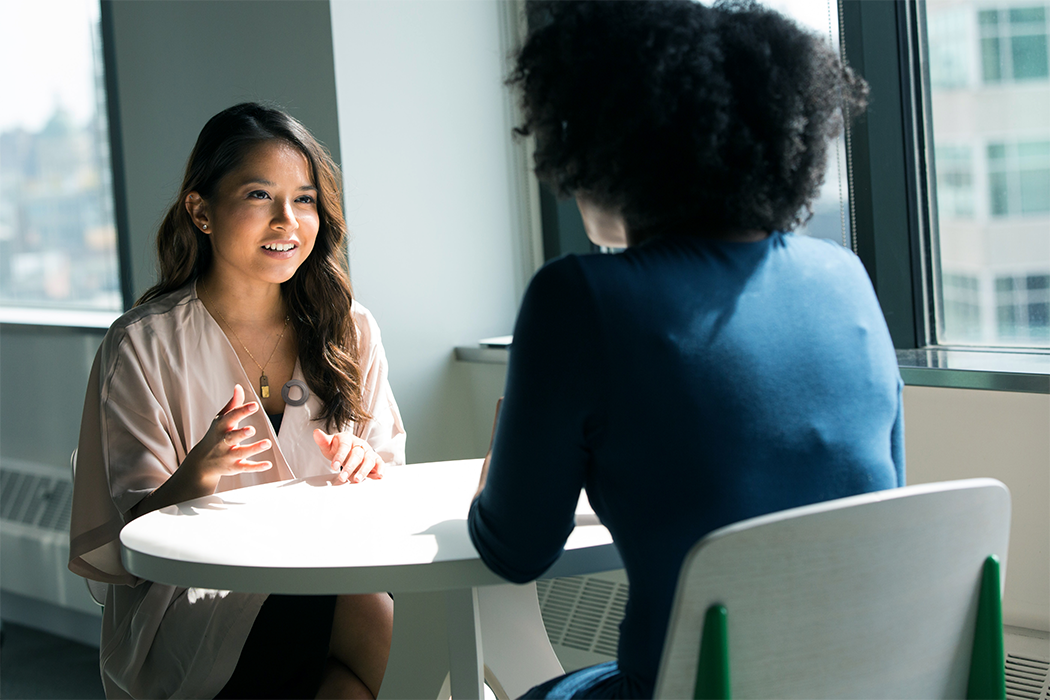 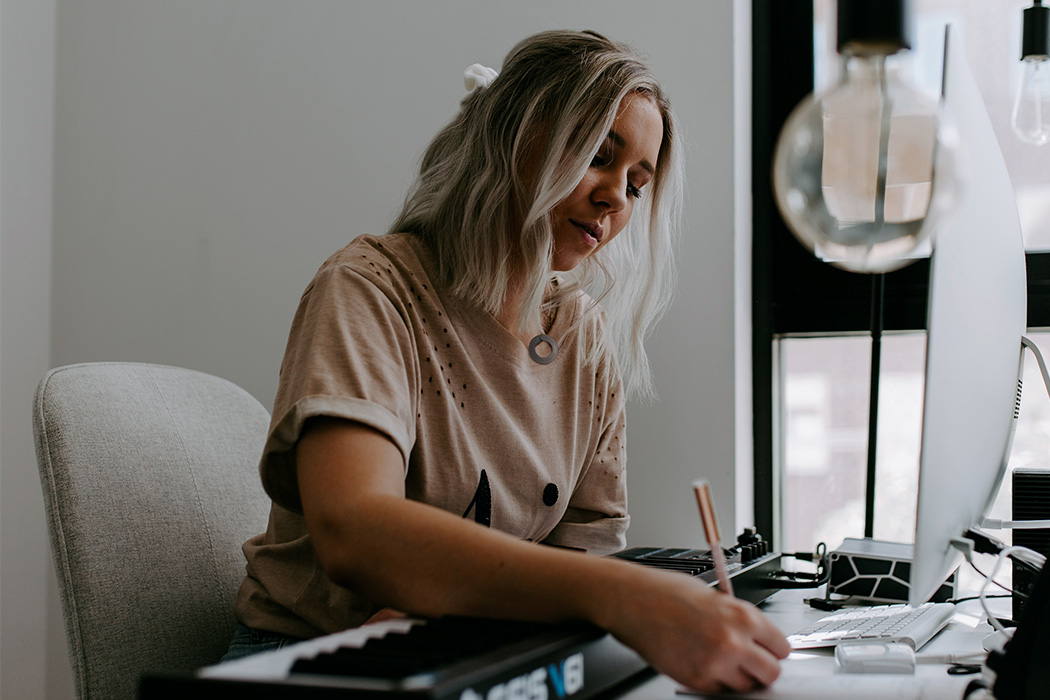 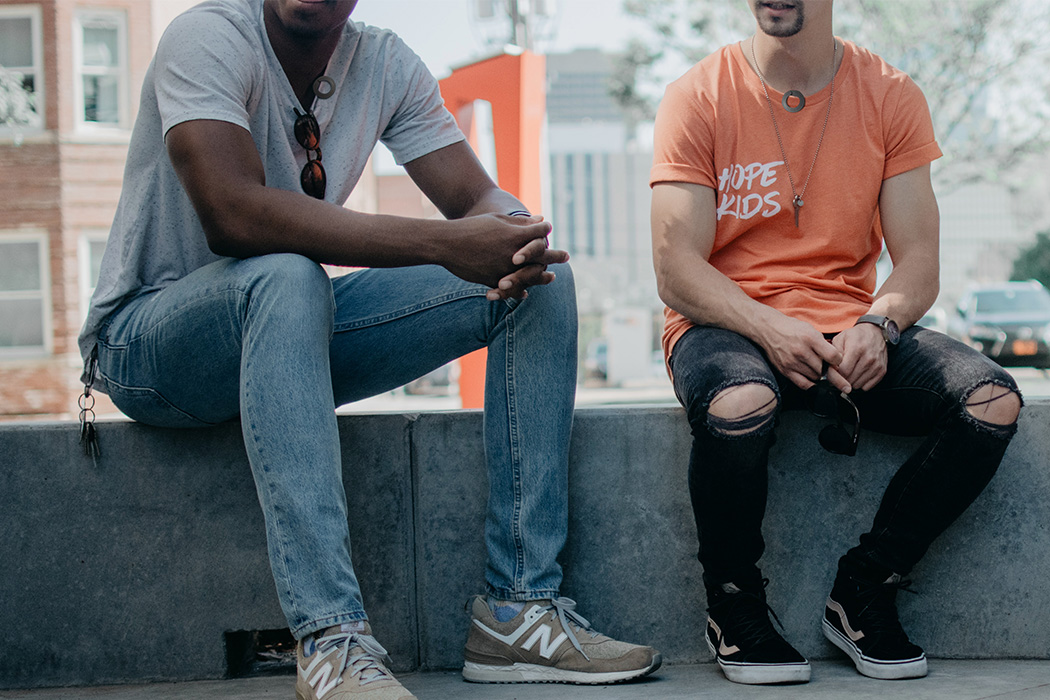 A wearable microphone with studio-quality sound that captures dropout-free audio with one click. 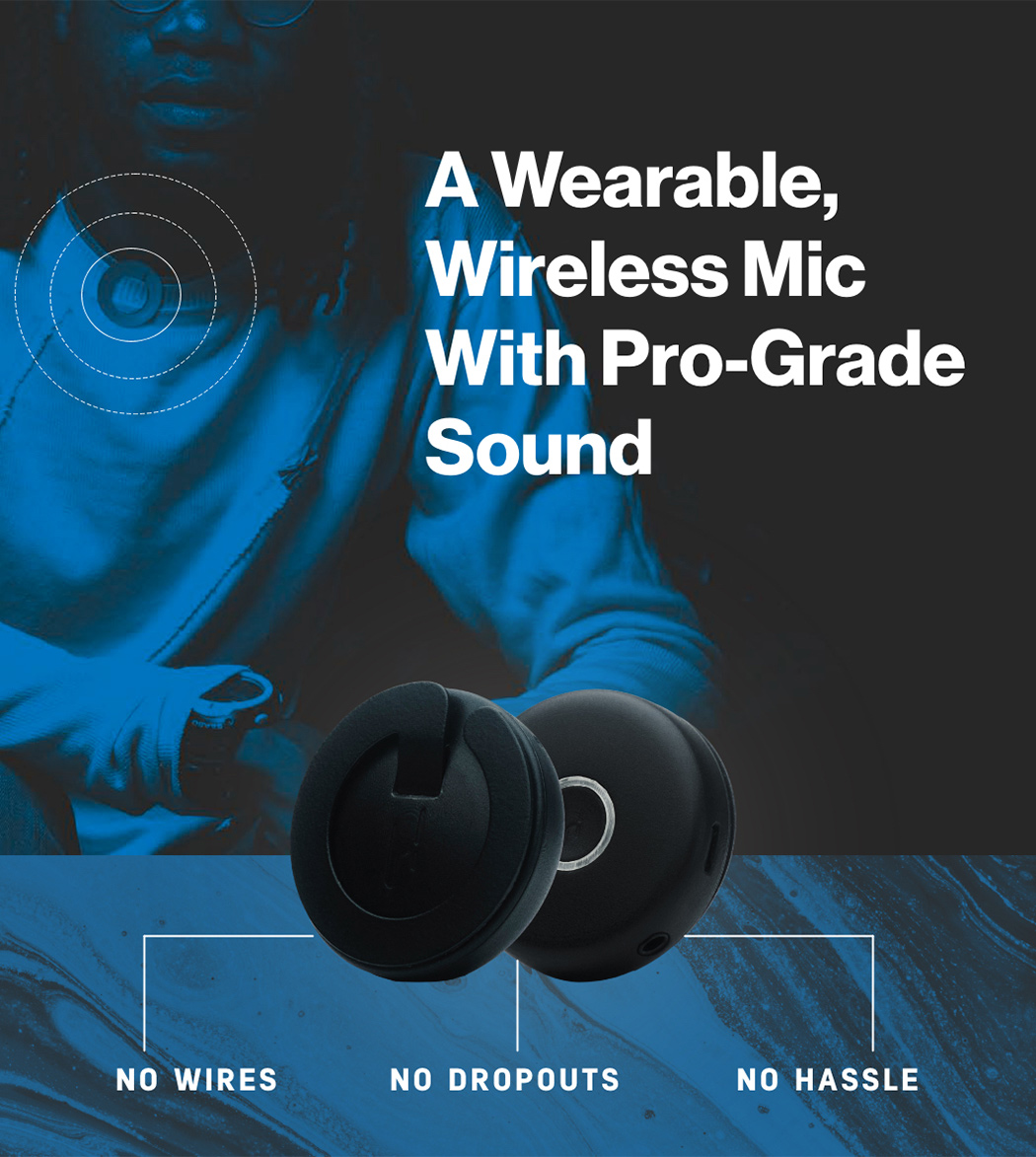 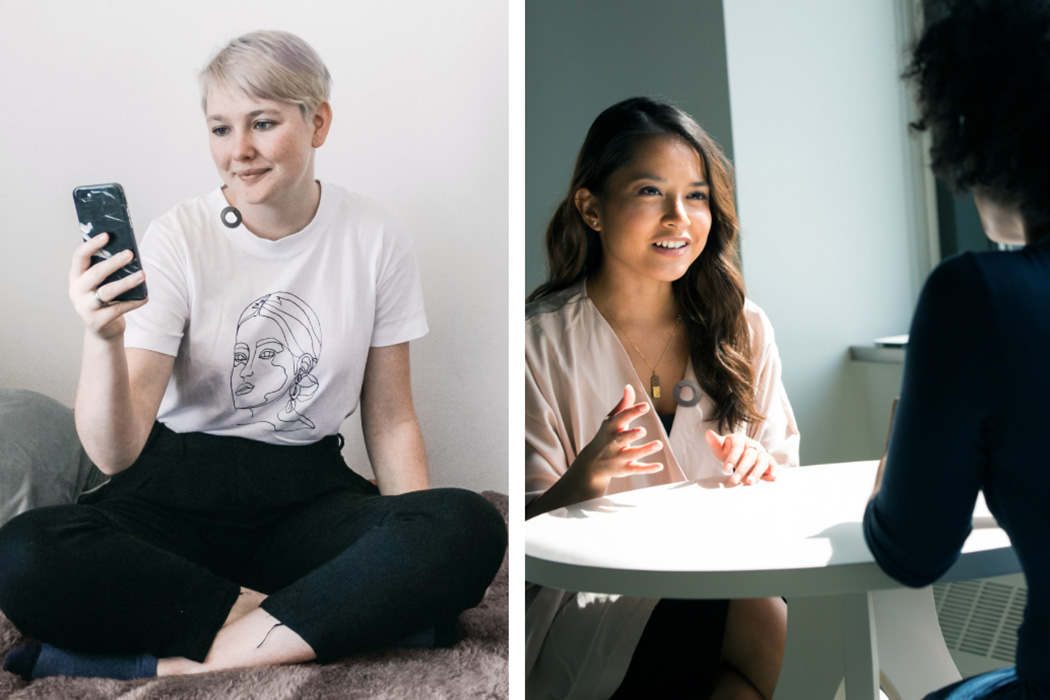 Hooke Lav is a wireless microphone that captures pro-grade sound with no wires, no dropouts, and no hassle. The Bluetooth lav has 8GB of internal storage and connects to any device with the click of a button. This slick, minimalist microphone maximizes your freedom to record with no setup necessary! 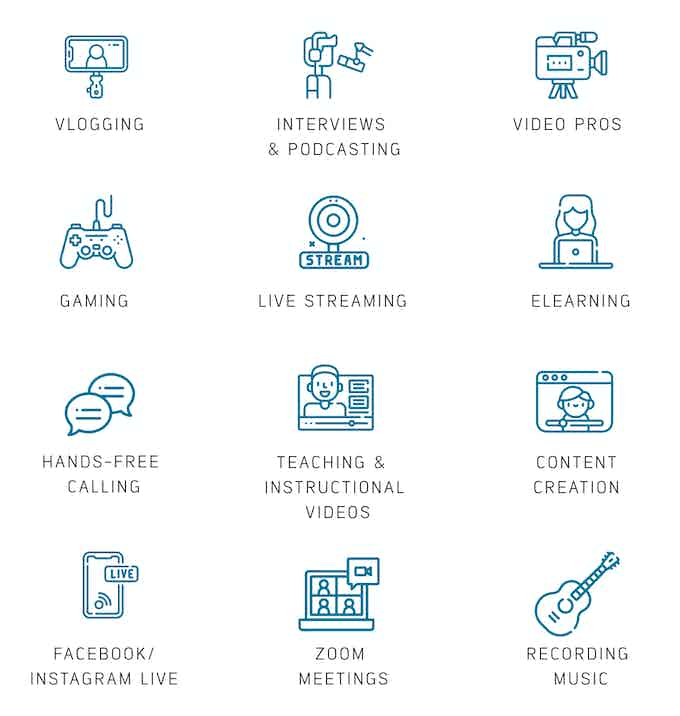 It’s the first truly wireless device to send high-quality audio over Bluetooth at low latency. The stylish, clip-on gives you professional quality audio recording in the studio, on the go, and out in the wild. It eliminates wind noise, cuts the cord and, thanks to its internal storage, picks up every second of audio even if Bluetooth cuts out. 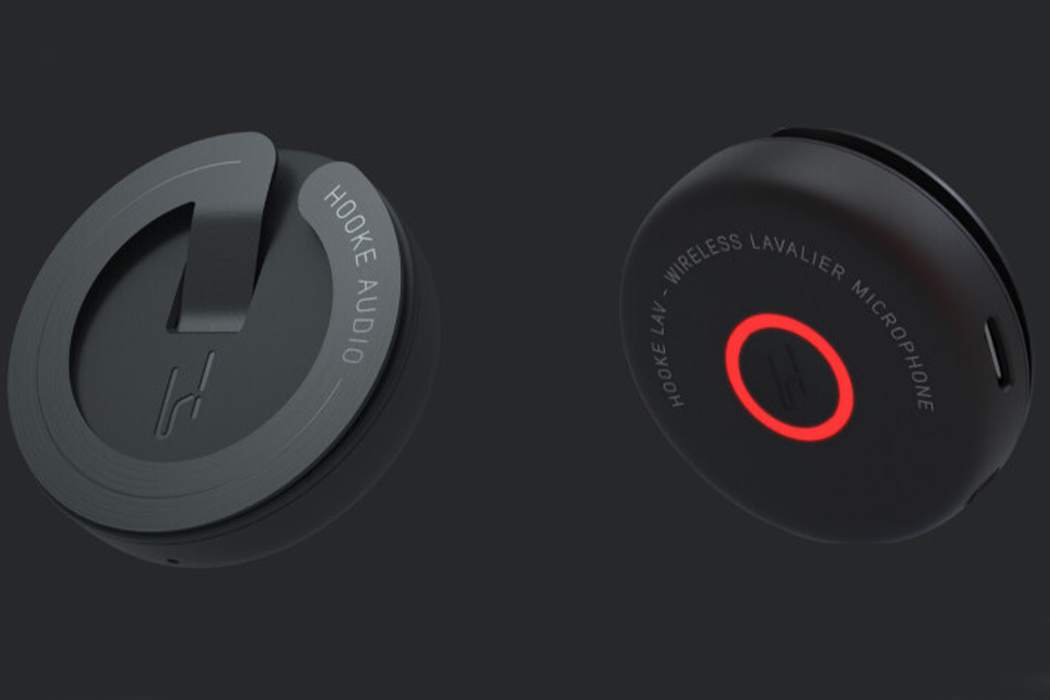 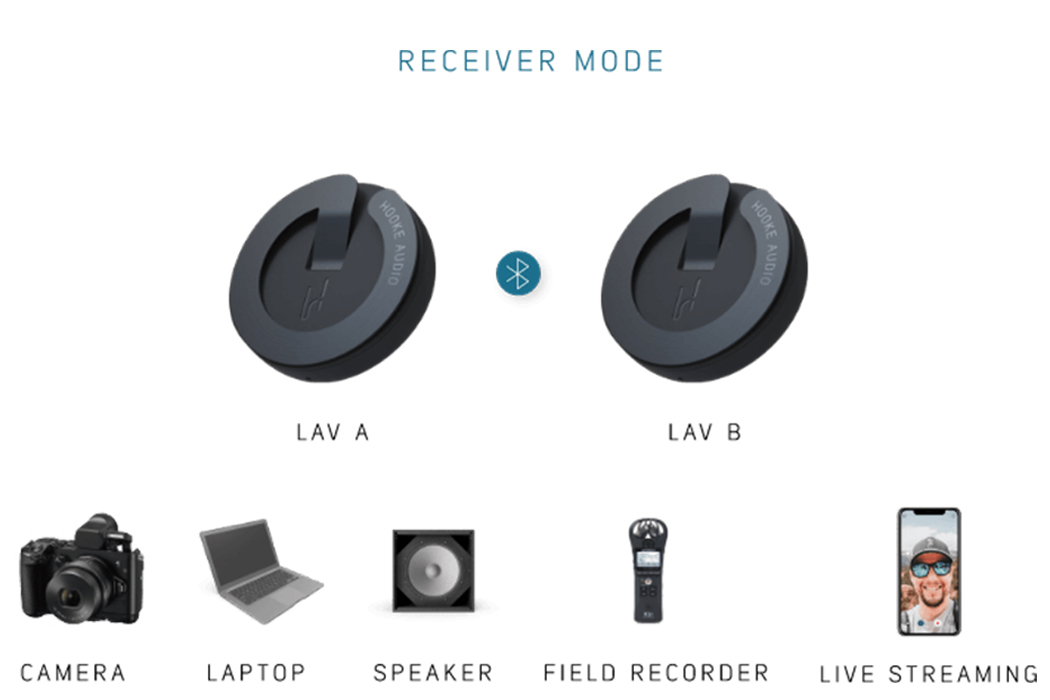 Give your phone or camera a mega upgrade 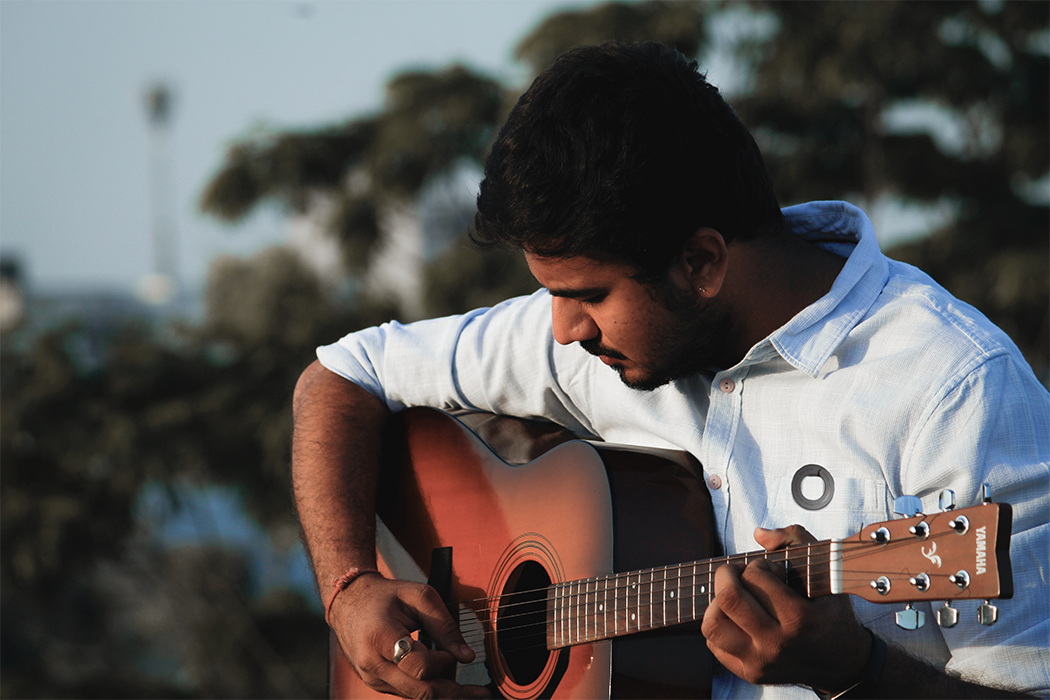 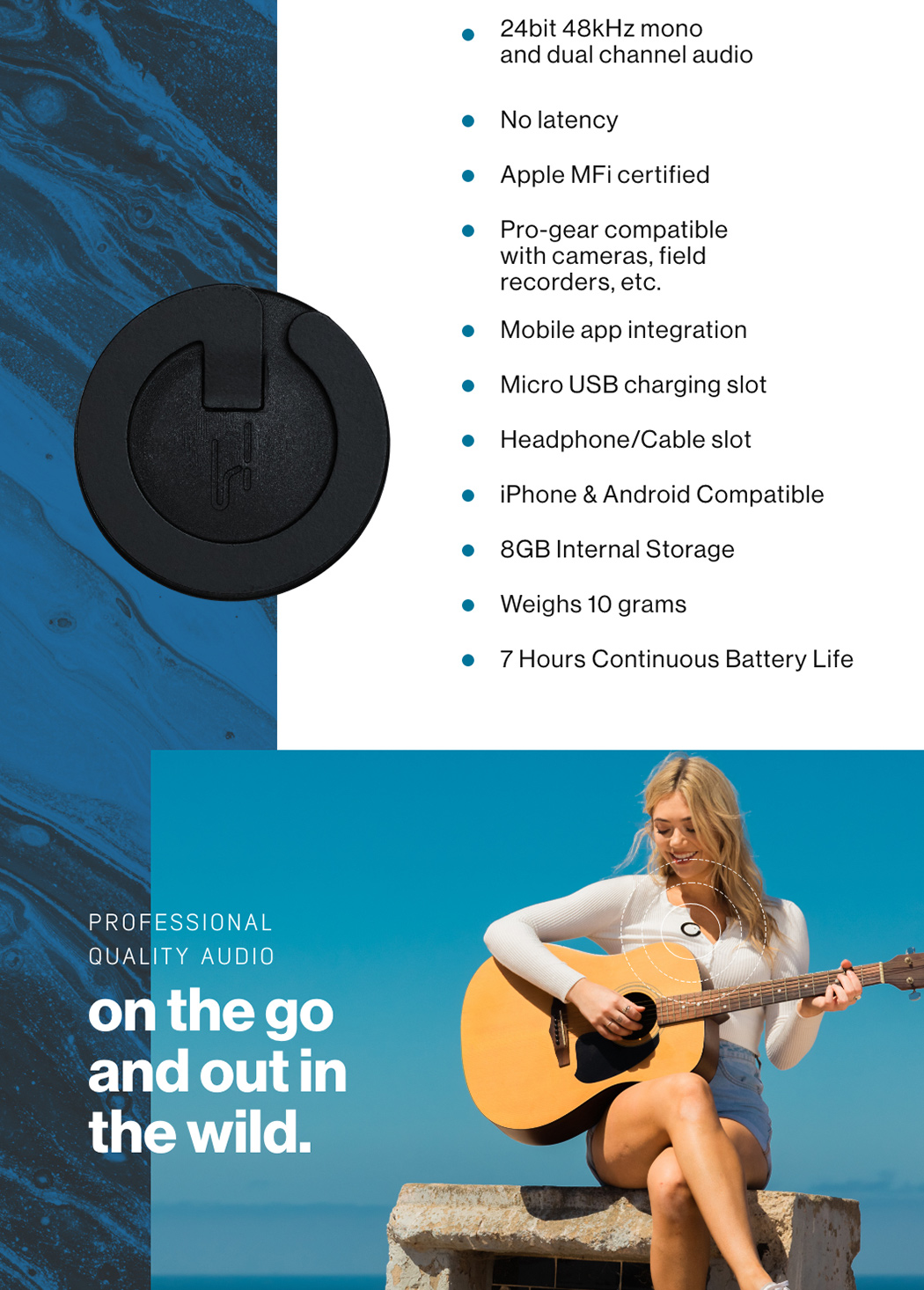 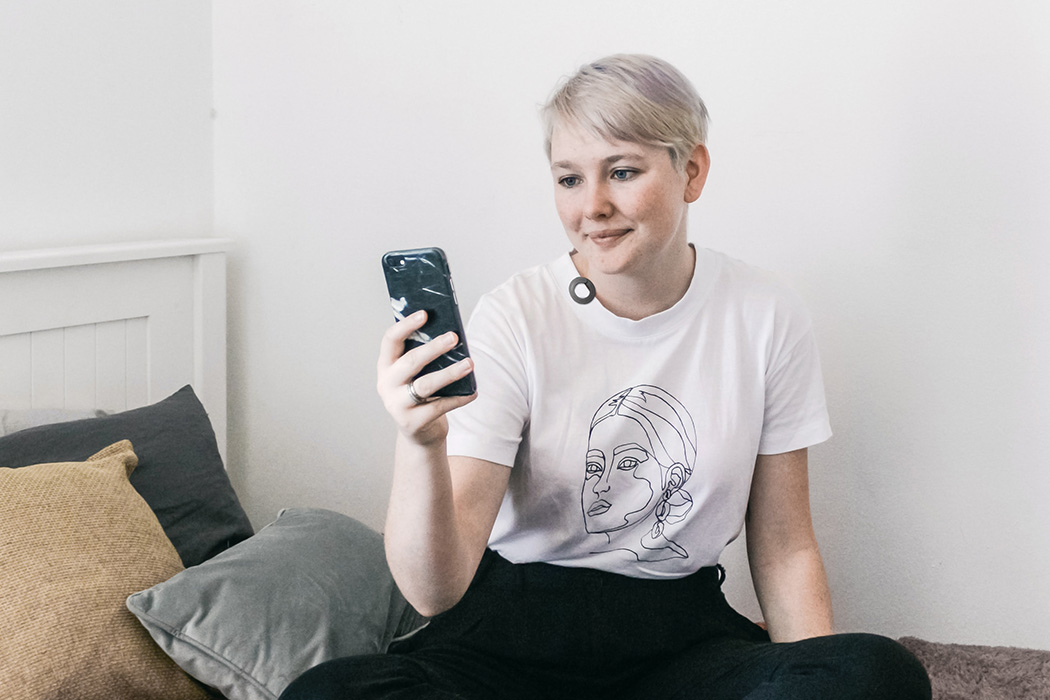 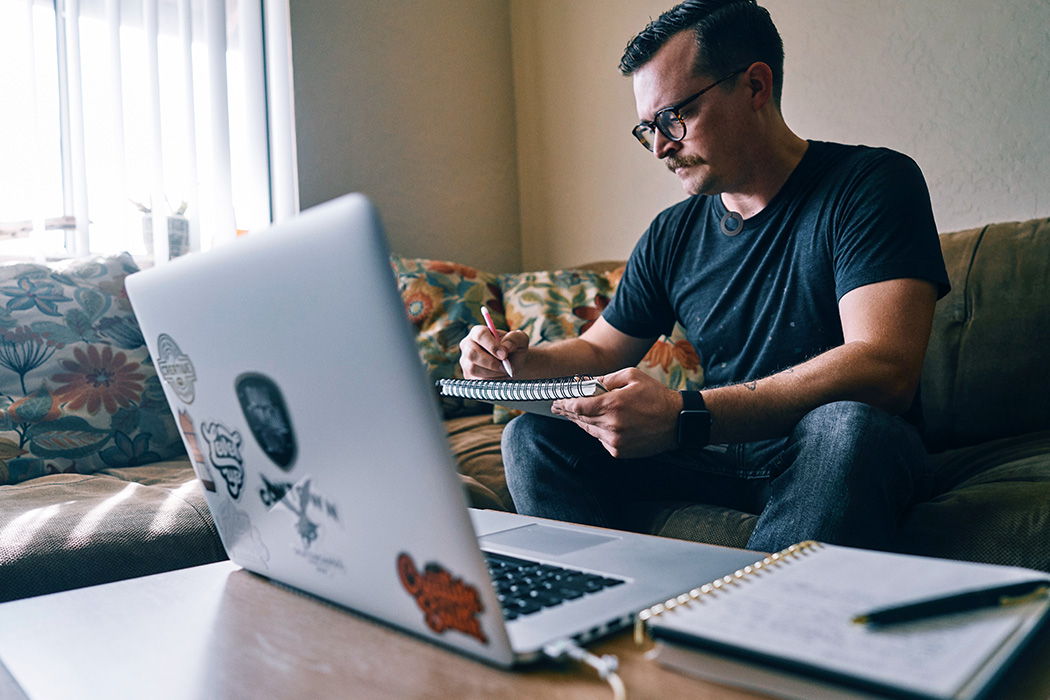 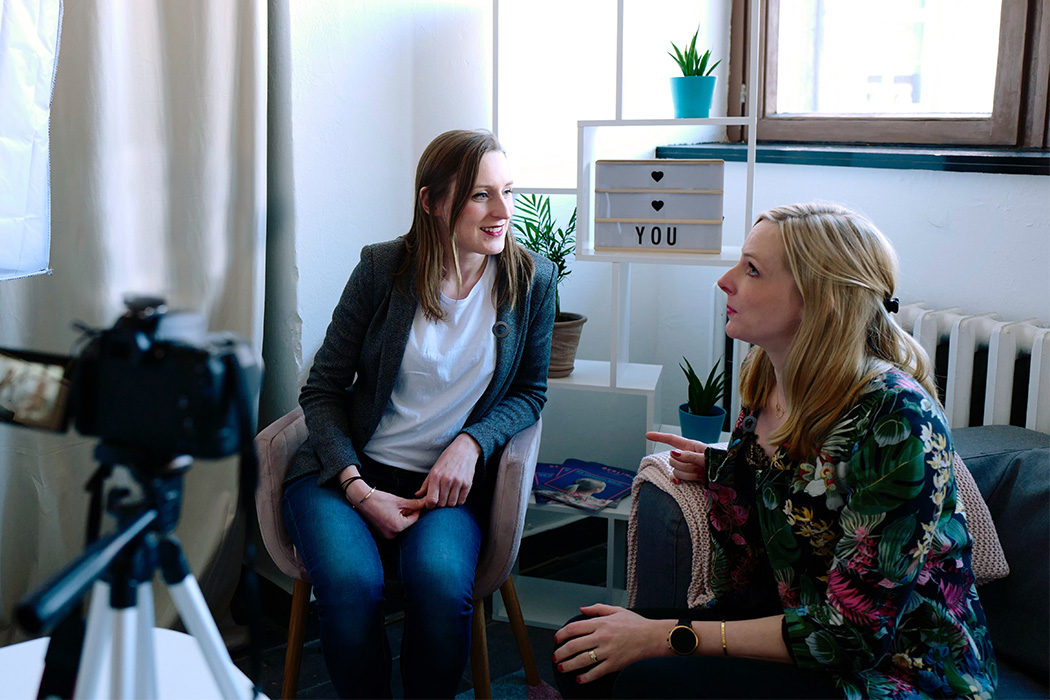 Smartphone cameras have been upgraded year after year, but their mics still don’t measure up, leaving you with subpar sound on crystal-clear videos. The same goes for mics on DSLR cameras and laptops—the quality isn’t there!

The only way to improve sound quality is upgrading to a better microphone, but that often requires sizable funds, technical know-how, and a learning curve. And on top of that, most “quality” lavalier microphones on the market have messy cords or bulky design. 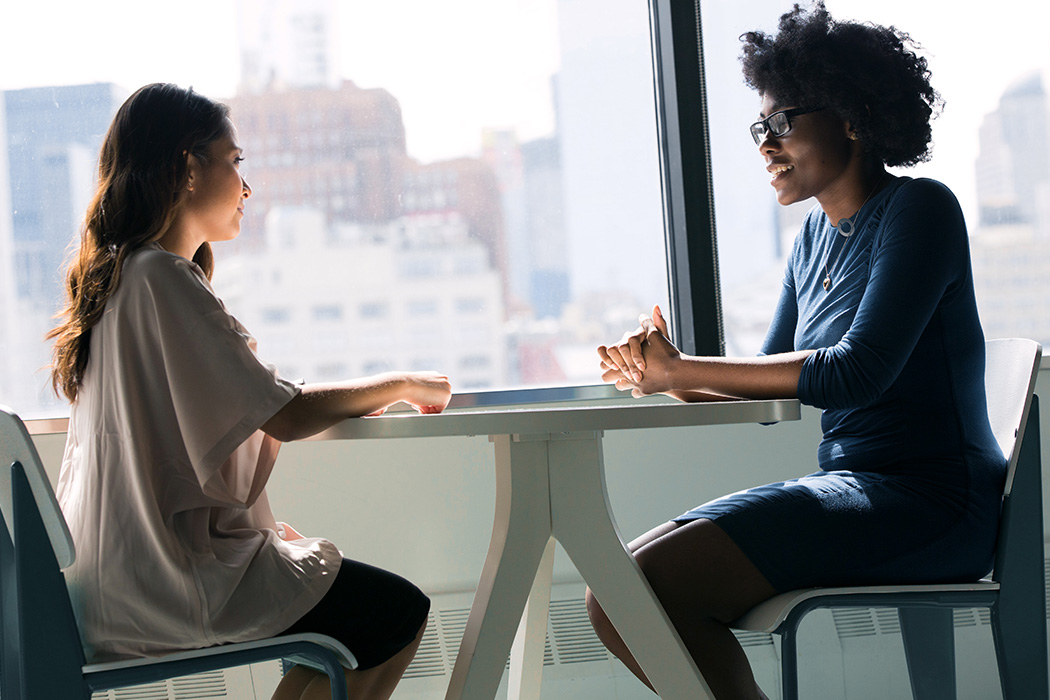 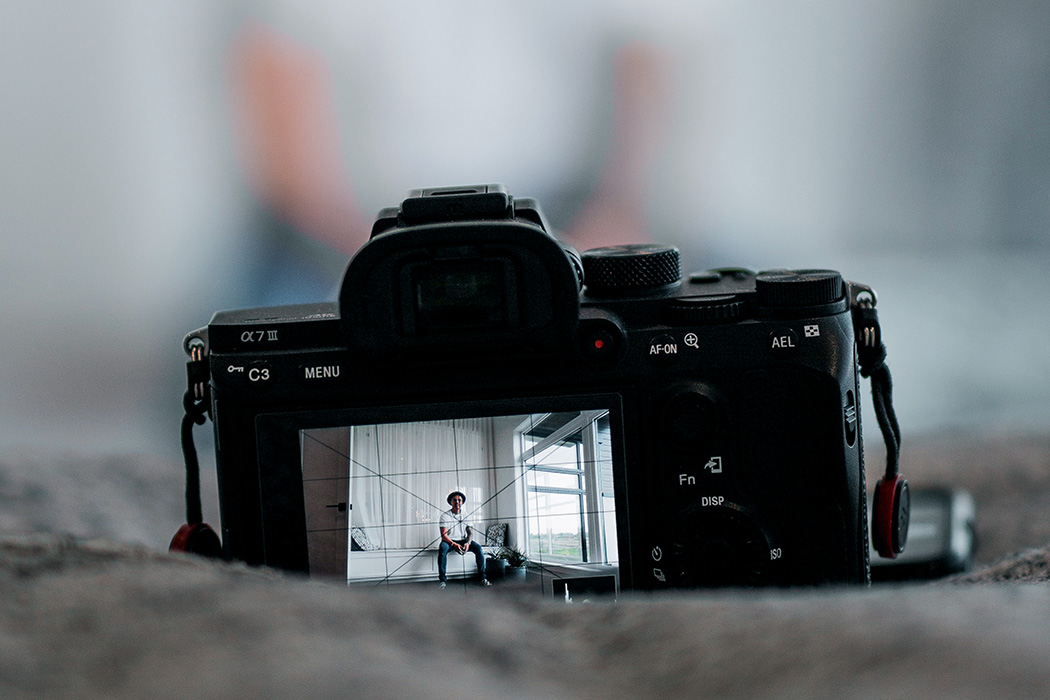 The CORE Patient Recovery Vest is aimed at those workers who come first in contact with accident victims. It is designed to aid them establish…

Pace for the Win

Competitive athletes’ success can be determined by between mere milliseconds or even a millimeter! This means they must take into account every possible factor to…

The Fuel Cover is a manhole cover that serves two essential purposes. Primarily it functions as a safety indicator, displaying the methane and noxious gas…

Nothing about the Drip says “appliance for your mundane kitchen”. This incredibly sculptural coffee machine looks more like a trophy for professional excellence than a…