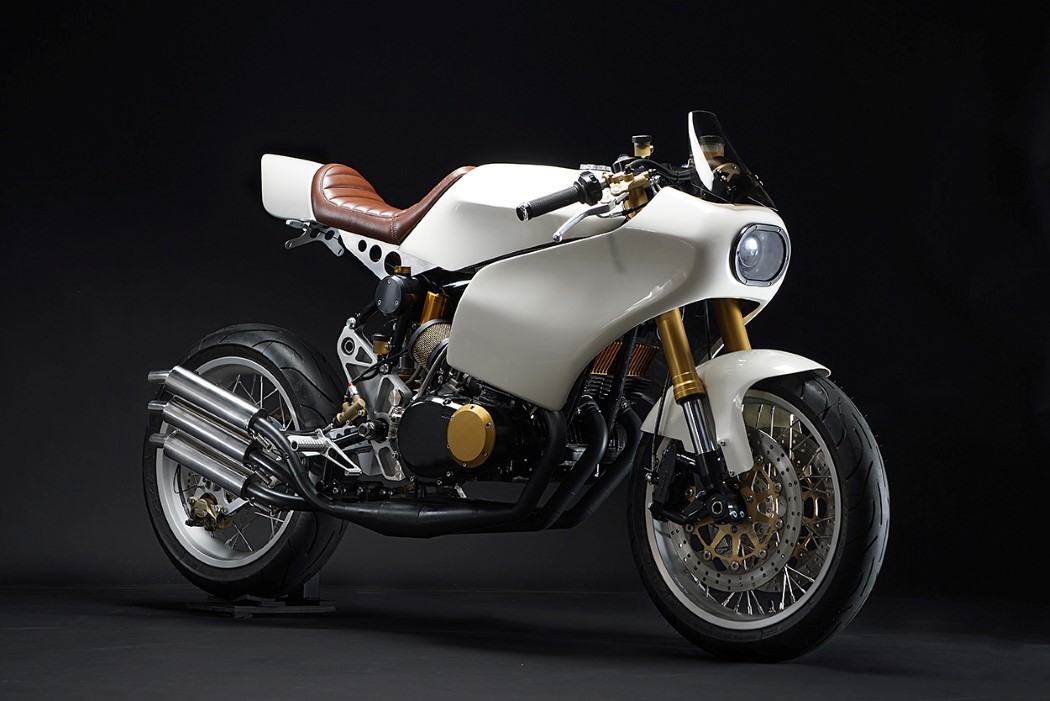 Looking at Sean Pelletier’s reinterpretation of the Suzuki GT380, it’s clear that his inspiration stems from retro stylings… although if you do tend to look at the form, the angular cuts, and just the overall sleekness, it looks undeniably contemporary. The custom GT380 makes the case that not every modern product needs to be edgy, with blue LED accents. A modern-looking product can have an evergreen appeal, with a style that’s refreshing to look at yet still familiar.

It all starts with a donor Suzuki GT380, which Sean and his designer collaborator Jeremy Lacy strip apart to its bare-basics before creating 2D sketches of the new design superimposed on the old framework. The bike’s data makes its way into SolidWorks, where Lacy builds his custom parts directly on top of the existing frame and components. This process, according to Sean, makes creating the custom bike much faster, as the new parts can easily be fabricated and assembled onto the motorbike, knowing fully well that each new component will fit onto the bike seamlessly. “Since the pieces were all carefully designed in CAD, no time was wasted in reworking things once they were built,” says Sean. “For example, we didn’t have to worry about the front fender hitting the fairing because we already moved the parts around in CAD to make sure there was no interference anywhere within the range of travel.”

The custom bike comes outfitted with a bunch of new parts, including fiberglass bodywork, an aluminum fuel-tank, HID headlamp, a plush leather seat that cantilevers beautifully off the back, right above an Öhlins shock fitted in the rear, slotted in a custom linkage. The end-result looks far from the original, but that’s the fruit of 6 months of labor on the part of Sean and Jeremy who both worked 20-hour weeks to come up with the final result. The final bike looks stunning, with an understated color scheme that feels comfortably vintage, rather than edgy. The pearlescent warm-white body, brown seat, and golden accents have an old-world touch, but the silhouette and cantilever rear really do give the custom model a novel appeal that definitely feels contemporary. 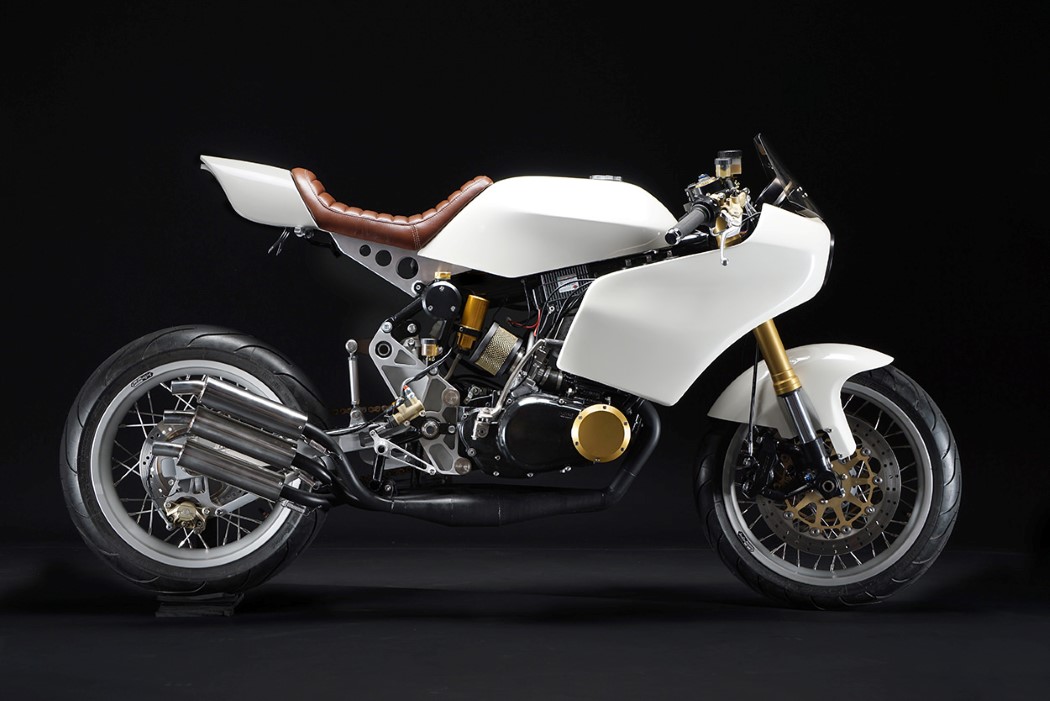 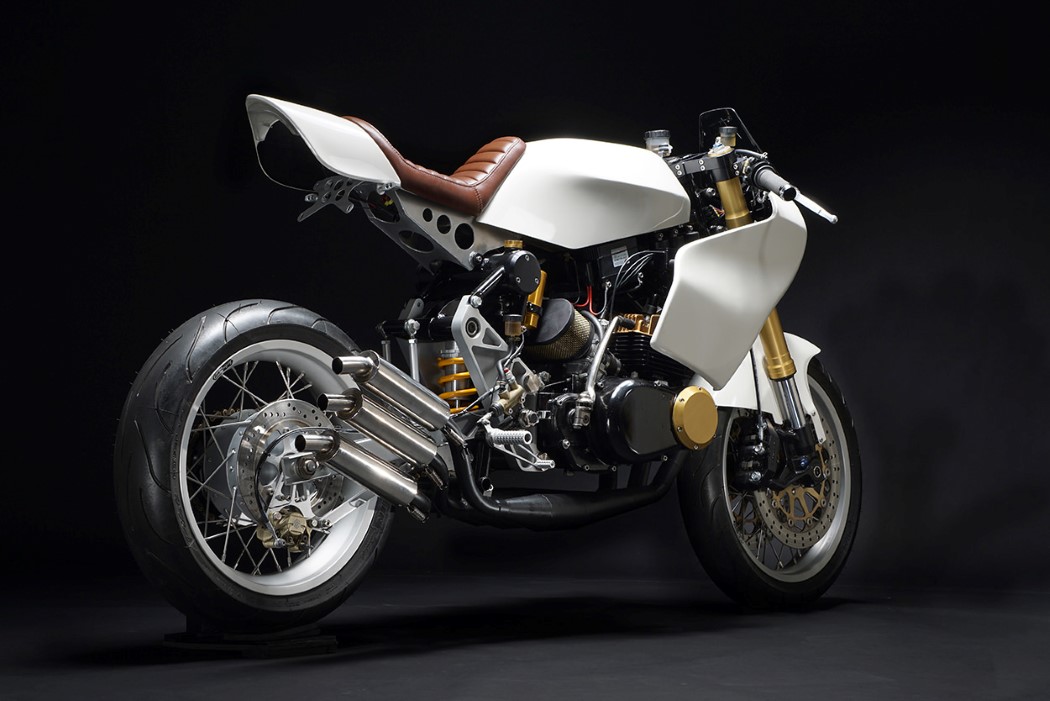 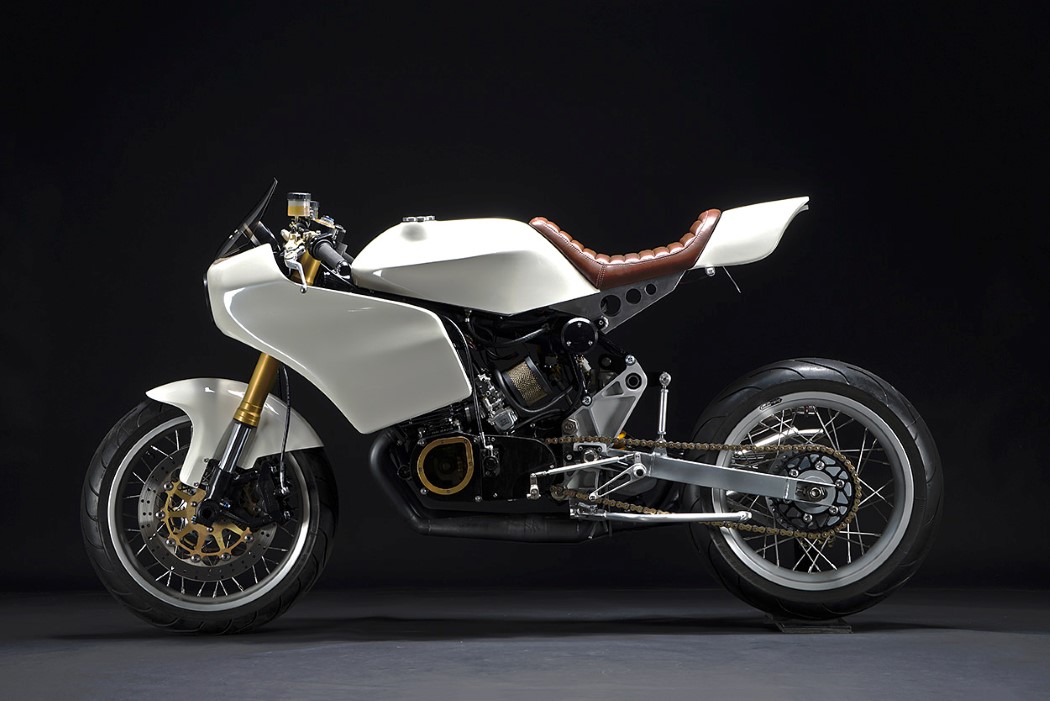 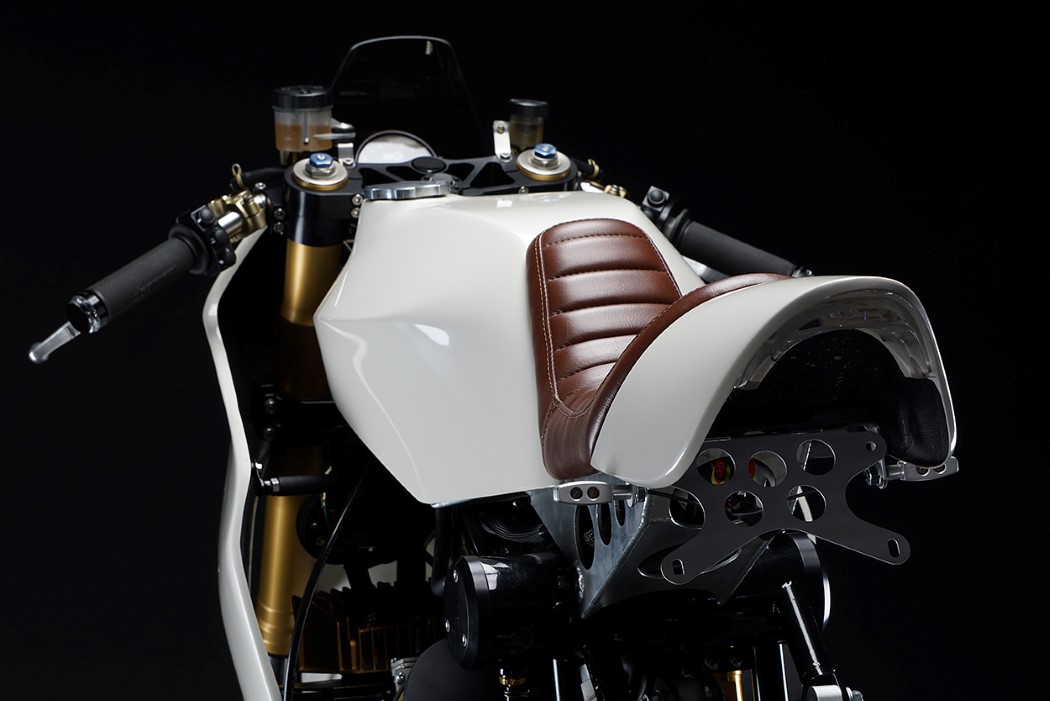 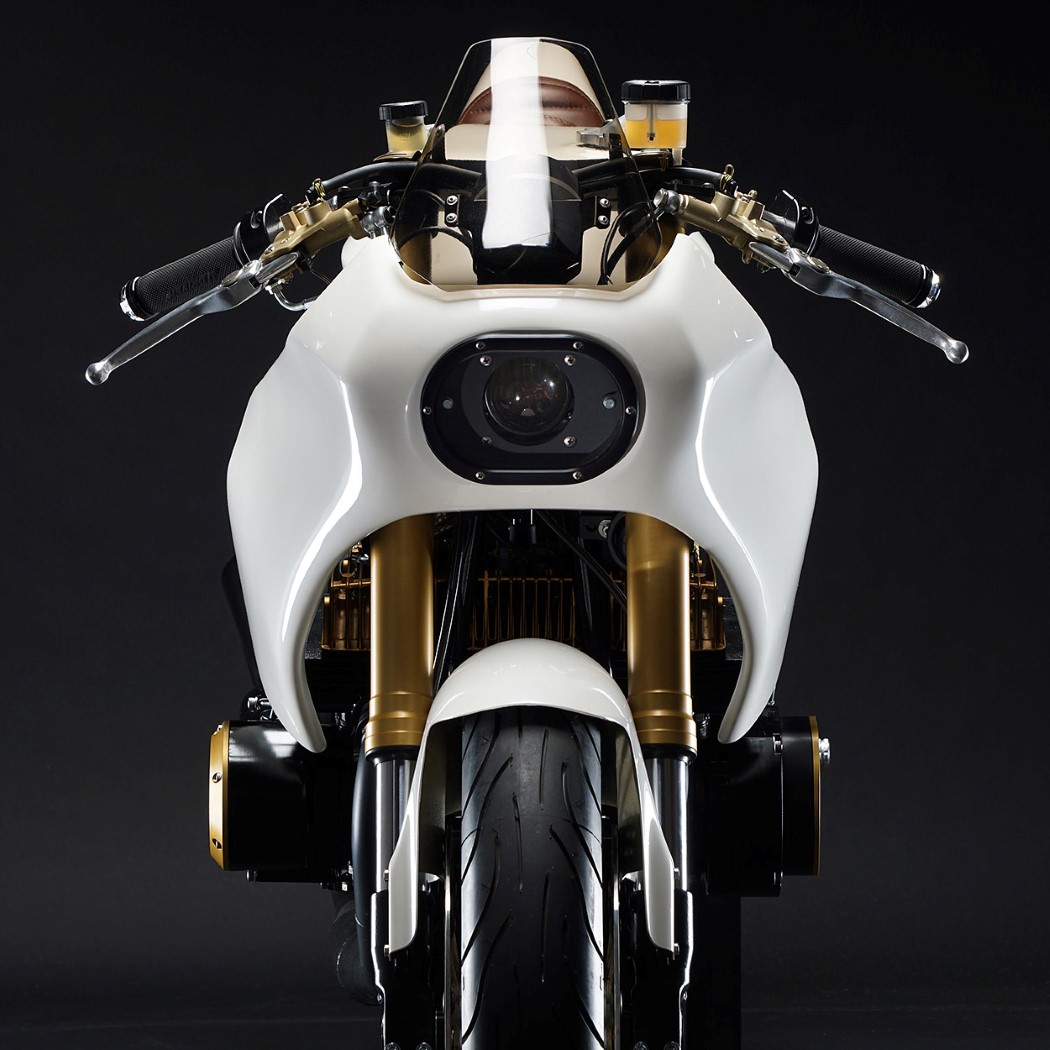 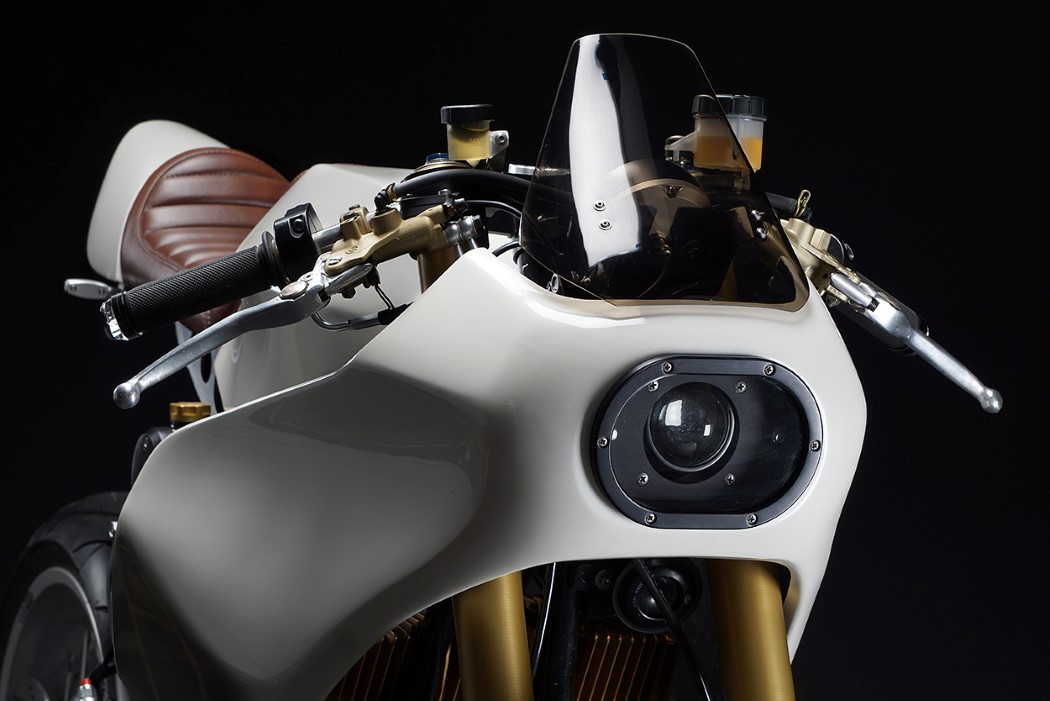 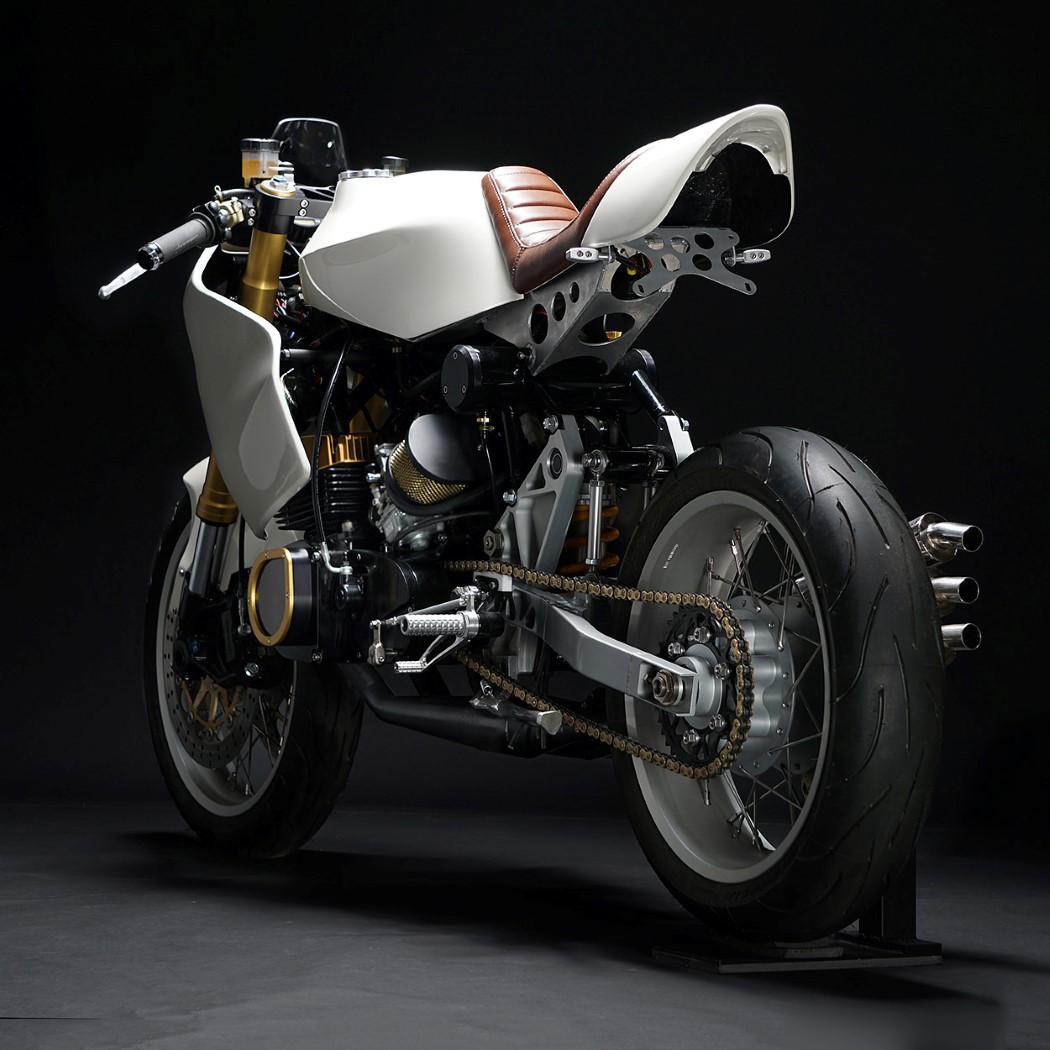 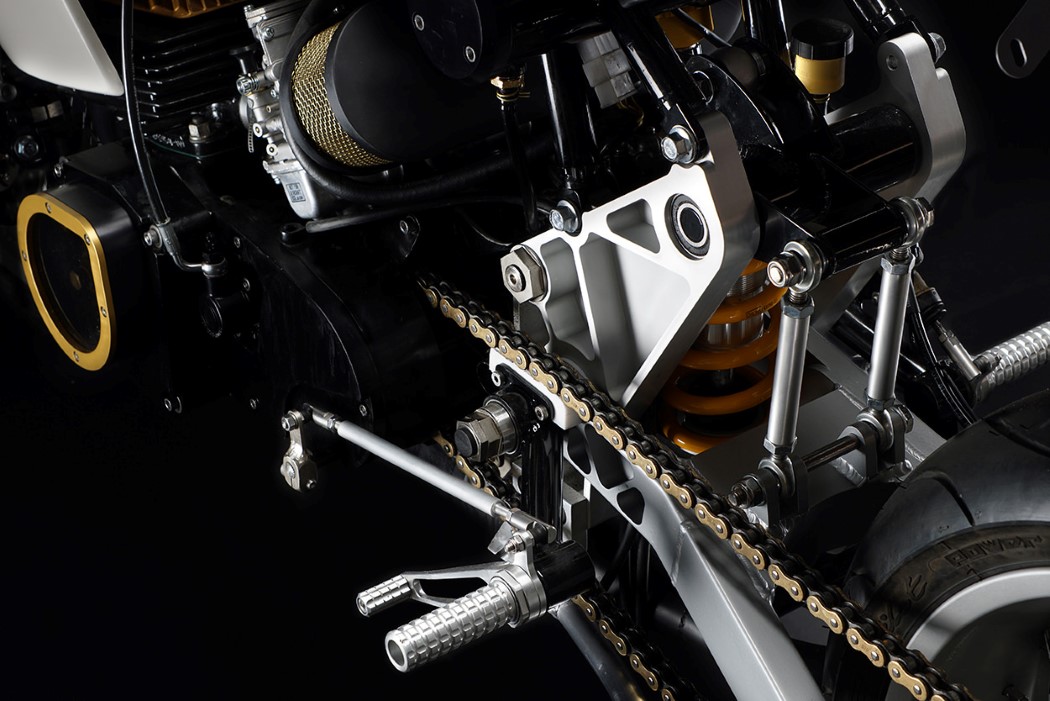 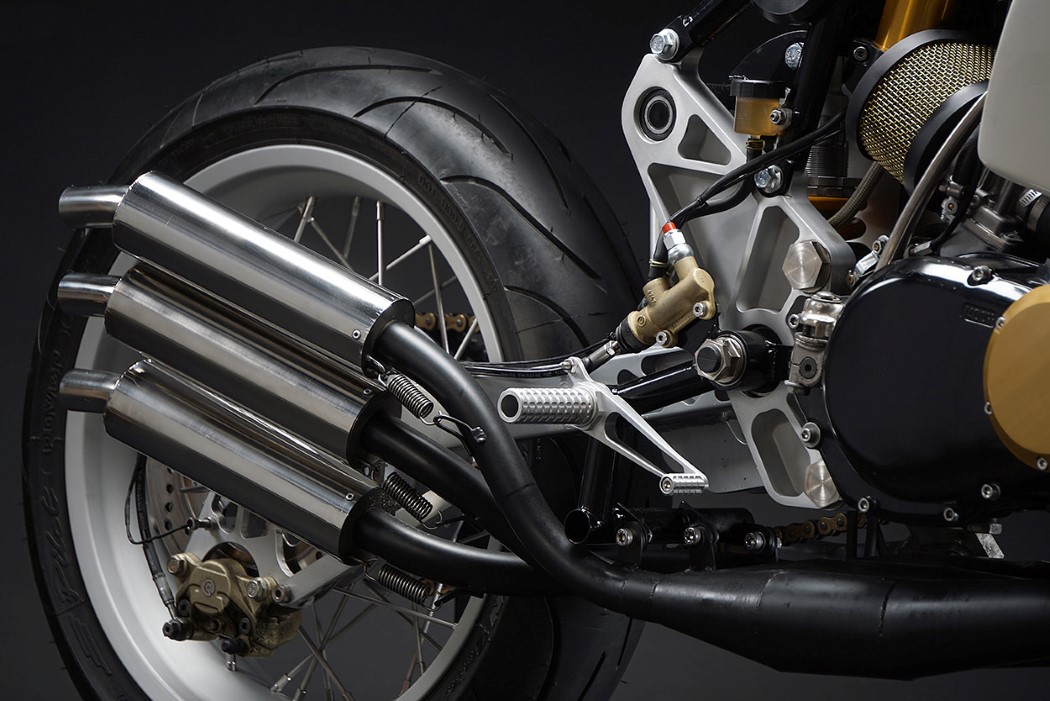 This is no run-of-the-mill Mercedes. This is a design exercise that pays homage to Mercedes-Benz’s racing history. The streamlined body is supposed to evoke airplanes, speed…

Rather directly named the APM (short for Accessible People Mover), Toyota’s specially designed vehicle aims at enhancing the experience for visitors who will flock down to…

I’d Hook My Bike Up to Nothing Minus

Nothing less, that is, than “P+!” It’s the P+ bike system. Created by Young-Min Kim, Hyeon-Jeong Woo & Kyung-Goo Lee to promote healthy bike use in…

The past month has seen the release of a range of fascinating autonomous vehicles, but none of them are more excitable as the GM Silent Utility…