Reshaping is a term many people have grown to understand especially the past two years. We’re in that day and age when almost everything in the world and our life needs to be transformed or changed.

Giving a new orientation or form to somewhat an ordinary thing has been a common theme among urban designers. It’s actually been highlighted especially this pandemic. Humans adapt to their surroundings so we think of ways to innovate and create new values in life. 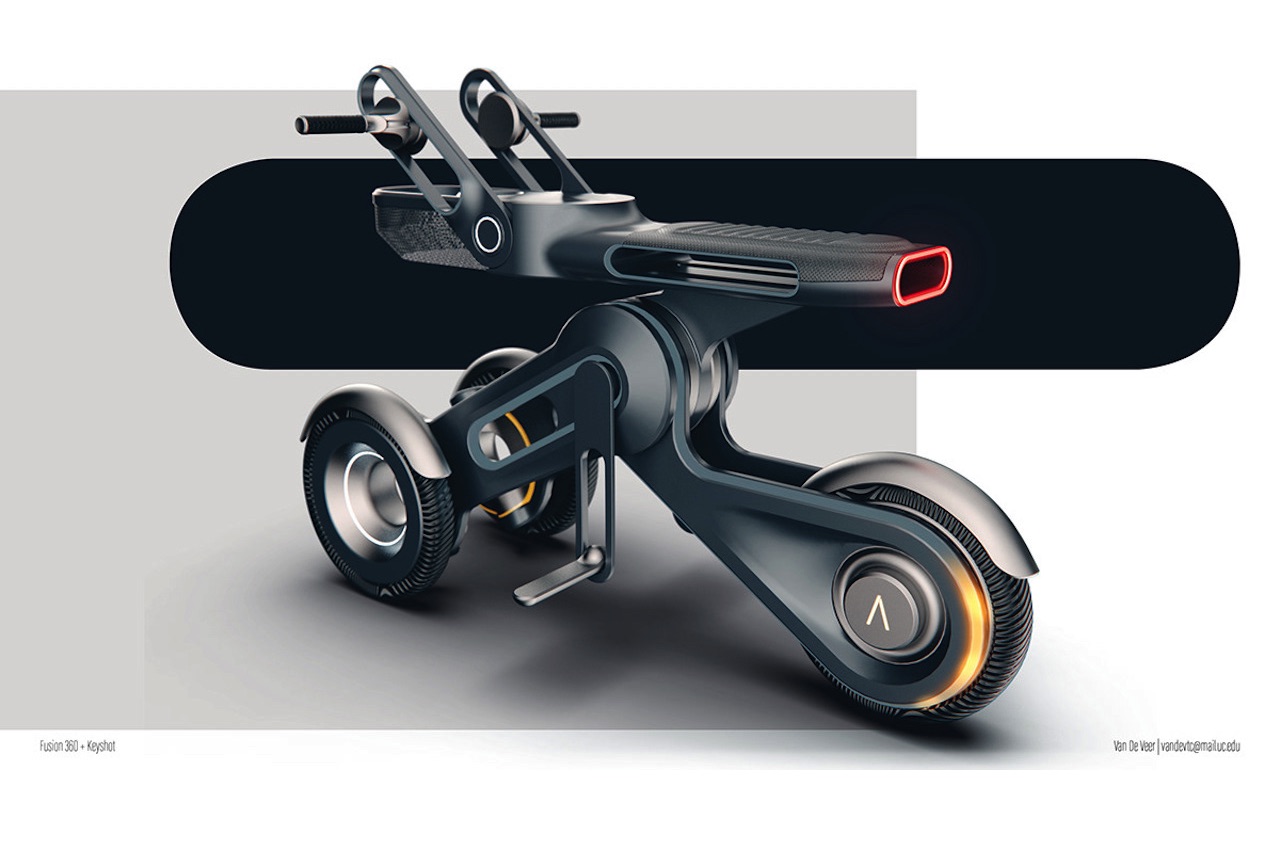 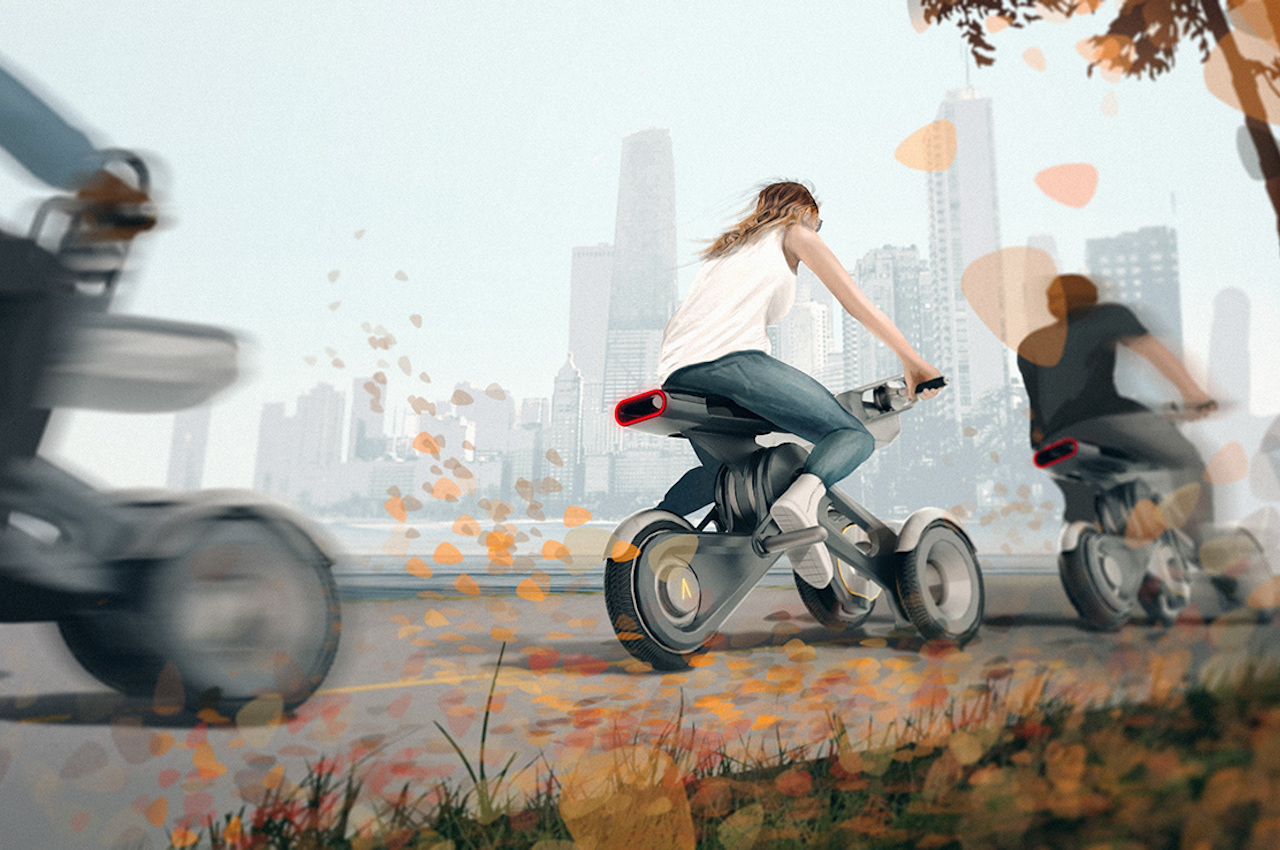 Sharing a vehicle may not be an ideal move if we’re discussing hygiene but when it comes to urban planning, it’s all about sustainability and smart use of space. The MAVEN Urban E-Trike is a possible solution for mobility that can take advantage of local hubs and nodes. It is designed as a pedestrian-friendly personal mobility platform for pedestrian-oriented spaces. 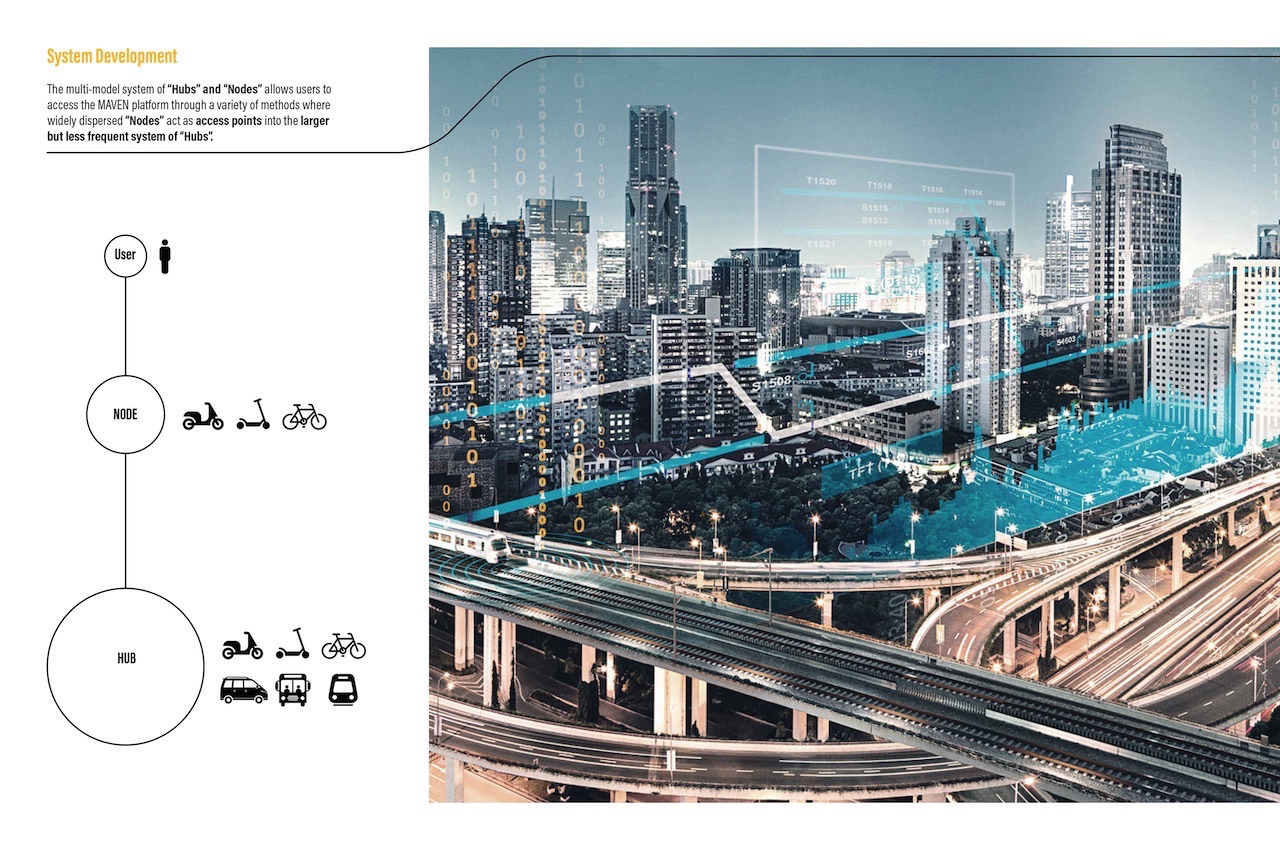 System development also stemmed from the demands of a simple traveler or commuter to explore the city without having to depend on a normal-sized car. The Maven e-trike is for a single user. But since each user is unique in terms of size and body measurement, the vehicle can adjust to the rider’s size. 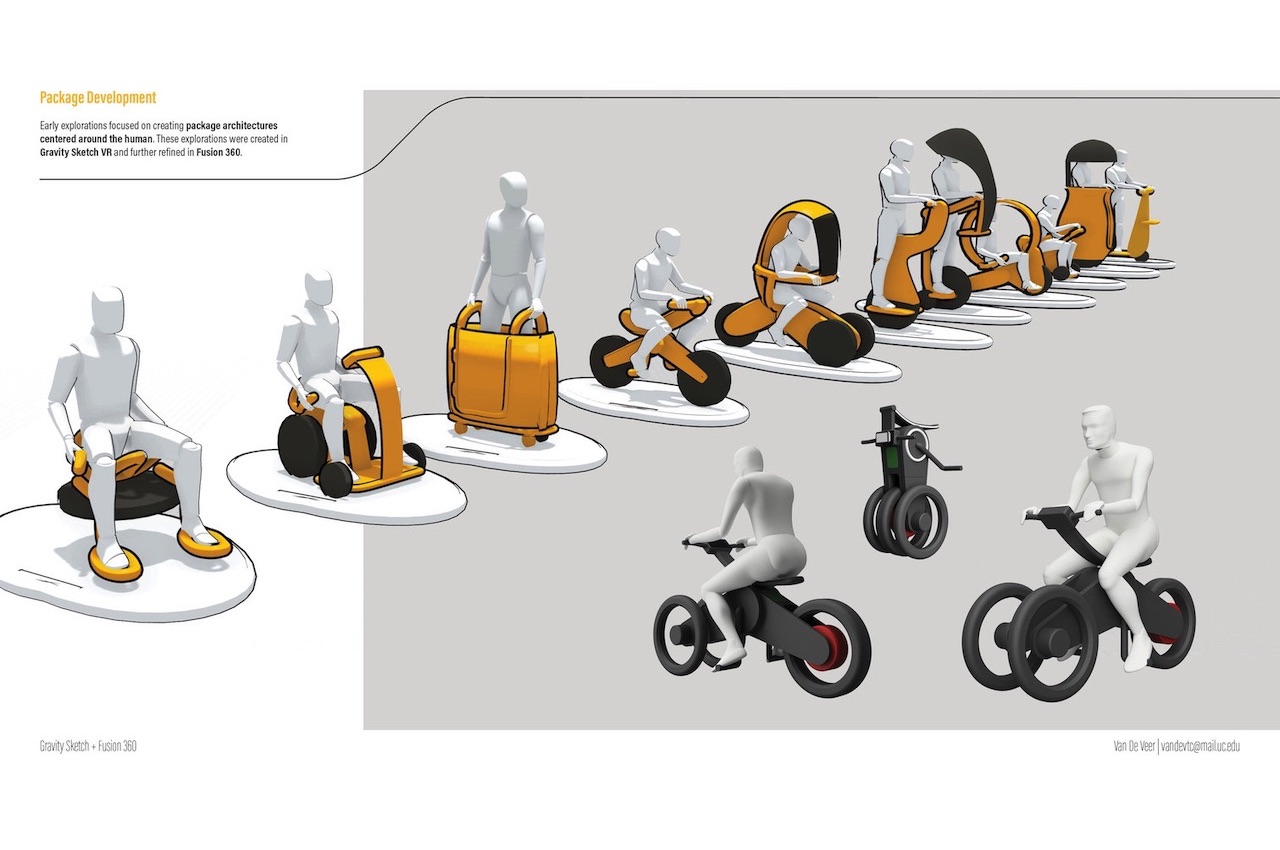 The urban e-trike works this way: scan, adjust, and return to a node autonomously. The Maven scans the rider and take his body measurement. It then unfolds to the rider’s size for a comfortable fit and ride. The e-trike is designed for use on most bike paths and pedestrian spaces so exploring a city can be convenient. No need to go through regular traffic as this thing doesn’t take much space. In concept, the vehicle can autonomously return to its node.

It’s a solution that must be considered by local governments in the near future. It can be a city-wide project as the platform requires different nodes and hubs to be accessible and widely positioned across the city. 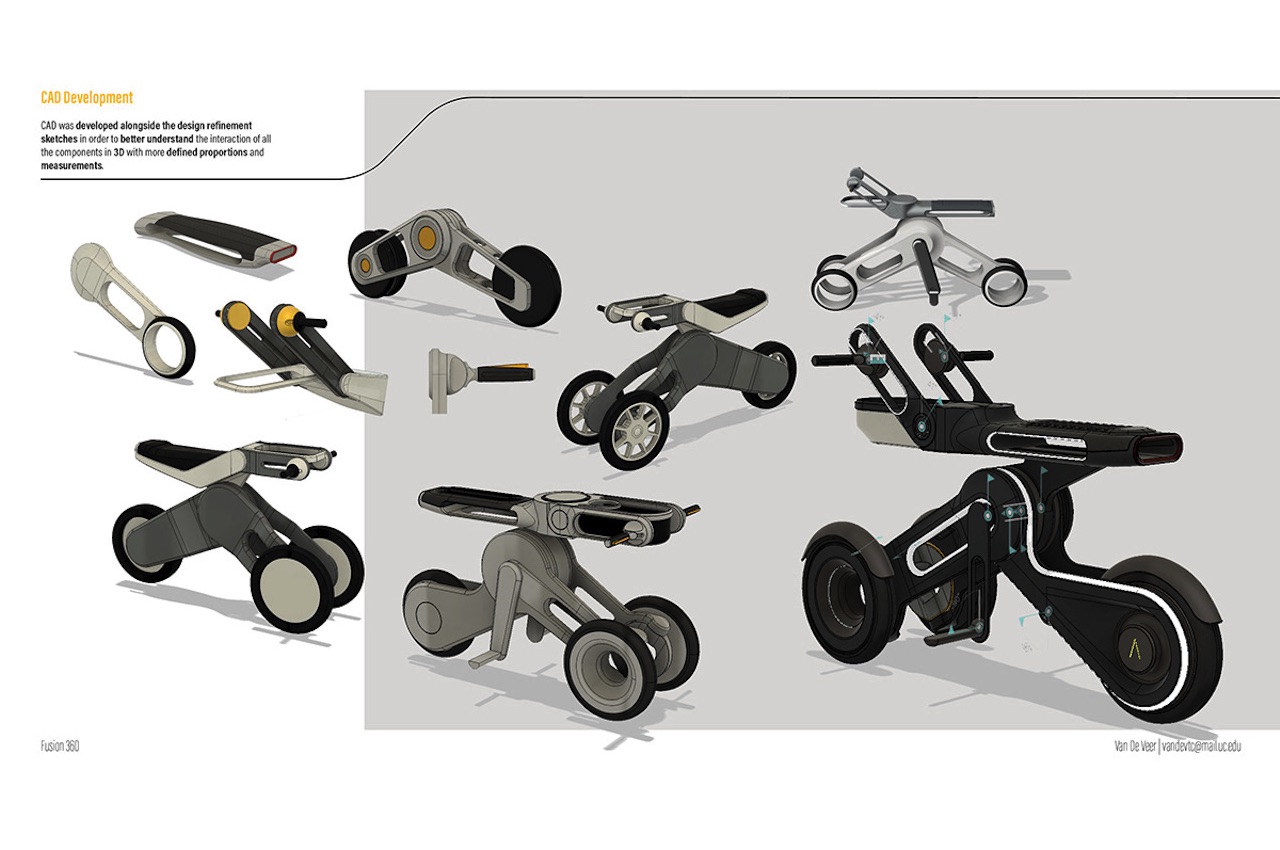 The design and development of the Maven urban e-trike have passed through several explorations and refinements that started from a deep need of a person for a more innovative solution. The result is a concept product that goes beyond aesthetics. Its customization makes it a sustainable choice and we believe the long-term benefits can be guaranteed for society as a whole.

Concept development began with early sketches of functions and the form of the package. Early concepts appeared to be sculptural for a personal vehicle but eventually, the designer came up with his desired technical feel. 3D renders helped a lot in offering a more refined design with more accurate measurements and proportions. 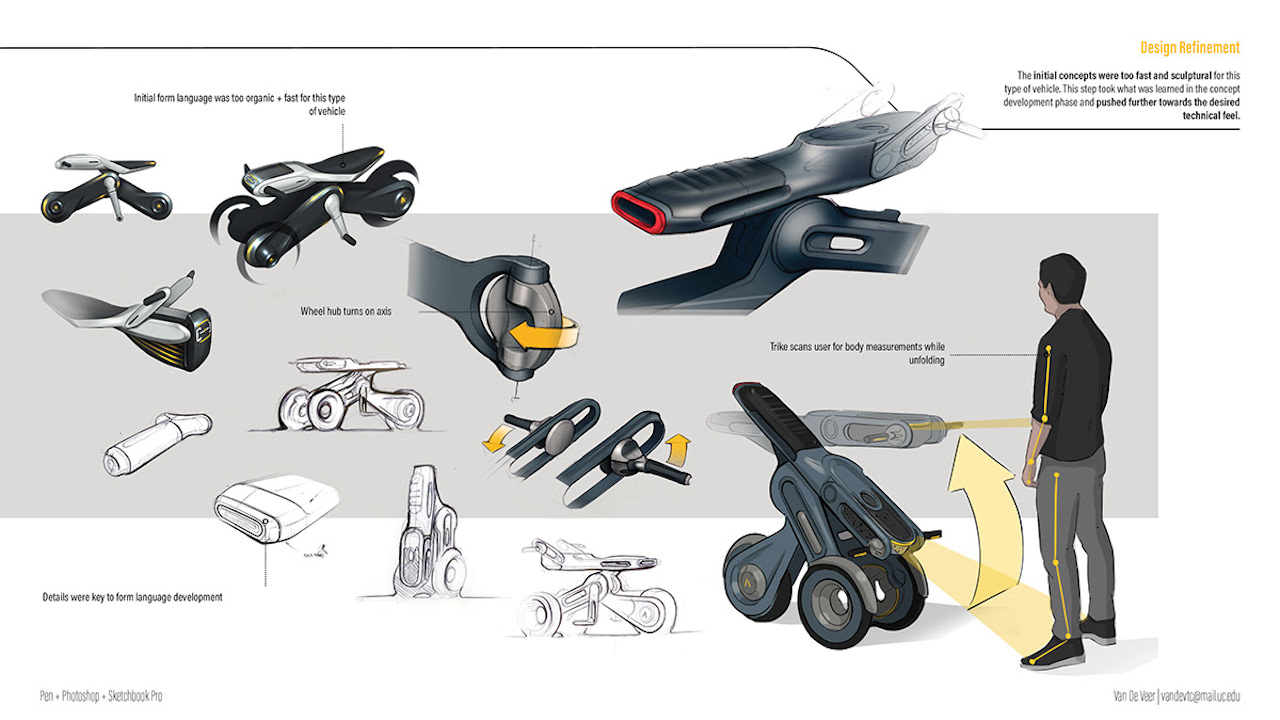 The concept vehicle is an e-trike. With the three wheels, one at the rear and two in front, the rider can be more at ease with the stability it offers compared to a bike. In some angles, it looks like a futuristic baby pram with its TRON-style design—plain and dark colors with sleek bright lines in LED. When unfolded, some may probably think it is one heavy vacuum cleaner or a new Segway. 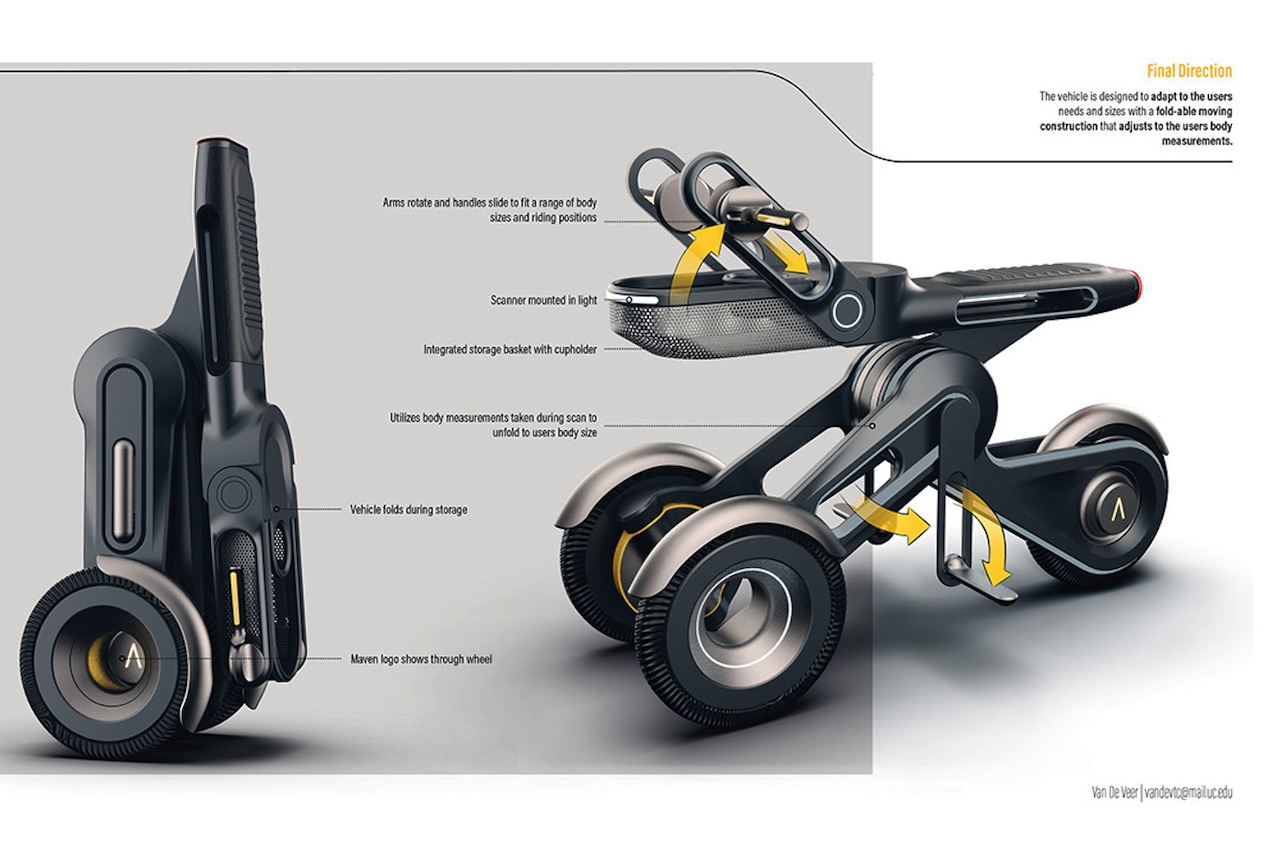 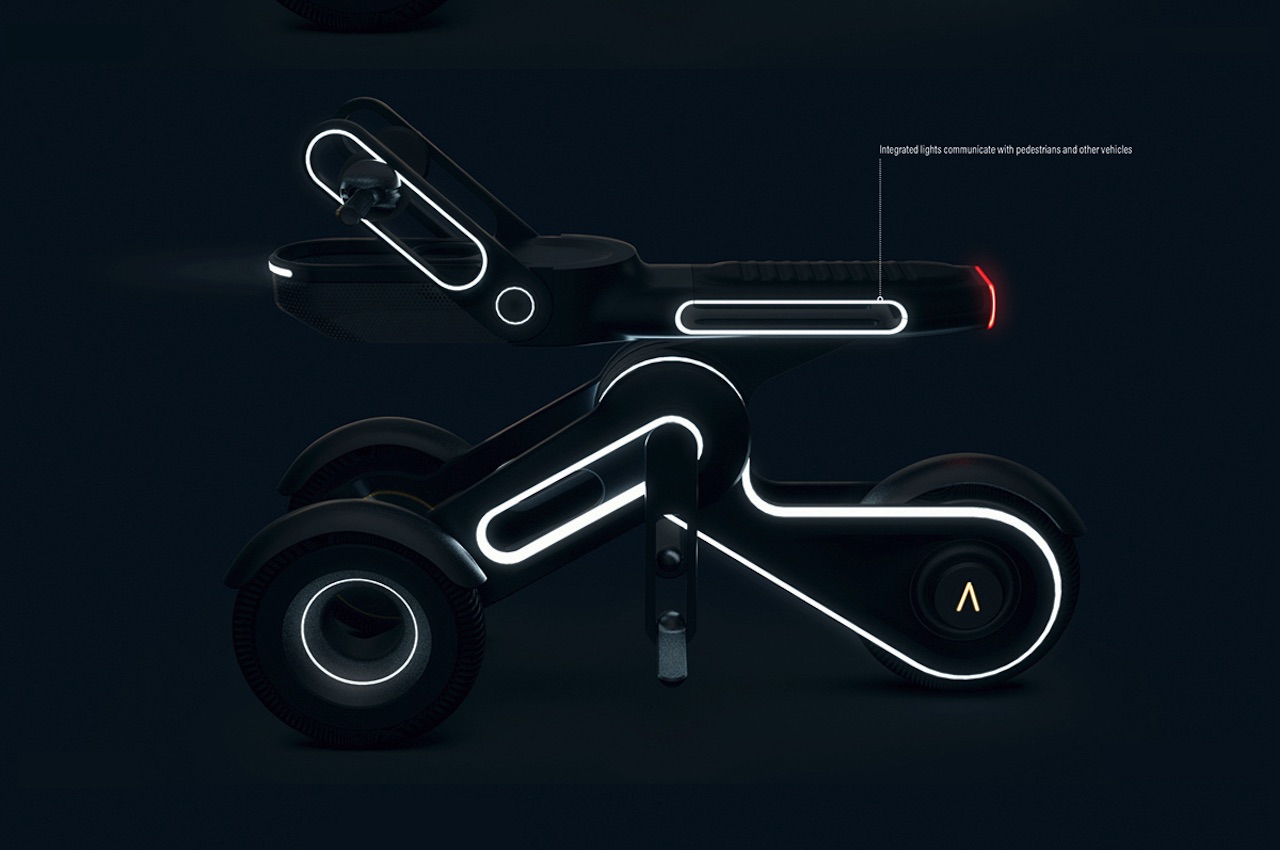 The Maven e-trike takes less space, especially at rest. You can drag it when not in use or when you want to walk for a bit. To open the vehicle, simply lift the handlebars. It will open now to a riding position. There are two pegs underneath for leg support. The handlebars can be raised for steering the e-trike. Brakes and throttle are controlled by built-in triggers in the handlebar. At the front, there is a basket are where you can place your stuff. 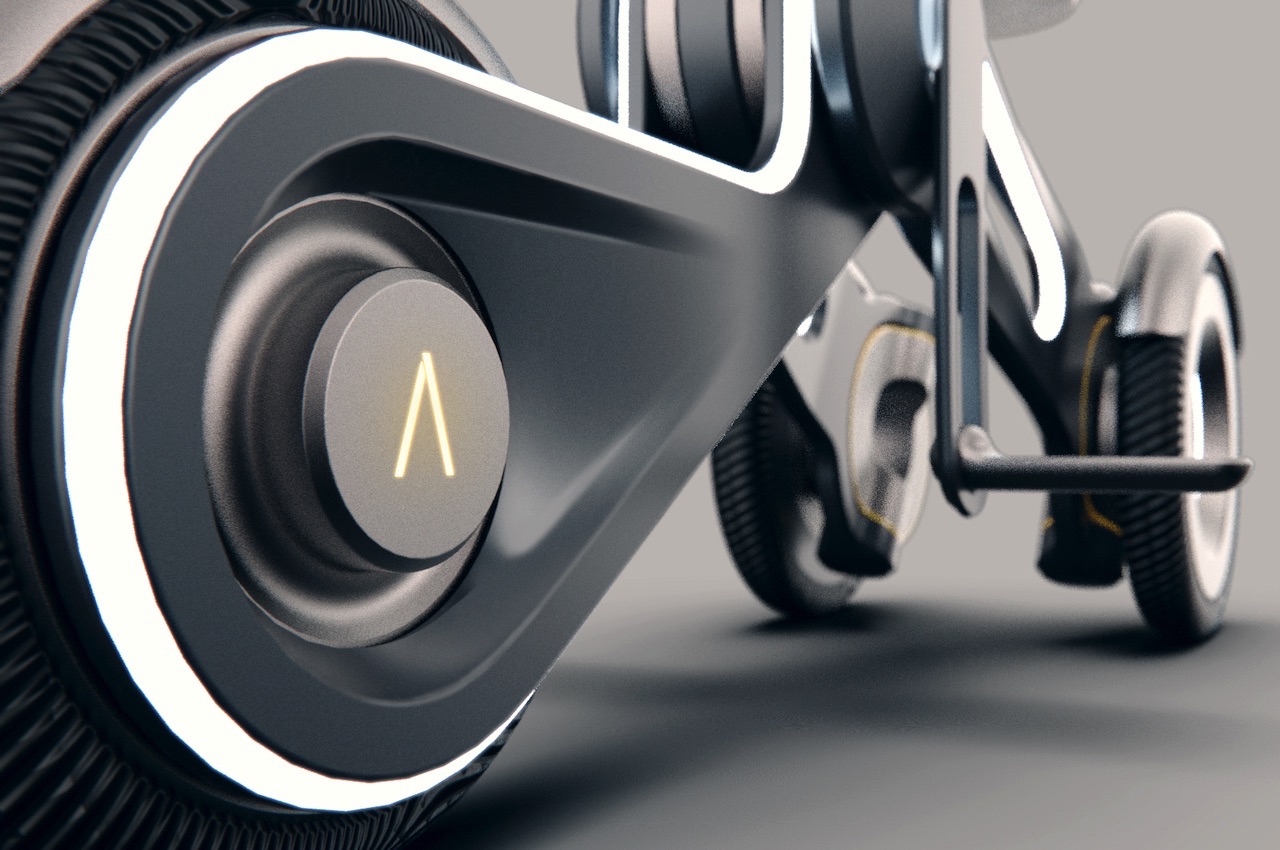 Seldom do you come across a design that practically challenges everything you know about the category it belongs to. The Renault EZ-ultimo concept is that…

This treehouse’s window is a giant live picture frame of a french castle!