I’ve noticed something rather interesting over the past couple of years. The purpose of a design, any design, is to see itself evolve in a way that benefits users as well as the designer that had the idea in the first place. A well-designed product isn’t something that can exist in isolation with a ribbon pinned to it… yet most award programs do just that. They look at products, identify a few of them which look promising, give them a certificate or trophy, and move on to the next product… and the process repeats itself year after year. Most award programs don’t incubate great ideas into wonderful products… they just identify them and put them on a website for others to see, and that’s something I’ve come to identify with a lot of awards, but not the Lexus Design Award.

Imagine having great designers gather around your idea and nourish it into something truly fruitful. Imagine having all the resources you need to prototype your idea into something that WORKS… not on paper, in reality. Imagine spending 3 months under the wing of industry-leading mentors who help guide you through the design process. The Lexus Design Award isn’t really like other awards… it’s part award, part internship, part incubator, and part institute. When you apply for the Lexus Design Award, you’re enrolling yourself into a 3-month course with internationally-recognized mentors like Joe Doucet (Founder, Joe Doucet x Partners), Mariam Kamara (Principal Architect, Atelier Masomi), Sputniko! (Associate Professor of Design at the Tokyo University of the Arts), and Sabine Marcelis (Founder, Studio Sabine Marcelis. Out of all the award participants, 6 Finalists are chosen to be a part of this mentorship experience. During this time, the mentors work with you ON your project (sort of like the most personalized internship ever), taking your rough concept to fruition, while Lexus incubates the product with as much as 3 million Japanese Yen or $25,000 dedicated to prototyping the projects to a working proof-of-concept.

The Lexus Design Award’s core objective has always been to foster great ideas and great talent. Creating the perfect environment for a design to grow, Lexus helps engineer ideas into real, impactful solutions for a better future. The awards are free for all, focusing on young talent looking to find their footing in the industry, and offering them the ability to take their nascent ideas to new heights, with advice from established professional mentors. At the end of the mentorship phase, a Grand Prix finalist is chosen by the award’s esteemed judging panel comprising of Paola Antonelli (Senior Curator at MoMA), Greg Lynn (Architect and CEO Piaggio Fast Forward), Dong Gong (Founder & Design Principal of Vector Architects), and Simon Humphries (Head of Toyota and Lexus Global Design).

Entries for the 2021 edition of the Lexus Design Award are now open, with the theme echoing Lexus’ brand principle – “Anticipate, Innovate and Captivate for a better tomorrow”. Head to the Discover Lexus website to submit your own designs for a chance to collaborate with world-class mentors and incubate your ideas into reality, or scroll down to check out some of the past winners of the Lexus Design Award as inspiration! 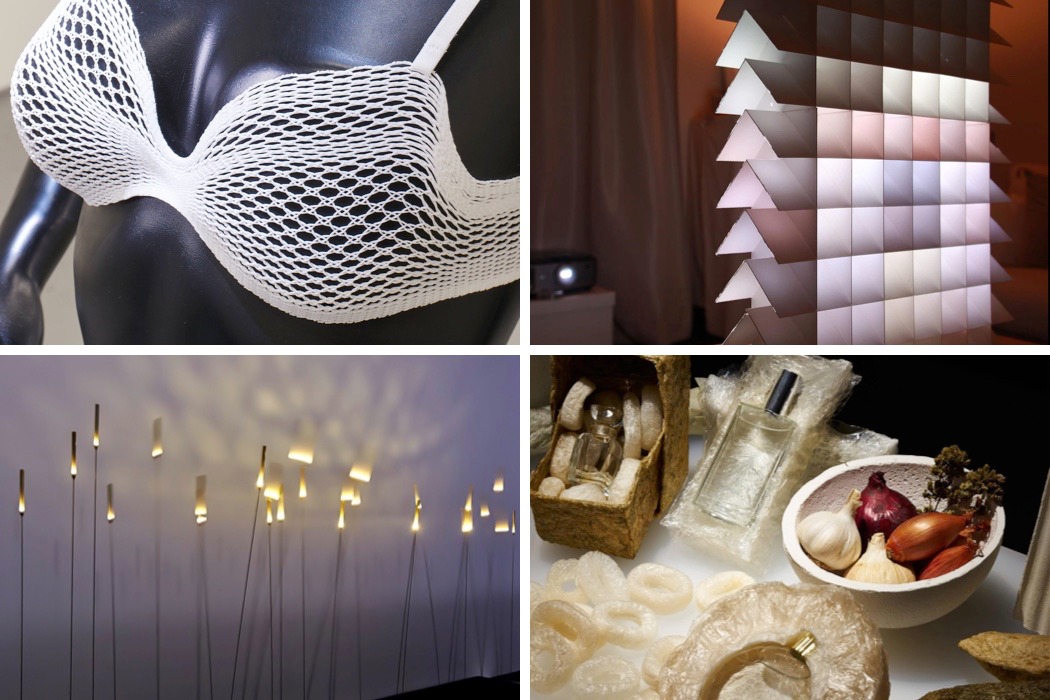 Lexus first launched this annual international award in 2013 to nurture up-and-coming designers and help them realize their vision around the future of design. 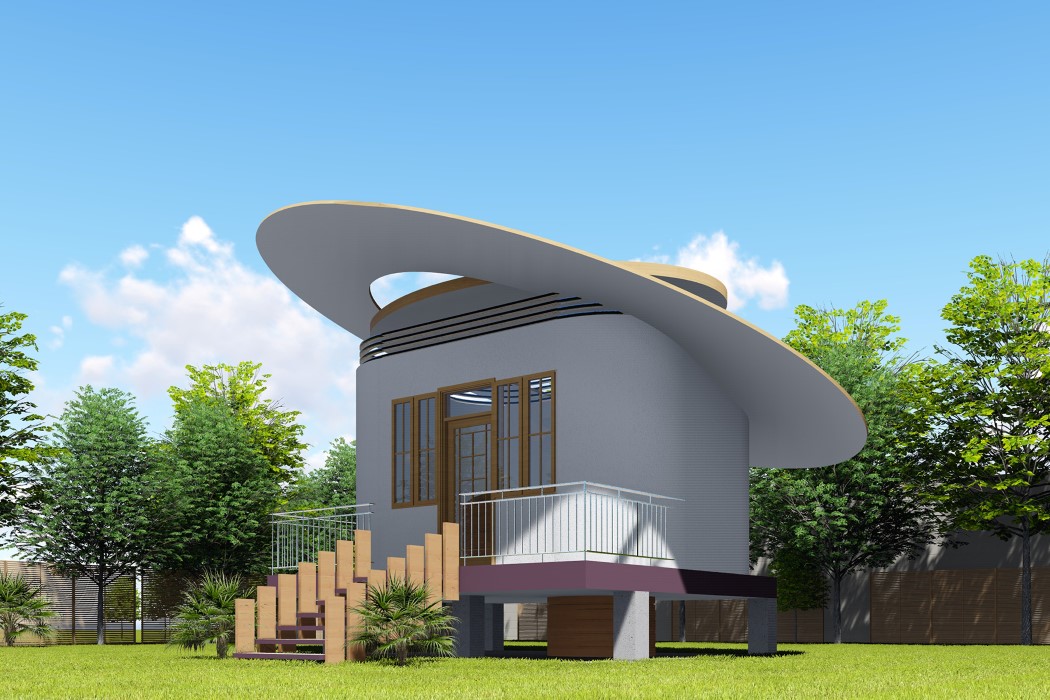 A vast number of Kenyans suffer from a combination of problems like water shortage, diseases caused by consumption of unfiltered/unfit water, having to walk miles to get water on a daily basis, or alternatively having to pay high rates for local water distribution. “In Nairobi, high-tech coexists with urban poverty”, say the team at BellTower, who designed the Open Source Communities project which creates a new format of community-building that relies on efficient allocation of resources that help the lower-income communities get access to basic necessities like water. The project creates a centralized water-reservoir – a structure that sits between hundreds of homes, providing water to every single one of them. The structure’s innovative format allows it to harvest and conserve rainwater, while actively filtering it of dirt, microorganisms, and other impurities. During the monsoons, surplus water helps generate money for the communities too, allowing them to get an extra source of income while bridging the vast resource gap. However, the best part about the Open Source Communities is that it exists as a public-utility template. Its open-source nature gives it unlimited flexibility, allowing it to be modified to fit in practically any scenario. 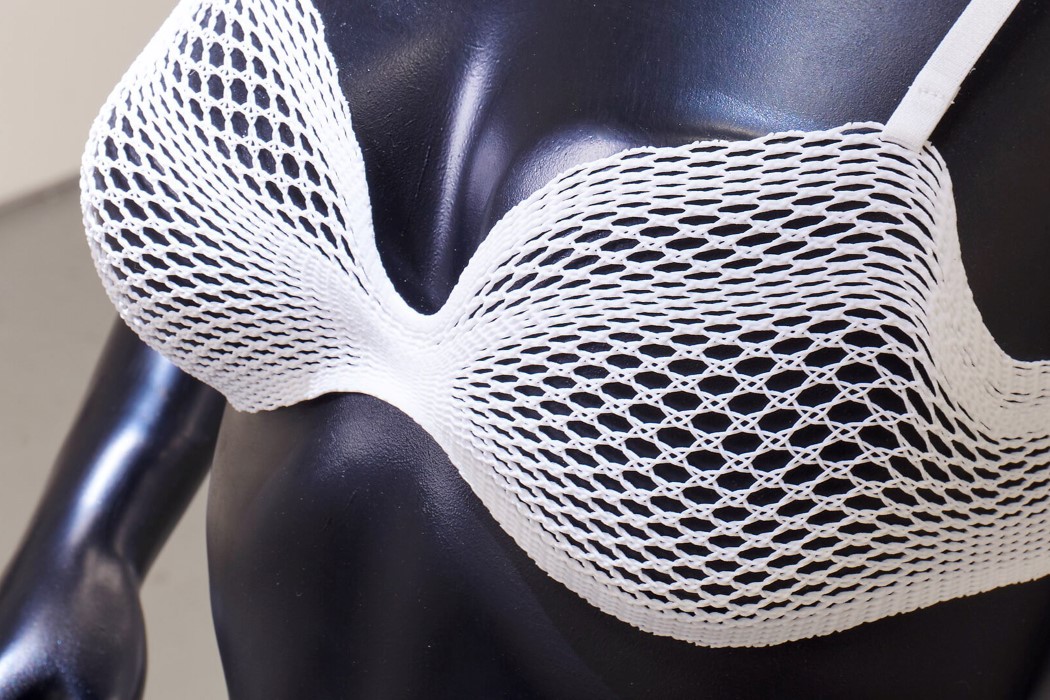 Bringing Algorithms and Attire together in a beautifully crafted garment with a noble purpose, Algorithmic Lace uses advanced three-dimensional modeling to handcraft bespoke bras for breast cancer survivors who have undergone mastectomy surgery. Algorithms have a long-standing love-affair with the textile industry, as one of the first machines to use algorithms was the Jacquard Loom back in the 1800s. The loom was controlled by a series of punched cards, which contained information that the loom read. Different cards had different algorithms into it and by switching the cards in the loom, you could tell it to alternate between complex textile weaves like brocade, damask and matelassé. Algorithmic Lace builds on that rich history, by using lines of code to create bras that are custom-built for their wearers. These garments are made specifically to functionally suit women who’ve undergone surgery, and the algorithmic pattern helps create a well-fitted, comfortable brassiere that’s also incredibly aesthetic to look at, empowering the wearer with confidence, along with their new lease of life. 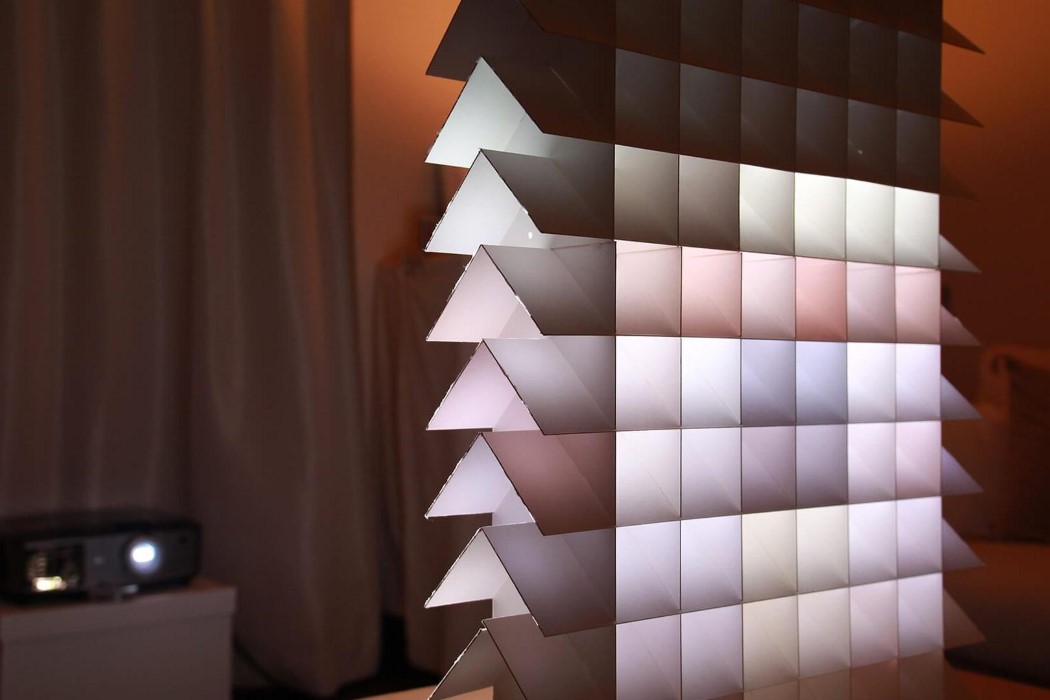 There’s sheer magic in how the Pixel can actually take what you see and reduce its resolution to a handful of pixels… creating an illusion of being in a low-res world. At its heart is a uniquely crafted module that takes light as an input, and through repeated internal reflection, turns inputted images into square outputs. Imagine how the mirrors on a periscope work, taking an image from the top and carrying them down to the viewfinder below… this module does something similar, but with a different result. Stack enough of these modules together and you get the Pixel, a dynamic wall that instantly pixelates anything behind it. The Pixel relies on a powerful light source, and in this case, uses a projector. Project an image on it and the modules average out the light entering them, instantly pixelating the image and giving us a new perspective on the way we see light and shadows! 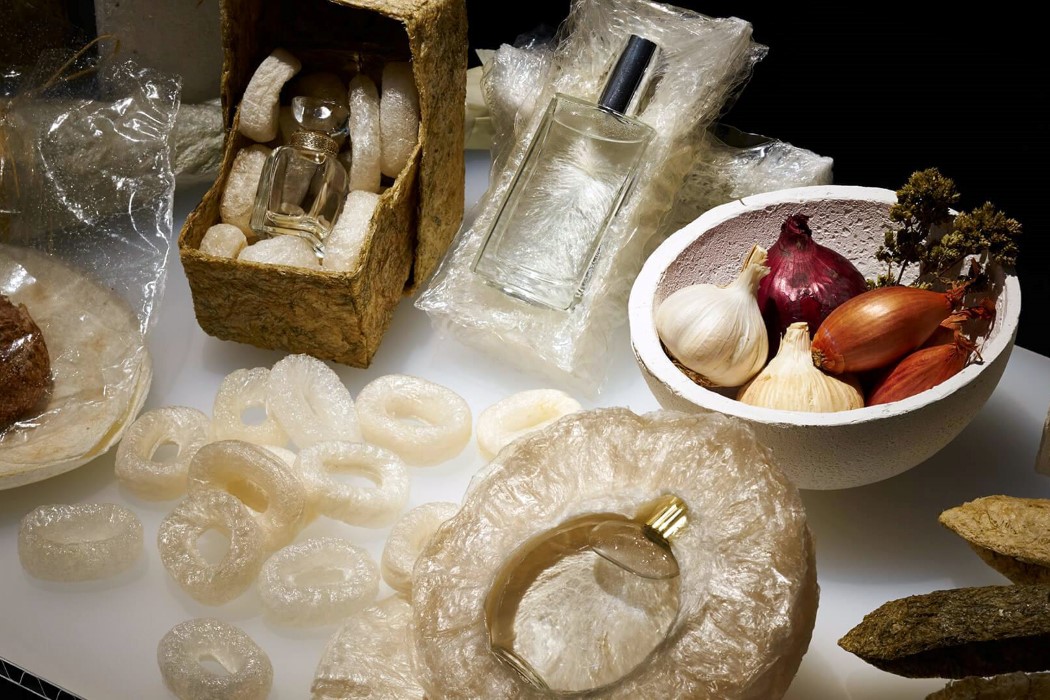 As its name suggests, the Agar Plasticity project uses Agar, a gelatinous marine algal material, as a replacement for plastics, creating a naturally occurring alternative to one of nature’s largest pollutants. Perfectly encapsulating the Lexus theme of ‘designing for a better tomorrow’, the project envisions a use of Agar as an alternative to the plastics found in packaging. Given that packaging for a product is often discarded immediately after purchase, Agar Plasticity hopes to create a solution that is eco-friendlier. Agar itself is derived from nature, and when treated a certain way, can be molded into containers, trays, and films that can replace single-use plastics. When discarded, the Agar can easily degrade in water or land, turning into nutrition for microorganisms and helping reduce waste. Japan-based design-trio AMAM is currently working to get larger institutions and corporations to look into the use of Agar as a safe plastic-alternative. 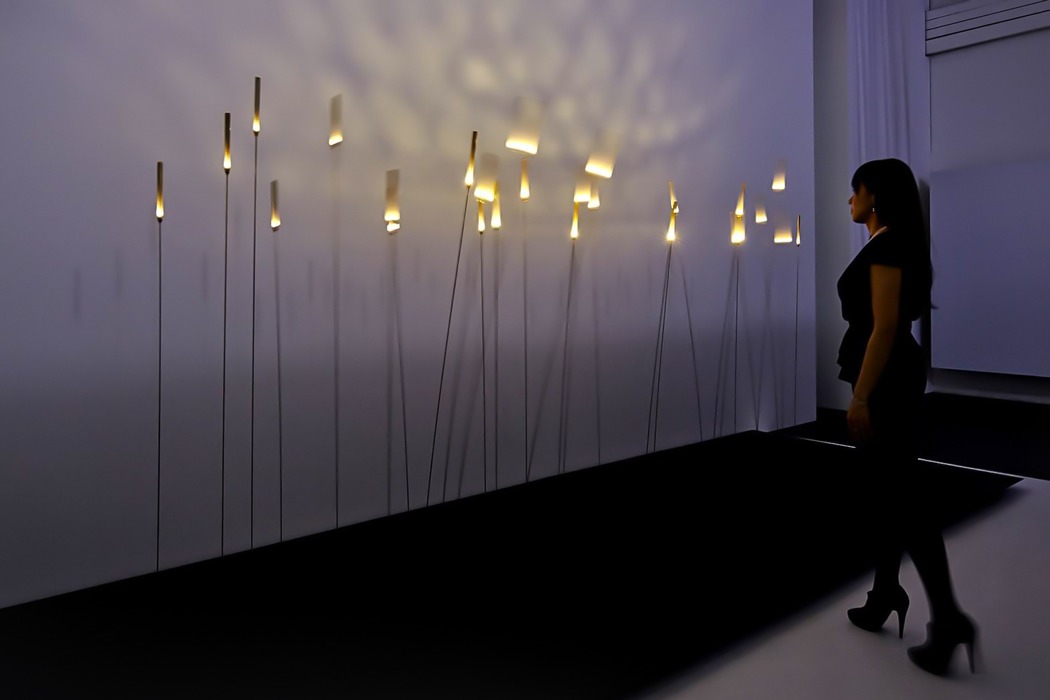 Yet another example of how lighting can be more of an experience, Inaho captures the tranquil beauty of watching rice-plants sway in the breeze. Created by Japanese duo Hideki Yoshimoto and Yoshinaka Ono, Inaho captures a strong Japanese cultural element, creating something that’s not just eye-catching but also rooted in history. The lights come mounted on tall, flexible metal rods, which gently lean towards people as they approach it. The interactive element doesn’t just make the Inaho interesting in a tactile sense, it also creates a wonderful series of moving highlights and shadows as the rice-plant-inspired lamps lean in your direction as you approach them, prompting you to move closer. The word Inaho literally translates to ‘a ear of rice’ in Japanese.

Submissions are being accepted until October 11th, 2020.

An essential pillar of AMA–Austin Maynard Architects is sustainability. Whether that be achieved through solar energy, Tesla batteries, external Venetian blinds, or all the above–building…

If there’s one thing that COVID-19 has taught us (though there are plenty), it’s that maintaining cleanliness and hygiene, and sanitizing everything and anything in…