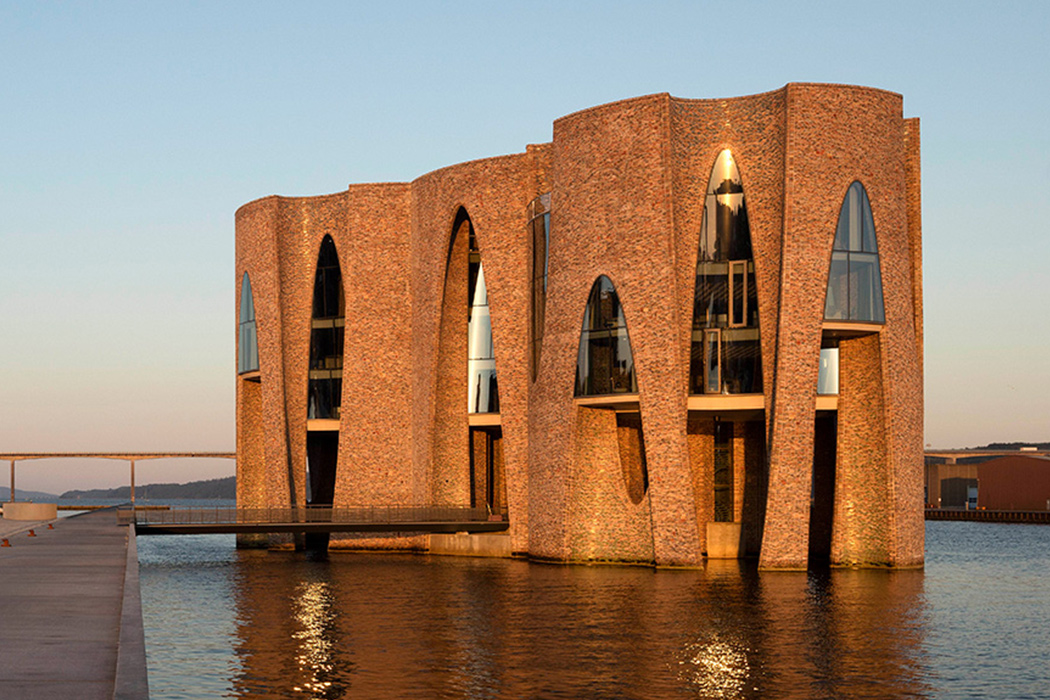 Imagine a castle and it will be made of stone or bricks…that is how old bricks are! Red and rustic, bricks have come back in fashion with the brutal or raw architectural trend that has gripped modern architecture. And we have to agree, they provide a jarring contrast to the sleek glass towers, standing like gentle giants or wise kings of the old in the modern cityscape. Using bricks to give a modern-day look, all the designs featured here are futuristic yet preserve the heritage aesthetics that add value or character to your building! 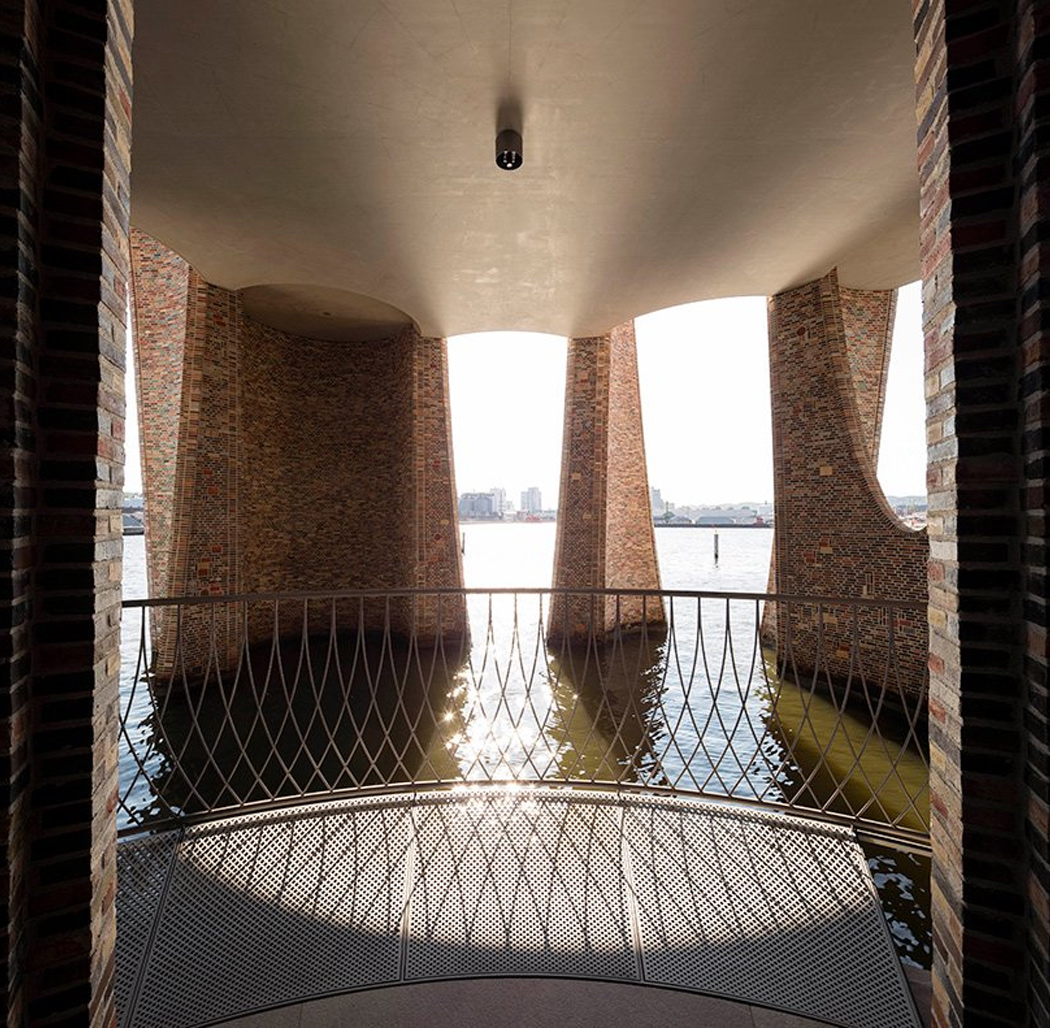 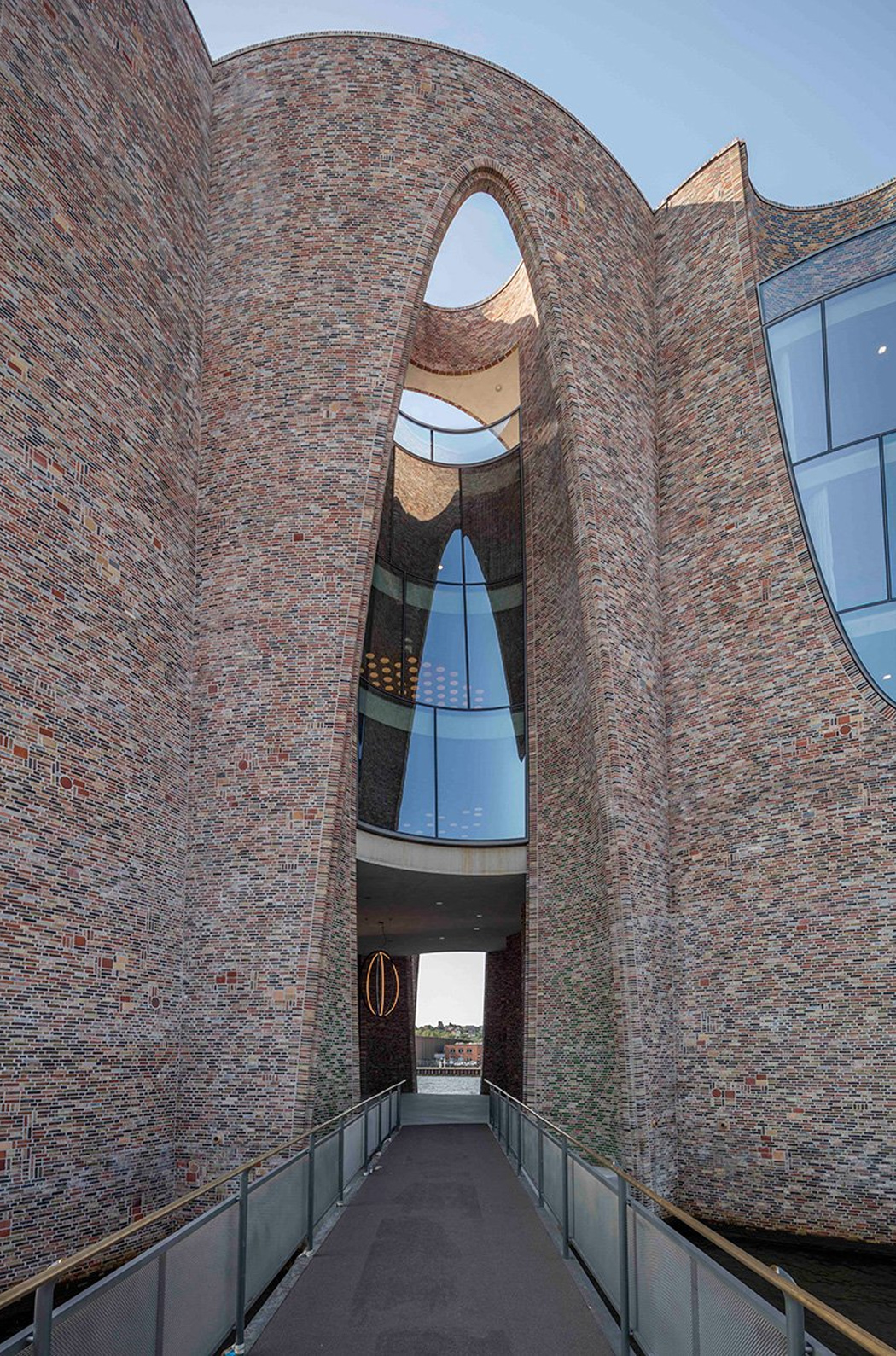 Brick being a traditionally tough material, it is difficult to envision this material for creating a curved surface. But that is exactly what Studio Olafur Eliasson has done with their very first construction in Denmark. Named the Fjord House, the project is commissioned by KIRK Capital to showcase the building’s relationship to the harbor. ‘I am very thankful for the trust shown by the Kirk Johansen family in inviting me, with my studio, to conceive Fjordenhus,’ Eliasson says. ‘This allowed us to turn years of research — on perception, physical movement, light, nature, and the experience of space — into a building that is at once a total work of art and a fully functional architectural structure. In the design team, we experimented from early on with how to create an organic building that would respond to the ebb and flow of the tides, to the shimmering surface of the water, changing at different times of the day and of the year. The curving walls of the building transform our perception of it as we move through its spaces. I hope the residents of Vejle will embrace Fjordenhus and identify with it as a new landmark for the harbor and their city.’ 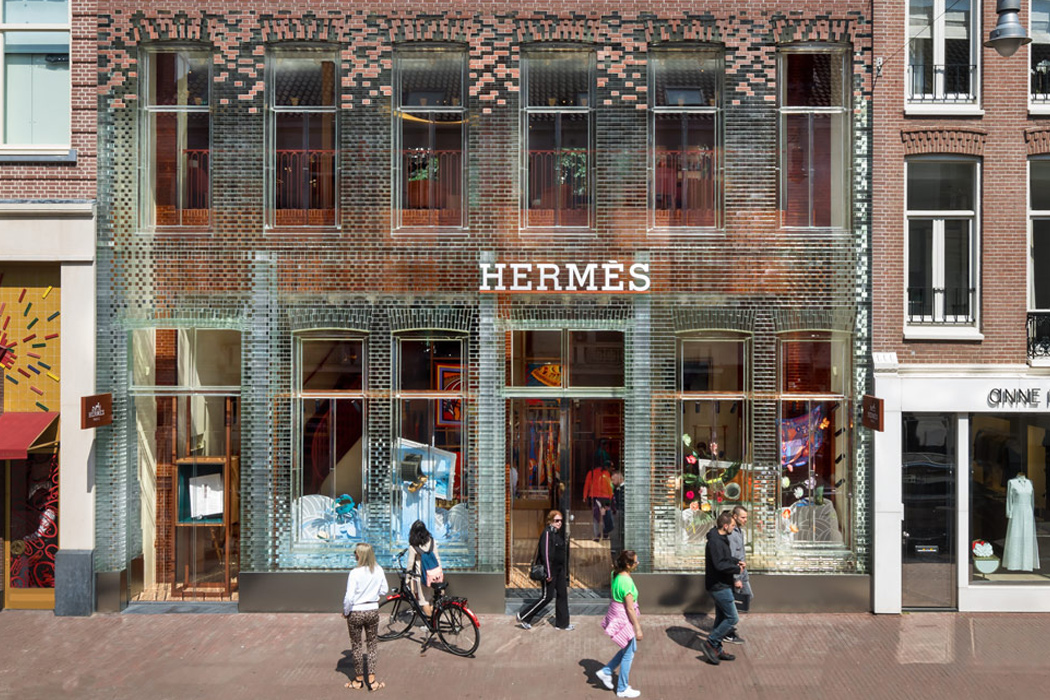 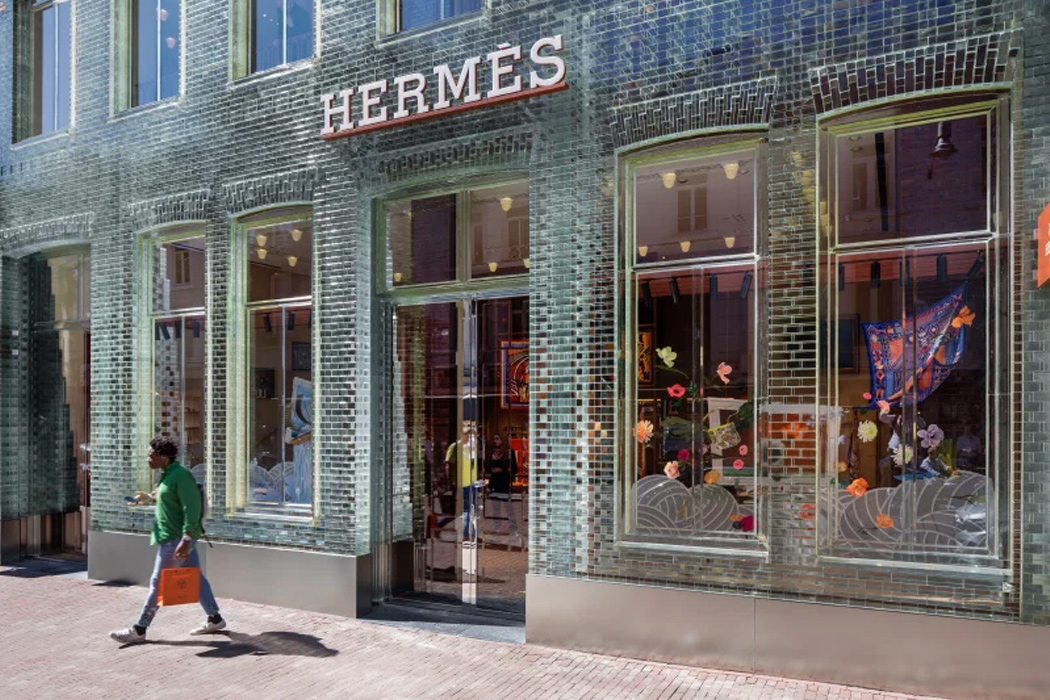 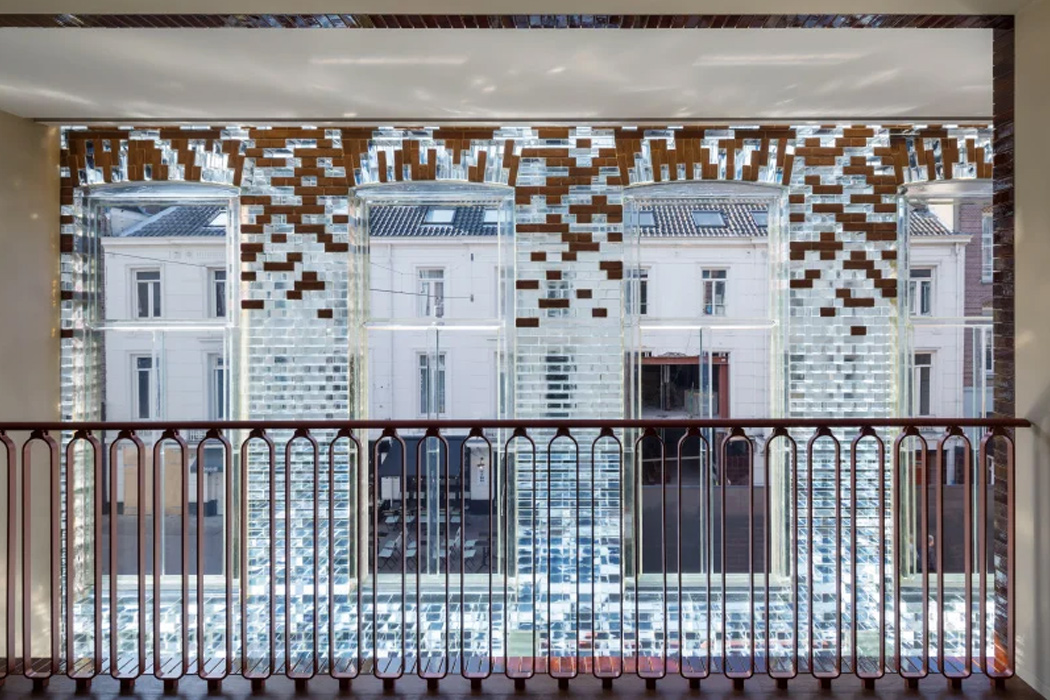 MVRDV continues to awe, astonish, and wow us with this transparent brick store created for Hermès, situated in Amsterdam. Using glass bricks, the studio created the jewel-like sparkling exterior to merge the high-end luxury aesthetics necessary for Hermès with the historical brick facade that has been iconic to the Amsterdam landscape. 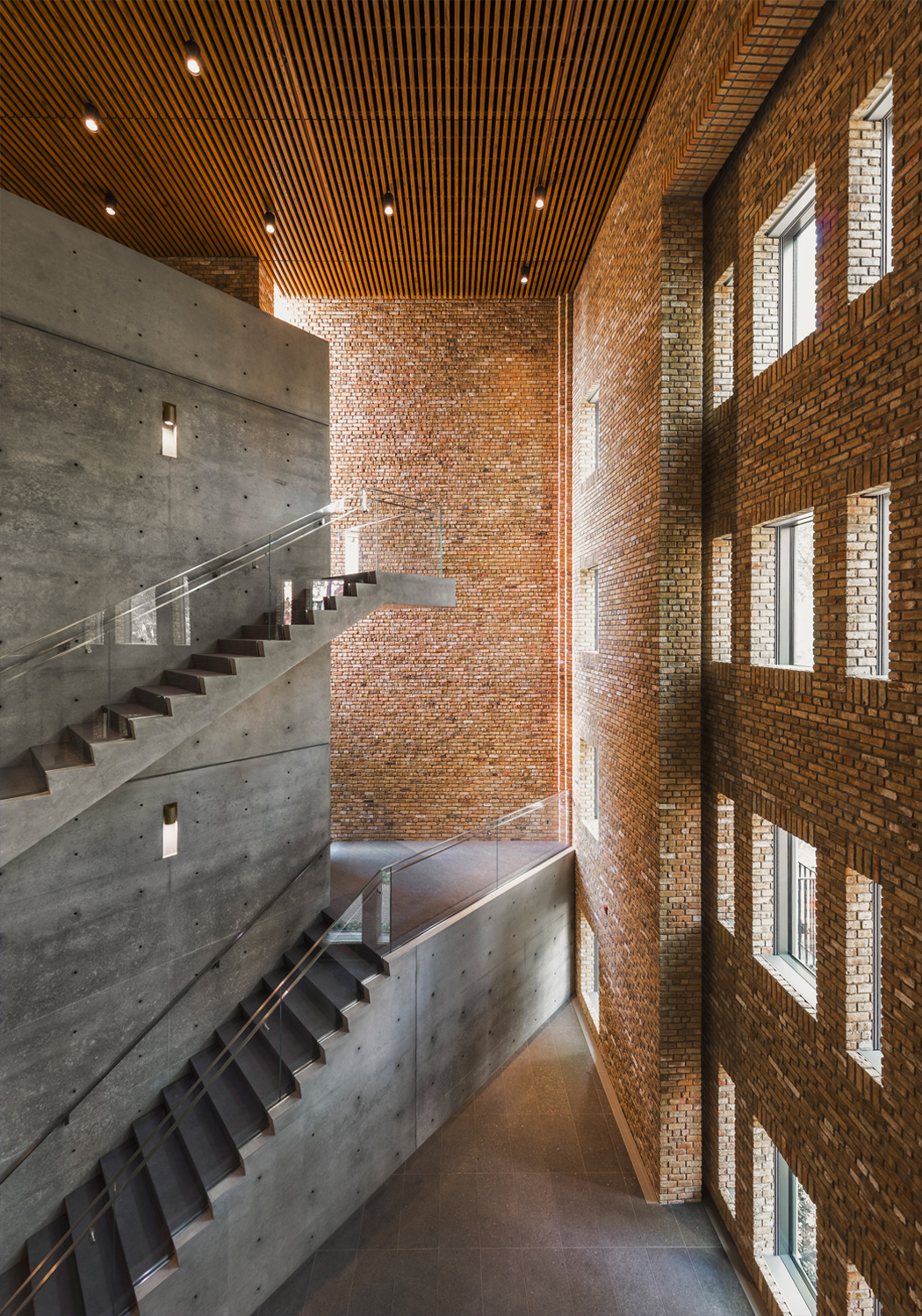 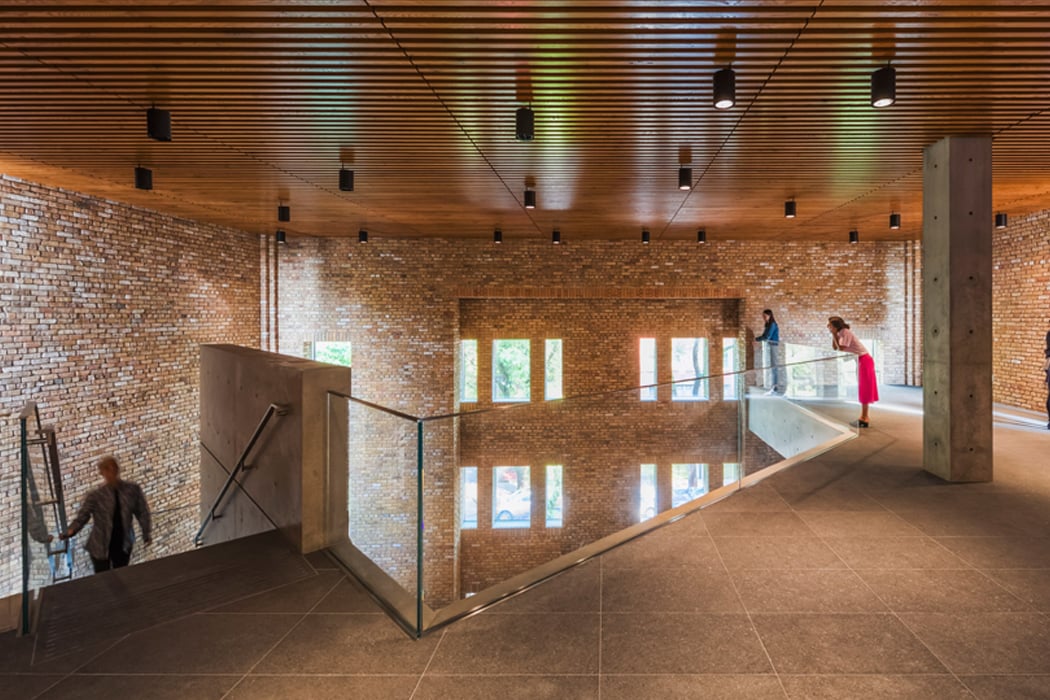 Tadao Ando, a Japanese architect had transformed a Chicago based building into an architecture exhibition center, using raw concrete and glass to create a wealth of contrast along with balancing the feel of old and new. This exhibition center, named Wrightwood 659 is a four-storey structure with a concrete staircase that wraps around one pillar while being highlighted with rectangular windows that provide ample natural lighting. Looking ta this, it looks like Tadao tried to highlight all the essential building blocks to great architecture – brick, concrete, glass – which is fitting for an architectural exhibit. 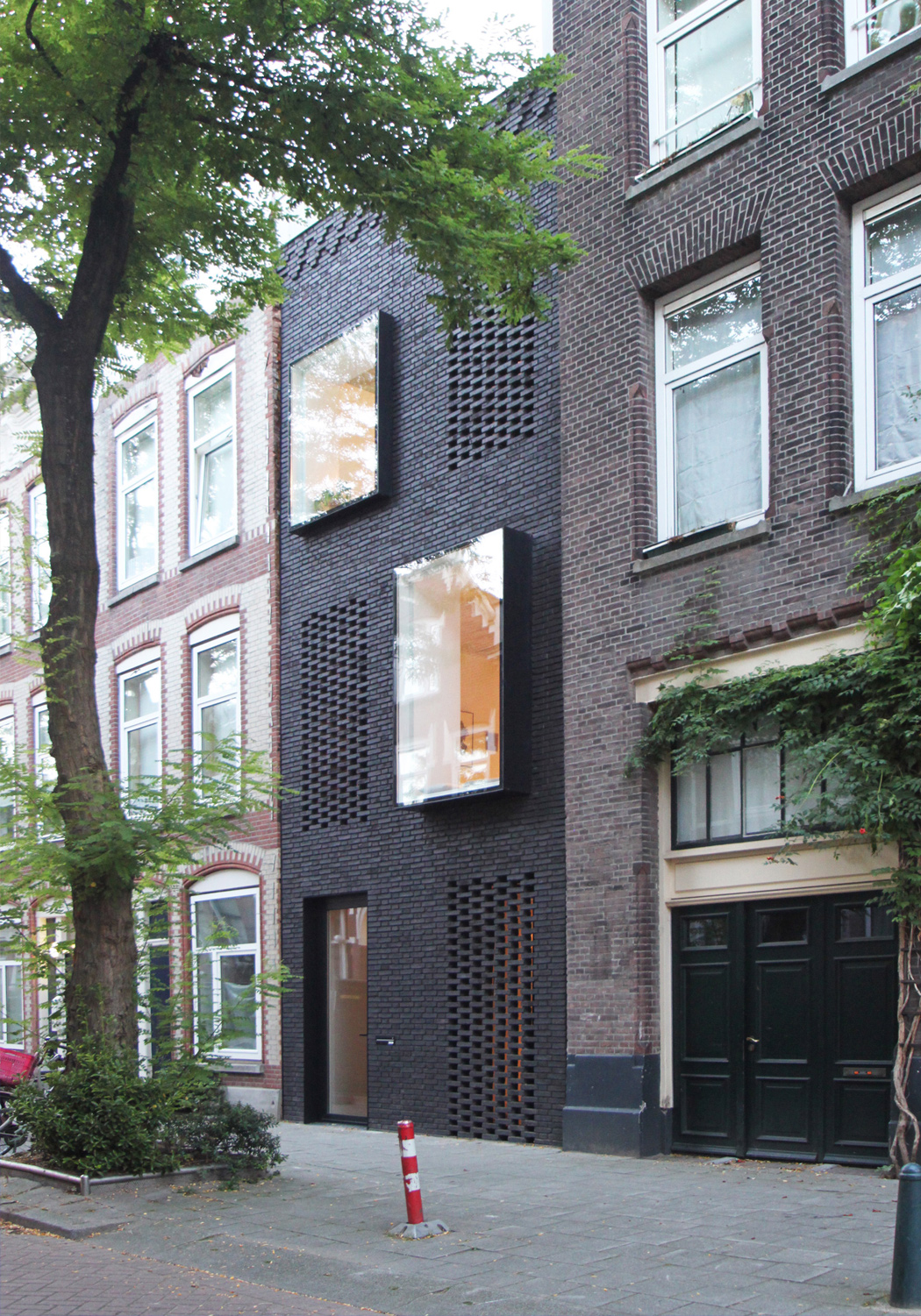 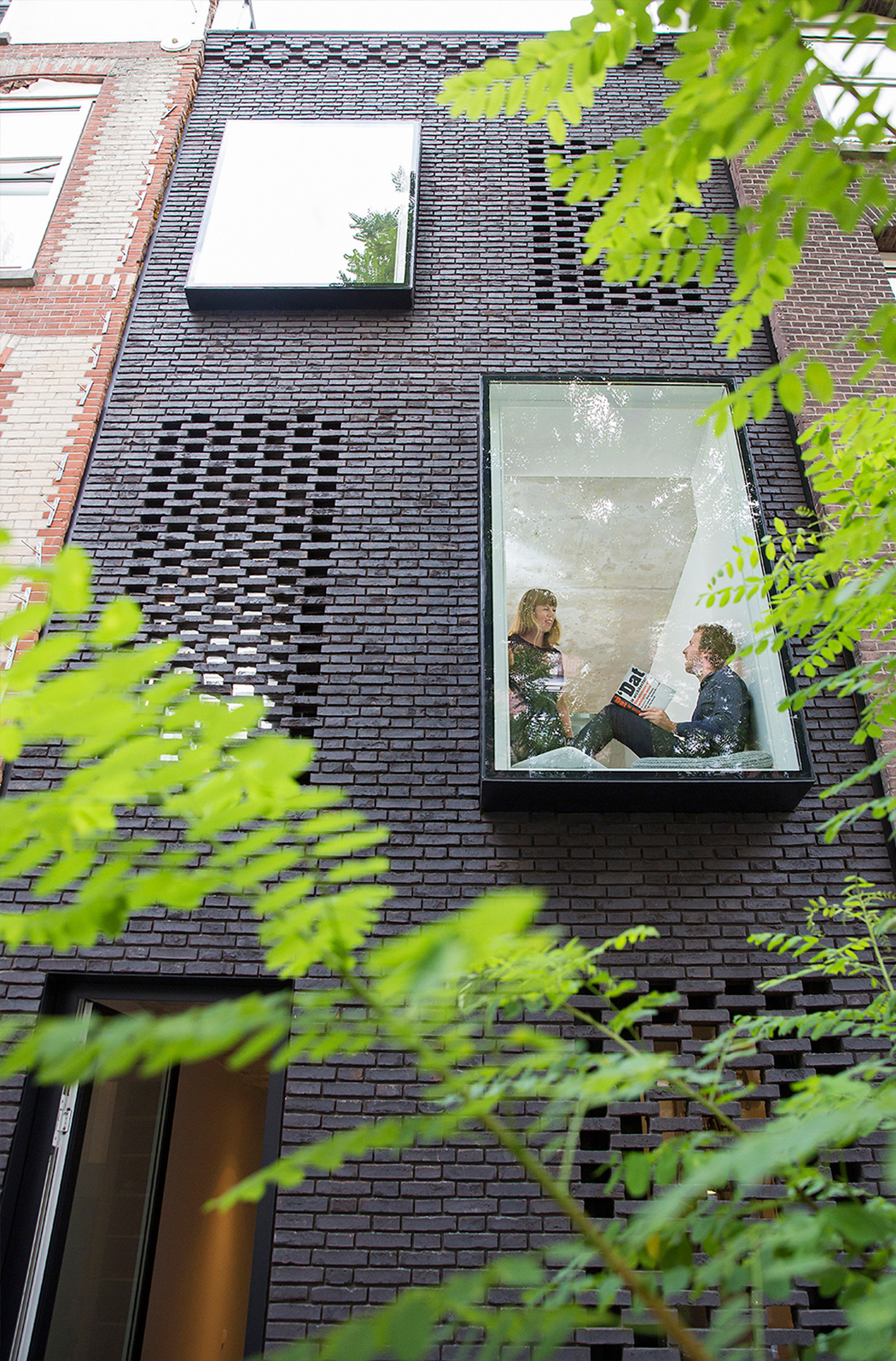 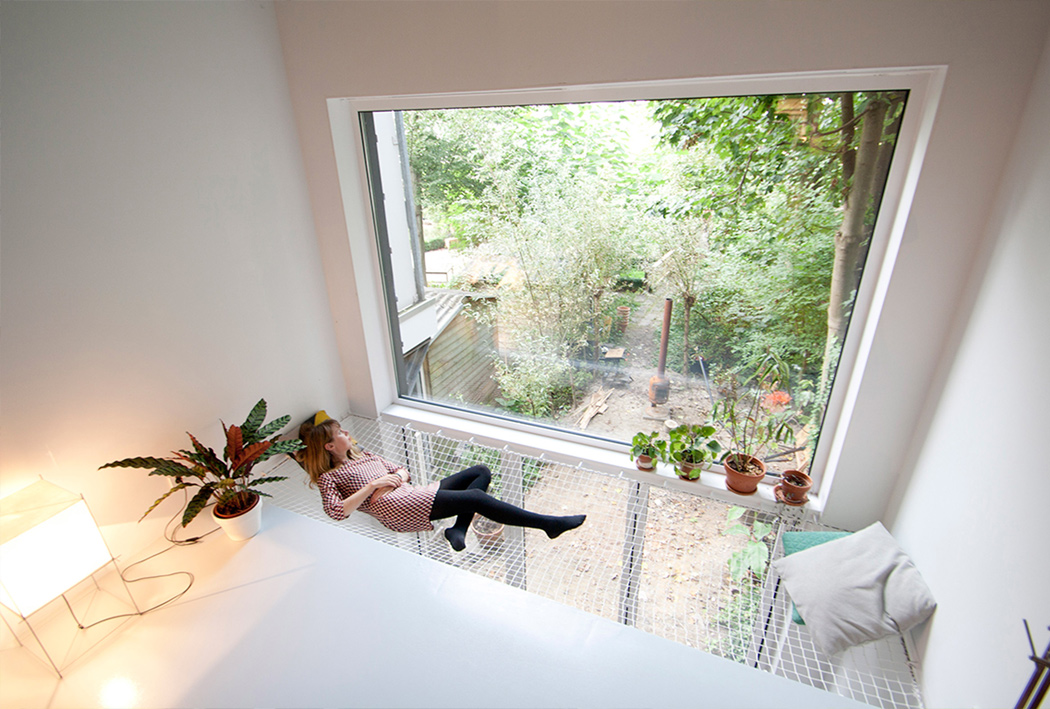 It’s always interesting when architects design and create their own homes. It is a chance for them to unleash their creativity as they see fit, build that dream design they always wanted to build and that is exactly what Dutch architects Gwendolyn Huisman and Marijn Boterman did when creating this skinny black brick building that is their home. The house, while looking opulent in black bricks from outside houses hidden windows and a huge indoor hammock to add fun to the place! 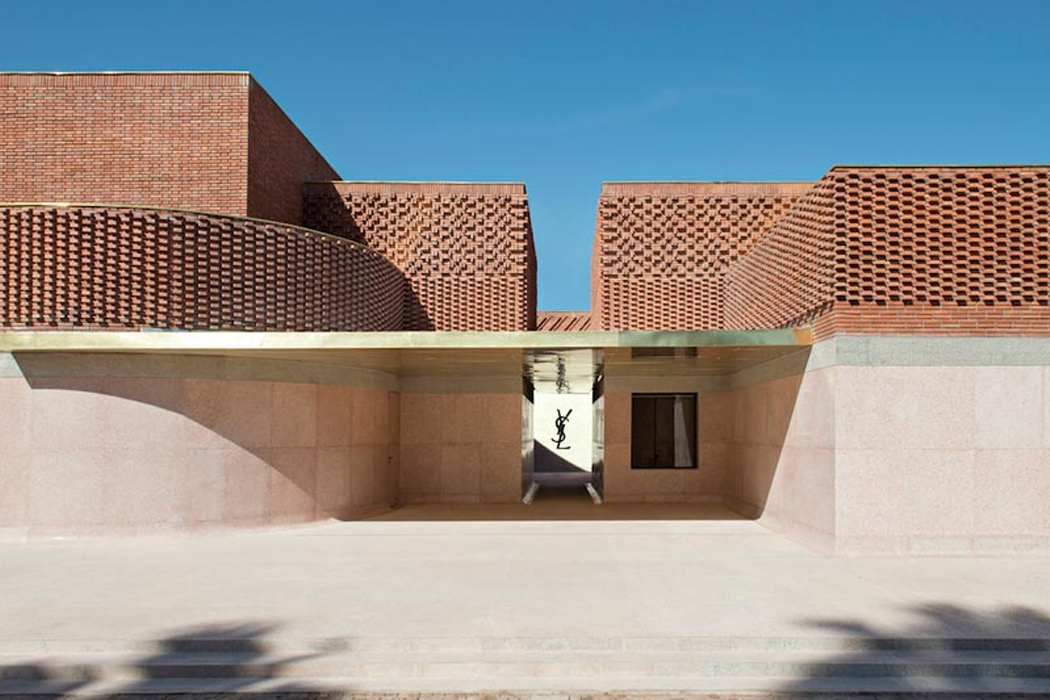 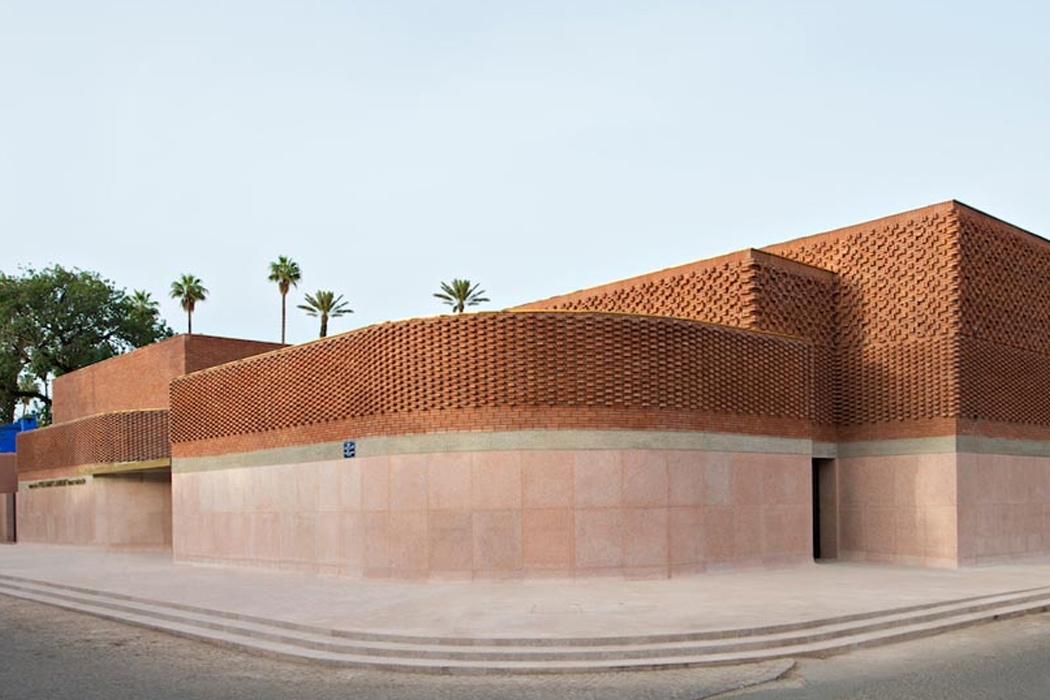 The Musée Yves Saint Laurent Marrakech (mYSLm) stands tall with a two-toned brick facade that pays homage to the natural environment found in Marrakesh. The museum houses important selection from the fondation Pierre bergé – Yves Saint Laurent’s impressive collection, which includes 5,000 items of clothing, 15,000 haute couture accessories, along with tens of thousands of sketches and assorted objects. Designed by the French Studio KO, the building is made up of cubic forms, that come to form a pattern that resembles interwoven threads. 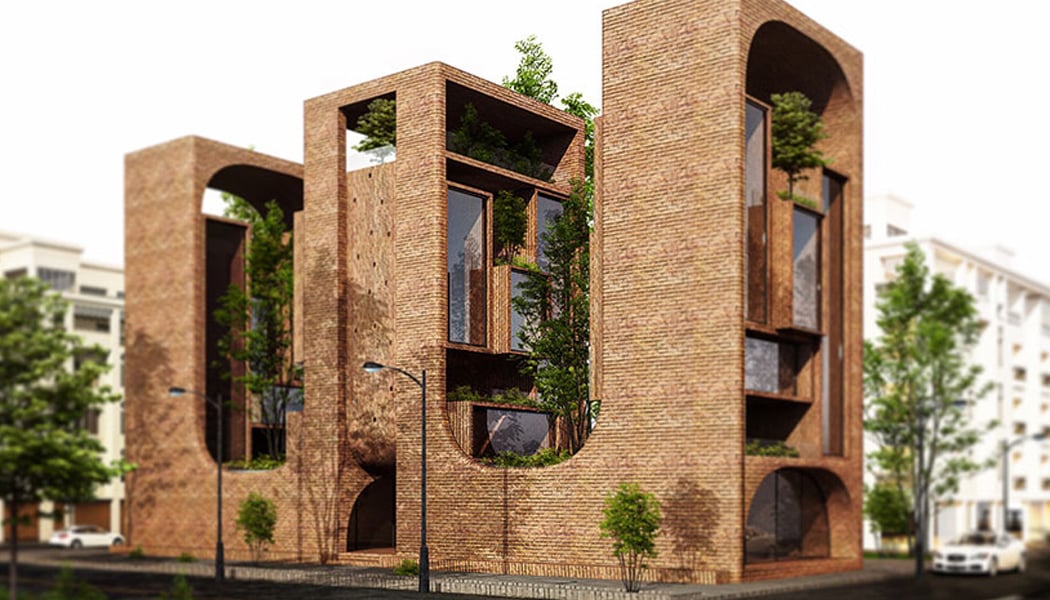 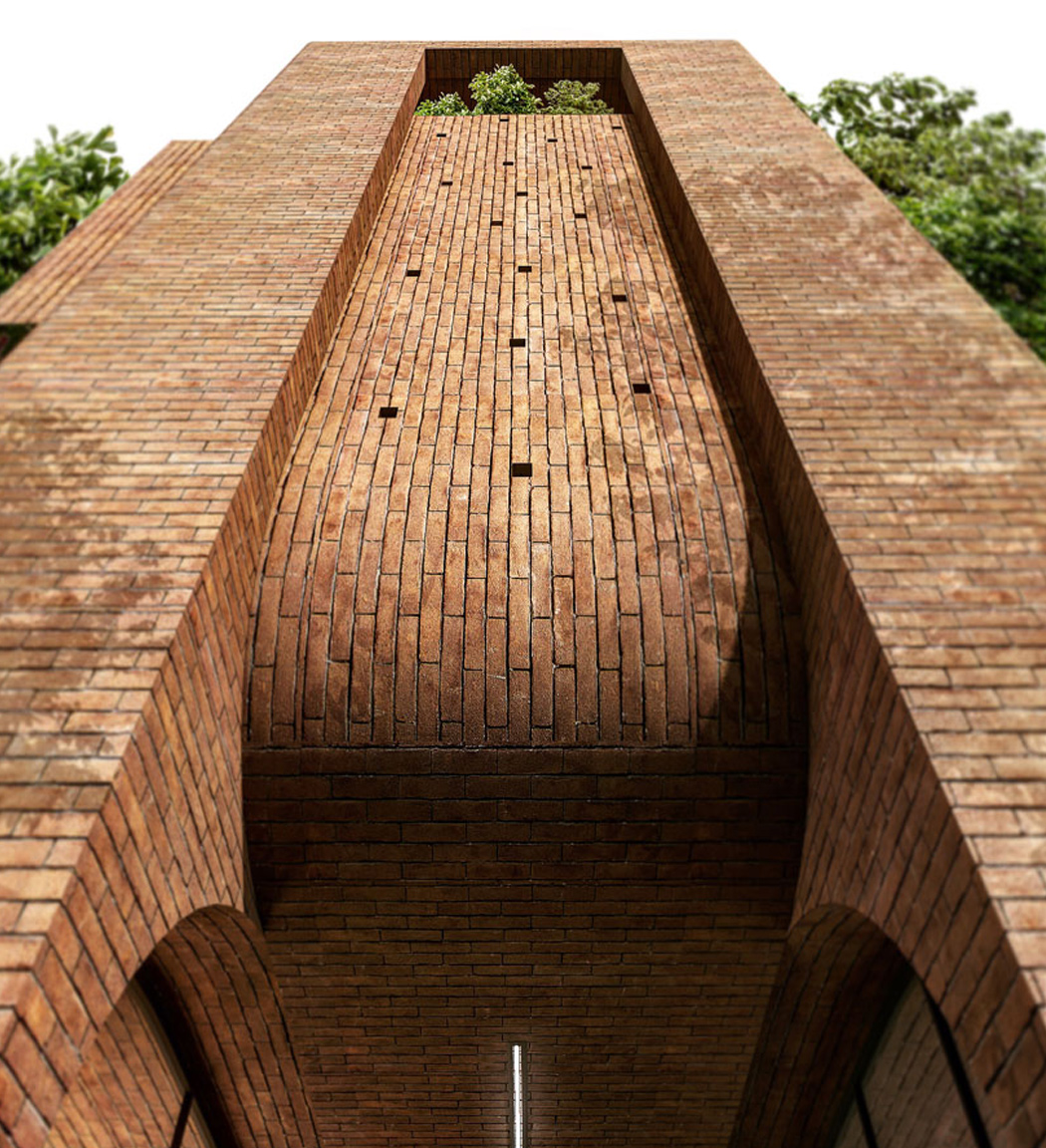 With sweeping arches made of brick and an abundance of natural lighting, this residential complex by Muhamad Samiei is the perfect example of how modern architecture can adopt brick surfaces. In an attempt at changing the traditional tower design, this design uses the flow of the structure to create separate spaces within the enclosure, resulting in a harmonious balance of space-saving and utilizing space whereas the use of bricks pays homage to the past while looking futuristic in the same design. 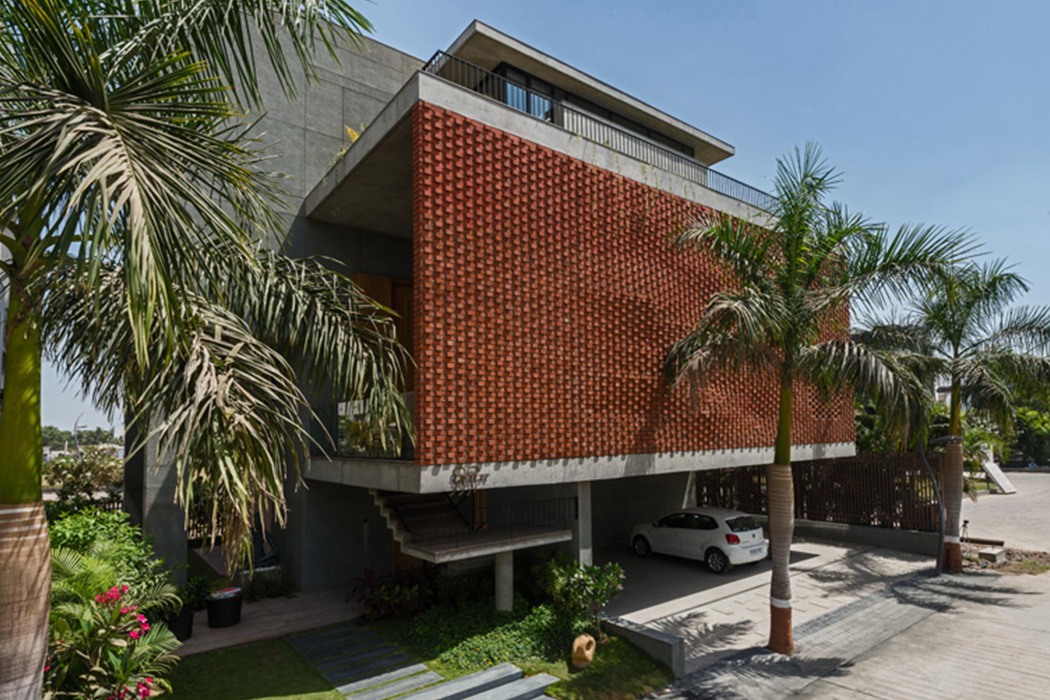 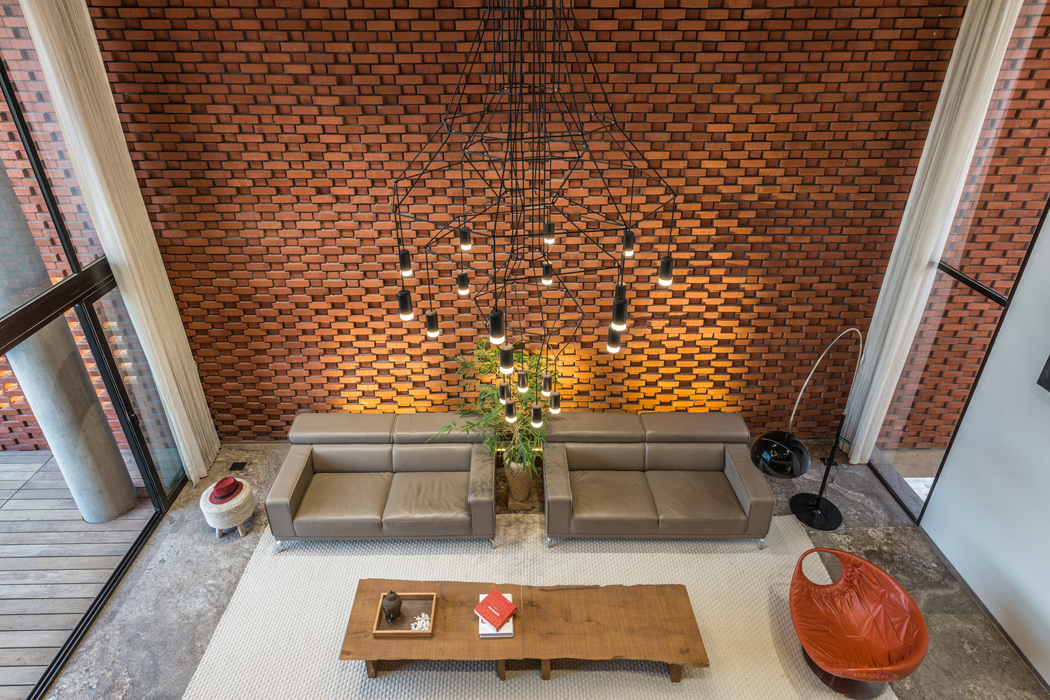 India is known for its vibrant colors and it is those colors that the Surat-based studio Design Work Group has brought to life in this rippling brick facade. The Location of the building, being on a crossroads inspired the architects to have some fun with it, by using two different materials – concrete and brick to create a unique look on each road-facing side of the structure. 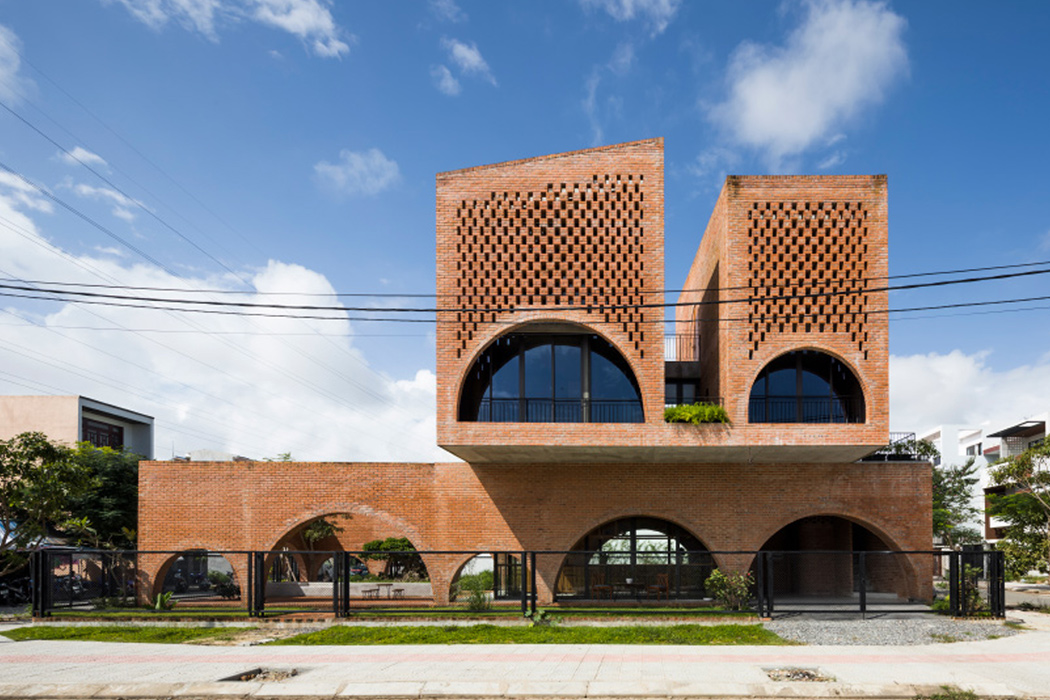 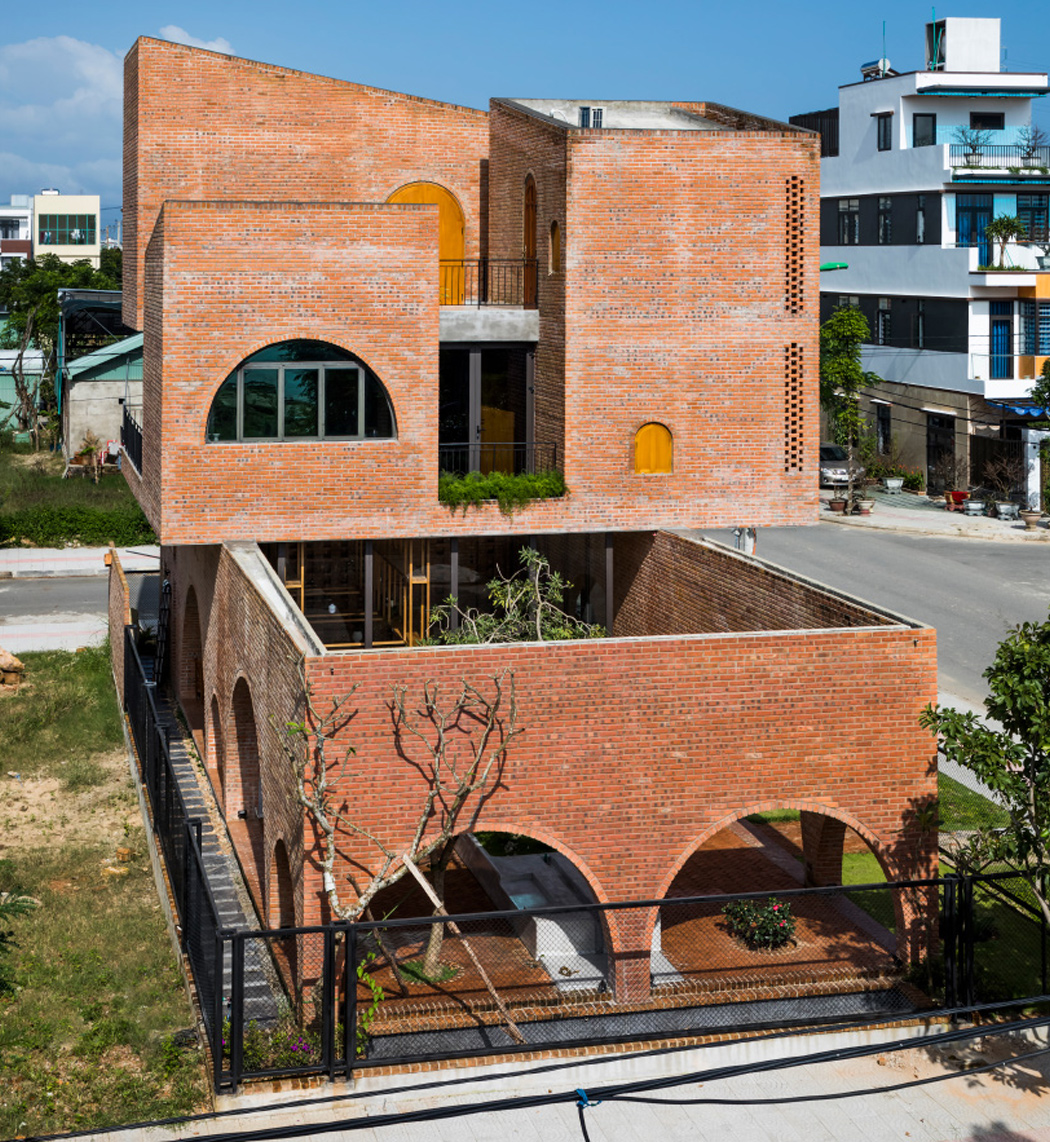 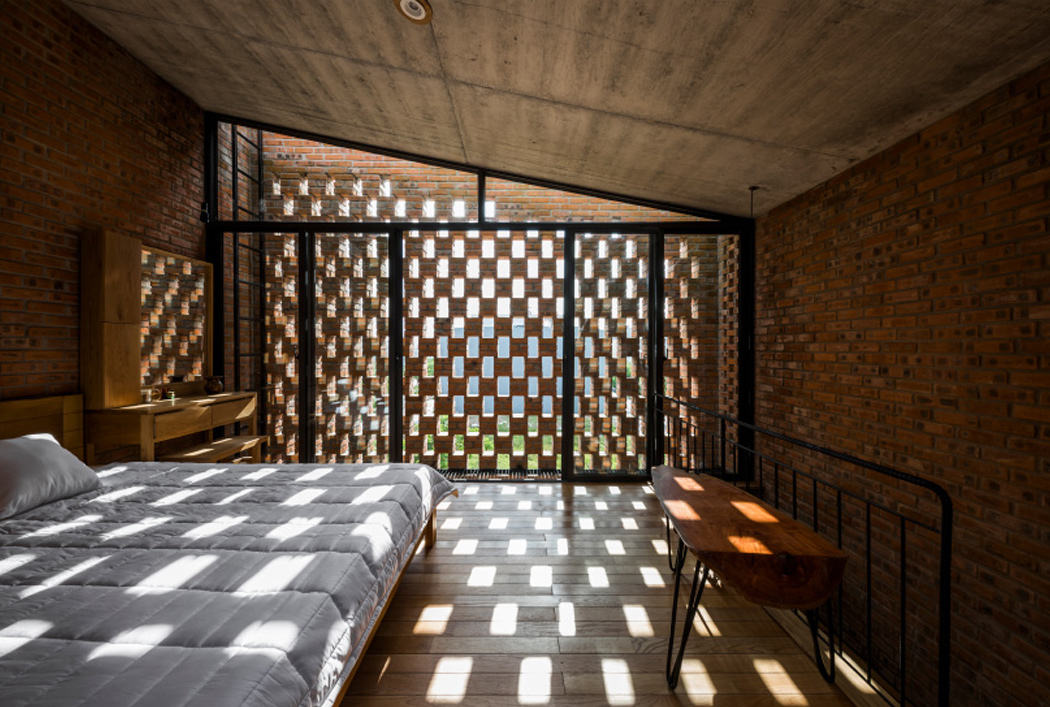 When a building is named ‘Cuckoo House’, you know you are in for a fun treat! This unusually shaped residence is by the architectural firm Tropical Space in Vietnam and sits above a coffee shop. The entrance to this home starts with an elevated terrace with more smaller terraces created to add ventilation and natural light inside the home. Given the local climate, the house is designed to make complete use of the indoors as well as the outdoors on warm balmy days. 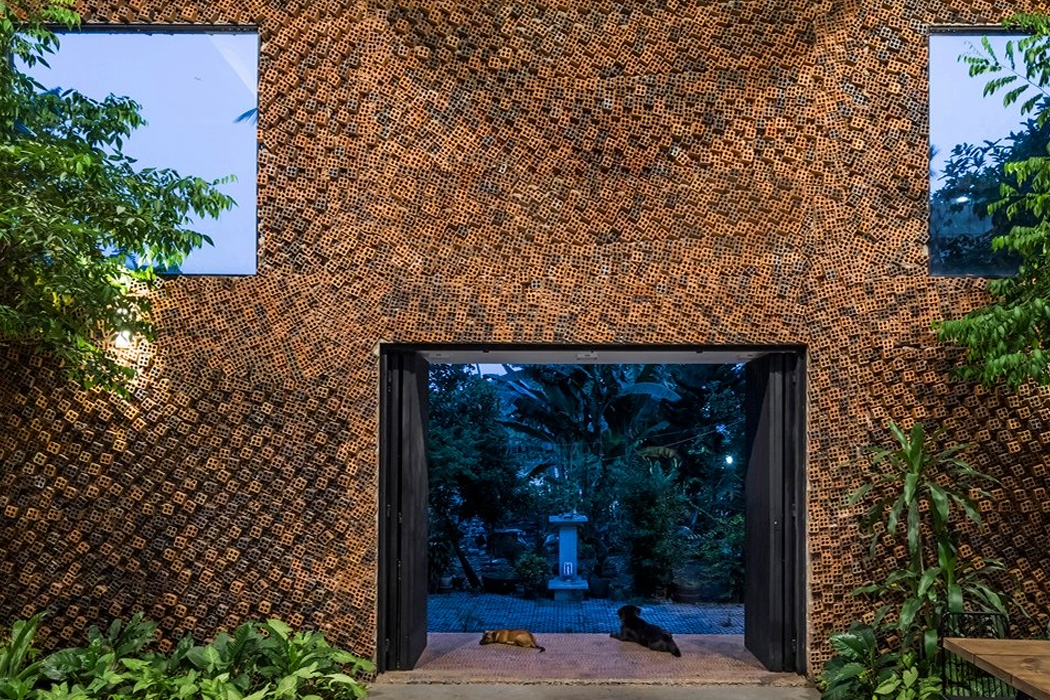 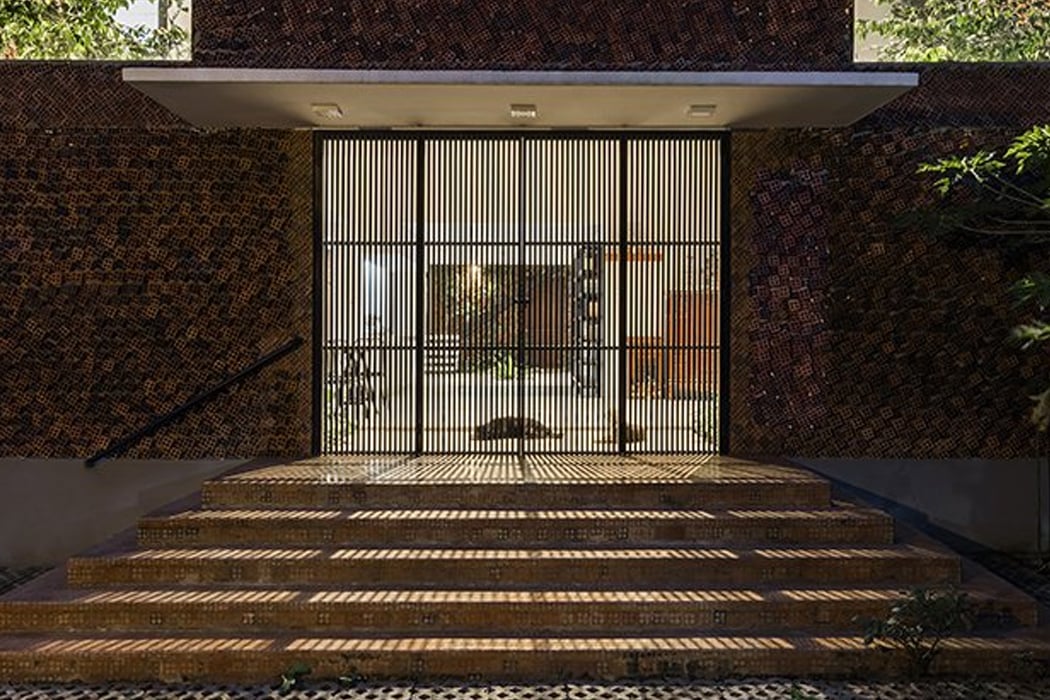 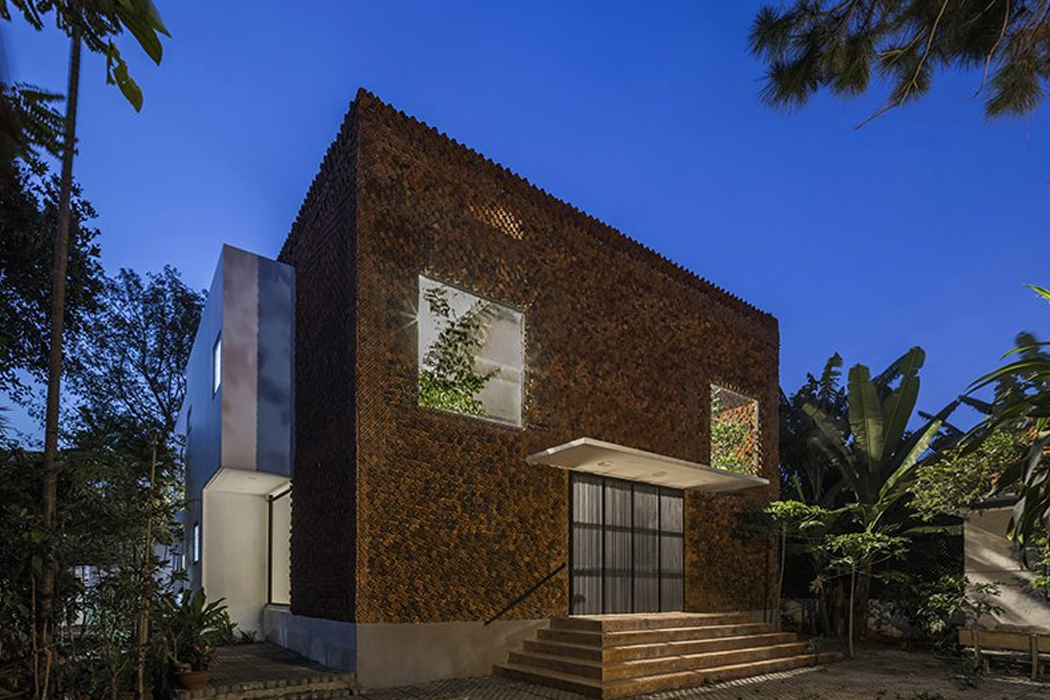 CTA | creative architects have designed the Wall House in Vietnam, named for the use of unique breathing walls designed by the STudio for this house. After realizing that indoor air pollution was a major health hazard in Vietnam, the team decided to build a protective layer of hollow bricks around the house to facilitate the growth of greenery in the walls with ease. This technique creates an all-natural purification system that works on its own! 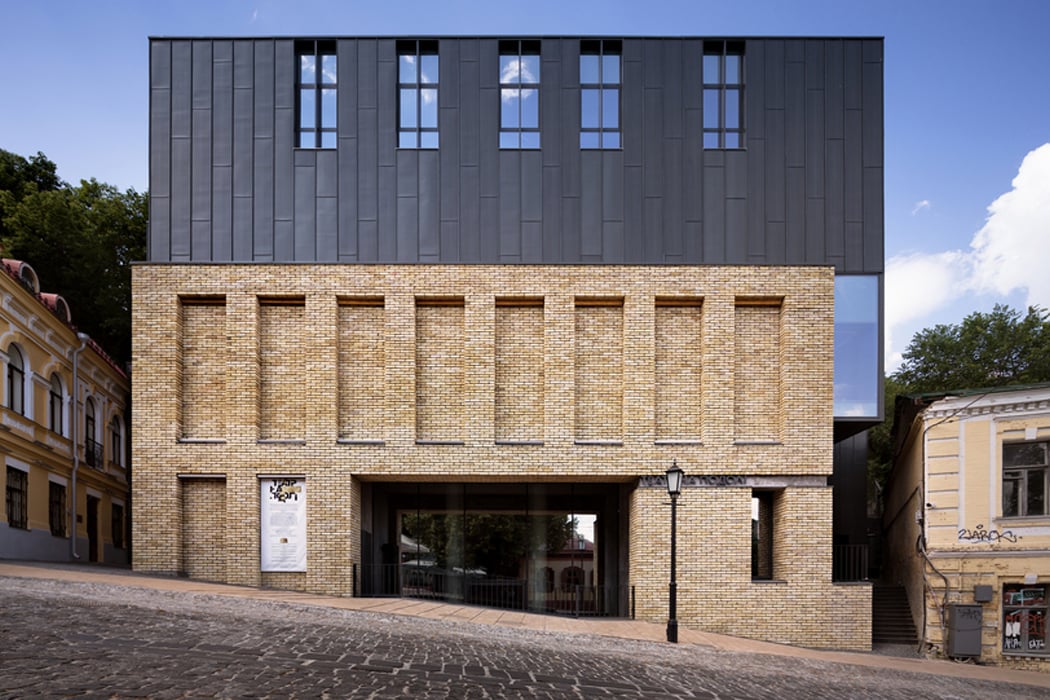 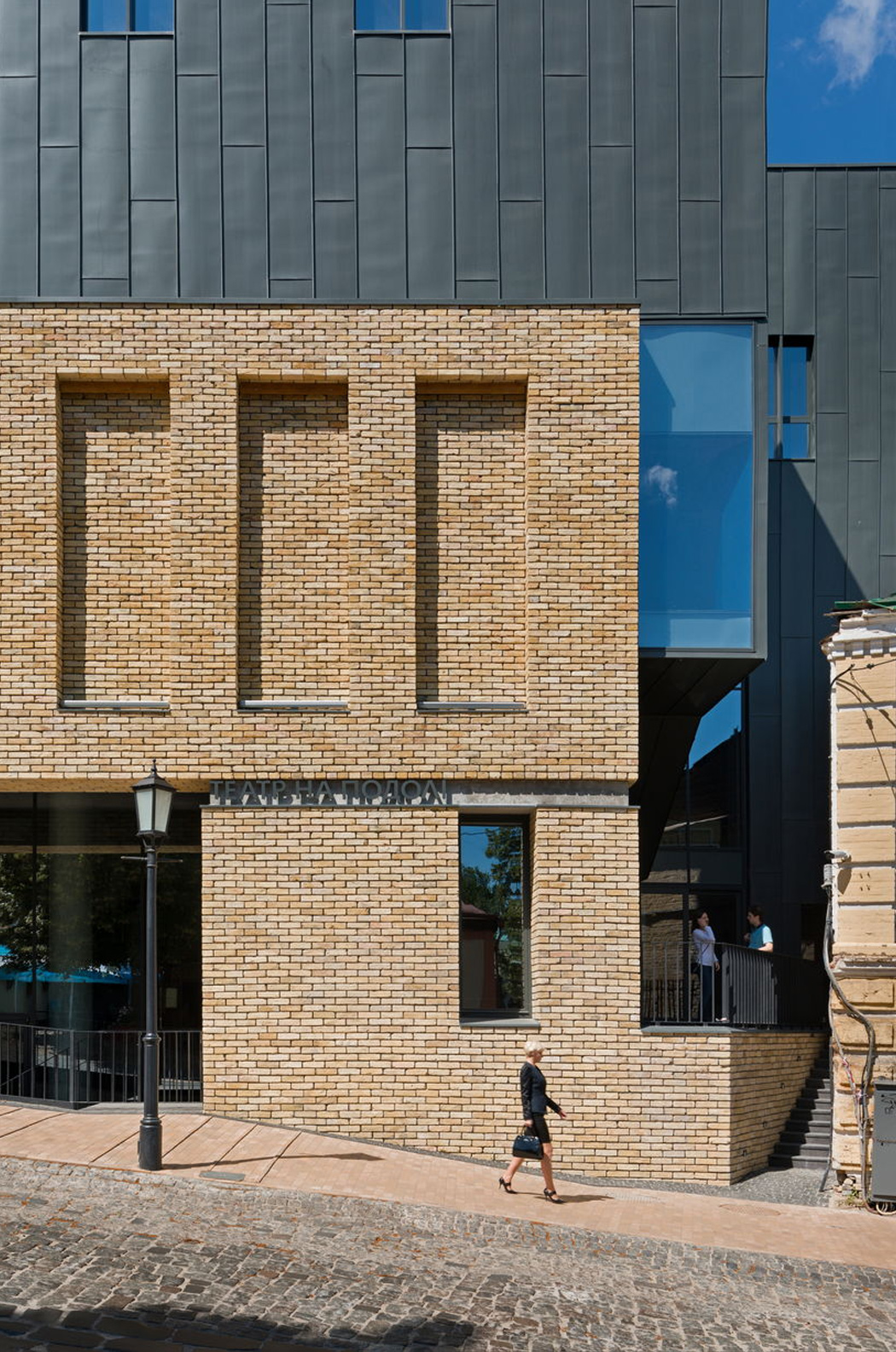 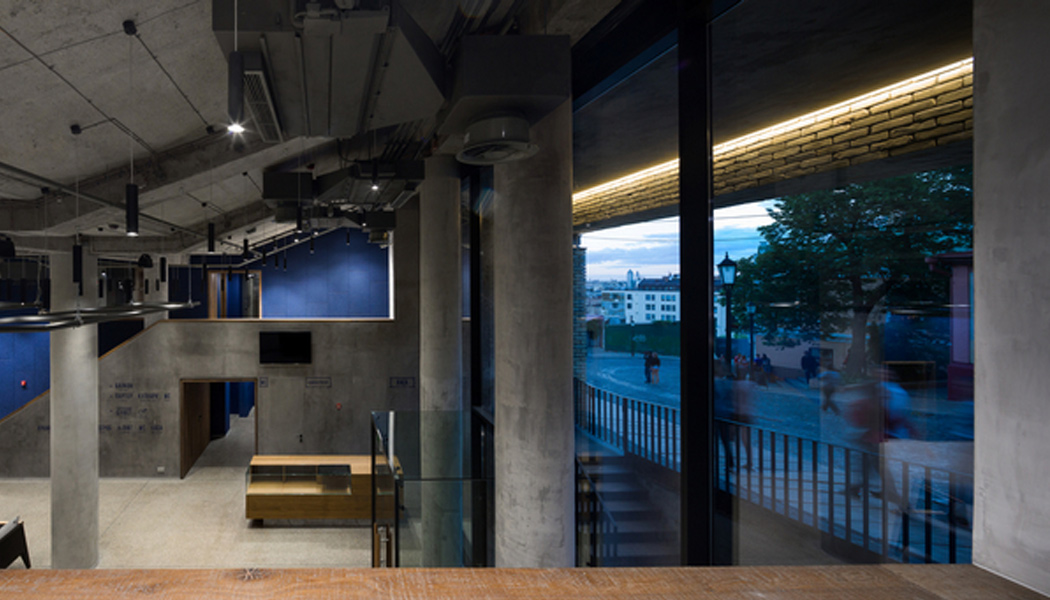 A drama theater built with some more drama, that is what Drozdov & Partners have created when they redesigned the ‘Teatr na Podoli’, a drama theater in Ukraine. What is the drama you ask? Its the use of recycled bricks made up of titanium and zinc that clad the higher levels of this theater, balancing the old school aesthetics with the beige brick-work in contrast to the modern metallic bricks that highlight the top.

Think concrete is the better choice of materials rather than brick? Check these concrete-based designs that show why concrete may be the futuristic material of choice!

The River Flowing System doesn’t give you the chance of wondering if you have it set to flow or tap. The design is such that…

The Control Safety Traffic Light Concept features an LED display that gradually changes the colors from Red to Green, with the Amber (or Yellow) fading…

How to re-design the PlayStation…

While the PlayStation stands at the forefront of every gamer’s childhood, as a designer, I feel the evolution seems a little haphazard. For starters, the…

There’s something about Japanese-inspired architecture that instantly soothes your soul, and envelops you in a warm and fuzzy feeling. Maybe it’s the unique minimalism, the…