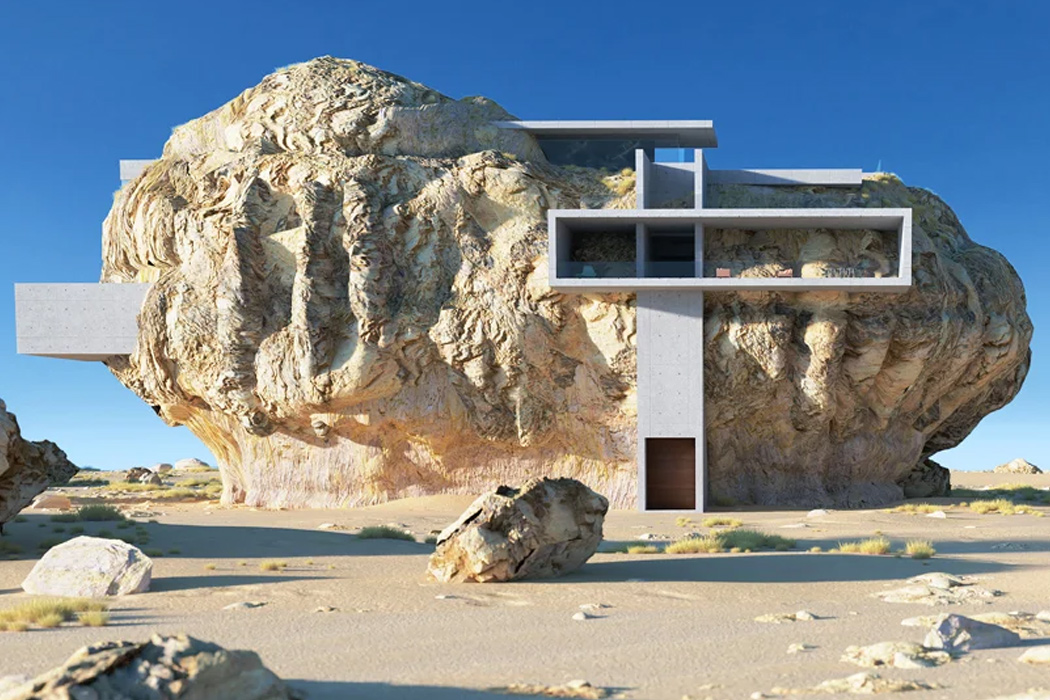 Concrete has long been identified as the more brutal and raw architectural style. Almost giving things an unfinished look, concrete designs now have their own brutalist movement. Concrete designs, with their raw facade, create a jarring yet beautiful contrast to the modern landscape scenario dominated by glass skyscrapers but have traditionally been very bold in their style. That is until we came across these architectural designs. Reinventing concrete for the modern world, each of the designs here has incorporated concrete in a modern, almost futuristic design, showcasing why this would be the perfect material to bring in modern architecture! 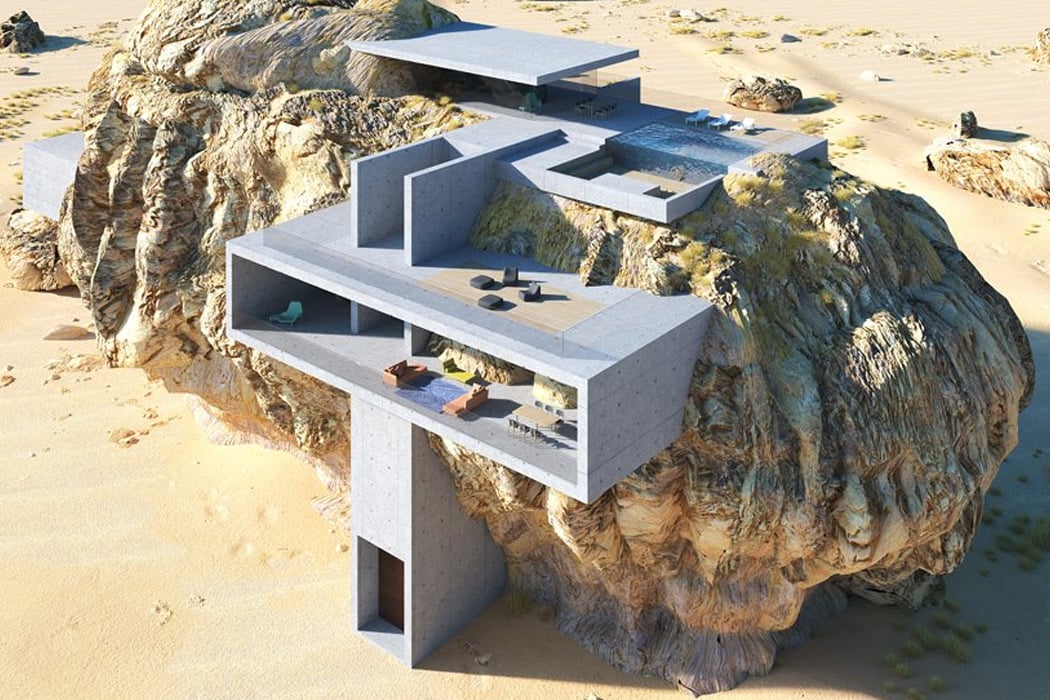 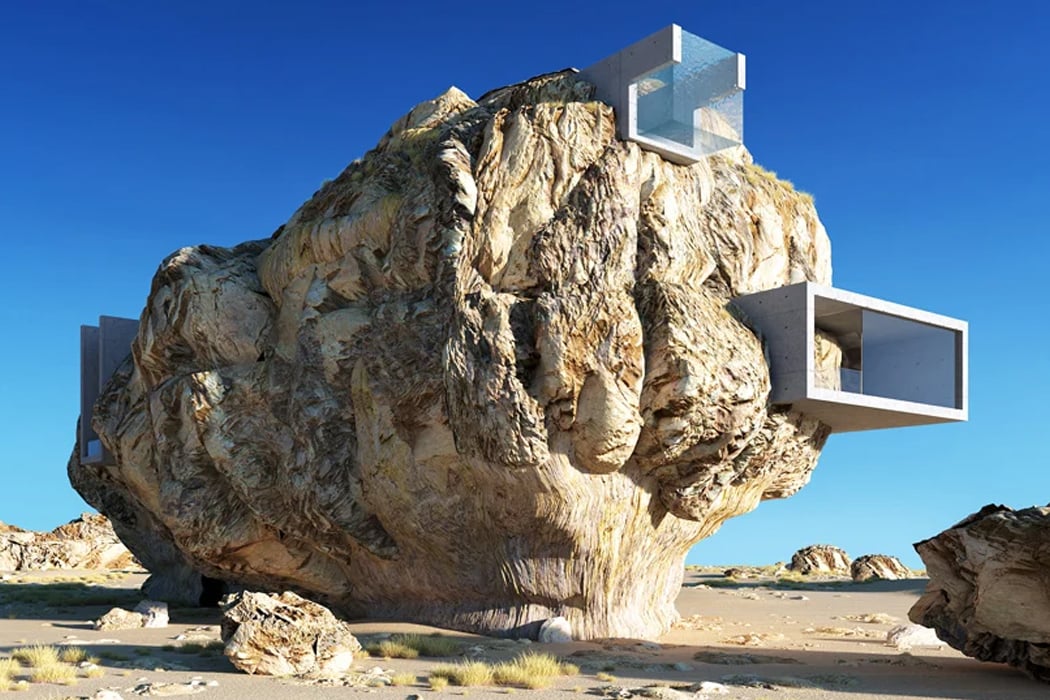 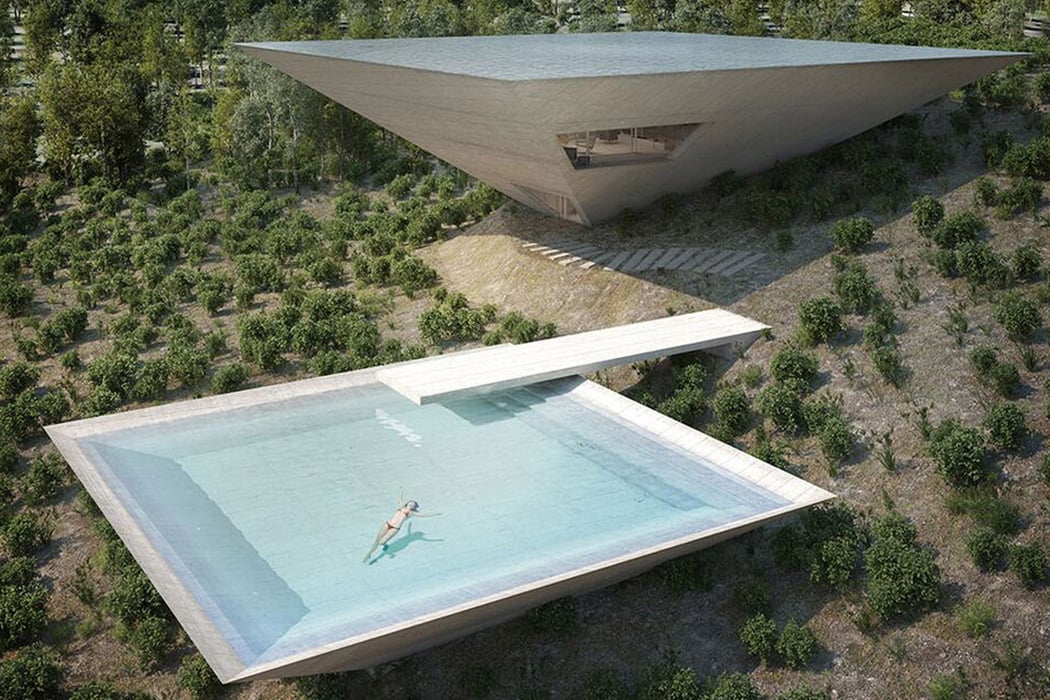 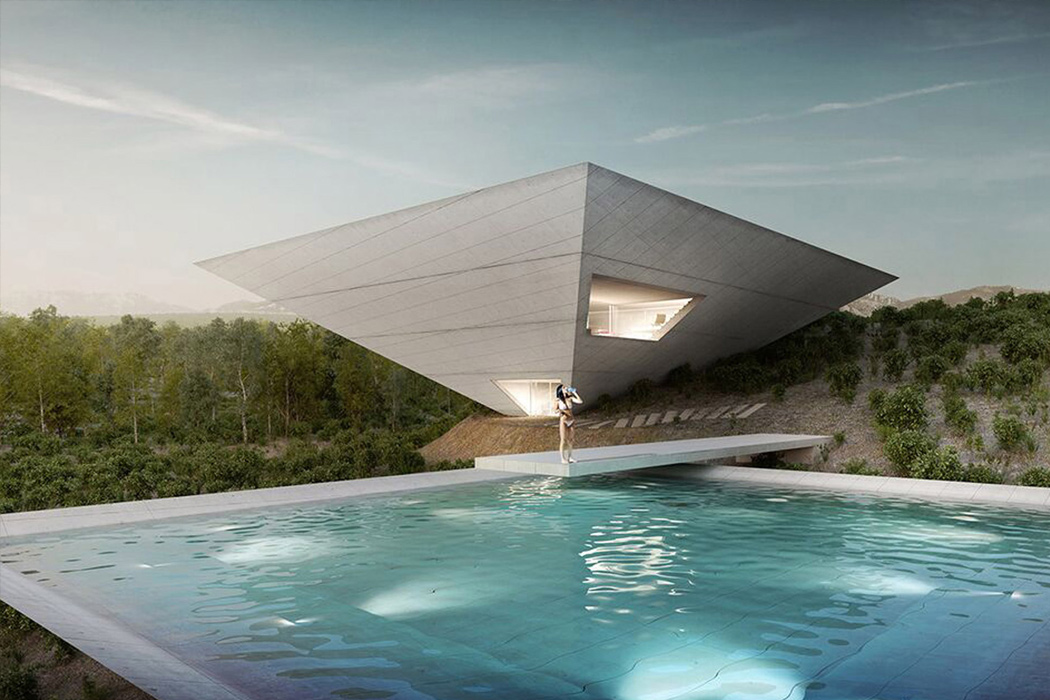 Takei Nabeshima Architects uses concrete as its material of choice for this rendering of an extremely luxurious and futuristic holiday home. A part of the series titled ‘Solo Houses‘, the Tokyo-based practice, led by Makoto Takei and Chie Nabeshima, is one of the 15 firms commissioned by Bourdais to create an ultimate holiday home, which will eventually be built in Spain’s mountainous Matarraña region as part of his Solo Houses project. 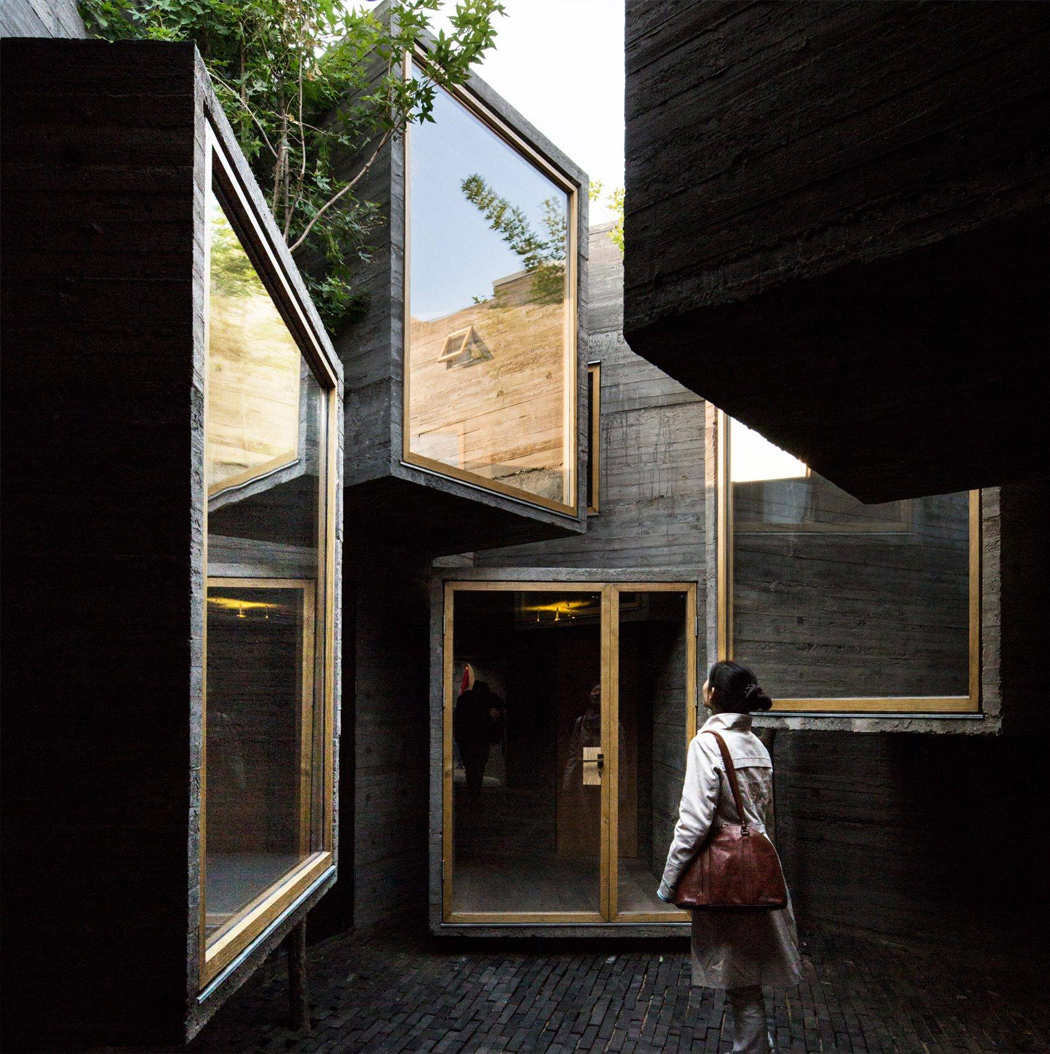 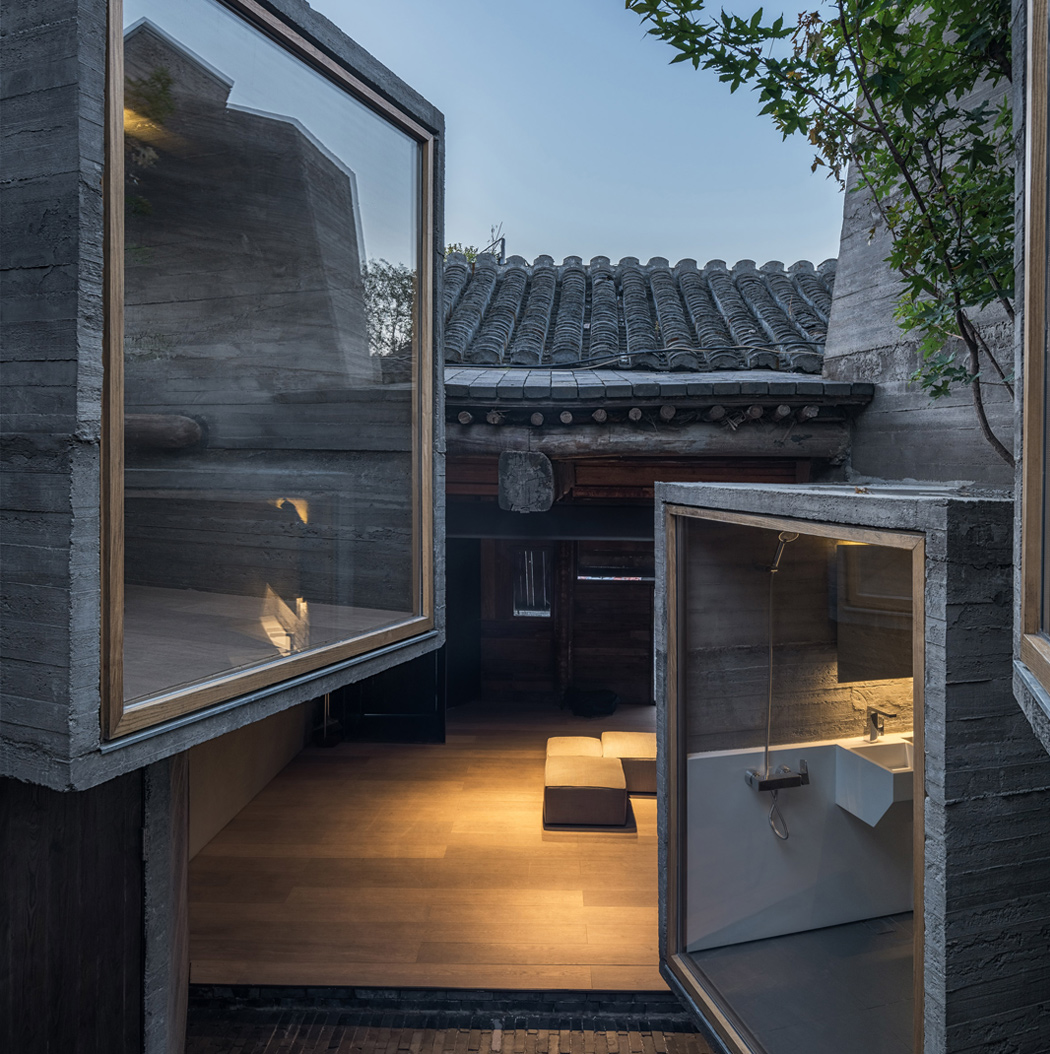 You can’t deny the charm that is ever-present in an old site. Chinese architect Zhang Ke came across such a site and converted it into a slotted hostel, featuring tiny rooms while maintaining the sanctity of the space. The aim of this project is to highlight the potential in these traditional courtyard neighborhoods that are gradually being demolished by modern architecture. “The goal of this project – a 30 square meter hostel – is to search for possibilities of creating ultra-small scale social housing within the limitations of super-tight traditional hutong of Beijing” they explained. 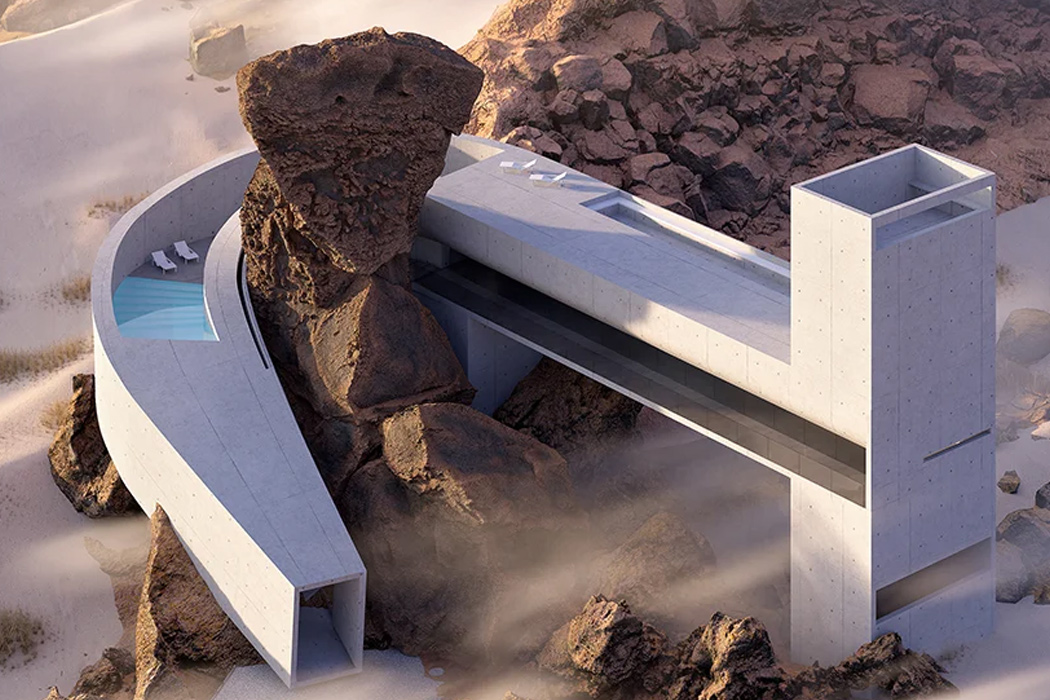 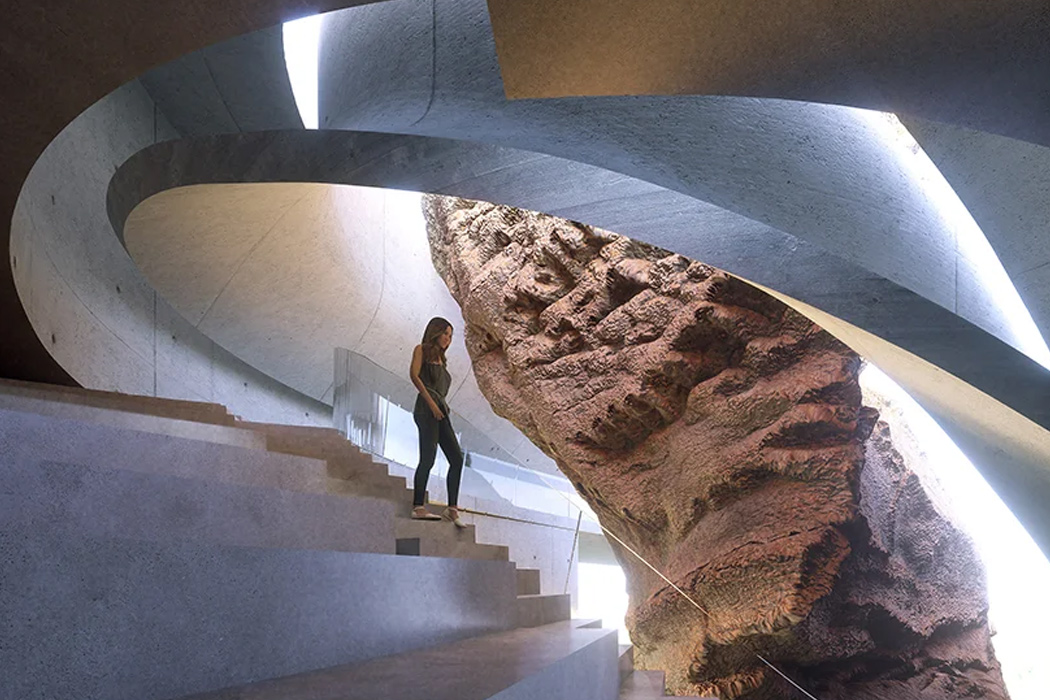 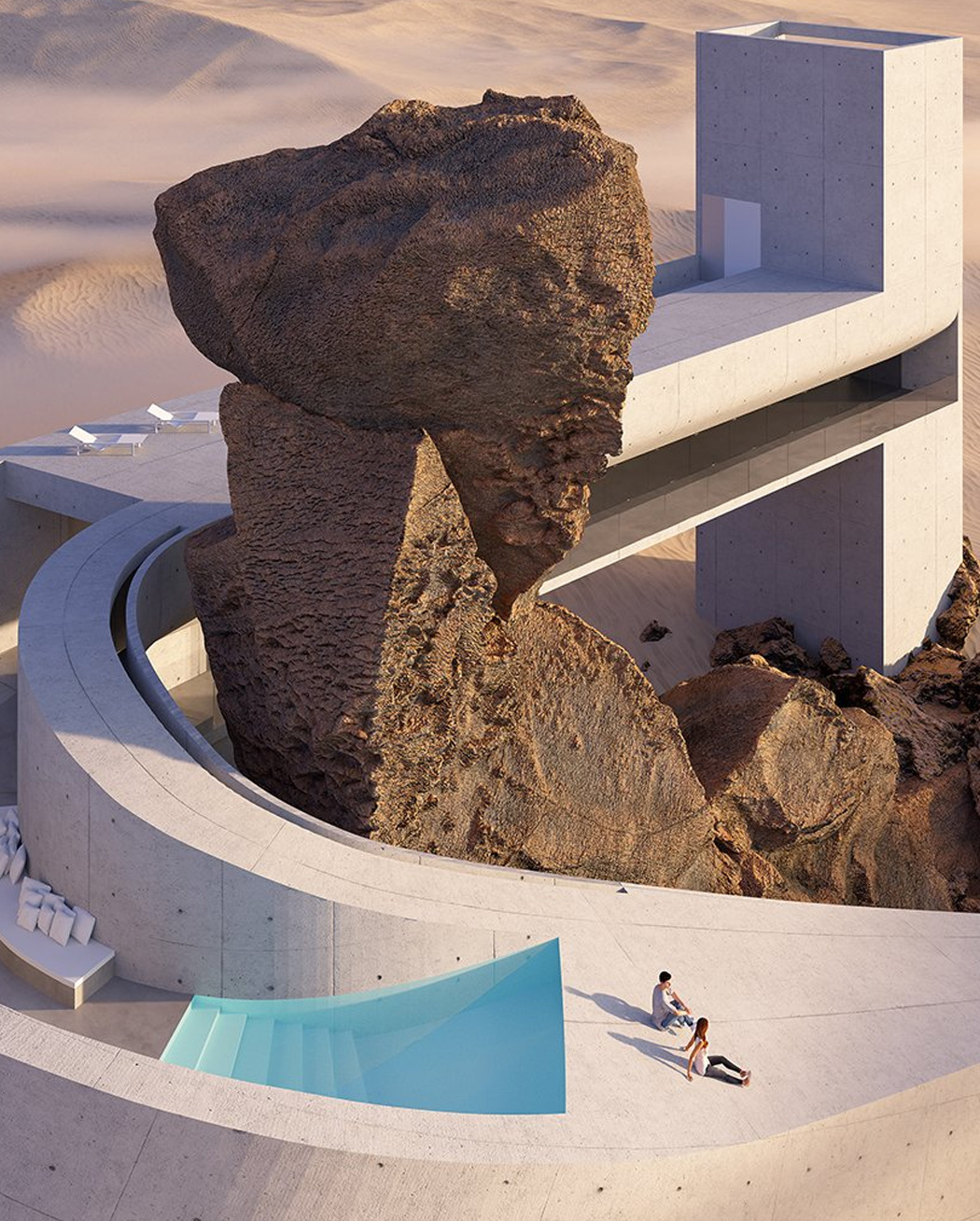 Another exceptional design by architect Amey Kandalgaonkar, this design titles ‘House in the desert’ imagines a shaped carved out by the strong winds that relentlessly blow across the desert landscape. The design wraps around a natural rock formation, almost preserving the texture of the original formation. Almost embracing the rock, the design plays with the juxtaposition of the old against the new and how we see a future where they both could coexist in peace. 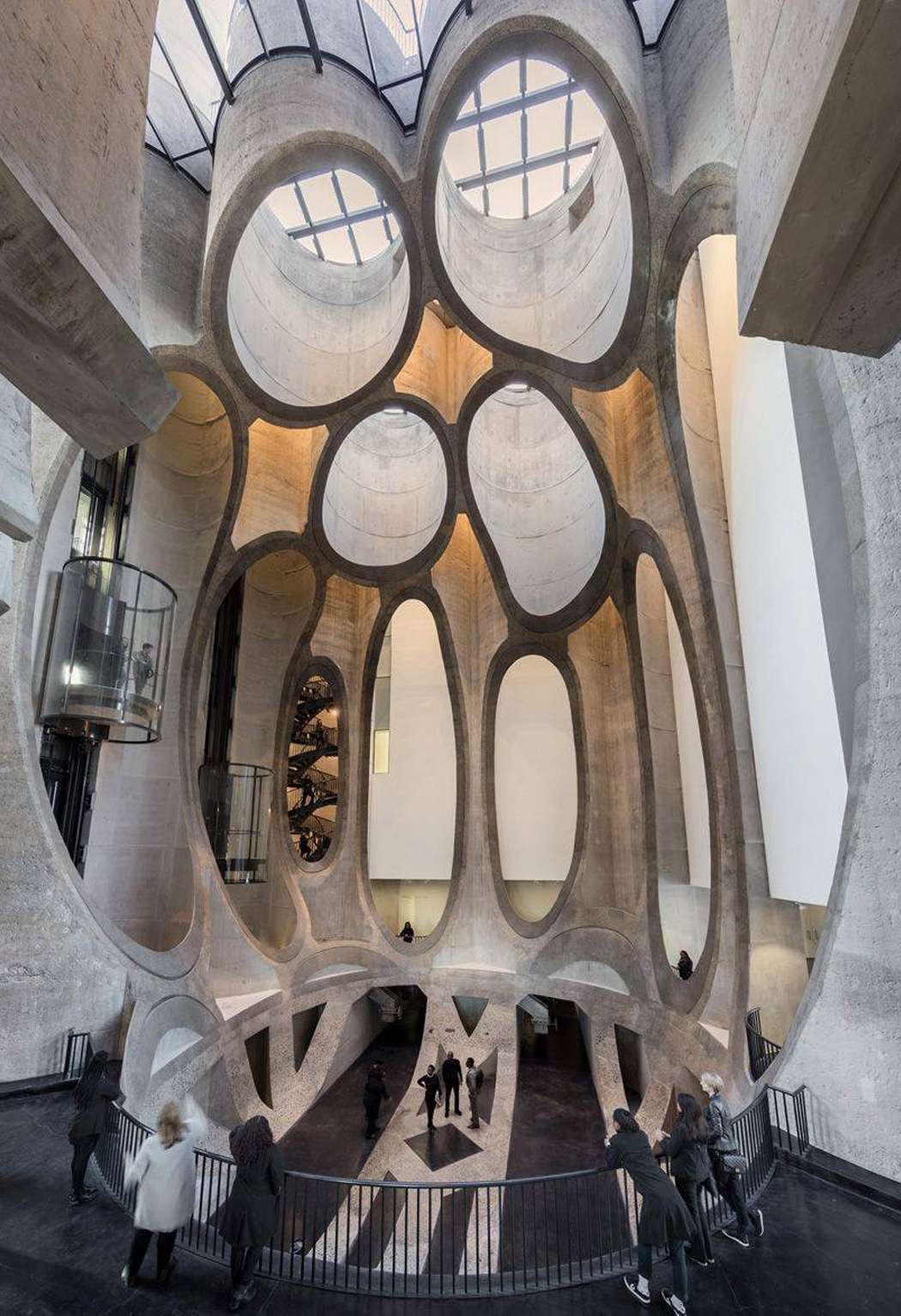 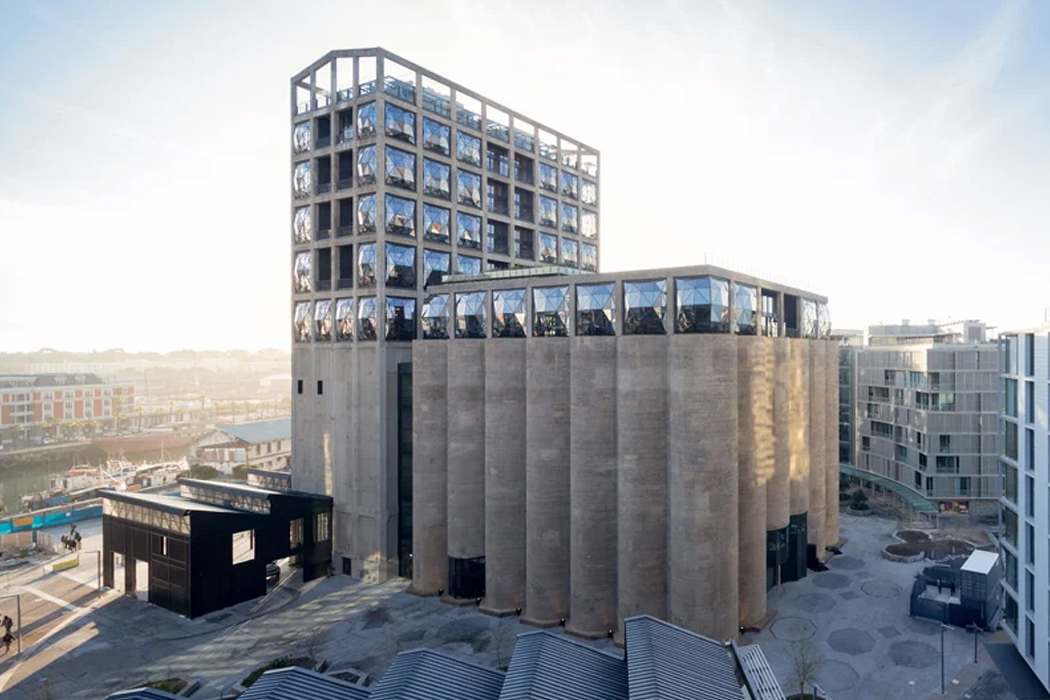 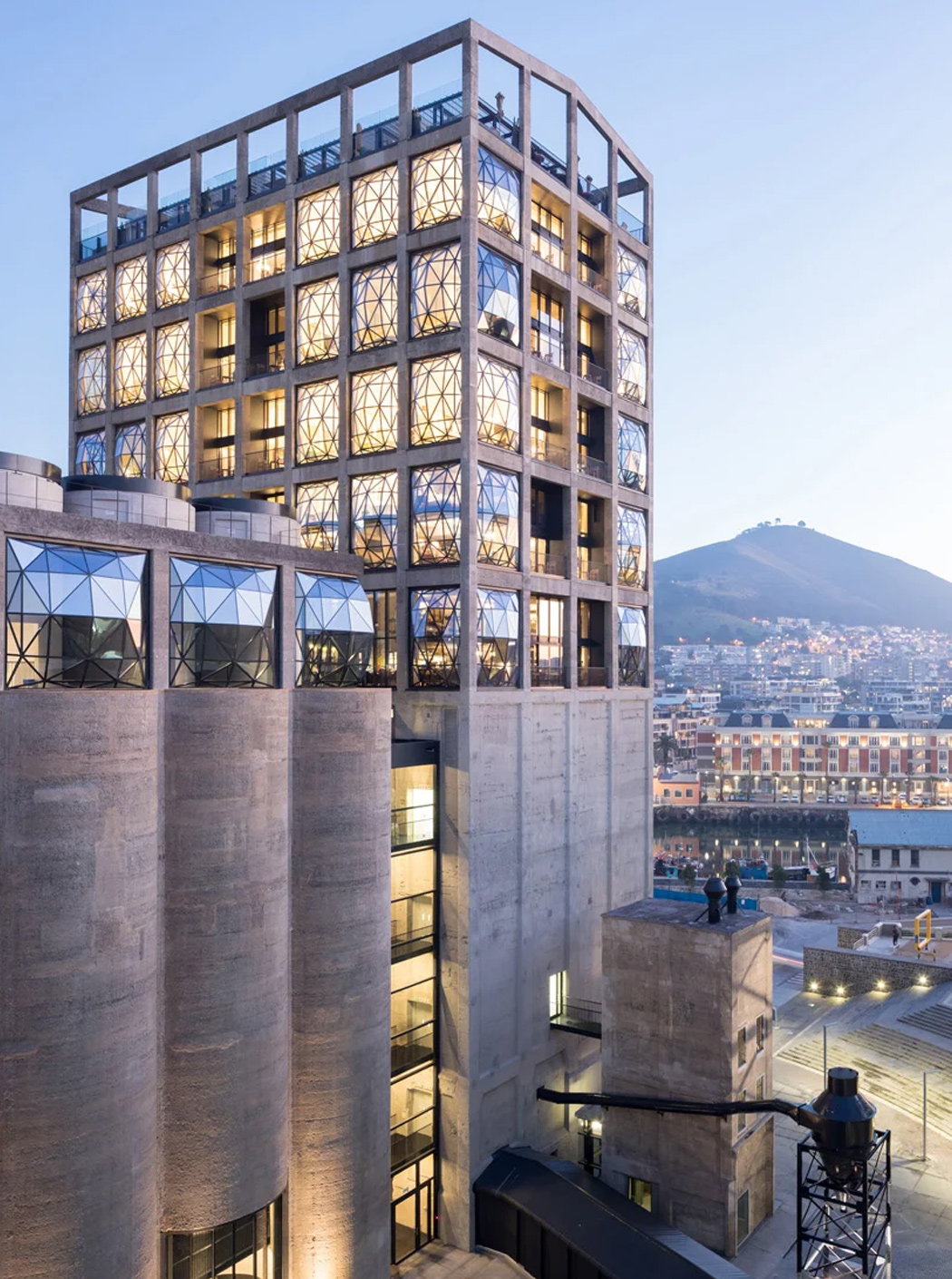 Heatherwick Studio’s Zeitz Museum of Contemporary Art Africa (MOCAA) is the world’s largest museum dedicated to African contemporary art. The design pays homage to its location, Cape Town by integrating aa grain silo into the nine-floor structure. Heatherwick describes one of the design challenges when he said, ‘We were excited by the opportunity to unlock this formerly dead structure and transform it into somewhere for people to see and enjoy the most incredible artworks from the continent of Africa. the technical challenge was to find a way to carve out spaces and galleries from the ten-story high tubular honeycomb without completely destroying the authenticity of the original building.’ 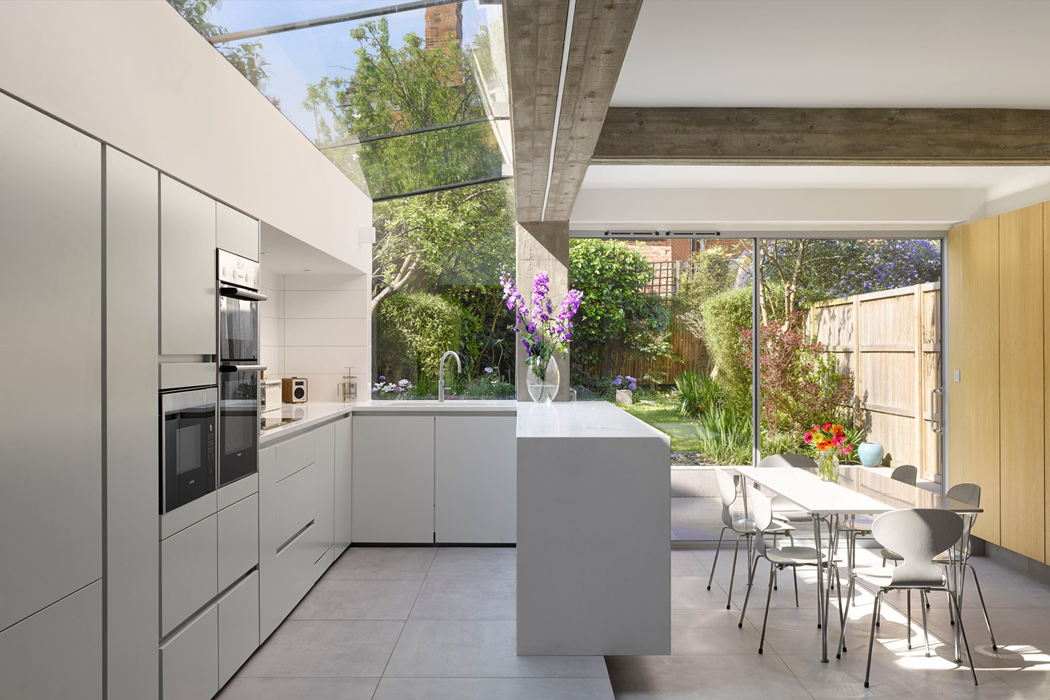 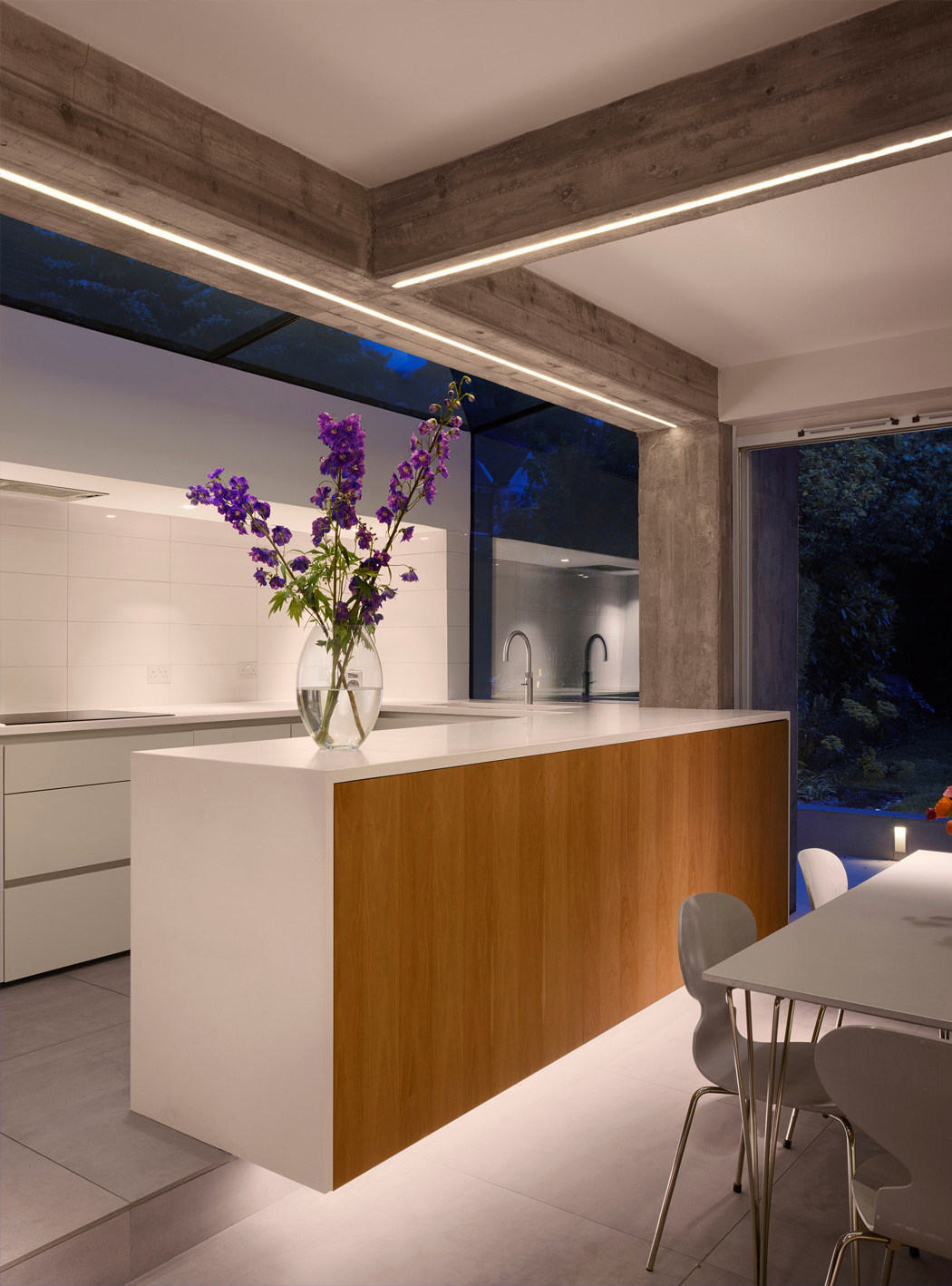 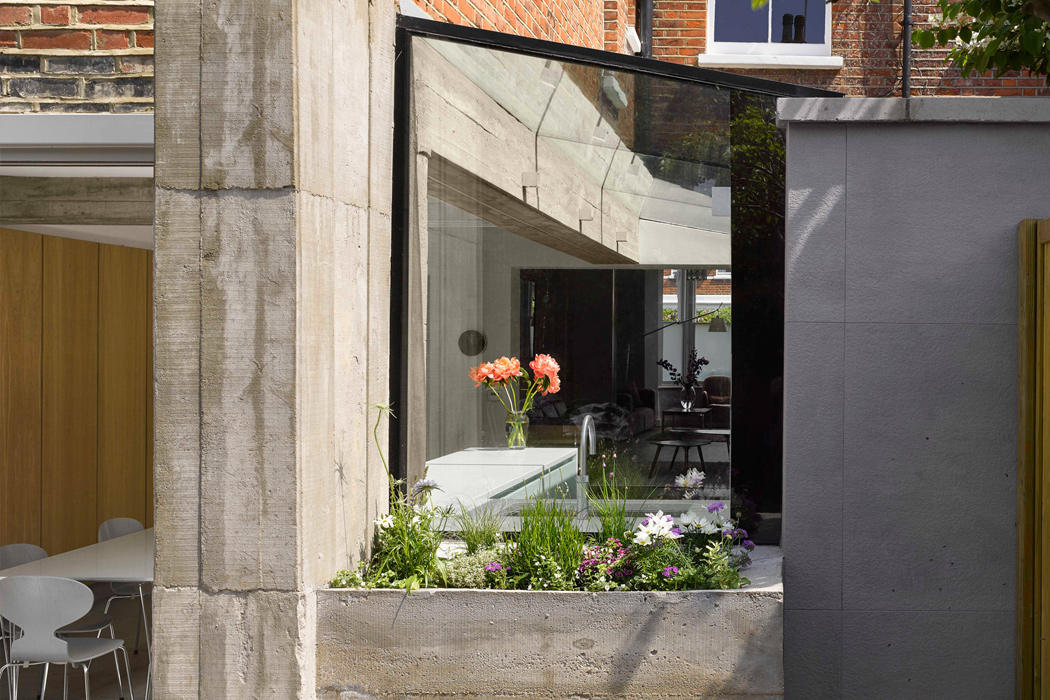 Bringing concrete to a more everyday structure, this extension designed by Paul Archer Design contrasts the brutal minimalism of concrete with glass panels to allow for plenty of light to enter this kitchen space. “This strip of yard that runs alongside the rear wing between the neighboring garden wall is often overshadowed and underutilized,” said the architects. “It provides an obvious area to extend the kitchen, dining, and living spaces into, to suit the needs of the owners,” explained the design team. 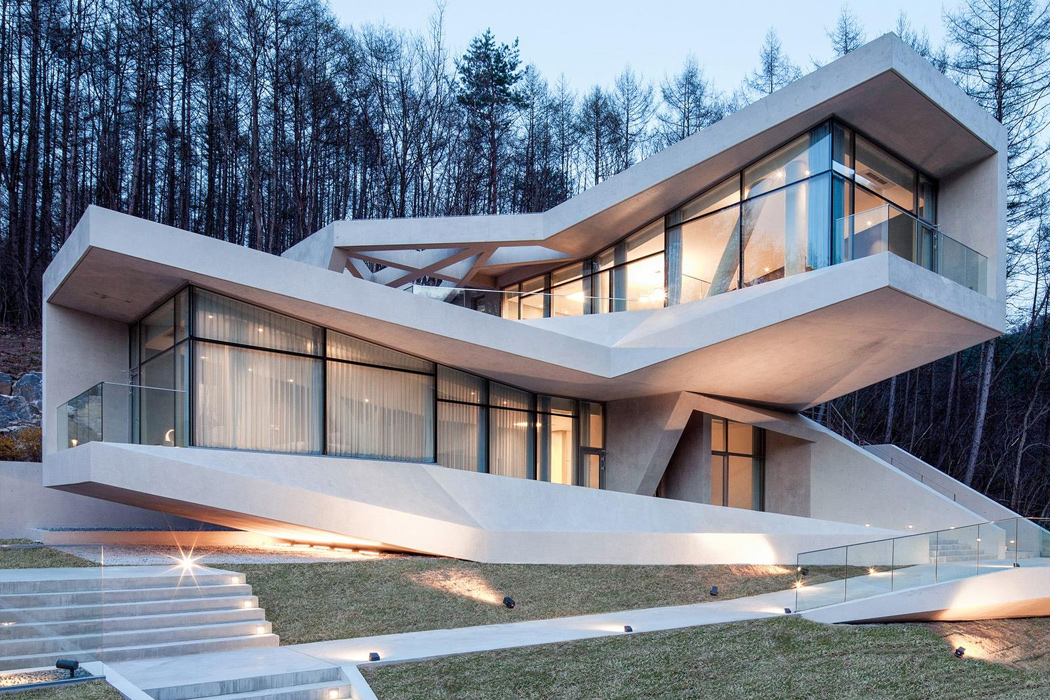 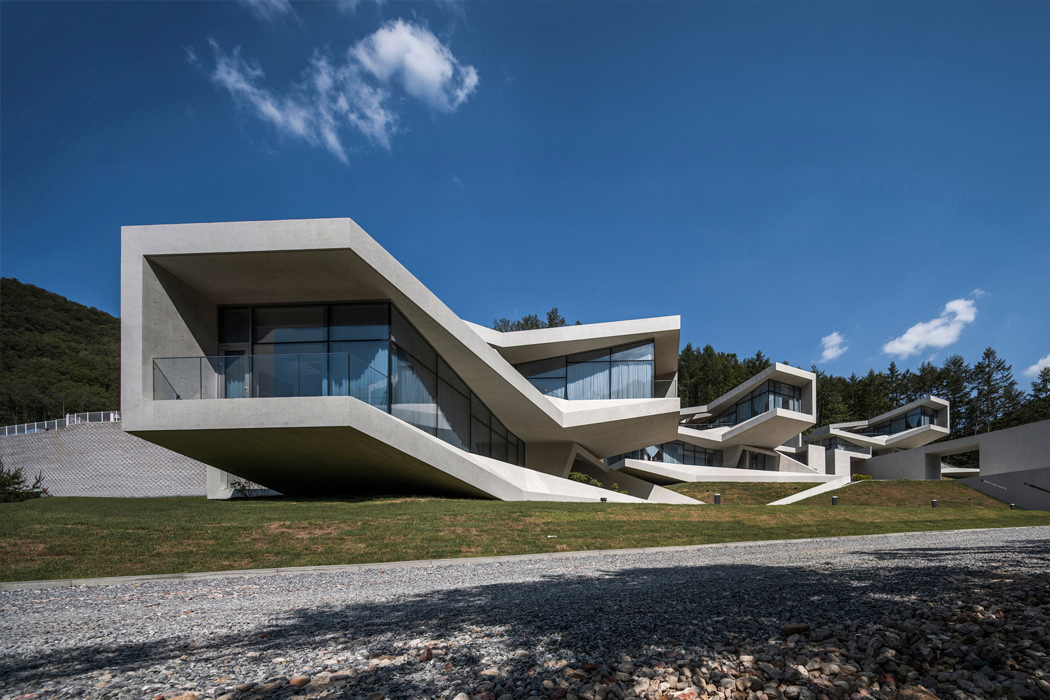 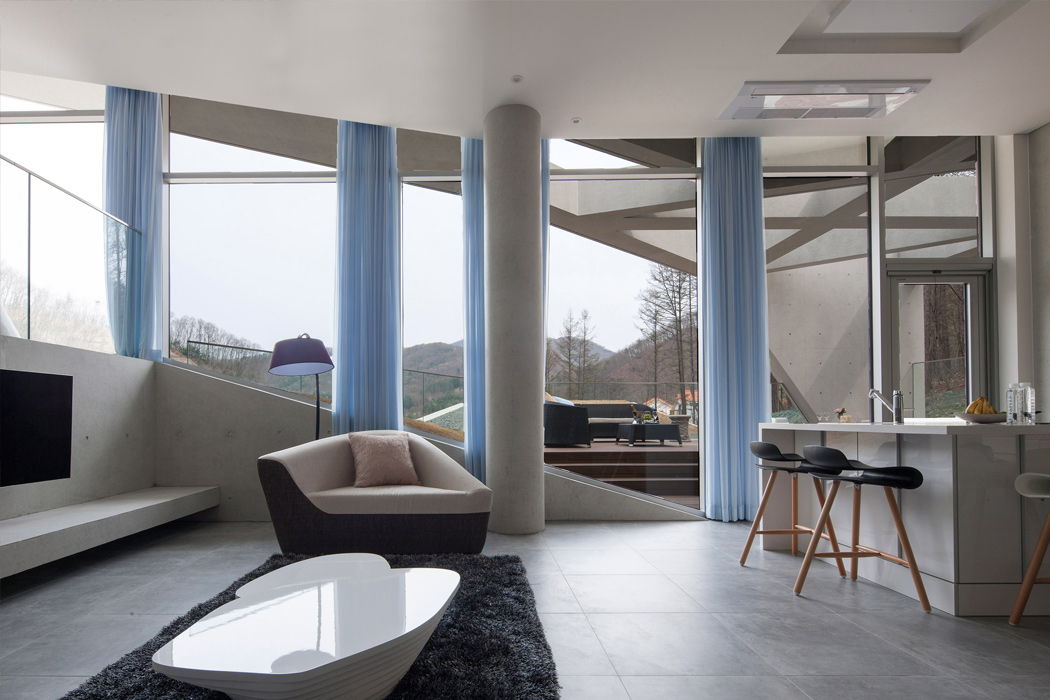 This cluster of holiday apartments by IDMM Architects in South Korea’s Gangwon region features angular concrete and glass volumes that thrust outwards from a sloping site to ensure optimal views. Architect Heesoo Kwak and his Seoul-based studio IDMM Architects designed U Retreat for a site in the Sari-gol valley, which is bordered by steep cliffs. The angular modern design is lent a functional appeal with the outward-facing windows that provide everyone a beautiful view of the valley. 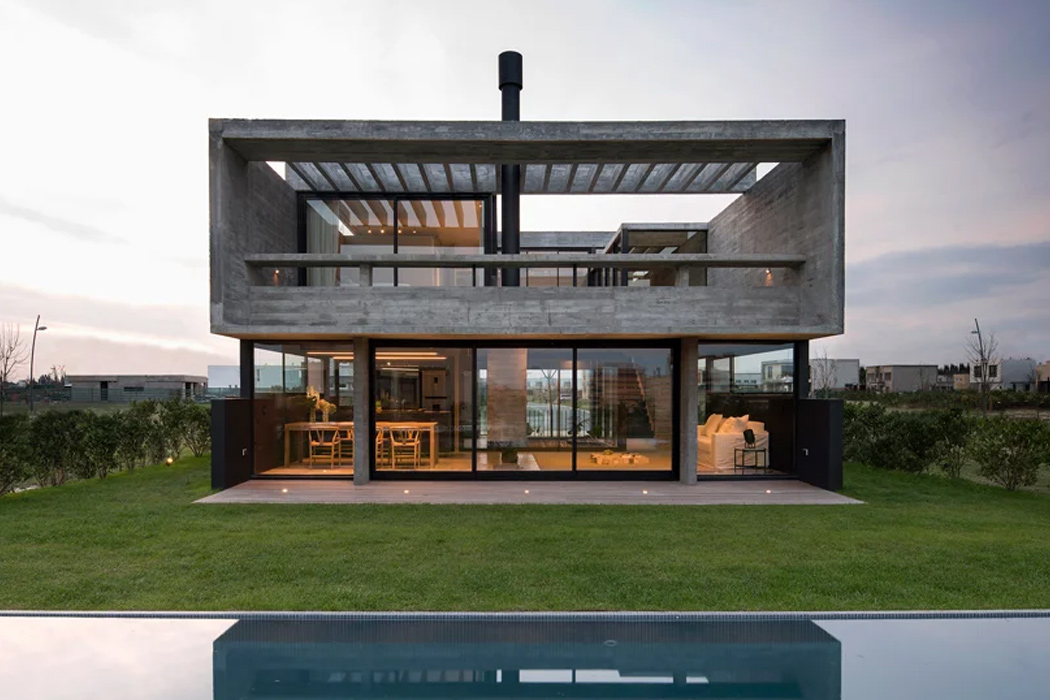 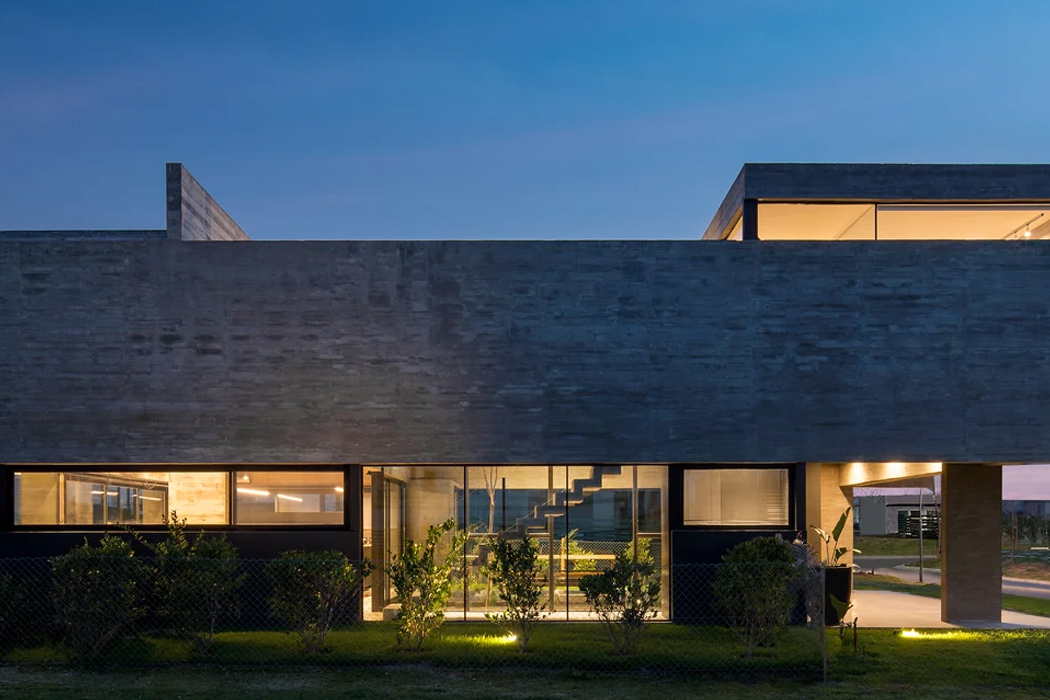 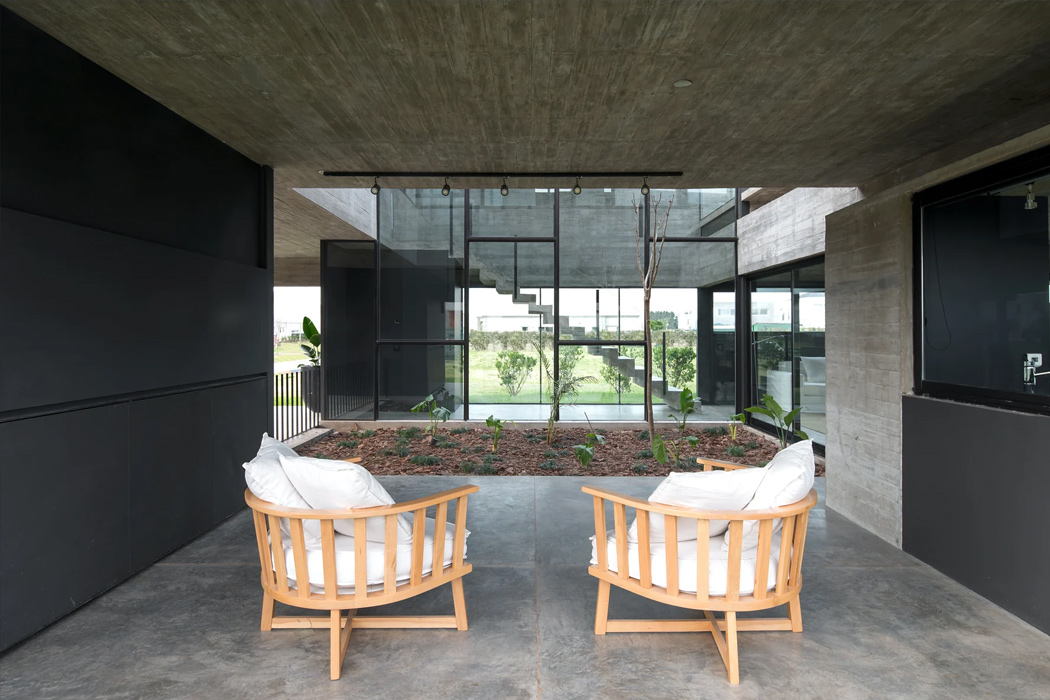 For this residential project, architects Ekaterina Künzel and María Belén García Bottazzini collaborated to create a family-friendly home by using bare concrete combined with black-colored elements for the exterior and common spaces. The house boast of muted wooden interiors with negative spaces breaking up the monotony of the heavy concrete exterior, creating a modern vibrant look. Designed for a family, this light and airy space promises a lot of great memories. 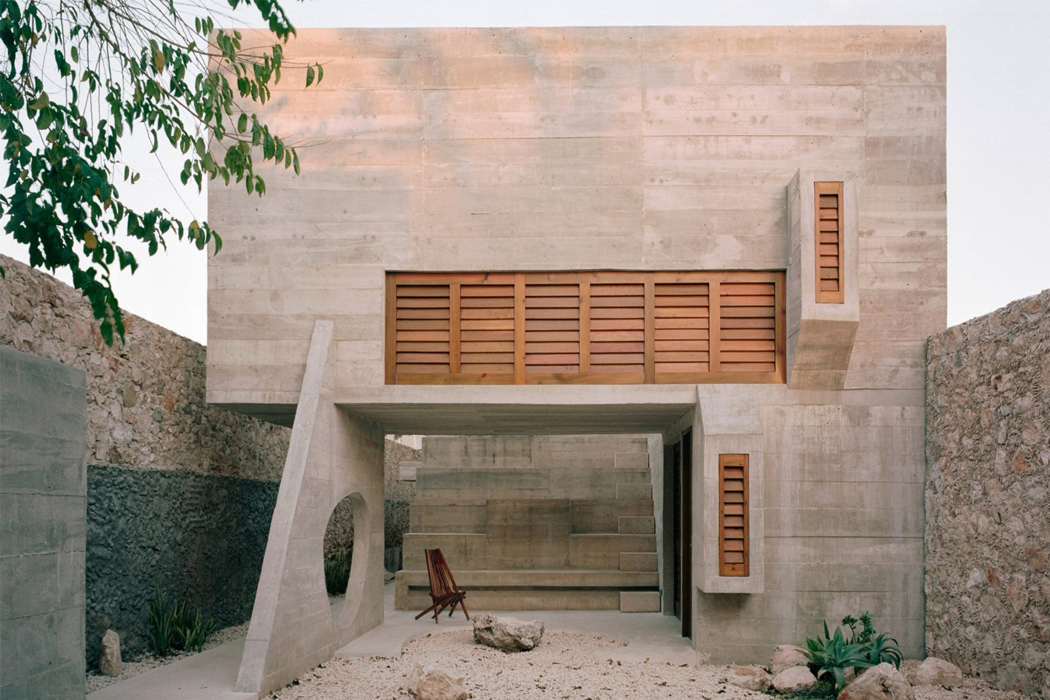 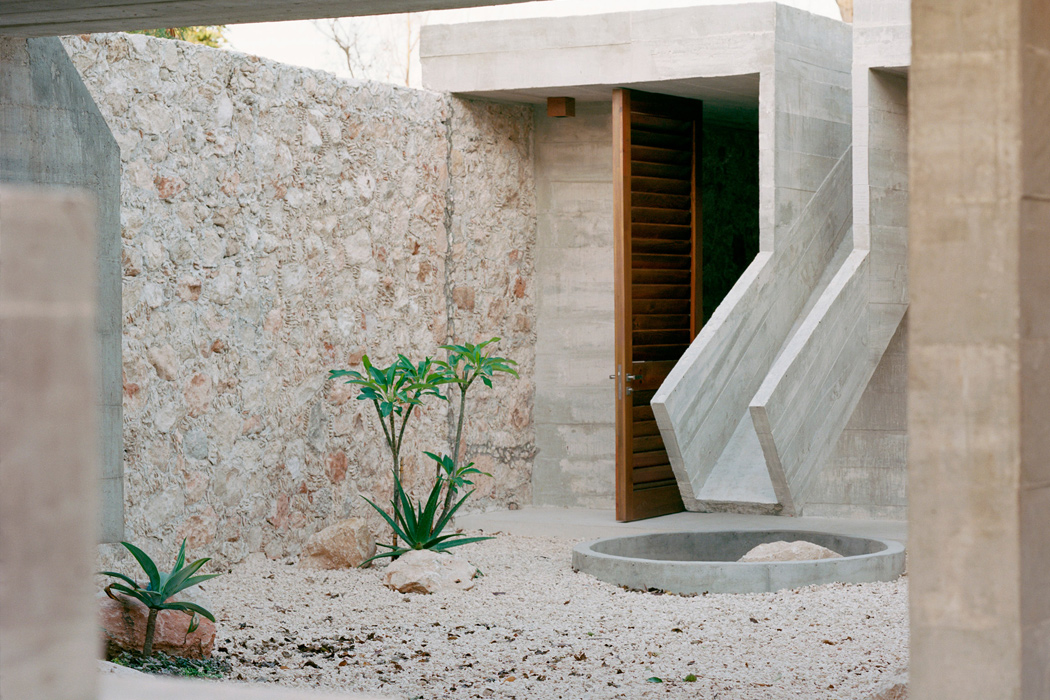 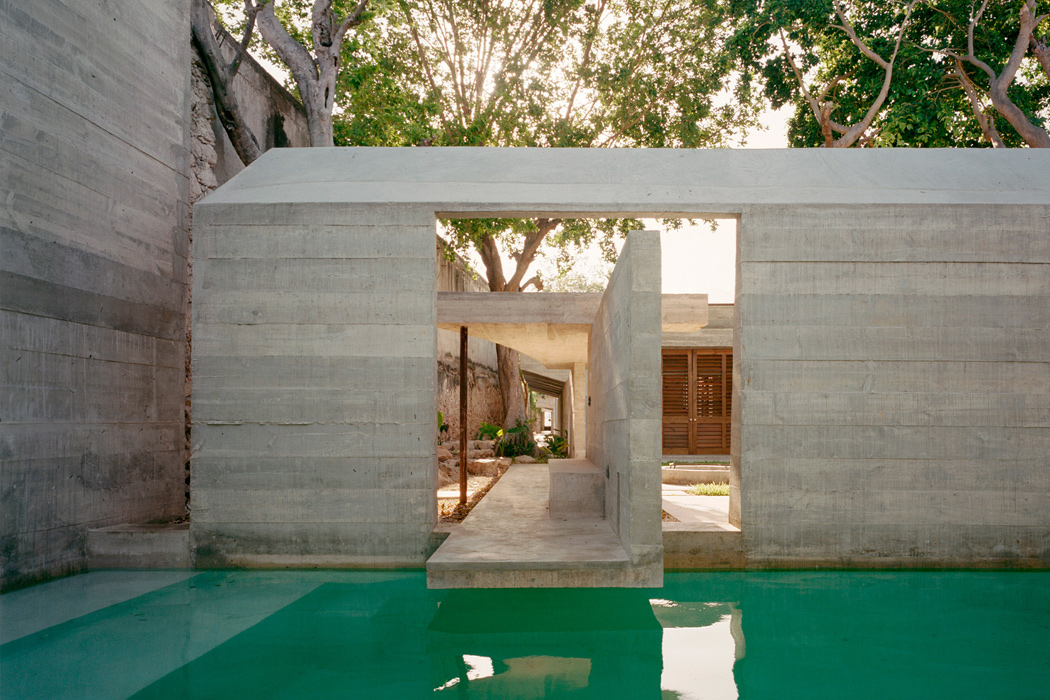 Architect Ludwig Godefroy has designed Casa Mérida, a fragmented concrete house that references the sacred Mayan Roads. The house spans an 80-meter-long site in Mérida, Mexico, which is known as the capital of the indigenous Mayan civilization. The house is based on Sacbe, an ancient Mayan road system that was used to connect different communities. 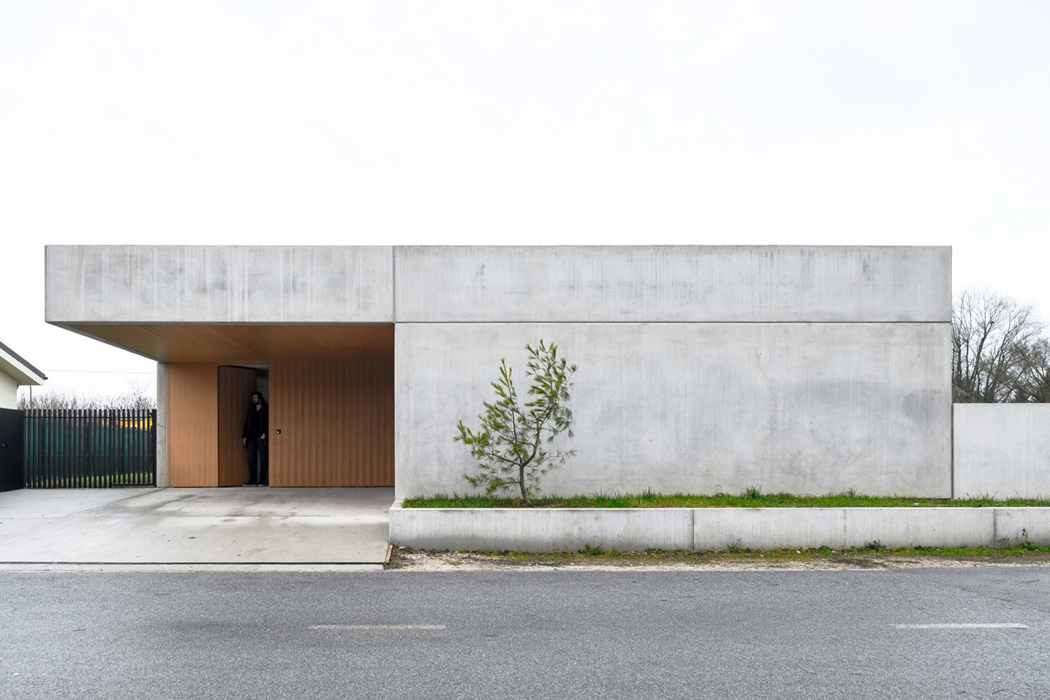 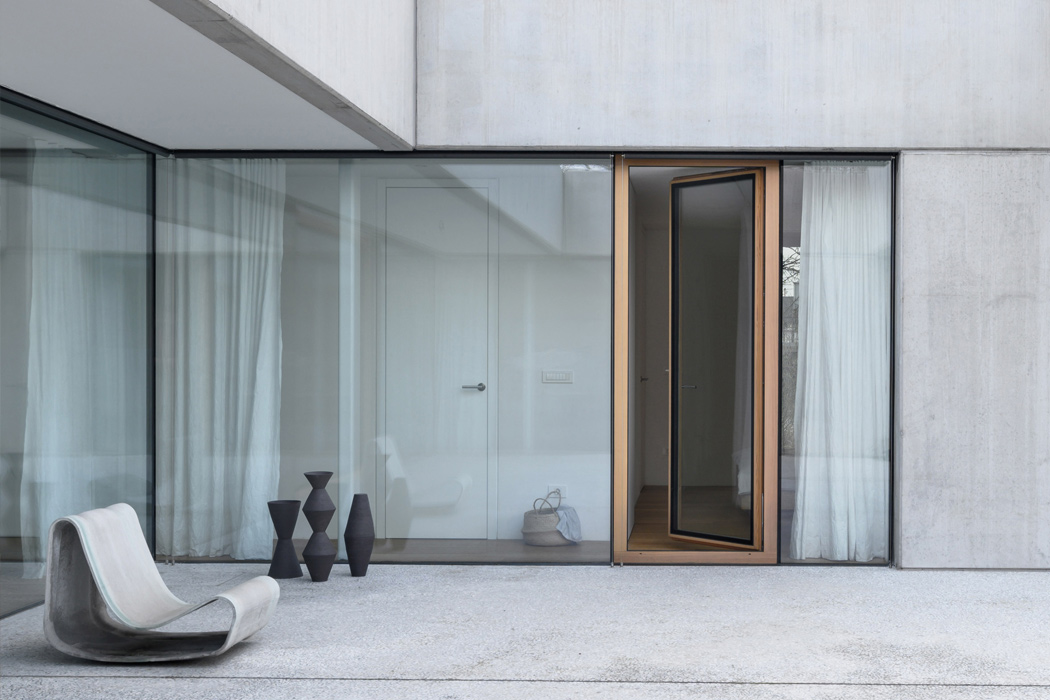 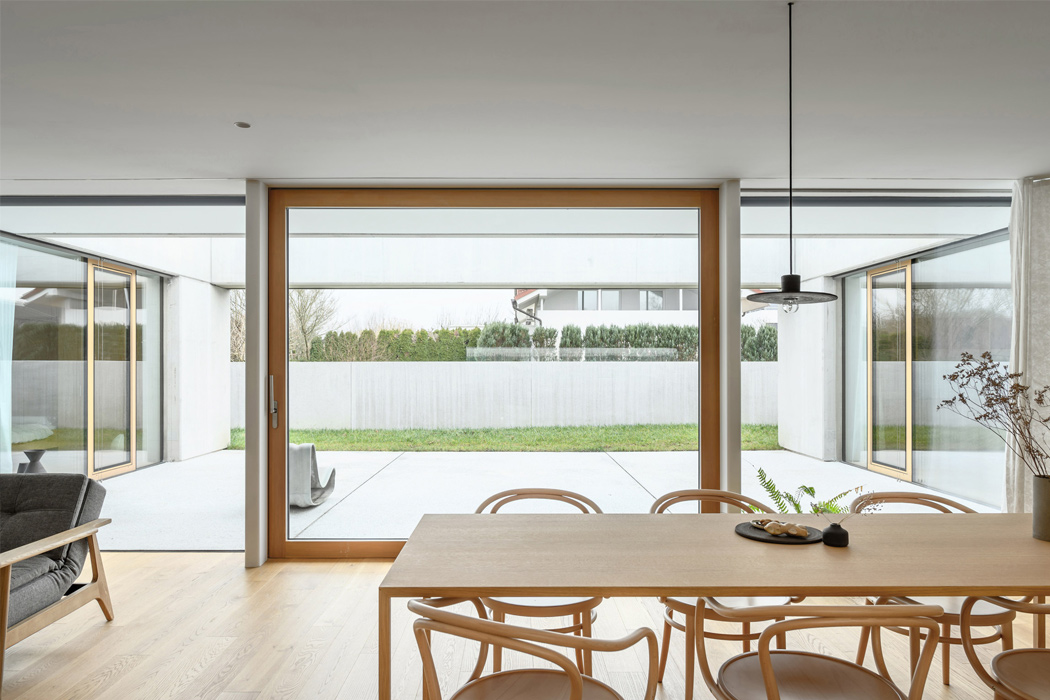 Studio Arhitektura d.o.o has designed a low concrete house that surrounds a central courtyard, connecting the homeowners living spaces with their ceramics studio. Called House for a Ceramic Designer, the concrete exterior belies the delicate balance retained within the house. We love the special attention to use of concrete and the flowing concrete chair positioned in the yard of the house. “The atrium was designed to unite the family’s living quarters and the working studio of its owner under one roof,” explained Arhitektura d.o.o. “The house is closed from its visually busy immediate surroundings, which will undergo unpredictable development in the future, while at the same time providing a well-lit and fully connected living and working space.”

Rice Husk Village is a modular toy game made entirely from discarded rice husk waste. On a yearly basis, around 120 million tons of rice…

This wooden tiny house on wheels is designed to get you closer to nature while being sustainable!

The pandemic has certainly made some of us want to leave behind the bustling city life we know and move into a tiny house. Why?…

These wooden toys and their packaging are designed to be eco-friendly for the planet!

Plastic products are a serious problem for our planet. We need more designs that do not end up in our landfills or oceans just to…