Your phone is already a professional video recording device. Most flagship phones come with extremely advanced camera systems that can shoot at remarkable resolutions, with high frame-rates, and great dynamic range. That makes your phone incredibly handy if you’re a photographer or videographer… but if you’re a musician or podcaster, the phone still has its fair share of limitations. Smartphone microphones are, for the most part, pretty good, but you’ll never see a CEO talk about how impressive a phone’s microphone is during a launch event. For the most part, smartphones come with standard microphones and speakers and supporting algorithms to allow them to do a pretty good job, but there’s still work to be done to make the smartphone a professional ‘audio recording device’… and everything the smartphone lacks in the sound-hardware department, the AudioWow more than makes up for.

Designed as a portable little square that you can carry around with your phone, the AudioWow is an external sound-card that turns your phone into a professional studio for everything audio. Whether it’s recording music, podcasts, phone calls, interviews, or even transcribing recordings, the AudioWow is a device no larger than an AirPods case, that helps bring a professional edge to your recording requirements. The AudioWow brings studio-grade recording, monitoring, and editing chops to your smartphone, working wirelessly to turn your mobile phone into a mobile studio.

The AudioWow works using both hardware and software to upgrade your recording game. On the hardware front, it packs an external audio card that runs the digital signal processing and a 6mm studio-grade condenser microphone that trumps the one you’ve got built into your smartphone. The secret sauce for the AudioWow, however, lies in the app, which has more pro-features than I could possibly count. Not only does the AudioWow app let you record podcasts and interviews, it also lets you record calls. The studio-grade microphone makes a palpable difference to your audio recording, allowing you to cut background noise, add reverb and other effects, and even manage equalizer levels to get the audio you desire. This ability makes the AudioWow perfect for musicians too, turning your phone into a karaoke machine that records the music playing on your phone along with your own voice, layered on top. You can edit everything in AudioWow’s interface, adjusting levels and pitch, cutting background noise, tweaking frequencies, and even turning down the vocals on existing audio tracks to turn them into karaoke-ready tracks! This means your favorite Spotify playlist can easily be turned into karaoke-ready instrumentals with a simple click, allowing you to layer your own vocals onto songs! For people looking to use the AudioWow to produce podcasts, record interviews, or even monologues, the app comes with a speech-transcribe feature that turns voice into subtitles that you can easily use to produce well-synced videos for social as well as professional media. If your phone’s camera is good enough to replace professional videography gear, the AudioWow instantly gives you professional sound-recording gear to match too!

The pocket-sized recording and production studio comes in three variants, a wired variant that requires being connected to your phone via a USB-C or Lightning cable, a wireless variant that works with stunningly low latency over Bluetooth, and a variant built exclusively for live-streaming, allowing you to process audio in real-time as you broadcast online. The devices all come in the same compact format, and can easily be clipped to your lapel to work as dedicated microphones. A control button on the AudioWow lets you start, pause, resume, and stop recordings, and you can even pair two AudioWow devices to the same smartphone to create a dual-mic setup that’s perfect for interviews, podcasts, or duets! Weighing a mere 15 grams (that’s the equivalent of 3 nickels), the AudioWow puts the power of an entire studio in the palm of your hand. At full capacity, it runs for a good 6 hours, giving you enough time to record even a lengthy podcast episode… with hardware and software that easily rivals bulky and expensive pro-recording setups and programs. 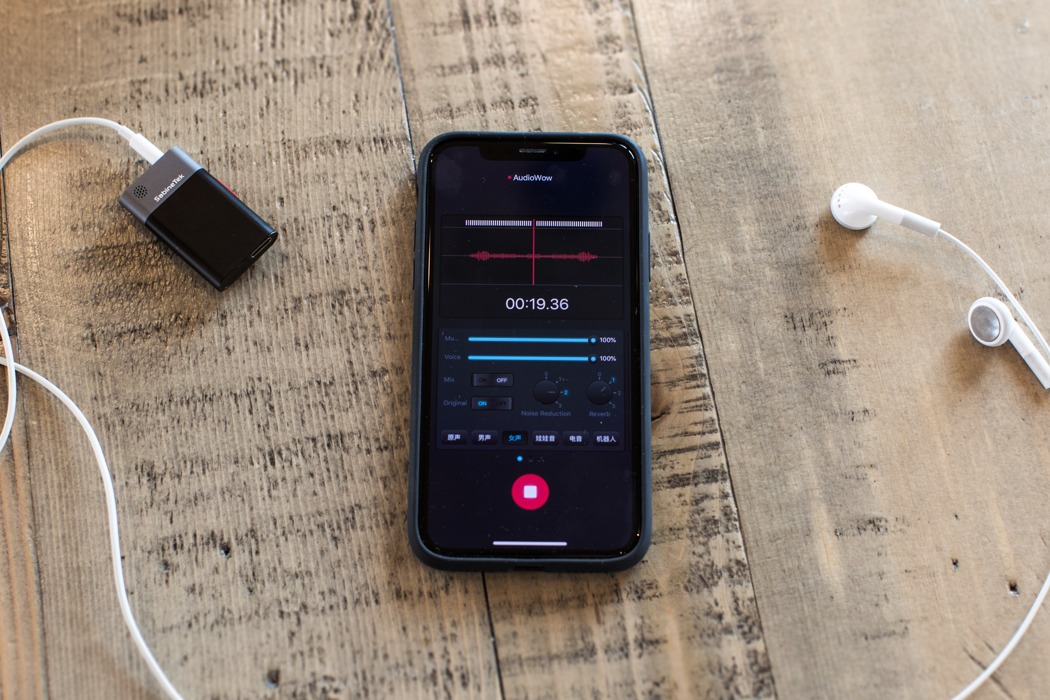 AudioWow: Wireless Audio Studio the Size of A Matchbox 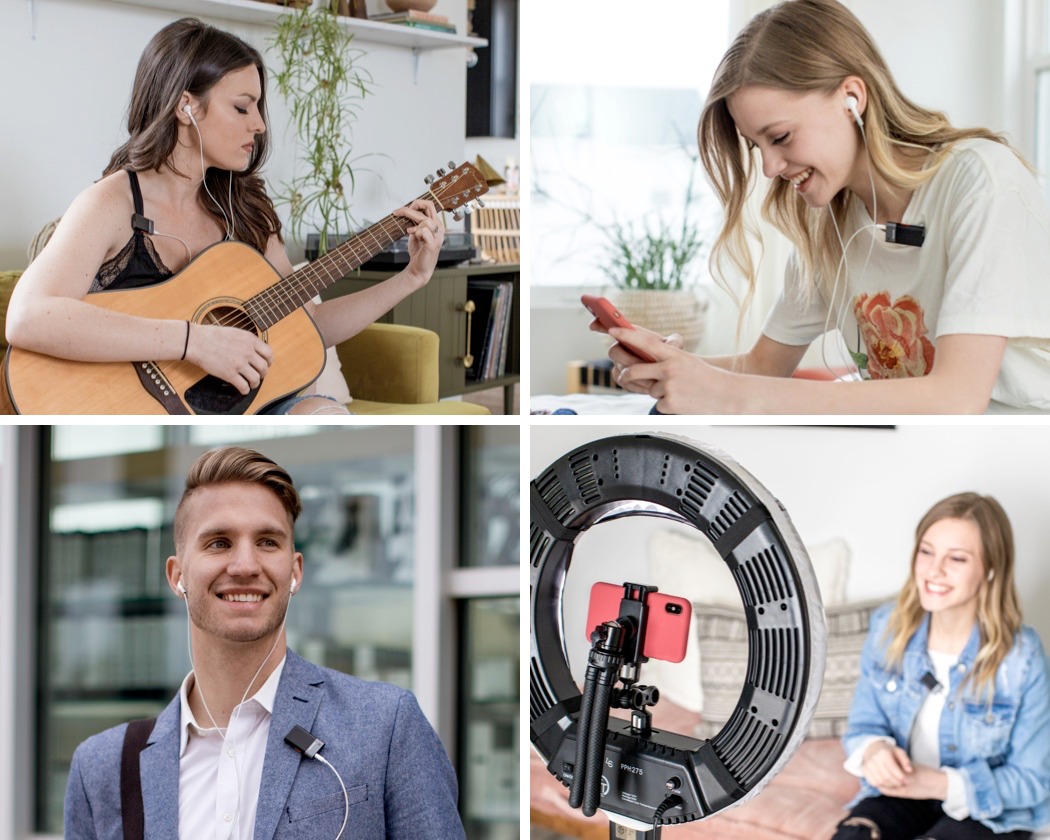 Designed for creators on the go. Powerful audio technology you’d normally find in a recording studio has been engineered to fit in your pocket, enabling you to do your best creative work wherever you are. 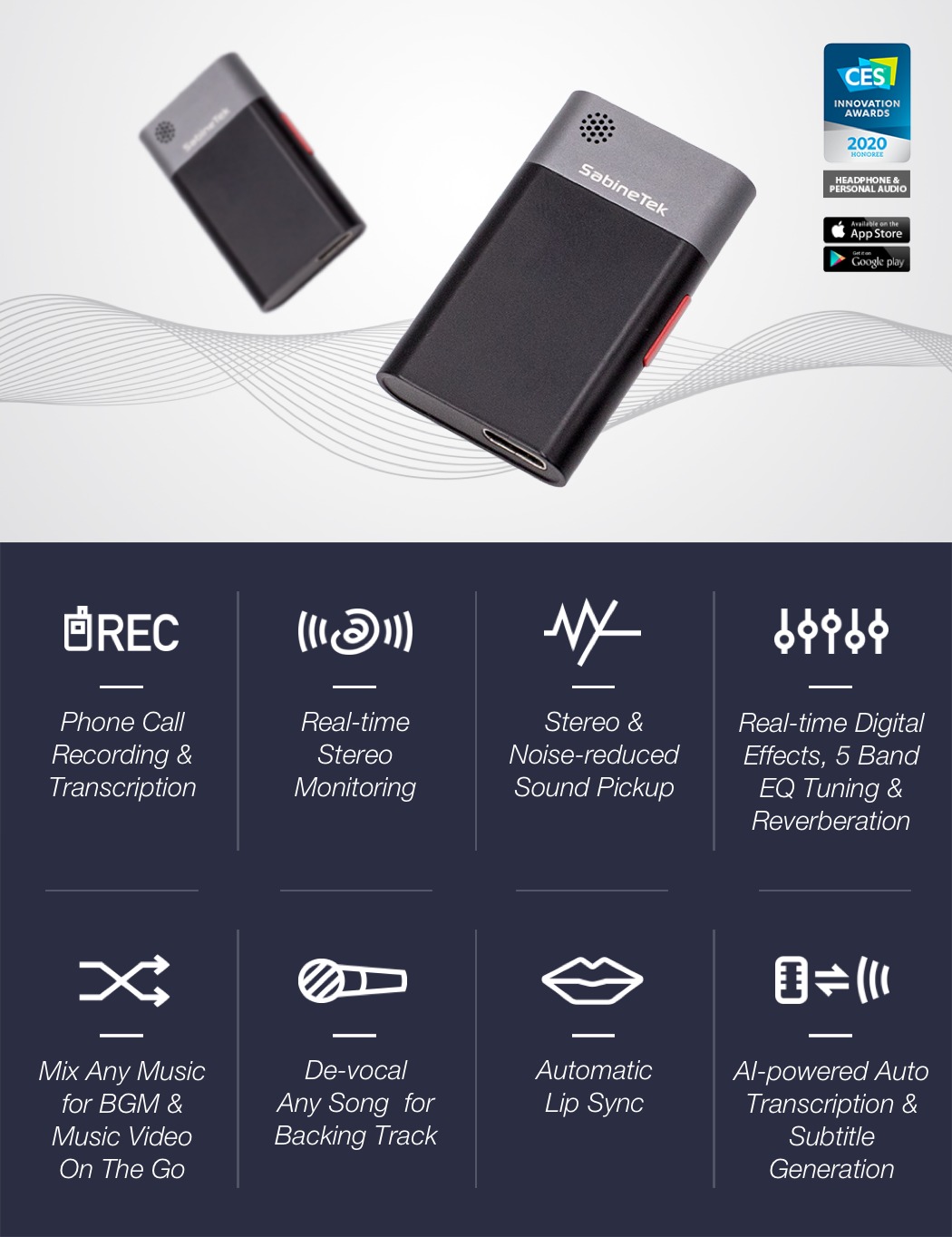 Just like an amazing podcast mic, or a mixing panel, AudioWow is a tool, and it’s up to you what you create with it. 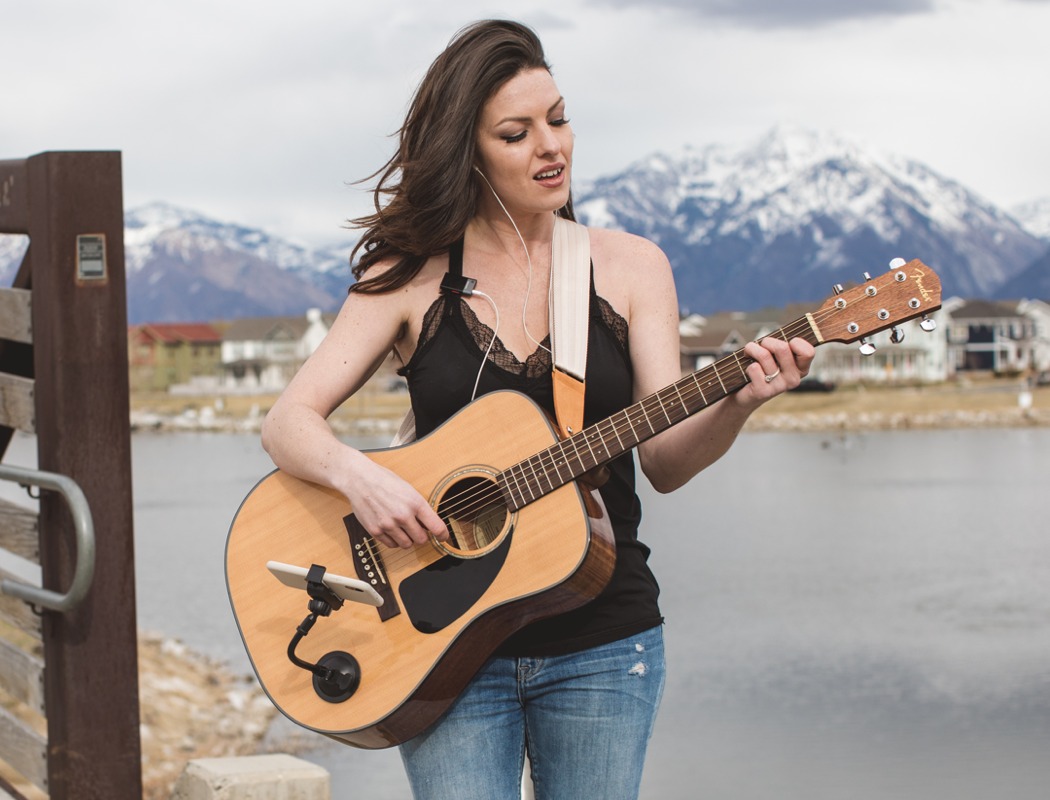 If you’re a singer or musician you know inspiration comes at any time, with AudioWow you always have a recording studio with you. Whether you want to jam out and mix your guitar into your vocals, or record over an existing track, AudioWow lets you create studio-quality music wherever you are.

Your podcast mic doesn’t always travel with you, so AudioWow lets you record and mix podcasts on location. Because it can mix background music with your voice, your podcast comes out ready to share without the need for any post-production. You can even connect two AudioWow’s to your phone to record your podcast on separate channels. 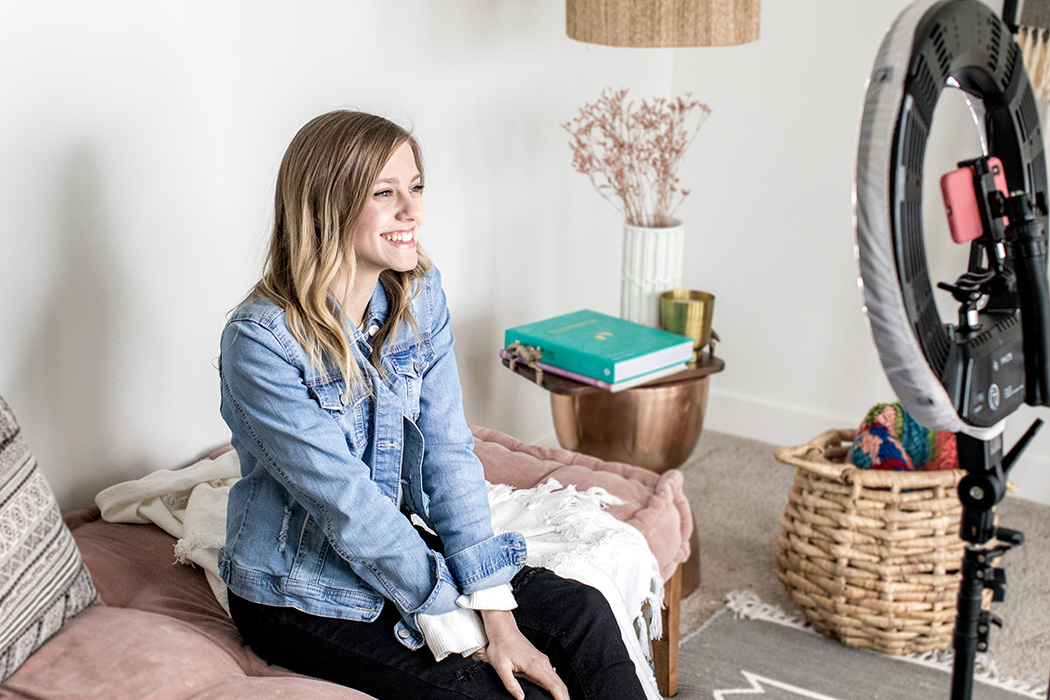 AudioWow connects with your smartphone or GoPro to record crystal clear audio for your content. Your Instagram stories, TikTok or field journalism will sound radically better because AudioWow has a crystal-clear microphone that is clipped closer to your mouth and clever algorithms enhance the sound quality as it records. 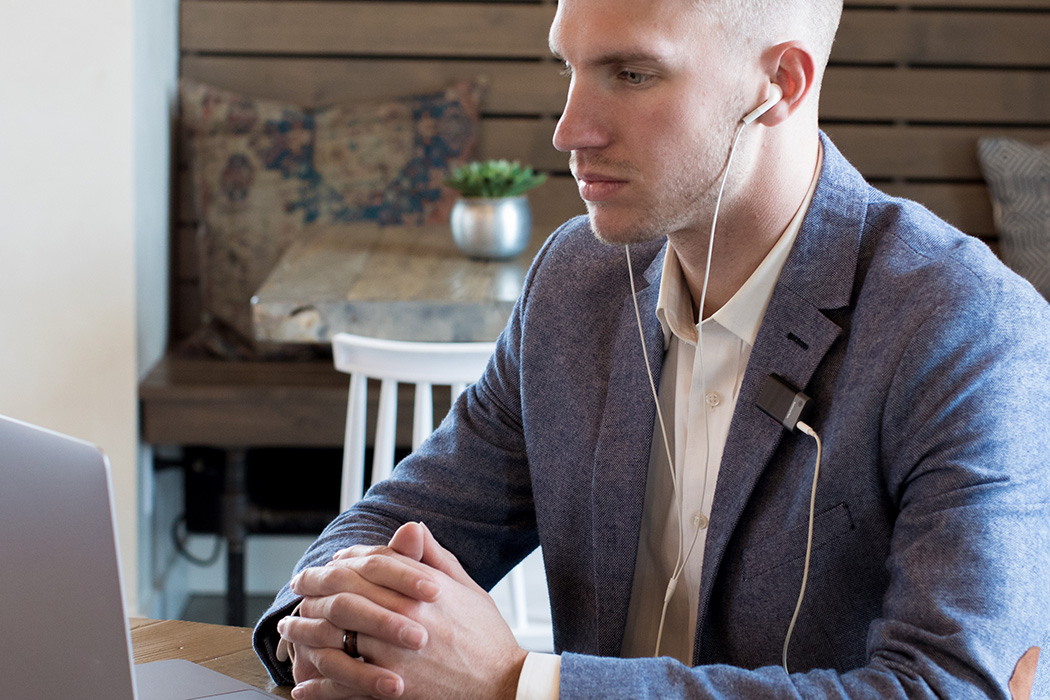 Calls, Zooms and admin are part of any creator’s life (unfortunately, we know), with AudioWow you’re never that person who “we can’t hear very well”. Connect AudioWow to your laptop during conf calls or use it to record and annotate calls, you can even read back the details of the conversation in text, if you need to look up any important details. Active noise reduction on the microphone means you can take calls even when you’re walking outside. 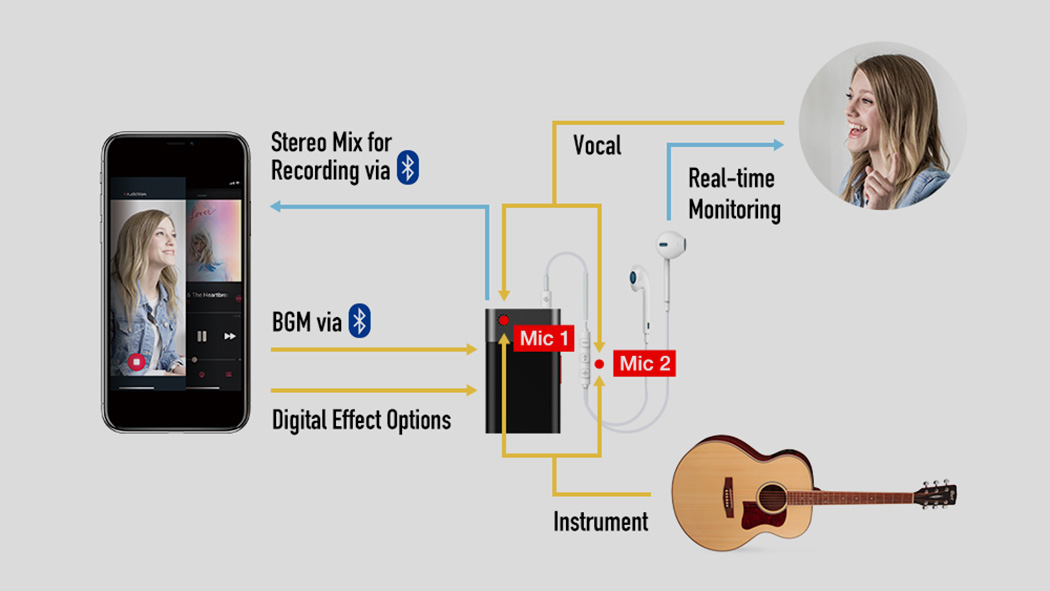 AudioWow is a modular system, you can connect two AudioWows to one phone, or combine it with other Bluetooth devices.

Just like a mixing panel, AudioWow has multiple inputs and outputs. You can record your voice via the built-in microphone, plug in headphones for an additional microphone and real-time monitoring. Inside the AudioWow the audio gets enhanced and leveled out before sending it over Bluetooth to your phone. Your phone in turn can send background music to the AudioWow to mix it in with your vocals and instrument. 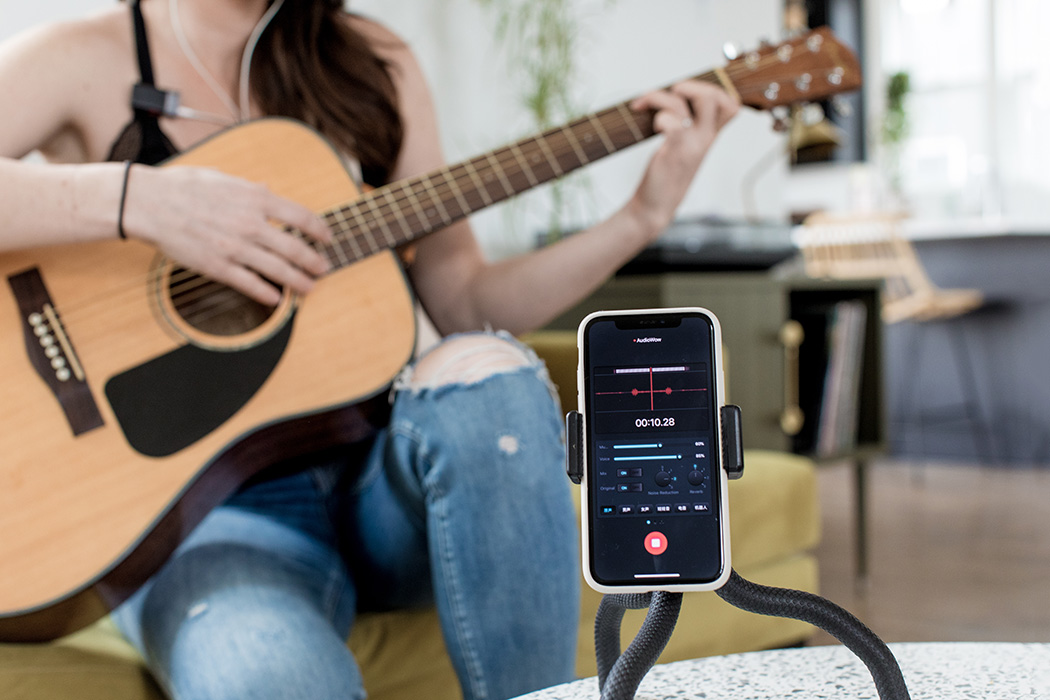 AudioWow works out of the box with any Bluetooth device like your phone or laptop to give you endless recording options and combined with the app you’re unlocking some of the most powerful features.

They designed a unique feature: de-vocalization of any track. Just snap your fingers when you’re listening to music, and the AudioWow app filters out the original voice and lets you record your own vocals over the track. 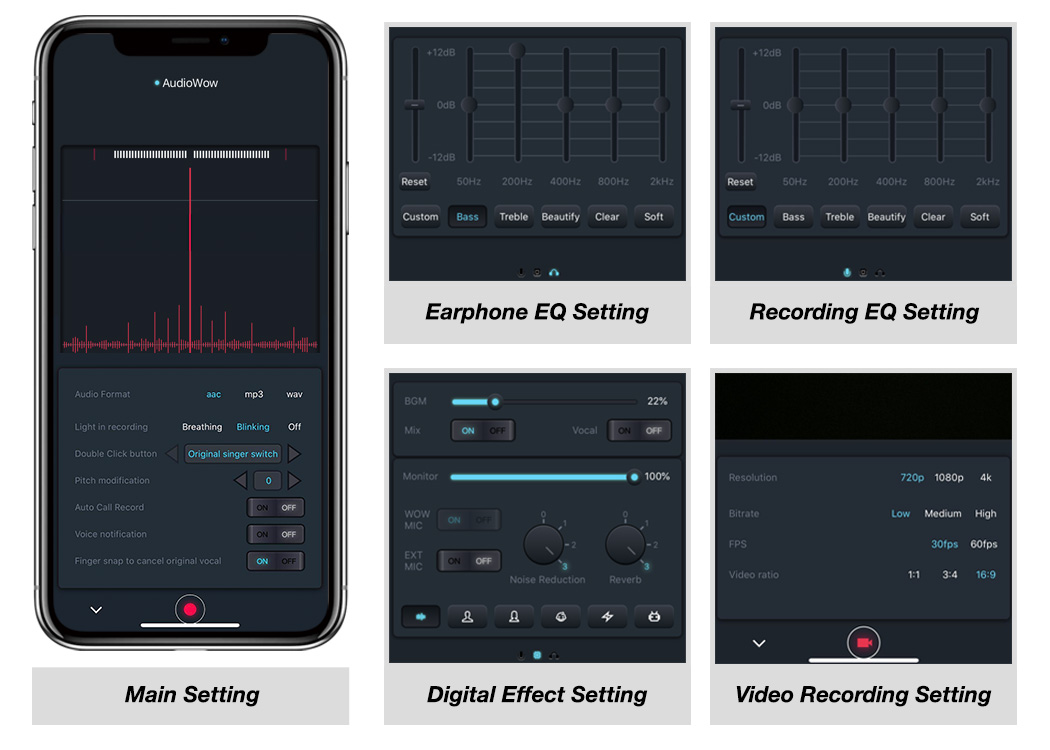 The app gives you a full, 5 band visual equalizer to tune your audio to perfection. Digital effects let you add reverb, noise reduction, and gives you full control over all your settings.

The AudioWow app knows what you’re saying, it transcribes calls in real-time allowing you to save important conversations and it also saves the entire conversation on two separate channels, splitting your audio and that of the person you’re calling with, so you never miss a word.

Guest-vlogger Peter put AudioWow to the test, comparing the audio quality of AudioWow to the sound of his iPhone while on a trip to a tropical location with lots of background noise.

Ricardo used his guitar skills to record a demo where he uses AudioWow to record his voice and guitar which are both mixed and leveled out on the AudioWow.

One Button To Rule Them All

Press the button to start/stop the voice/phone-call/video recording. In the app, you can also customize the double-press for your frequently-used functions: De-vocal on/off, Play/pause the music, Flip the camera, or start/stop the phone call recording. 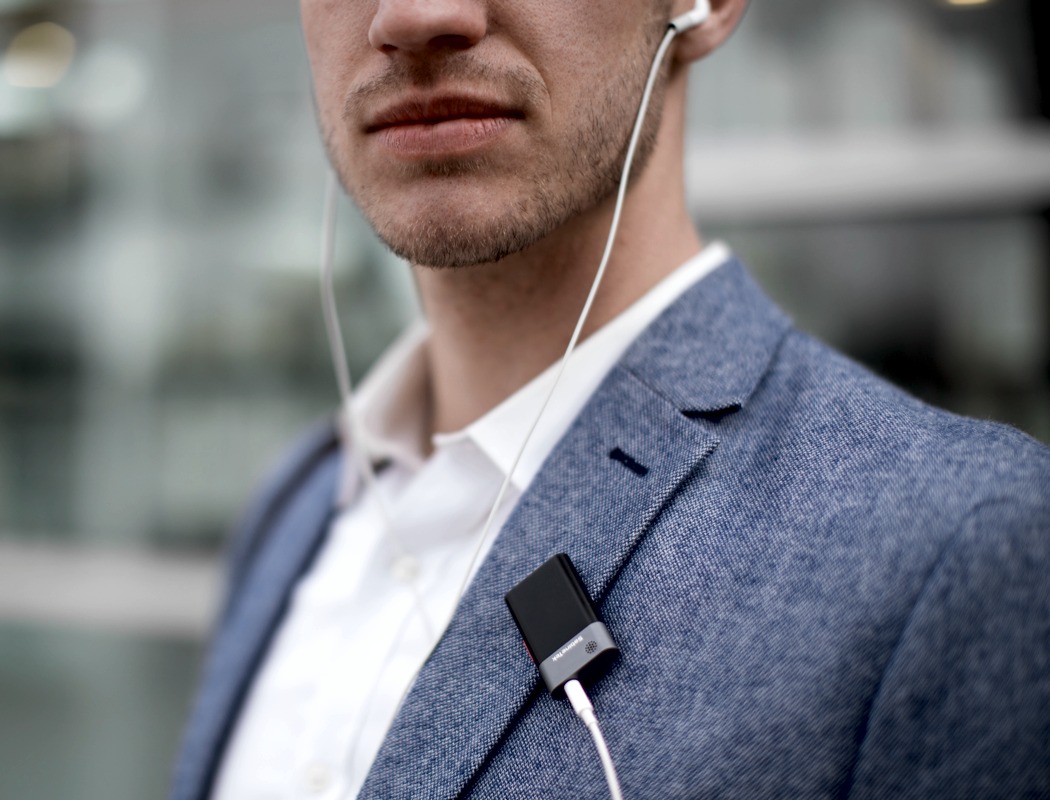 Linear Or Long, Just The Way I Like It

The EON 2 is a concept kitchen whose main highlight is the rotating bar. By moving this bar from linear to L-type, you get a…

https://www.kickstarter.com/projects/kittyspring/kittyspring-the-most-cat-friendly-water-fountain-on-earth Designed to give cats (as well as their human owners) the most aesthetic and comfortable drinking experience, the KittySpring is a great example of…

Many of us are finicky about the source of our drinking water; the privileged lot downs Kona Nigari or Evian while the rest of us…