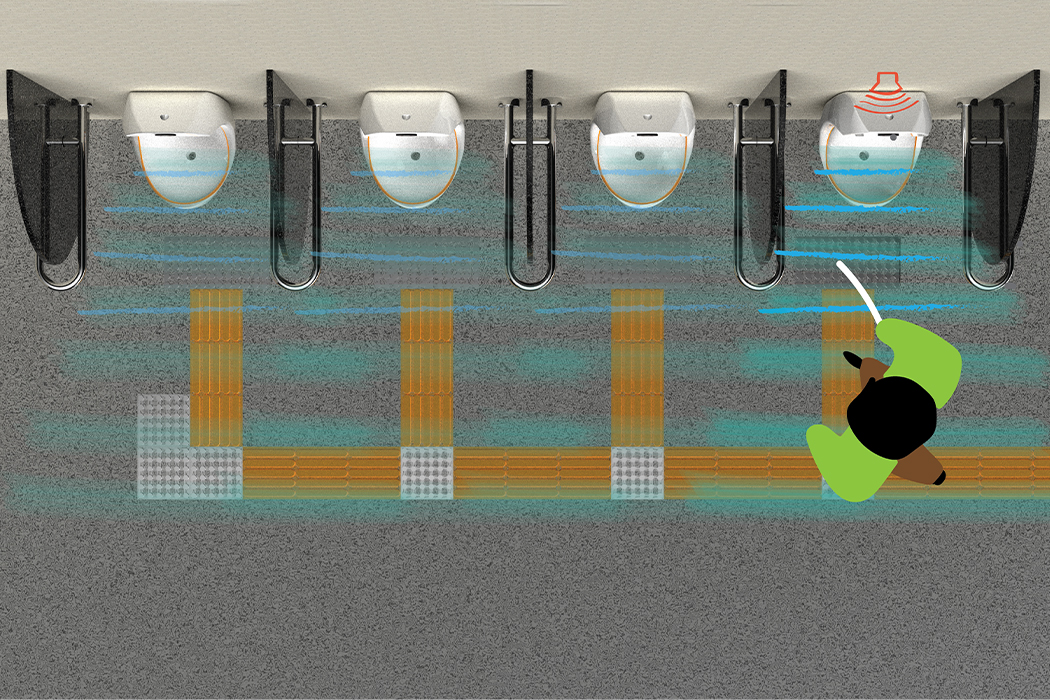 If you tie a blindfold and walk around as an exercise, maybe some parts of your house are the only places you can confidently navigate. The exercise is just a small way to feel a fraction of what visually impaired people might be feeling. They are constantly reliant on those around them, even for small things like going to a public restroom. So a designer reimagined a basic facility, the urinal, to be made in a way that they can have some independence. And, of course, privacy when they use the bathroom. This particular design revolves around the common urinals for men that you find in malls, movie theatres, schools, and most other public spaces because that situation is much tricker than being in a restaurant.

There are 37 million people across the globe who suffer from some kind of visual impairment. While there are various organizations that help train such people to be independent, here are some places like a public restroom where they would require extra care. Suthar observed that visually impaired people have no interaction with the products in the restroom which leaves them fumbling. This redesign is created around using sound as a guide to identify and position oneself in front of the urinals. “I kept their ability to sense sound and tactility in three-dimensional space,” says Suthar on the choice of using sound as a guiding force.

The designer understood that finding their way around the restroom was still doable but finding products was harder. The users navigate through the tactile mobility system on the floor with special tiles which can also be used to map out other areas of the restroom. Each urinal is in front of a ‘stop tile’ so when the user steps on one of these tiles, the sensors pick it up and a sound lets the user know they are in front of the urinal. There are two more stop tiles near the urinal, so when the user is close enough the sound will buzz again to let them know they are precisely positioned.

If the sound system gets compromised, there are guide rails in the stalls to help. Occupied urinals will make a different sound to let the user know when they are crossing. The sensors activate the flush once the user steps back and there is another sound buzz. Inclusive designs help make the world a better place and this urinal will make life easier for millions of people. The use of sound to answer nature’s call is just brilliant in a metaphorical way too. 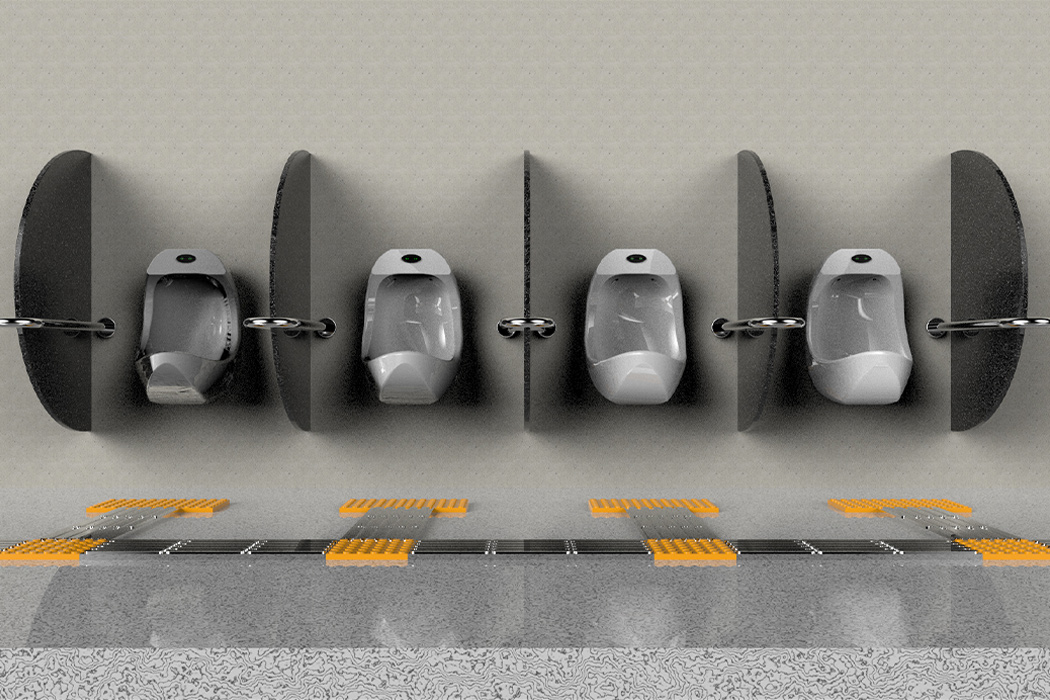 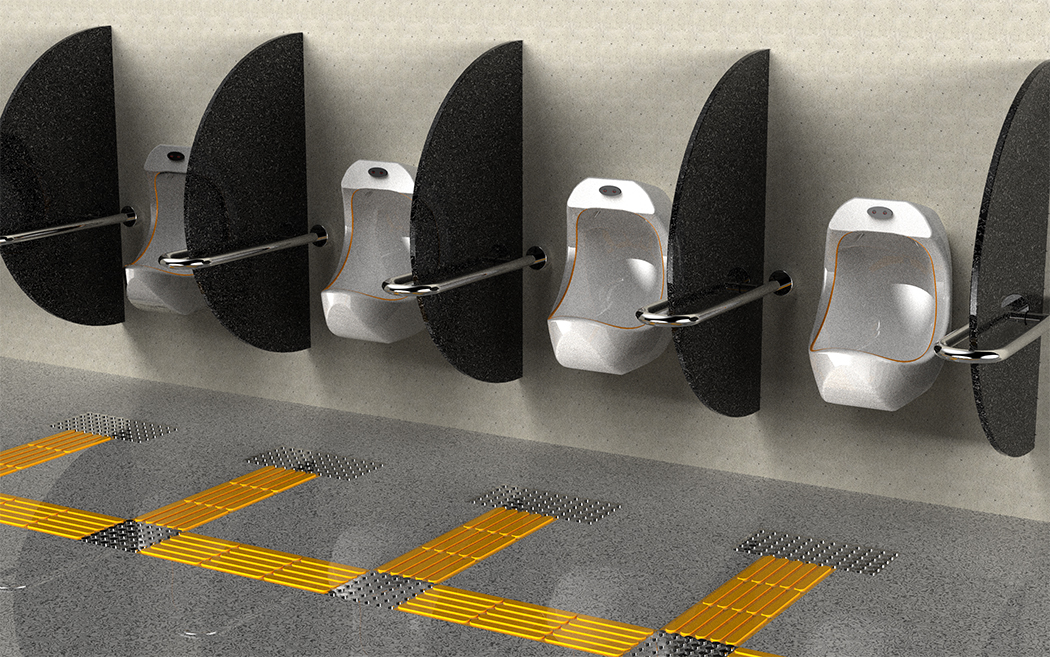 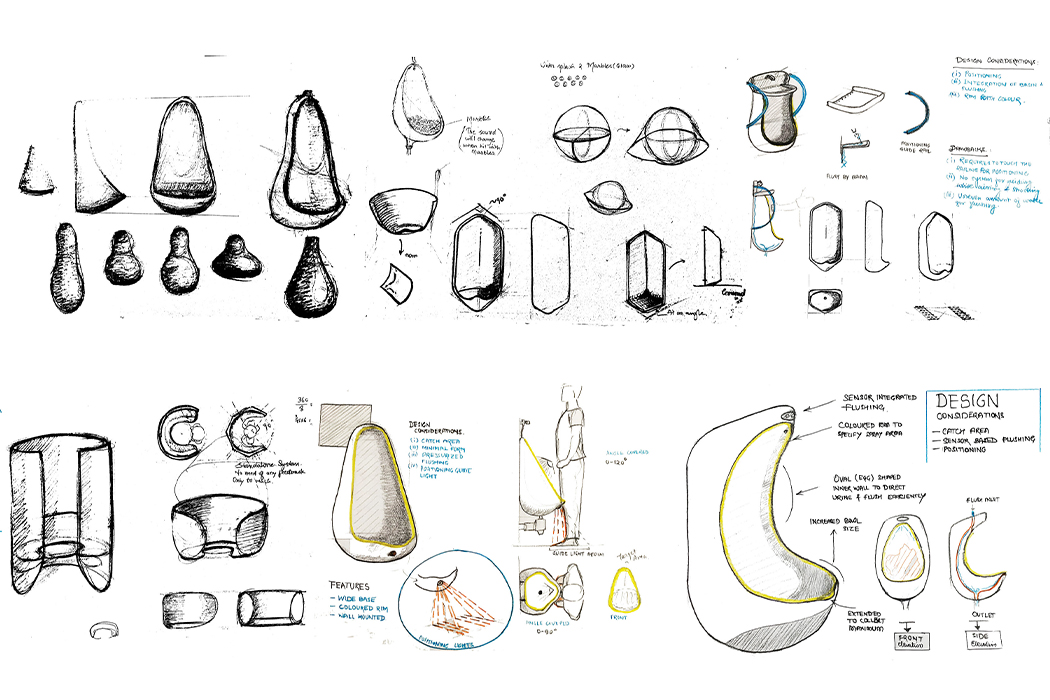 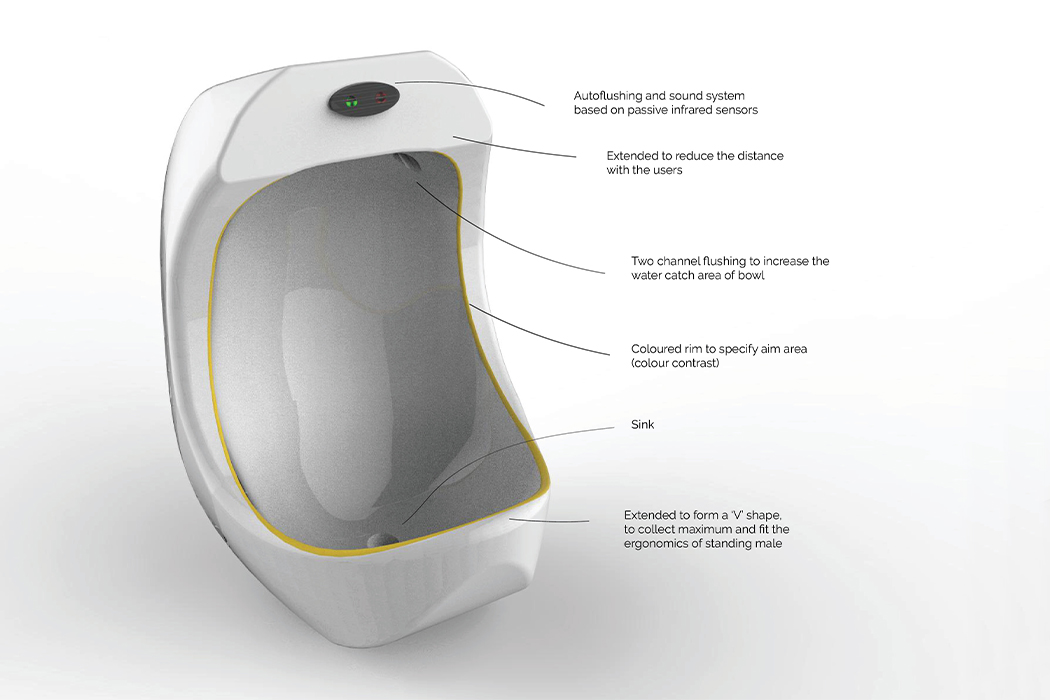 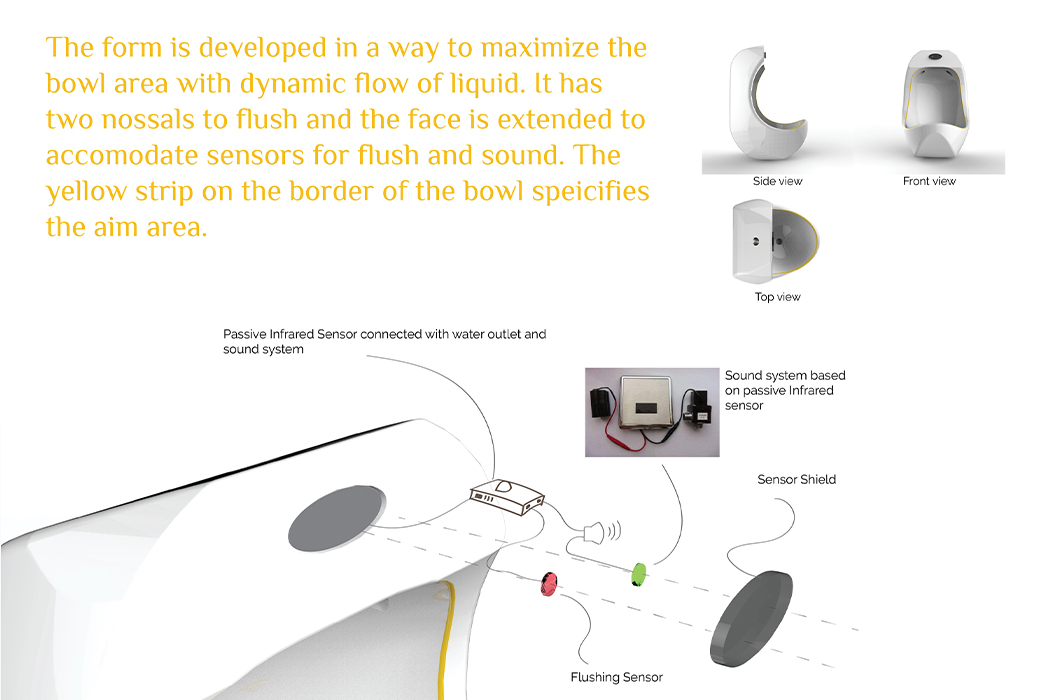 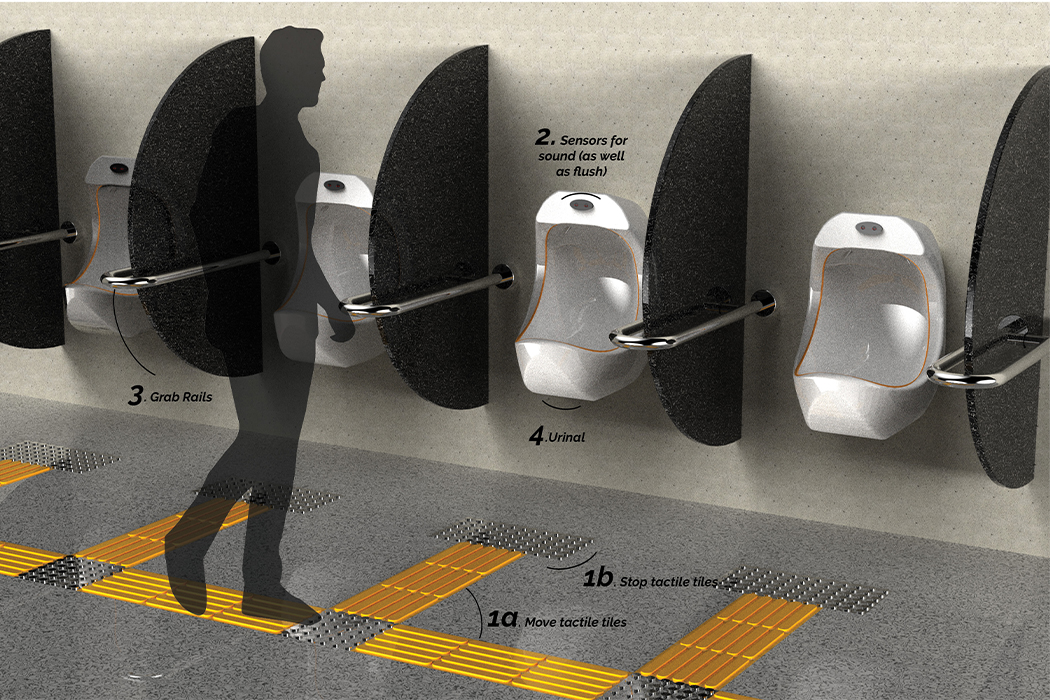 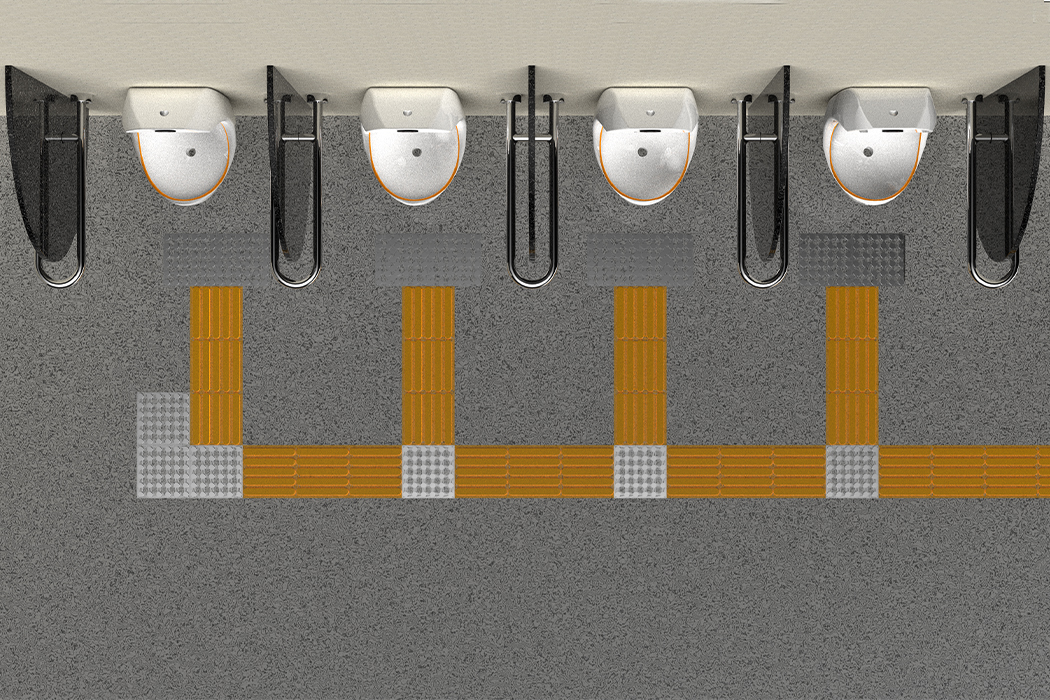 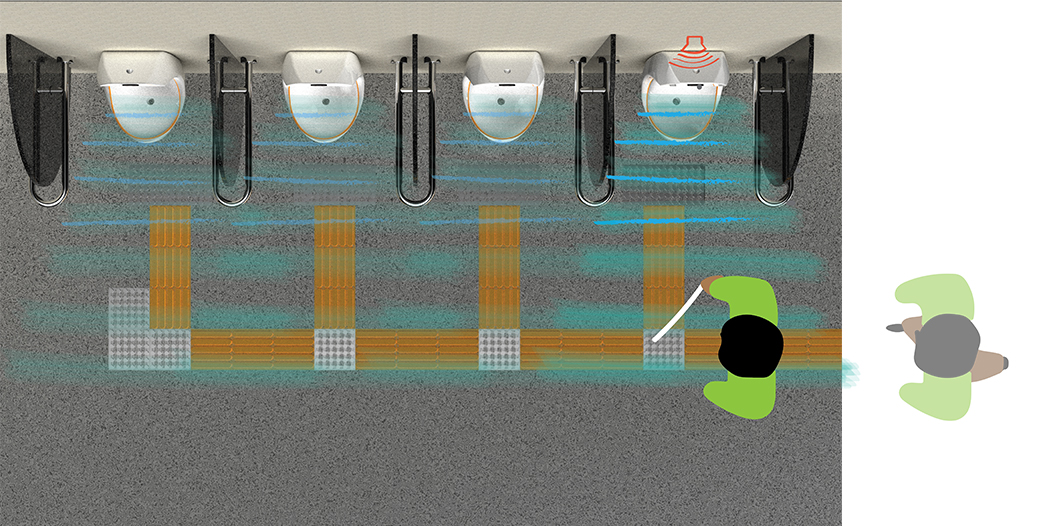 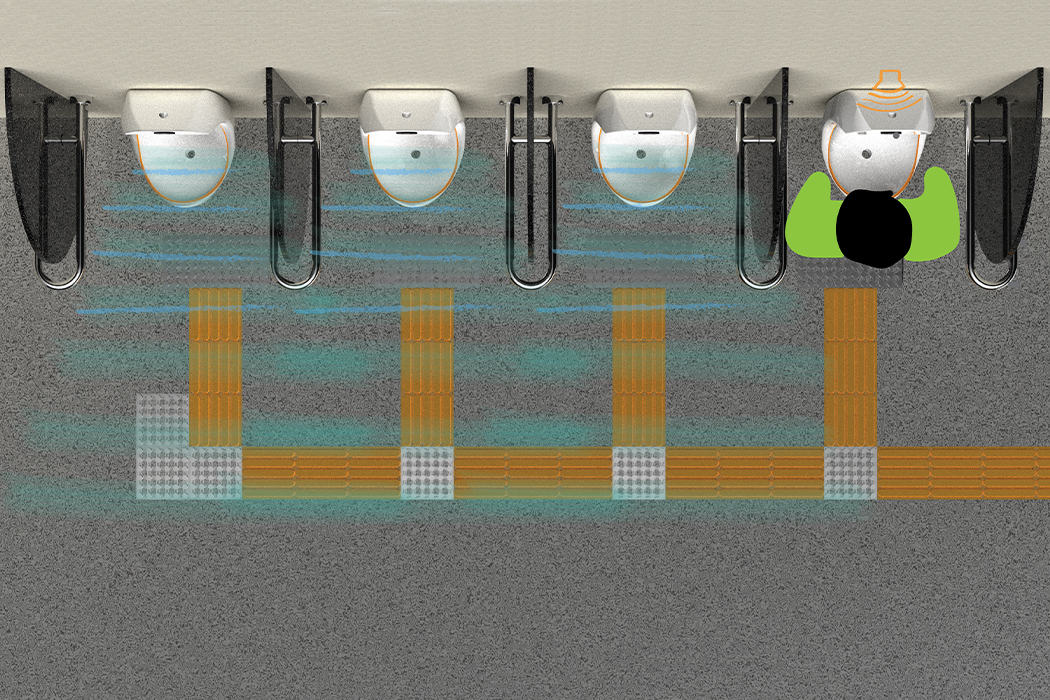 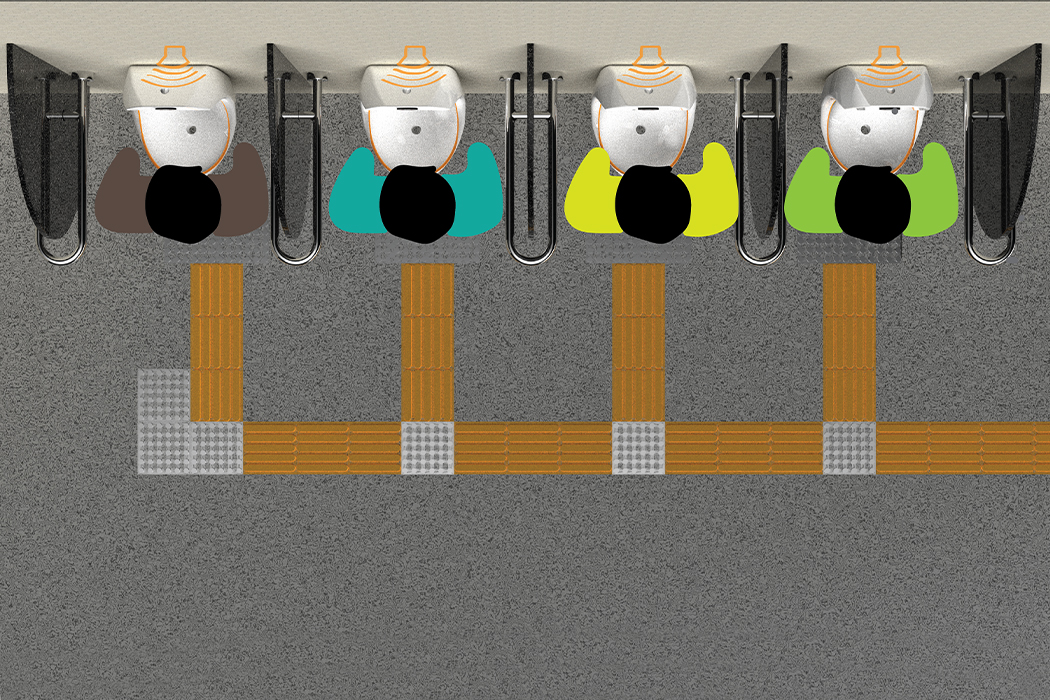 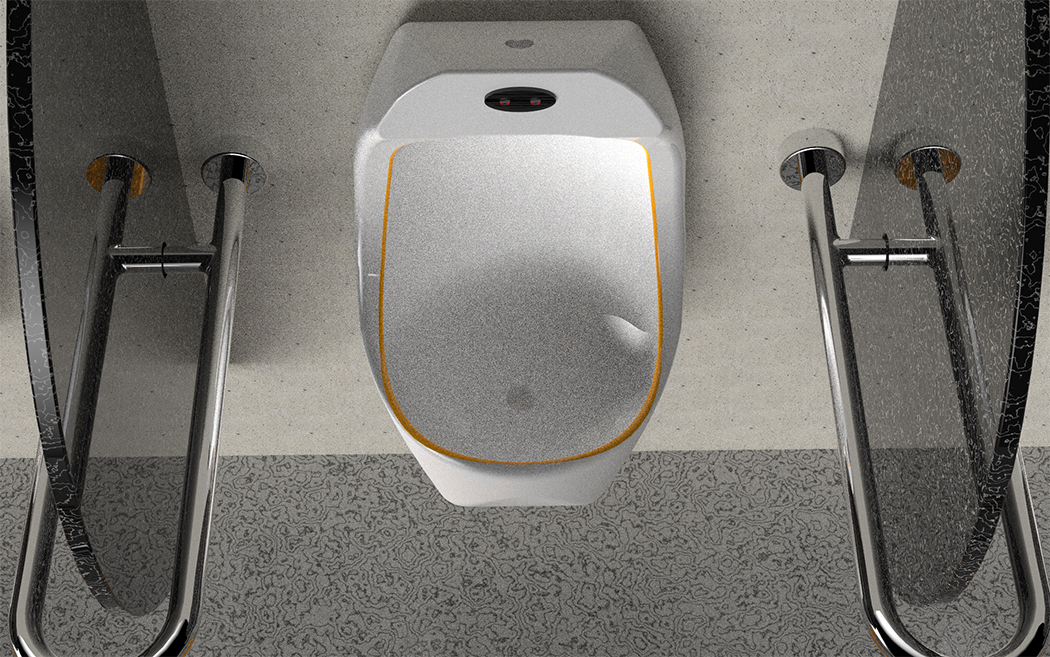 This shower goes both ways

What started as a conceptual design project to monitor water wastage in a household, turned slowly into a real-world project with one rather interesting product…

Don’t Judge a Book by its’ Color

When we walk into the library, the atmosphere is somewhat dreary and cold. Unfortunately, it is not the most inviting of places, we go out…

How many times a day do you look at your wash basin and think, gosh! It’d be super great if I could’ve gotten a lot…