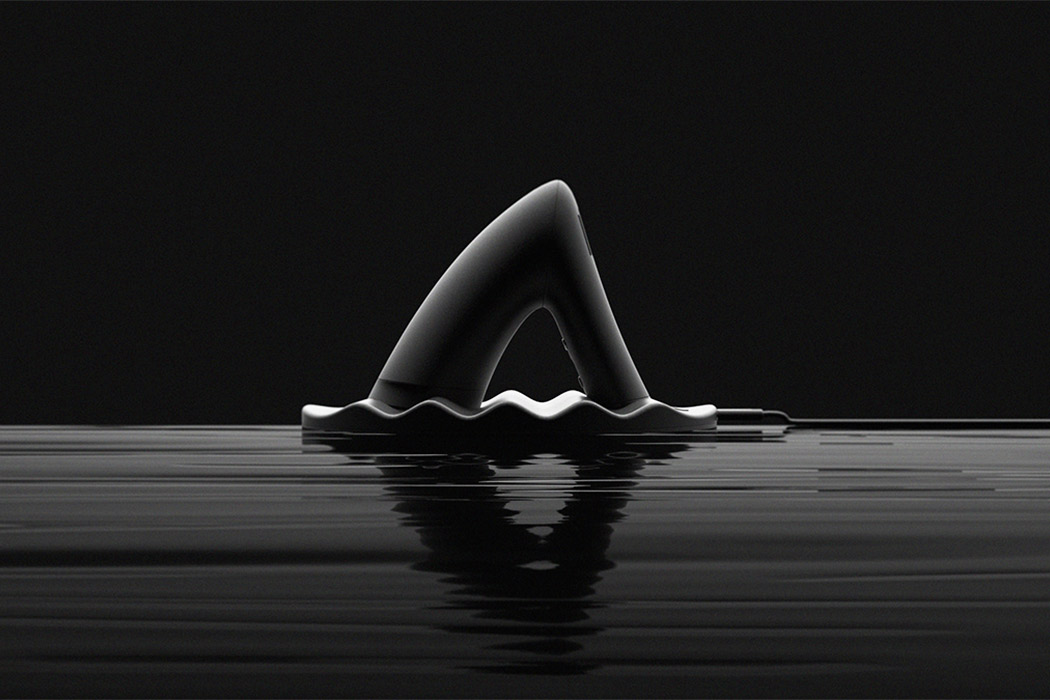 This conceptual wireless shark fin hair dryer was designed for children but I will happily admit that I would love to have one too! Usually, children are not allowed to use hair dryers by themselves because the wires can be dangerous, so a wireless hair dryer with a playful form can solve that issue for us. Wires can also endanger adults so I am declaring this to be a universal design, bring on the shark fins…I meant fans.

The dryer’s ergonomic build is based on the form of an actual shark fin. The shark fin is the dryer and the wireless charging pad has been shaped to form waves – despite not being based on a more joyful fish like the clownfish, the shark fin and waves evoke a sense of childhood nostalgia. The front of the handle has a switch that allows the user to adjust the heat between two levels and also a function that enables a cool blast of air to set your style. There are three glowing lights on the rear side of the handle which indicate when the dryer is on and what battery level it is at. A simple lightning motif on the base marks where the charging cord should go when the wireless device battery is running low. The minimal design and muted colors appeal to users of all age groups.

The ridges of the ‘waves’ base seamlessly blend with the dryer when at rest giving it the look we all recognize from movies, books, and aquariums – the peeking fin! This wireless shark fin hair dryer is a classic innovative product that everyone is bound to love. Anyone else’s brain singing baby shark? 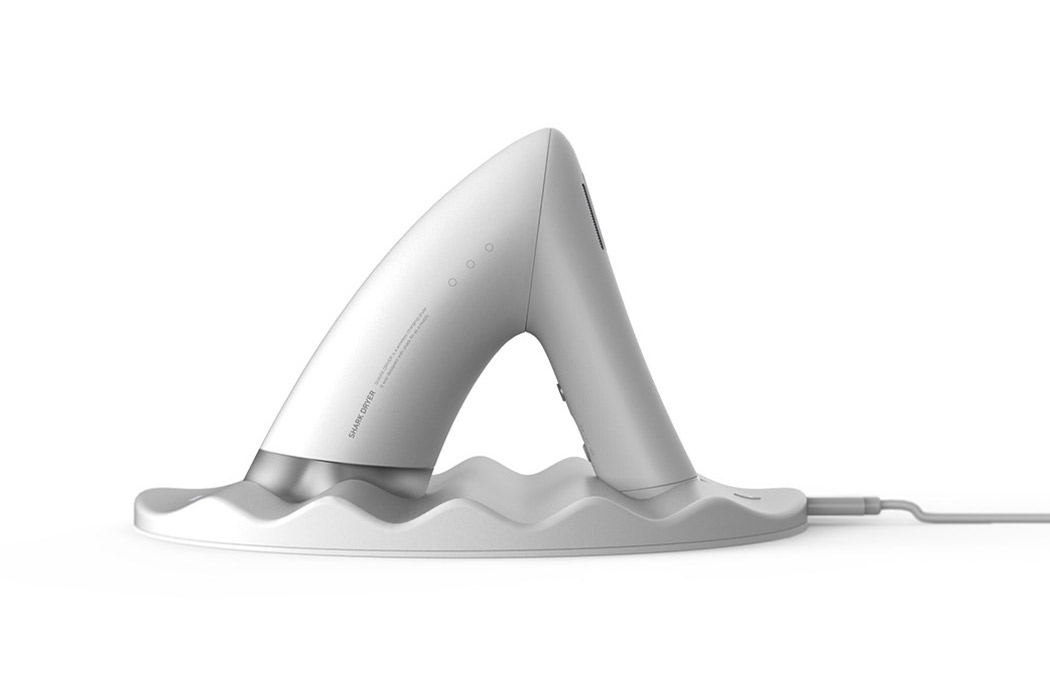 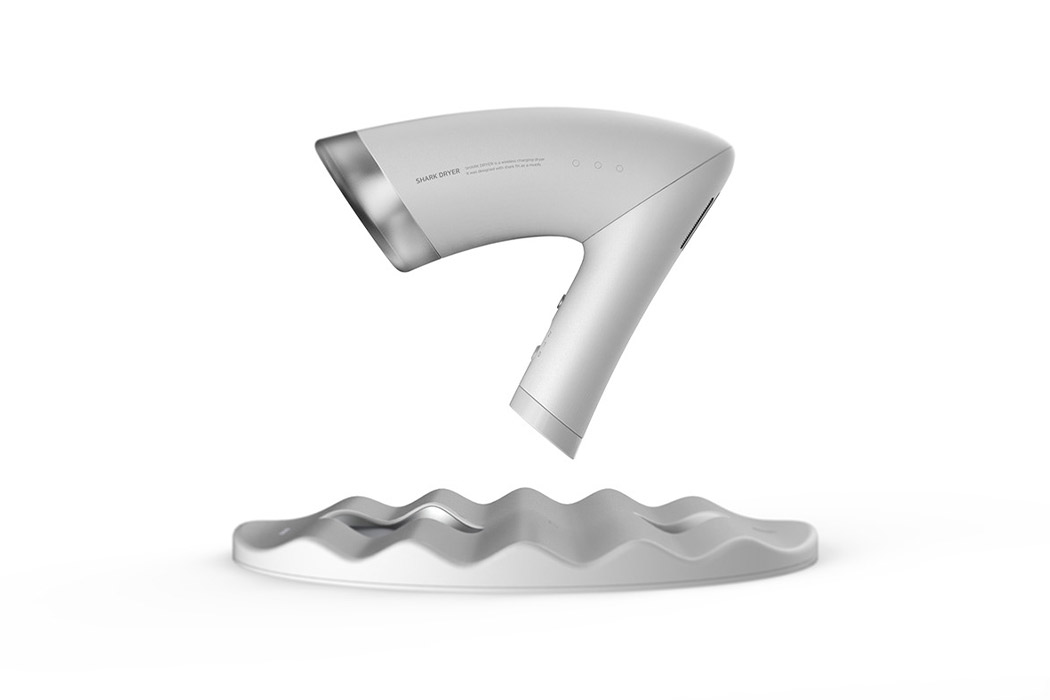 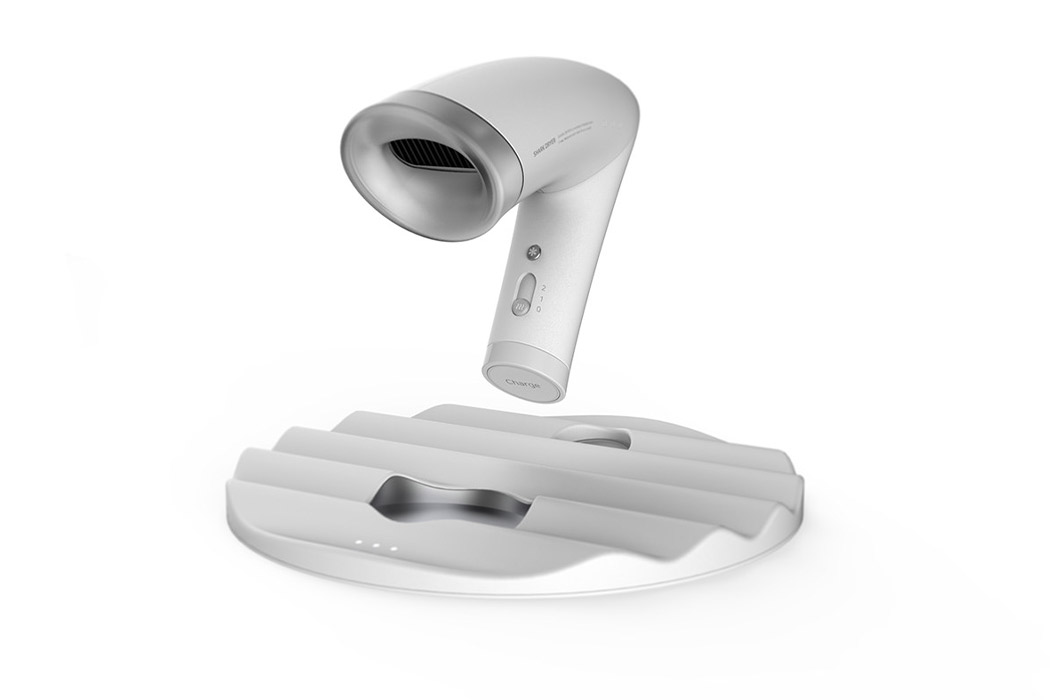 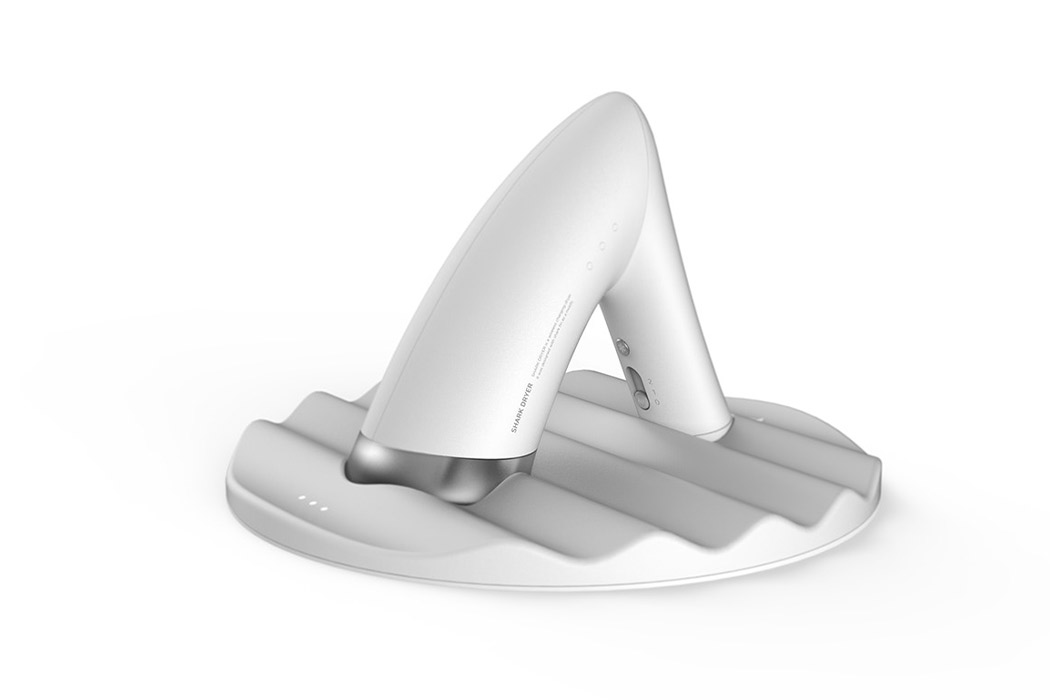 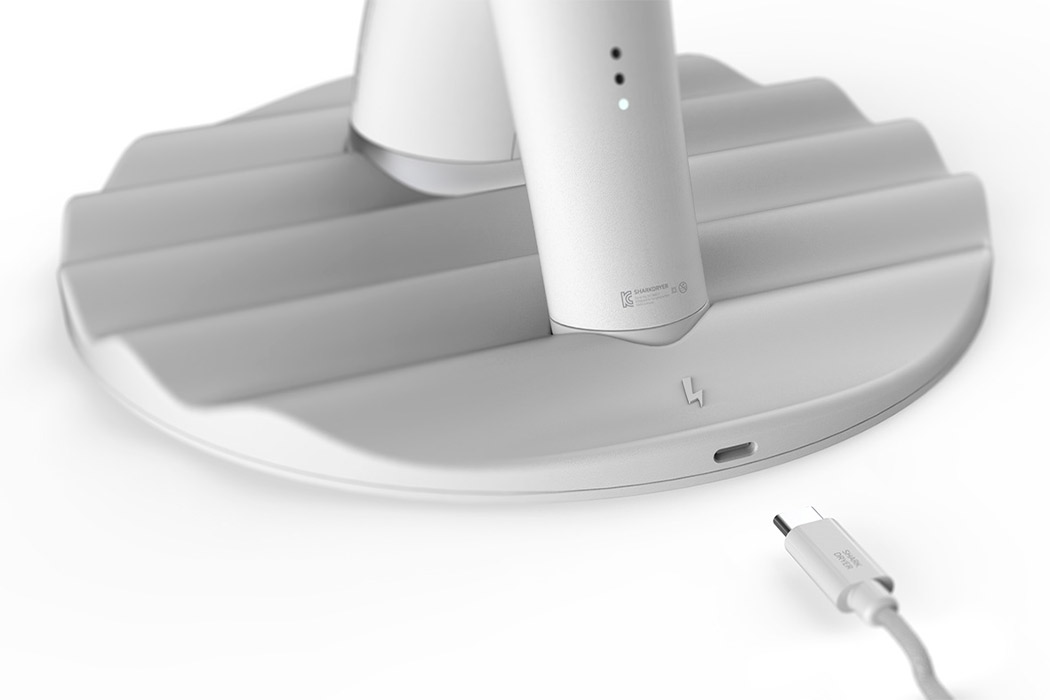 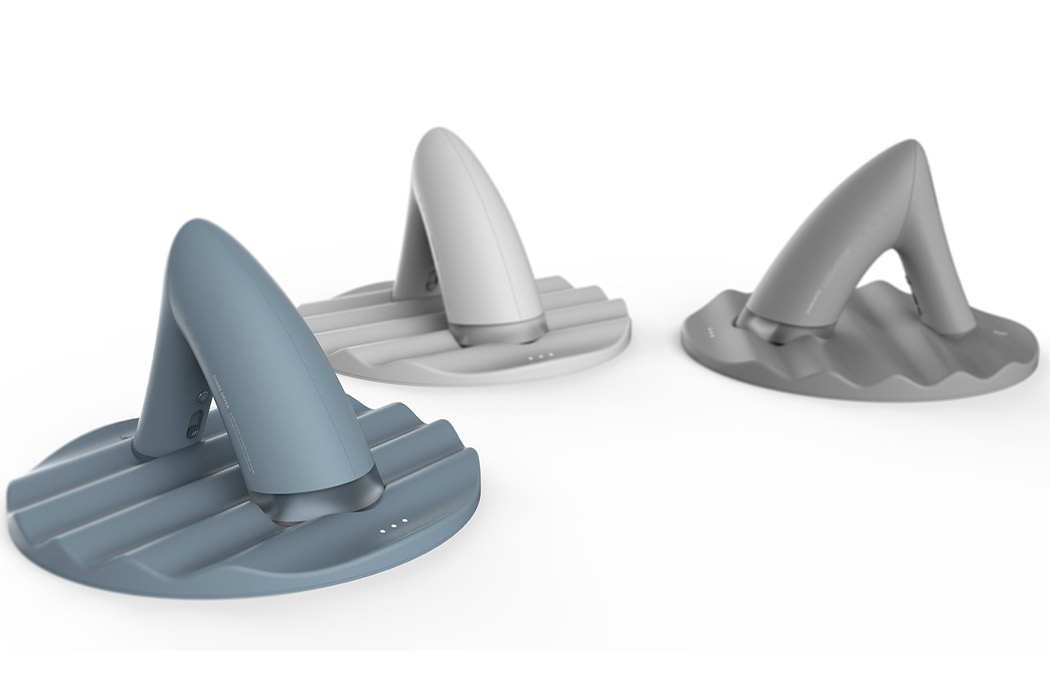 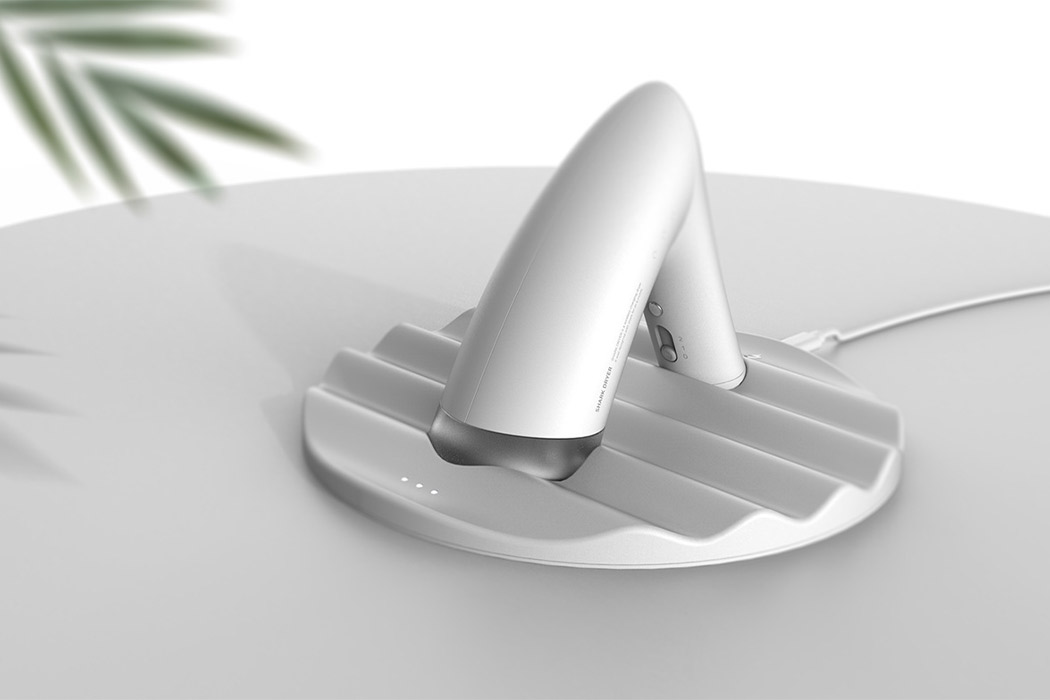 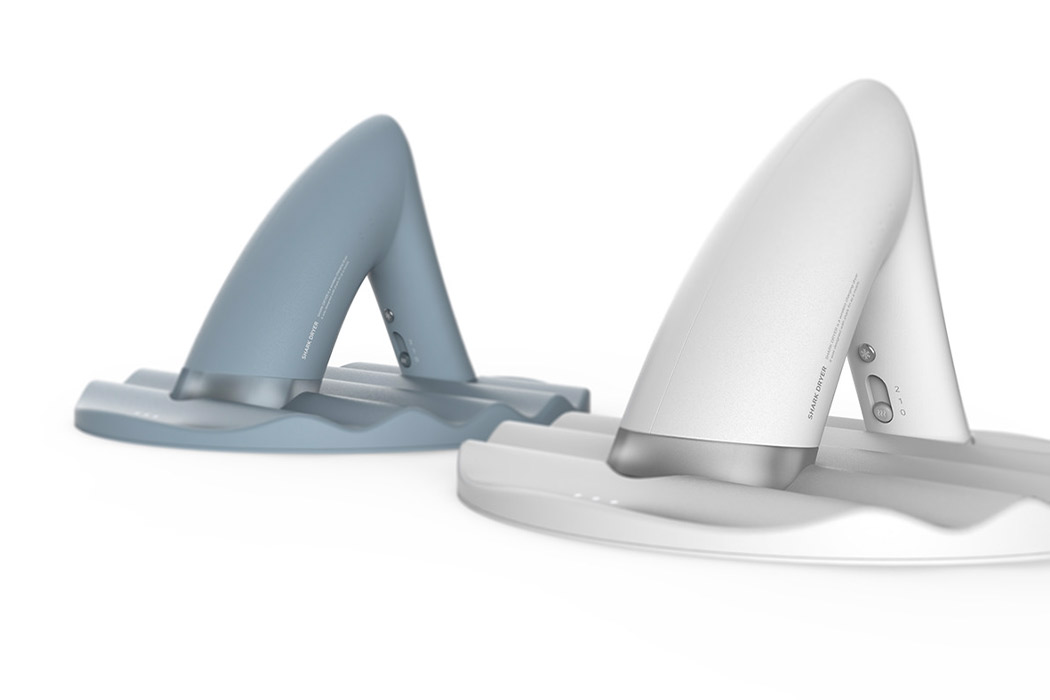 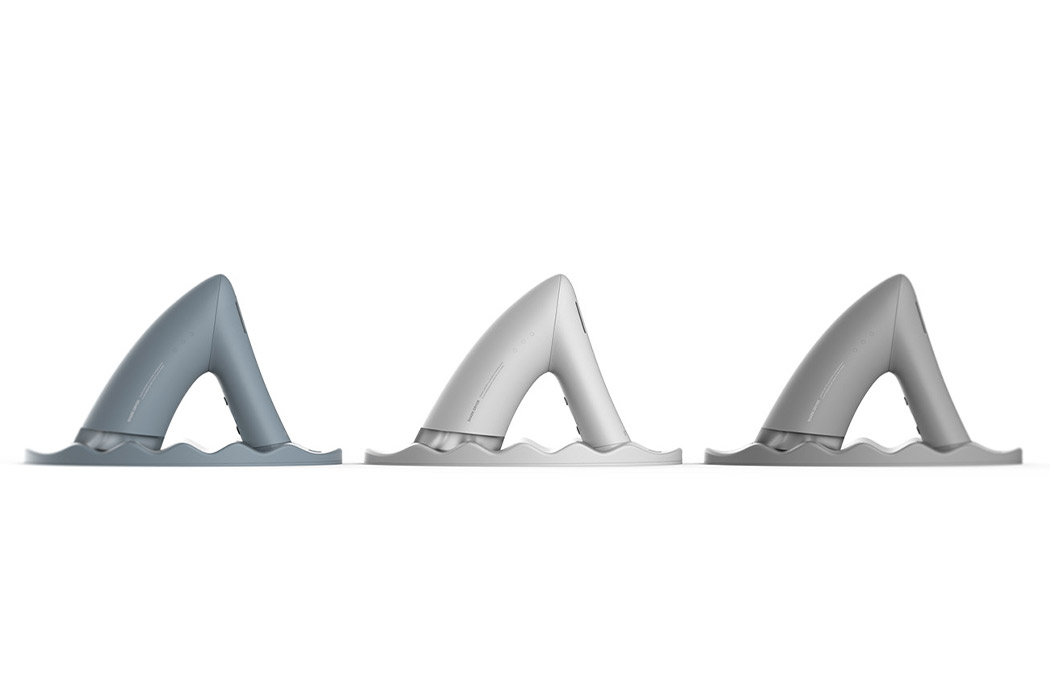 The Inhaler Gets the Hybrid Treatment

Breth explores new ways to prevent simple misuse by combining the functionalities of the traditional inhaler and spacer into a single, easy-to-use unit. The compact…

With an appearance that almost mimics the fragmented beauty of terrazzo, the PVC Bench by UAE-based designer Ammar Kalo relies on a new type of…

As Andrea explains it, the Ag++ Metal Bumper for the iPhone 5 is an aluminium case shaped from a solid aerospace aluminum block by state-of-the-art…

The world’s first travel cutlery set that comes with its own portable spray-based dishwasher!

https://www.kickstarter.com/projects/cliffset/introducing-cliffset Nobody’s ever had the foresight to consider that the majority of people prefer disposable cutlery sets for not one, but for TWO reasons. The…