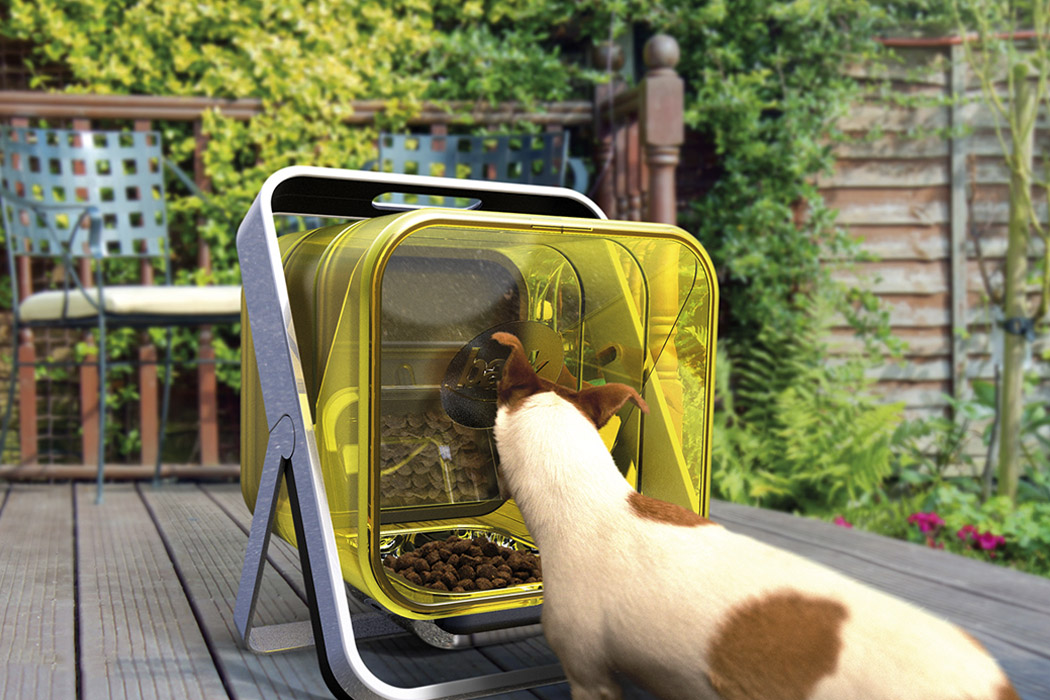 Did you know that your dog is at the risk of contracting Lungworm, especially if you live in the UK or Ireland? Me neither! Basically, Lungworm is a parasitic infection usually picked up from snails and slugs and can prove to be fatal for your dogs. We often tend to keep outdoor feeders for our pets in our backyards and gardens, without realizing that snails/slugs may use the bowl to feed and produce. If your dog, by chance, eats the snail or lick its trail, he can get infected with Lungworm! And with the fact that the snail population has increased by 50% since 2012, it’s a real tangible threat. Taking this issue into consideration, designer Karl Martin designed Bark, an outdoor feeder with a foolproof update!

The feeder looks like a standing yellow box, to be honest, however, equipped with a Makrolon 2407 PC injection-molded body, it’s pretty sturdy. The outer yellow body protects a stainless steel bowl within, which holds your pet’s food. An injection-molded ABS flap functions as a protective layer between your dog’s meal and those pesky snails, slugs and not to mention other insects and creatures (I mean let’s not count out all the other species too). Now you may be wondering whether your doggo would actually go through the trouble of pushing the flap to get to his food?

Worry not! Martin carried out extensive experiments using a mock feeder, wherein firstly the dog detected the scent of the food and followed it to the feeder. The dog’s curiosity wins him over, and he explores further, pushing his snout against the flap in an attempt to reach the food. He is rewarded by the actual presence of the food, and he is conditioned to believe that this strange structure will provide him with his daily meals. Besides being highly functional, Bark puts your pet’s health and safety first, and not to mention its bright and cute aesthetics make it quite appealing. I didn’t know dog feeders could be this innovative and cool! 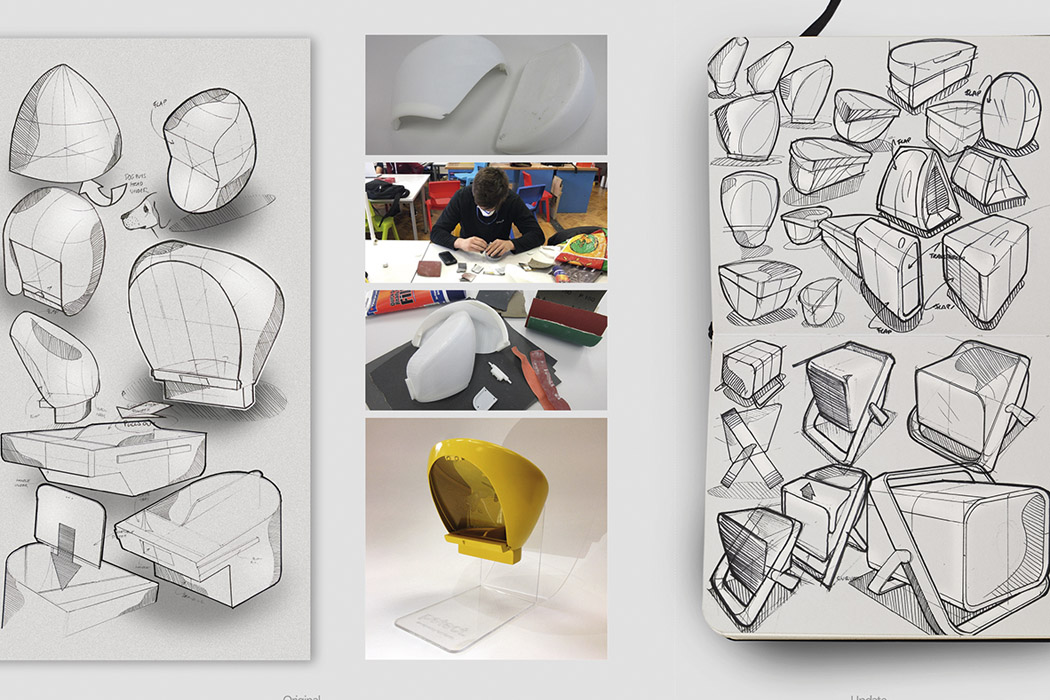 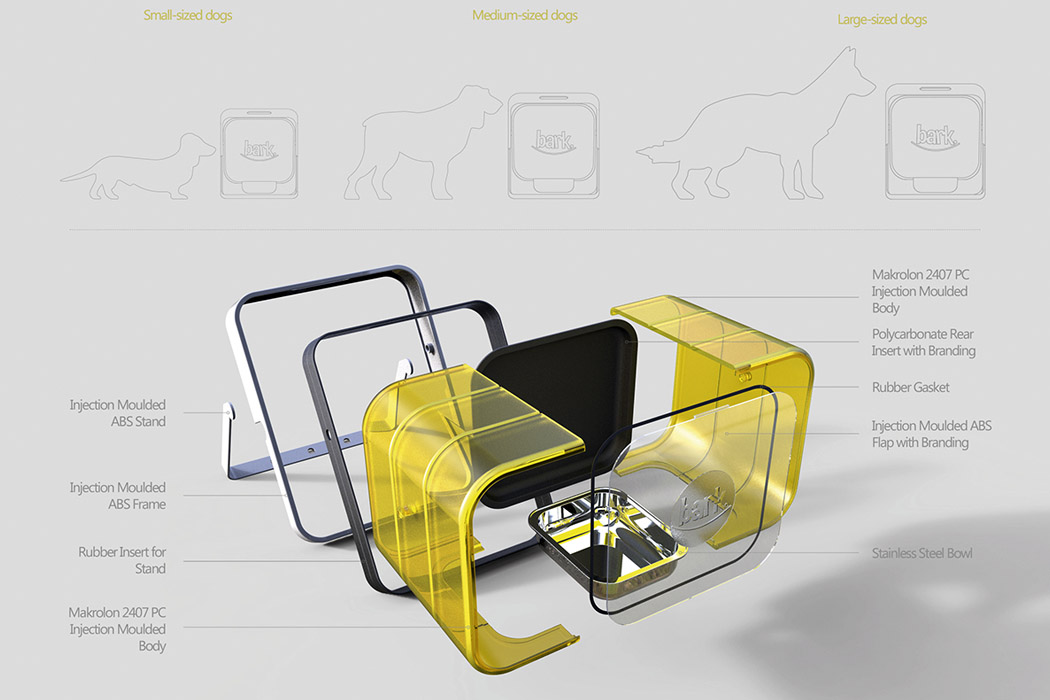 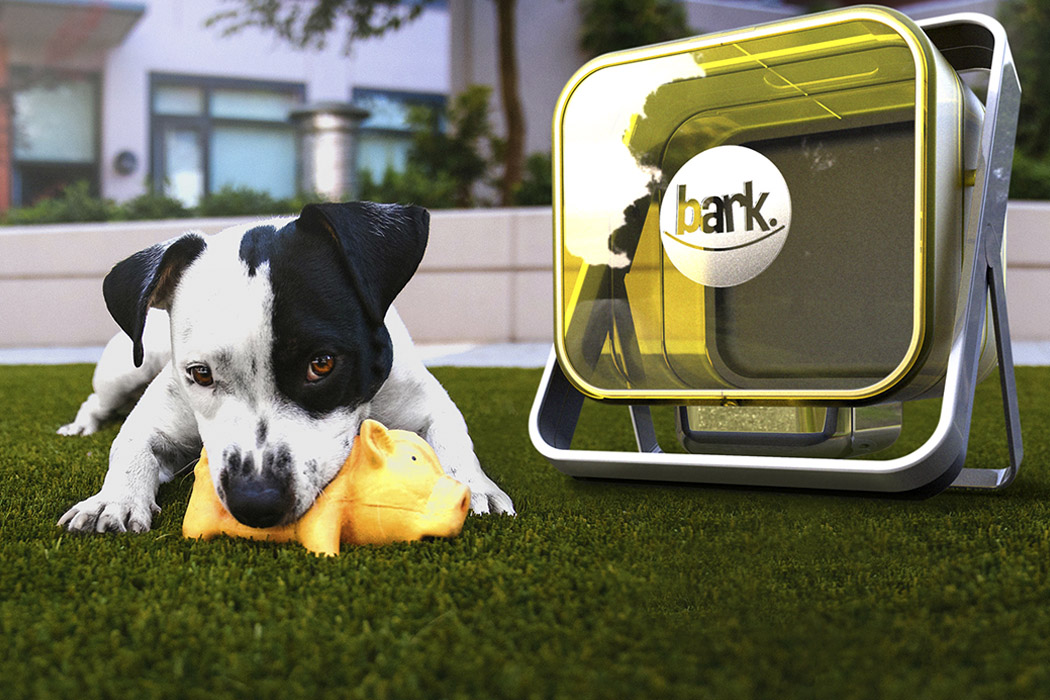 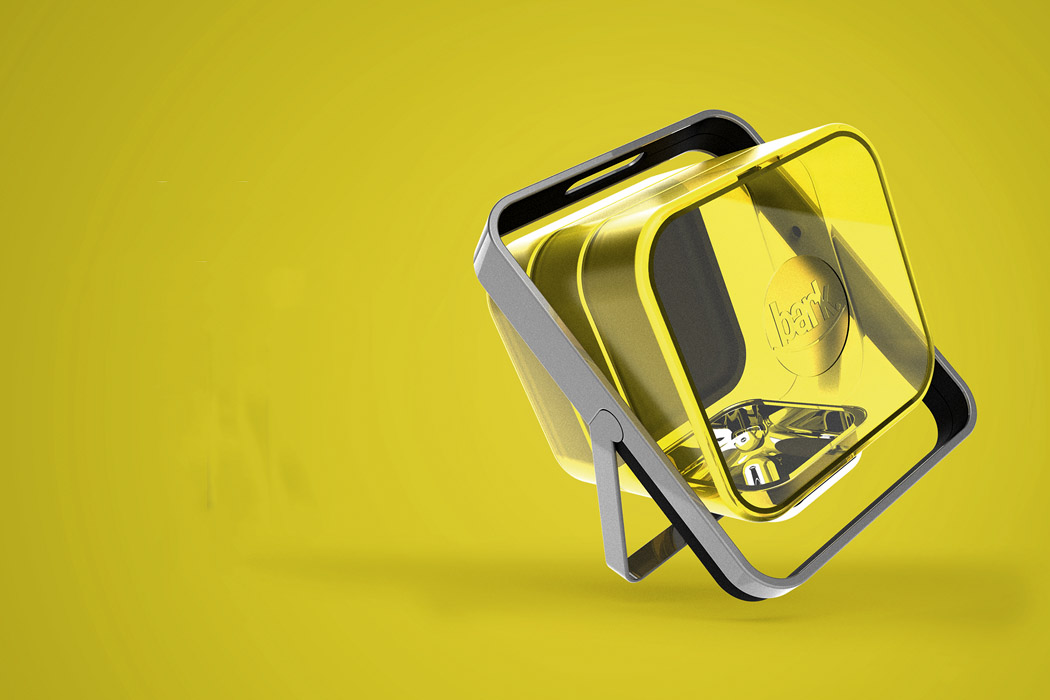 HOW TO STICK IT IN…

We have all been there before. It’s late, you’ve had a few drinks, you really want to get your “creative” juices flowing. You have an…

These veggie-shaped sand toys help kids cultivate a love for nature… and vegetables!

Turn anything into a game and kids are sure to be more receptive to it! I mean, it’s easier to feed a child using the…

No Worries, You Can Fall

One of the biggest bnummers of any sport is the fear of injury from falls and winter sports are no different. Here is a jacket…