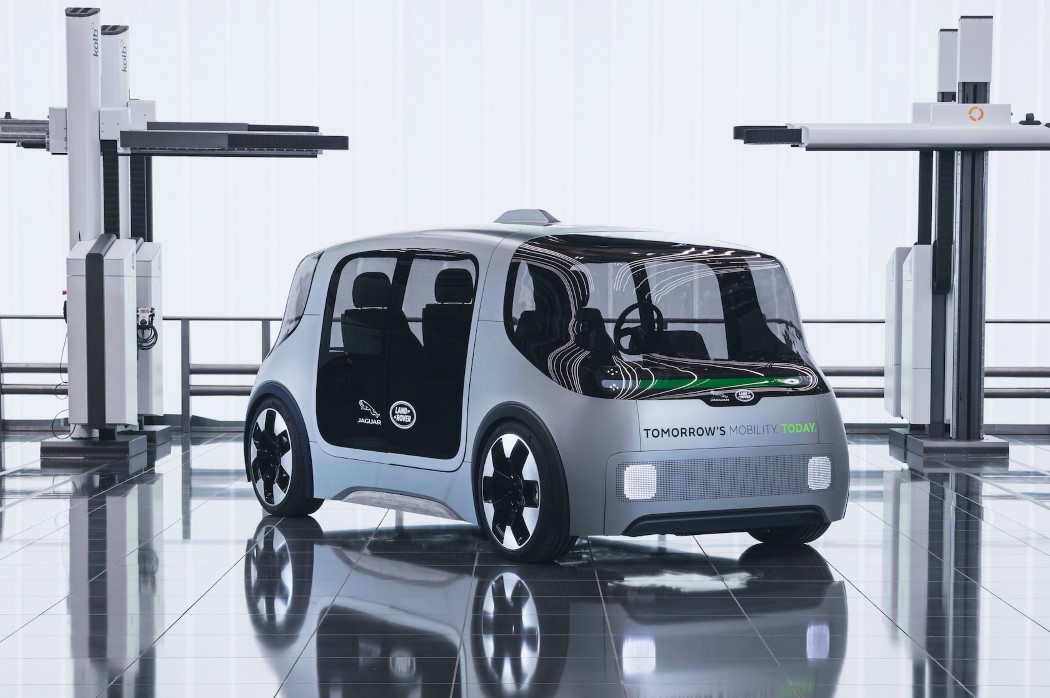 Joining the ranks of companies like Toyota, Honda, Volvo, Volkswagen, and many more, Jaguar Land Rover has unveiled its hitherto secret Project Vector, a self-driving pod that aims to usher the company into the future of mobility and achieve its goal of reaching Destination Zero. What is Destination Zero, you ask? “Jaguar Land Rover’s Destination Zero mission is an ambition to make societies safer and healthier, and the environment cleaner. Delivered through relentless innovation, the company’s focus is on achieving a future of zero emissions, zero accidents, and zero congestion – through its products, services and across its facilities”, says the JLR team behind Project Vector.

The Vector is a boxy, multi-use electric pod with self-driving capabilities. Developed at the Warwick University’s National Automotive Innovation Centre (NAIC), CEO of Jaguar Land Rover, Sir Ralf Speth revealed that the project’s been in development for several years, and is all set for on-road trials in Coventry next year.

The Project Vector pod offers autonomous driving as an option, rather than be fully self-driving. This means the pod still comes with a traditional driver’s seat and steering wheel, but it offers internal flexibility, allowing the front seats to rotate 180° and face inwards, creating a more social environment. This allows the Vector to be used in a variety of formats with multiple seating configurations, for private, shared, or even commercial use. The compact vehicle measures a mere 4 meters in length and comes with an all-new “skateboard” platform that houses all the electronics and mechanics in a pallette right below the car. This frees the upper half of the car up, allowing for a much more spacious interior, with large, panoramic glass panels on the front and back, and french-window-style all-glass sliding doors on either side that allow you to embark and disembark with ease.

This isn’t JLR’s first project in the autonomous sector. The company revealed a quirky conceptual pod with ‘virtual eyes’ that could help communicate the car’s intent with pedestrians and nearby drivers! 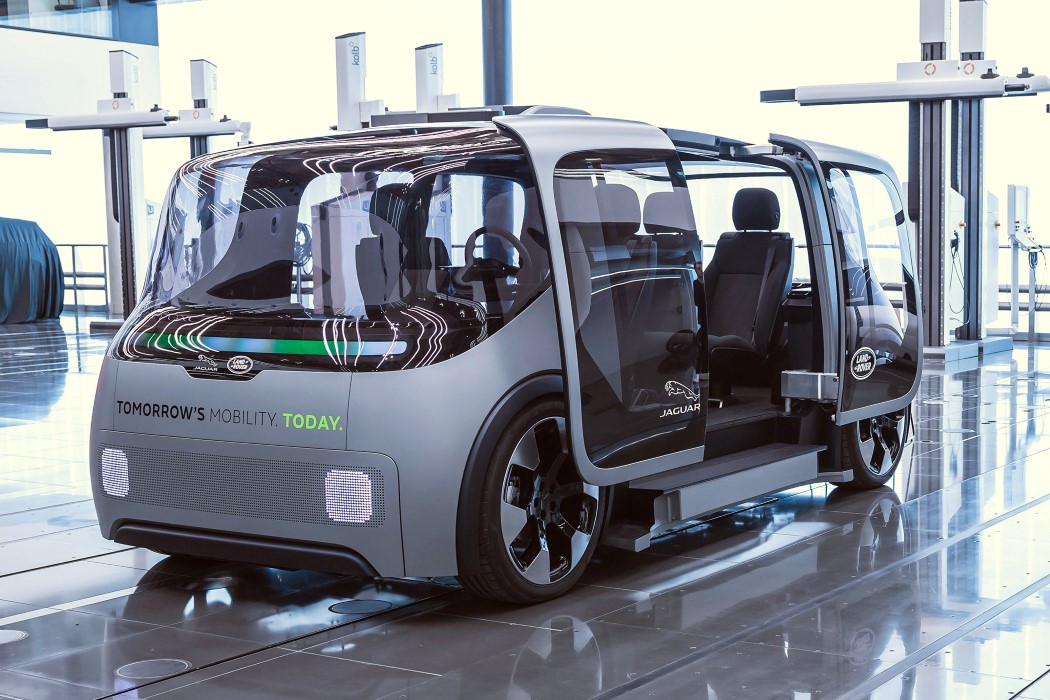 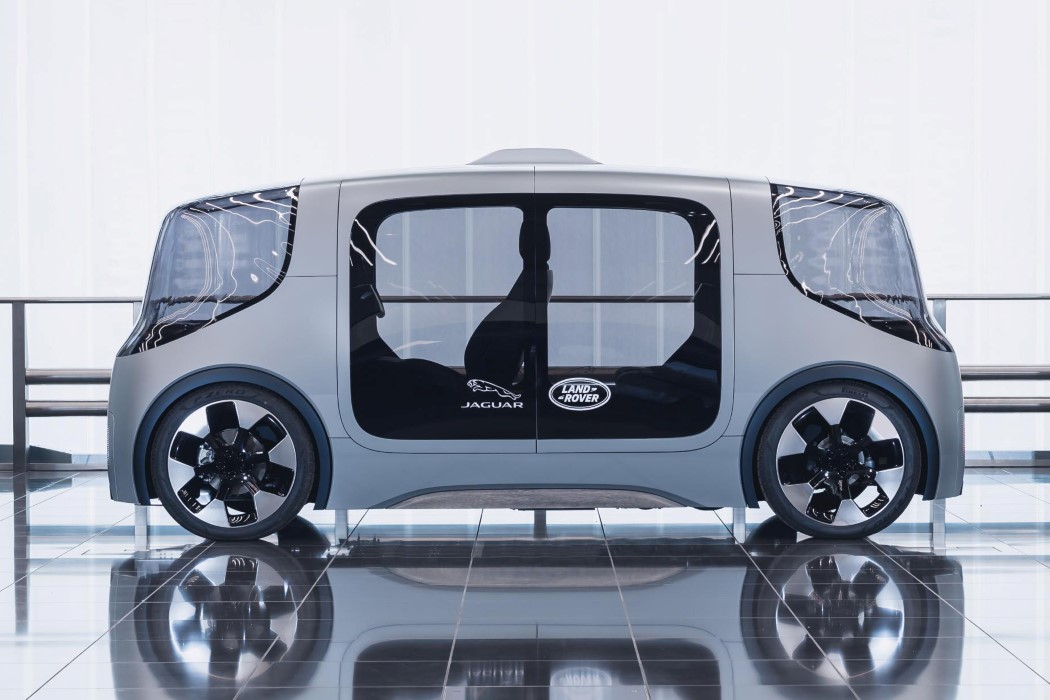 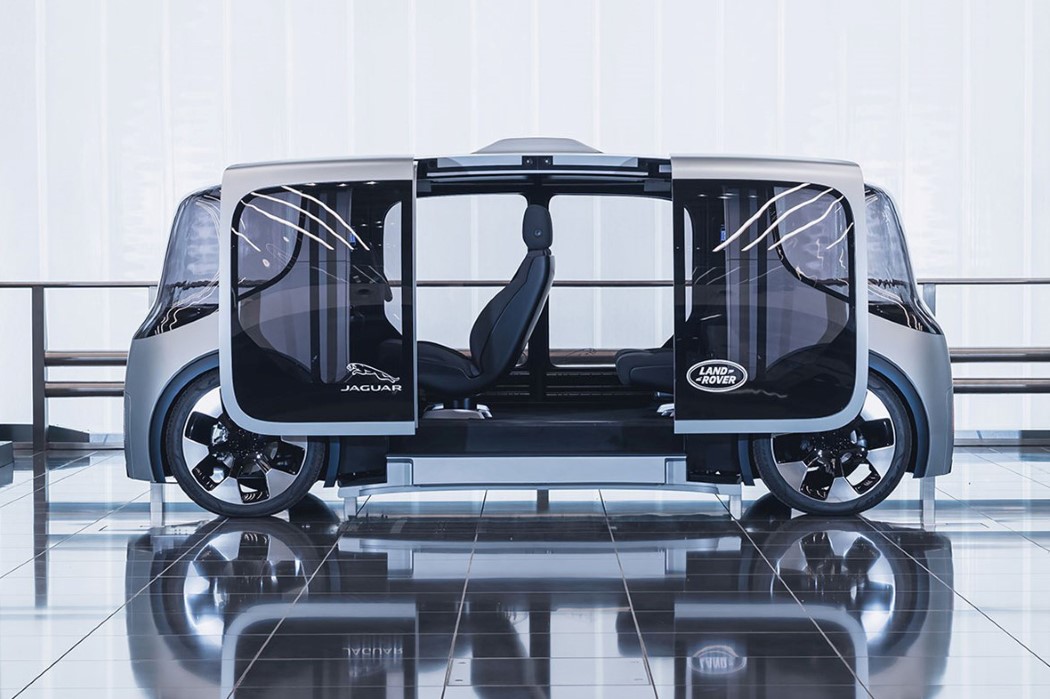 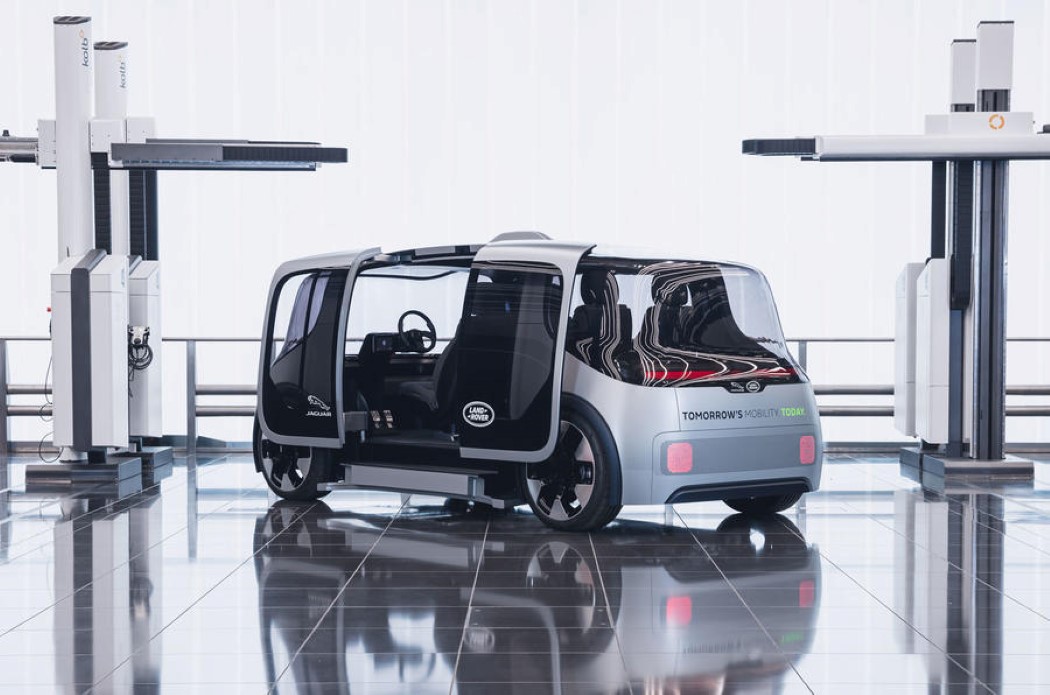 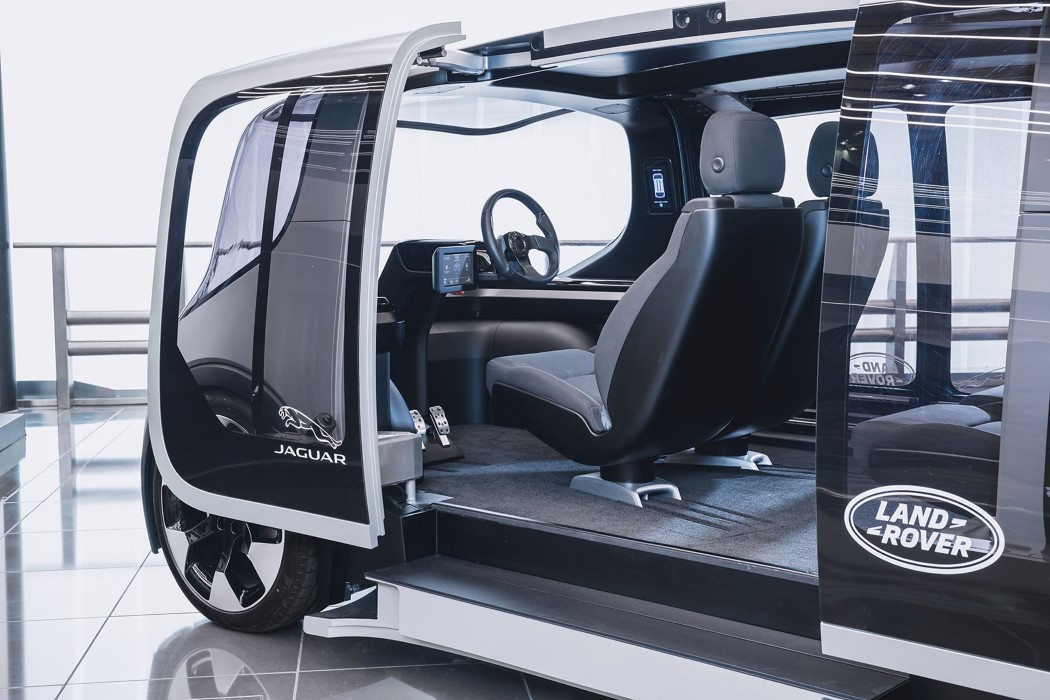 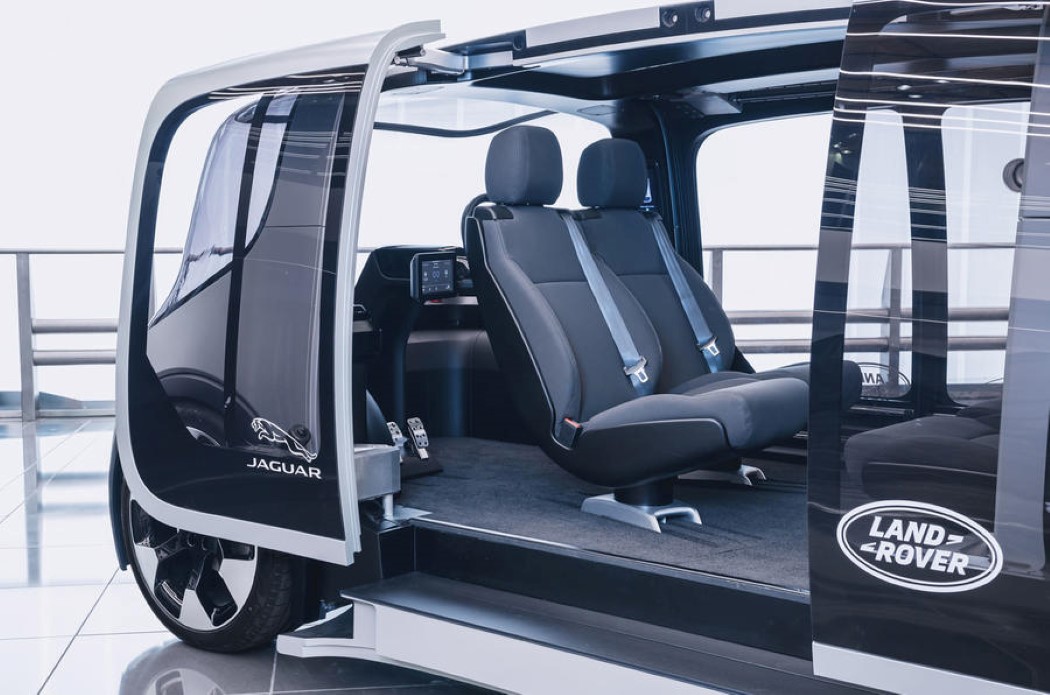 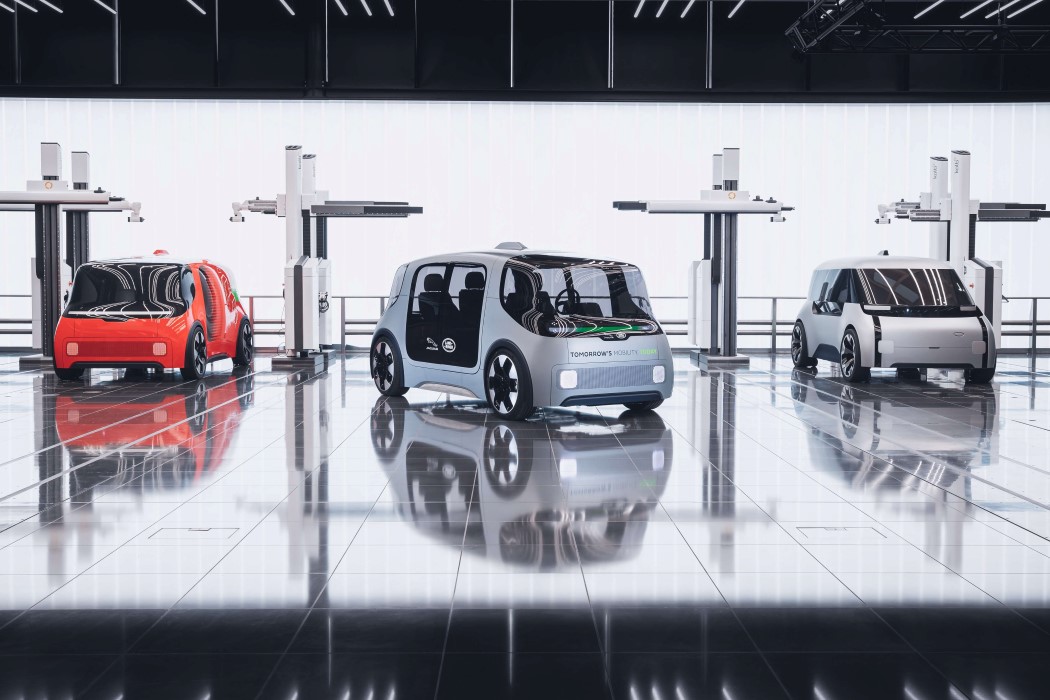 I hate getting behind a bus in traffic! The nasty, smelling, diesel fuel exhaust smoking up the road in front of me. It stinks, and…

A designer fused a Lamborghini, Cybertruck, and DeLorean into one badass automobile

The fusion automotive concept is so cool, humans don’t deserve to drive it. Meet the E.V.E. Countach, a Lamborghini with strong Back To The Future…

The good folks at Suzuki are serious about going green and have been spotted testing their latest concept, the Suzuki Crosscage Hydrogen Fuel Cell Motorcycle….