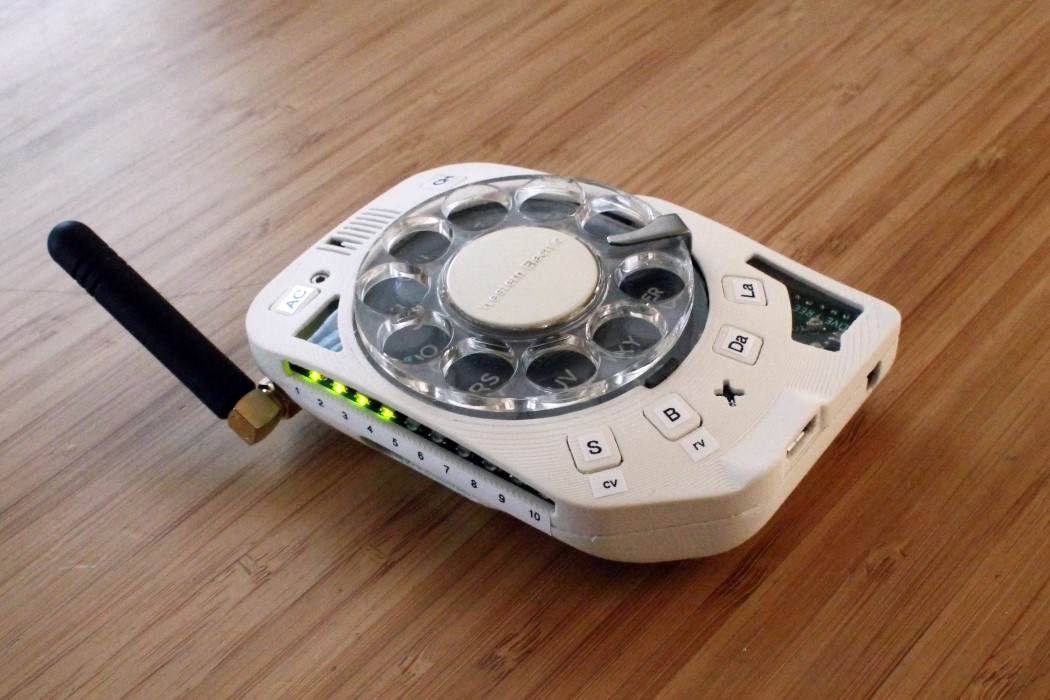 If you’re looking down at your smartphone right now as you read this, try to look beyond the illuminated pixels and fathom the amount of un-understandable technology that’s gone into making that thin smart-slab you’re holding between your fingers. In a mere span of 20 years, we’ve gone from landline telephones (which aren’t entirely complex) to giz-whiz 4G LTE touchscreens with the ability to upload and download immense amounts of data in split seconds. Skilled (and definitely eccentric) maker Justine Haupt decided to craft herself a cellphone from scratch… without touchscreens and those fancy cameras and chipsets. This absolute Macgyverian beauty comes in a relatively handy format, with an e-ink display, an adjustable antenna for impeccable service, and get this… a rotary dial!

“Why a rotary cellphone? Because in a finicky, annoying, touchscreen world of hyperconnected people using phones they have no control over or understanding of, I wanted something that would be entirely mine, personal, and absolutely tactile, while also giving me an excuse for not texting. The point isn’t to be anachronistic. It’s to show that it’s possible to have a perfectly usable phone that goes as far from having a touchscreen as I can imagine, and which in some ways may actually be more functional”, says Haupt, who’s not only put together the functioning device from scratch but also made all the code and design files available online for other people to build their own dumbphones.

Say hello to possibly the best version of the dumb-phone. It doesn’t need a screen protector, still fits in your pocket, allows you to go through the day without texting, lets you be available yet selectively social (nobody would expect you to dial a 10 digit phone number on that monstrosity)… and Justine isn’t just proud of her creation but says it’s arguably better than most smartphones and she intends on making it her primary phone. The Rotary Cellphone comes with a real, physical, detachable antenna that you can position to get perhaps the best service possible on a mobile device. In fact, an LED strip along the side indicates signal strength (and goes up all the way till 10 bars, rather than the small icon on your phone that only shows 4 bars). The phone’s rotary dial provides a uniquely tactile dialing experience that you may either love or hate, and Justine even added a few speed-dial buttons on the body too. Needless to say, apart from excellent reception, the battery life on the Rotary Cellphone is pretty long too, thanks to the presence of a low-energy e-ink display that functions as a caller ID as well as notification area.

The most important takeaway from Haupt’s experimental swellphone/hellphone (depending on which way you look at it) is the fact that she understands how it works. It’s a device that isn’t mysterious to her, and does exactly what she needs it to do, which is make and receive calls fabulously, even while on the move. No more, no less… and you’ve got to admit it does look a whole lot cooler than that always-connected slab of glass, metal, and silicon you have in your pocket. 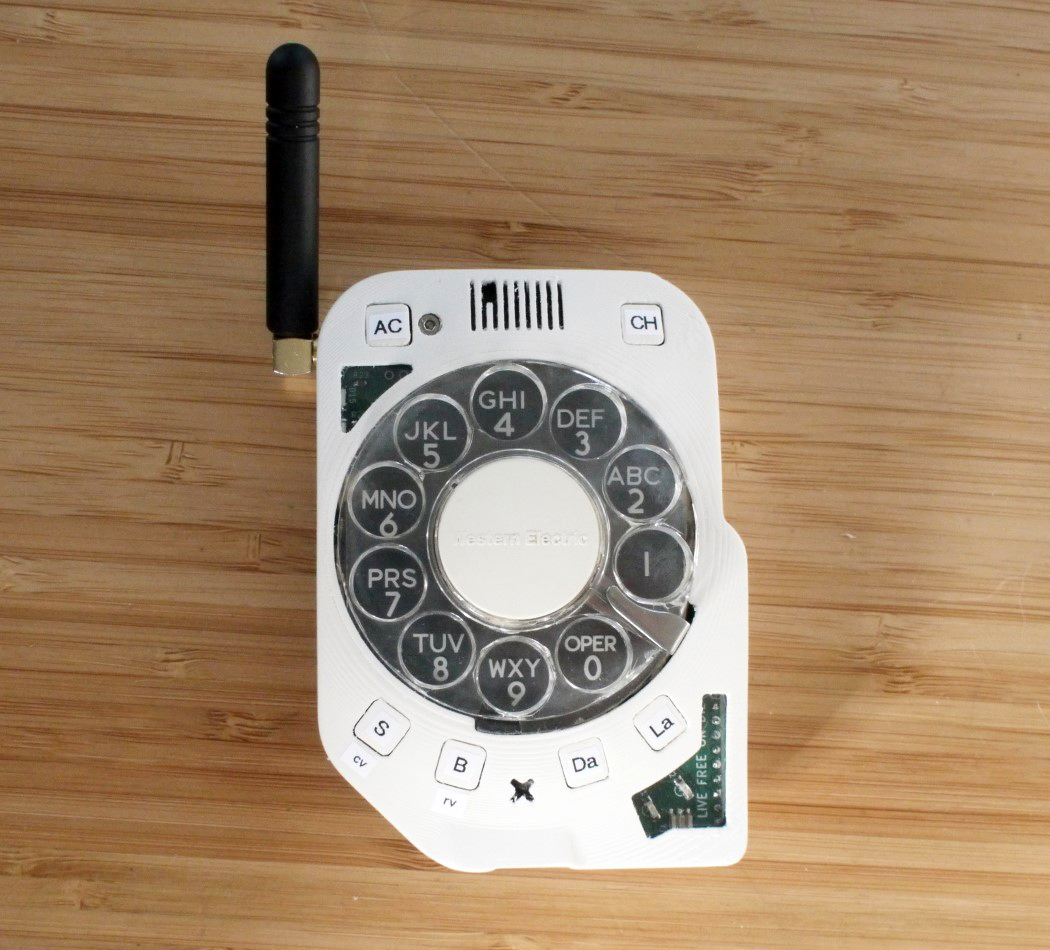 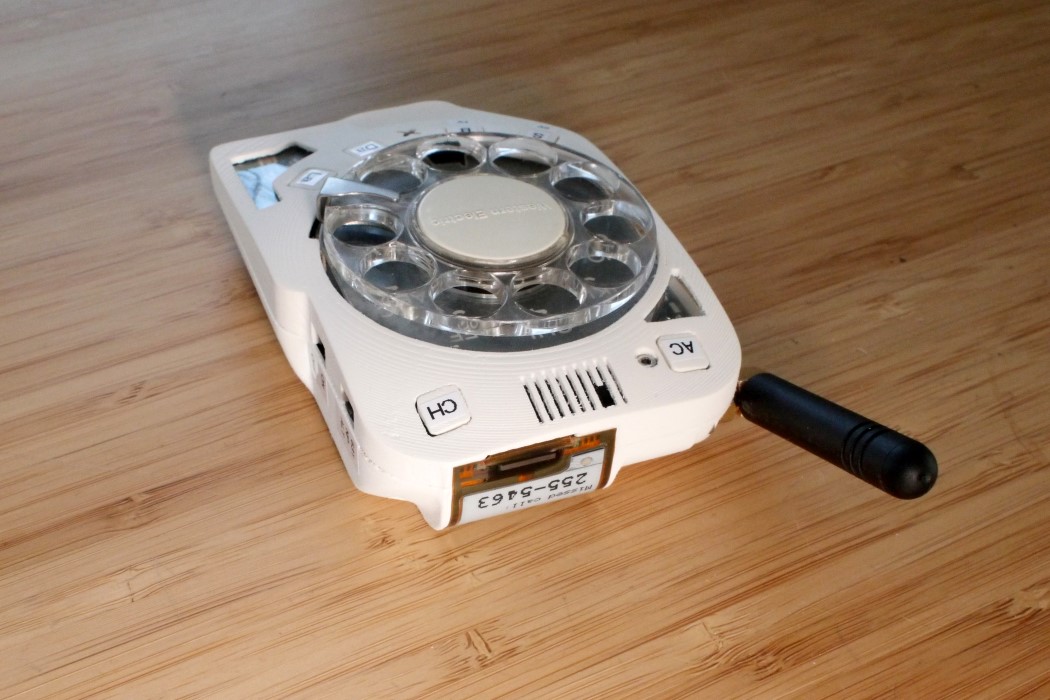 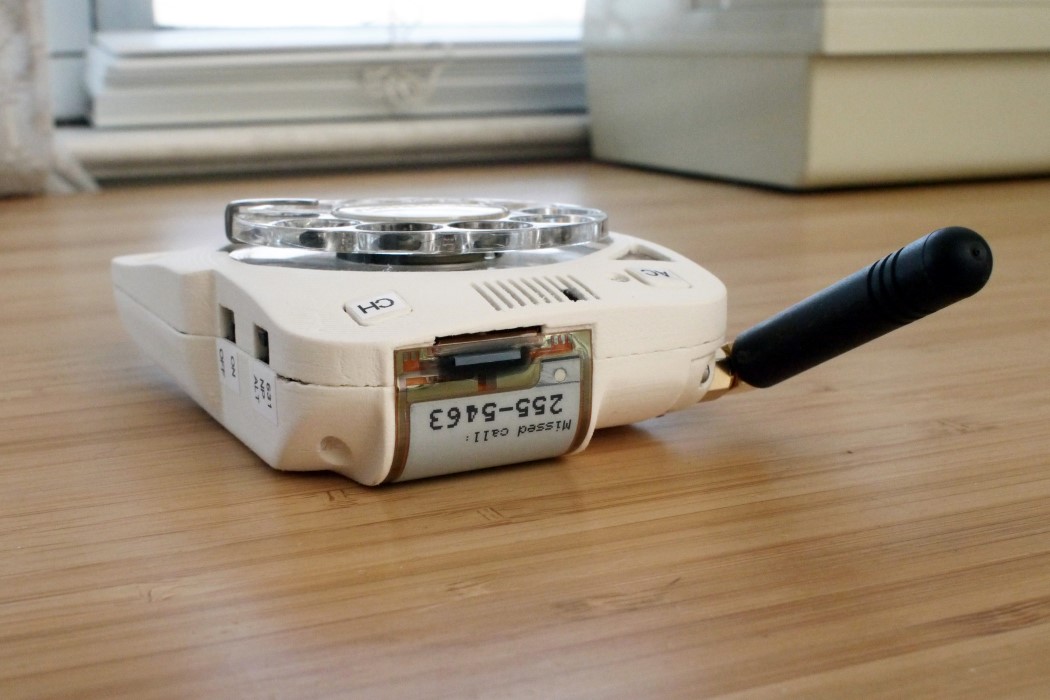 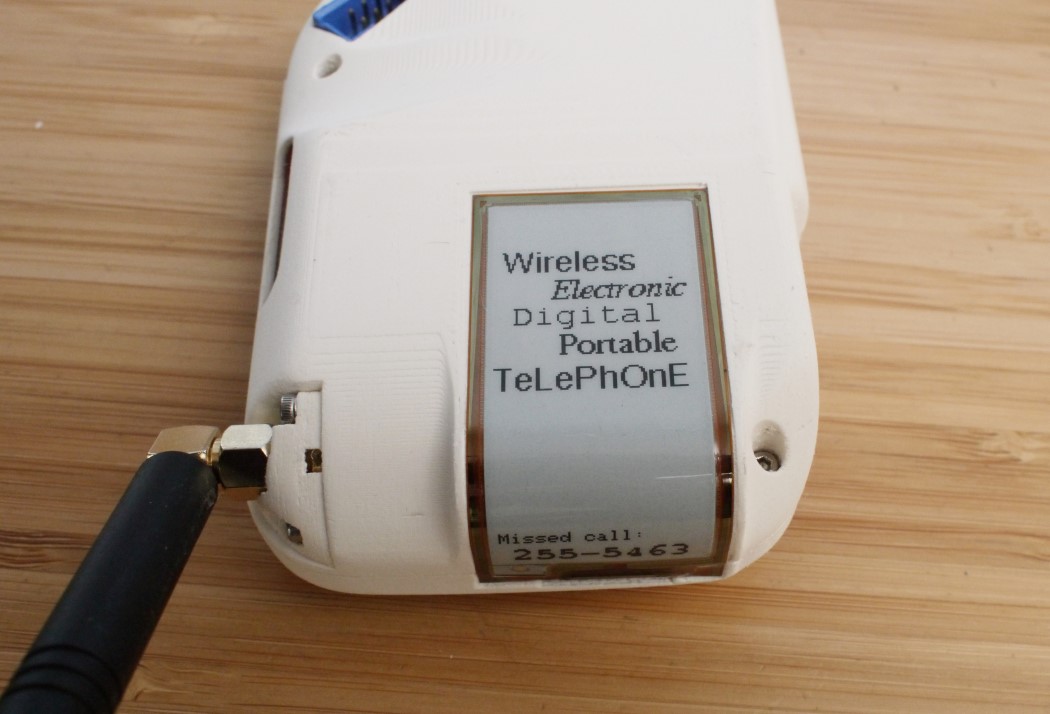 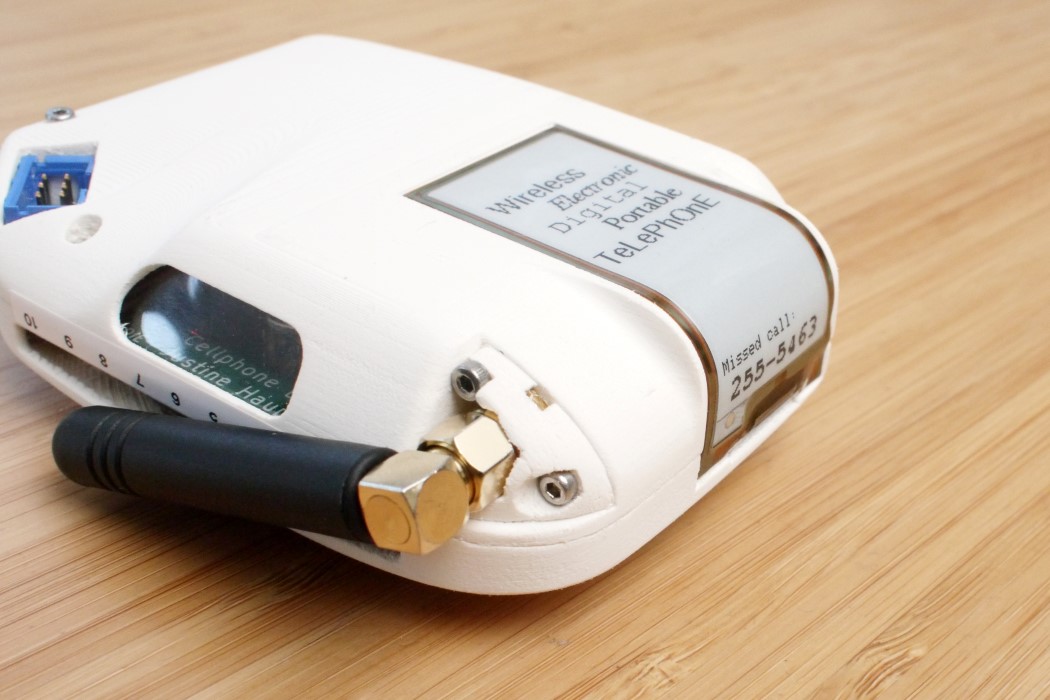 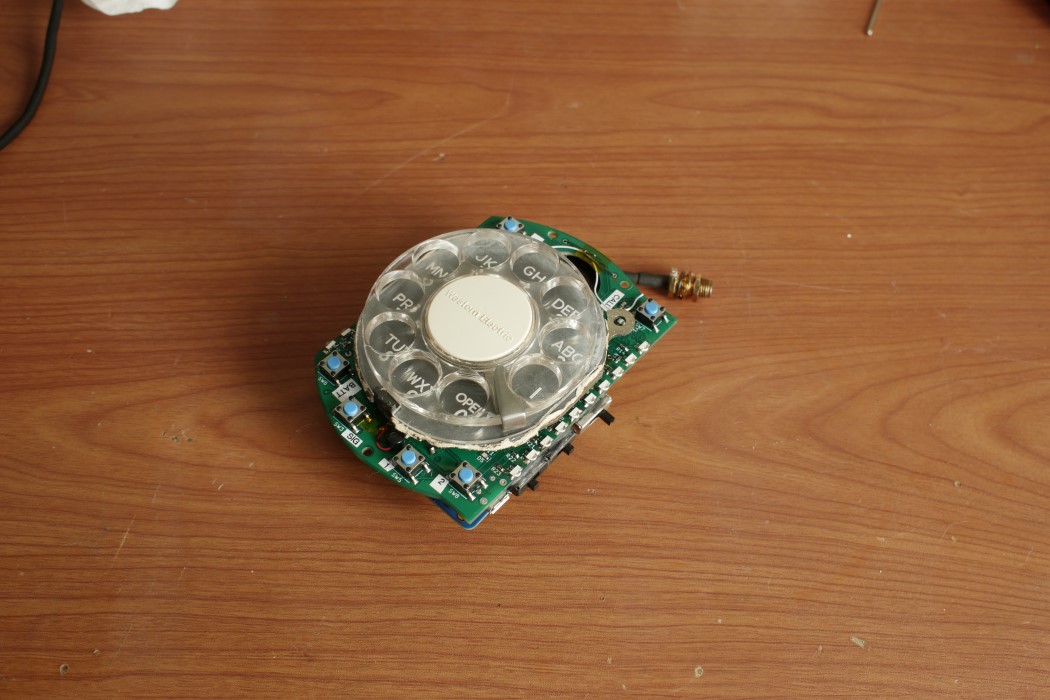 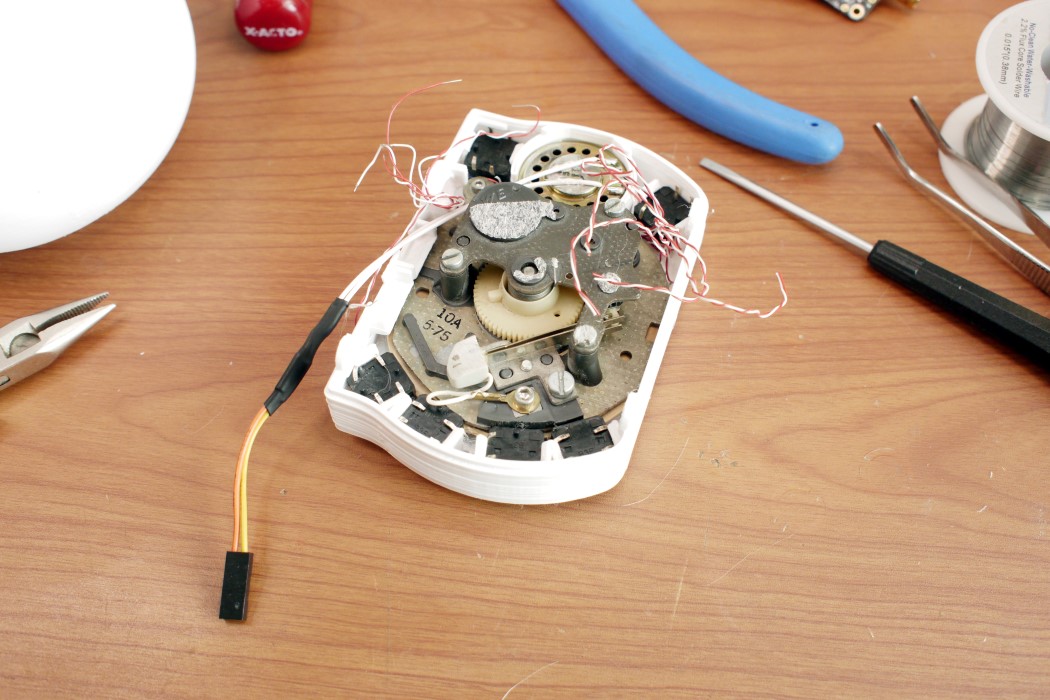 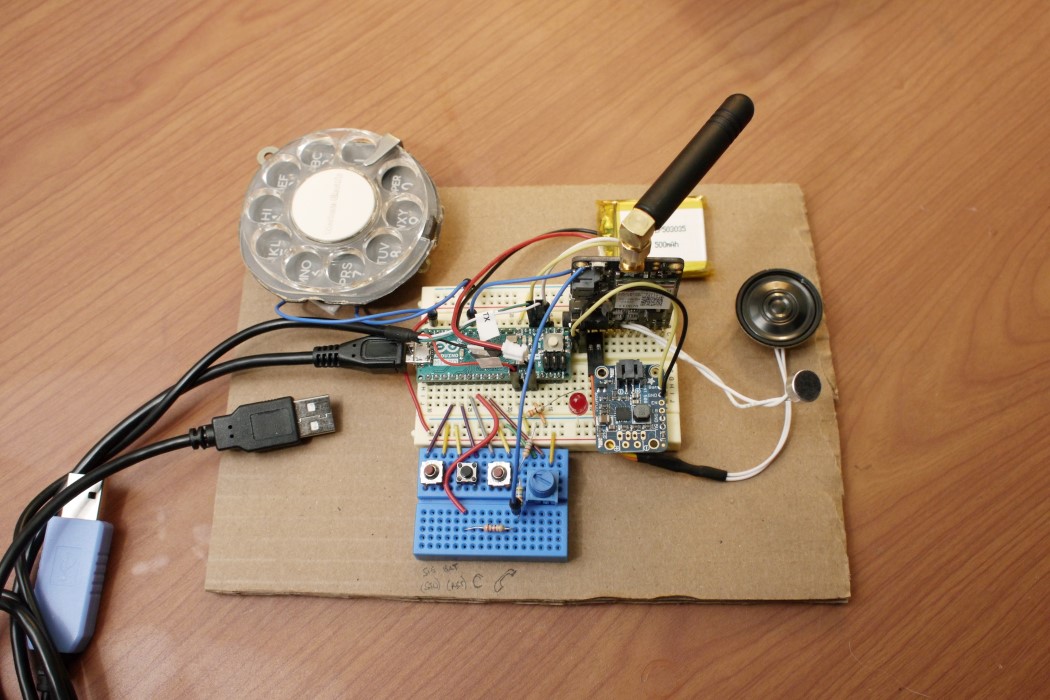 A Lamp You’ll Want to Cuddle

When you use the word ‘soft’ with the word ‘light’ it usually means that the light’s intensity is soft. However the SolarPuff is a different…

Generally we buy a printer to take printouts, but here is a concept that believes in the reverse process…removing ink from the printed-paper! Akin to…

Inline skating has its merits as a true competitive sport but what’s the next step? What’s the next level? Designer Tay Kian Khuan believes it’s…