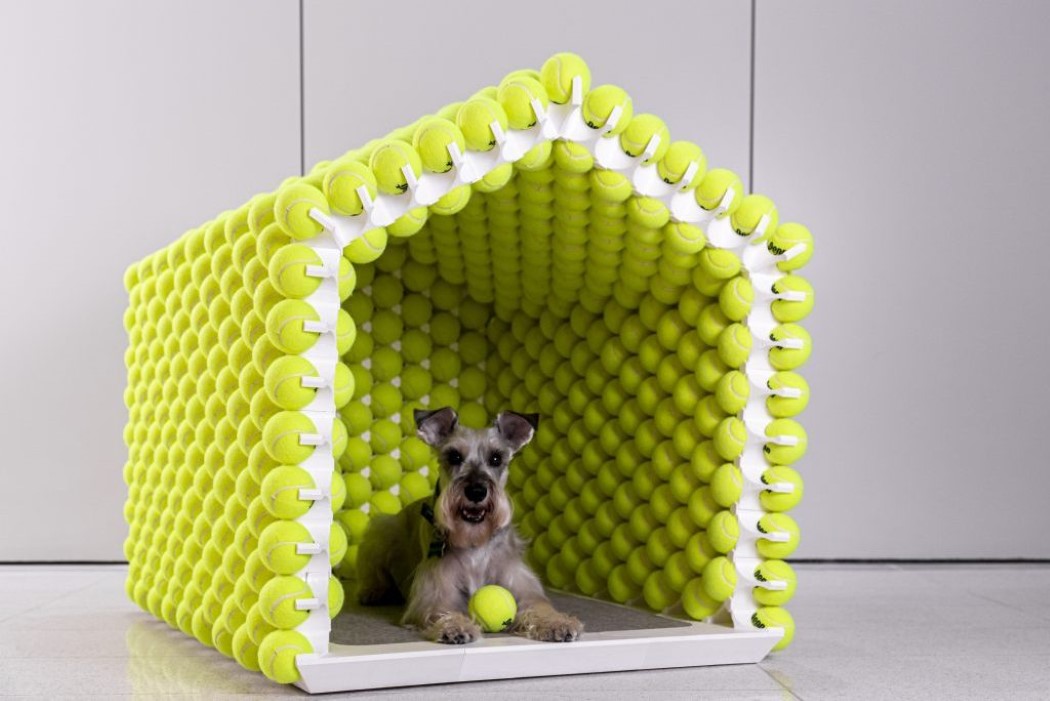 Might I loosely paraphrase Mean Girls this fine Wednesday by saying that this doghouse ‘is so fetch’! Literally titled the Fetch House, this doggy-kennel is made from a 3D-printed skeleton that holds a thousand tennis balls to make what I can only describe as canine paradise. I mean look at how pleased the dog looks in the picture above!

The Fetch House was designed by CallisonRKTL as an entry into the Bark + Build Pet House Design & Build Competition held in Dallas, Texas. The house (designed to shelter one incredibly happy canine) comes with a modular internal structure that allows you to compression-fit as many as a 1000 tennis-balls into it. The balls can randomly be pulled out of their individual enclosures for the purpose of playing fetch (hence the name), and can easily be press-fitted back in when done. Conversely, owners can add fewer balls to form patterns in the facade or create windows for light and ventilation. “Ultimately, we would like to create a platform that allows individuals to customize the doghouse design based on their specific dog,” says Brendan O’Grady, VP of CRKTL’s Dallas office. “They can then download the digital model and use a local maker space or their own desktop 3D printer to fabricate the structure.” Now isn’t that just paw-fect? 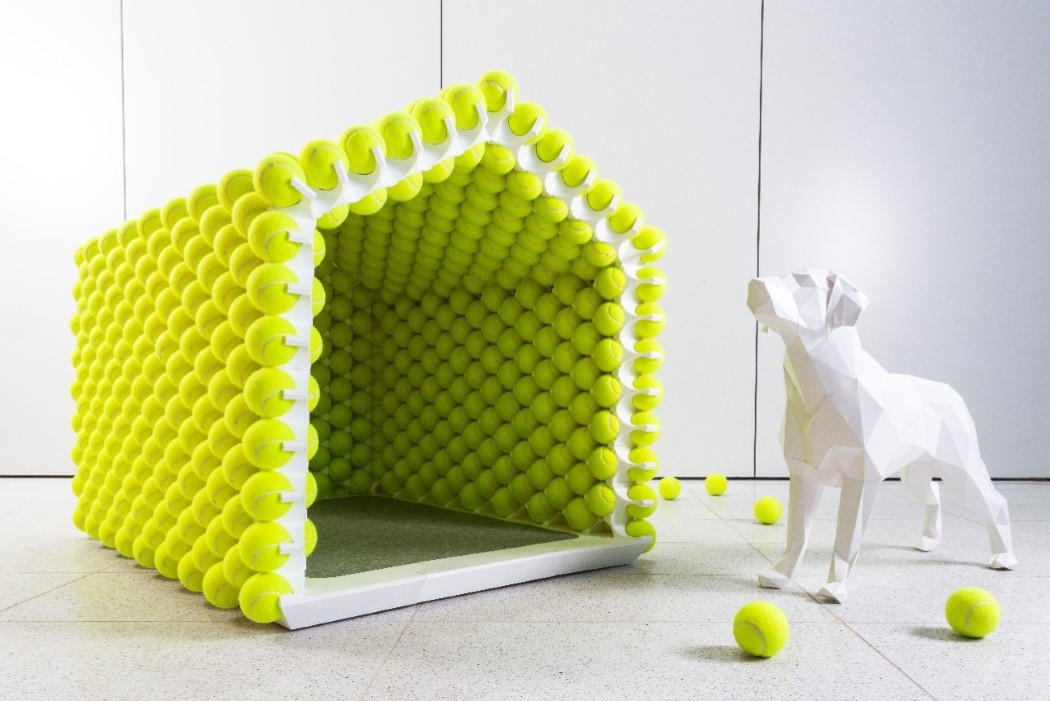 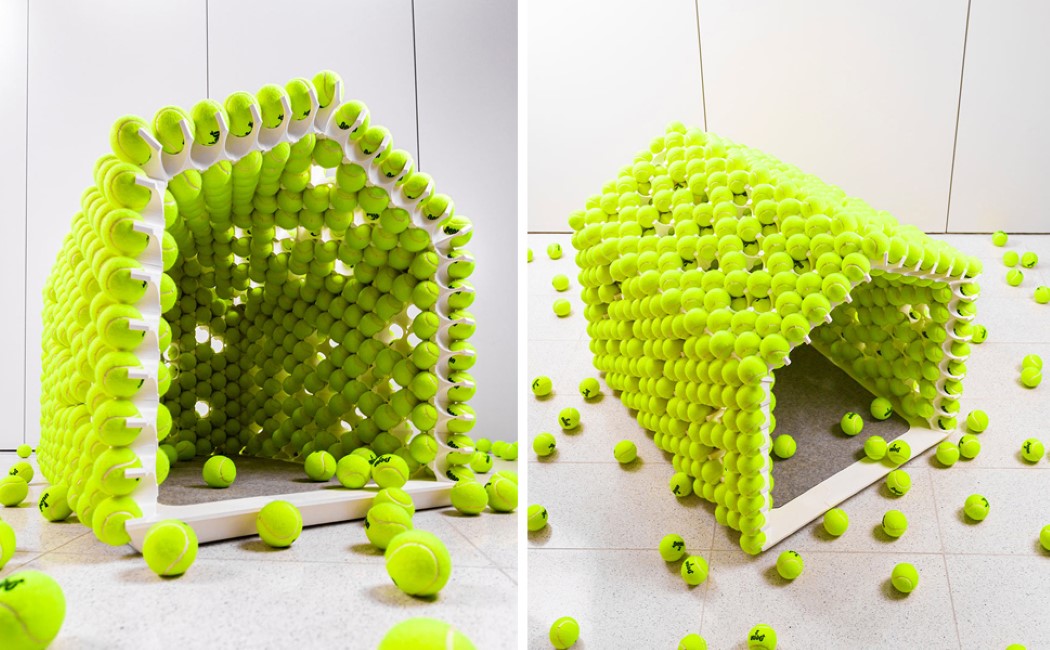 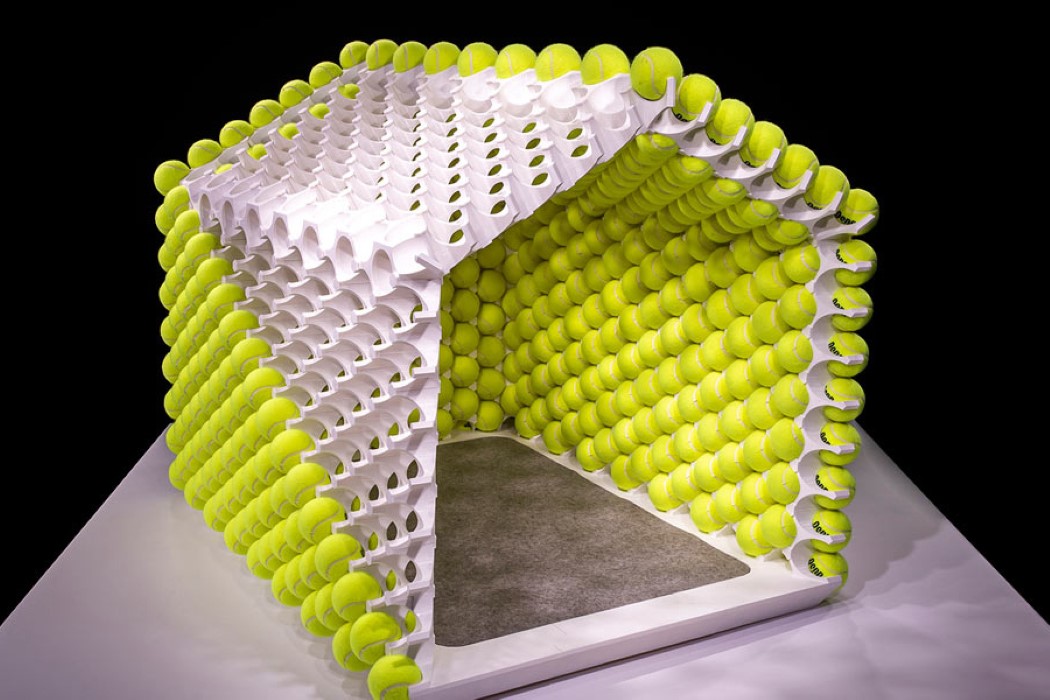 Un-clutter Your Rooftop For Santa

Every year Santa lands on my roof and manages to screw up my TV antenna’s position and thereby ruining the reception. Is it asking too…

That’s not a combination you regularly see. Wooden furniture is known to be robust, and hard. However, Benjamin Hopkins got inspired by the frigid winders…

I use a Wacom everyday and love the experience except why not just make it a screen with multitouch? I was delighted when a twitter…