Designed to help you switch things up, Boslla’s LED headlights are the most powerful in their class (even outshining Halogen and Xenon bulbs) and are designed to work under extreme conditions, be it scorching summers, frigid winters, or powerful rainstorms… but their most unusual feature is that they pack a set of RGB LEDs too, allowing you to switch things up and light the space up with any color you choose.

Boslla’s LEDs are industry-leading, with a brightness up to 40W that’s thrice as powerful as the brightest halogen light and twice as bright as xenon lights. The LED’s patented assembly comes with a liquid-cooled heat pipe to keep the lights running for longer hours, while the LEDs themselves boast of a 50,000-hour lifespan. The super-bright headlights help you see much better on roads in low-light settings, and to help make driving safer even for on-coming traffic, Boslla’s innovative low-beam mode features a unique beam design that avoids creating glare for other drivers. In the daytime, you can easily switch to a less-bright DRL setting, but with Boslla’s lights, you can do much more than just having ambient white light. Its RGB DRL mode lets you choose from a wide variety of colored lights!

Boslla’s RGB LEDs exist as a separate feature, to be used aside from the regular headlights of the car. Designed to work at parties, outdoor events, or just as one of those little impressive features like giving your car an underlight or LED strips on the interiors, the LED’s RGB mode is a neat differentiator, allowing you to set your car apart. In 2011, the EU passed a bill stating that all cars must have daytime running lights as a safety measure. Boslla’s RGB LEDs follow standard EU regulations while bringing an element of fun to the driving experience, allowing you to customize the color of your lights as you drive around in the day. Alternating between the LED’s powerful headlight and fun RGB mode is as simple as switching the lights off and then back on. The LEDs are up for grabs on Kickstarter, and you can easily find which size works best for you by using the handy Bulb Size Guide on the Boslla website. 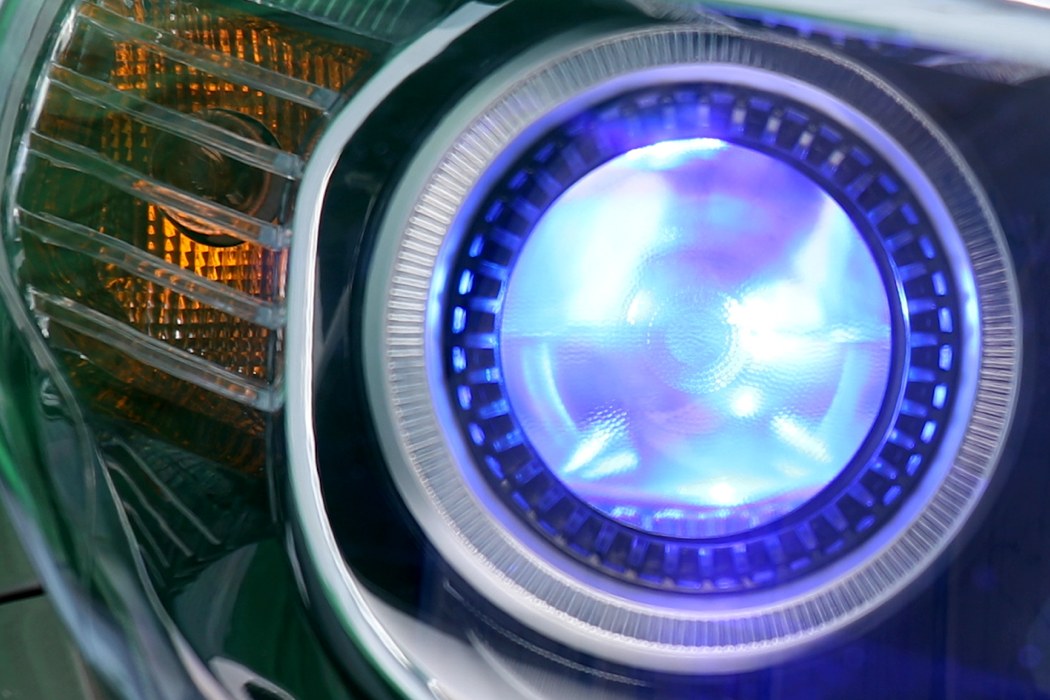 The up-to-40W high-brightness illumination guarantees a super clear vision and your safety at night. 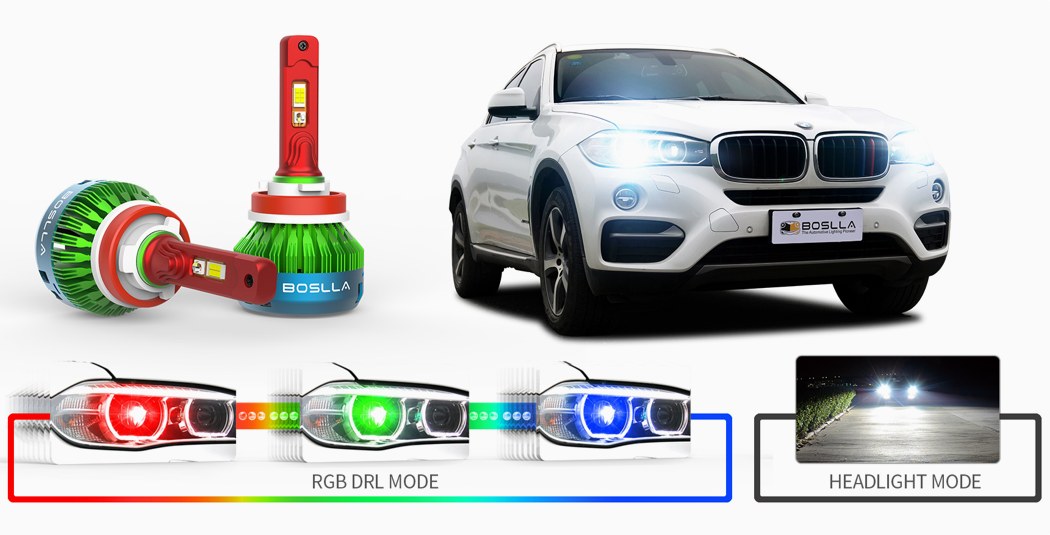 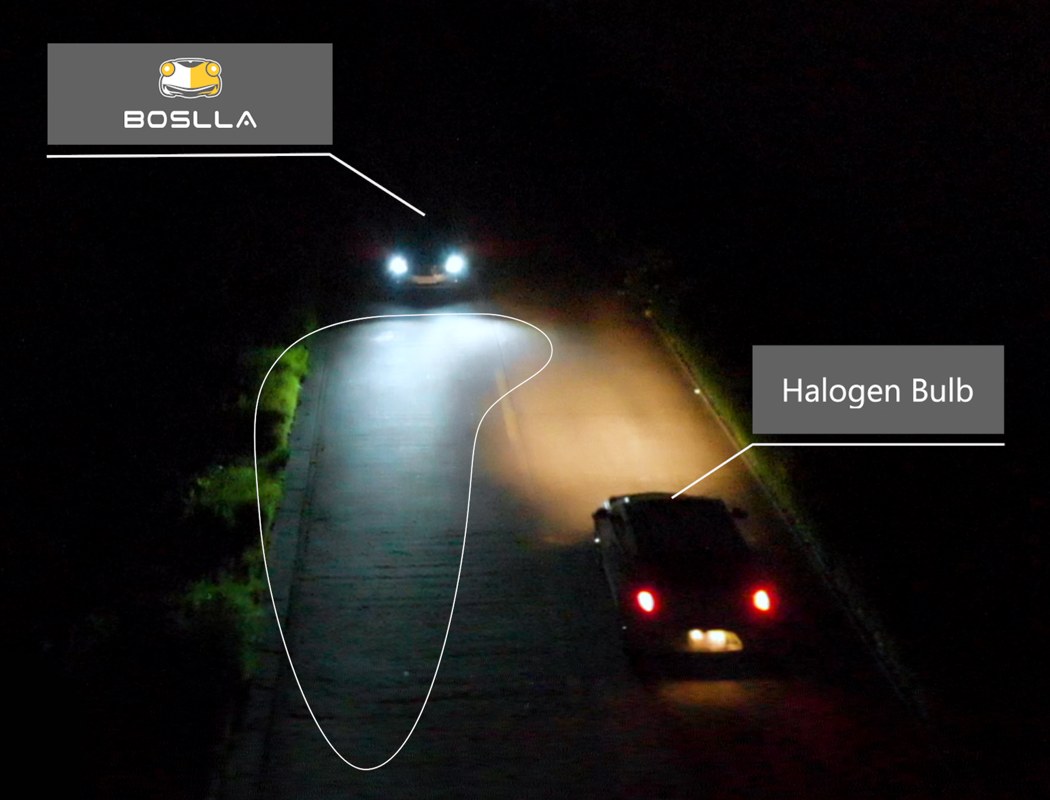 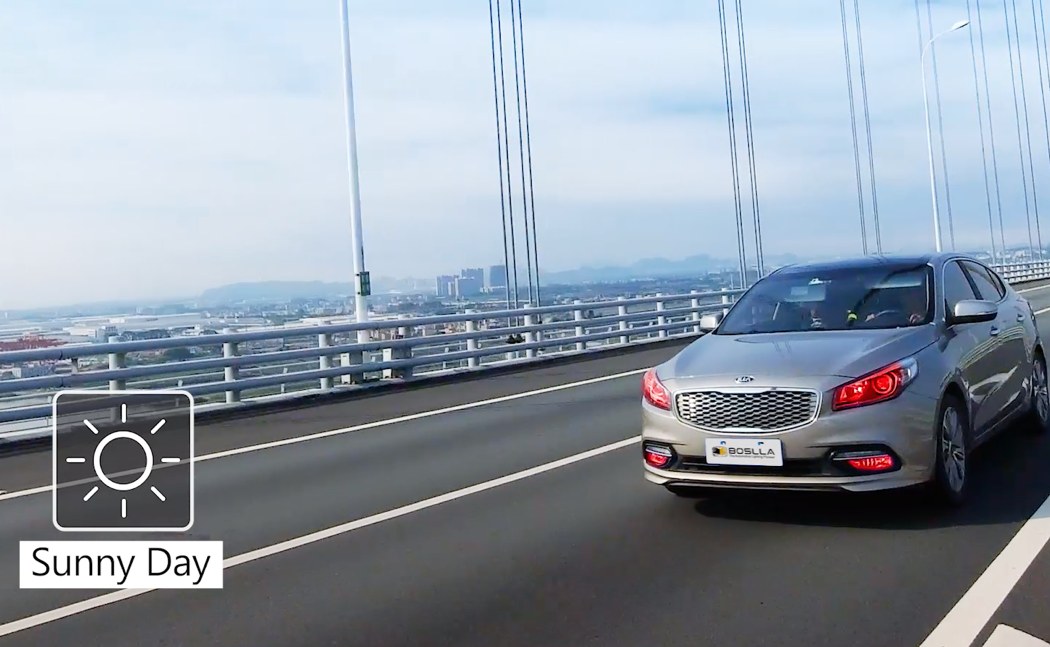 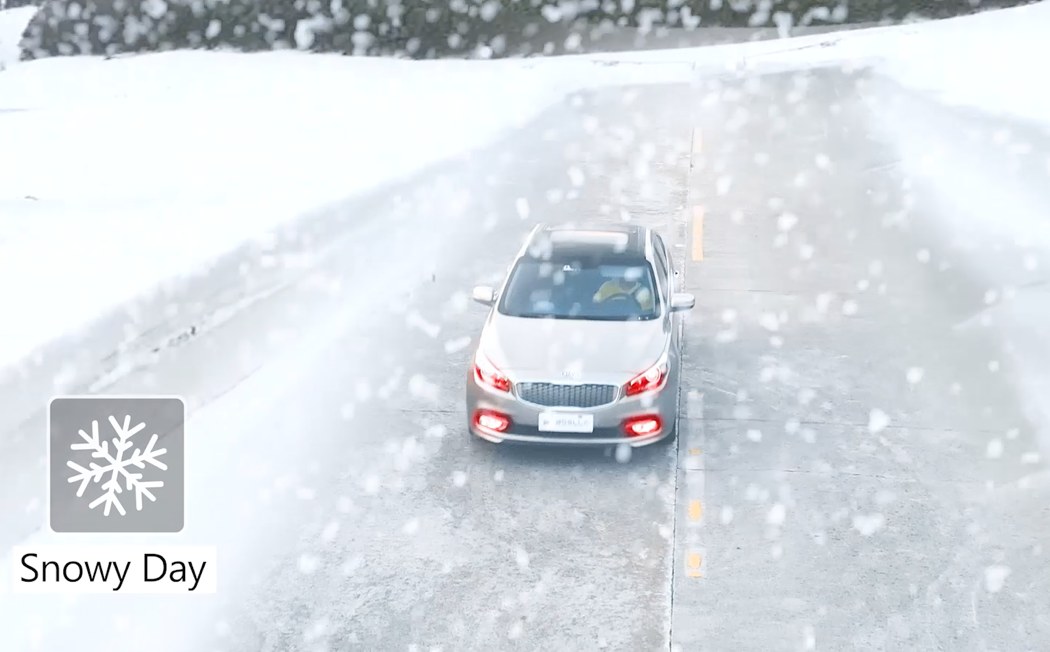 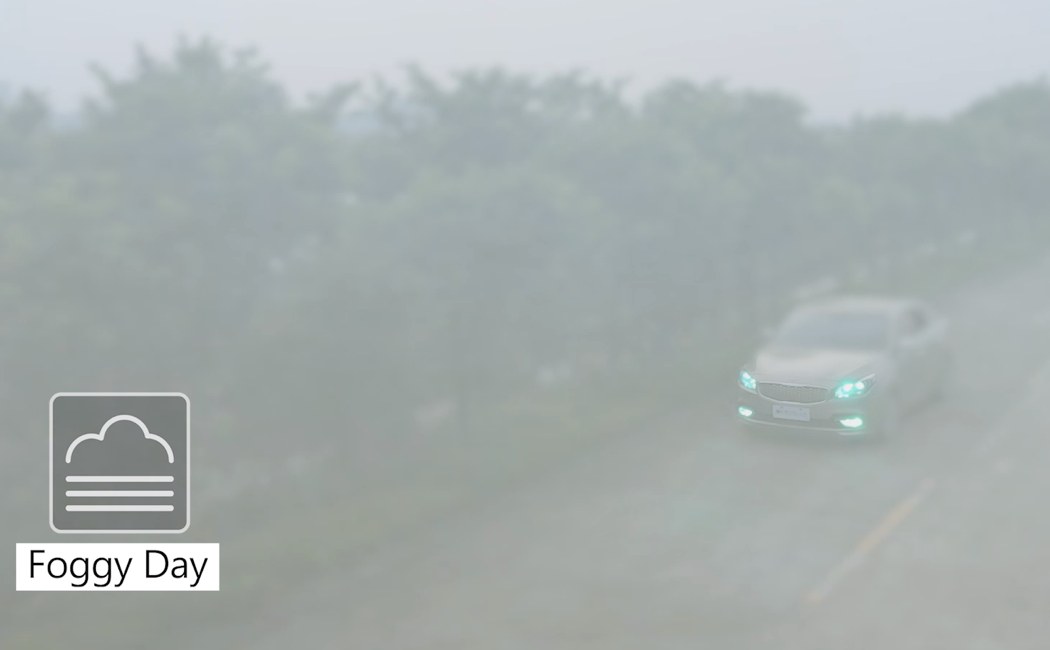 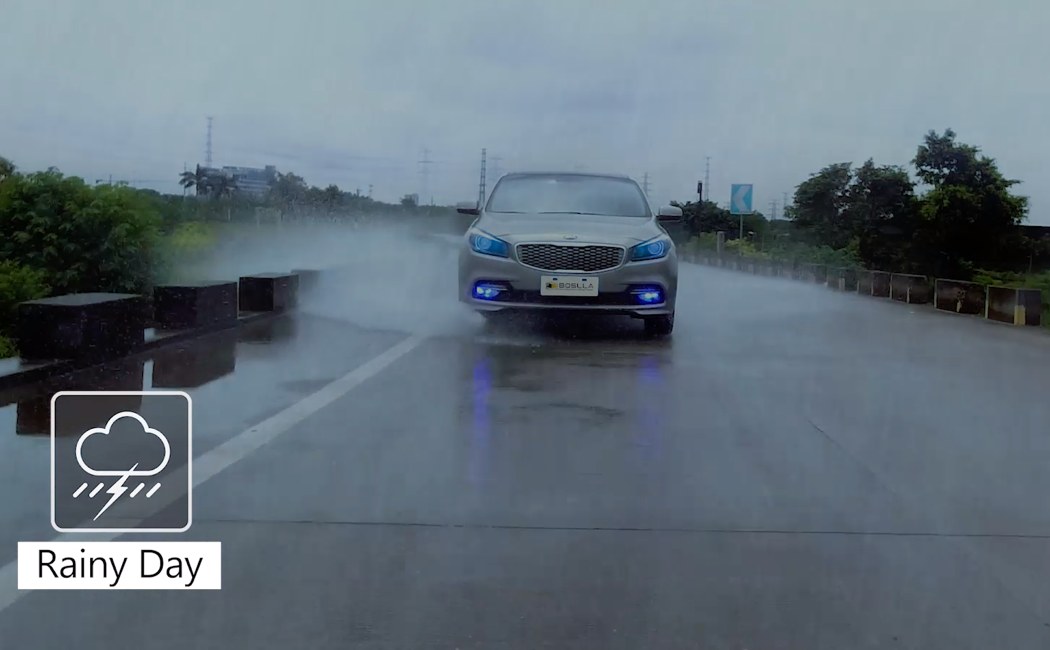 How to Change Modes

Just need to switch OFF and ON to change between Headlight Mode and DRL mode. 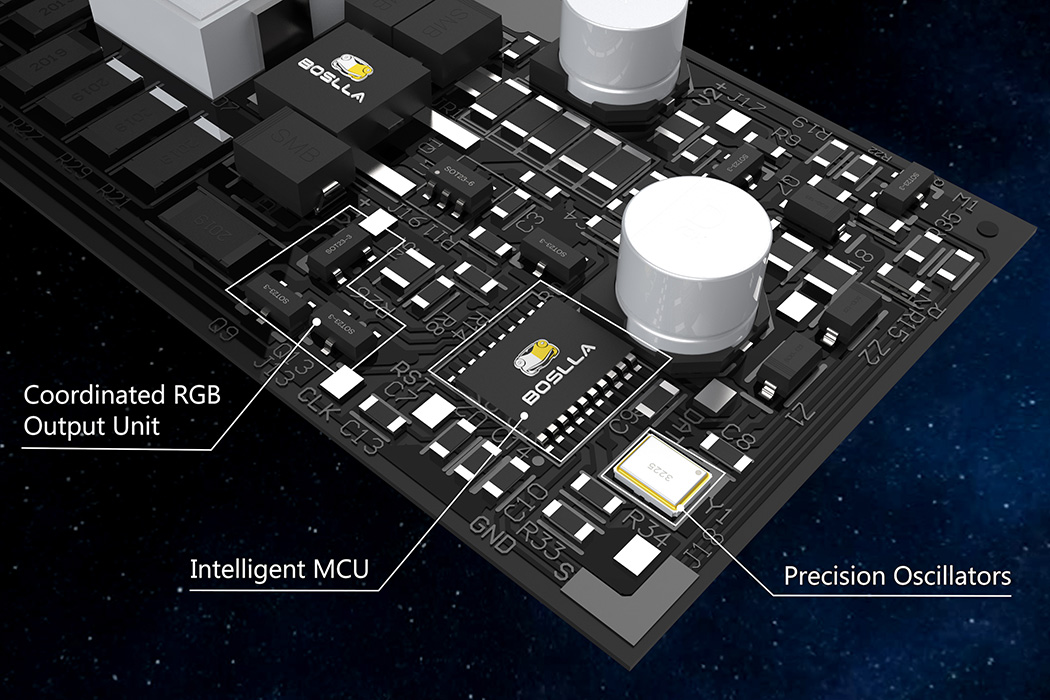 Boslla vs Xenon vs Halogen Bulb

Whether it’s traditional halogen bulb, xenon bulb or Philips LED headlight, they are headlights only. BOSLLA RGB has both headlight and DRL functionality.

Boslla RGB is 3 times brighter than the halogen bulb and twice than the Xenon bulb. 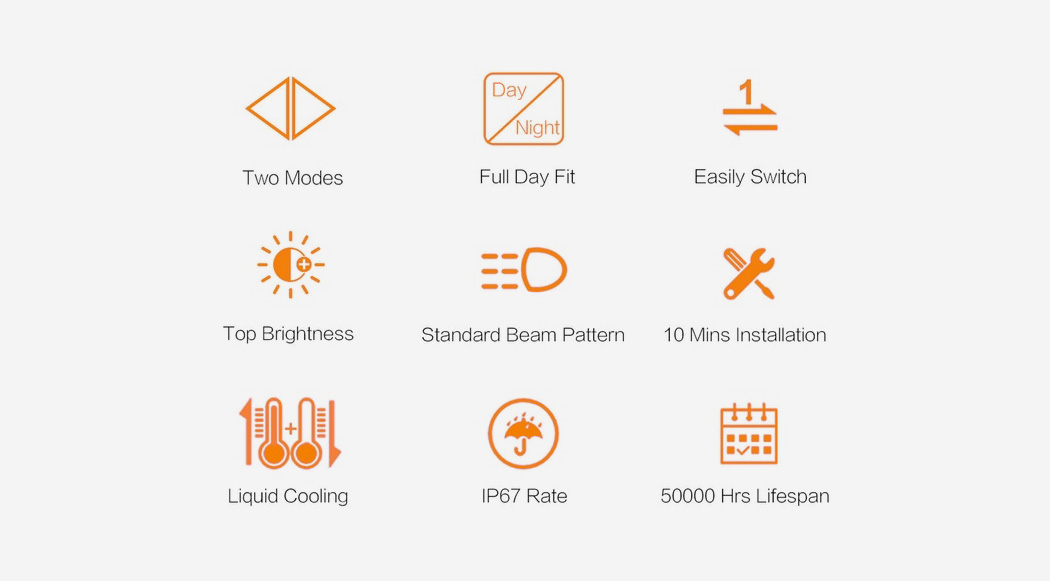 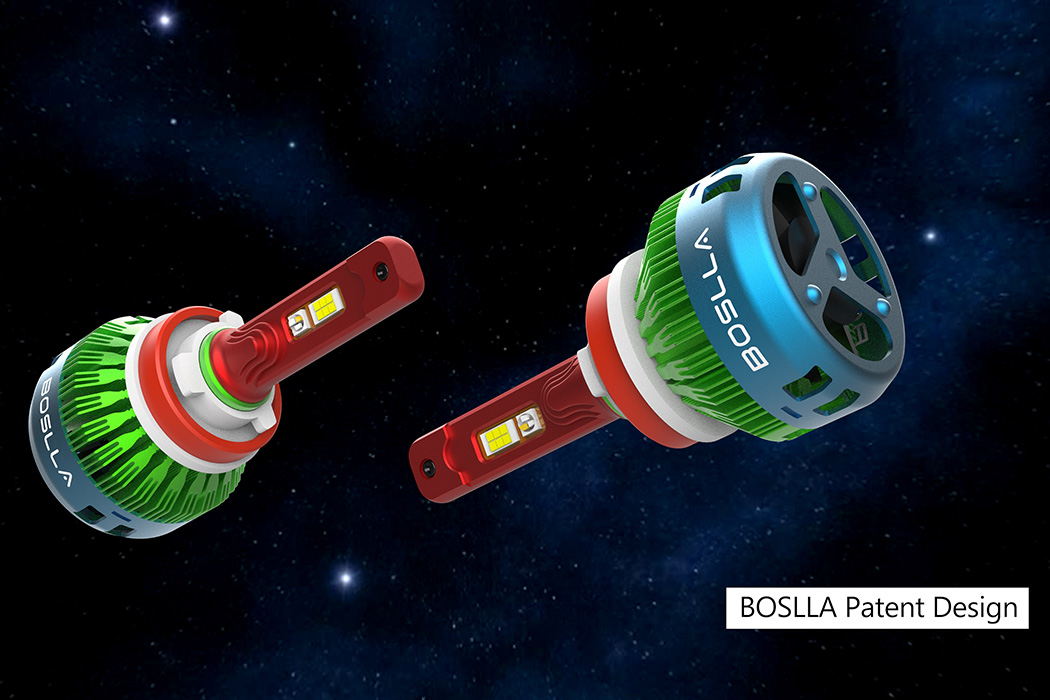 I cringe every time I see an ice skate in a horror movie… you know that thing is going in someone’s head! You’d think that…

Yup, that’s what you’ve literally got to do to lock your cycle, when you are using the Quick Stand & Lock, locking system. The locking…

This racing bike is sure to turn heads whether you’re tearing up the asphalt or carrying it in-hand. This concept by Allen Chester G. Zhang…

Love this &B laser beam light concept for bikes! It’s an amazing way to make your presence felt on the road and be safe. I…