I’ve seen quite a bit in my life, but I’ll admit, seeing chess pieces move on their own to respond to a player’s actions still manages to give me a head-rush. Square Off, a phenomenon that started in 2016, is back with their latest autonomous AI-based board games, the Neo and Swap. Neo and Swap build on the same principle as their predecessor, but now in a smaller, faster, and better package. The boards come with an internal mechanism that makes the chess pieces move on their own to counter your moves, allowing you to play with the board’s internal AI or even someone across the continent! Your opponent could either be playing online, or on a Square Off board of their own. The result is hypnotic, giving the feeling of playing versus an invisible opponent as the chess pieces move autonomously, weaving through pieces to make their move like something out of a Harry Potter film.

Founded by Bhavya Gohil and Atur Mehta in Mumbai, India, Square Off set on a mission to help people play board games like never before. With the Neo and Swap, that’s now possible, allowing you to play with players online, as their moves in a different country or time zone can trigger moves right on your board. You can even play against Square Off’s inbuilt AI that lets you calibrate the difficulty setting. The Neo is restricted to the game of chess, but the Swap, interestingly, lets you play more than one game. The board stays the same, but by simply swapping the Chess pieces for other flat discs, you can play Draughts, Connect 4, or even create your own game using the game’s open-source software. The board, for something as remarkable as it is, is incredibly portable, with a smooth surface and high-quality gaming pieces. It even features a training coach that goes by the name of Viktor (get it, for victory?) that you can interact with. Viktor can compete with you, guide you, and help you understand how to be a better player, so you’re much more skilled the next time you’re playing against the AI, or with your best friend who lives in the other end of the world.

Square Off’s boards rely on a robotic arm with a magnet at the end of it that can latch on to a piece from underneath the board, and maneuver it to its new position. All this happens instantaneously, and silently, to give you the illusion that an invisible hand is maneuvering the pieces around. The board is intelligent enough to know how to move the piece without knocking other pieces over, and it takes all its commands from a computer that either games with you on its own, or syncs with an online game from an opponent playing remotely. While Neo sticks to the game of chess, Swap lets you dabble with multiple different games, and the creators are even working on different swappable board designs that let you play even more games, from Checkers to Ludo, Backgammon, and even more… Hey Square Off, in true Halloween spirit, how about making an autonomous Ouija board next?! 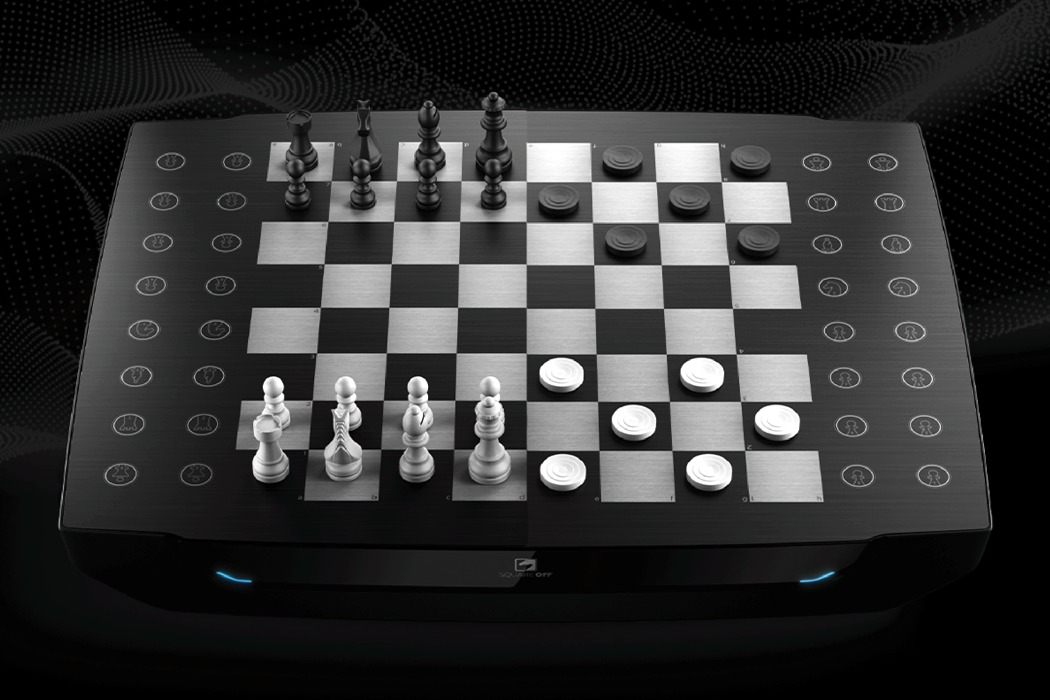 Square Off Neo & Swap – Board Games Powered by Robotics & AI

Play off screen with two globally connected, automated boards with multiple games and a built-in coach. 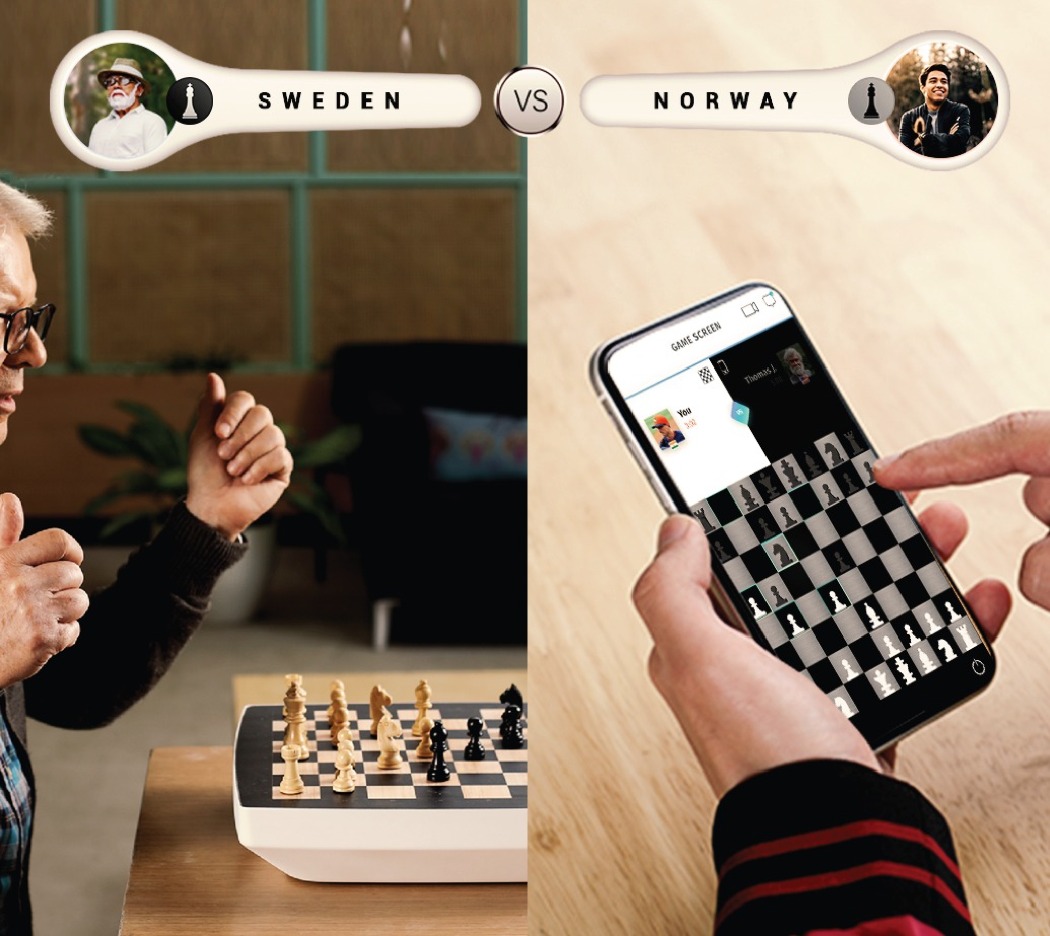 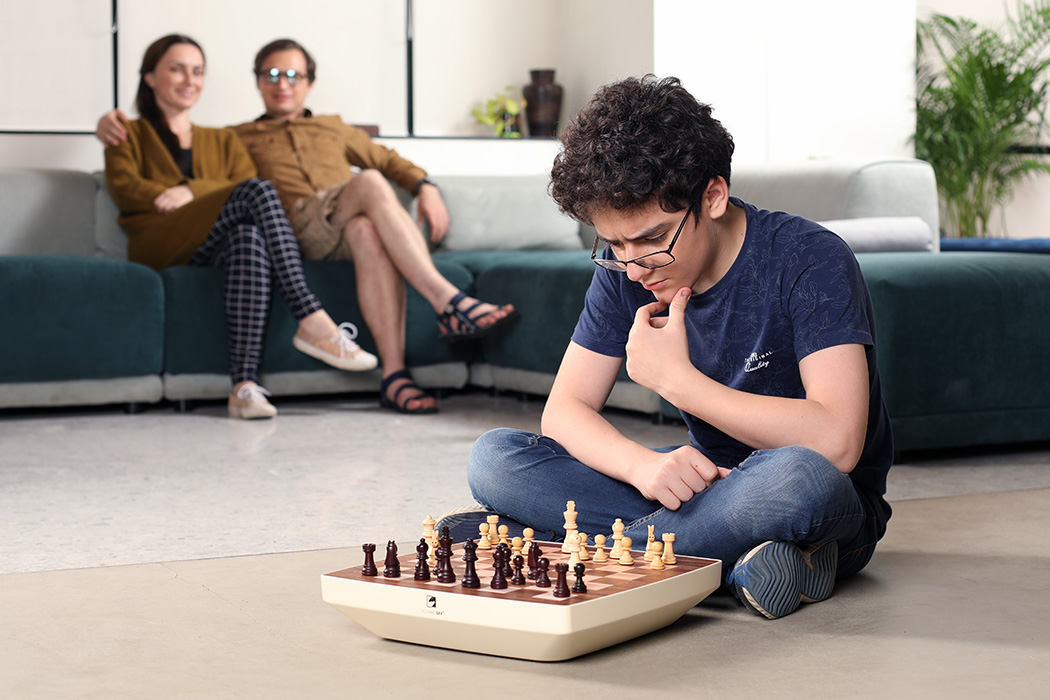 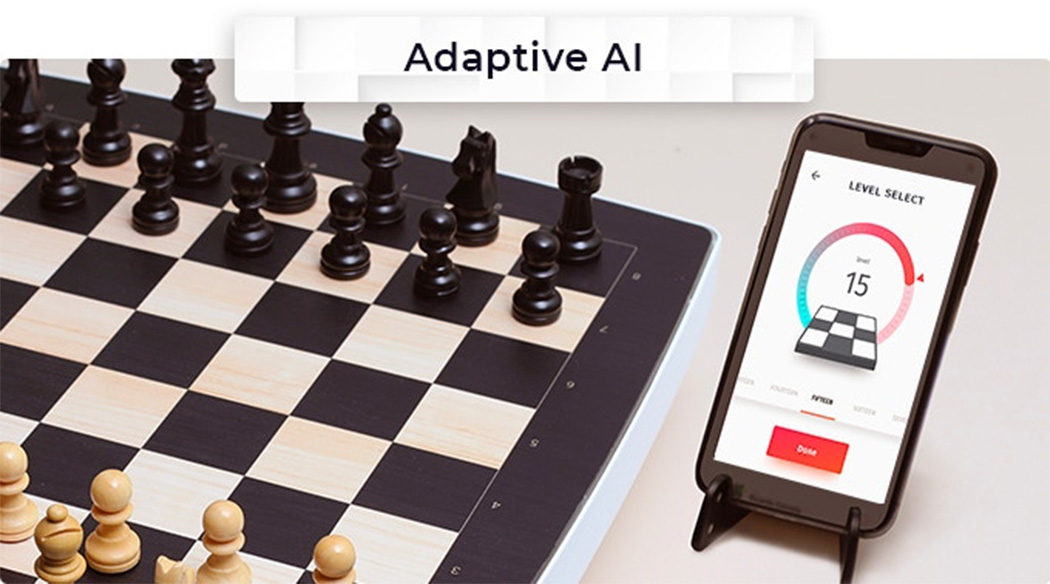 Neo’s built-in AI auto-adjusts to your skill level with 30 difficulty levels to choose from. 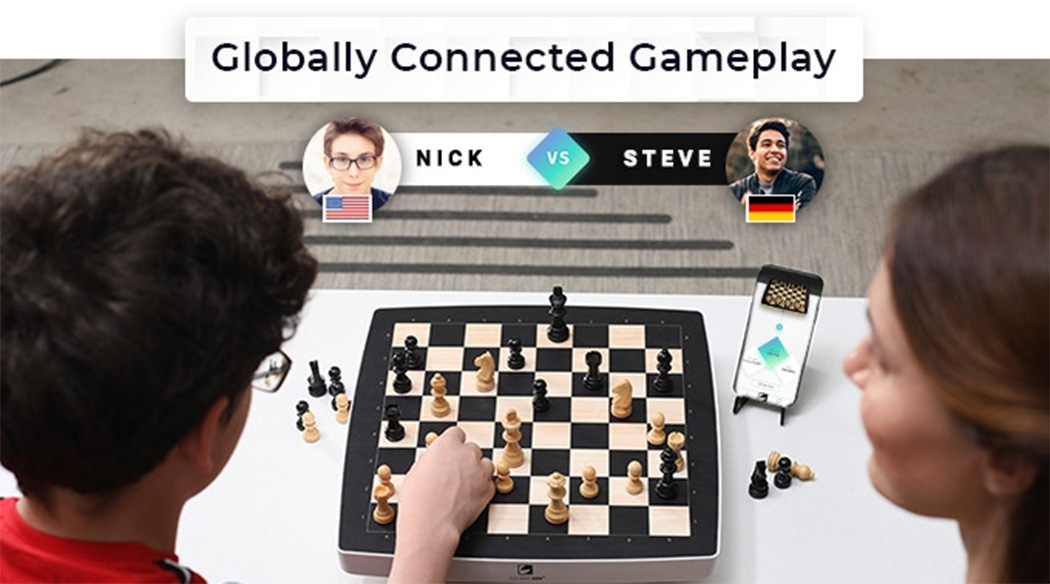 Neo offers you a one-on-one showdown as if your opponent were across the board. The integrated mobile app not just connects you to your friends across the world but also to 30 million+ users on chess.com.

Combining smart digital learning and real-time coaching across various touch points, Viktor, your personal coach, helps you improve your skills by customizing his lessons to match your learning curve.

– Viktor helps you learn chess and sharpen your skills with well-rounded personal training.
– Since Viktor is tailored and not programmed, he uses multiple touch points for coaching, ensuring a holistic learning experience.
– With a customized mix of smart digital learning, puzzles, challenges, practice games, real-time coaching and more, learning with Viktor is like learning with a super-smart friend, at your convenience.
– Viktor not only brings world-class coaching to your home, he does it at a fraction of the cost.

With up to 30 levels of difficulty, Neo’s built-in AI now learns and adjusts its level to match yours. This means, everyone from a beginner to a professional always has the perfect chess partner right in front of them. 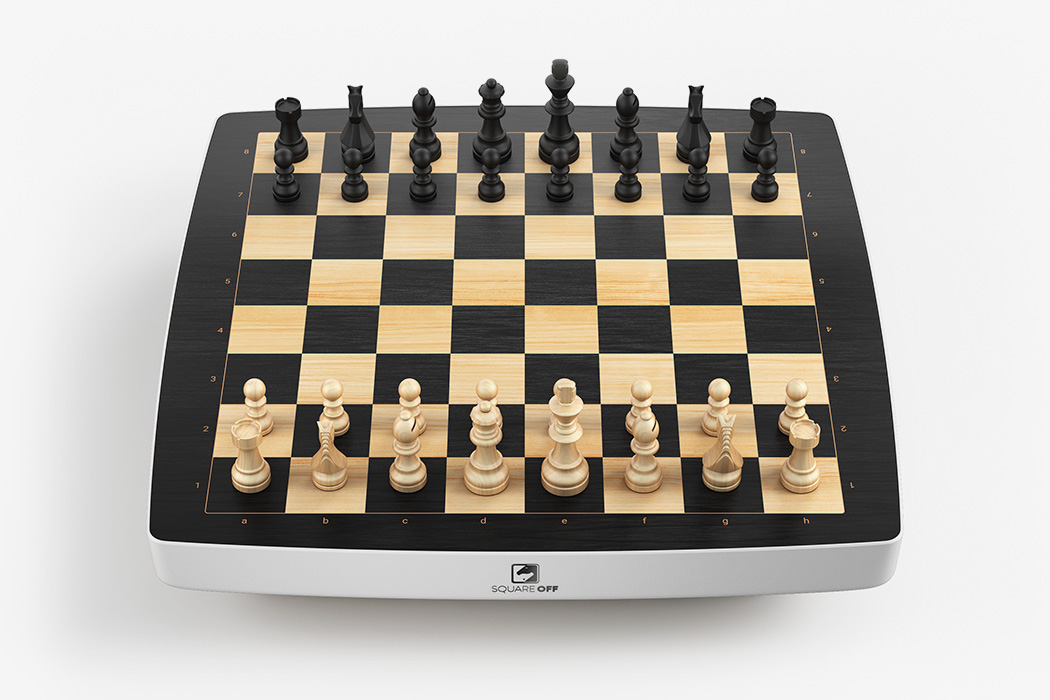 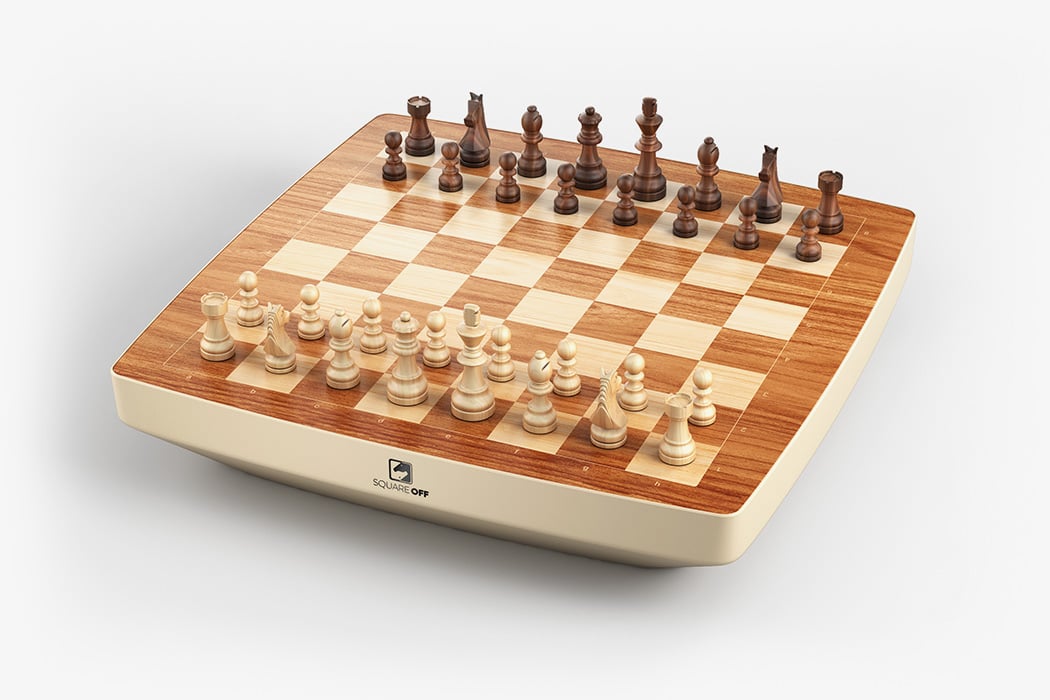 Swap – One Board, Multiple Games 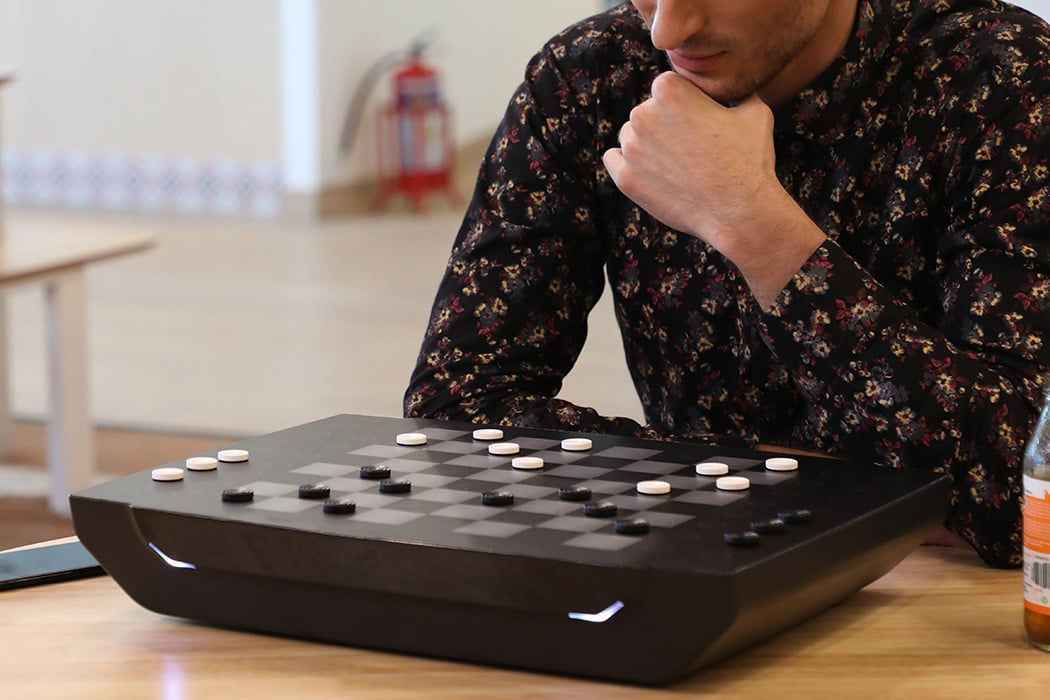 Swap between board games with a single tap. Completely automated and globally connected.

Swap comes with a choice of 4 games to begin with – Chess, Chinese Checkers, Draughts or Connect 4. With its magnetic sensor surface, switch easily between games – simply select the game, change the pieces, and you’re all set for a different experience.

With next-gen robust mechanism powering the board, their pieces zoom across the board, giving you the kind of match you’ve been looking forward to. 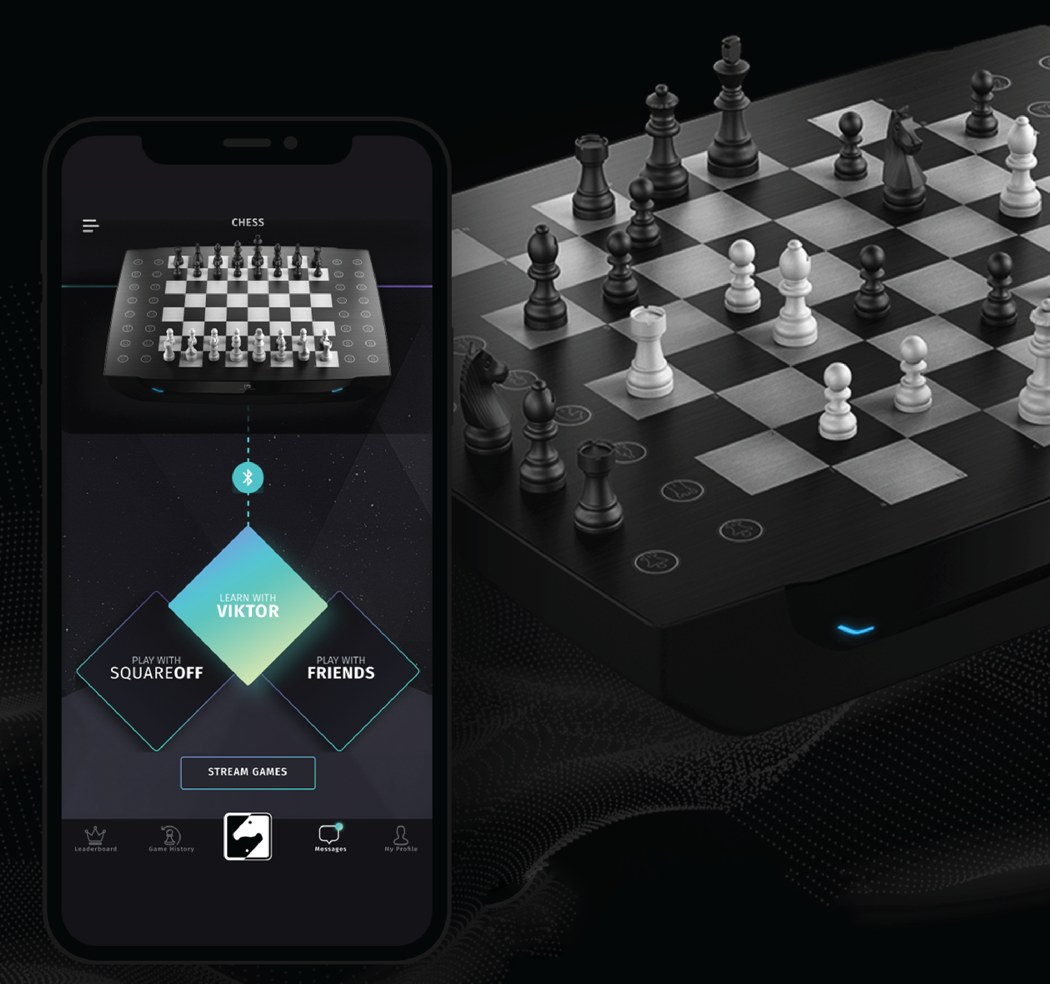 Square Off’s built-in AI adapts to your expertise level, making it the perfect opponent for you to practice with.

Do More With the App 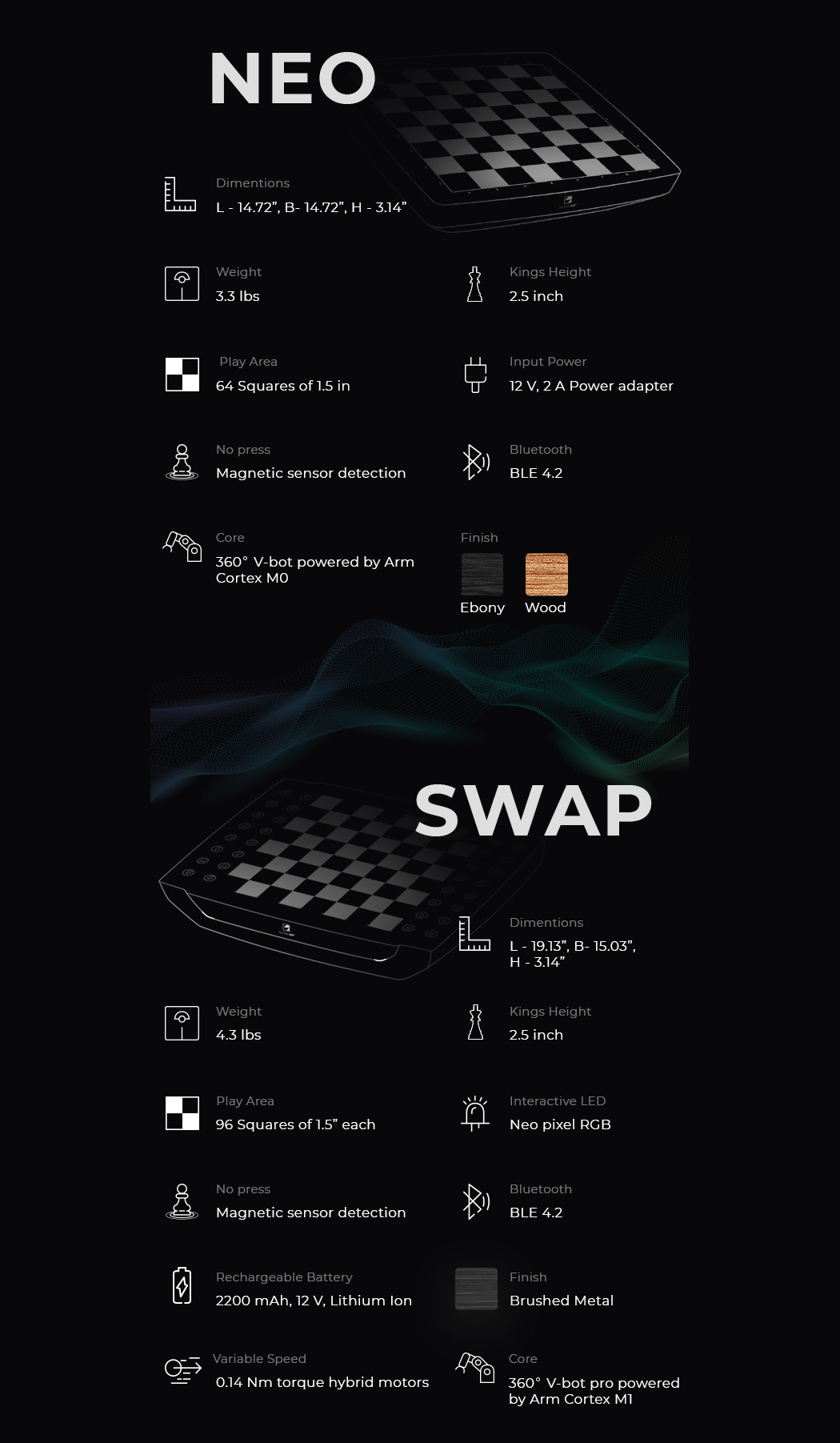 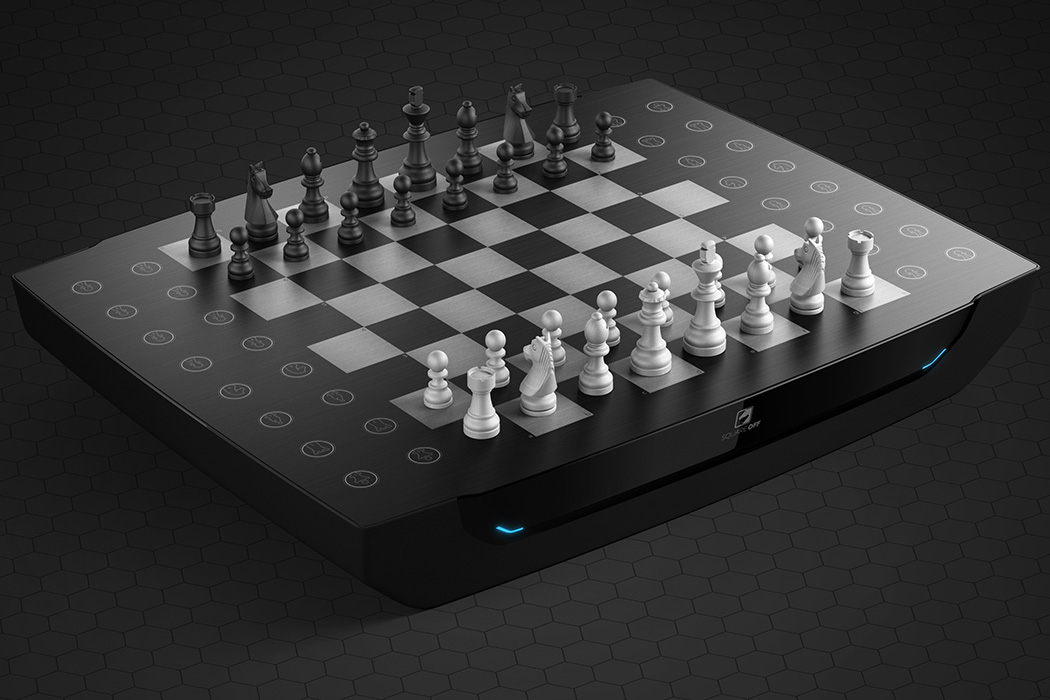 Designer Injoon Yang has grandma to thank for this clever gadget! After noticing her struggling near the refrigerator, he realized she was having difficulty opening…

In case my title wasn’t obvious enough, this is the Ant Table by Oliver Nikolic – a modern take on a coffee table that emphasizes…

Sit On Concrete And Wood

Bench #13 is the latest in the evolving bench series by Nico Yektai. The asymmetrical treatment of the richly colored Sapele components play against the…